One of our favourite cars at the WA Hot Rod and Street Machine Spectacular was also one of the most simple – Jay Harrison’s mild custom EK Holden. It is a neat ride with a cool story

ONE of our favourite cars at the WA Hot Rod and Street Machine Spectacular was also one of the most simple – Jay Harrison’s mild custom EK Holden. It is a neat ride, with a cool story too, as Jay explains:

“The EK and I have had a love-hate relationship since I bought it in 2008. I was 15, had $5000 and was looking to buy something classic that needed a little loving. I had been saving for a car for years, washing Mum and Dad’s cars on the weekends for $5 a pop and putting the money away in the piggy bank.

“When I first got the EK it was a bit sick in the engine department, so the first step was to ditch the tired old grey motor for a 161 red motor. It would have been cool to keep the sideplate, but it was just cheaper to put in the red and a Trimatic auto.

“Once I got my licence, the EK got me to and from high school, and the summer after I finished was one to remember – cruising to the beach, to car shows, and with my mates. Over the next couple of years the car copped its share of hidings, including a few dents from a hail storm. A netball post fell on it at one stage too, and rust started to creep though, so I pulled it off the road for new running gear and a freshen-up.

“The motor in it now is a hot 202. It’s a bit of a mystery motor, but it has a pretty lumpy idle, so I’m thinking it has a decent cam. It is hooked up through the original Hydramatic column shifter. To run the 15-inch chromies, I had to change to HQ stud pattern, so it has an HR front end with CRS drop stub axles and HQ discs, and a shortened VN disc-brake diff.

“I guess I was going for a bit of a 60s mild custom look with the blue paint and white trim. The paint is actually a Ford Fiesta colour, Vision Blue. There are only a few body mods, as I had to put most of my time and money into getting rid of rust. The seam on the front guards has been welded up, the bonnet badges are gone and the boot lock is shaved. I also spread the front over-riders out to make it look wider. I’d like to tuck the bumpers in closer to the body though, and one day I’d like to convert it into a two-door.

"The EK lives in my grandma’s garage next to my ’32 chassis, which is my next project: a black, five-window coupe. I would have liked to find a Y-block for it, but I ended up with a 302 Windsor crate motor and a Tremec five-speed. I’m thinking I’ll put triple Stromberg 97s and all the old-school dress-up gear on the 302. The body is from Rod Bods, it is going to be fully-fendered and dressed.

“I’d like to thank John Gilbert who helped me out a lot, Dave at Gas 78 Industries for paint Drew Menzies, Brodie and Leigh Mitchell, the crew at Armadale Auto Parts and to Boris and Andrew for organising the photos.” 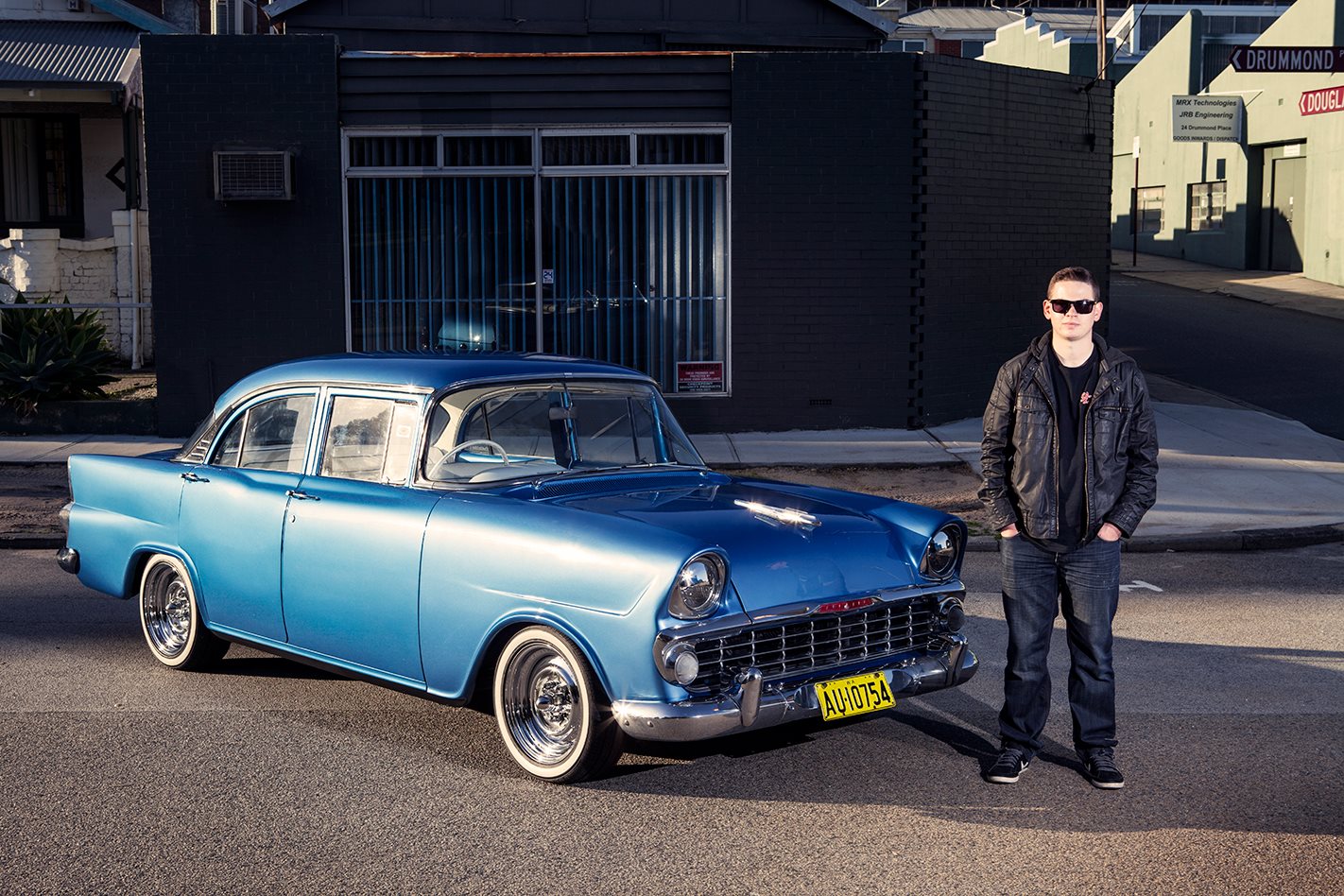 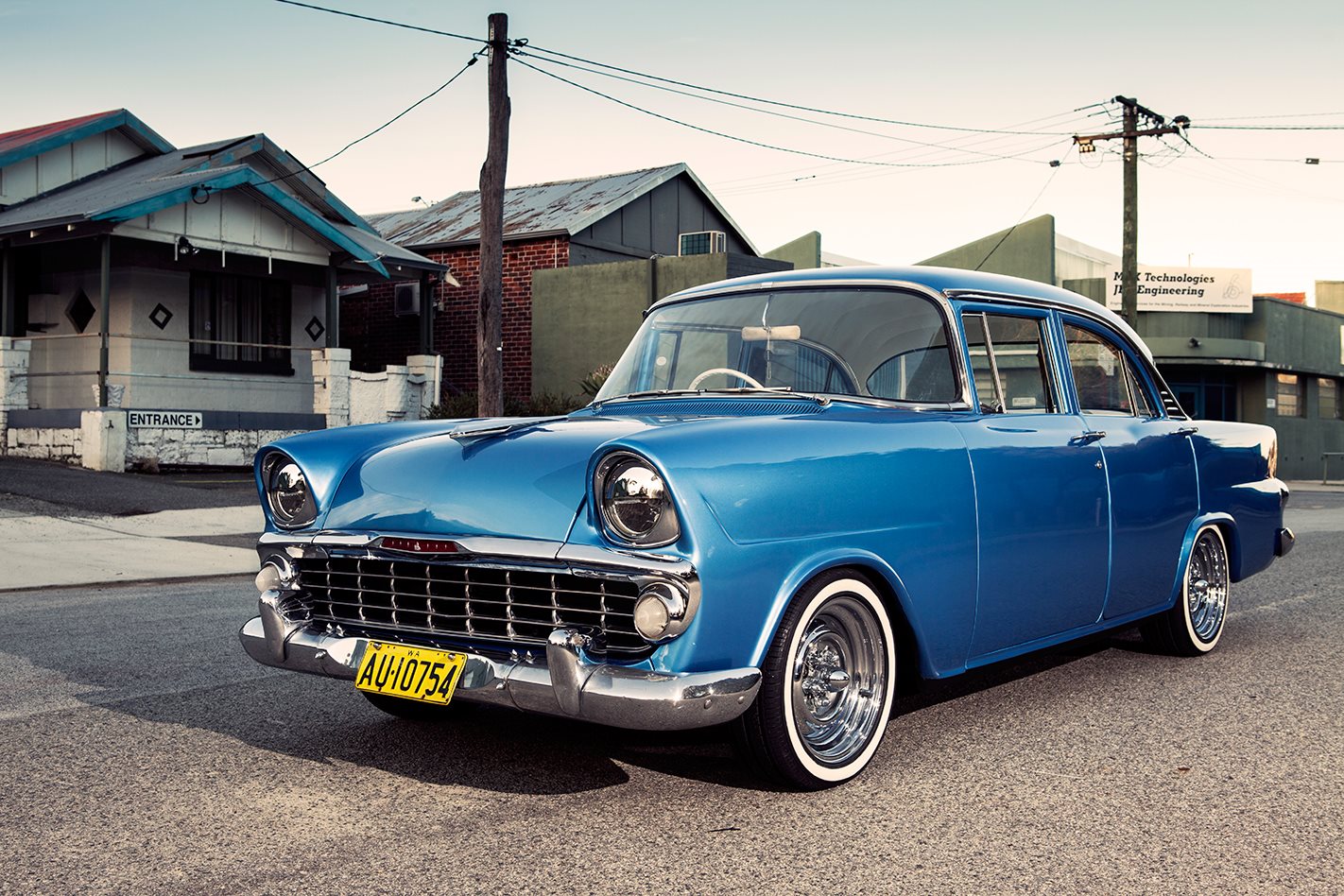 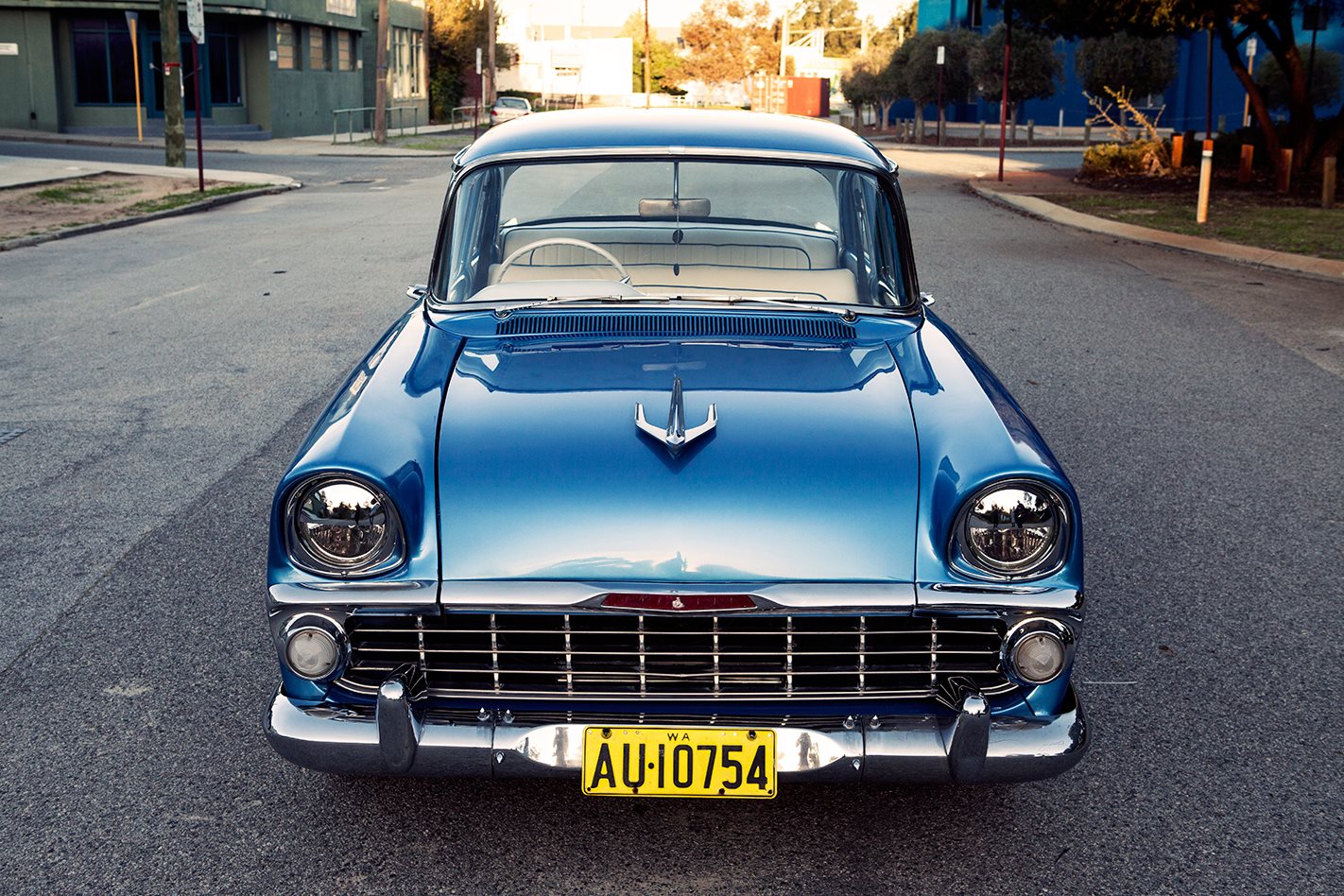 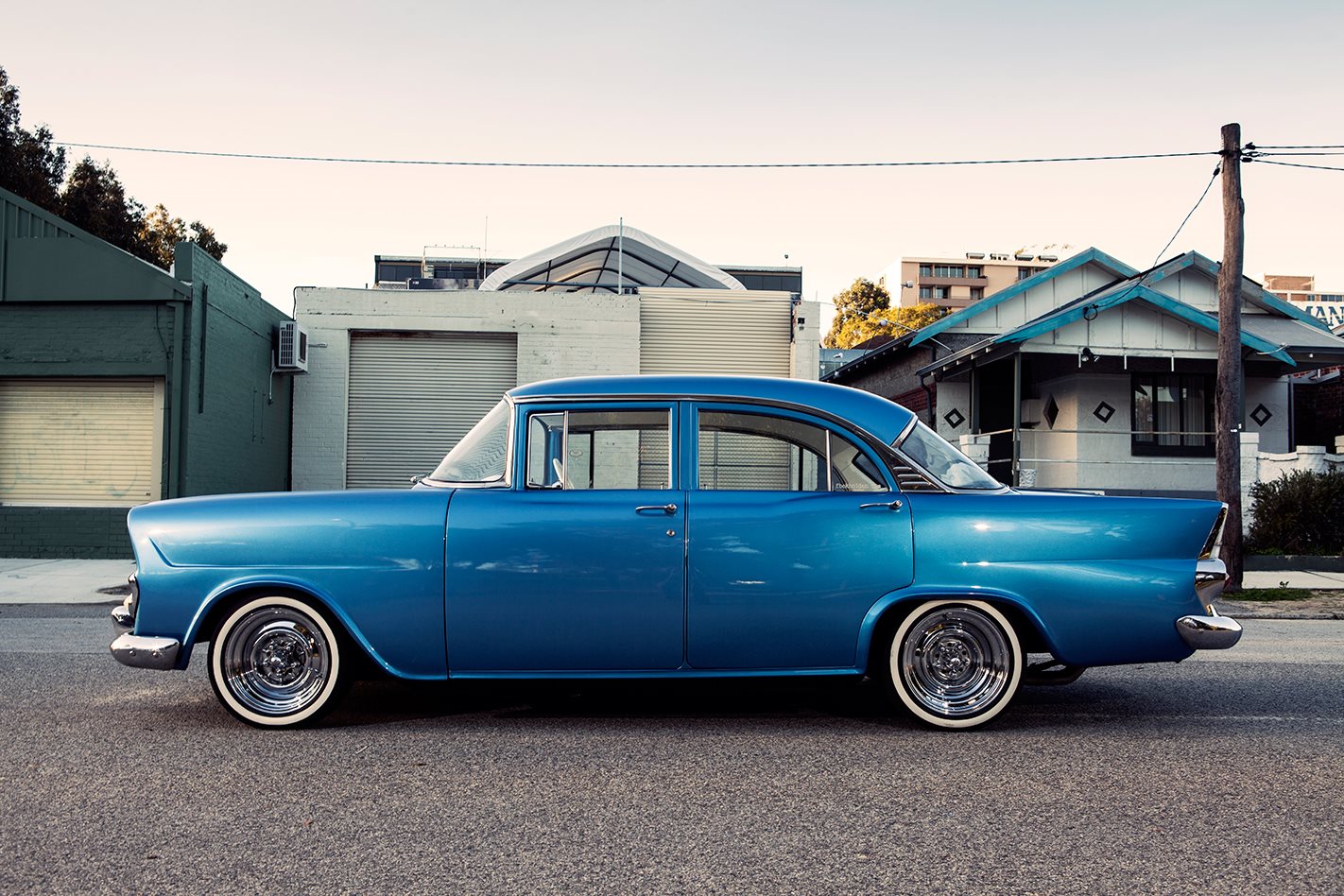 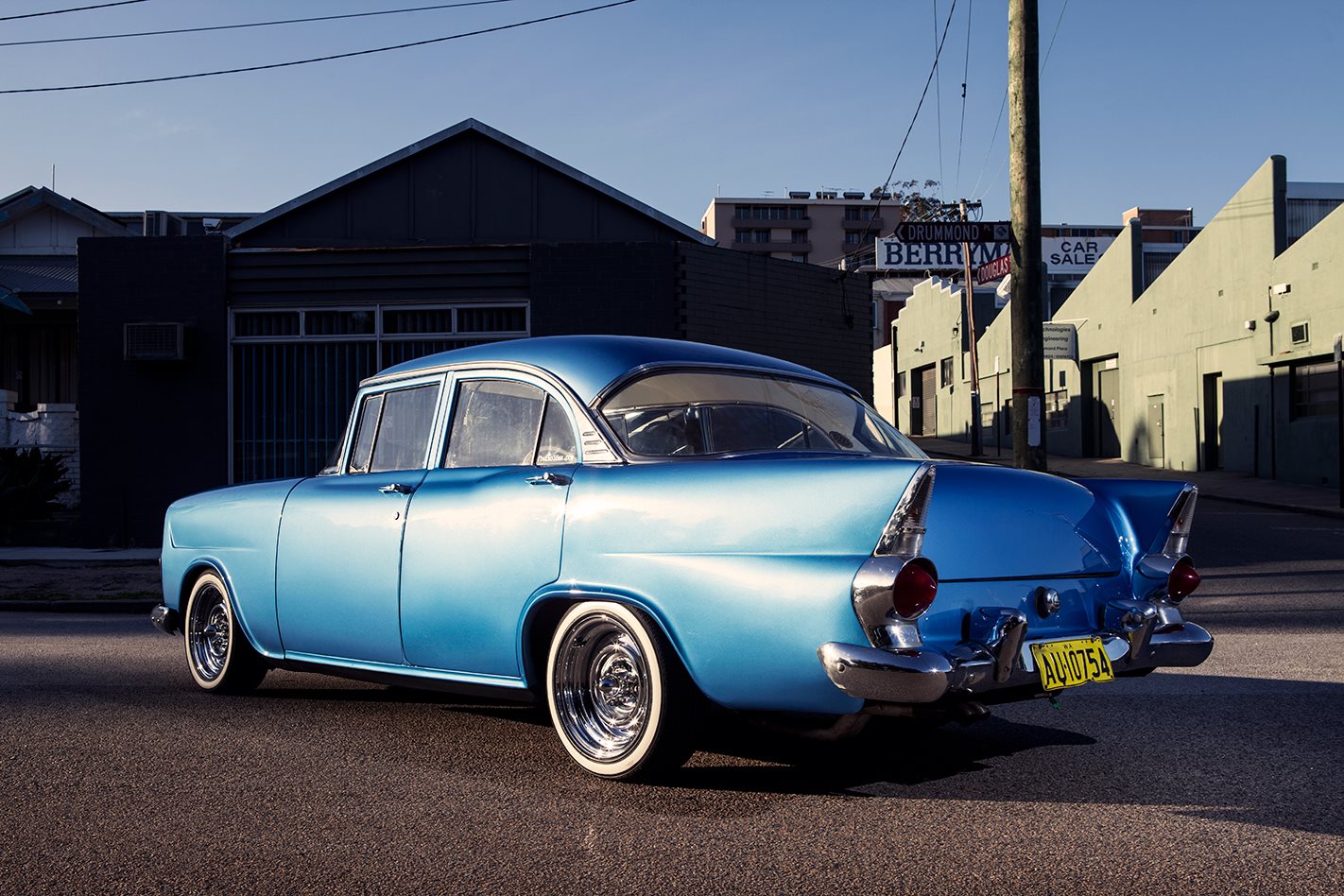 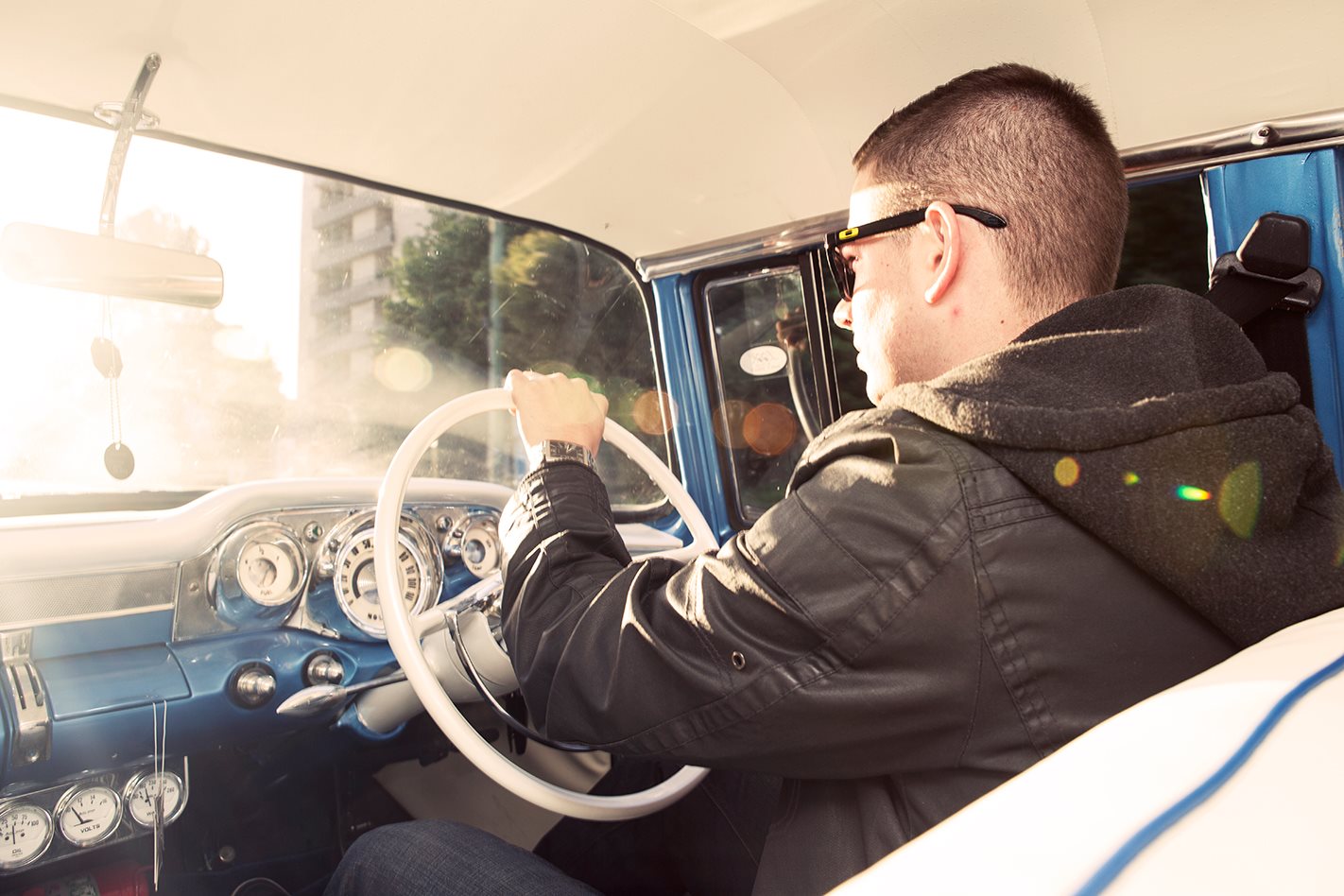 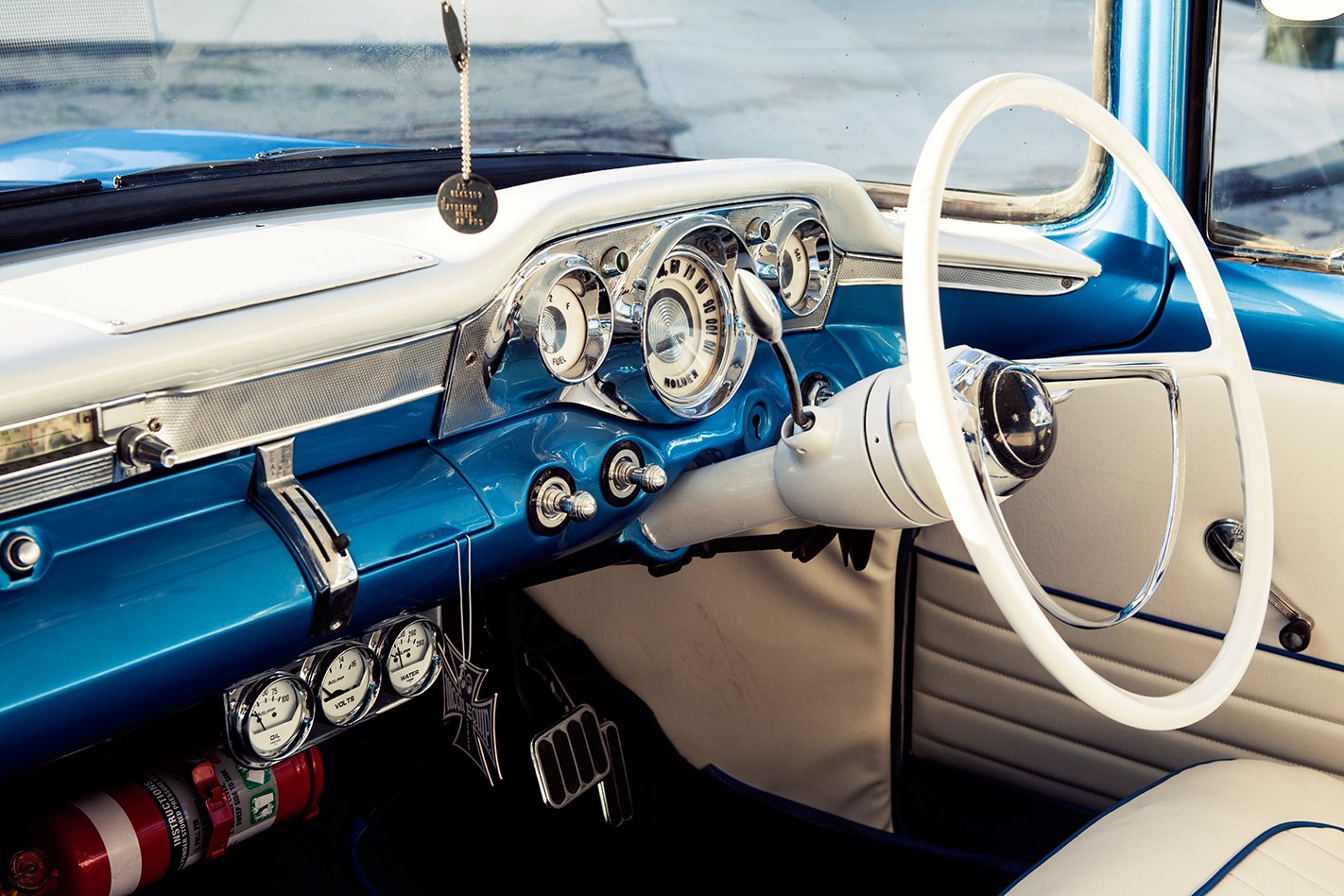 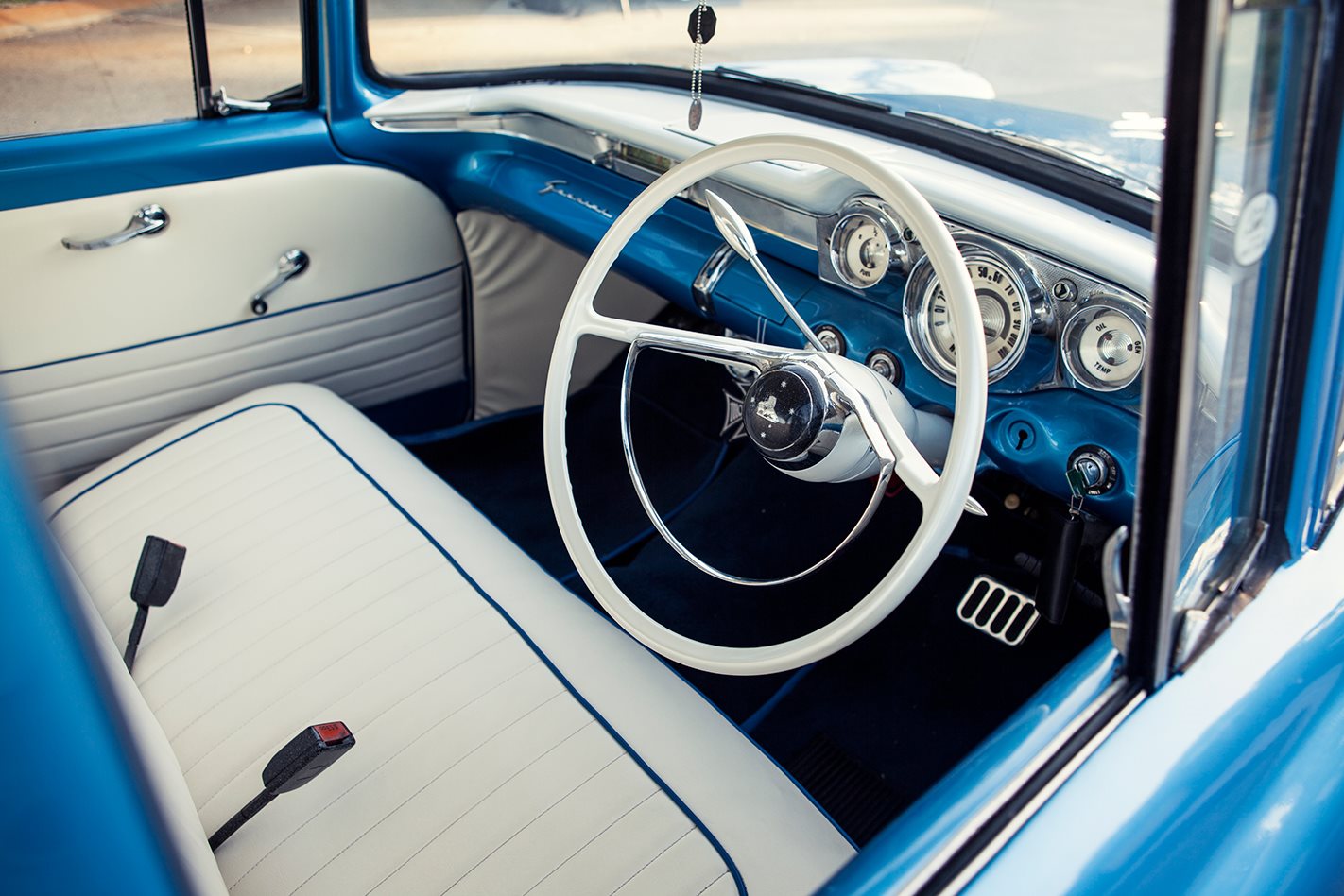 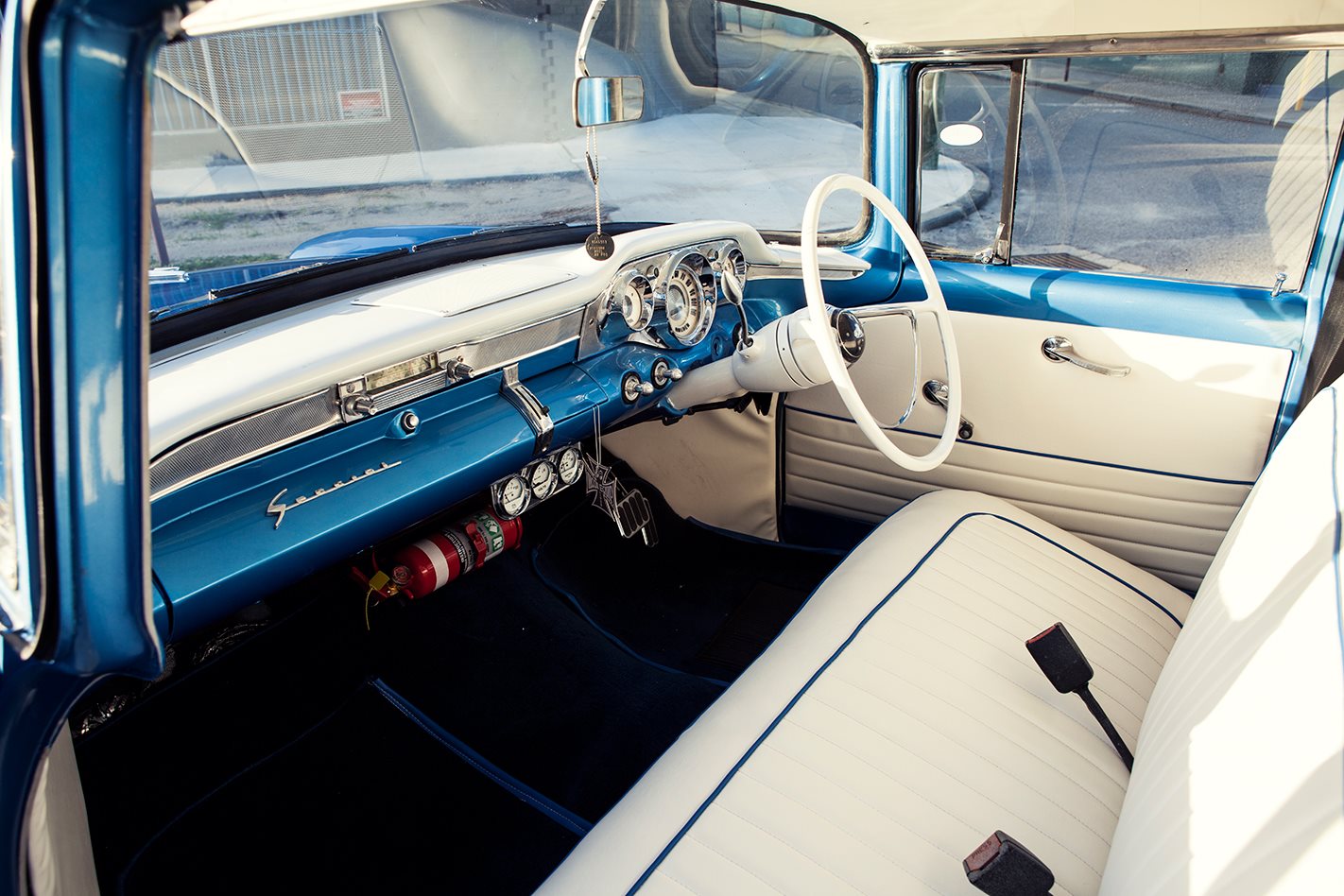 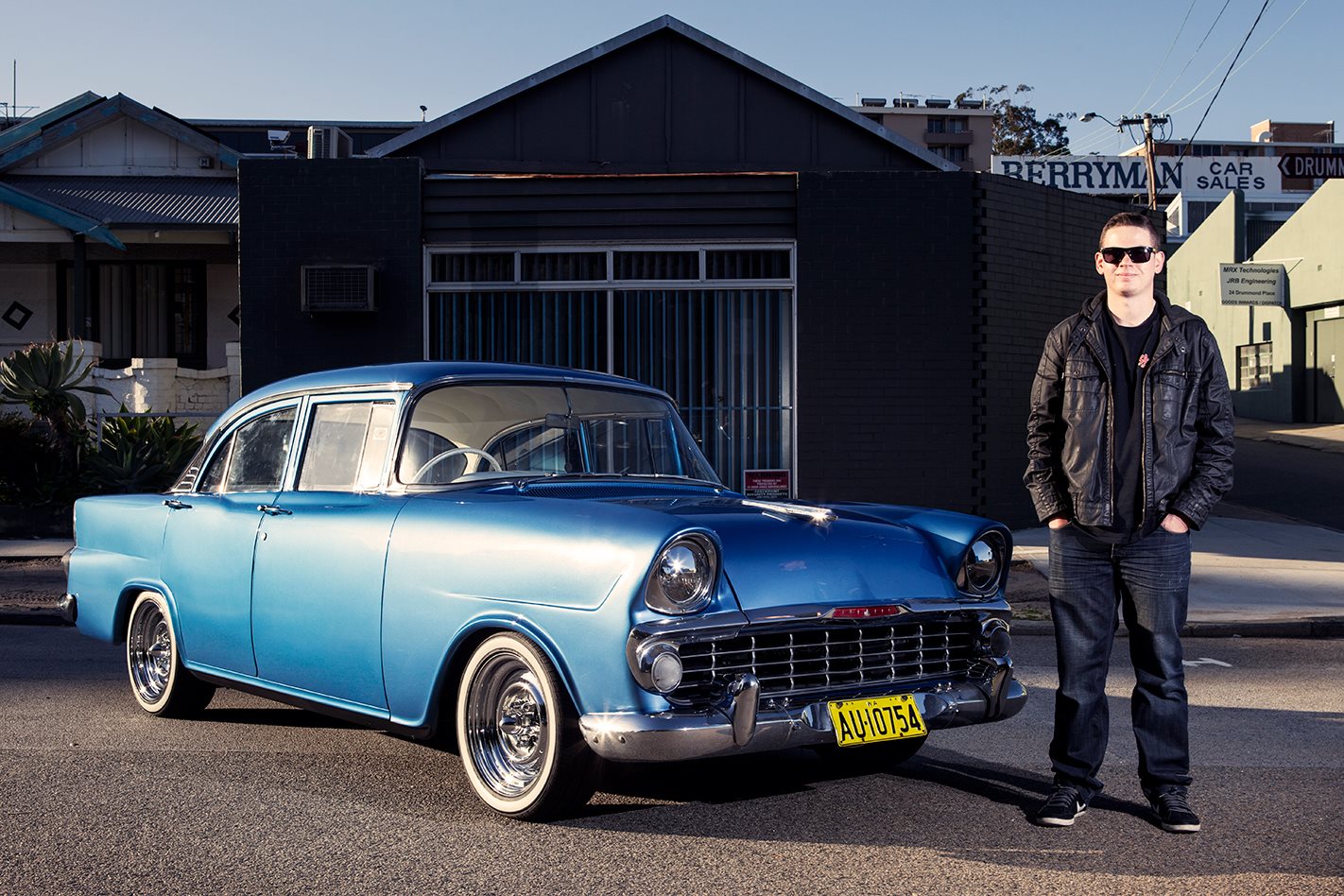