“THIS is our 1969 HT Holden windowless van,” says Adrian Wilkinson. “I bought it as a rolling shell, which looked as though it was ready for scrap metal – it needed a load of work done.

"My wife Kate couldn’t understand why there was a piece of junk in our front yard! It took 12 months to get it to where it is now. It has had a bare-metal respray in Orchid Metallic, a full custom suede hoodlining and leather interior.

"It runs a 396 big-block, Turbo 400 with transbrake and a nine-inch diff. It’s been mini-tubbed to house the 15x10 Magnums out back, with 4x10 Magnums up front. All the engine work was done by Trapnell Race Engines, while the fabrication was by Extreme Custom Engineering. The best part about it is spending time with my wife and son cruising.”

With 400rwhp at its disposal, the van has so far run a best of 12.2-seconds at 112mph. The big block has since come out for a freshen-up, with Adrian hoping to see 450hp at the treads. 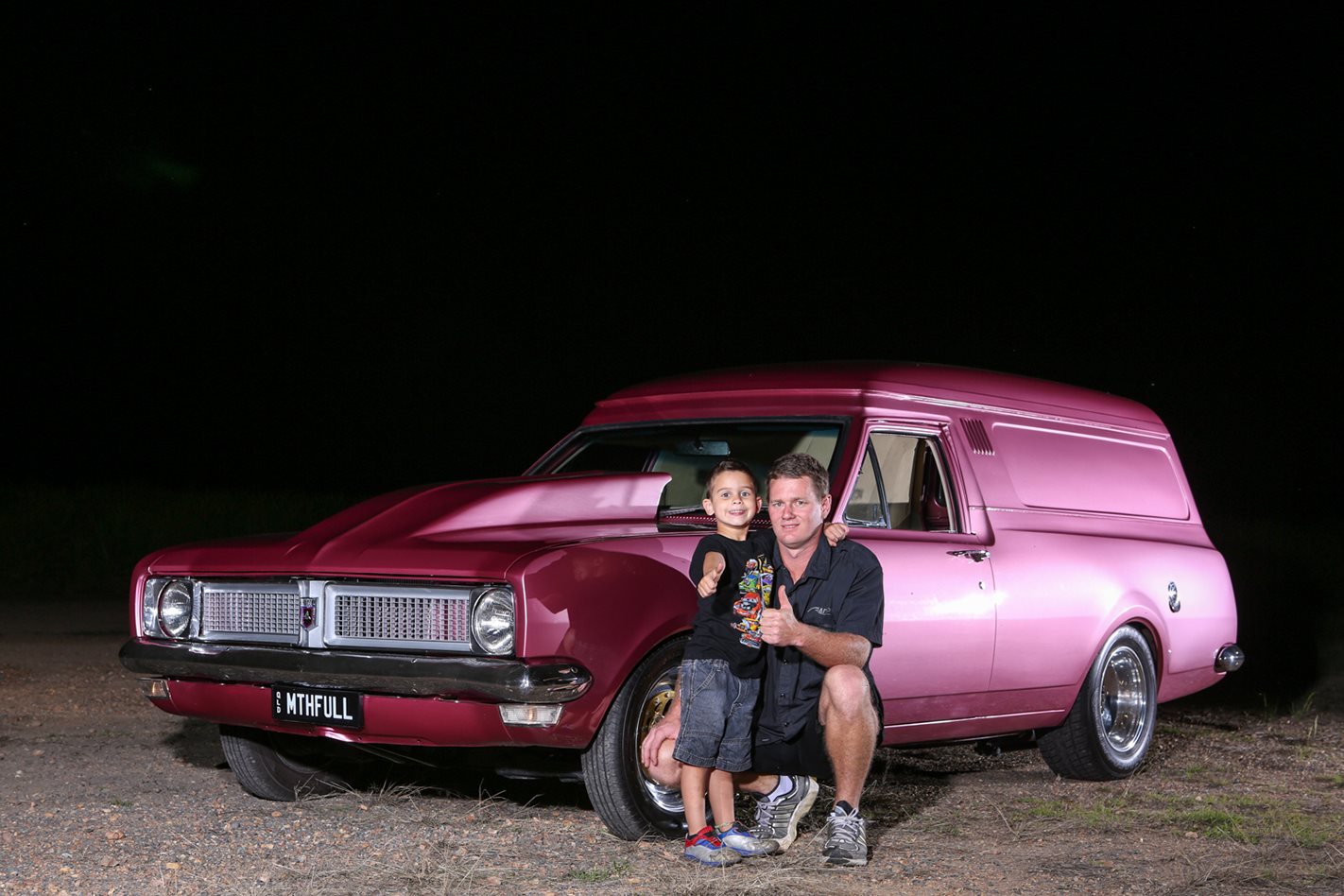 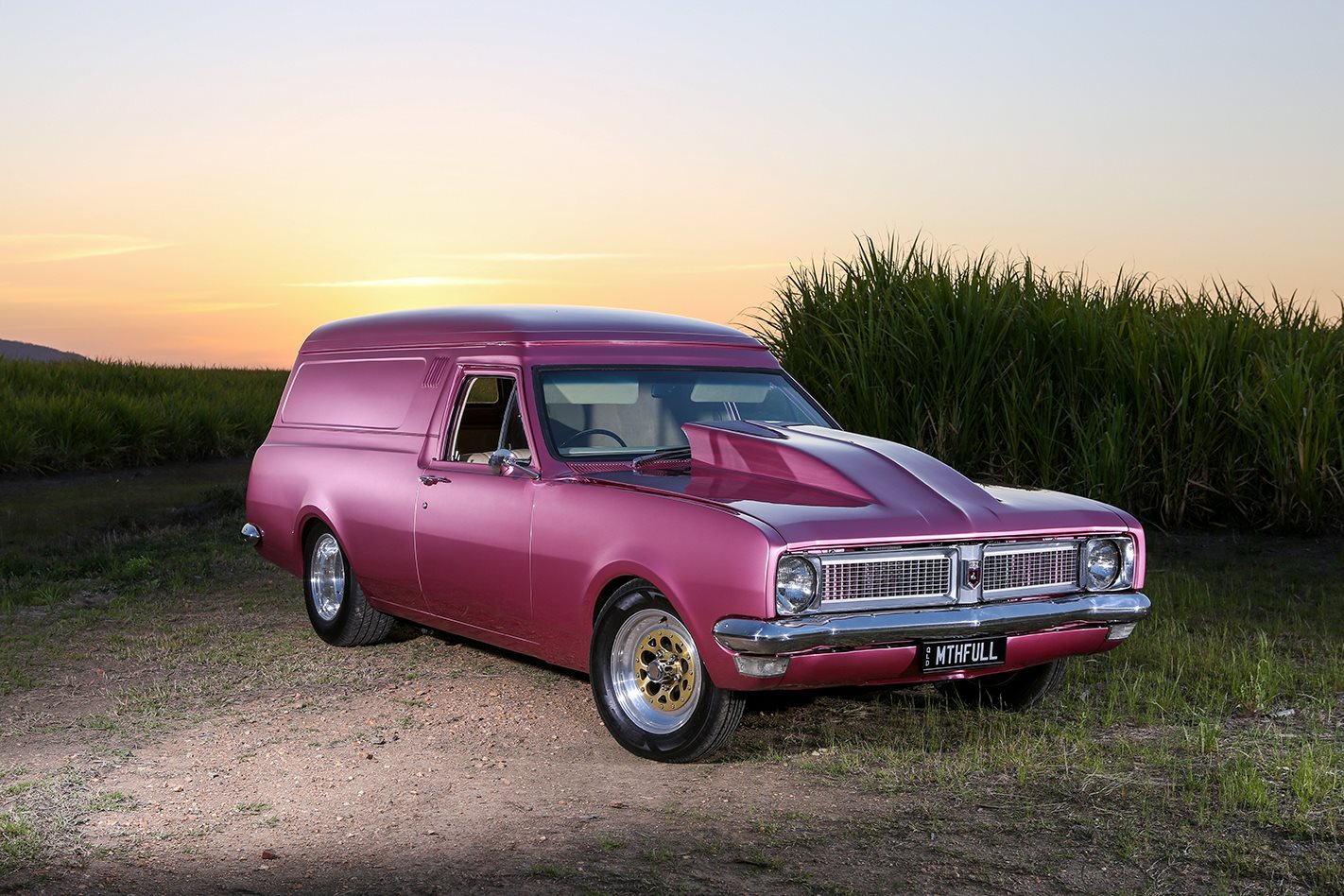 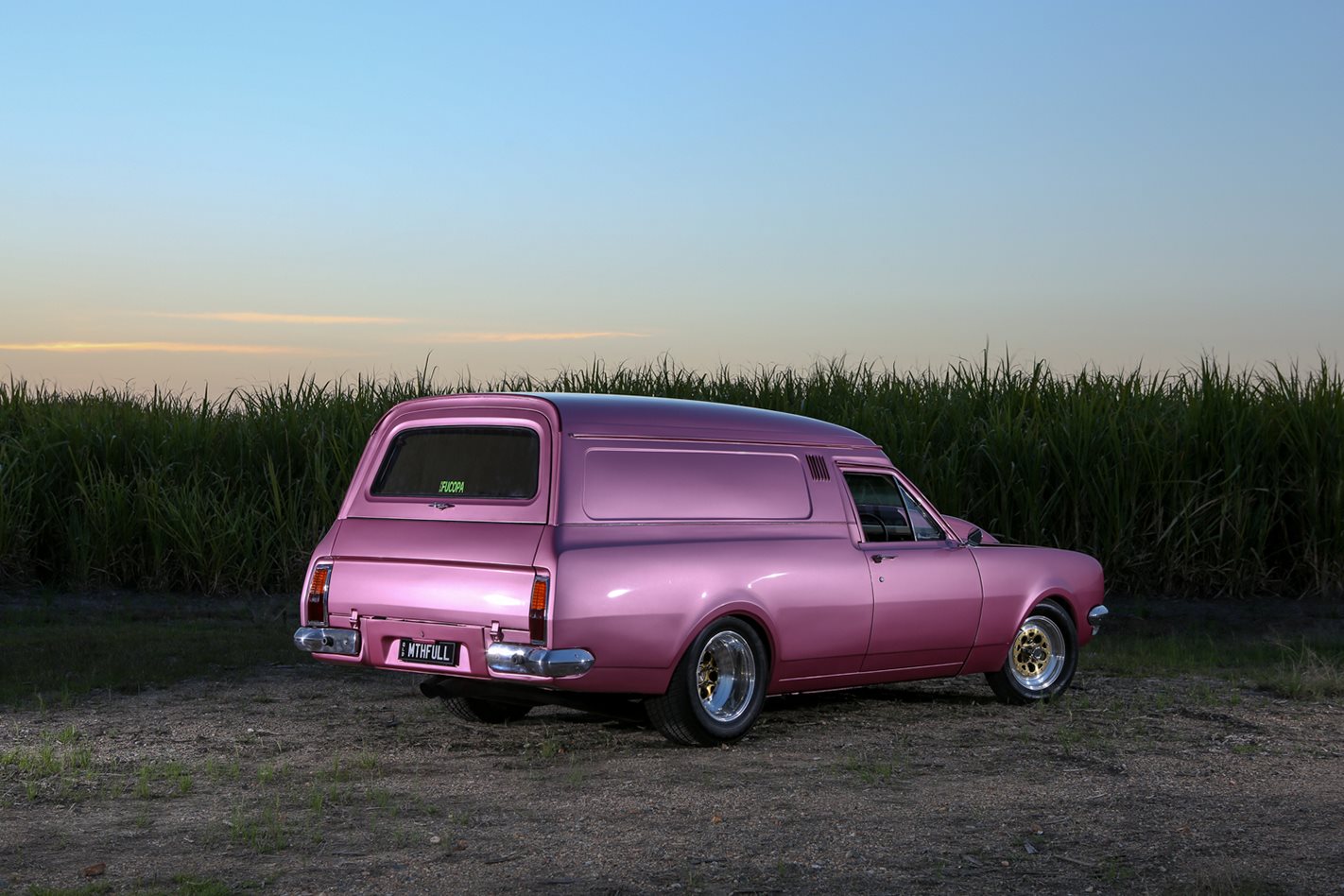 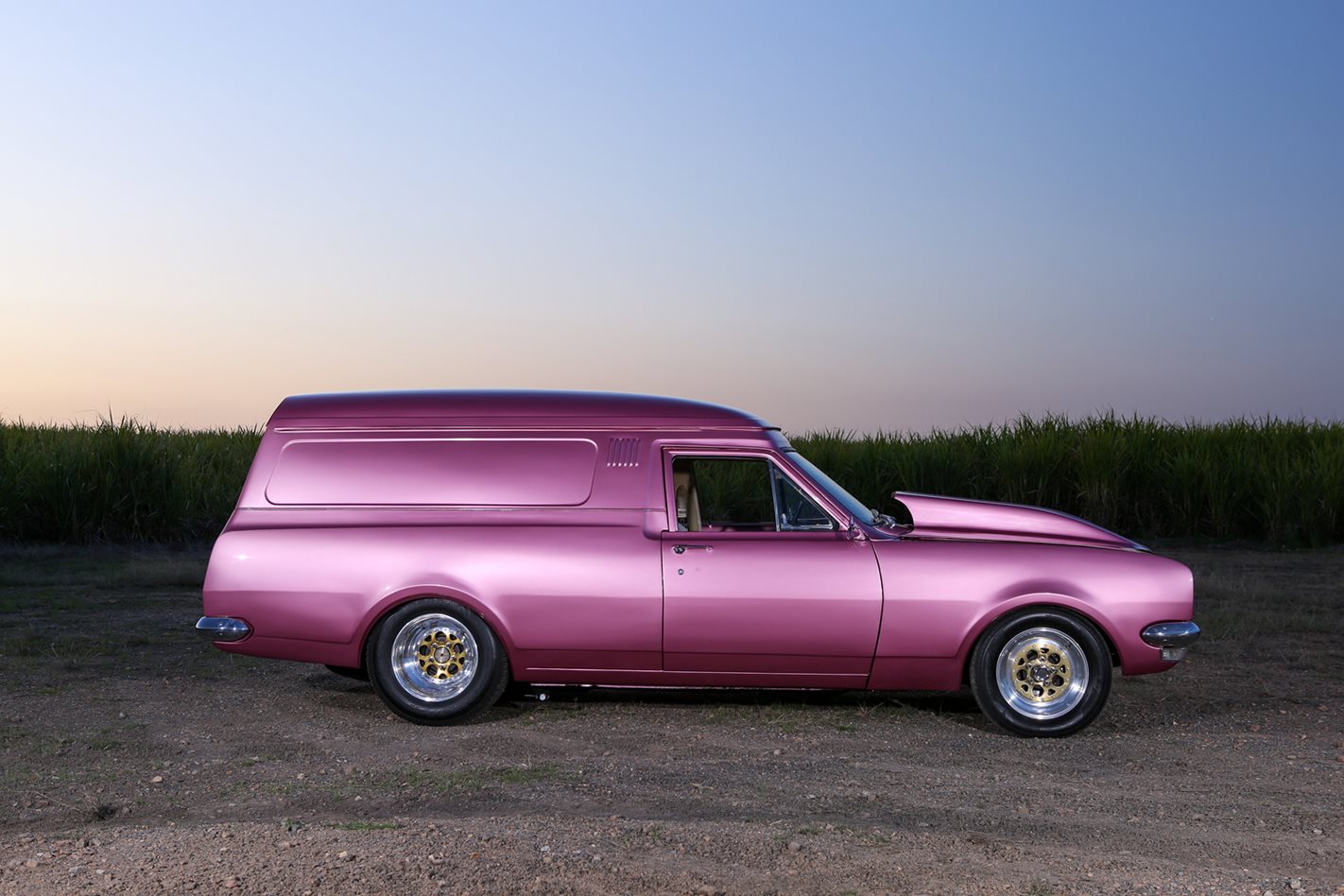 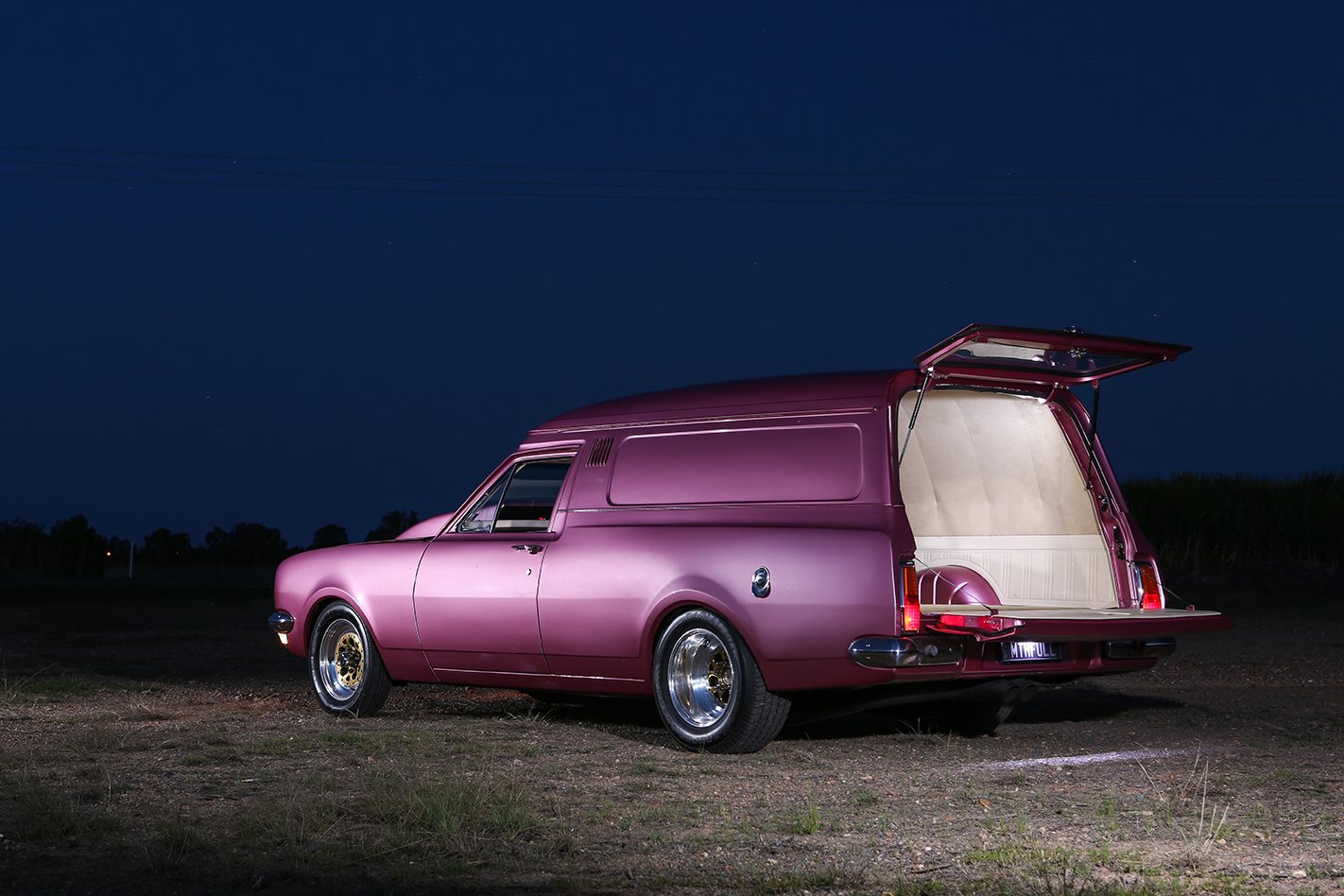 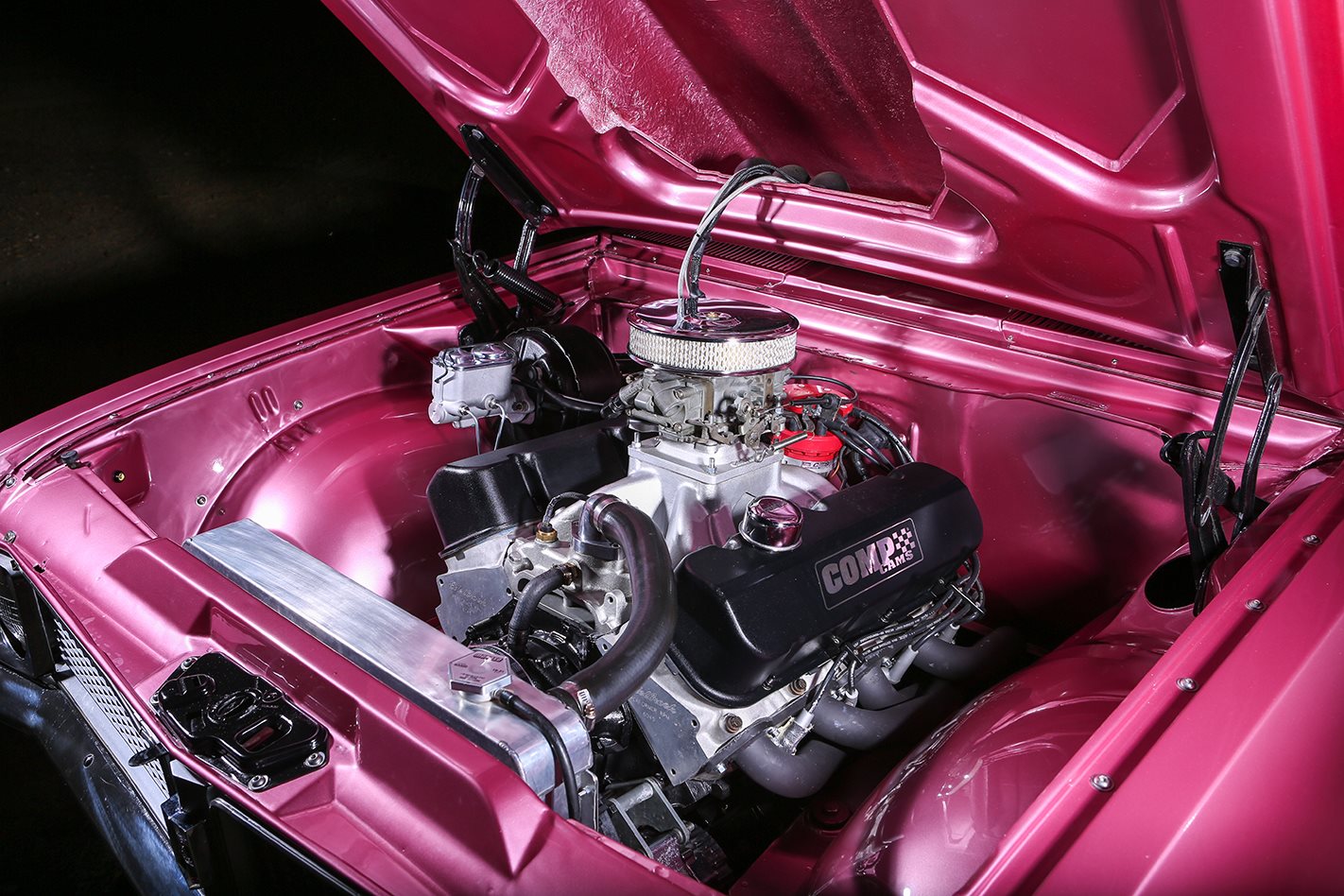 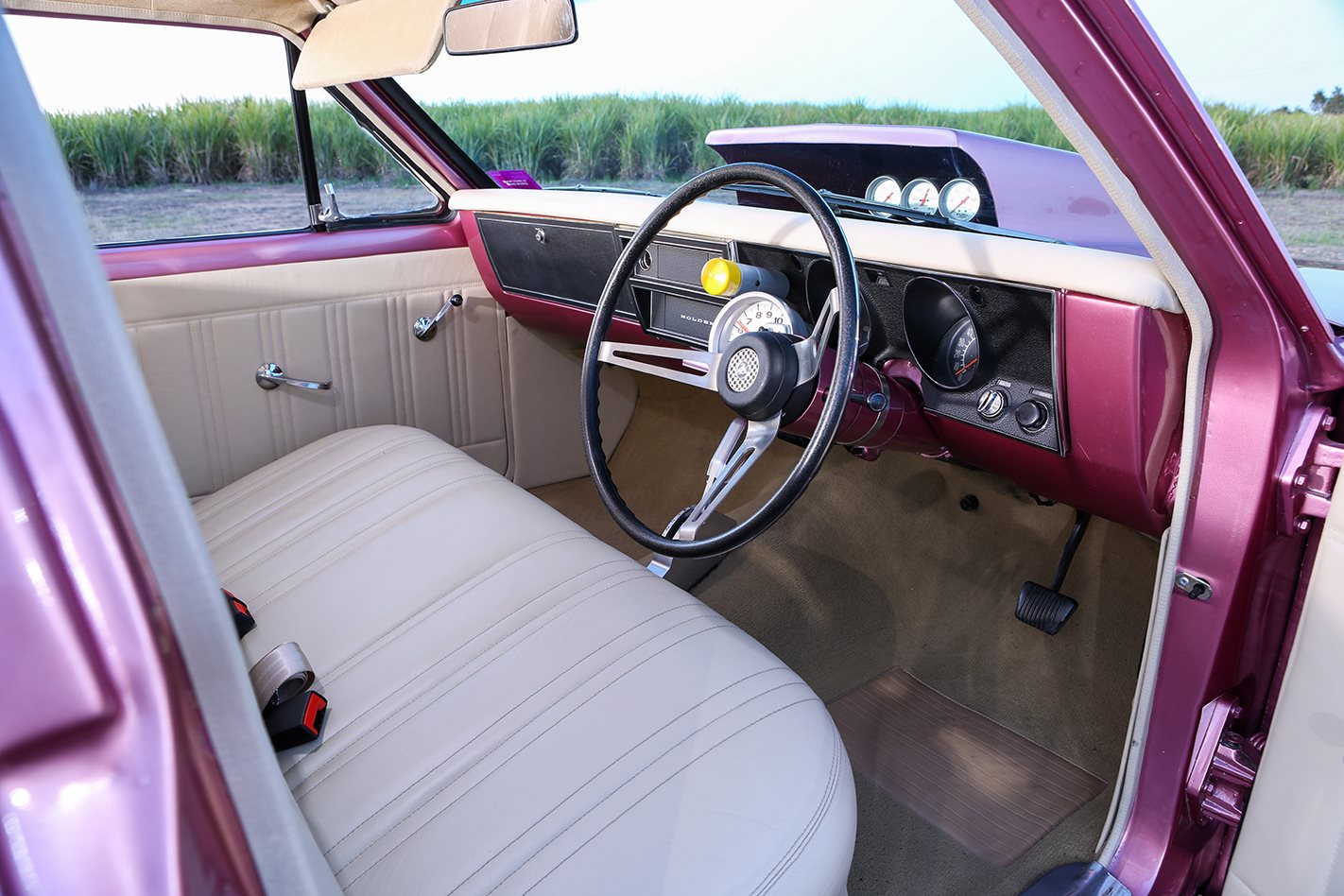 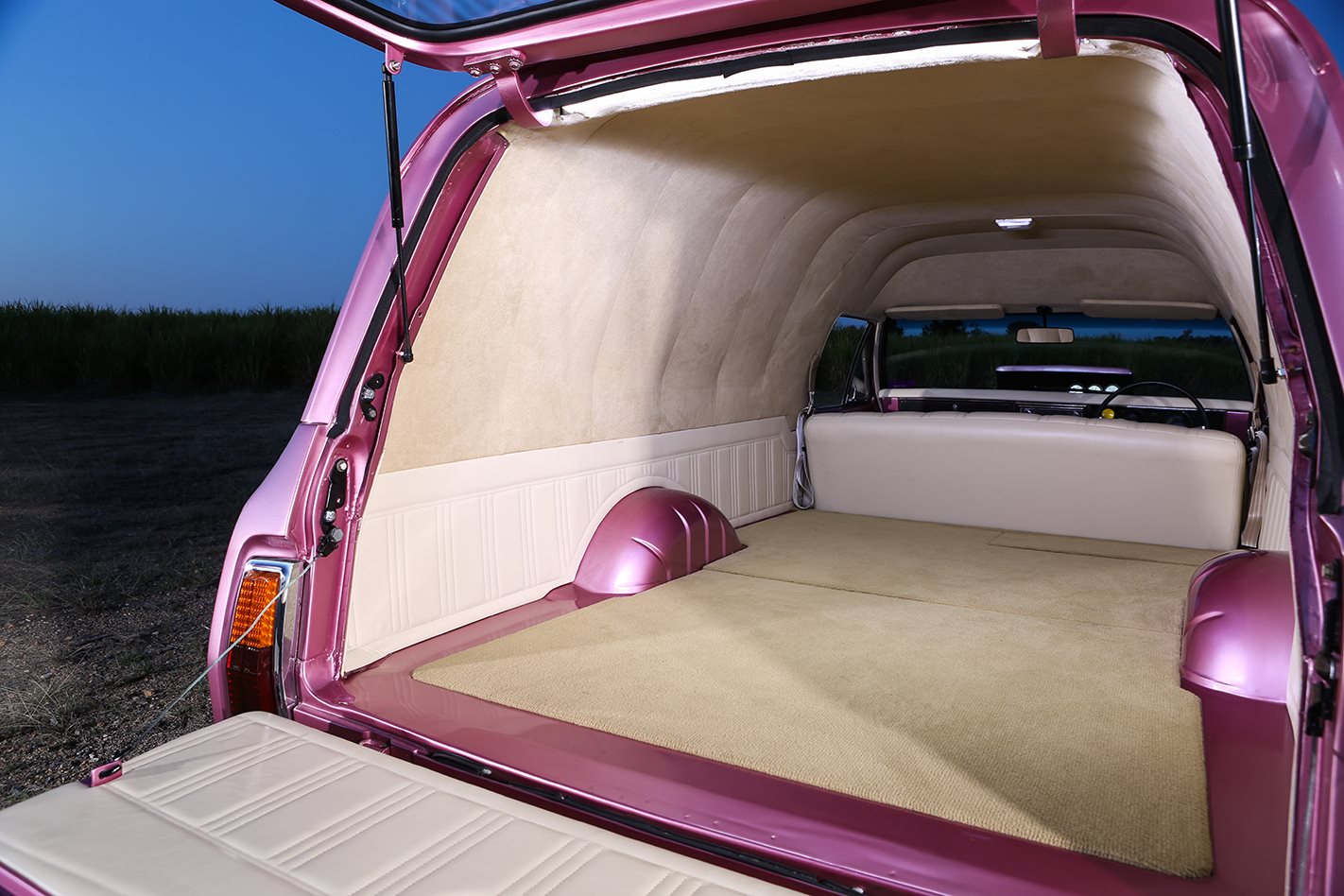 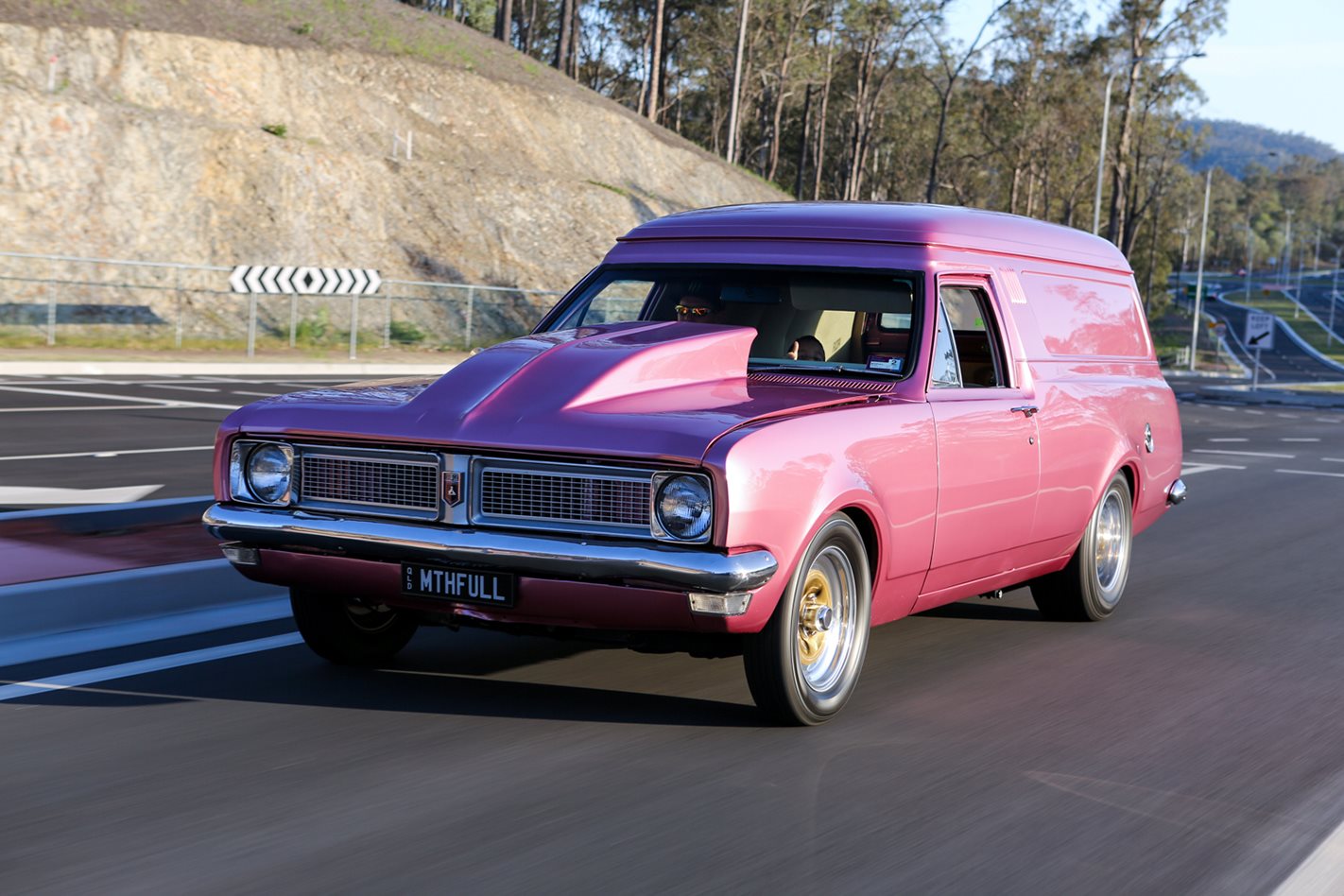