Ranald Hill’s HX Sandman was a daily driver work van for 20 years before he got his hands on it and took on a full ground-up rebuild.

“THIS is my HX Sandman, in Absinth Yellow. It’s a genuine XX7 Brisbane build, with a 253 and four-speed. It was spotted by my brother-in-law in Brisbane around 2007; he passed the car daily parked down a small side-street. In 2008, I decided to see if it was still there, and it was – along with the faded paintwork and rust spots. 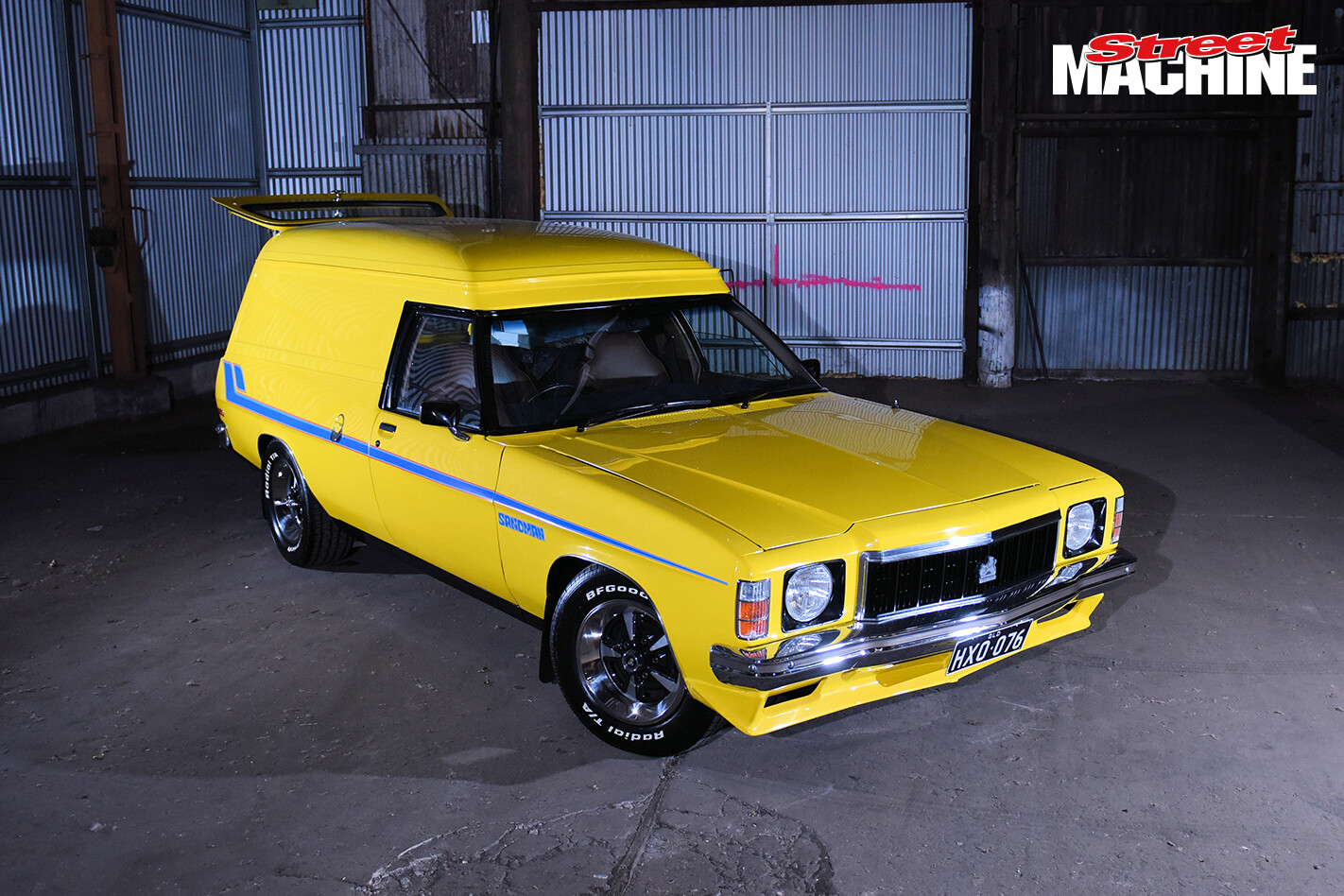 I did a doorknock and found that the guy who owned it had been using the vehicle as his daily drive and work van for 20 years. I didn’t know if it was a genuine Sandman at that stage, but I left a business card and told him to give me a call when he wanted to sell the vehicle. A year later, I got the call, so went back, checked the ID plate and confirmed the vehicle as a Sandman XX7 with all the original running gear. It sat in the shed at home for three-and-a-half years before I began a full ground-up rebuild. Many thanks to Ron Robertson, the panel beater and painter, who put many hundreds of hours into the van to bring her back to life. The pictures tell the story – what a beauty!”