BUILDING a cool cruiser sometimes feels like it takes a month of Sundays, but Ricky Fenwick took his HT Kingswood from grandma-spec stocker to 1000hp smoke machine in literally that time! 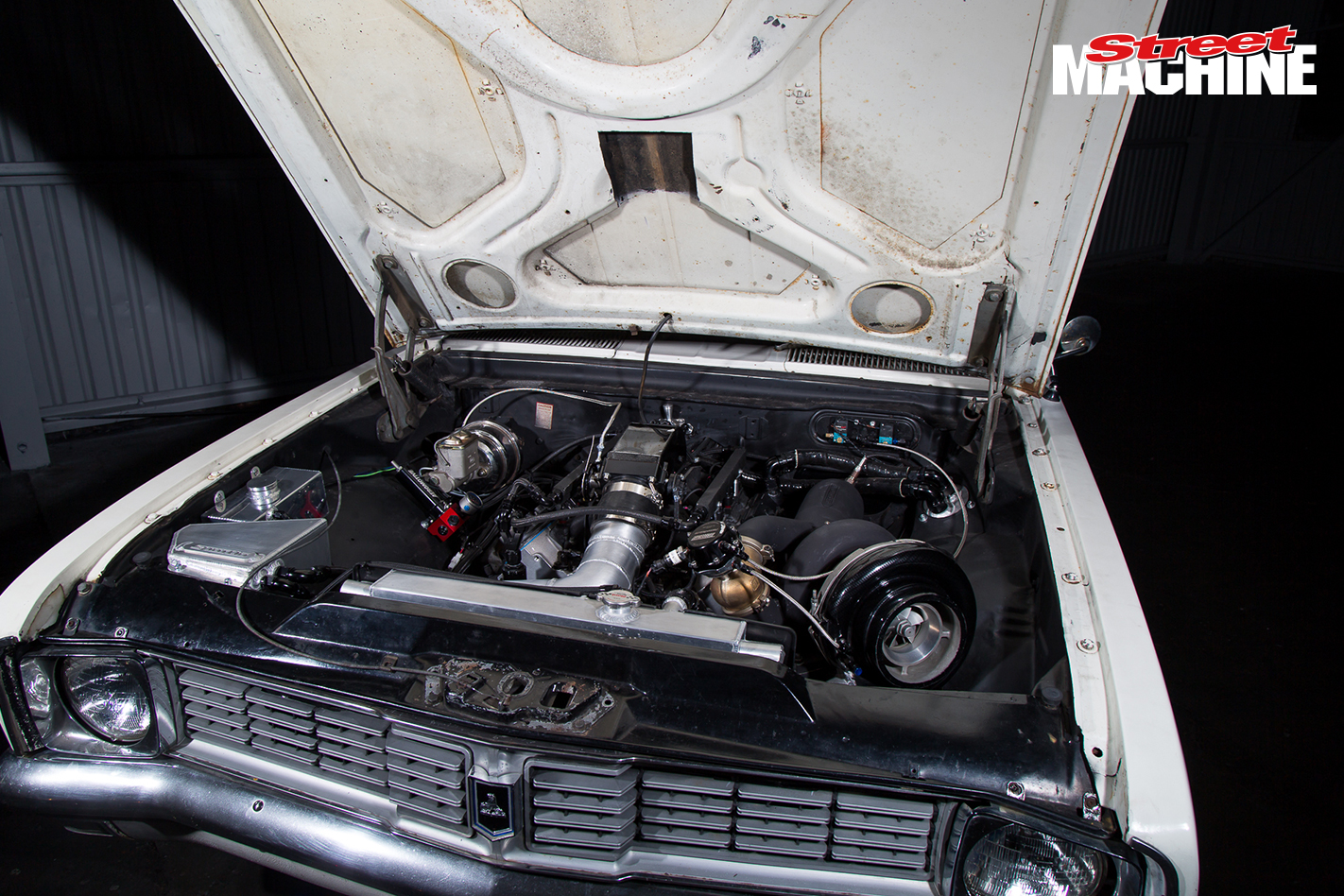 That’s quite a snail you’ve got there! What’s the combo?

It’s the engine out of our Mitsubishi Triton ute X275 racecar that went 8.60@160mph. It’s a six-litre LS2 stroked out to 400 cubes, with LS3 heads that pretty much are untouched. The turbo is a GT47 Garrett with an air-to-air intercooler in the grille. Fuel is methanol with eight 2400cc injectors and eight 2000cc injectors, all run by Holley Dominator EFI. Behind it is a Powerglide and a nine-inch we bought out of Melbourne. The rear end has Gazzard Brothers bars in it, and brakes are HQ discs up front with VN discs out back. 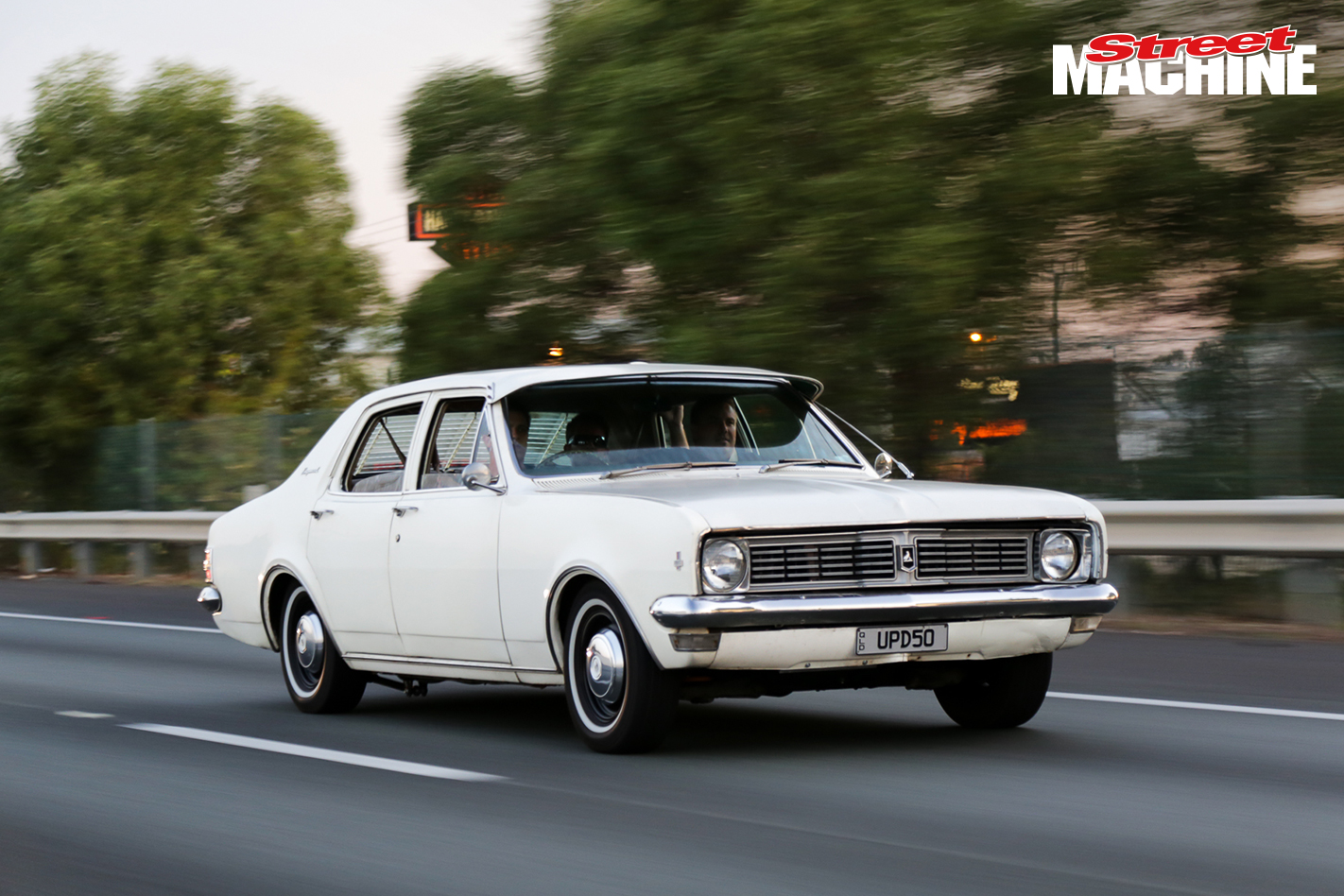 Stout! How much power do you reckon it makes?

It’d have to be making 1000hp at the engine at the moment. The combo has done around 1150hp in the Triton. I tried running it and it went 6.0@118mph to half-track with a very lazy 60ft, but I couldn’t do a full pass in case I got booted. To tell you the truth it hooked up better than the Triton! I reckon it had potential in it, but I don’t want to put a ’cage in it. 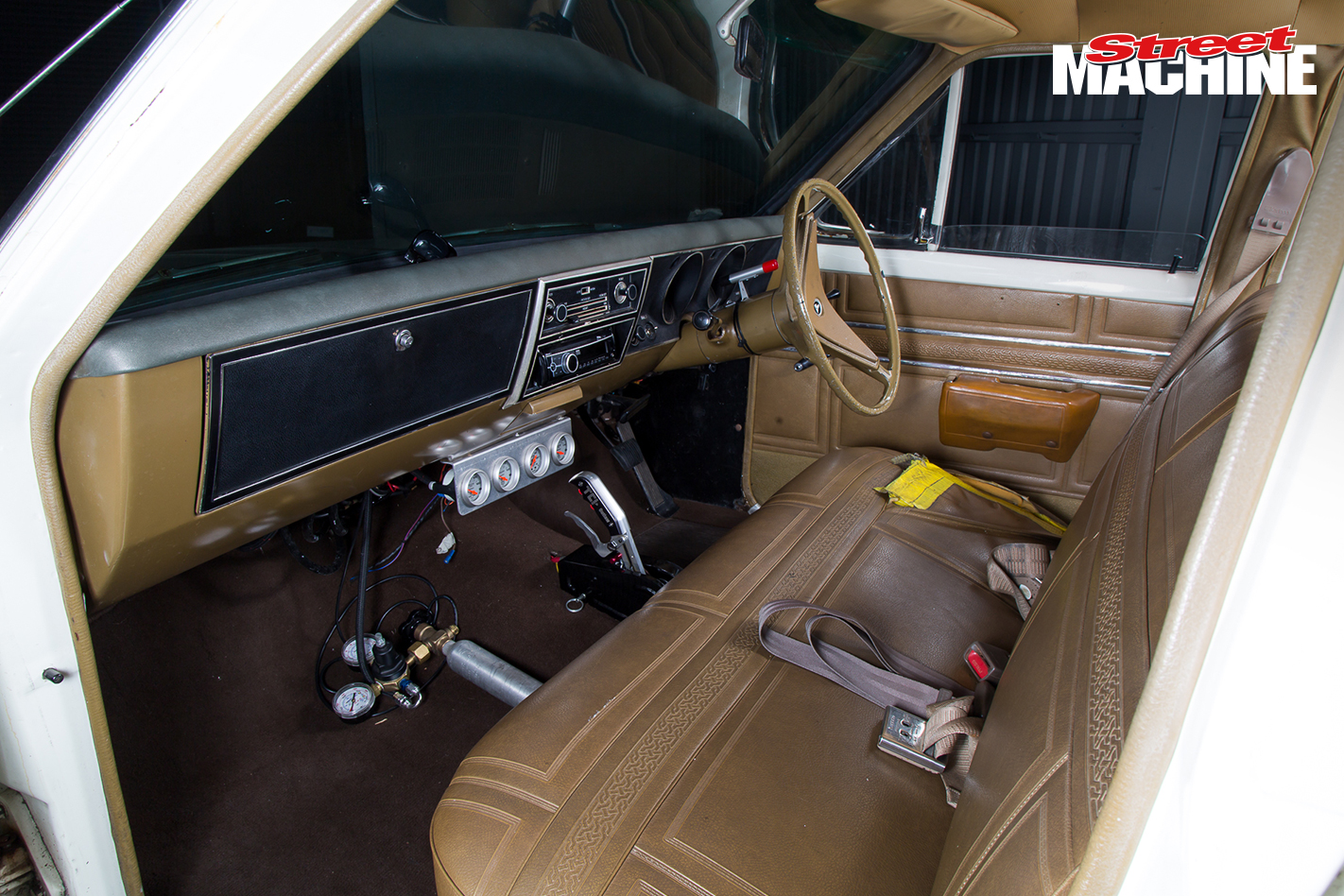 So what made you decide to build Ted Bullpitt’s wet dream?

I was at the pub with some mates one Saturday and they talked me into putting the running gear from the Triton racecar into a Kingswood as a cruiser; I wanted a sleeper I could take to the pub and golf on the weekend and just cruise around. We went and bought one Monday. An old lady from Byron Bay had it and it looked how it looks now; just aged from new. 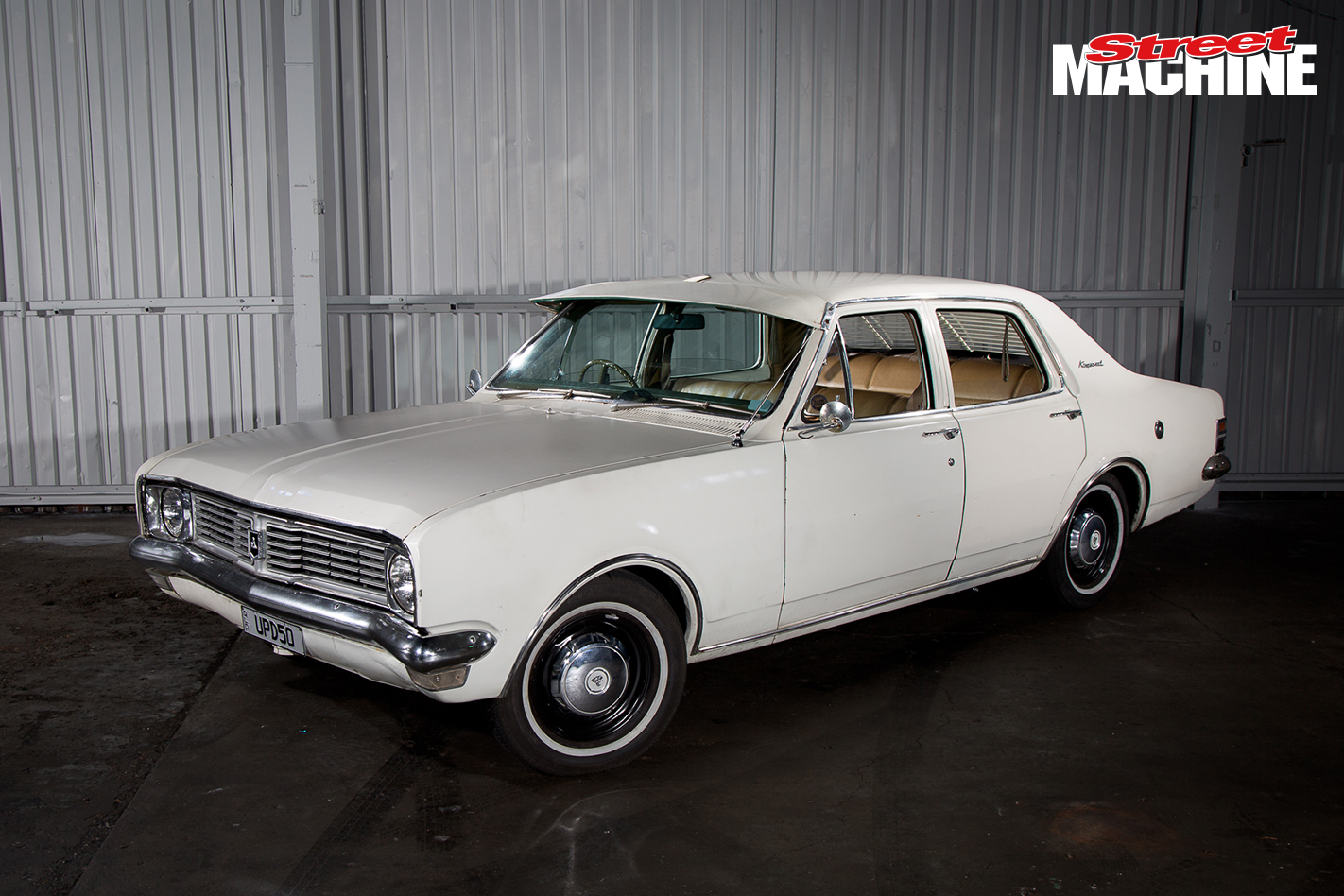 How long did the build drag out for?

We had it done in four-and-a-half Saturdays! That’s turn-key – disc brakes, mounted engine, nine-inch in, the lot. It was a team effort between four of us. A big thanks to John and Danny and the team at Spot On Performance & Fabrications. 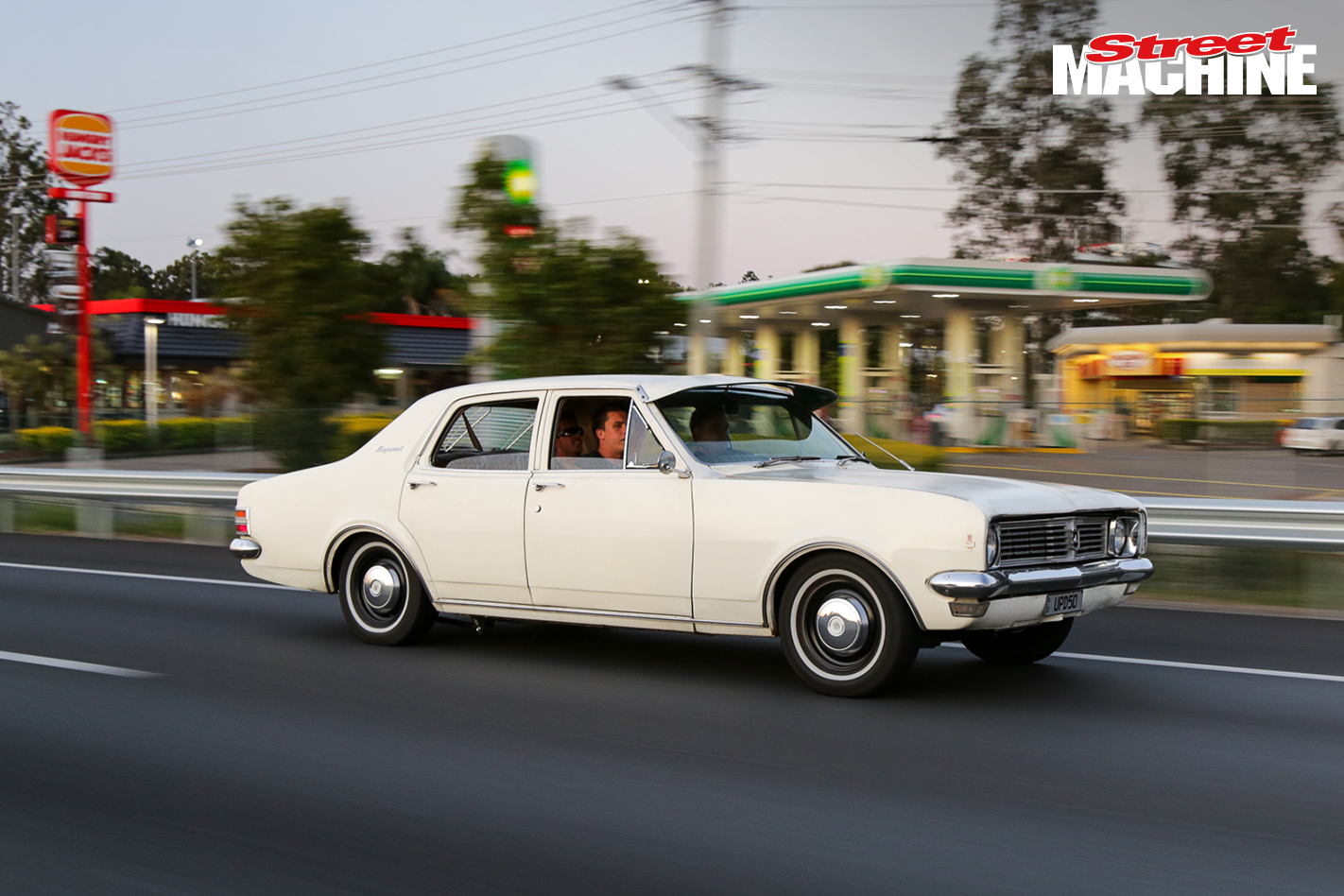 What’s your favourite part of it?

The engine bay is my favourite part of the car. It’s a bit of a hairy ride when it comes on boost but it’s quite nice to drive on the street. You can even sit next to cops at the lights and they don’t even look at it!