THE very first Red CentreNATS kicks off in Alice Springs this weekend. The show is being put on by the Northern Territory government, with help from the good people at Street Machine Summernats.

The opportunity for epic road trips, the availability of the excellent Alice Springs Inland Dragway (ASID) and the can-do attitude of the authorities should make for a very memorable event. Temporary licences are available for bad-arse tough streeters to cruise around town without fear of defect, so it should be quite the scene in town! The Street Machine team left Melbourne early Monday morning in the company of a few mates. Our destination for the day was Port Augusta in South Australia, more than 1000km away. 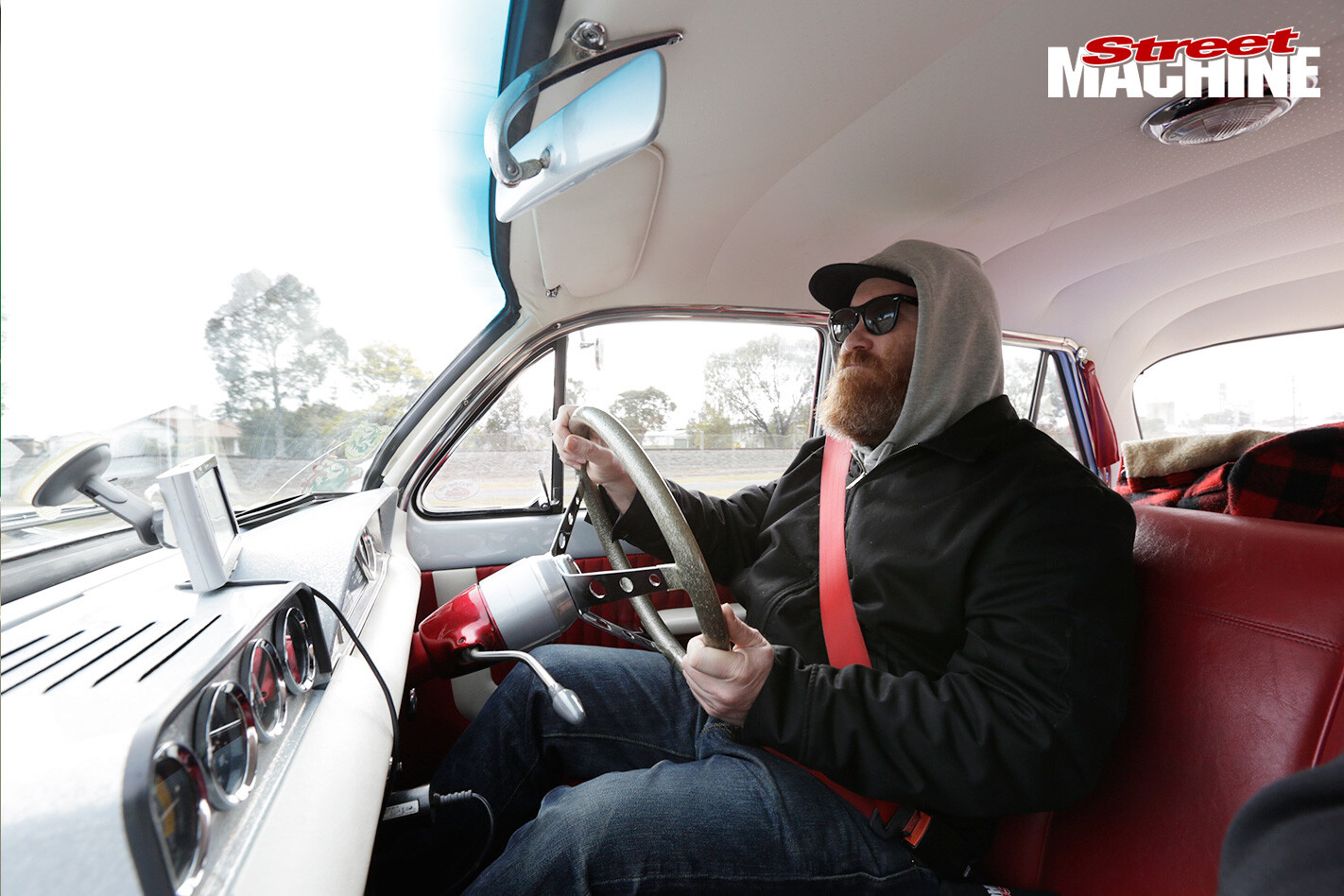 The first few hours were cold and wet! There’s no heater in my EJ, so we had to rug up. The hardest part of the trip was getting through Adelaide. Things warmed up by the afternoon and there was ample opportunity to take in the epic landscapes as we headed north towards Port Augusta. The sweetest car in our convoy was Jeff Birchfield’s HQ Monaro. Built at home from a bare shell, it packs a carby-fed, Vortech-blown 253 and is stuffed with mod-cons including power steering and air-con. We were pretty flogged by the time we arrived in Port Augusta, but the locals treated us to a barbecue and we got the chance to check out some pretty sweet cars, including Dusty’s super-neat LC GTR. Coober Pedy was our destination for day two. While 537km doesn’t sound like much, you’ve got to get moving reasonably early if you want to get there before dark and avoid coming into contact with suicidal kangaroos. 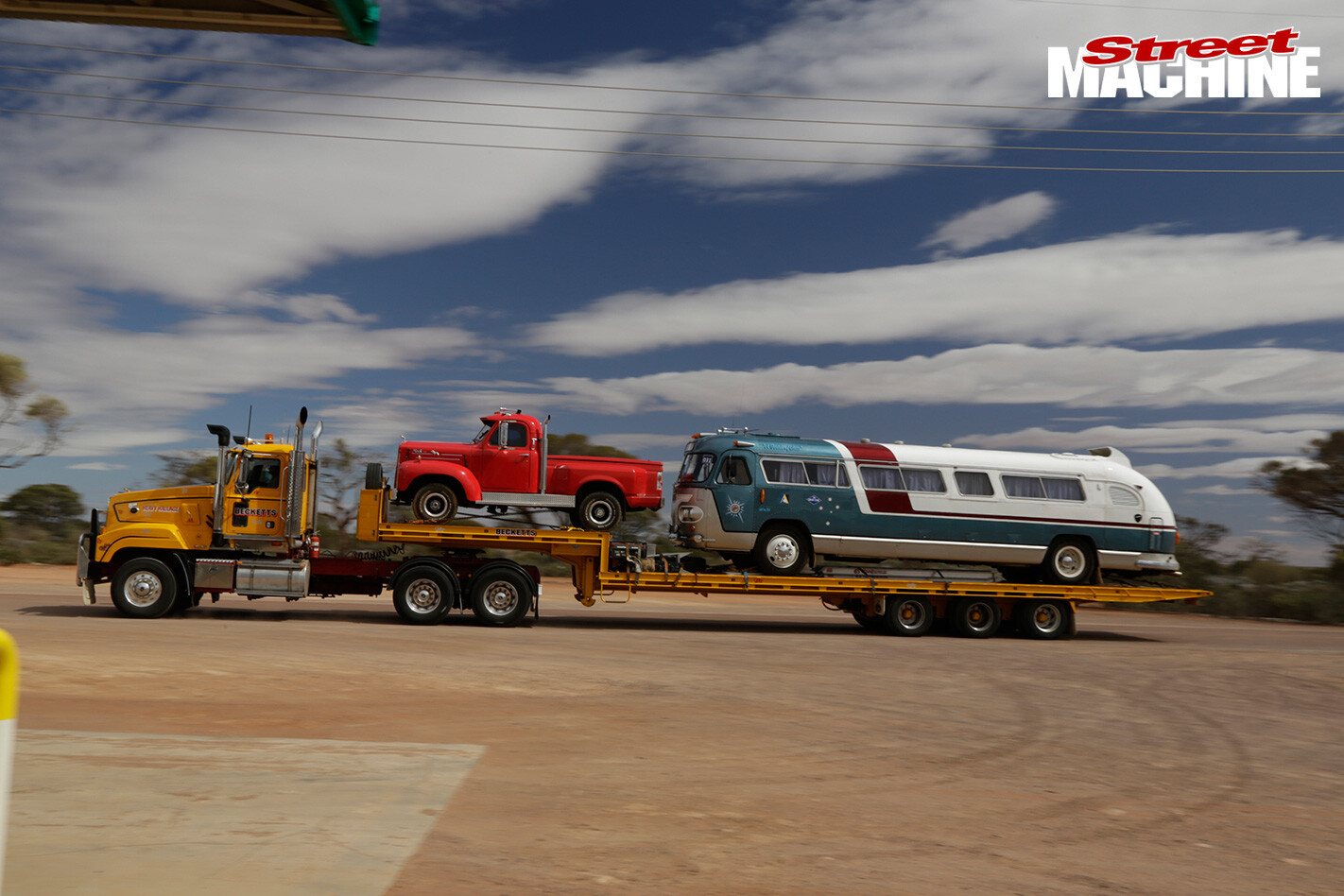 It turns out the National Road Transport Hall of Fame reunion had been held in Alice Springs on the weekend, so we were treated to a seemingly endless parade of cool vintage trucks that were heading home.

It seems to be scientifically impossible to take a bad picture of Jeff’s Monaro. The newest car in our group was Peter Traumanis’s VT. Apart from a set of Welds it looks pretty stock, but a quick look under the bum reveals a nine-inch diff and a four-link conversion. Under the bonnet is a low-mount twin-turbo conversion on an uncracked LS1, which turns 600rwhp! There are many dangers in the bush, but the most serious is probably excessive consumption of steak sandwiches and chicken parmas. Made it! Coober Pedy is a very interesting joint. The fuel gets pricey out here, so if on a budget it might pay to bring your own grub. 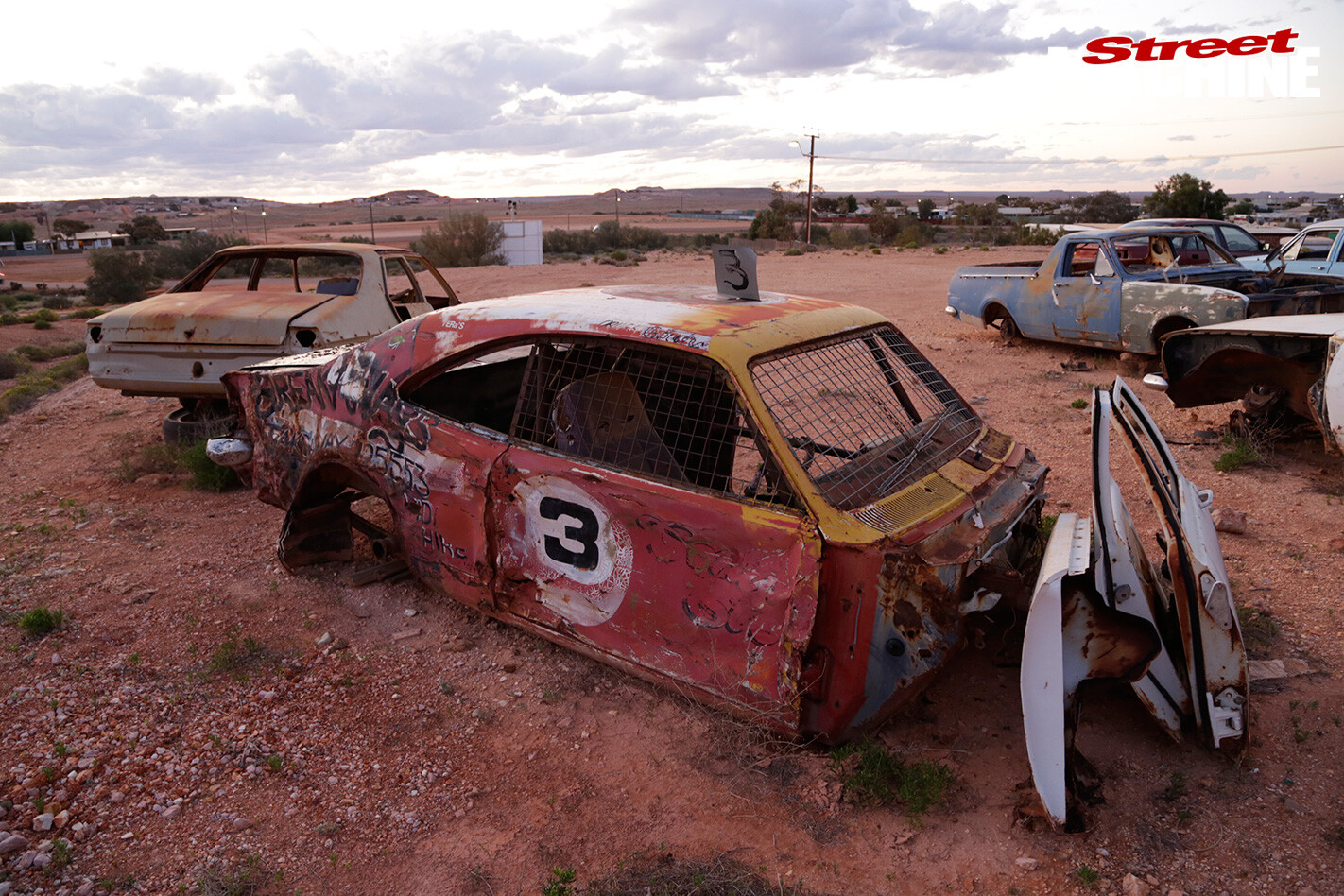 A fallen warrior from many years past. 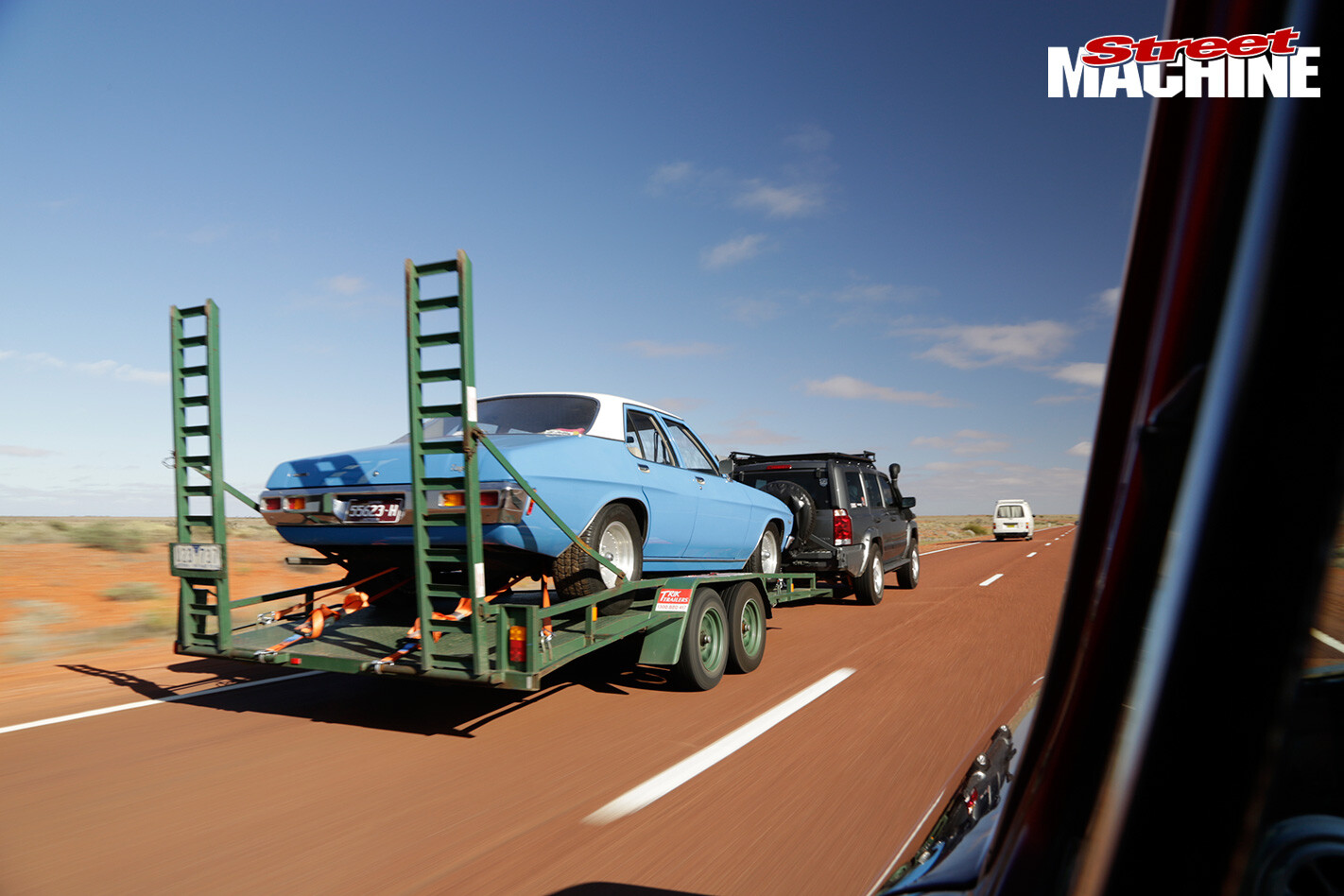 As we got closer to Alice Springs we started seeing more heavy metal heading towards Red CentreNATS. Jason Vandyk’s EJ is a cool thing. Sitting up high in the bum on VE rims to give it some more legs on the highway, the EJ is powered by an EFI black motor six, assisted by a Sprintex supercharger. 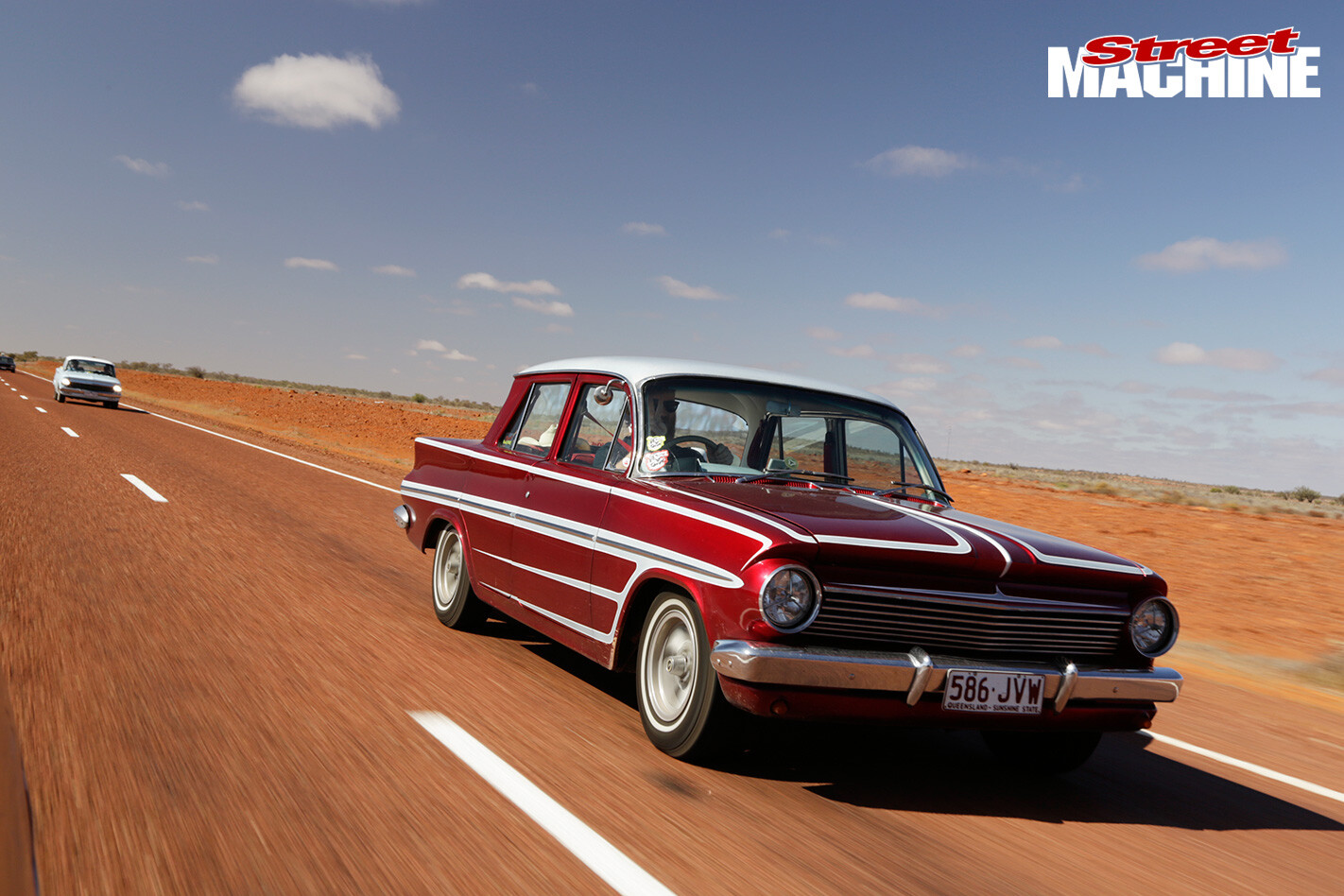 The slowest car in the group was my EJ, but I love it. The driveline is mostly how it left the factory, with a mild grey six, three-speed crash ’box and drum brakes all ’round. Darren Green and his mental Torana on their way from Perth to Red CentreNATS. Darren has won the Show ’n’ Go award at Gazzanats in WA four years running. We met Kev and his AP5 Valiant on day three at Marla. Kev was doing the trip solo from Perth with his missus flying in once he arrived. 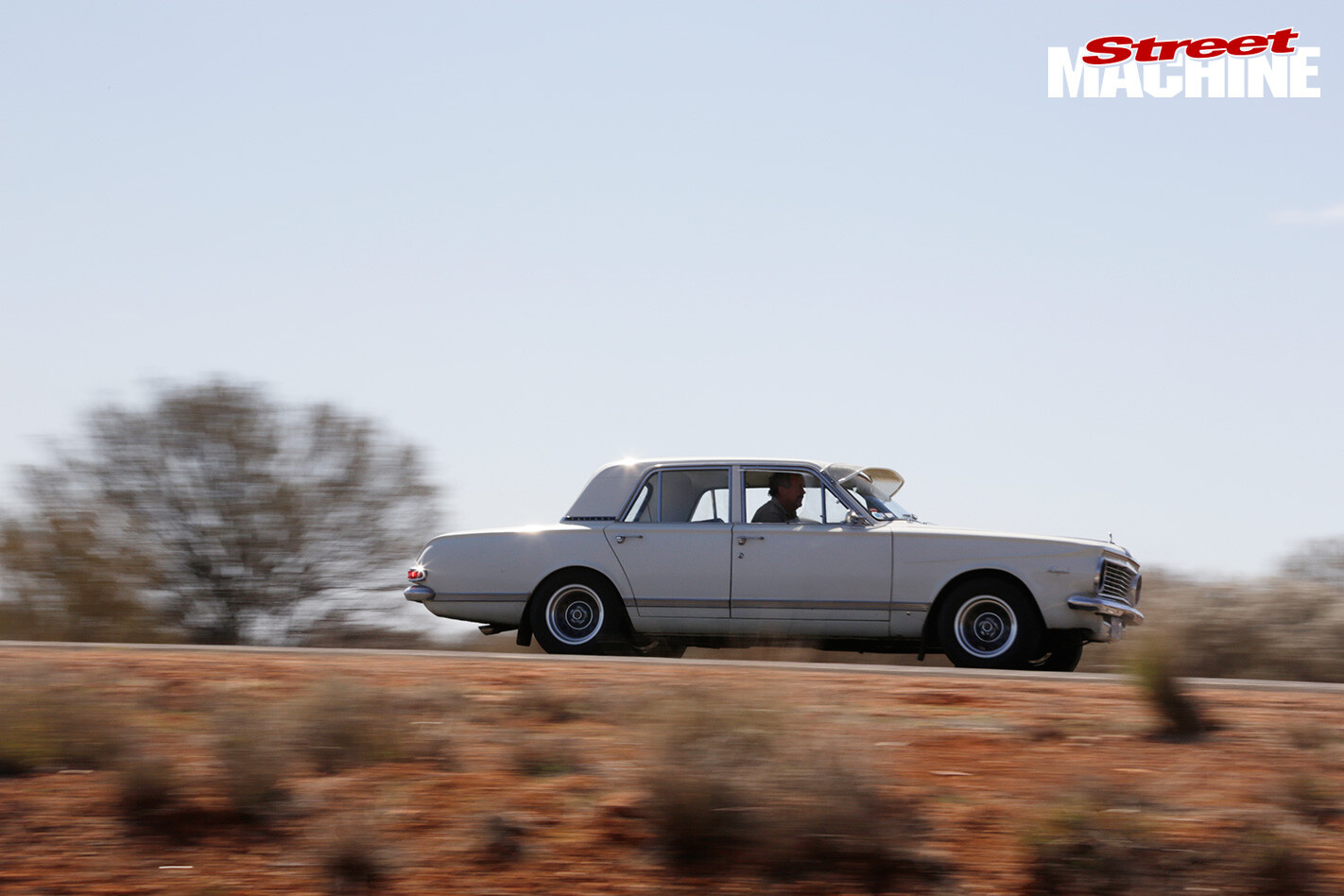 The Val developed a fuel leak on the carby, but with a bit of a test and tune he got it flying again. Almost as soon as Kev’s car was fixed, my EJ suffered the same drama. The boys pulled the offending carby down and had it up and running again in no time. Crossing over into the Northern Territory was a good moment! Still a long way to go to reach Alice, though. The NT speed limits gave me a chance to really open the EJ up, cracking a whopping 122km/h. I’m going to blame the dodgy 91 octane fuel I put in it earlier in the day for that. Kulgera Pub is the ‘first and last pub in the Territory’ and a damn fine place to wet your whistle. 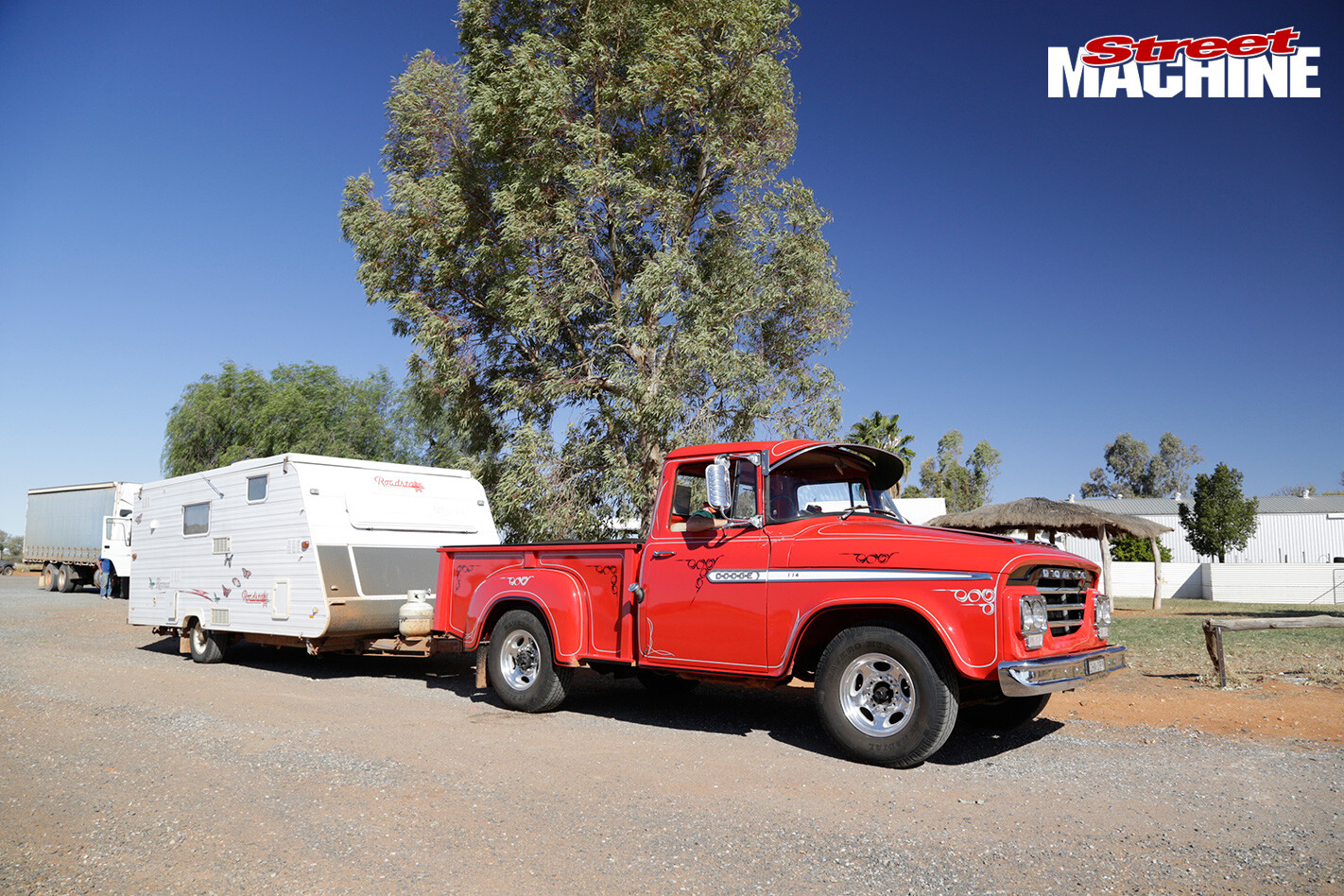 With the sun dropping like a stone we didn’t have time for any more photo opportunities, and we made it into Alice after dark. Time to wash the cars and get ready for the show.