After much research, Redmond has found the best suspension upgrade on the market

RECENTLY I decided to upgrade the suspension on my 2011 VE SS ute (translation: the front left strut leaked out all of its oil 18 months ago). The aftermarket industry is a treasure trove of parts and service for this model ute; indeed, performance parts have never been more plentiful and procuring good advice has never been easier.

But I am not very articulate with electronic media like Google or Headbook; in fact I make Fred Flintstone look like Bill Gates. Things with buttons and electricity are of no use to me as I stand in my cave and bash my club on the dirt floor.

So to help me in my suspension-upgrade quest, I reverted to (or never advanced from?) the procurement methods that are tried, trusted and true to me: I grabbed a Street Machine mag and headed to the bog (a previously consumed dodgy sausage roll meant I was killing two birds with one odour).

I needed a performance suspension that worked, while retaining full compliance with the traffic department. So I read the claims and figures of the vendors in the adverts, and looked at what suspension the big dogs were using. After much deliberation, I settled upon Redders.

The Redders strut combo I chose uses nitrogen gas for consistent and precise control, has increased copper additive in the bushing metallurgy to allow for better heat dissipation, and features the Redders patented Advanced Active-Imagination Control (AAIC). AAIC allows you to enjoy an imagined steering control gain thanks to oversized and firmer buzzwords that convert steering geometry into jargon, with no negative understeer, rebound, damping, bump-steer or jounce. The Teflon valving spools are aged in barrels in the centre of an oakwood manufacturing facility in the leafy woods around Rednessville Road, USA. This barrel-ageing adds to the salary of lame, brain-dead marketing executives and provides more grip on the shank, which translates to firmer flogging pressures.

Fitting Redders strut combos couldn’t be easier, as they are manufactured to be a straight swap for OEM struts. For your information, I have attached fitting instructions below:

REDMOND: “Hey Bull, how ya going? Bloody hell, the baker down Rasmussen brewed a wicked batch of steak pies this morning. I bought four.”

REDMOND’S NEPHEW BULL: “Let me guess – you need a hand?”

R: “Mate, all I’m saying is the gravy in these pies tastes like Jen Hawkins’ undies. The chunks of steak are marinated to perfection; I’m not sure if it is the red wine, thickened cream or cracked pepper he uses. And the friggin’ pastry is golden, but right on the border of crunchy and moist.”

Following pie-fest, get nephew to fit struts. Knock him up a pastrami-and-pickle-on-white when he is finished, just to keep him topped up. And a cold can to get him burping. Then take him out and smack out a few burnouts to get him giggling – and of course test the new struts. 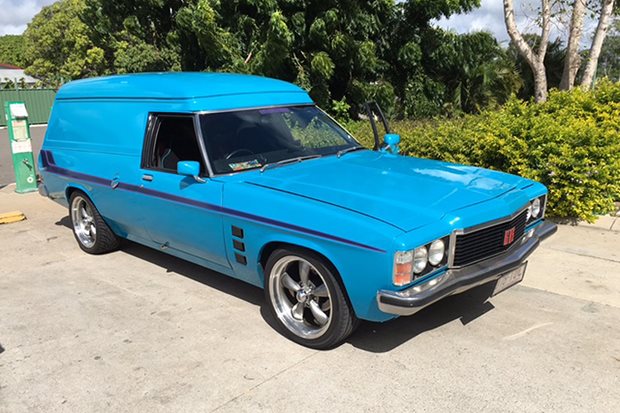