We look back on the life of John Lumb, the original drag racing showman

JOHN Lumb was a Sydney builder who loved quick boats until he discovered drag racing in 1972, and promptly leapt into national focus for his quarter mile exploits at the helm of several Funny Cars.

Lumb had been racing a boat called Hi-Tension when he was recruited to drive Keith Bourke’s Puff drag boat in 1970. It wasn’t long before Lumb owned his own version, under the name Panic, and the blown big block-powered craft became the unofficial quickest of its class in Australia with a one-way run of 108mph. 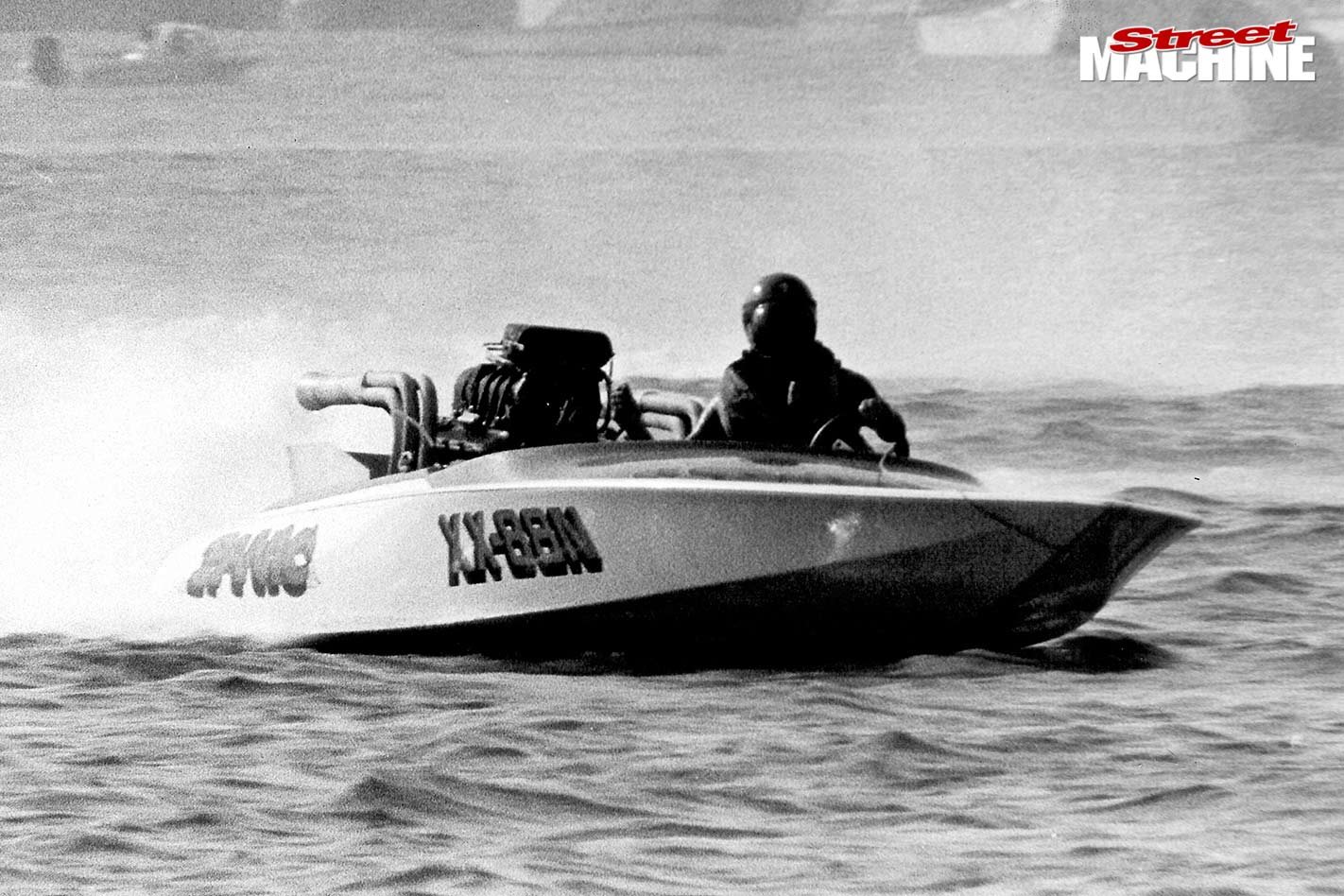 Needing engine and tuning assistance brought him into contact with Sydney engineer and drag racer Bruce Phillips. Phillips and then partner Bob Rayner had built a Torana Funny Car, but after the motor was destroyed, the car was garaged until crew member Joe Gatt talked Lumb into fitting his blown big block into it. 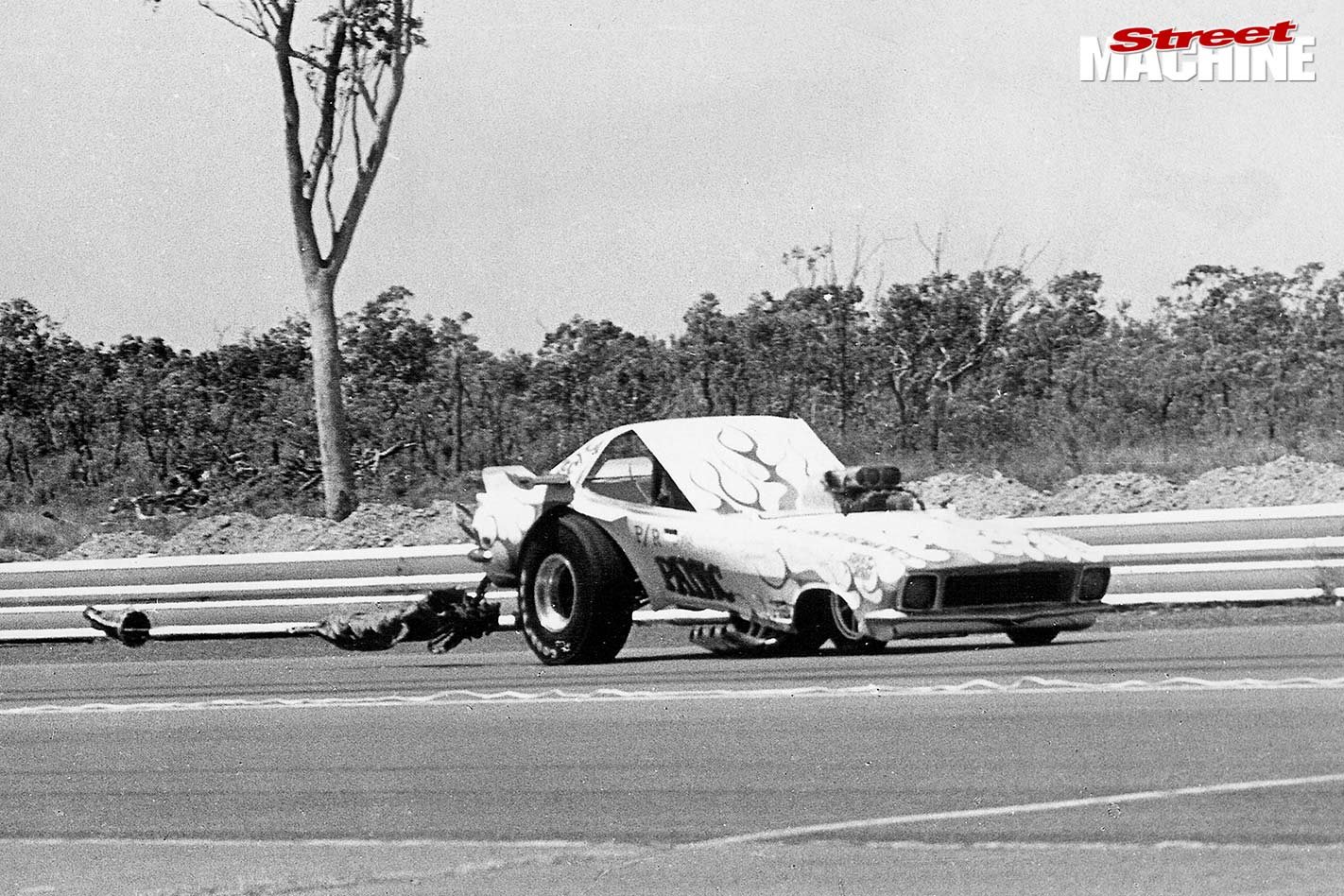 After collapsing the roof for the second time and blocking his view (above), Lumb’s team simply sawed off what remained and ran the Panic Torana Funny Car as a convertible (main photo, top, at the 1974 Nationals)

Renamed Panic, the car under Lumb’s guidance became legendary for its wild driving and fire burnout shows. It won the unofficial Funny Car bracket at the 1972 Nationals and at the 1974 Nats became famous when the roof collapsed at the lights, so the team simply cut off the remains with a hacksaw and ran it as a convertible. 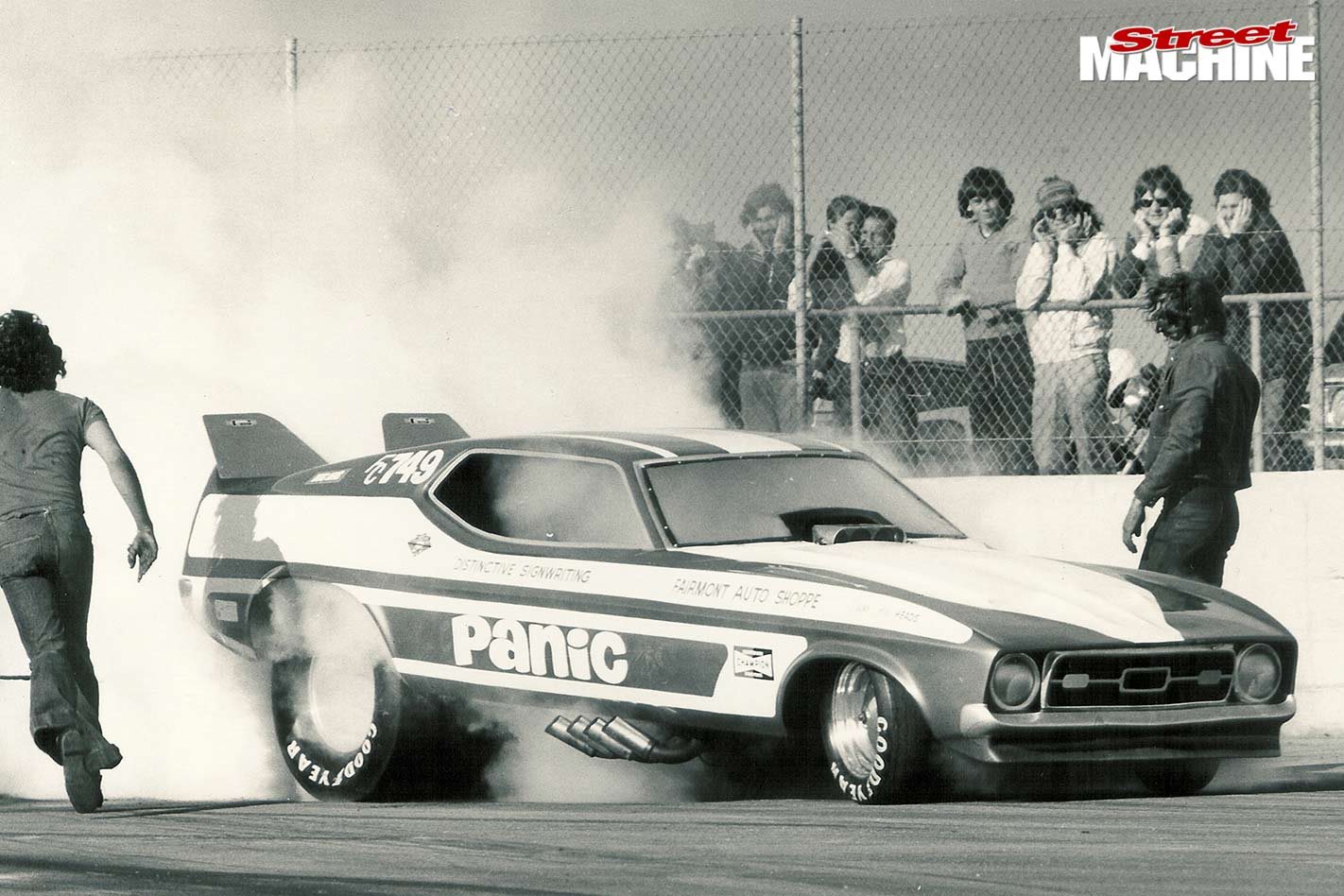 Lumb and Phillips then purchased a US-built Mustang FC from Graeme Cowin and for the following year were one of the mainstays of the bracket, racing from Adelaide to Surfers Paradise. They were widely known for their tied-down burnouts, with the car roped to a tow vehicle, until that was banned. Later that year the team toured New Zealand, taking fire burnouts across the Tasman for the first time. 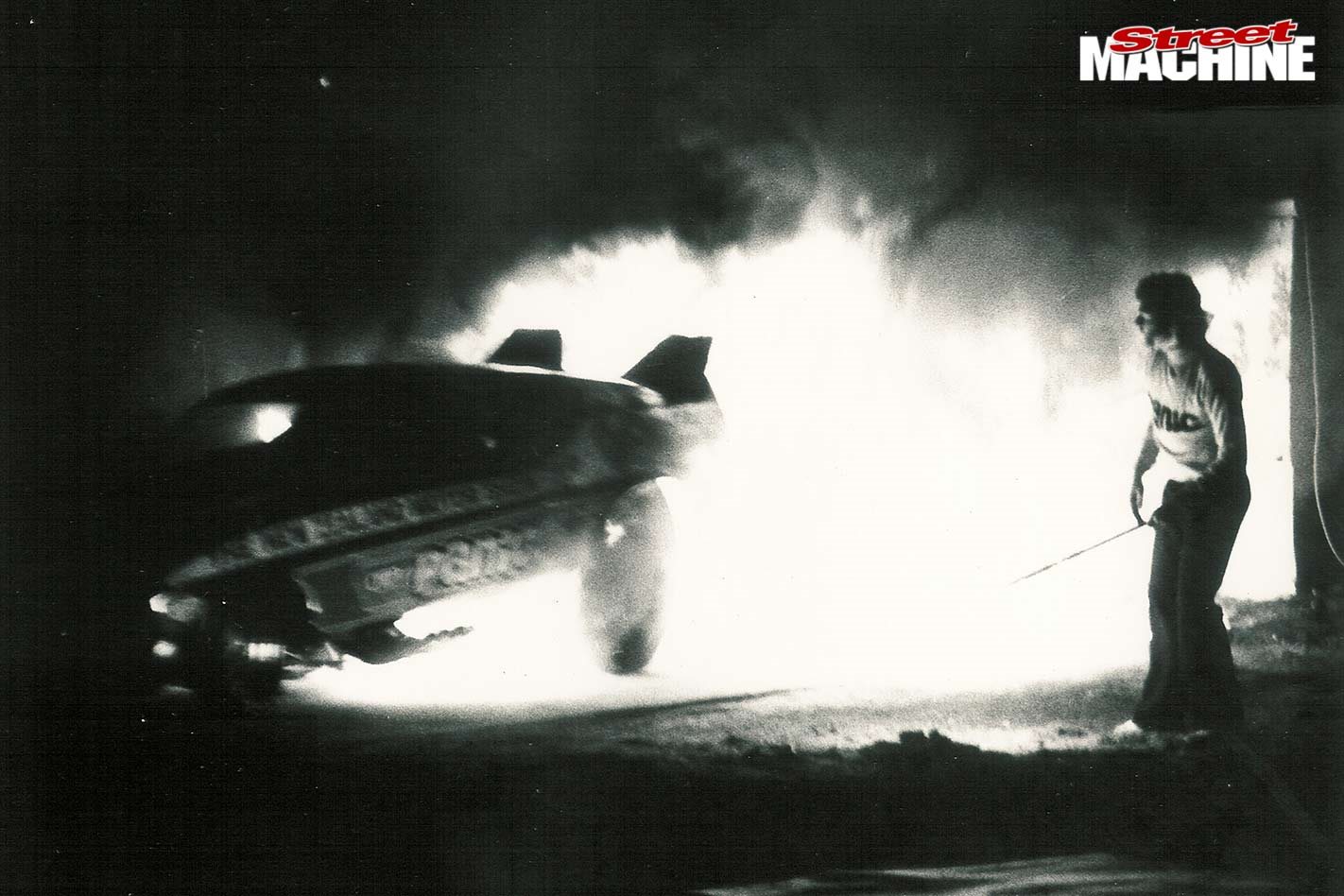 John Lumb stopped his drag racing at the end of 1975 but remained in contact with the sport and many of its participants from those crazy days in the early 70s. Back then there was no actual Funny Car bracket in Australia and the rules were what you made them so the limits of fun were as far away as your imagination and nerve. 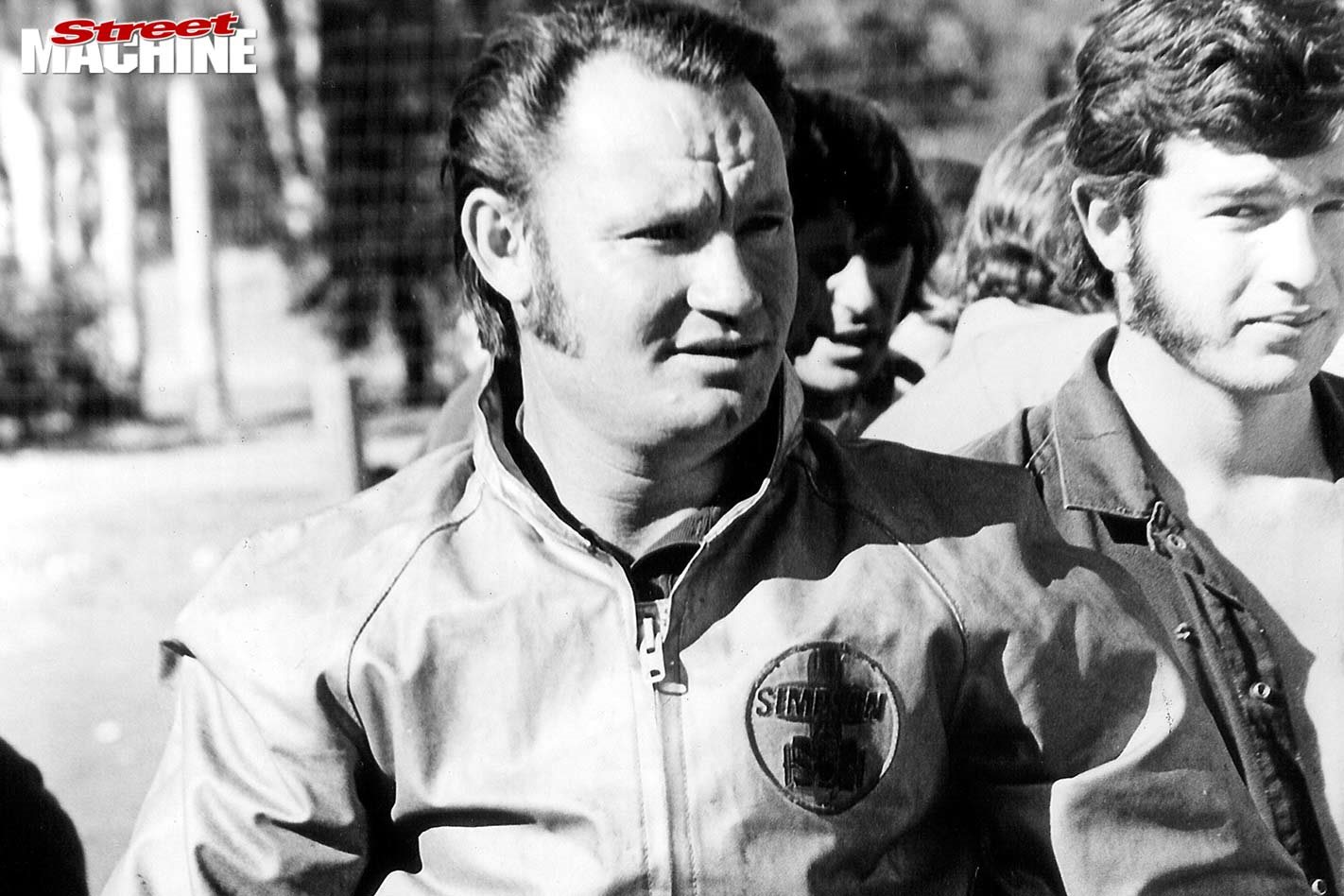 John Lumb passed away [in 2011] at age 74, leaving his partner Eileen, his children and grandchildren and a reputation for enjoying life to the fullest.