The quest for something different took Hayden Ivers on a journey to pennsylvania, brought together some great talent, and left him with this classic Fairlane Thunderbolt replica.

This article was originally published in the January 2016 issue of Street Machine.

HAYDEN Ivers was on the lookout for a unique machine when he stumbled across this Wimbledon White Fairlane Thunderbolt reproduction online. He already had a Hertz Shelby Mustang replica, but it had lost its sheen. “It was fine to begin with, but it didn’t stand out any more,” he explains. “I thought I’d better get something different – and tougher!” 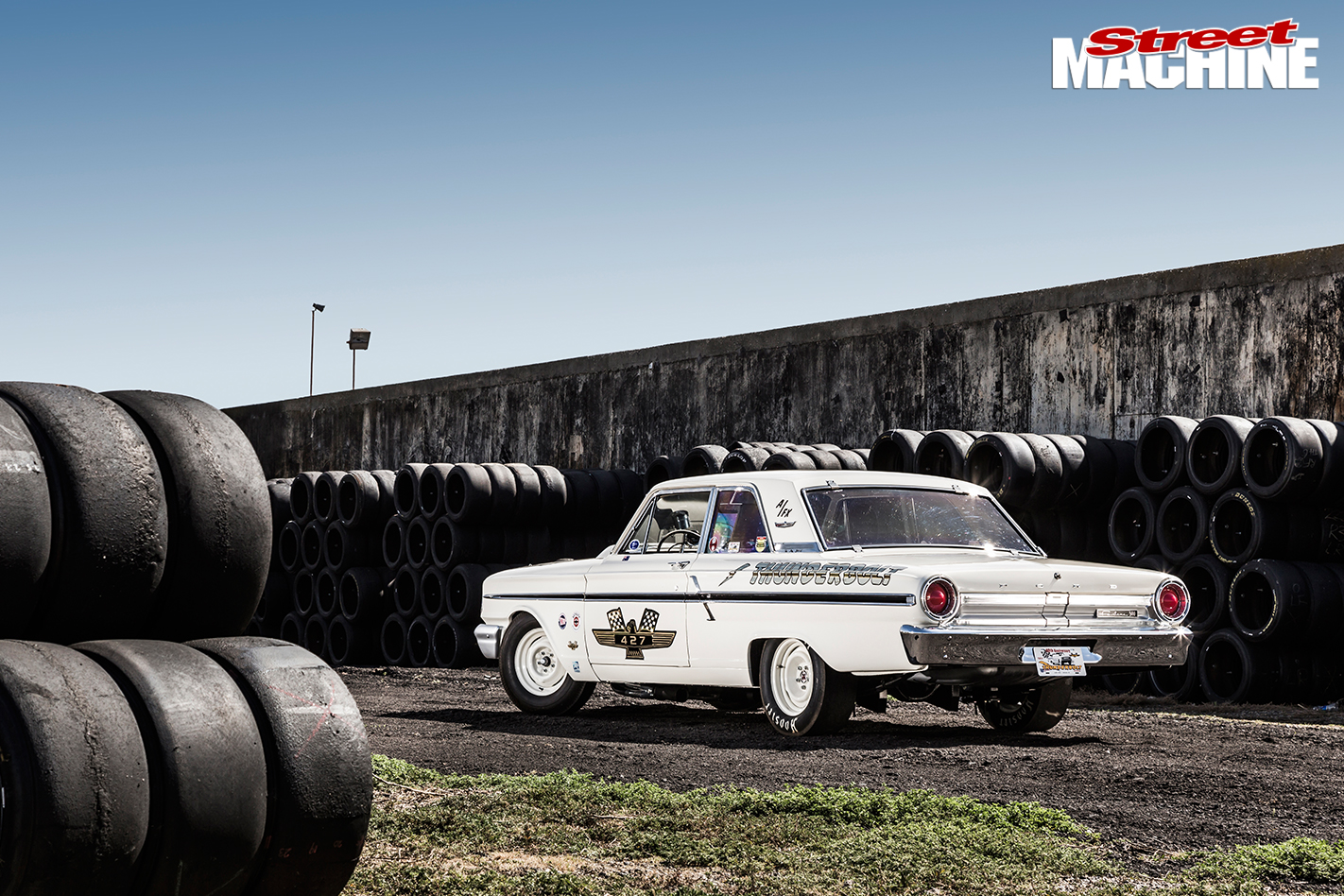 Hitting up Mr Google, Hayden found out that only around 100 Thunderbolts were made, specifically for homologation

in the Super Stock drag racing class, and, importantly for him, it appeared that not many people were into replicating them

– certainly not here in Oz.

A few phone calls and a wire transfer later, the Thunderbolt was his. “The dealer said he couldn’t really fault the car and that it was the loudest thing in the lot,” Hayden says. 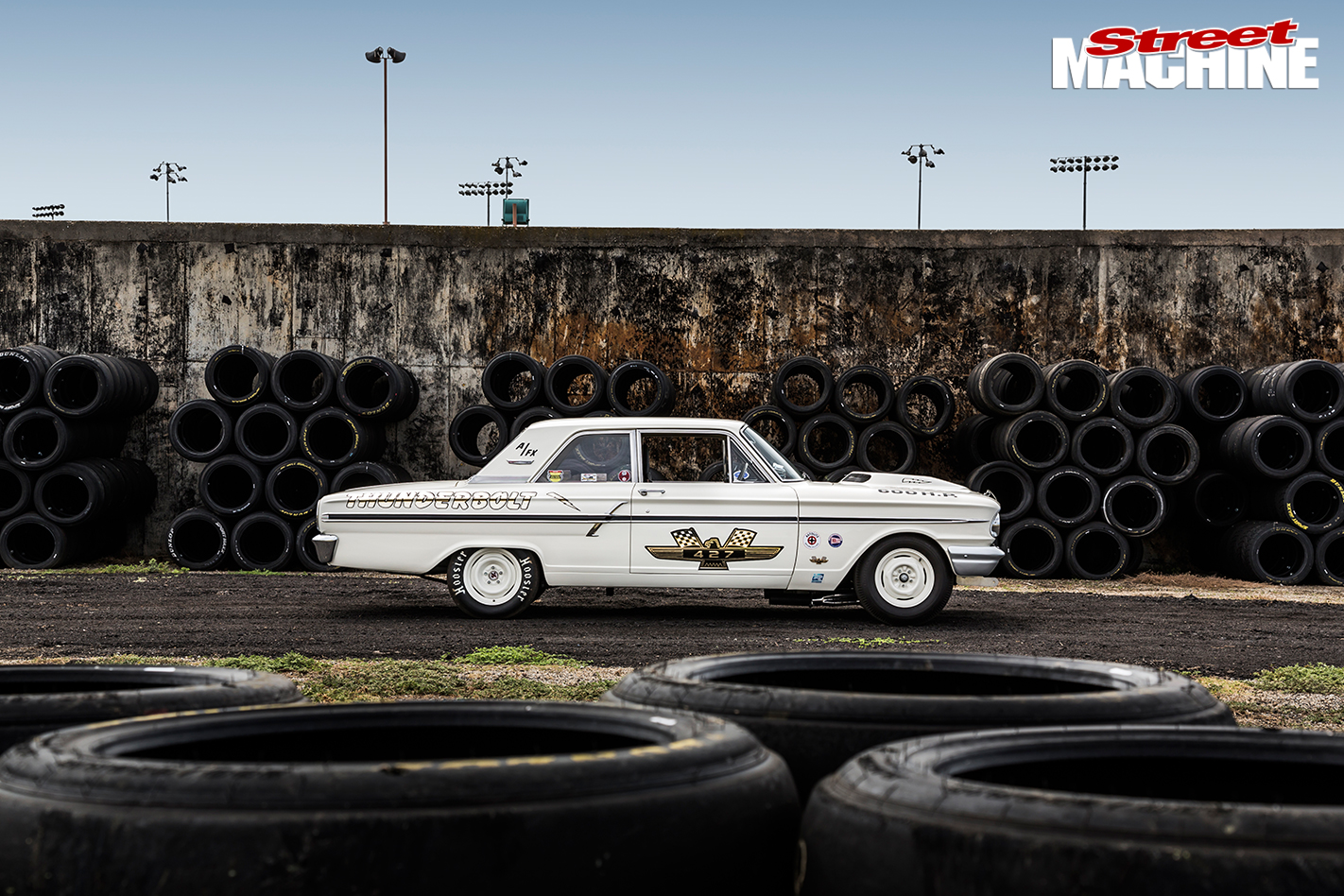 But like so many of these long-distance purchases, not all was as it seemed; the fun and games began when the car landed. “It had an original 427 FE block and rare high-riser heads, but the trans was out of a wrecking yard; it was covered in dirt!” Hayden says. The same applied to the axles; in fact, they didn’t even have seals.

To make matters worse, the engine sounded crook. “When it was being transported, I reckon some peanut started it up and gave it a rev, but you’ve got to warm them up,” Hayden says. The fragile sodium-filled valves met the piston tops with expected results; the famous high-rise engine was lunch. 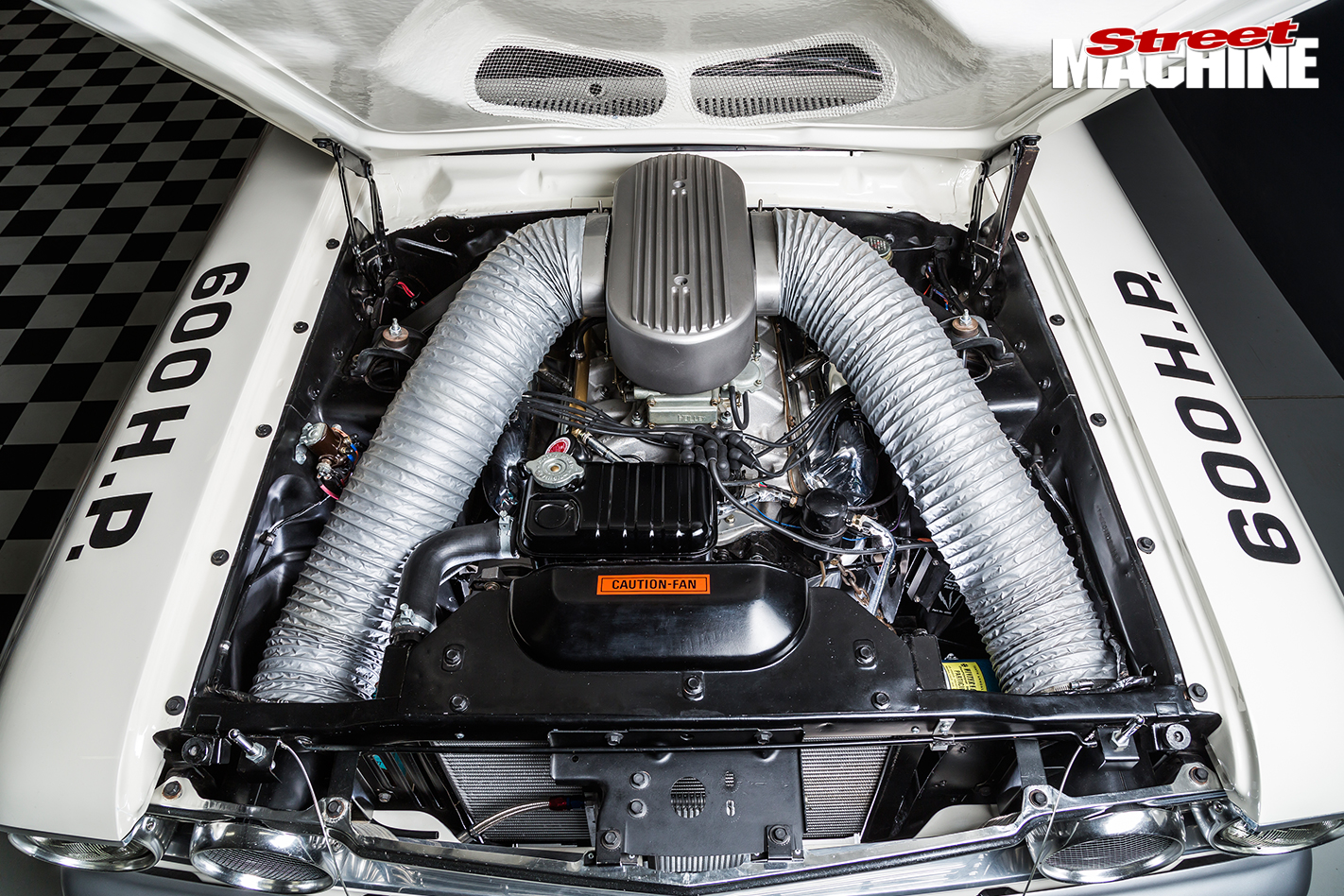 At least it was easy to remove; it wasn’t even bolted in! The donk had been resting on the replica Thunderbolt extractors, consequently consigning them to the scrappers as well. Hayden also discovered that the Thunderbolt rear sub-chassis had been welded in crooked and the heavy-duty traction bars were askew.

The issues might have been enough for some punters to flip the car in the classifieds, chalk it up to experience and start again, but Hayden knew the correct basics of the Thunderbolt were there; he just had to re-set his starting point.

“Those high-rise heads aren’t doorstops,” he says, “so I needed the right guys on the job.” Enter ANDRA Hall of Famer Paul Rogers Sr, of Paul Rogers Performance Transmissions. “Once I saw he had a Ford tattoo like mine, I knew he was the right bloke for the job!” Hayden says. 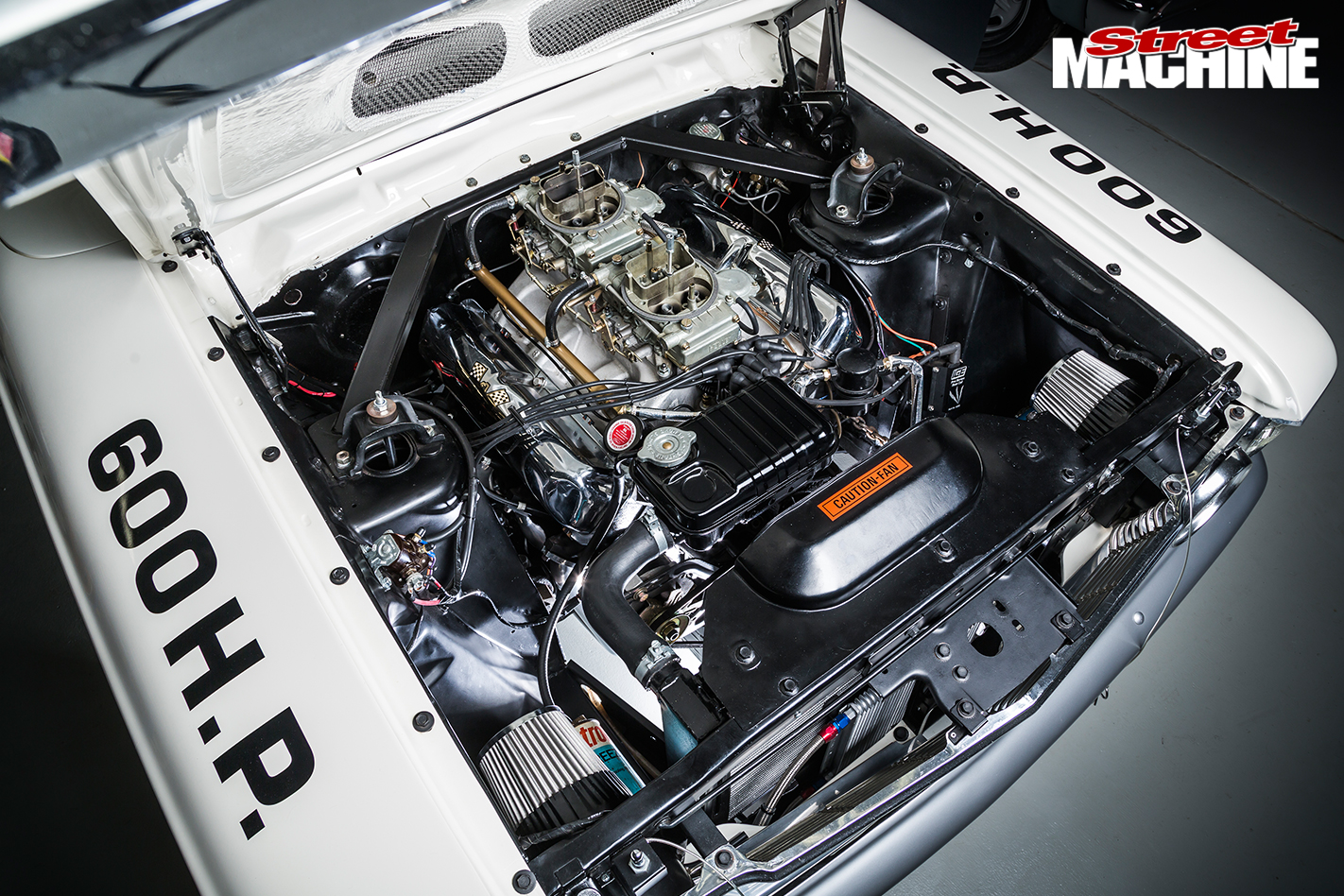 Paul screwed together a tough combo using the trick heads, but replaced all the fragile gear that technology had caught up with. While he was there, in went a Scat stroker kit to push the capacity out to 489 cubes. “I wanted a proper replica, but there is a point,” Hayden says of the decision to upgrade equipment. “Outwardly, the only bit that isn’t Thunderbolt is the ICE ignition system.”

Paul was also able to lend his skills to the C6 trans supplied with the car, installing a manual valvebody and Dominator high-stall set to 3500rpm. The Lincoln-sourced auto fitted to around half of the original Thunderbolts wasn’t much chop, so Hayden was happy with the compromise. Paul paid similar attention to the rear end, refurbing the landfill that came with the car and fitting a Detroit Truetrac centre. 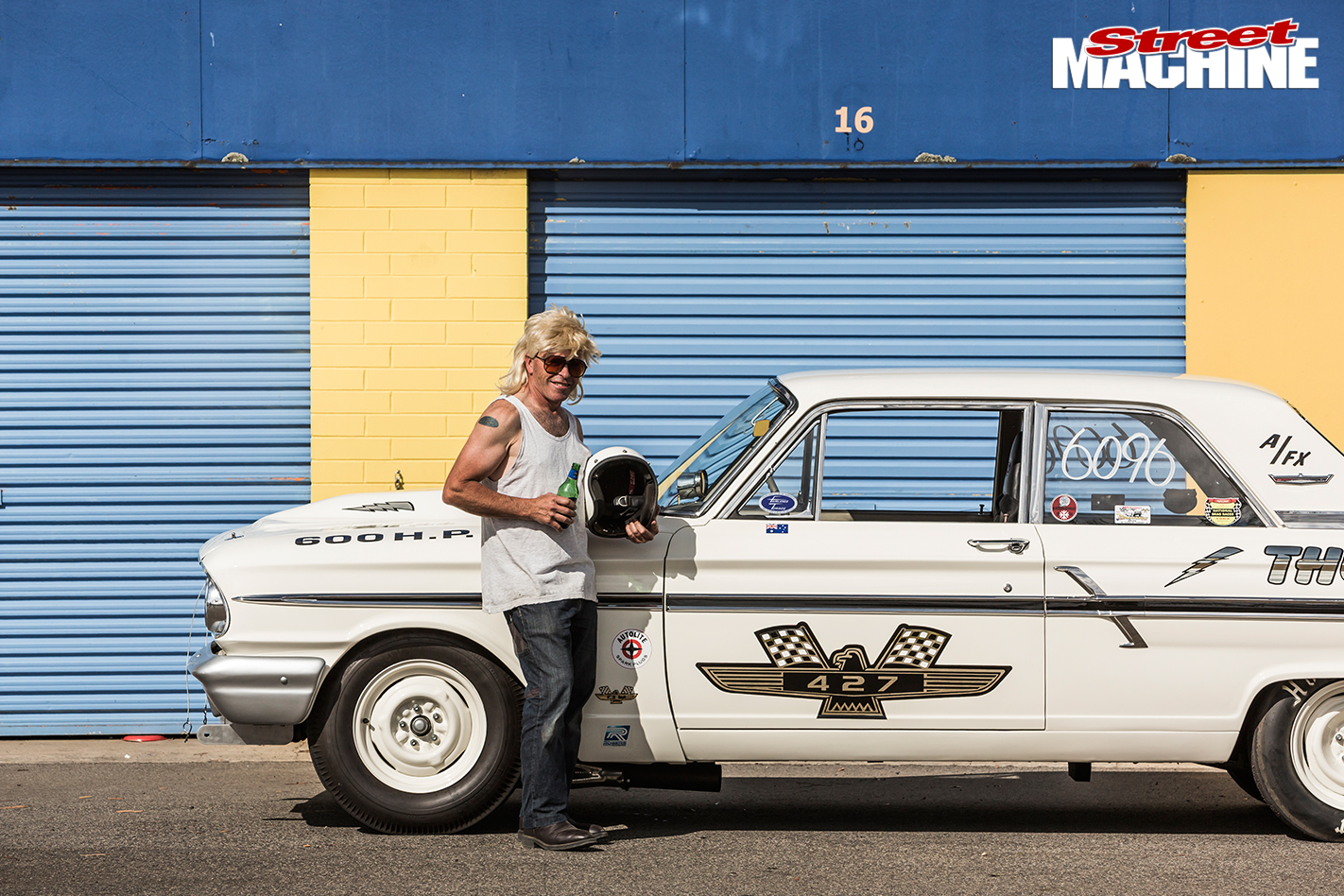 A few suppliers in the States cater to Thunderbolt owners or those building replicas, so after removing the crook sub-chassis, Hayden sourced a ready-made reproduction unit complete with traction arms, from Crites Performance Parts in Ohio.

“I’m not a welder; I cart shit for a living!” Hayden laughs. “So I got my mate Craig Rogers to install the new gear. Straight, this time!” Crites Performance also supplied the replica ‘bag-o-snakes’ headers, which Hayden fitted himself. “Each pipe is fitted separately and in a specific order! It’s a nightmare.”

Furthermore, the shock tower modifications that the original Thunderbolts had were not adequately replicated in Hayden’s Fairlane, meaning a heap of extra work was required to fit the snakes in there. 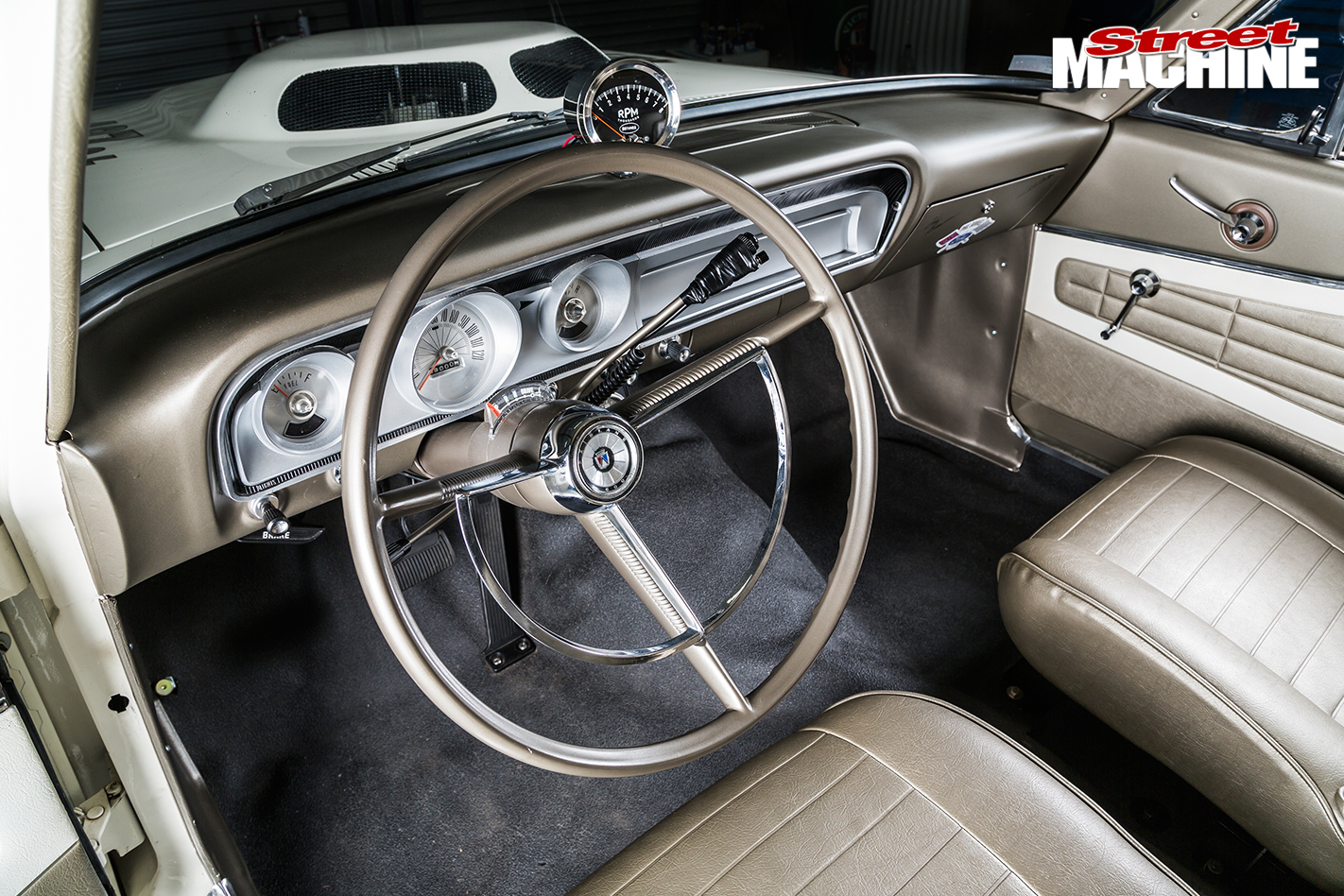 “It’s been a journey,” Hayden says of the build, “one that took me all the way to Beaver Springs, Pennsylvania!” While reading up about the Thunderbolt online, Hayden had been astounded to learn that Dick Brannan, employed by Ford Racing back in 1964, was not only still alive and well but happy to field questions and offer information. “More than that, he invited us to his house!”

Hayden didn’t make it to Dick’s Georgia digs, but instead met the man in person at the FE Race & Reunion event at Beaver Springs Dragway. Dick took a keen interest in Hayden’s replica rebuild, and amazingly, he not only still owns Ford Fairlane Thunderbolt build number one, but brought it along to the meet.

“I love my car and it makes all the right noises, but sitting in Dick’s number one was something else,” Hayden says. “It gave me the inspiration to push on.” 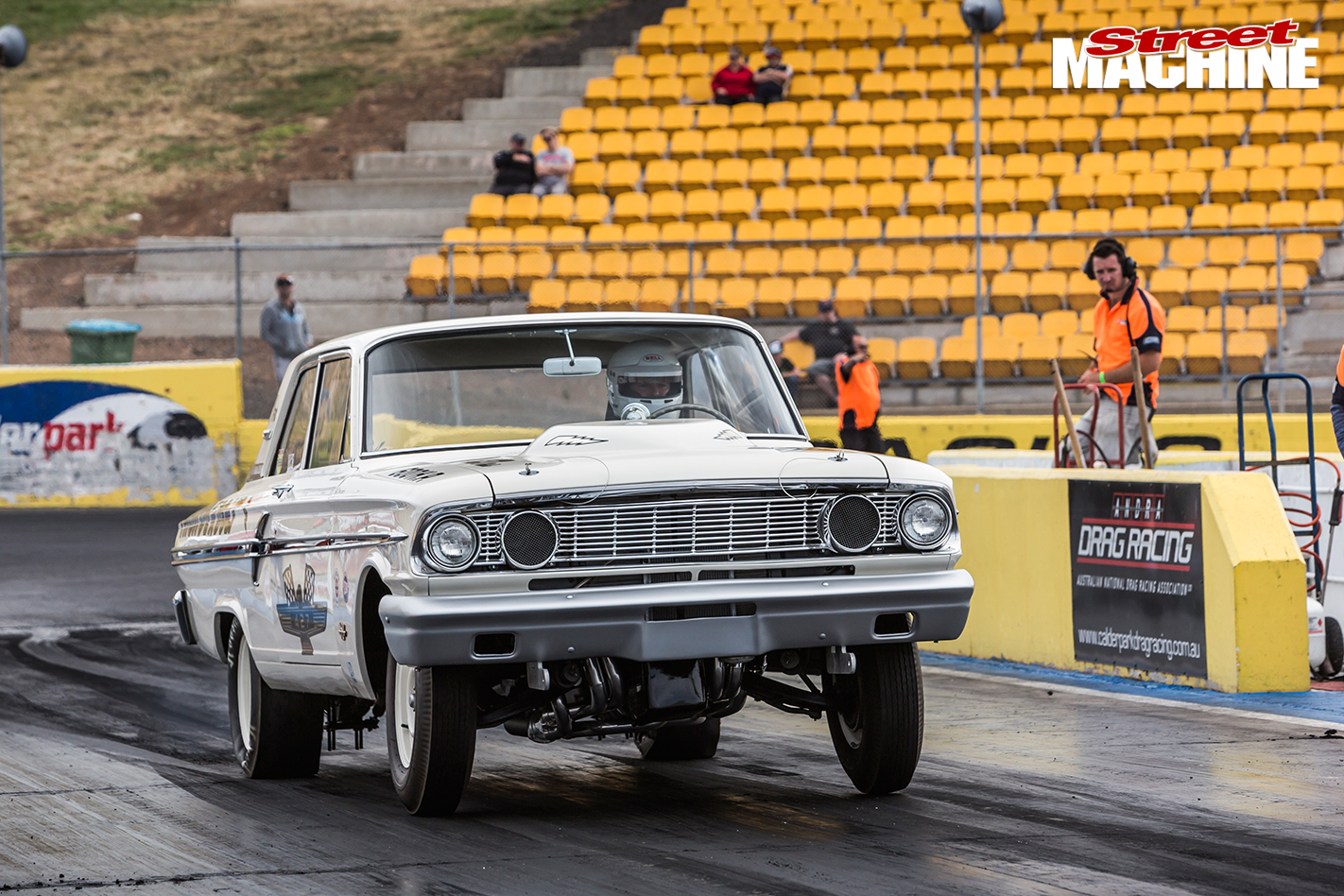 Now that the car is complete, Hayden has been enjoying the Thunderbolt a quarter-mile at a time. “I took it to Calder and it ran 11.5s all day!” he enthuses. It’s still on a run-in tune though, so it should be good for high 10s, but Hayden wants to avoid running a ’cage. “That’s for the racers; I just want to have a good time!”

And now the Thunderbolt is everything it should be, having a good time is a given. 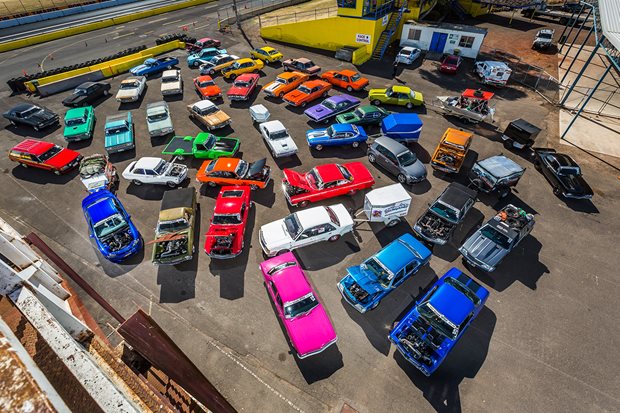 There's 115 entrants coming to Drag Challenge 2016. Here's a closer look at some of the contenders 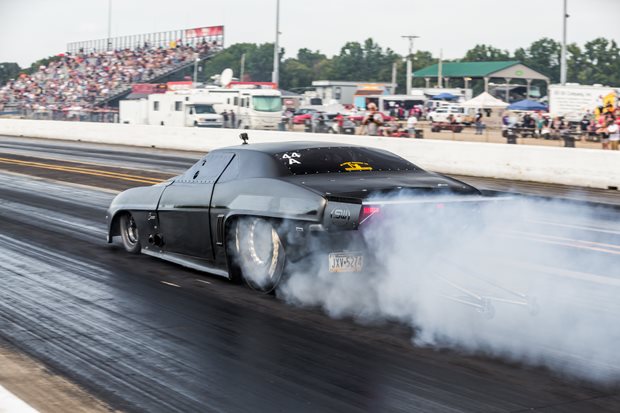 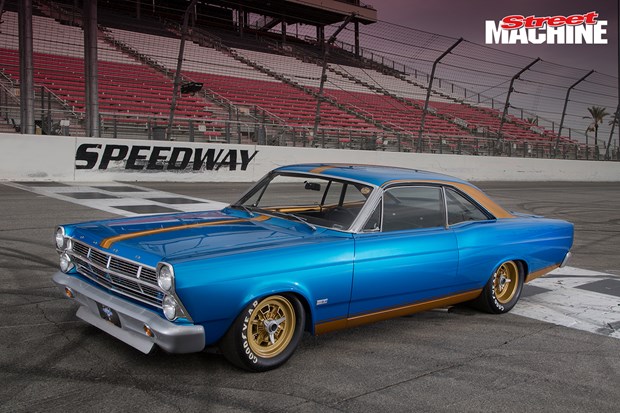