BACK in 1969 and ’70 a Boss 302 Mustang was a seriously hot piece of gear on windy roads. Unlike big-block muscle cars that were at home on the drag strip, the Boss 302 was a youth-oriented model designed to homologate Ford’s mega-buck Trans-Am circuit effort for those years, and they were properly exotic. But RestoMod Performance from Melbourne wanted to make something even cooler: a Boss 302 ’Stang with all the handling, creature comforts, big brakes and high-tech, high-performance reliability that comes with a pro touring build. Their ’69 fastback ticks all those boxes, with a quad-cam, injected Coyote 5.0L Ford V8 putting out 270kW (362hp) at the wheels; coil-over suspension; rack-and-pinion steering; six-pot brakes; climate air con; and a six-speed manual.

Emanuel Darmanin is the main man behind this project, and has a fine pedigree when it comes to building fast Fords. We featured his XA coupe way back in SM, Oct/Nov ’85, followed by his super-sharp XD in August 2012. “We specialise in pro touring builds, not just for Mustangs,” he says of RestoMod. “The reason we built it was to promote the business, then sell it. But as usual I went overboard. This car is fully engineered, it’s fully legal.

“Originally we were going to put a 5.4 modular motor in, but the Coyote was a lot better. We went to Herrod Performance and got a crate motor, as it’s a brand new motor and you can drive it in 35-degree heat with no overheating, no stalling and no hard starting.” 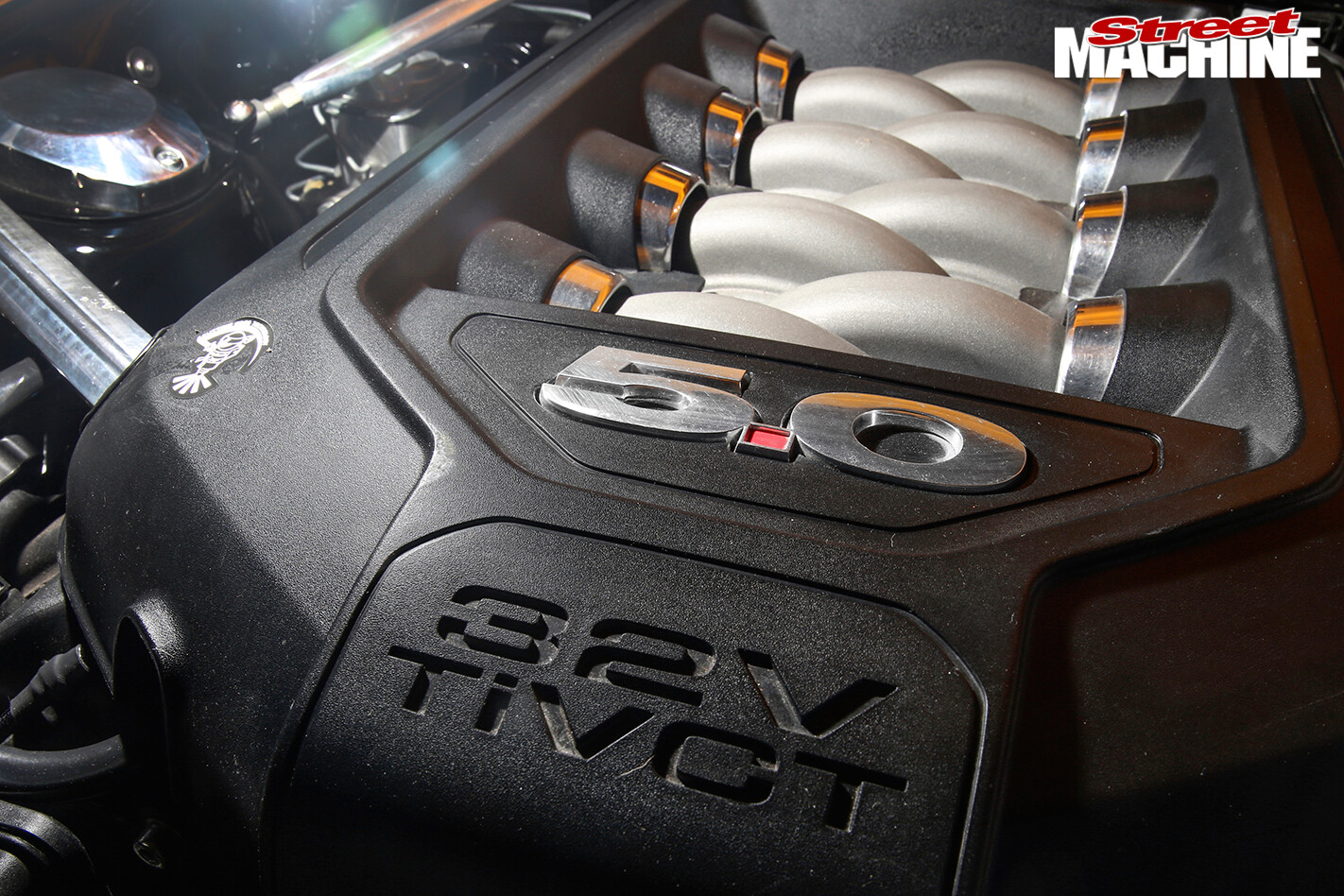 The Coyote is the same 5.0L naturally aspirated V8 that’s been under the bonnets of US Mustangs for a few years now, unlike the supercharged Miami motors our FPV Falcons have run, or the blown Shelby examples.

A bolt-on Canton sump lives under the Coyote, keeping the engine’s weight down while allowing clearance for the steering system. It also means the back of the big Tremec six-speed manual (sourced from a BF Falcon) ended up in the right spot to hook up to the diff, keeping good pinion angles. While it only swings five litres of capacity, the double-overhead-cam heads on each bank mean the new-gen motors consume almost as much real estate as a Boss 429 big-block! Fortunately the RestoMod Performance crew were able to replace the standard shock towers with notched items from Dynacorn, who also supplied the blank firewall piece to convert to right-hand drive using an Ididit column. Other body mods included replacing the Mustang transmission tunnel, designed to suit a four-speed manual, with an entire tunnel section from a BF Falcon for the Tremec ’box and shifter. 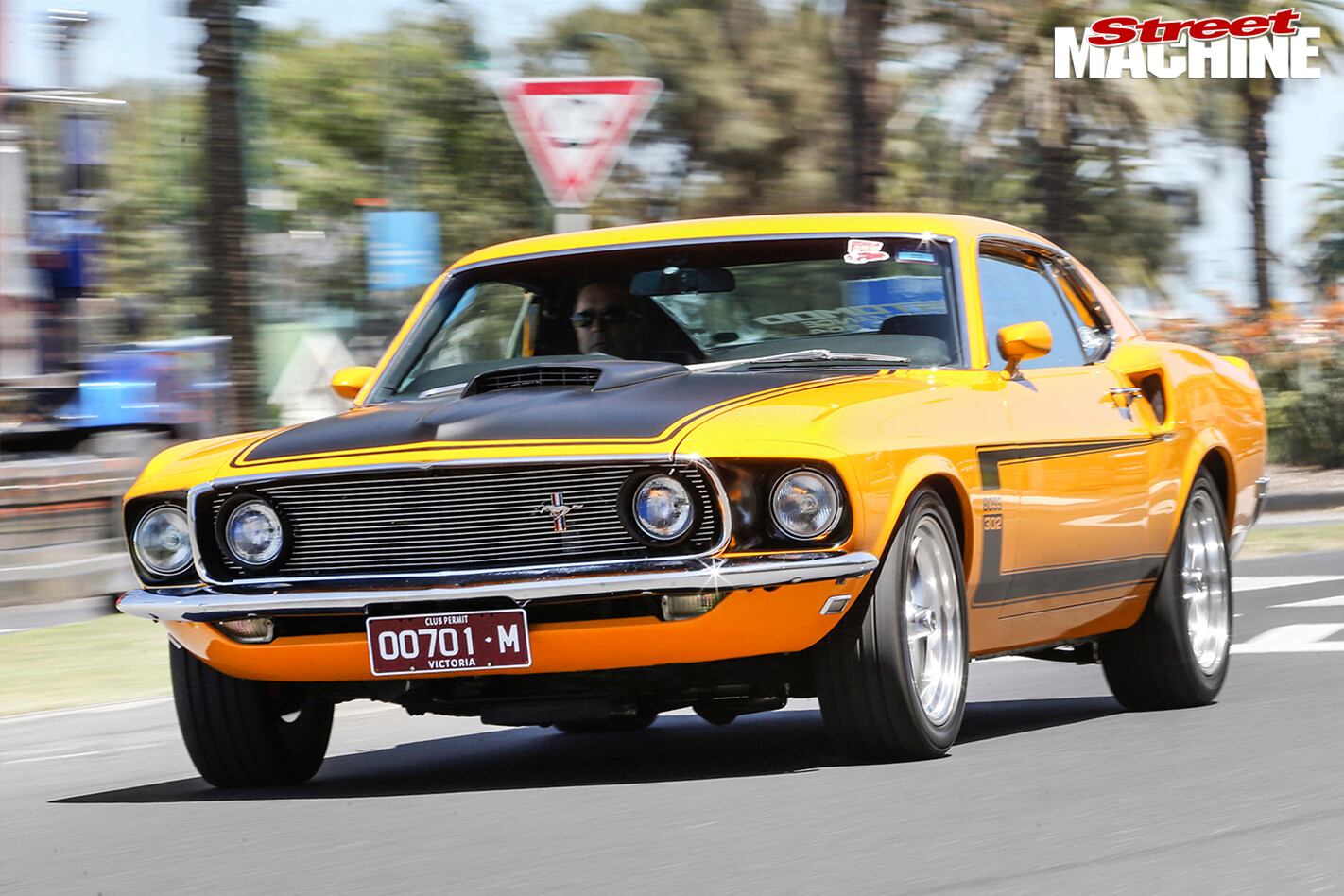 While the Boss 302 was one of the sharpest-handling muscle cars of the day, they aren’t a patch on today’s technology, so RestoMod replaced the old ’69-spec front suspension with modern coil-over struts from Total Control Products and rack-and-pinion steering from RRS. The leaf-sprung rear end was also binned and it now features a four-link and coil-over set-up, mounted to a Truetrac LSD-equipped nine-inch diff.

Rather than re-pinning the stock Coyote loom, the RestoMod Performance boys hooked up with Haltech to run a latest-generation Elite 2500 ECU, with a plug-and-play Haltech wiring loom set-up for the advanced quad-cam engine. “When we first started we were speaking to Haltech about running the computer-controlled six-speed auto,” Emanuel says. “You can get standalone ECUs for the transmission overseas, but not here. [Haltech] saw the potential of the Coyote in the US and here so they developed the plug-in loom for it.

“The Haltech transformed the car,” he continues. “We never used to be able to use sixth gear at 100km/h but now you can grab it at 80km/h and it just pulls. With the Elite you can even advance the camshaft timing up to 50 degrees! The Aussie computer can run the Coyote’s variable cam timing, electronic throttle, power steering, eight injectors and more, including the Vintage Air air conditioning that Emanuel and the boys included to withstand hot Melbourne summers. Other comfort touches include full Dynamat sound-deadening and insulation, something the original Boss 302 did without in pursuit of the lowest tare weight possible. And the good news is that if you like what you see here, the RestoMod boys can build one for you. “You can bring your own car in or we can source a body shell,” Emanuel explains. “A build like this could start at $80,000 for something pretty basic, but with paint and all the extras you could go $200,000-$240,000 all done.

“Since building this car we’ve got a Customline and a ’65 Mustang six-speed in that are both getting Coyotes, and we’re thinking of doing an XD ute with a Coyote and similar four-link and manual set-up to the ’69 Mustang.” 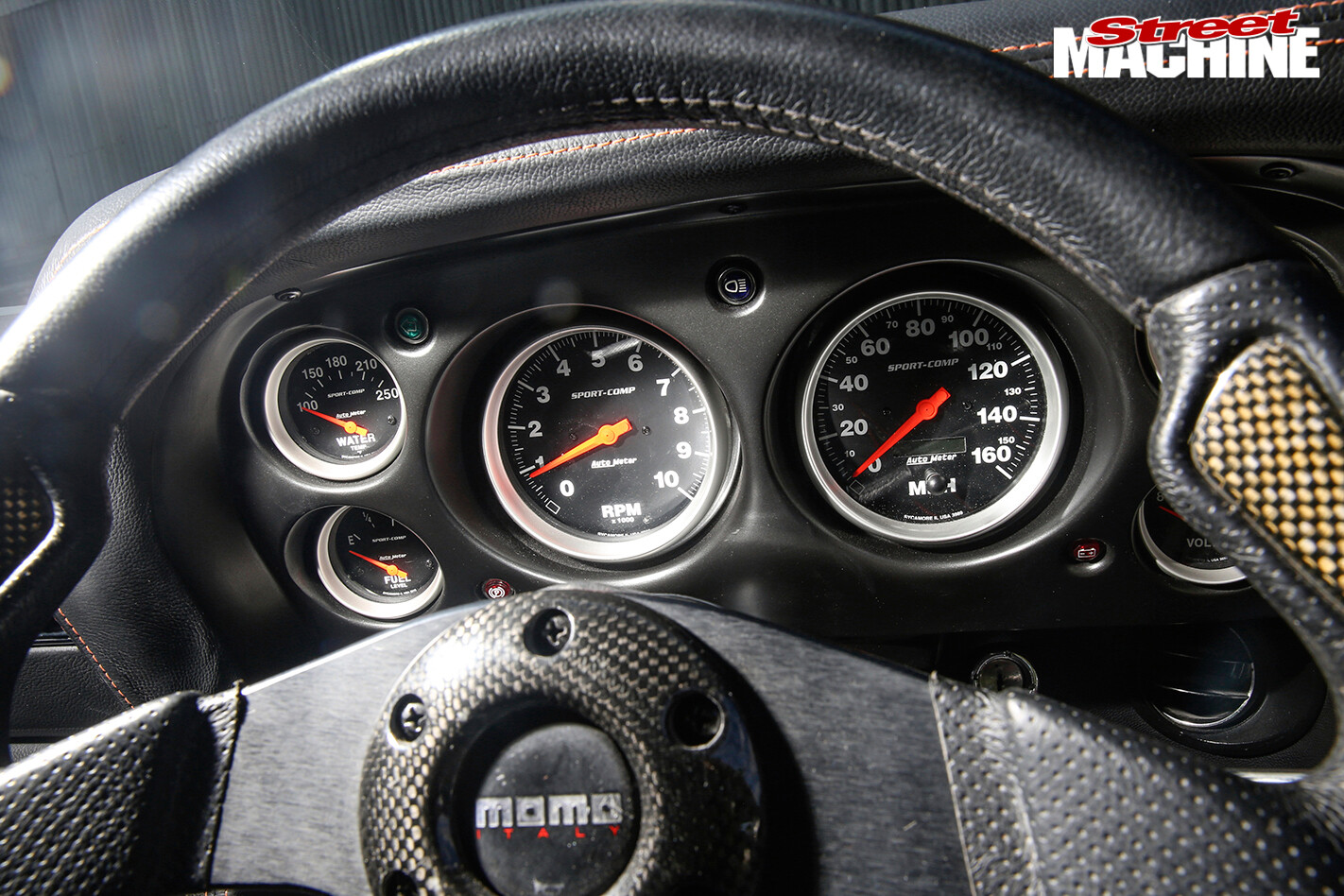 Hopefully we’ll see more Coyote and Miami swaps in the near future to balance out the avalanche of LS engines being put into street machines. Coyote all the things!