Looking back at the original, super-muddy UBC

THE inaugural Ultimate Burnout Challenge was the brainchild of Clint Ogilvie, Steve Loader and Nick Rees and was held (as have all of the UBCs since) at Avalon Raceway, just up the road from Geelong.

The concept was simple: put up a lot of cash and invite only the toughest cars and drivers to compete. The prize money that year (2009) was $20,000 in total, a figure that has been eclipsed since, but for the time was revolutionary. It certainly heralded a new dawn for the sport, one that has seen the prize money, number of competitions and quality of competitors grow exponentially.

The boys attracted 84 cars to that first meeting, and it was truly a star-studded cast, including John Petersen, Gary Myers, Peter Grmusa, John Taverna Jr and Mark Dall’aqua. The event was also notable for pulling in top-notch cars from all over the country, including Kynan Hall’s XB coupe from Perth, Adam Ubergang’s fire-prone HK sedan delivery from Queensland, Danny Smith’s C10 from Adelaide and Ben Simpson’s SCUD Datsun from Darwin.

AND THEN, THE RAIN

It was looking like being a massive competition, but the only thing the boys couldn’t control was the weather, which saw 30mm of rain dumped on the track on Saturday morning, reducing the pits to a mud bath. “With the conditions the way they were, I wouldn’t have blamed anyone for packing up and going home,” Clint Ogilvie said after the event. “So we held a meeting of all the competitors and told them if they wanted to pull the pin, we’d happily refund their entry fees.”

The entrants, however, were having none of it and voted almost unanimously that the show must go on. “The attitude of all the guys still blows me away,” Clint said. “You generally get a few people grumbling at any show but it was just amazing to see blokes pushing their show cars, covered in mud, all smiles.”

From there, the hard work began for the organising crew and, despite a grader being called in to clear a path, cars had to be pushed and later towed on and off the pad. “Once the rain stopped, we sent a few cars out to do some demonstration skids and help dry the track. It was blowing a gale too, so we got it dry fairly quickly,” Clint said.

Just as things were looking up, the pad copped another shower of rain, so the crew poured kitty litter all over the track and swept it up. “The track was still a bit wet but we had a couple of guys who didn’t think they were in the running for the cash and they volunteered to go out first, as sacrificial lambs.”

History shows that the win went to Shepparton’s Harry Haig in his XR Falcon ute, which was finished just in time for the event. Once on the pad, he stood on it – taking the car as high as 10,200rpm! – and put on excellent display of controlled mayhem. Veteran competitors were impressed and so were the judges, who awarded Harry the $10K first prize, which, legend has it, was promptly disposed of in the post-event celebrations!

Since then, wild, car-torturing antics have become the new standard for event-winning skids. To see what this year brings, get along to the event, which opens at 12pm this Saturday at Avalon Raceway, Victoria. For more info, visit tubc.com.au. 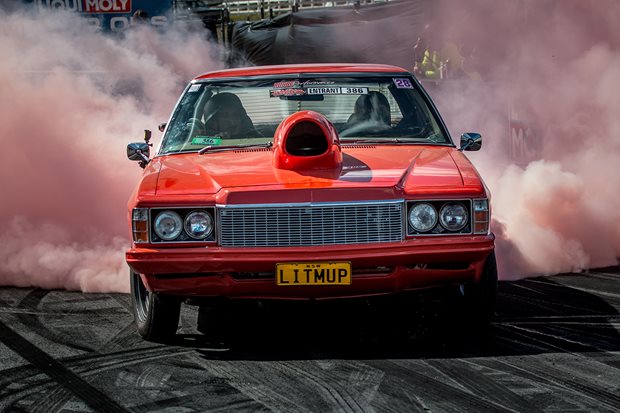 Listen to Dom Luci’s HZ Holden Kingswood howl at Summernats 28, and go along for the ride 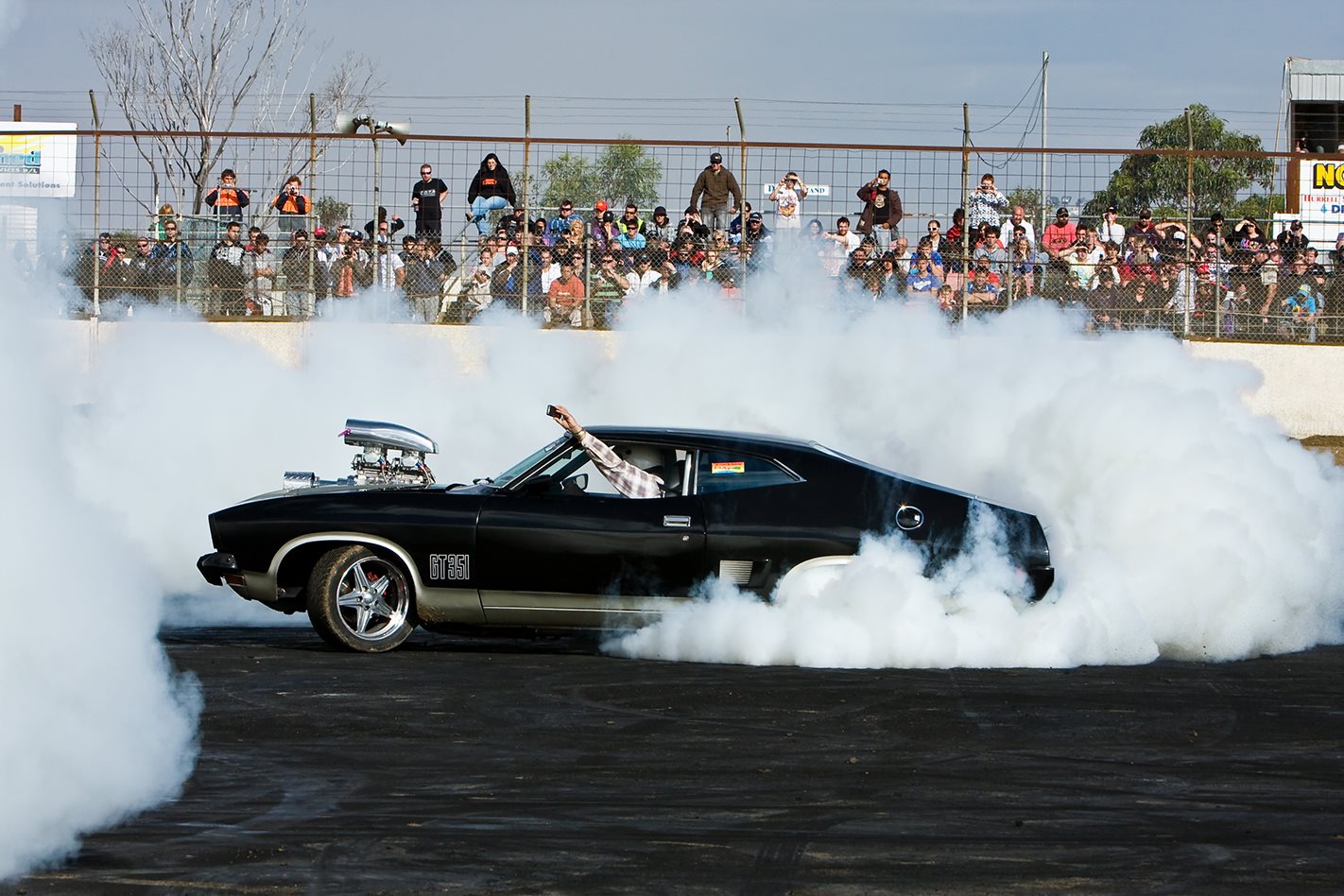 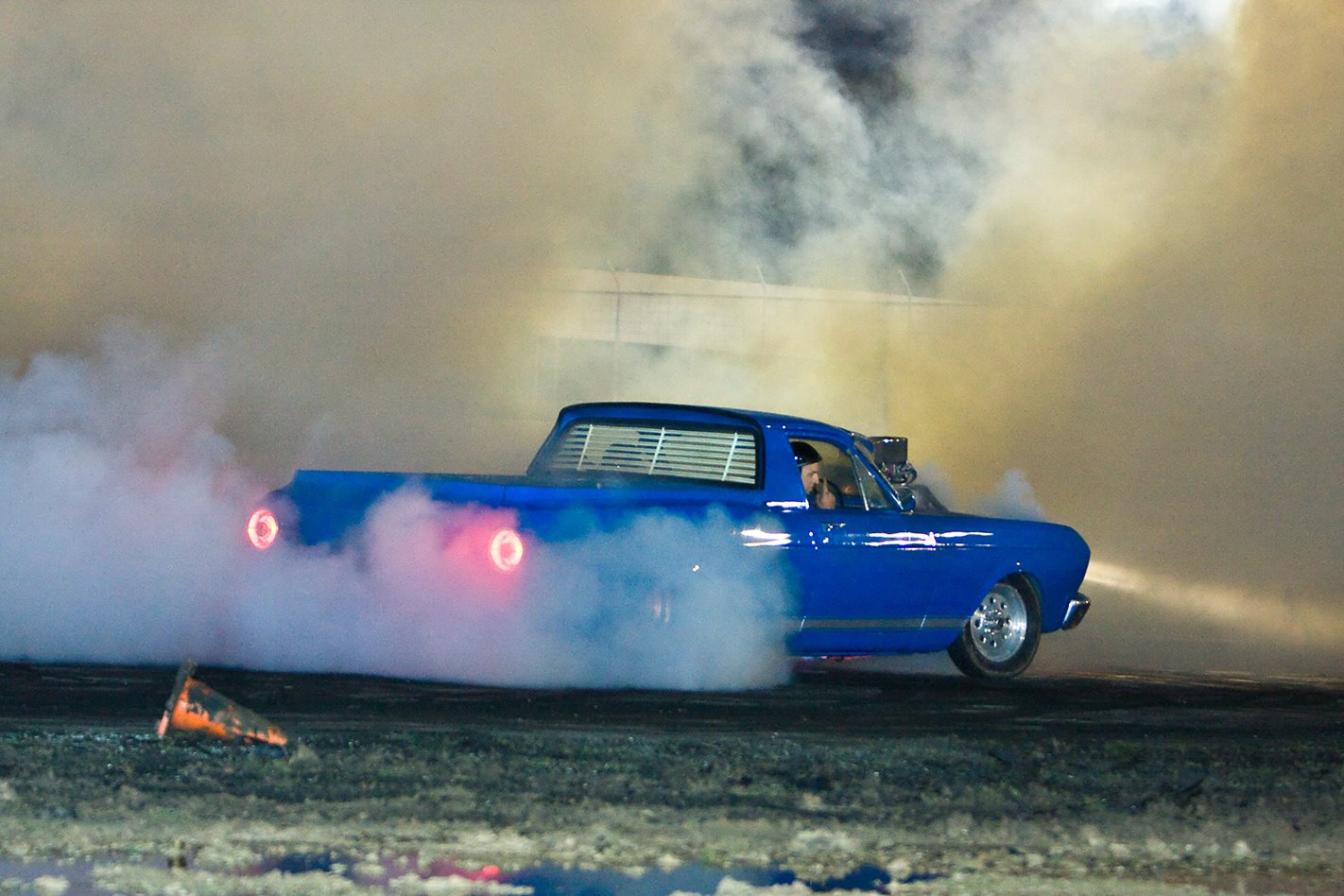 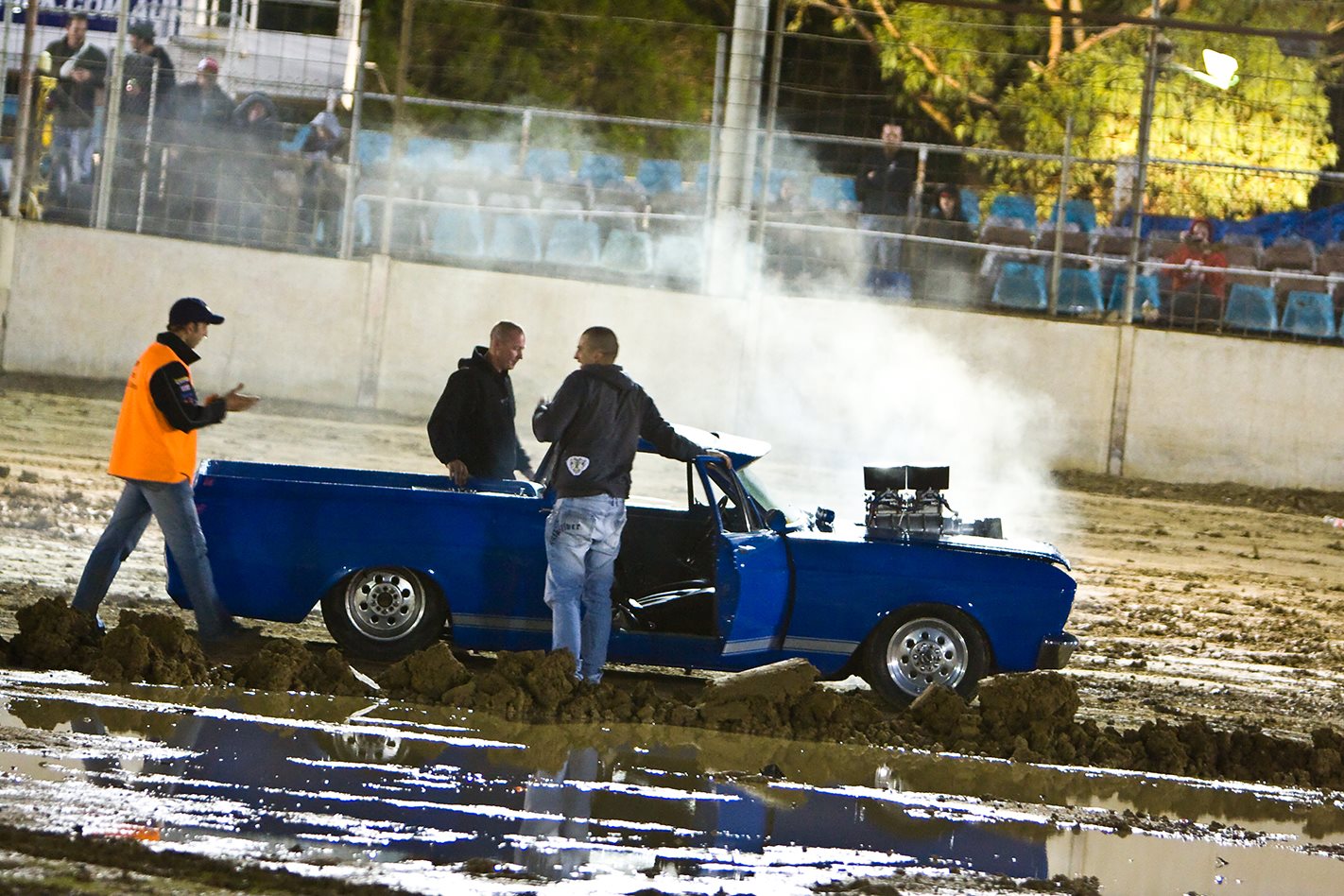 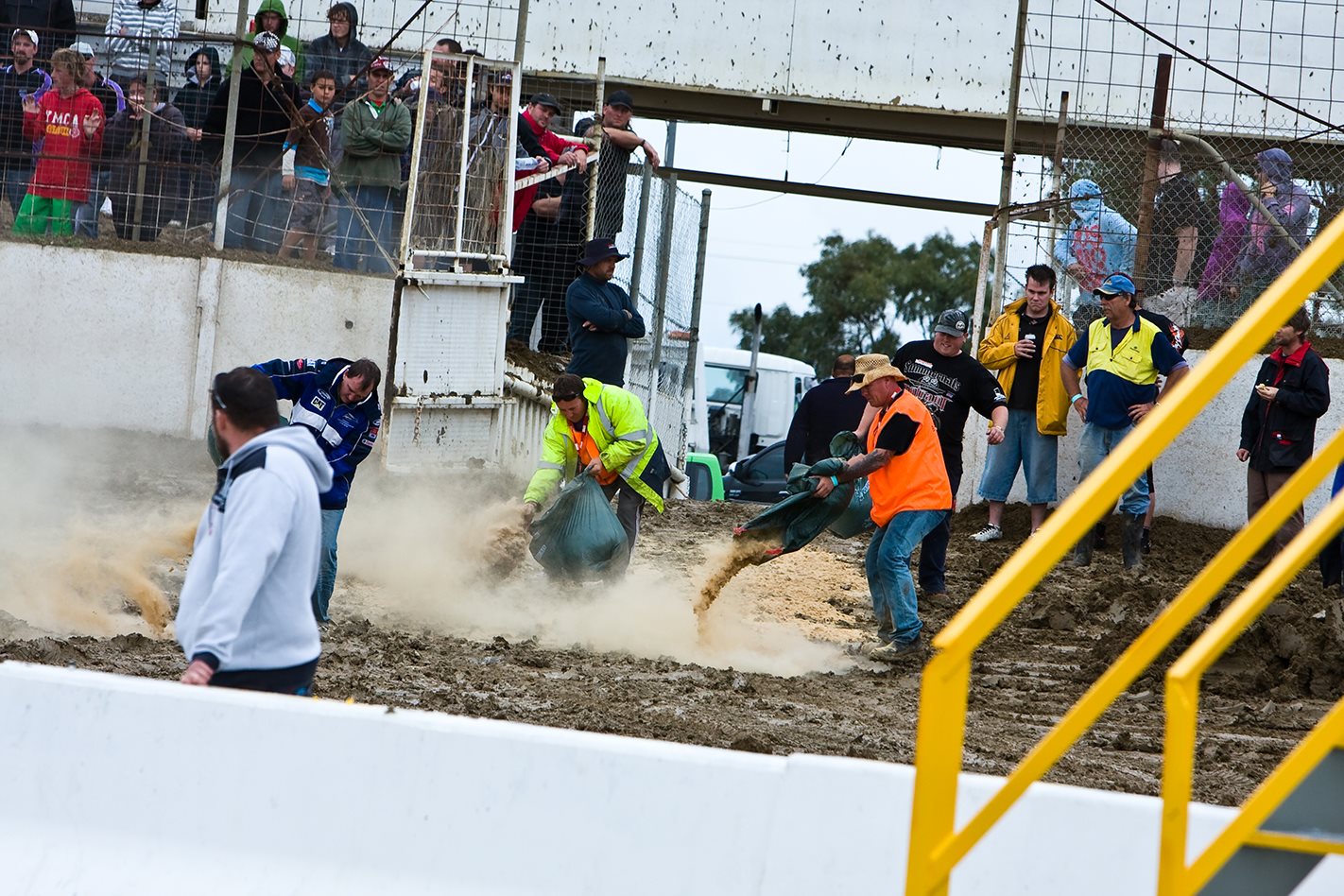 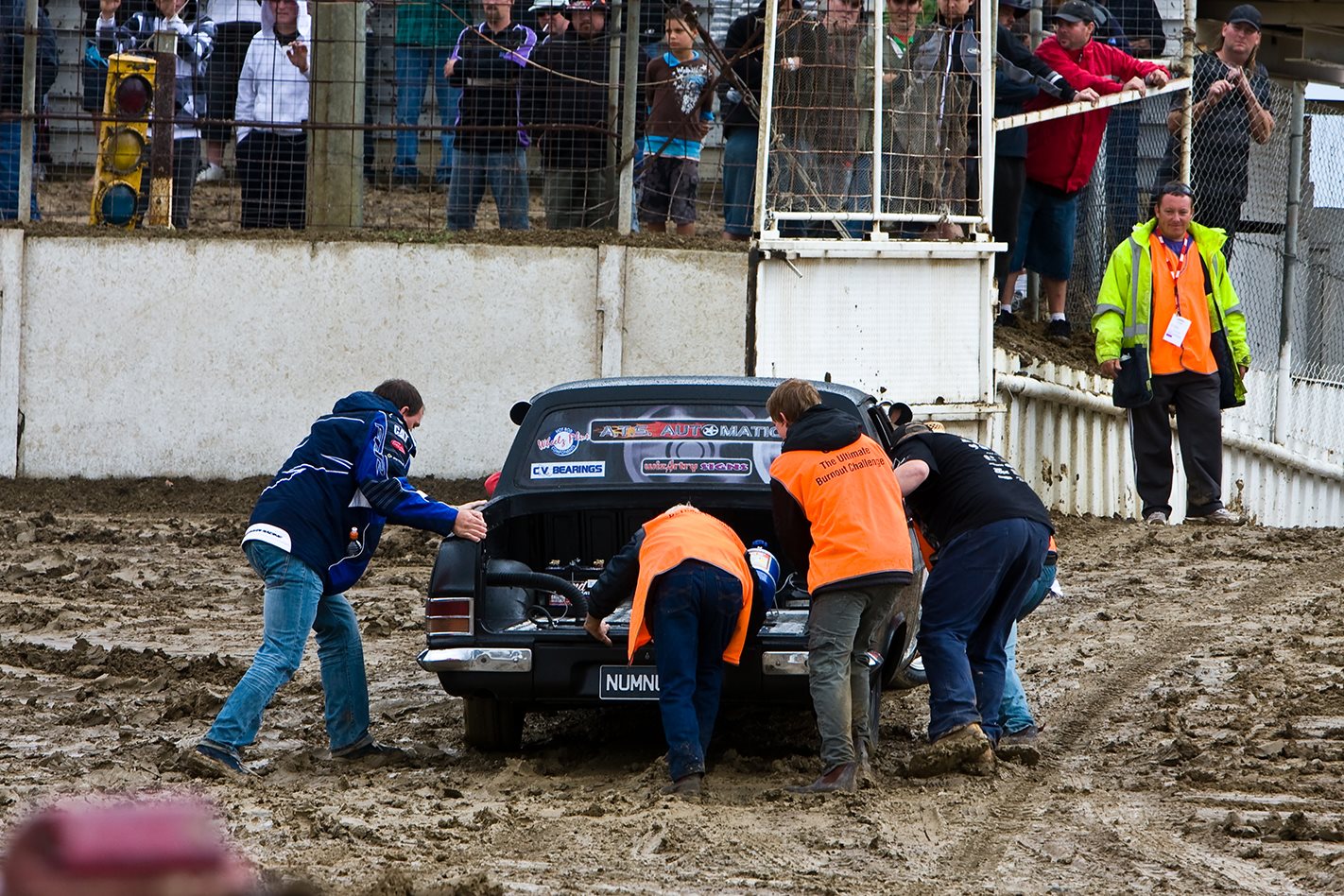 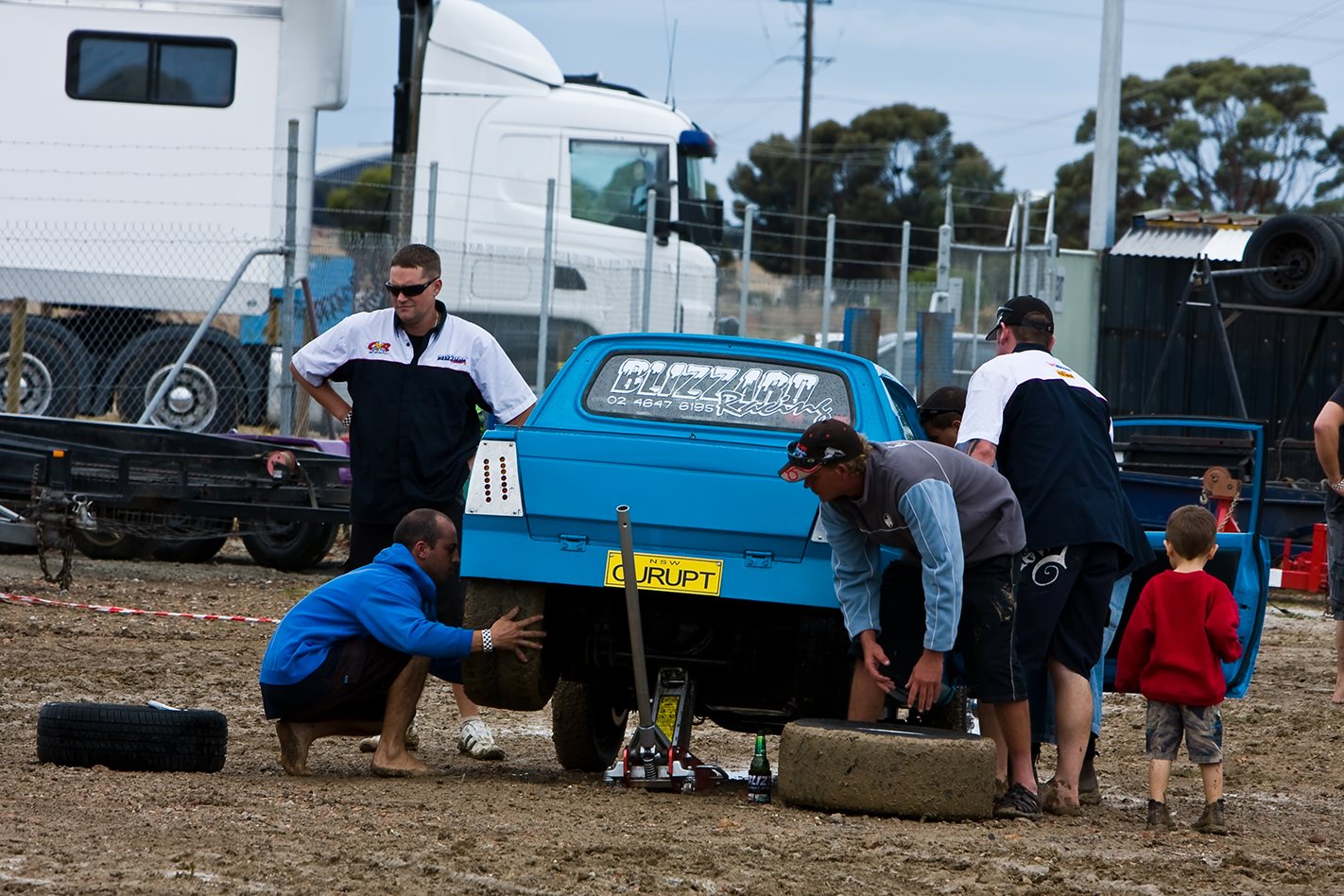 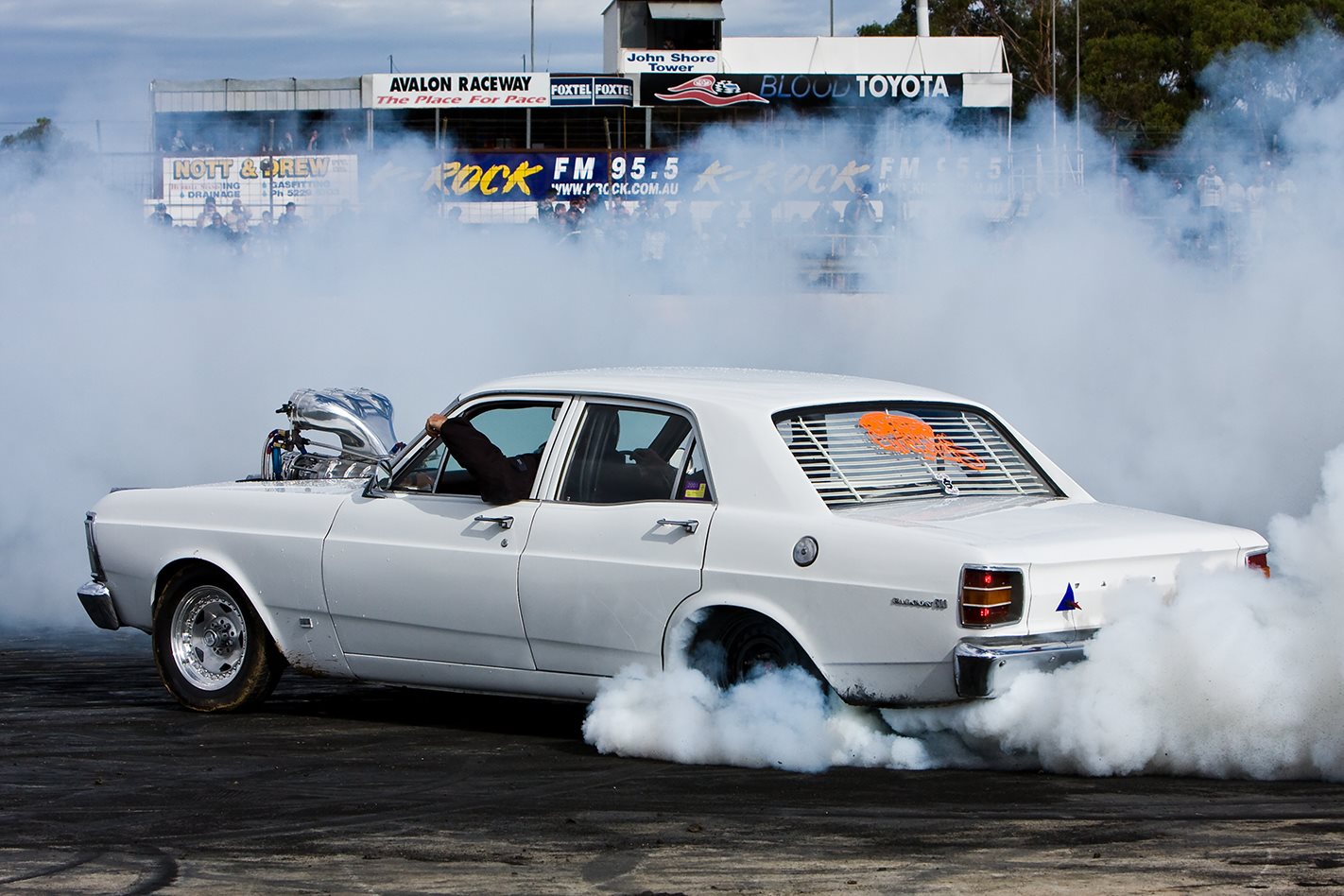 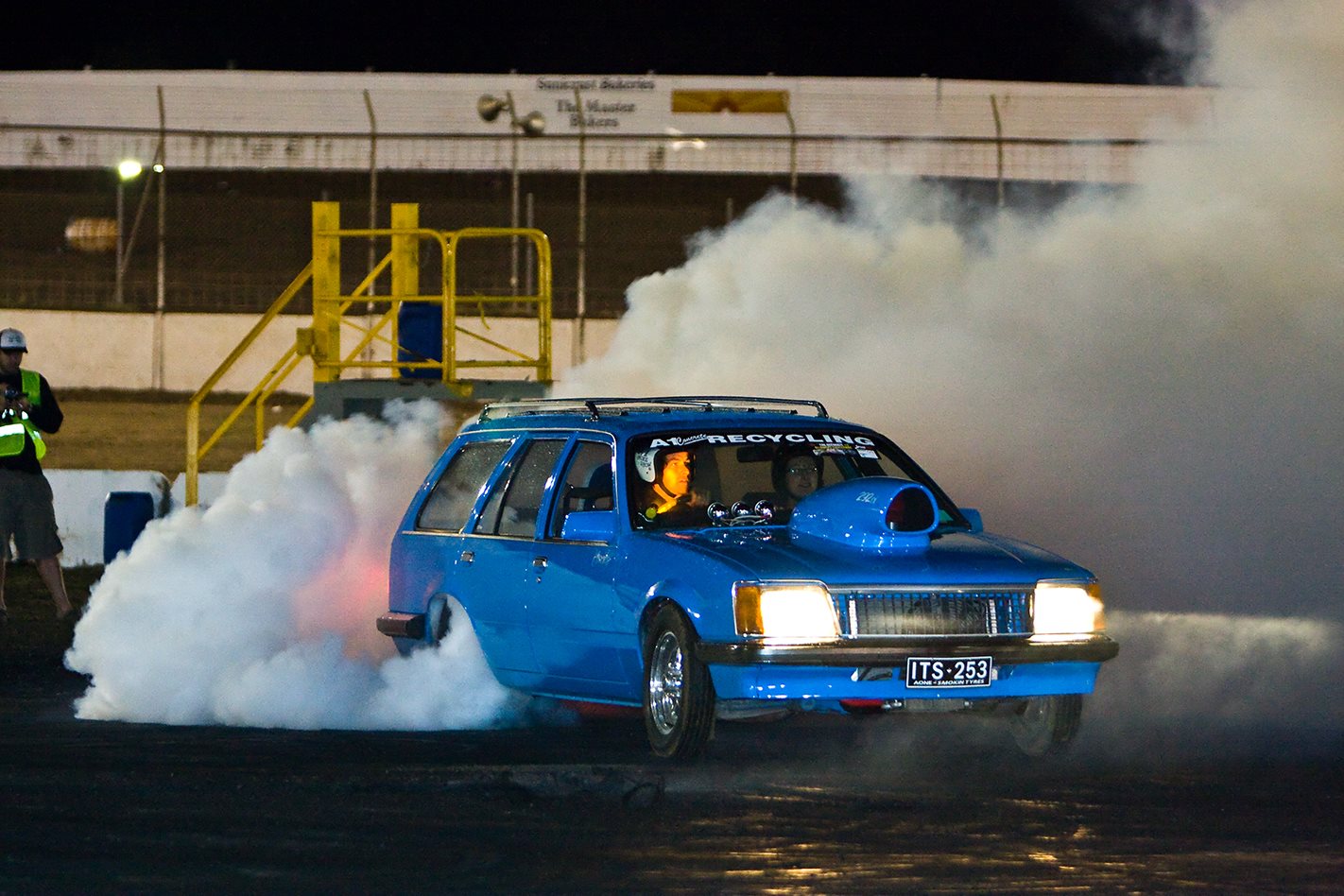 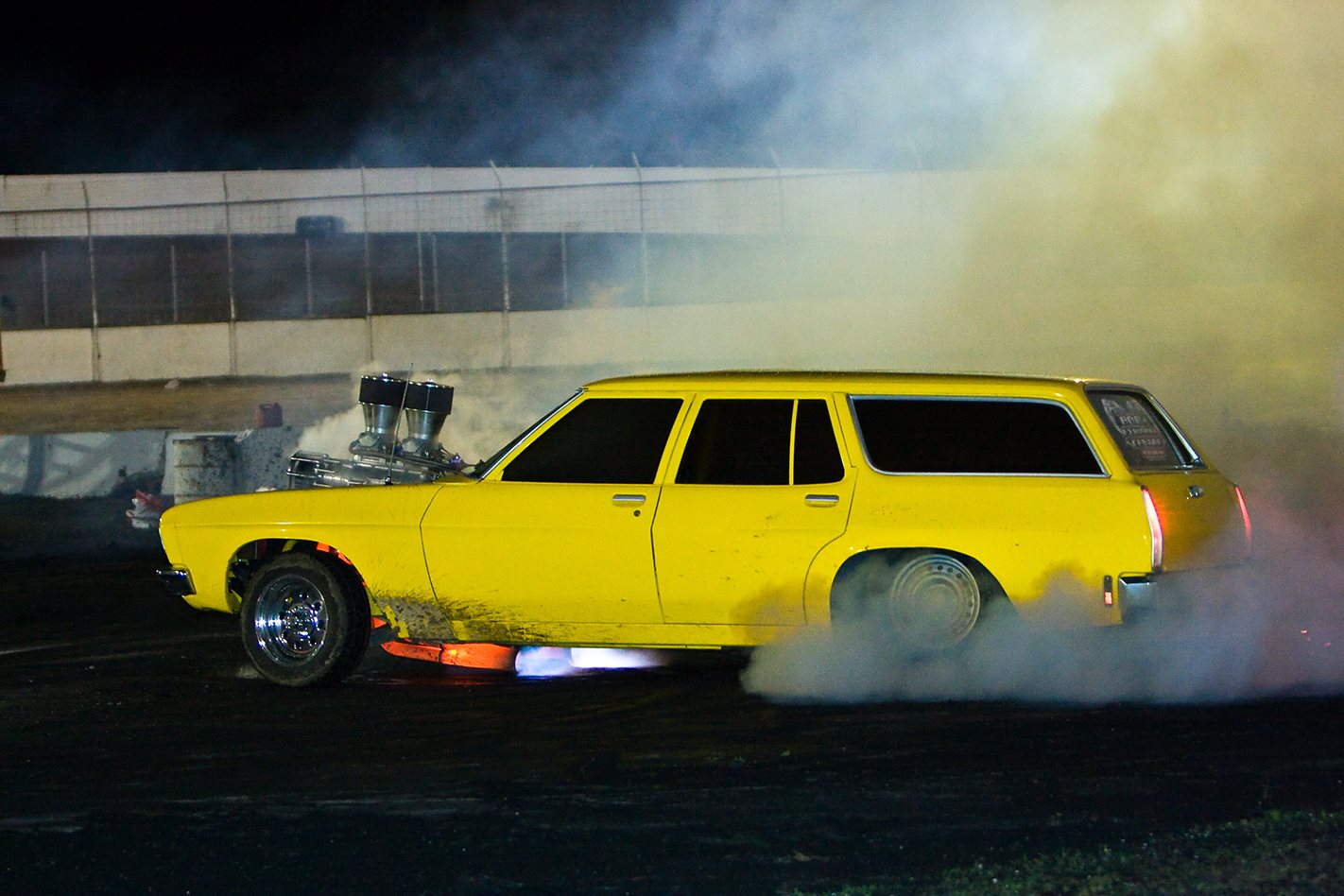 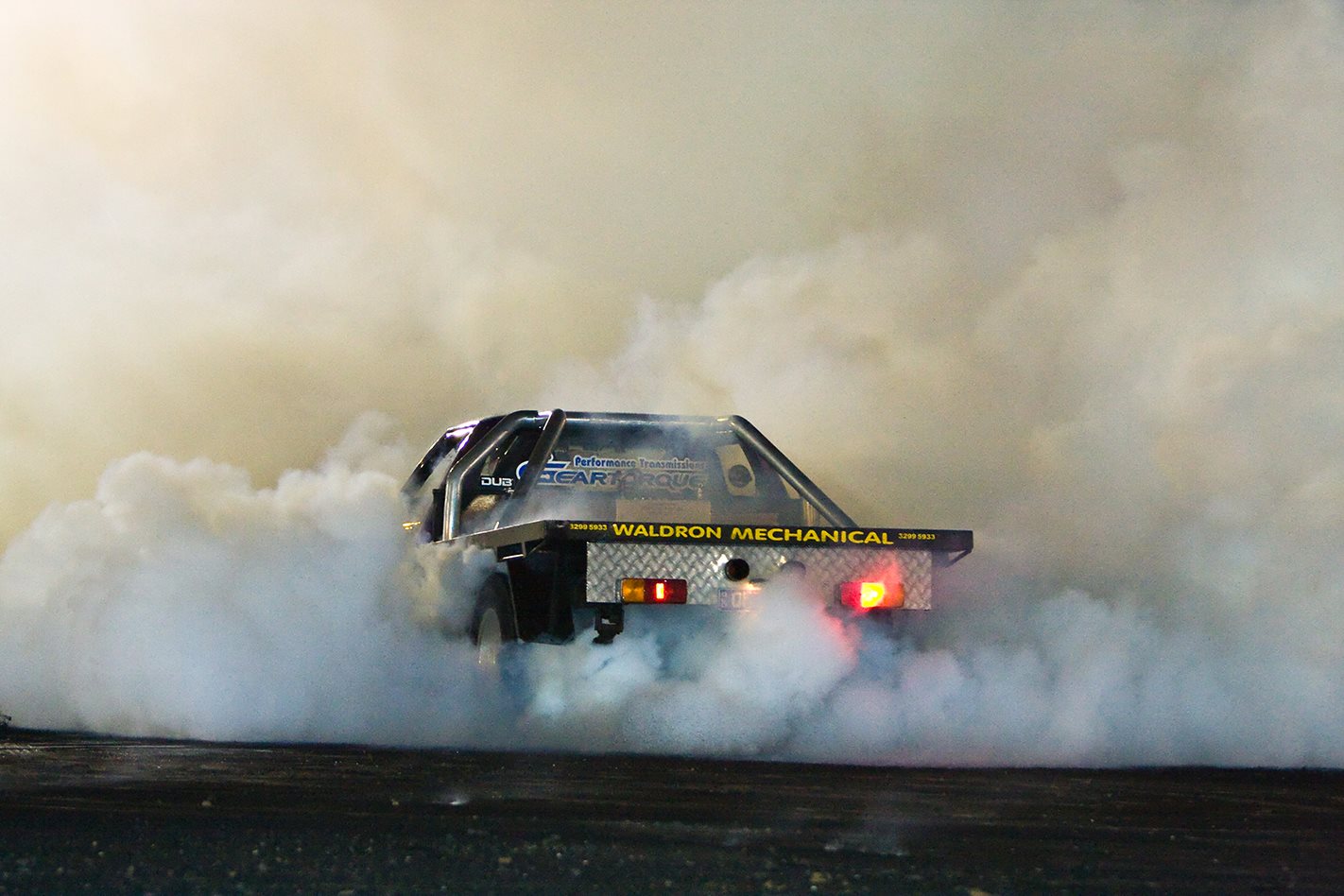 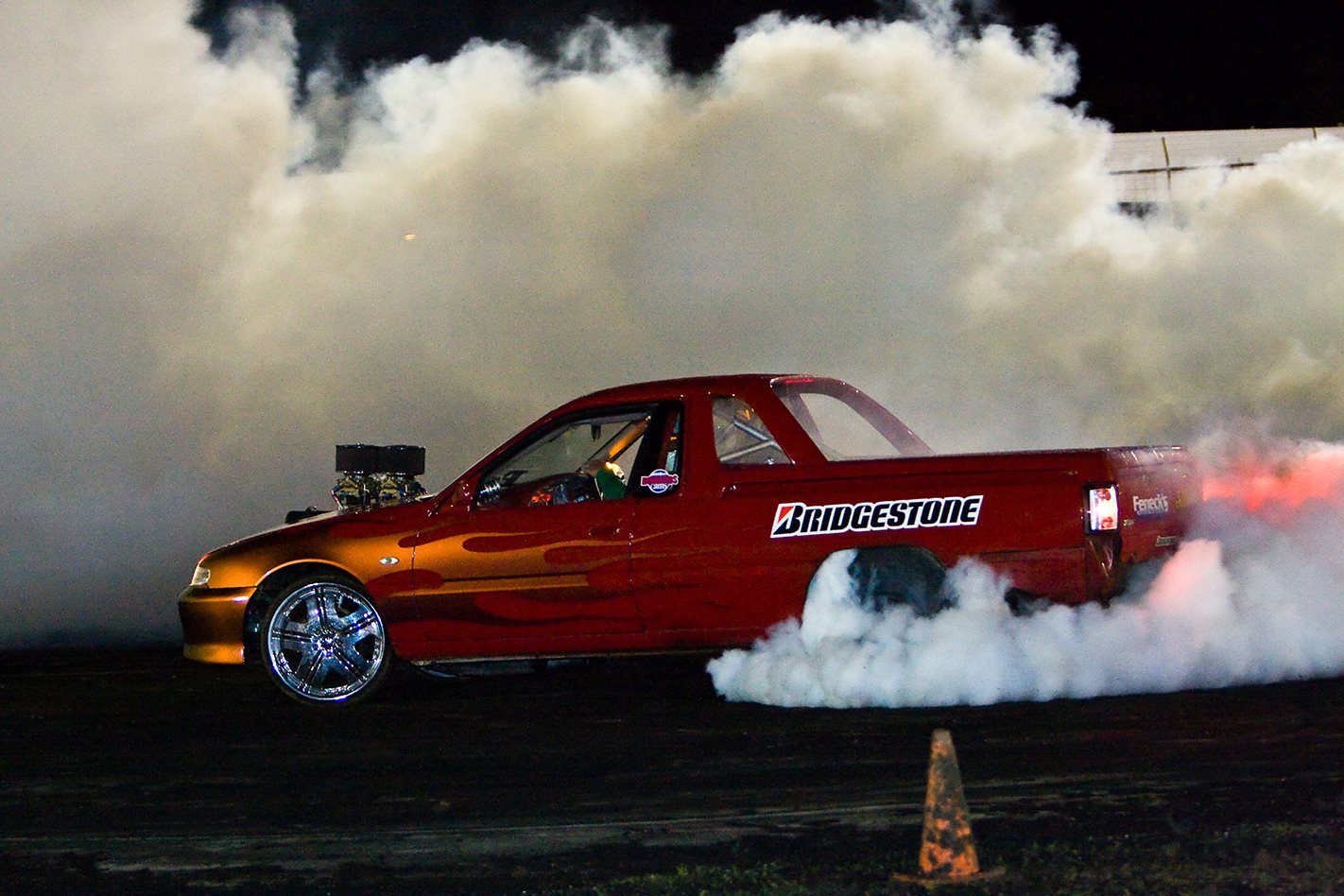 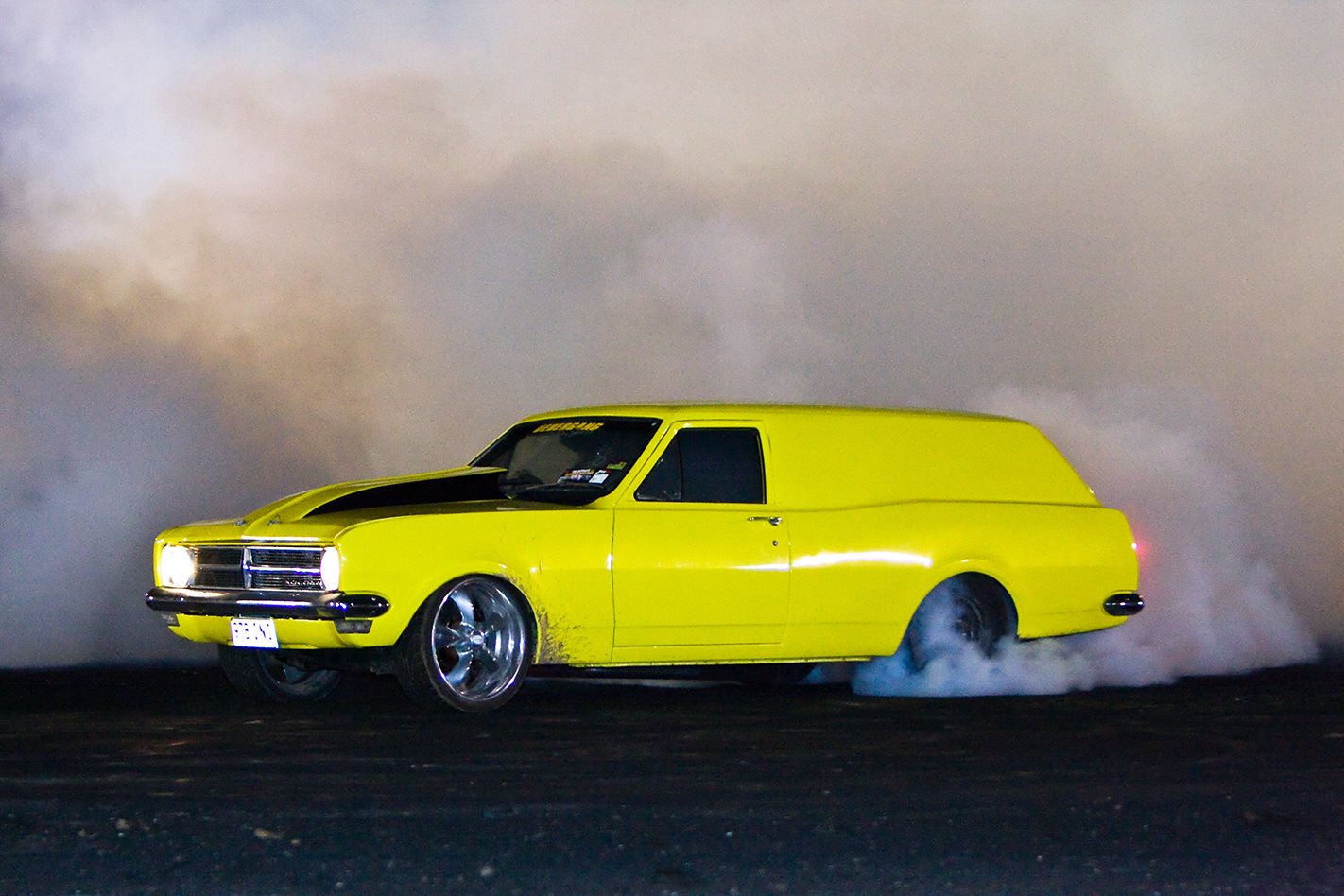 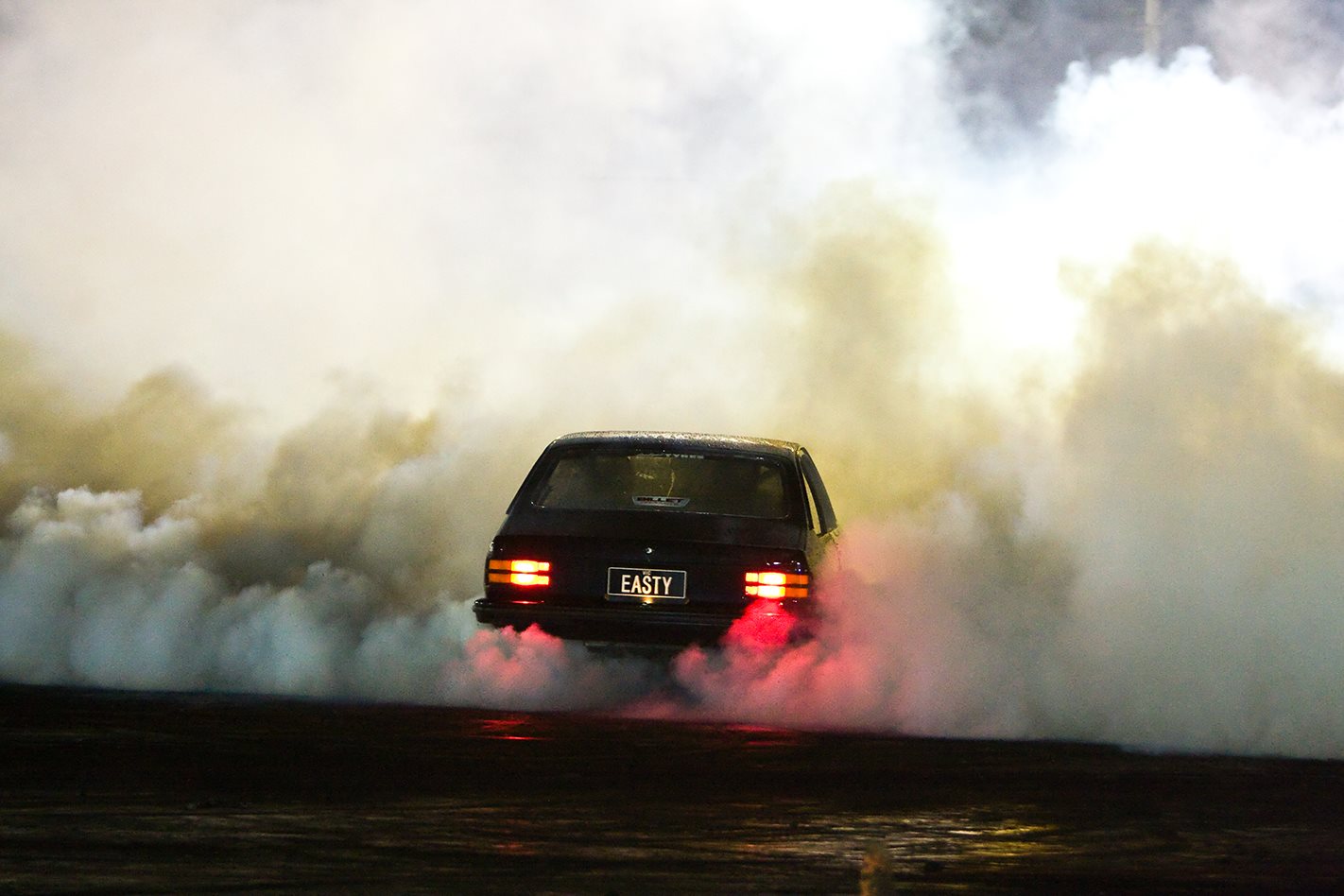 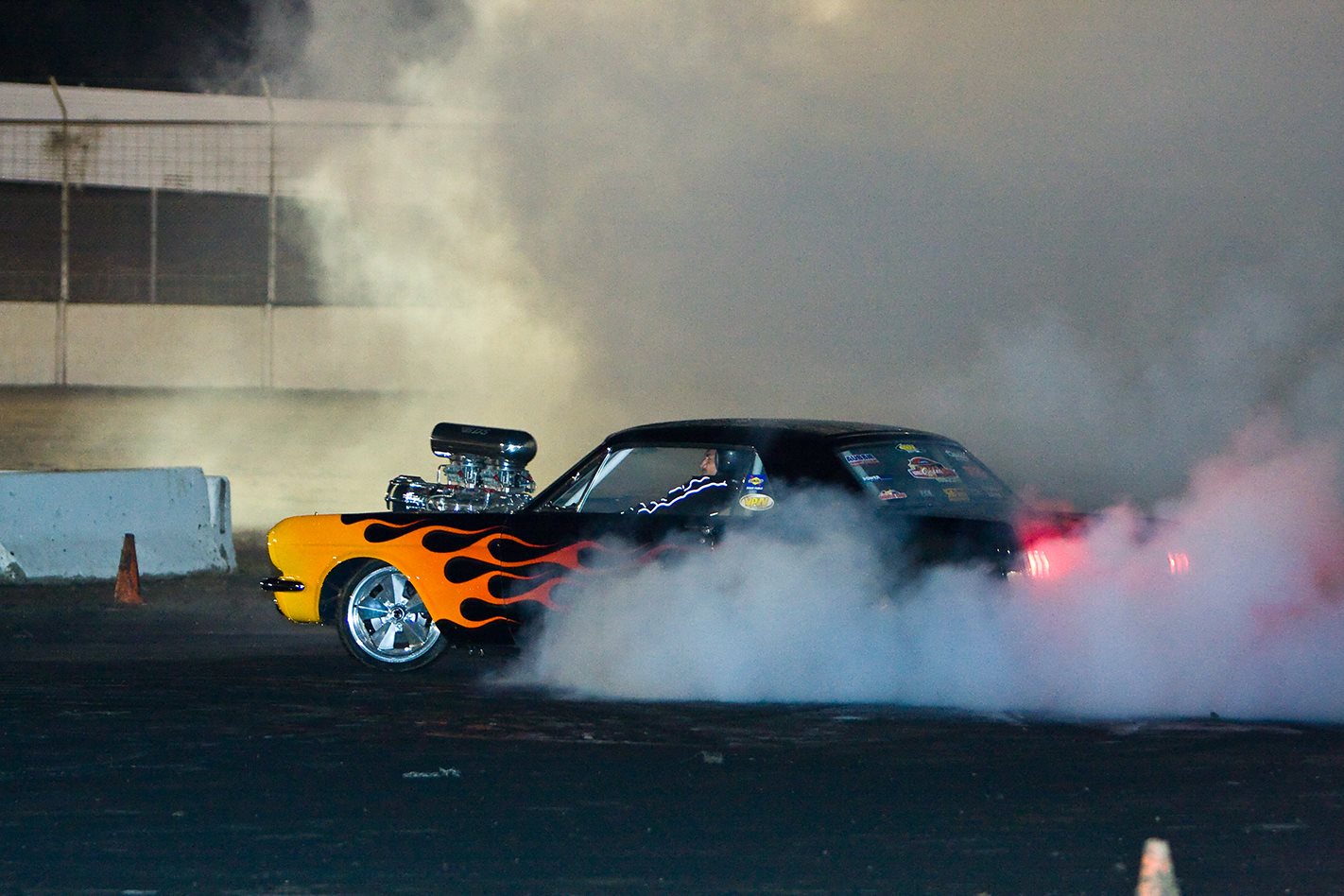 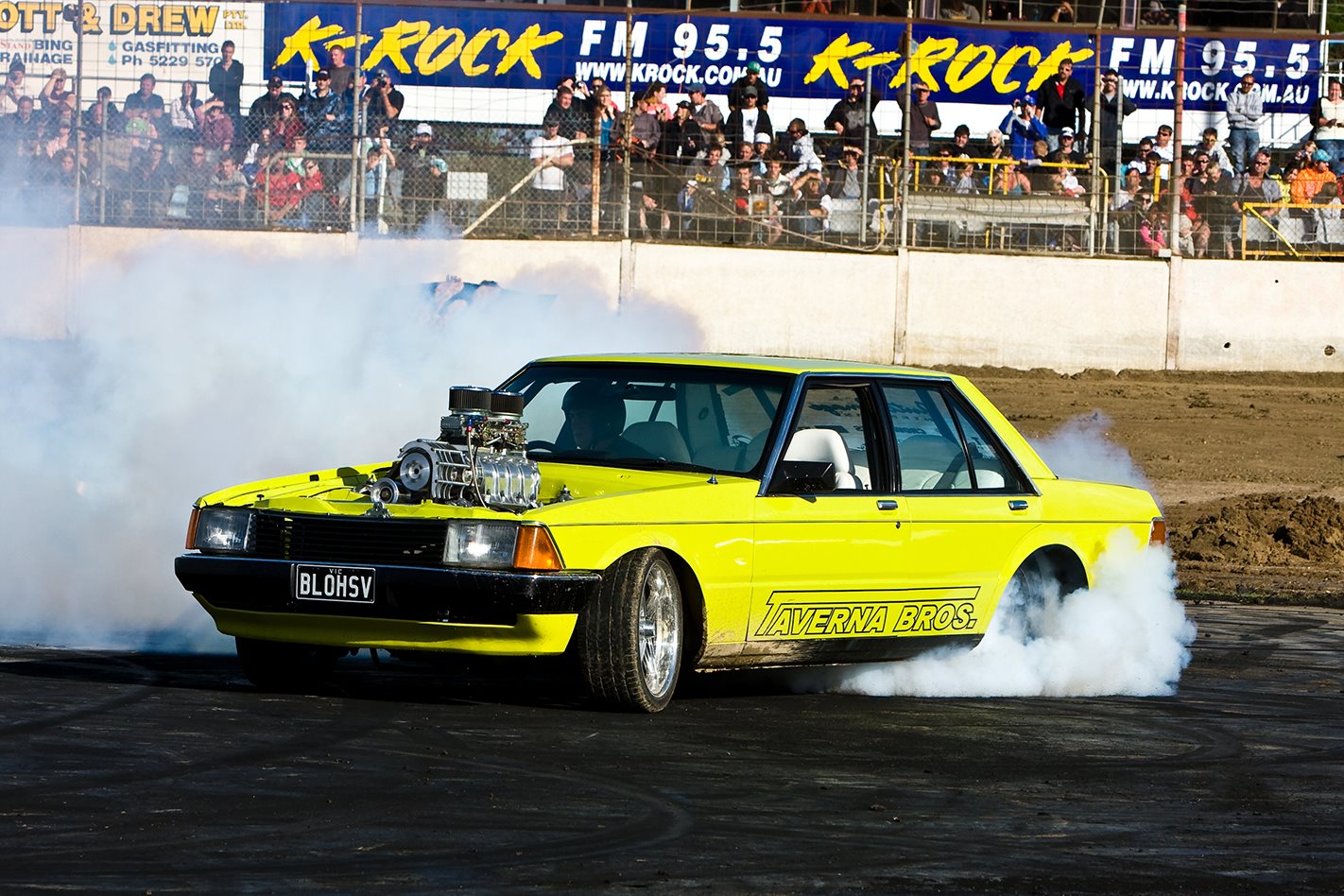 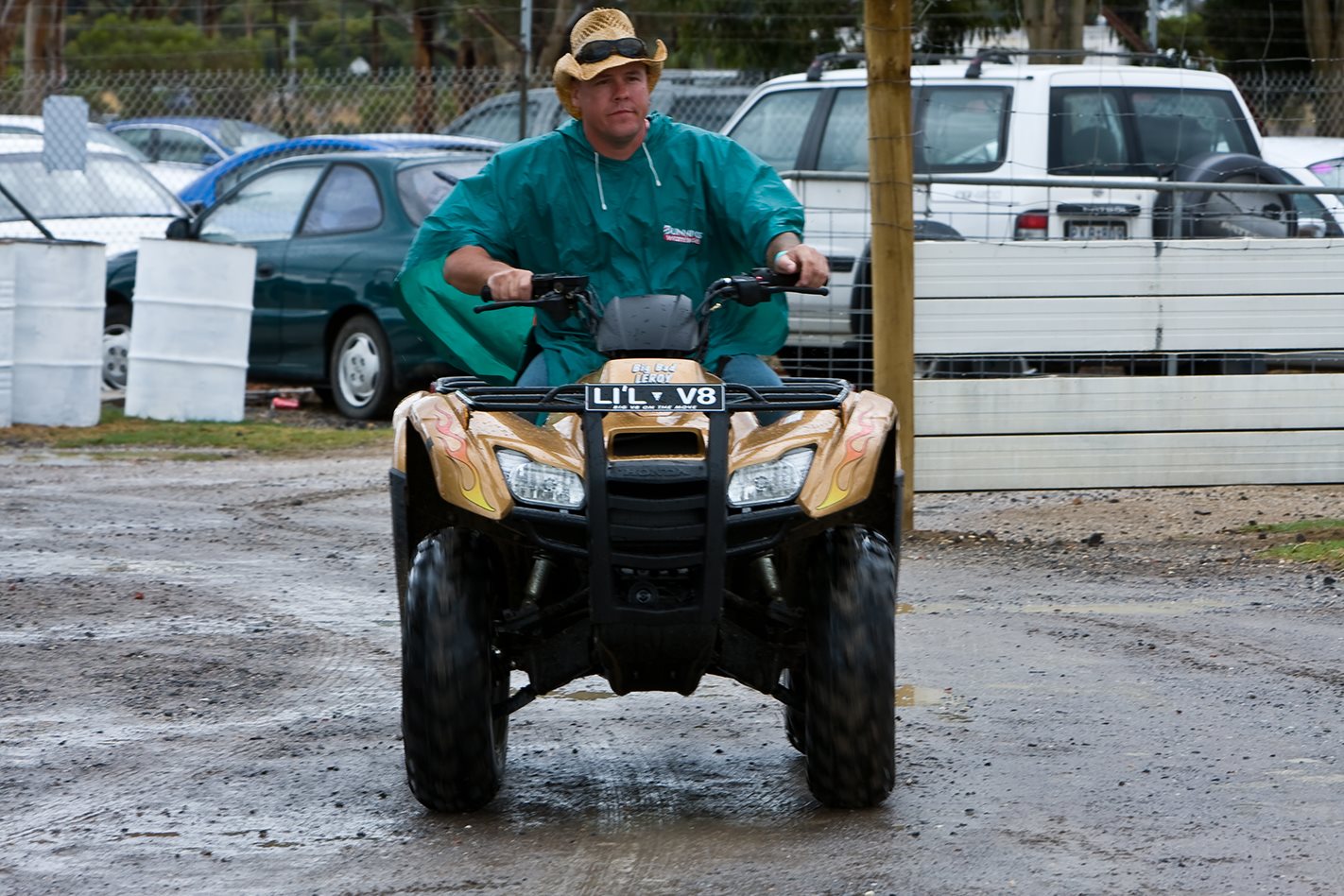 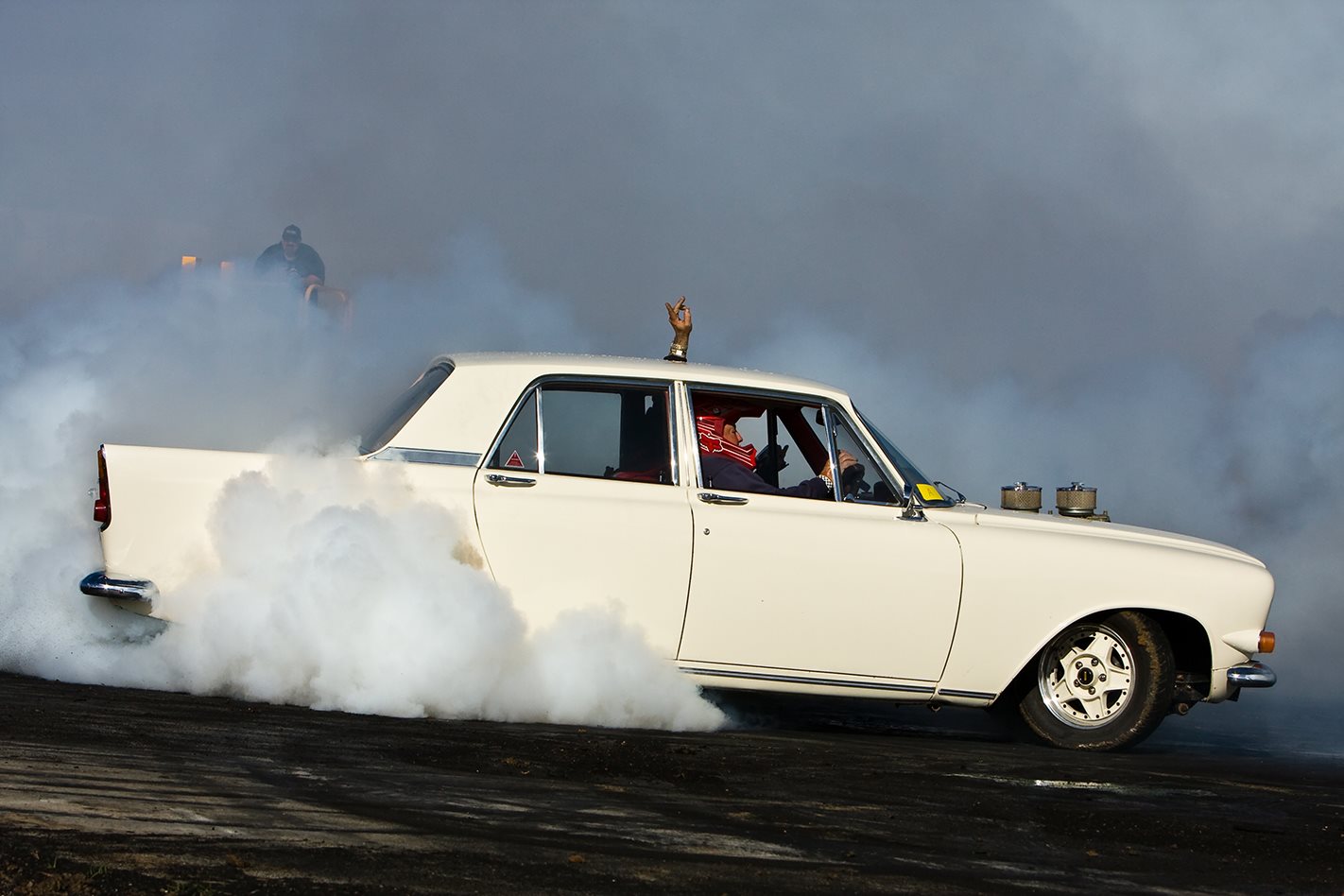 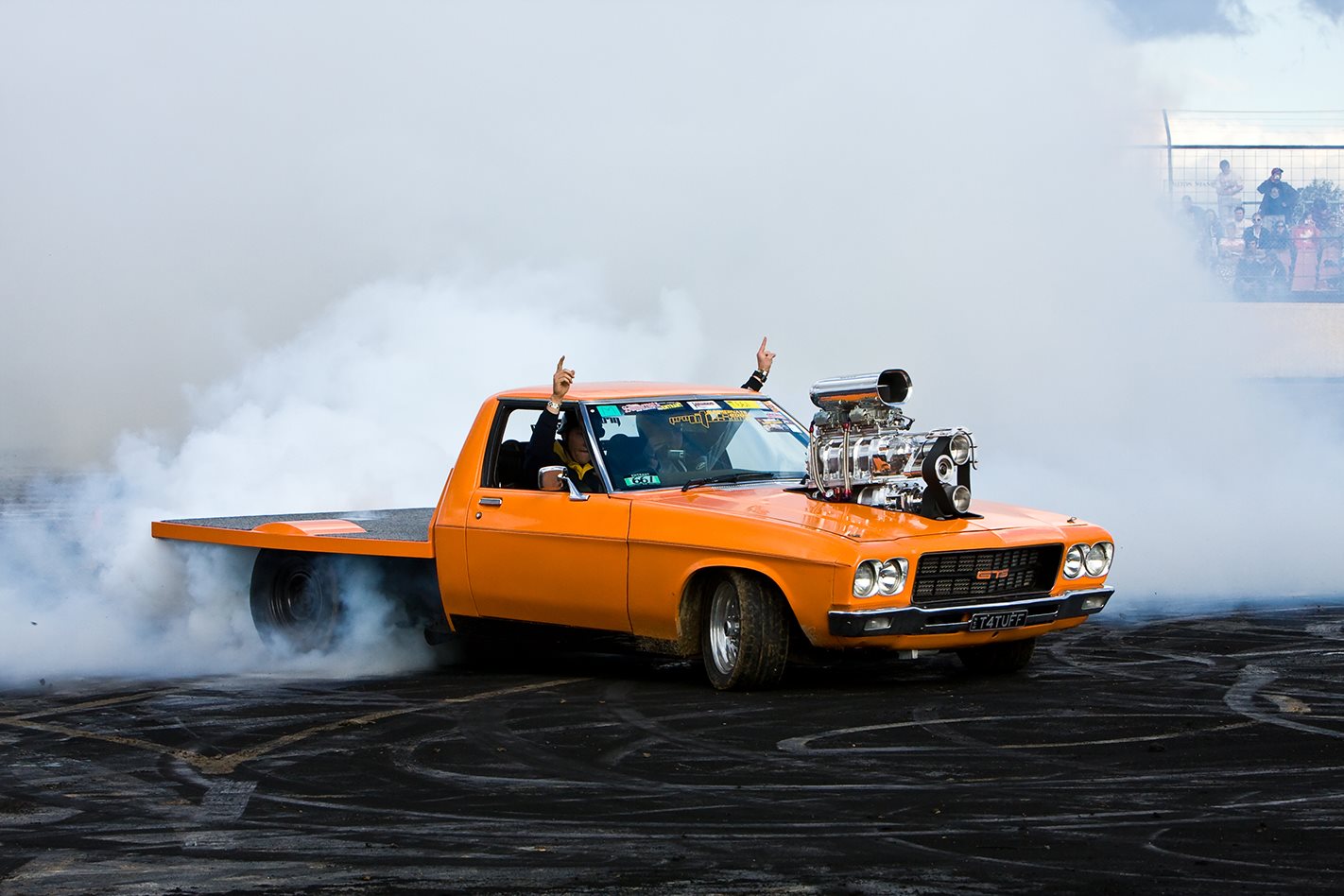 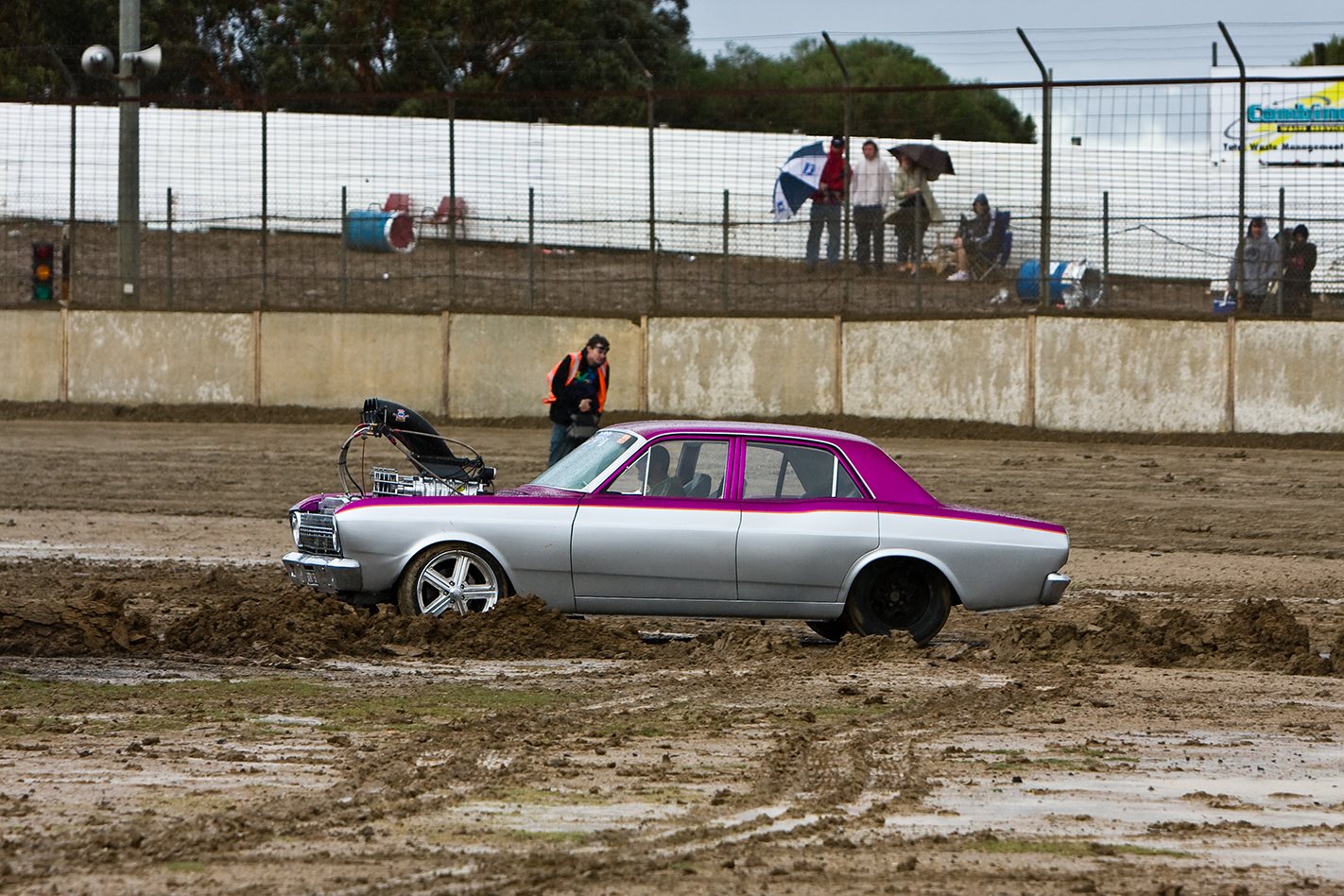 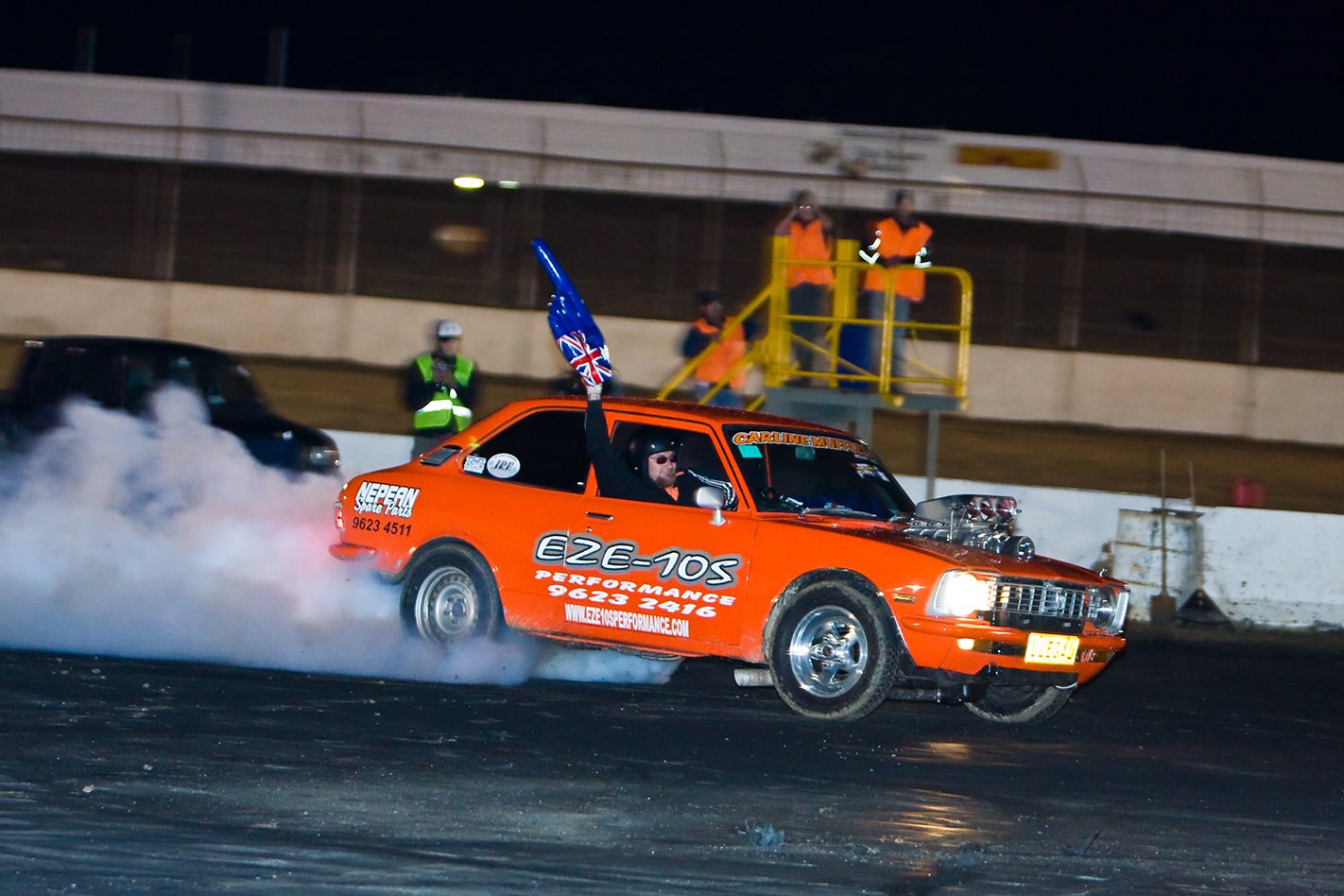 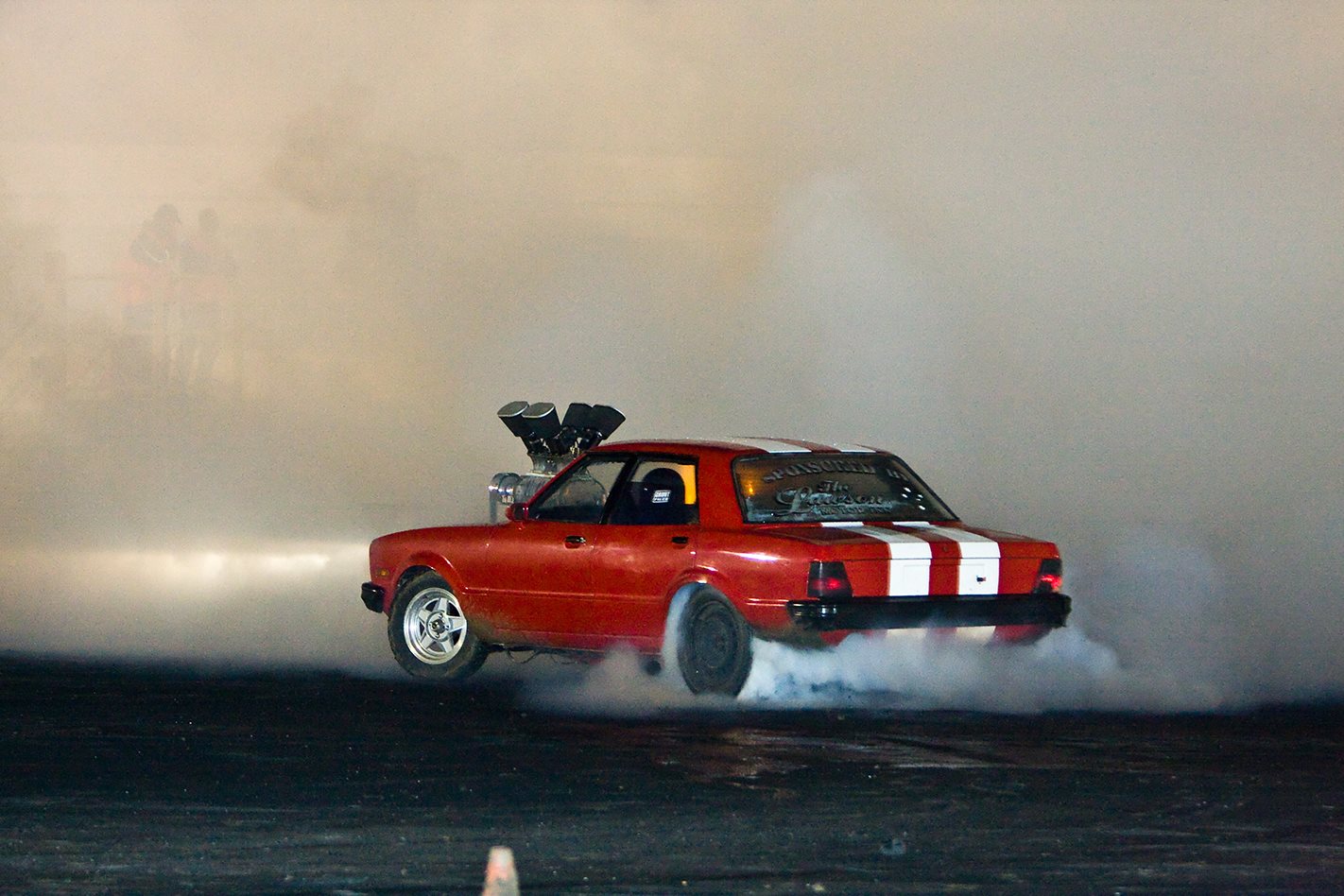 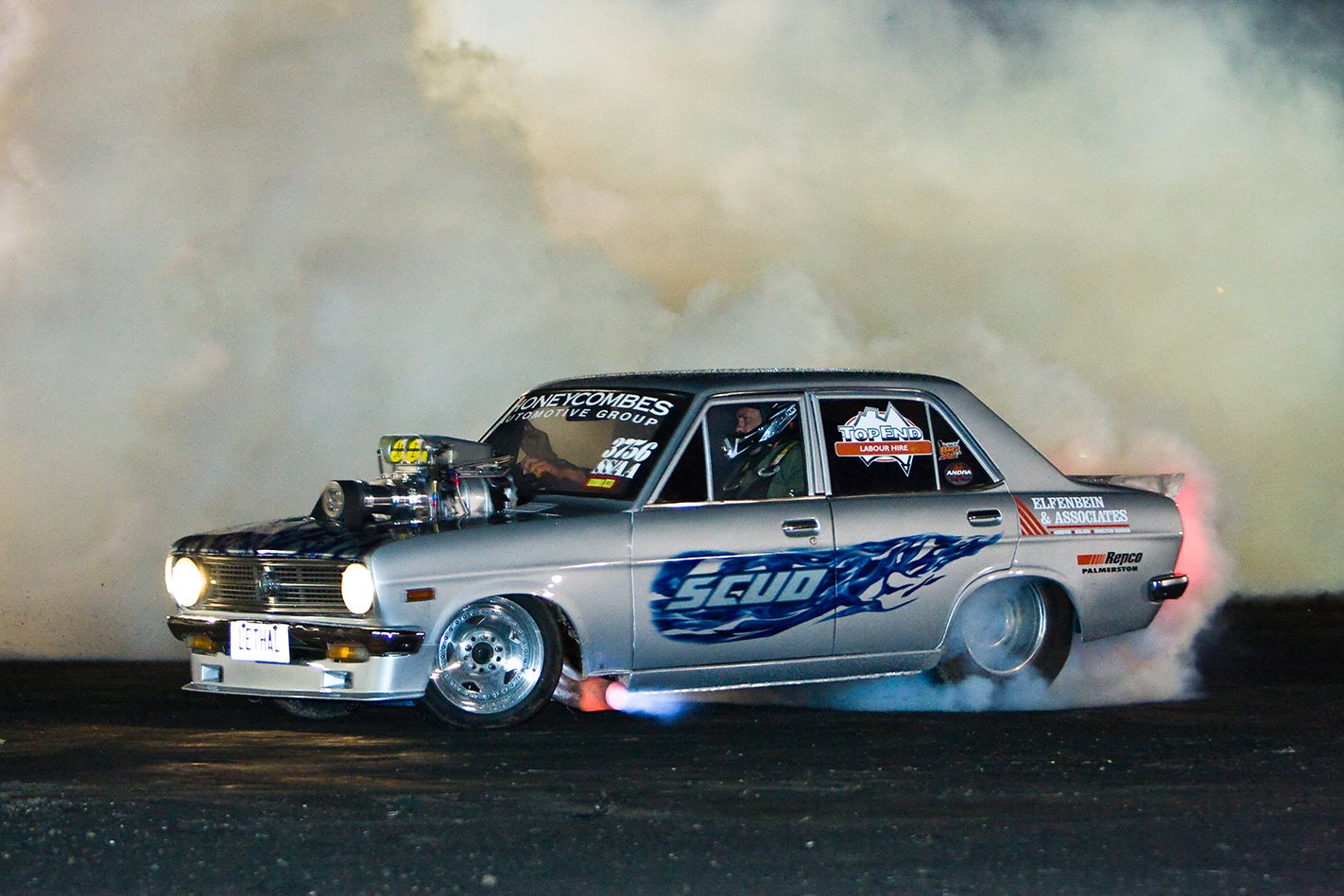 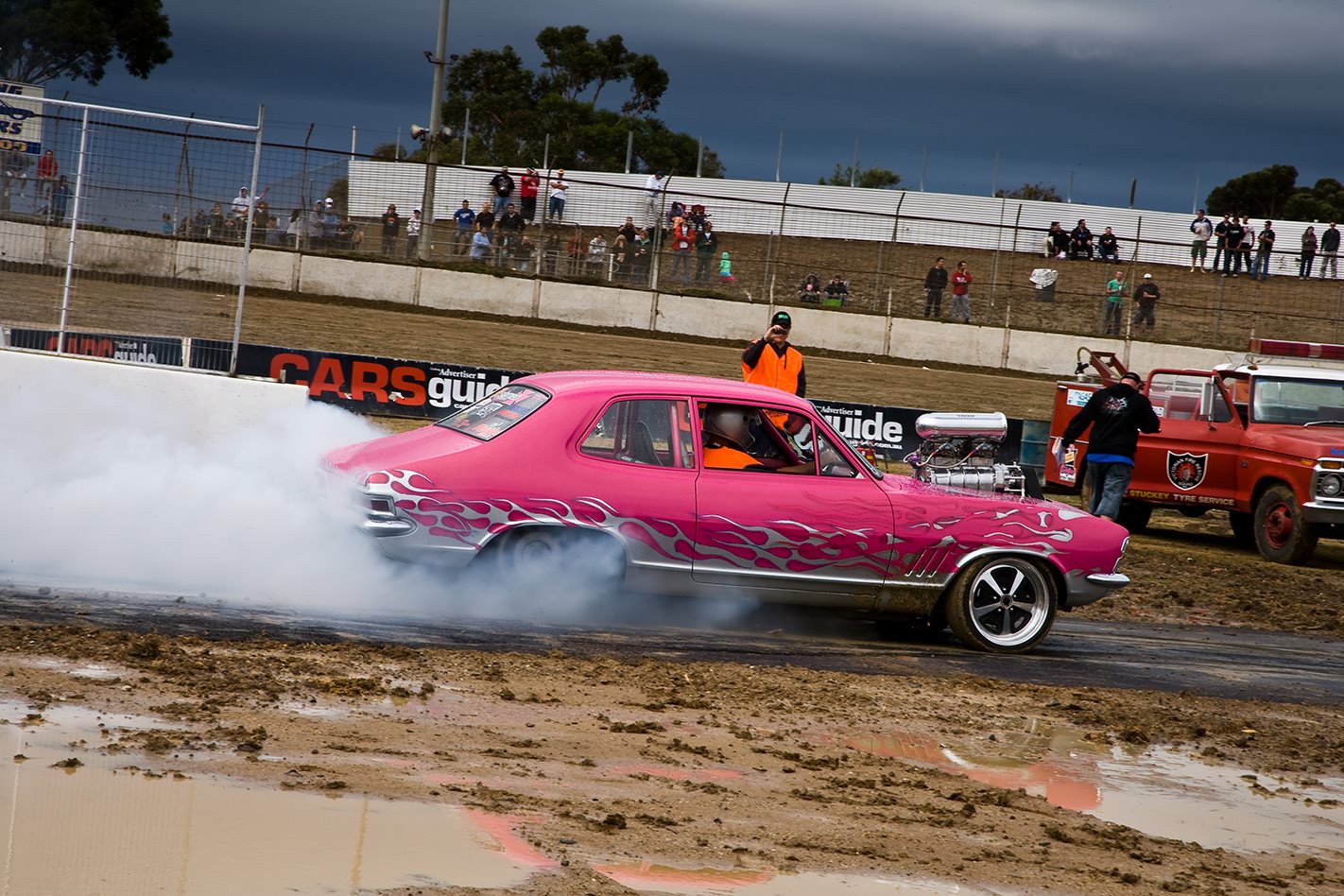 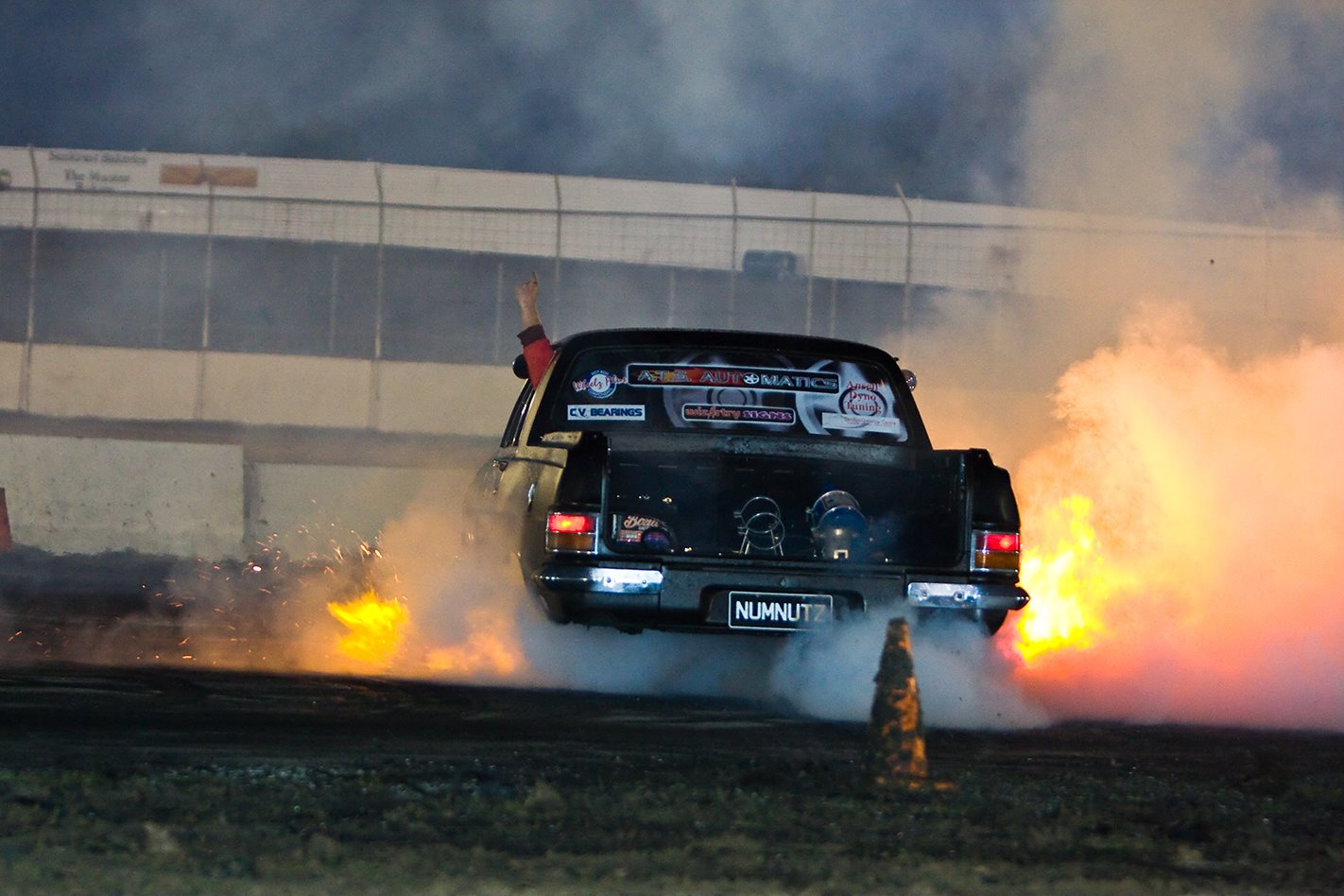 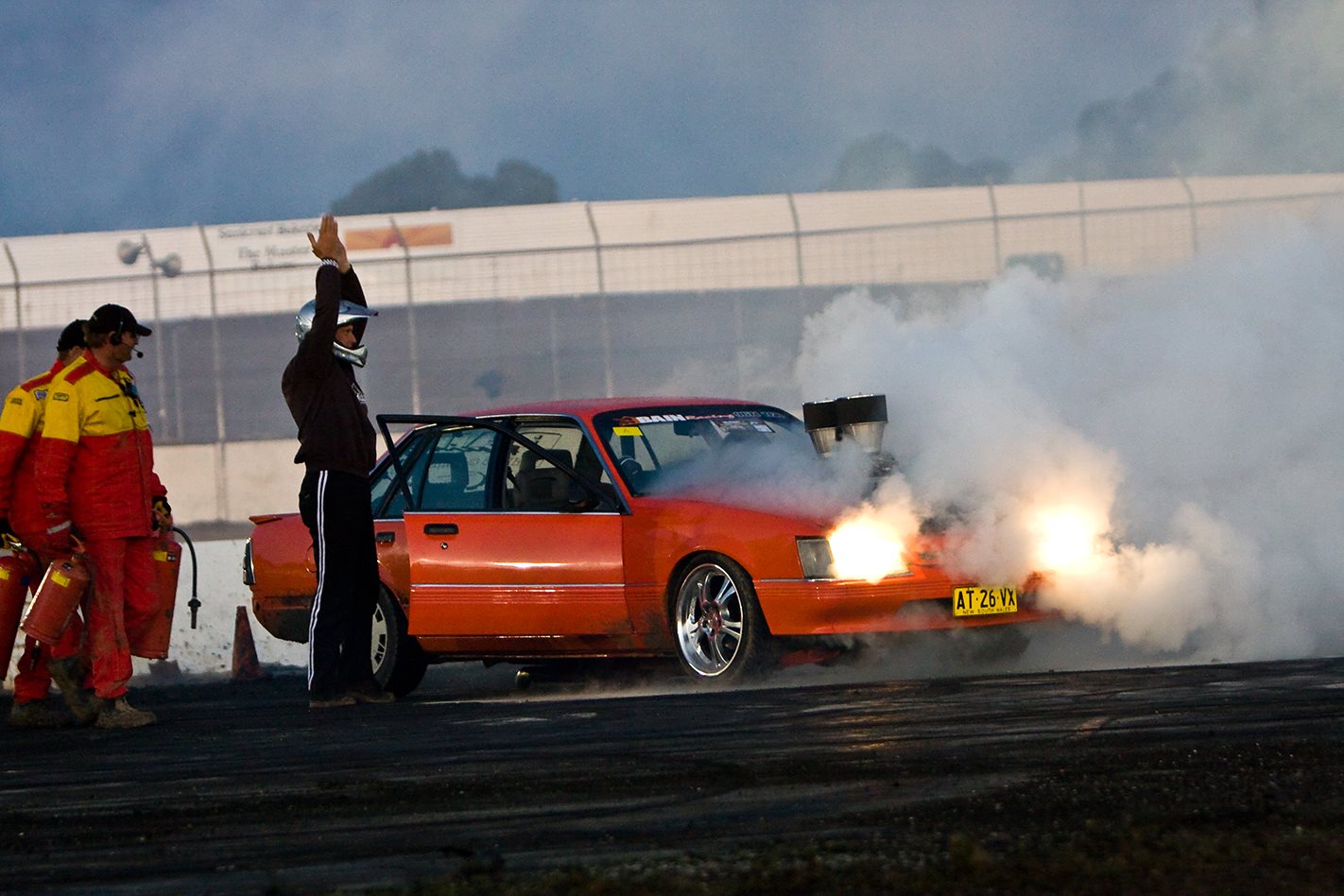 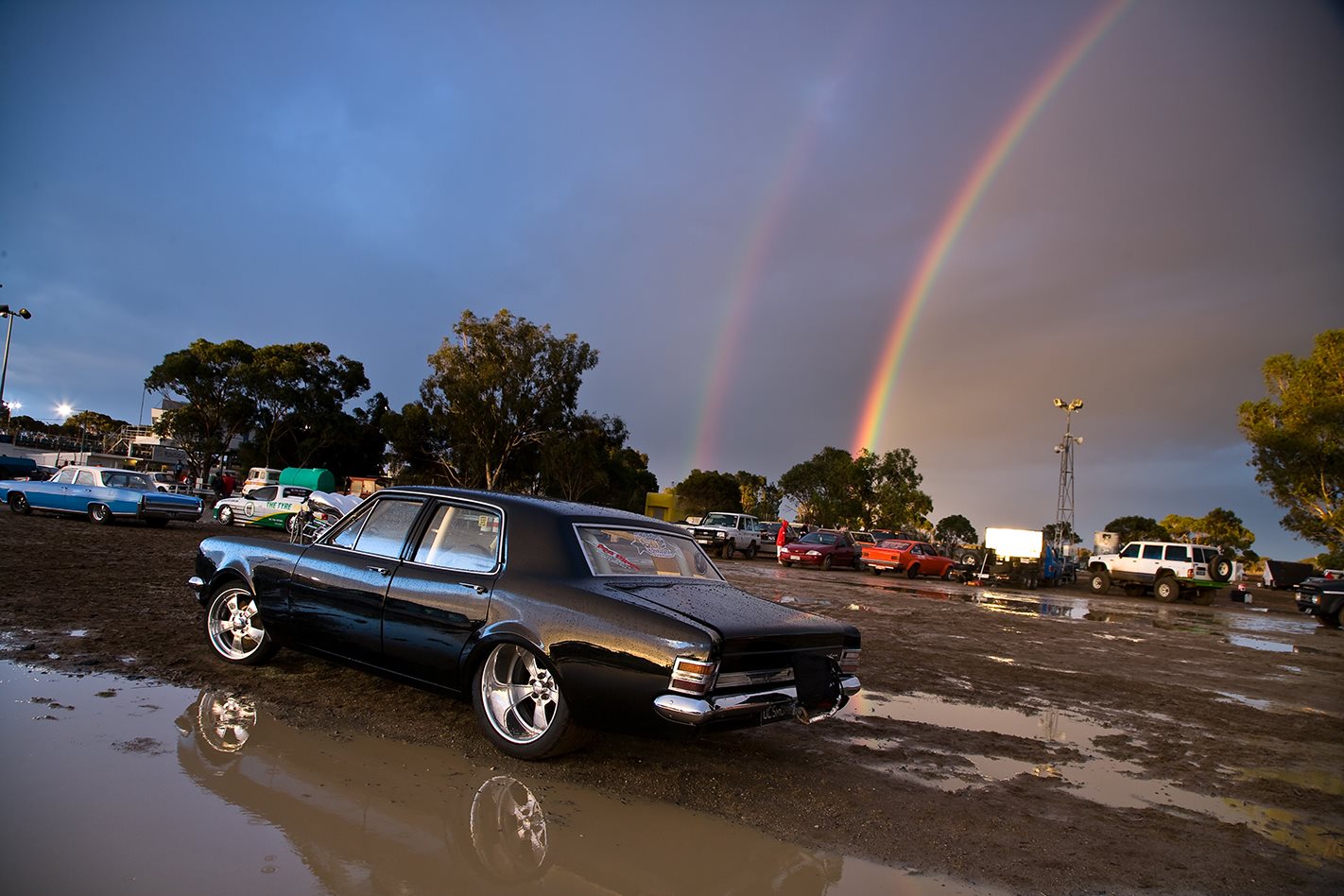