MOST owners of such fine pieces of machinery as Bert Pynappels’s CL Charger search far and wide for the starting point of their dream project. Bert, however, only had to walk outside, lift the roller-door and peer into the shed, because that’s been this Charger’s home since he bought it brand spanking new when he was a fresh-faced 21-year-old Chrysler nut.

“I started thinking about doing it up back in 2000 but I didn’t know what I wanted to do with it. I went to a lot of shows and all the Chargers I saw were too similar for my liking. I was looking to make mine stand out from the crowd.”

When Chrysler released the gangster-esque 300C, the technology behind its displacement-on-demand engine took Bert’s fancy, especially with fuel prices heading for the stratosphere. It took six months to actually find a 300C engine and ’box but seeing one on a pallet was a revelation. “I thought there was no way it’d fit because it looked like it belonged in an aeroplane!” he laughs. 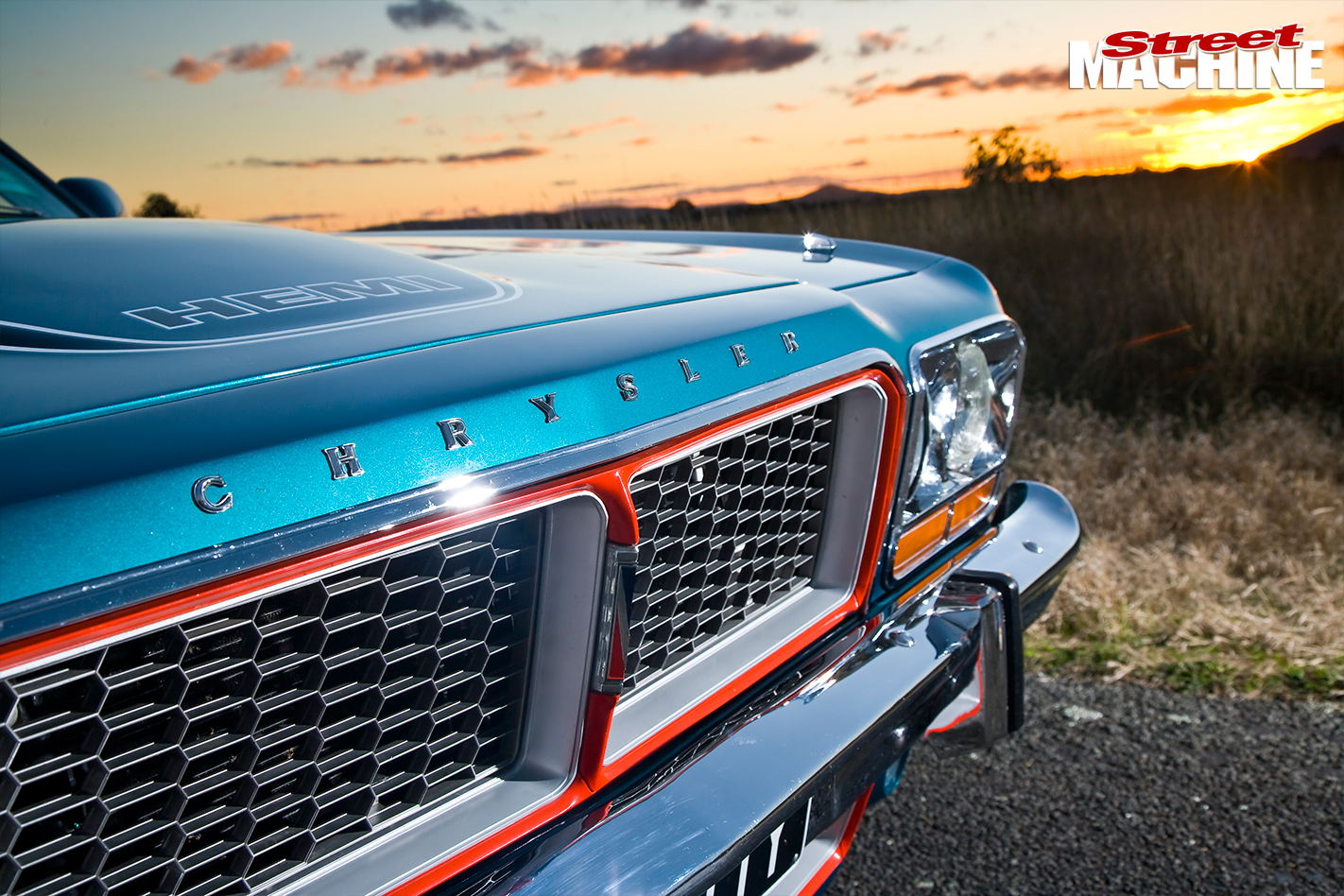 Undeterred, when he got wind of a wrecked 300C in an auction he went and bought the whole box and dice — for about the same money as a brand new powerplant. It was a wise investment.

“My brother Trevor is an auto electrician and he warned me that it’d be hard to do and cost a lot of money but I saw it as a challenge and, after all, it’s only money. When I decided to transplant the interior too, people screwed up their noses and said it would be too hard but being the pig-headed bloke I am, I thought: ‘I’ll show you all’ and got to work.” 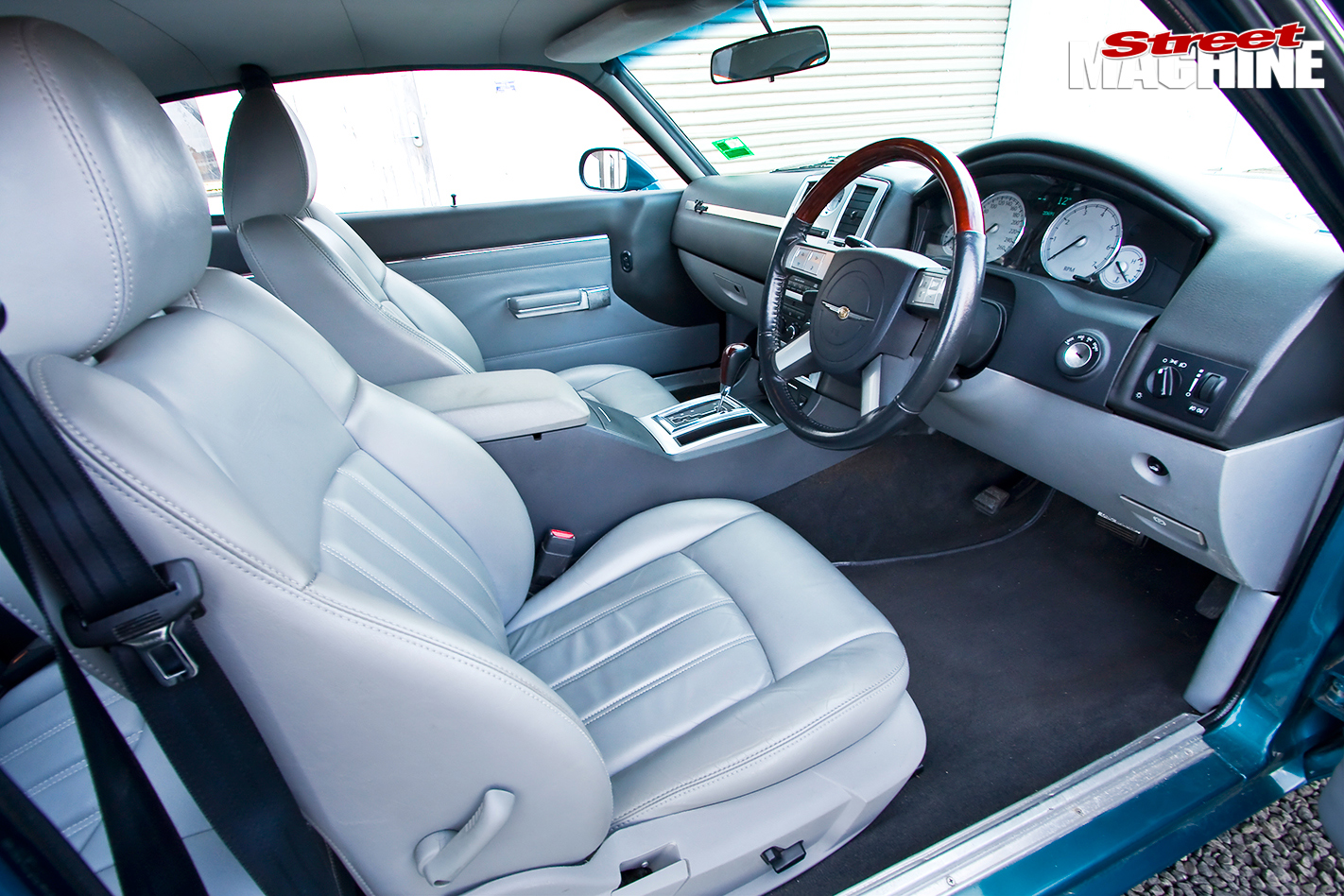 Eventually Bert conceded that the project was ambitious and sought assistance from Andrew Hodges at Ballarat Custom Fabrication, where most of the build was carried out.

Pop the bonnet and it’s clear that the wrecked 300C donated its 5.7-litre Hemi MDS donk, which is cool enough, but look deeper and you’ll find that this thing is basically a 300C wrapped in a Charger shell. 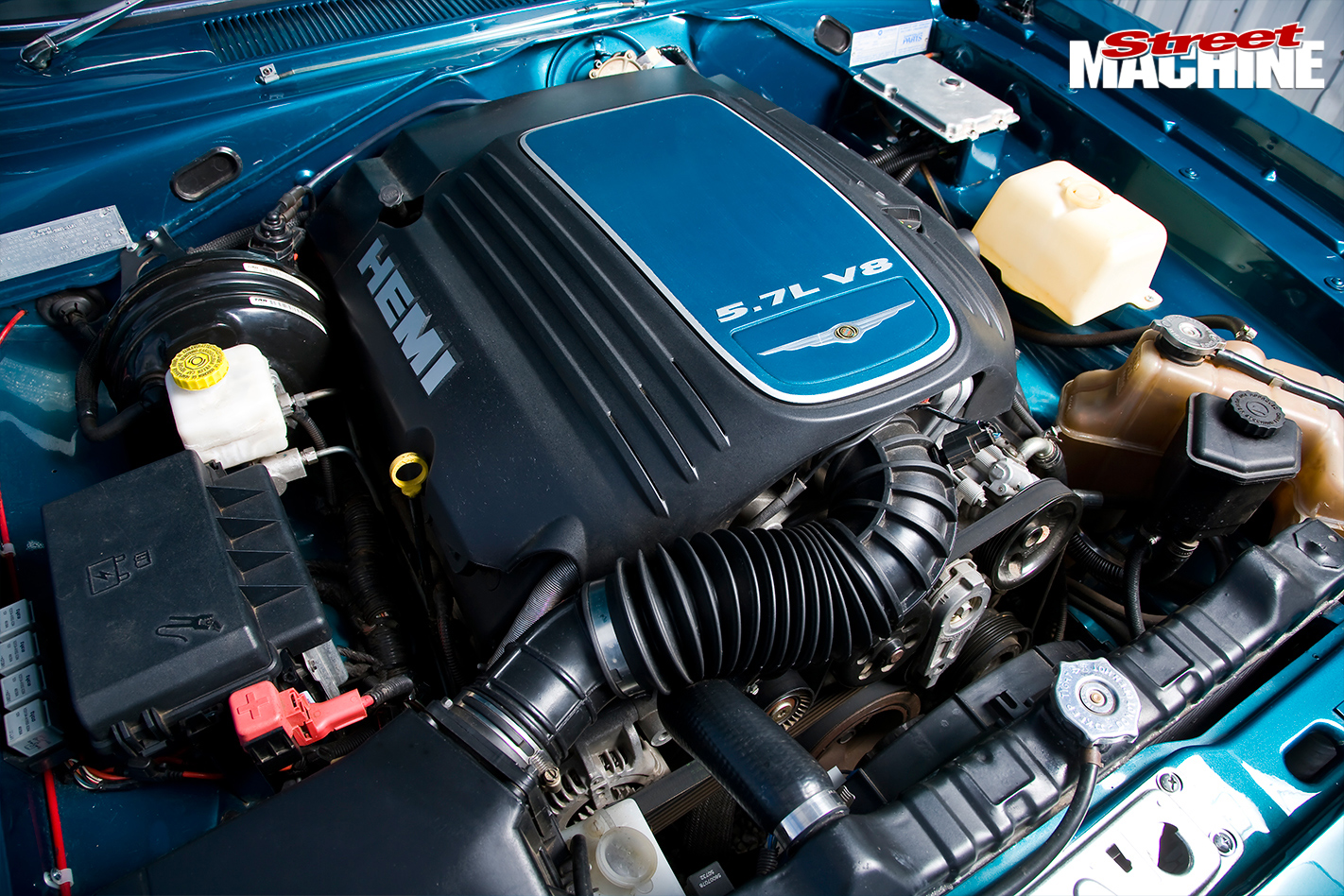 There's no hidden wiring and no relocated engine ancillaries here, it looks just like a modern car's engine bay

From the airbox and intake snorkel (which obscures the ABS unit) to the brake booster and master cylinder, the relay, fuse box, radiator overflow, power steering pump and the air conditioning, everything was lifted from the Yank tank.

MDS stands for Multi-point Displacement System, Chrysler-speak for the electronic trickery that allows the engine to run on four cylinders when the full thrust of 5.7 litres isn’t needed. When it is firing on all eight pots, the Hemi’s no slouch. Stock standard save for a custom exhaust, this example has punched out more than 200kW (270hp) at the bags. 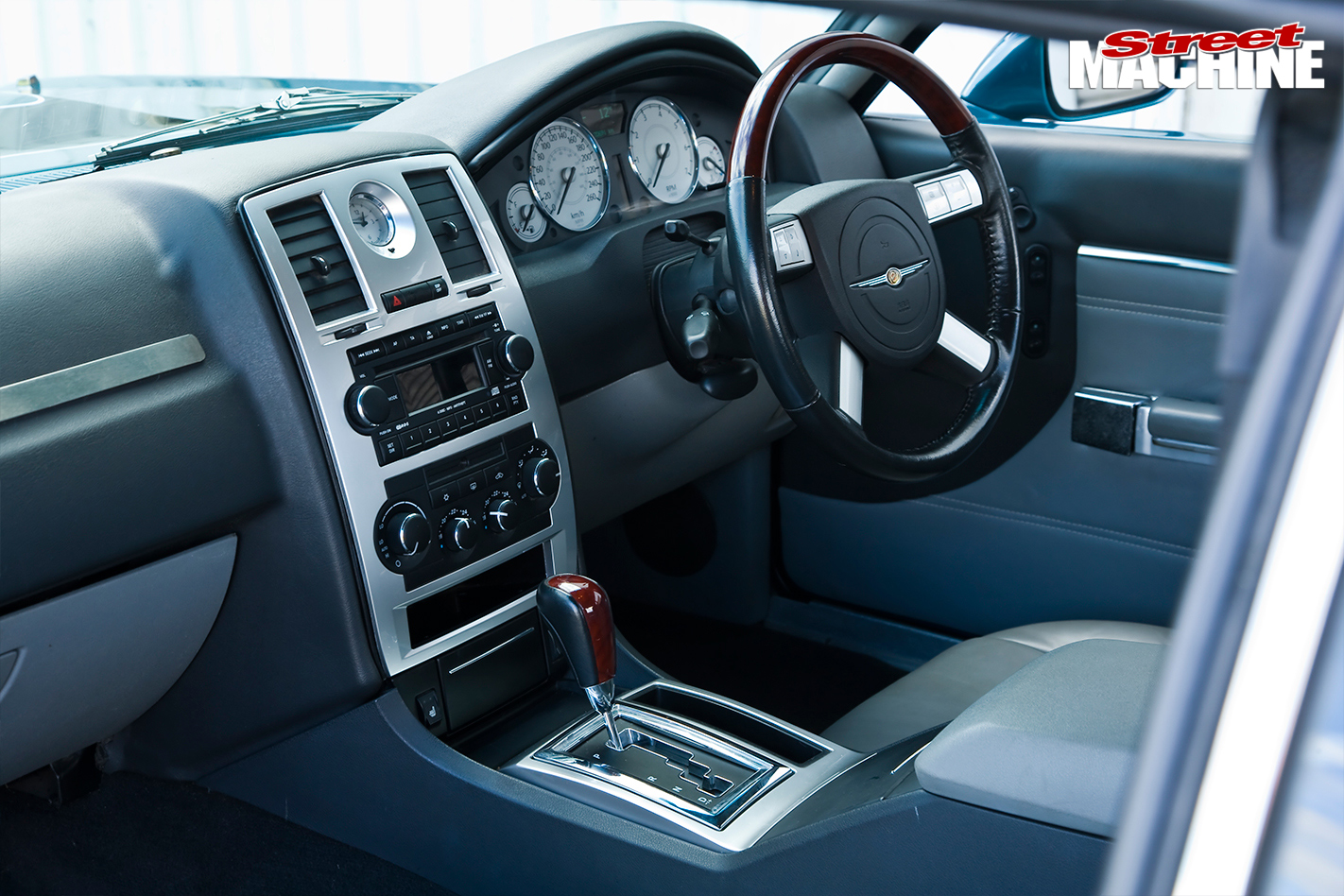 The transmission tunnel had to be enlarged to fit the 300C’s five-speed auto but that was good news as it gels better with the 300C centre console.

It’s not all Mopar, however; underneath there’s the obligatory Ford nine-inch out back, sporting cruisy 2.75 gears, while the front suspension and steering are from a Jag XJS. 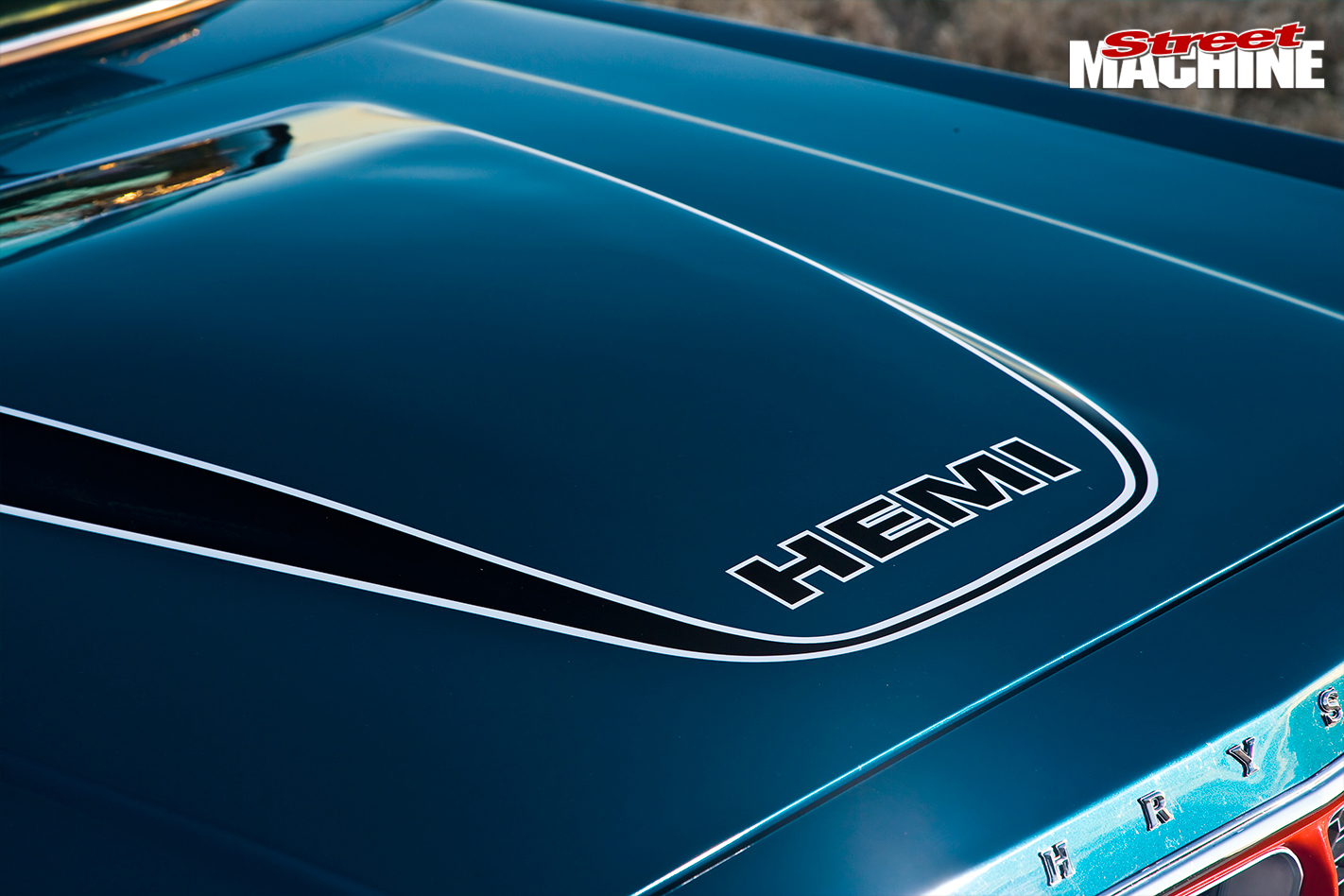 “The engine bay looks crowded but that’s how modern cars are,” Bert says. “It took a lot of persuading to convince the builders that the car had to look like it came off the factory floor — no hidden wiring or hoses. The bonnet bulge and paint scheme couldn’t be too wild, as a manufacturer would be conservative and have a modern look to suit the buying public. It cost a bit more and maybe it was harder this way but it’s what I wanted all along.” 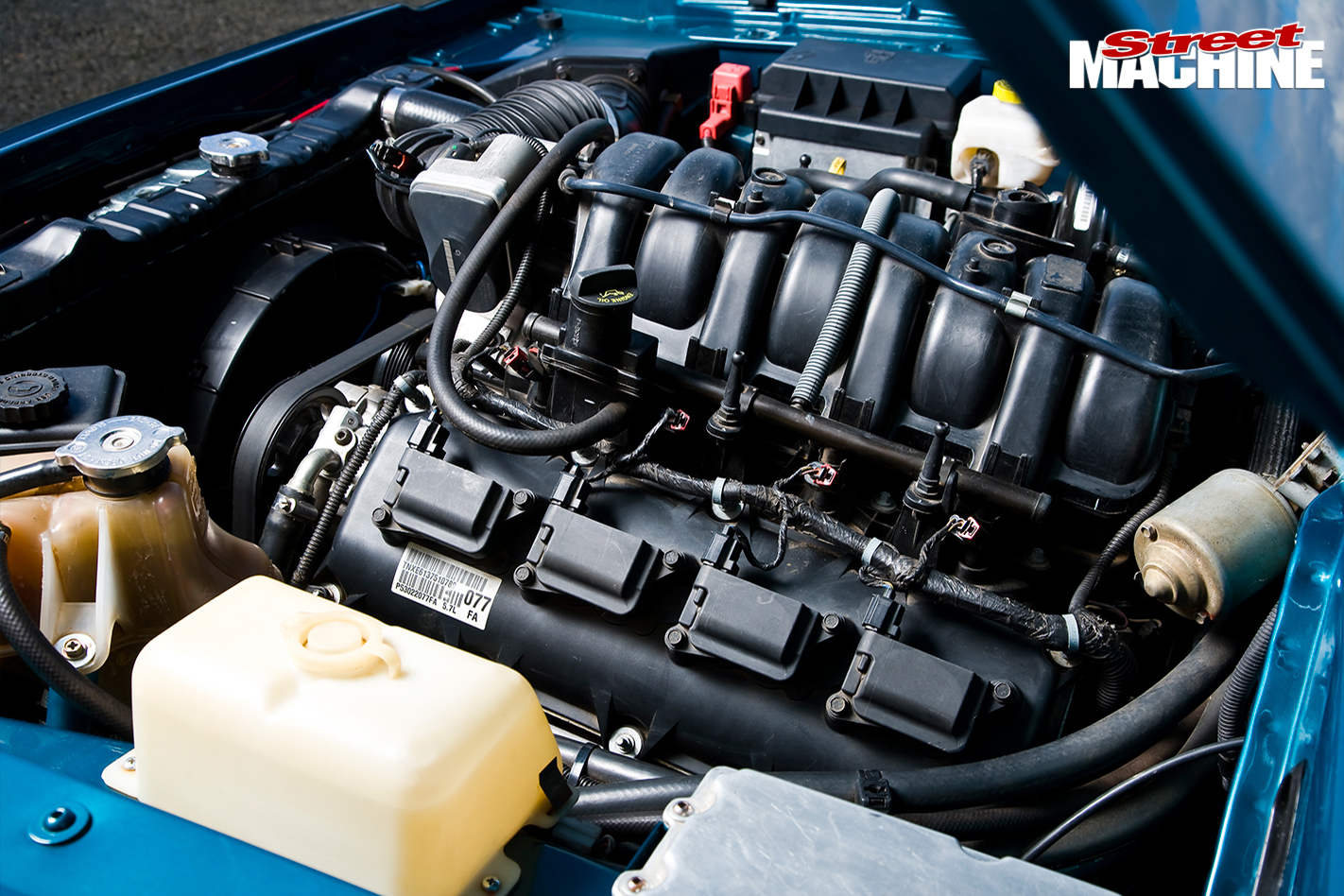 After a brief technical hitch, the 5.7-litre Hemi roared into life — but the joy was short-lived.

“Andrew and his staff hit a brick wall. The car would drive in first but wouldn’t change up or rev to more than 3600rpm and no-one knew why. I scoured the internet for answers, spoke to Chrysler Australia and tried to modify the speed sensors, all to no avail. I got shitty with the whole thing, took the car home for a big sulk and didn’t even look at it for three months. It took heaps of research and mucking about on my part, but Andrew and my engineer, Shane Romeo, ended up correcting the issue, and boy was I happy! It delayed the build some 15 months.” 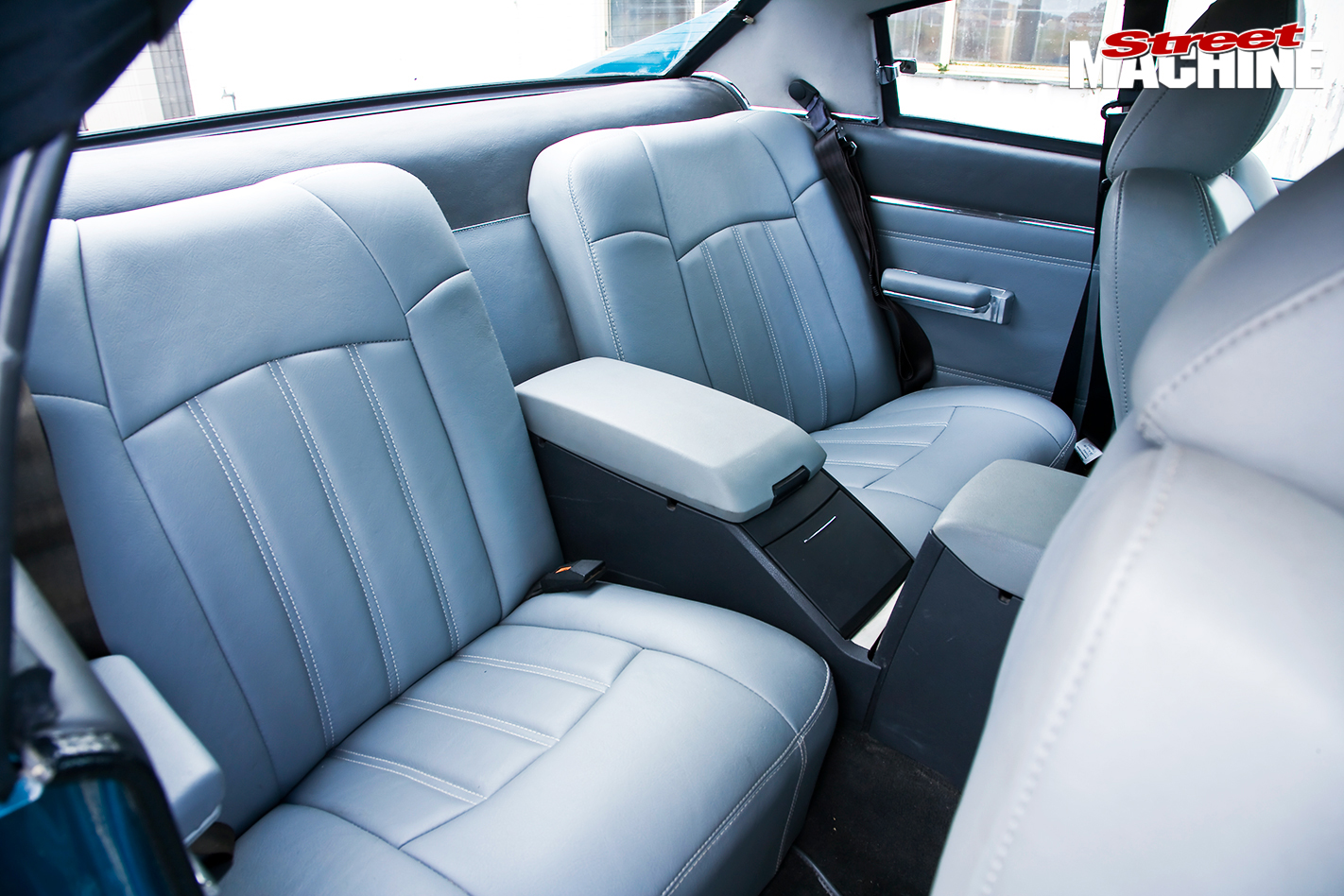 The rear seats were customised and trimmed to match the fronts

Sitting in the driver’s seat is basically like being in a 300C. The heated pew, steering wheel, shifter and console are all 300C, and the 300C dash has been beautifully integrated in the cabin. The rear seats aren’t late-model Chrysler but were customised and trimmed to match the fronts, and flank an extended centre console. Modern niceties include air conditioning, fast glass, power mirrors, keyless entry, reversing sensors, audio and even the 300C satellite navigation, housed in a roof-mounted console. 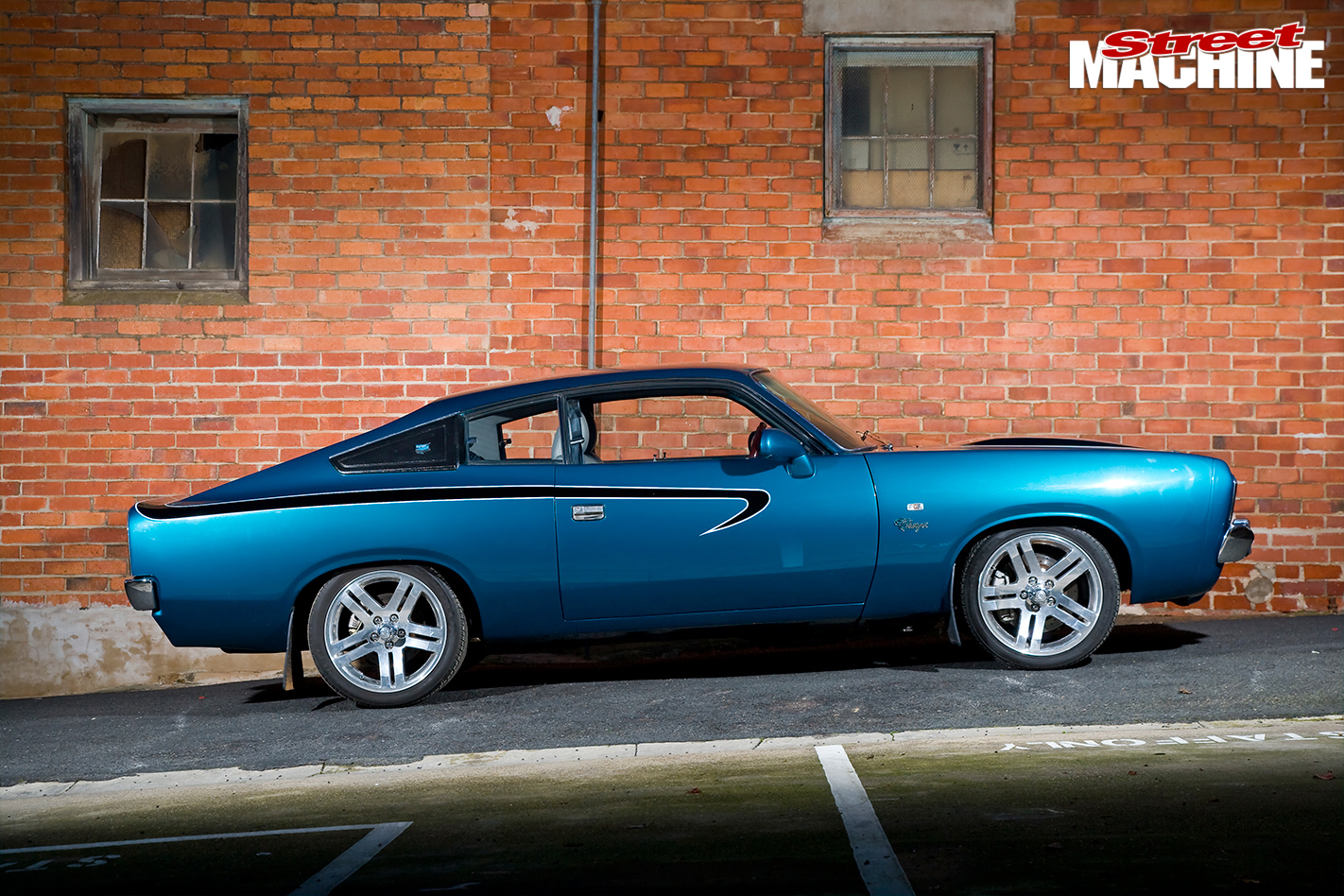 The exterior ain’t exactly standard either but it was modified in a way that’s sensitive to the original shape.

The rear pan has been extended to cover the spring hangers and most of the custom 78-litre drop tank, at the same time incorporating the exhaust outlets. At the pointy end, the front pan and guards were also extended, to house the lower grille section and fog lamps while hiding some engine plumbing. Then the front bar was tweaked to suit. 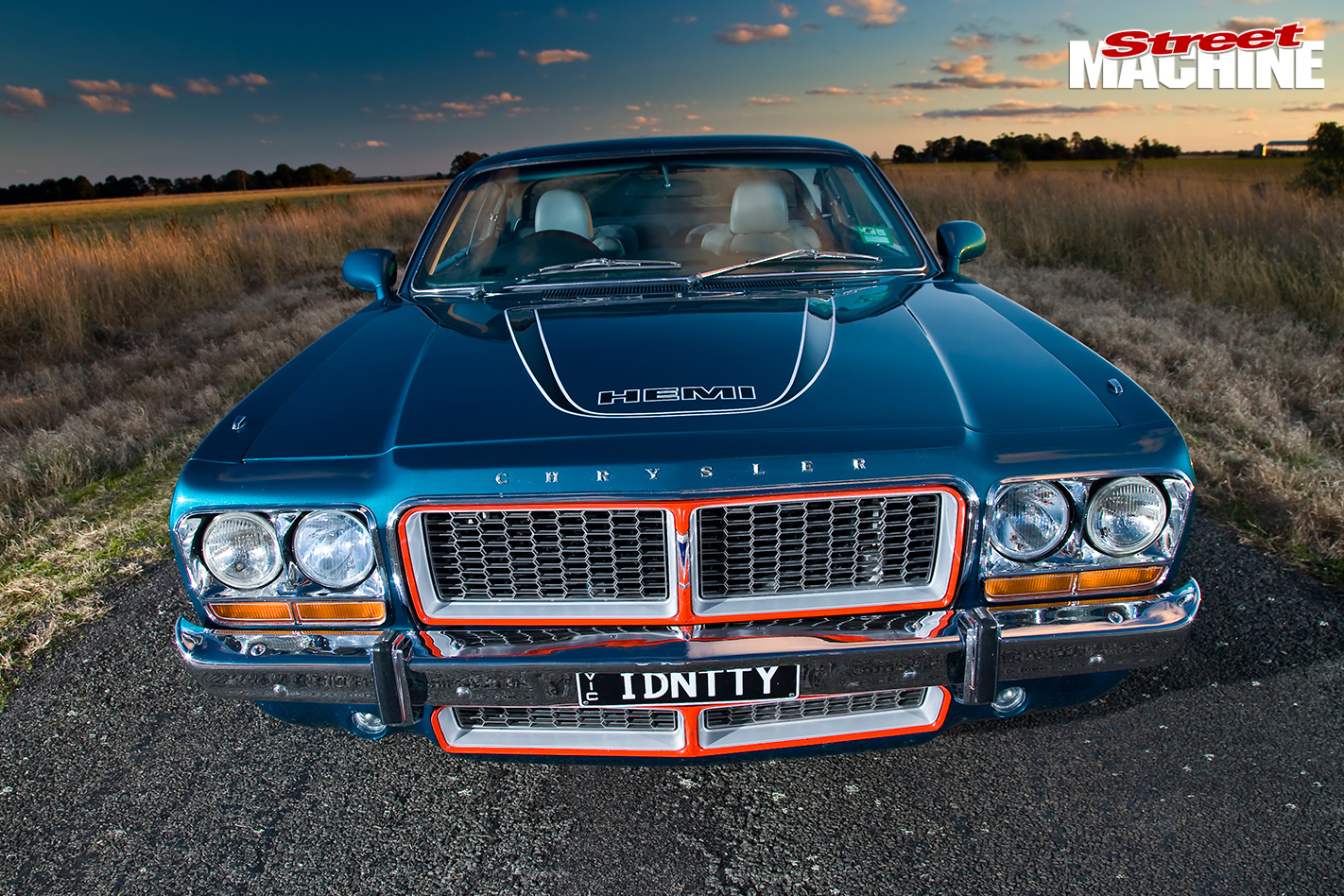 The eye-catching hue is Everglade, a colour applied to late 80s and early 90s Ford Fairlanes. With contemporary decals and badges and a set of 18in 300C rims, it’s an inspired choice.

The culmination of this challenging four-year build is a beautiful piece of classic muscle that drives just like a modern car, with all the comforts from air con to sat nav. It returns 10l/100km on the freeway and is safe too, with anti-lock brakes, electronic stability program, brake assist, traction control and on-board tyre pressure monitoring. 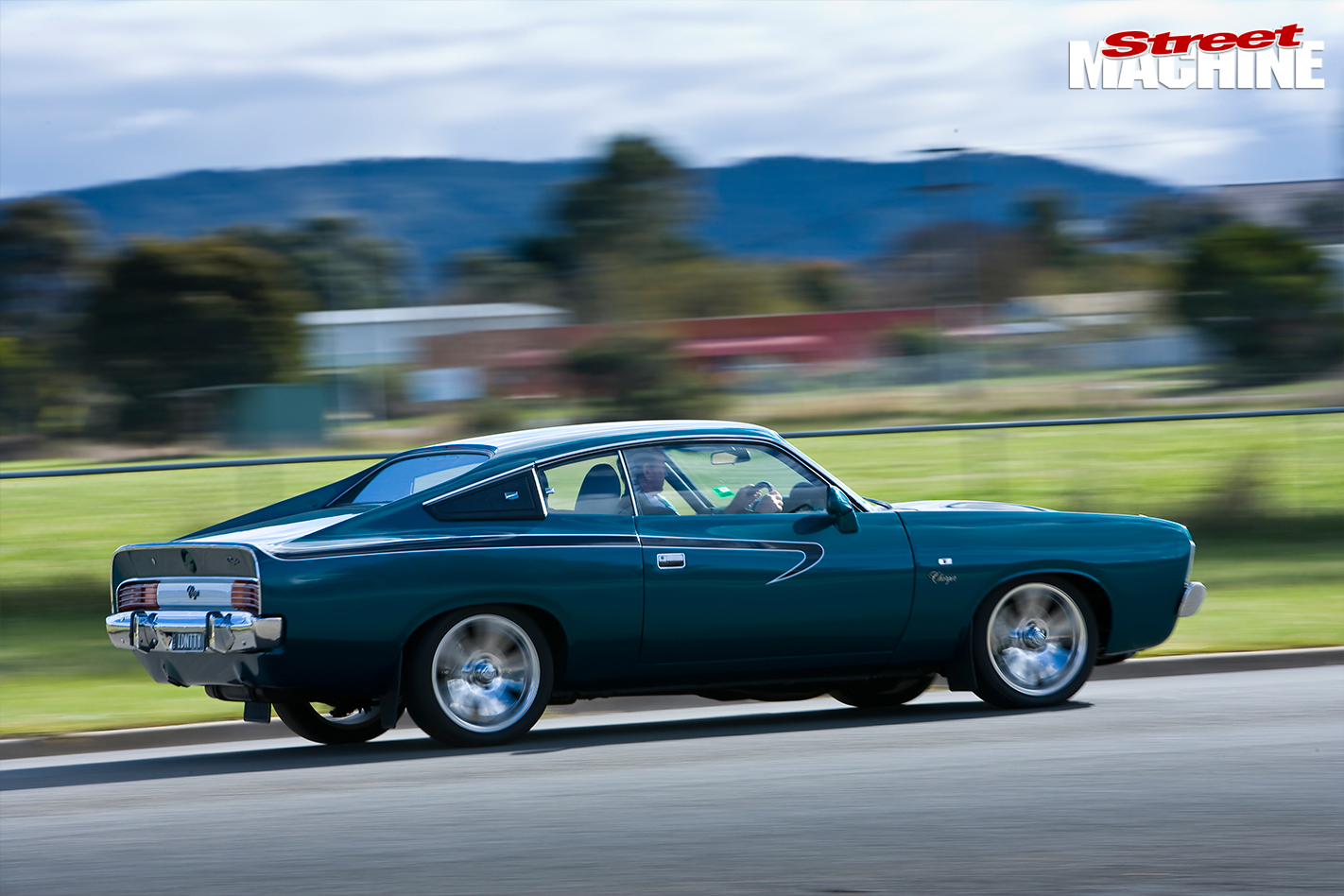 “Basically the car has all the features of a modern car except airbags,” Bert says. And while he maintains that he built it for himself rather than as a show car, he took it to Chryslers On The Murray and scored Car Of The Show! That’s one hell of a bonus. 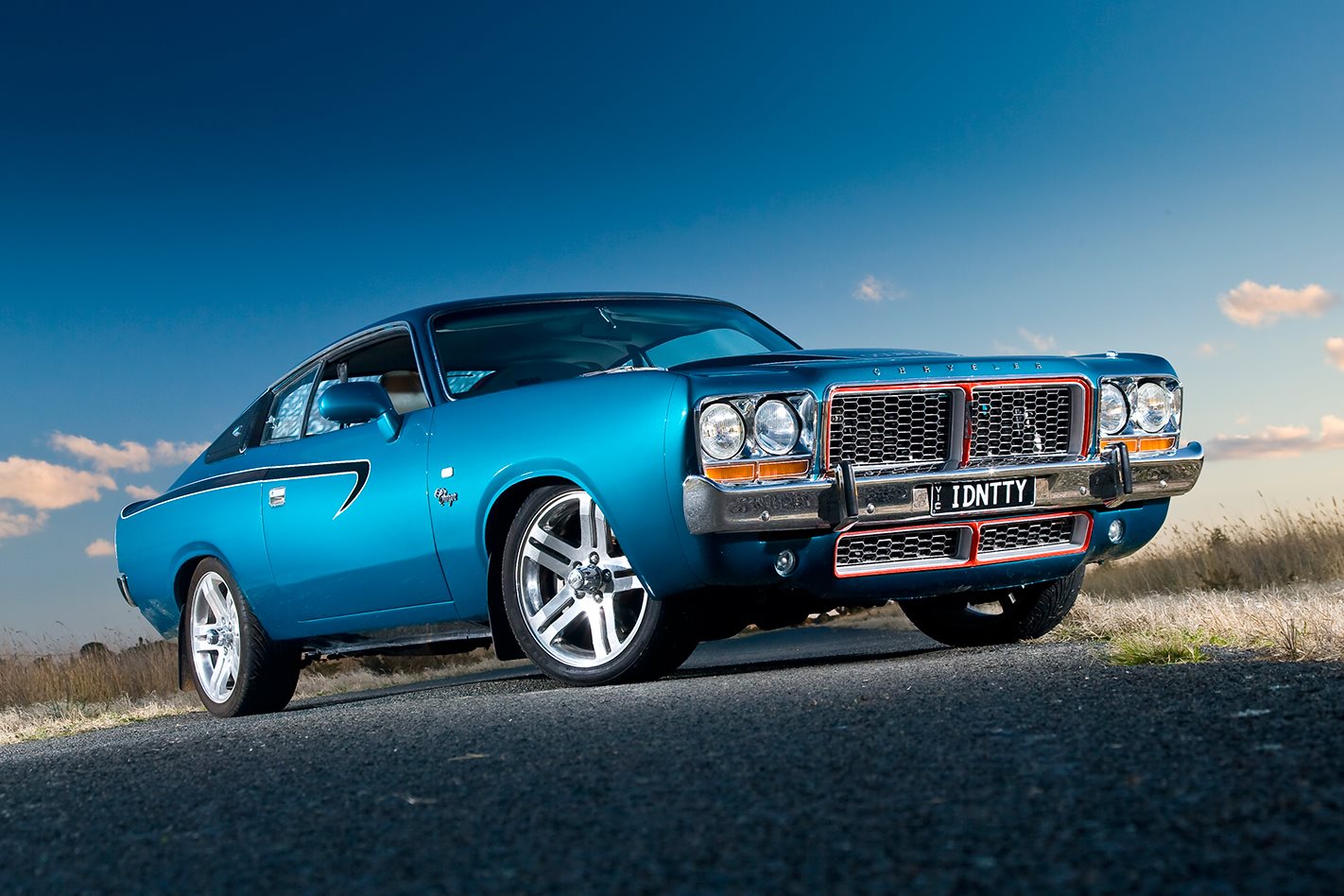 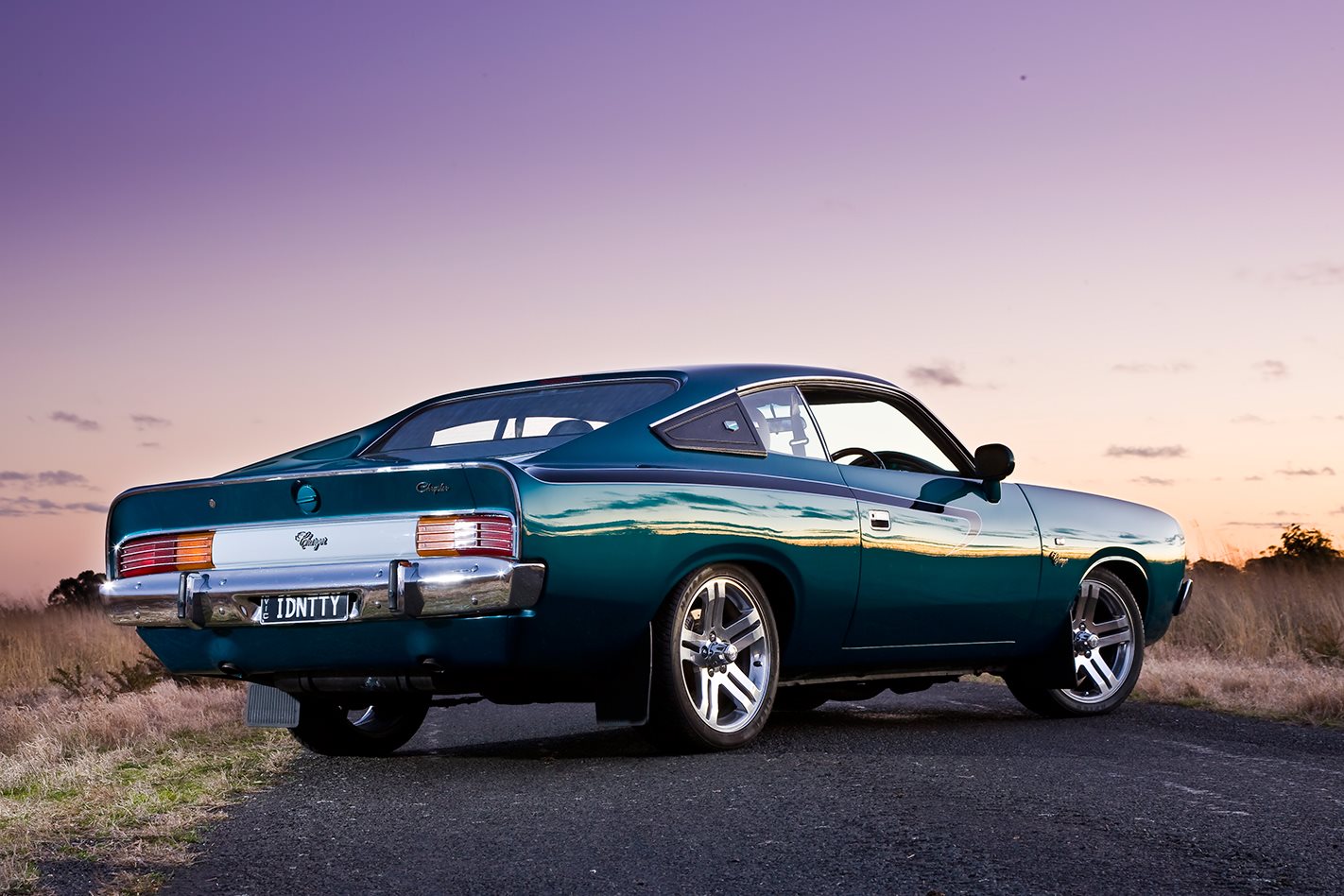 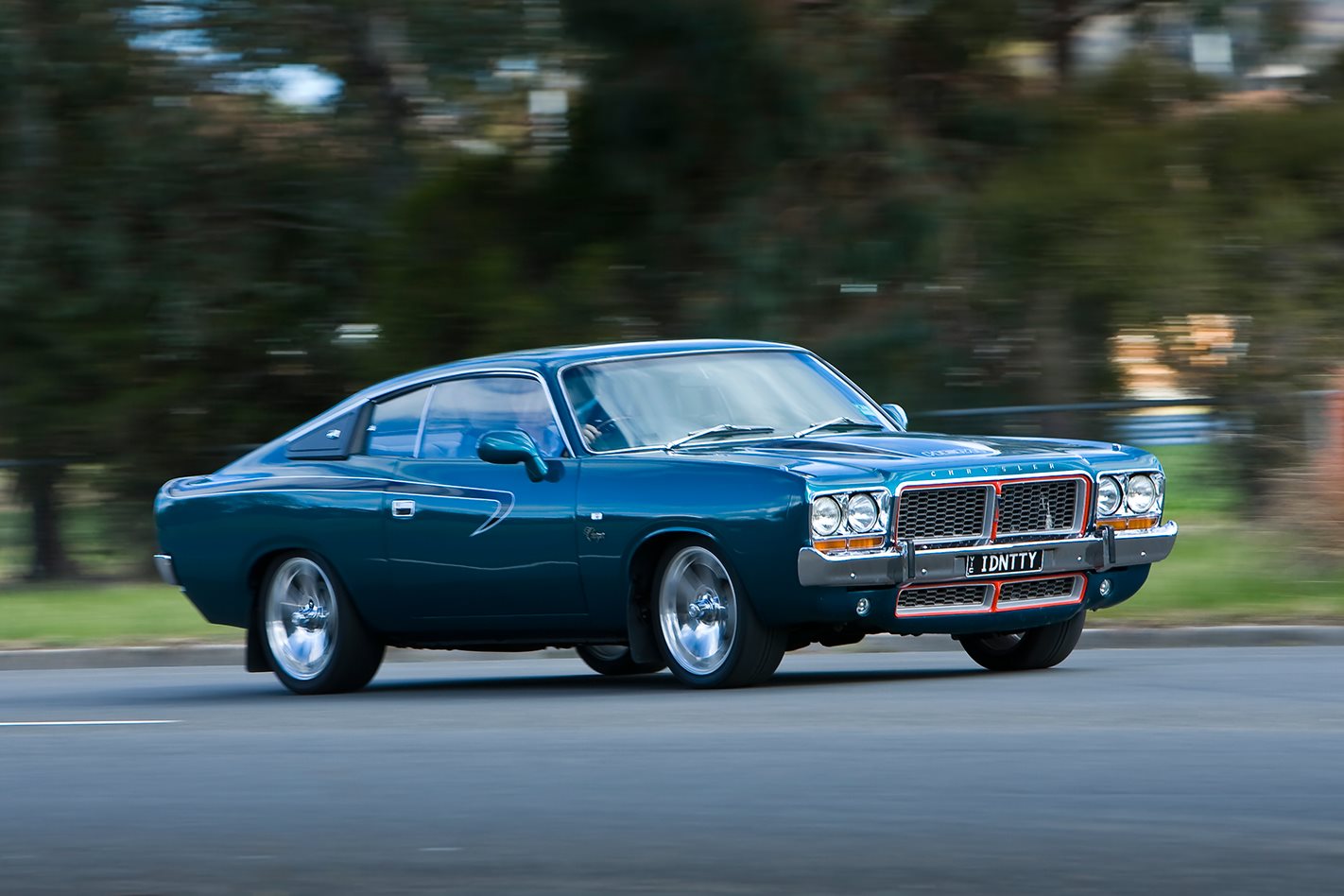 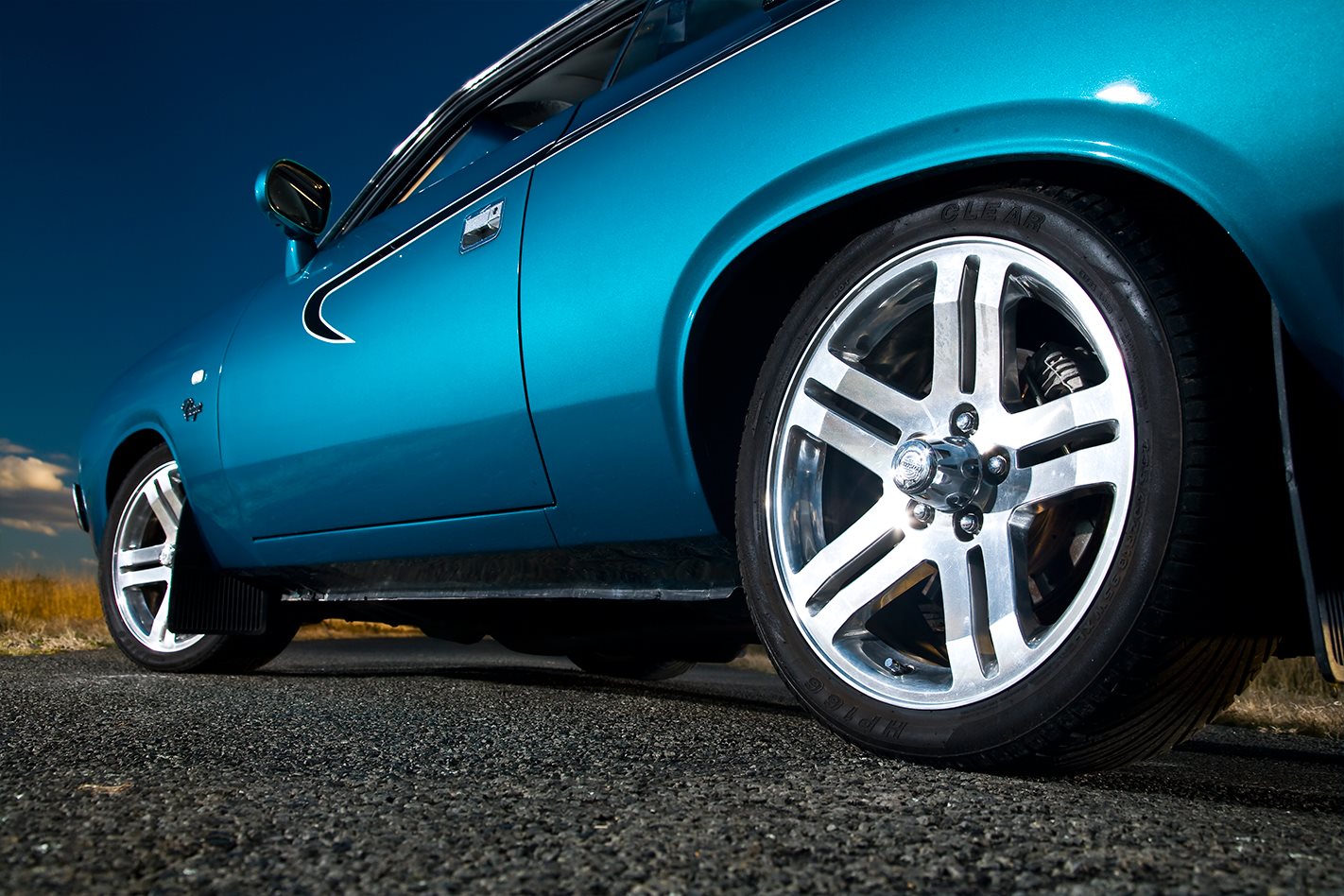 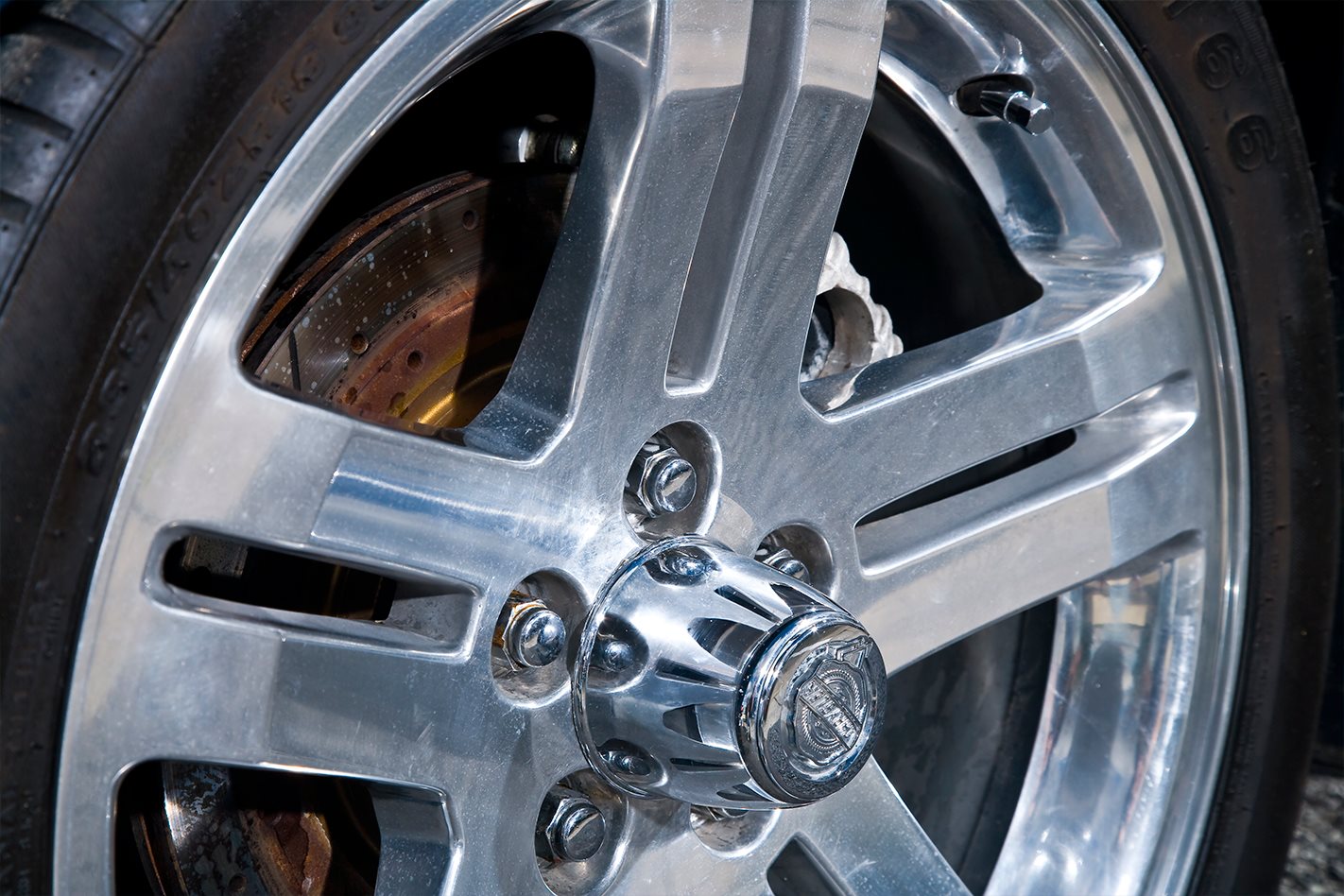 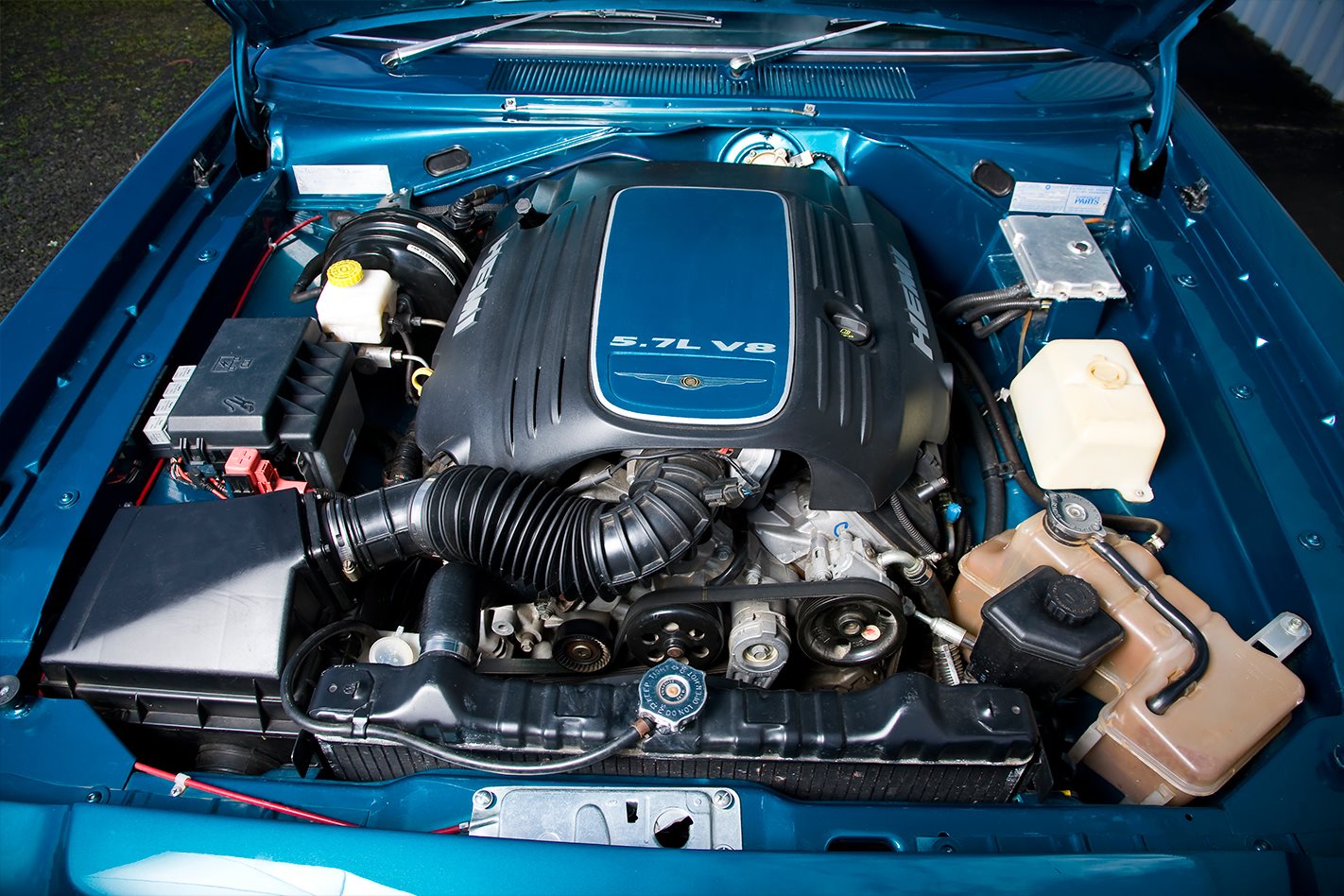 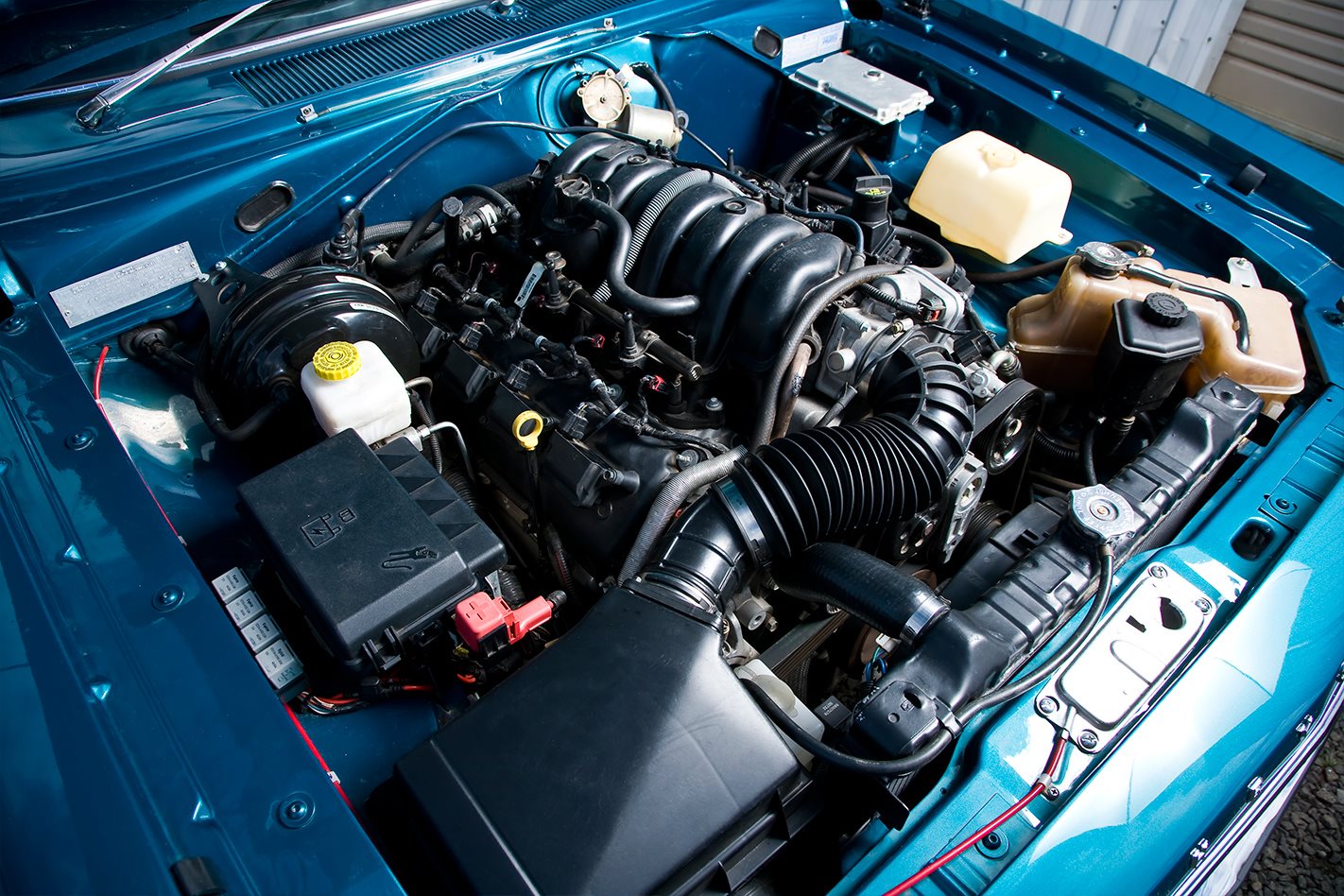 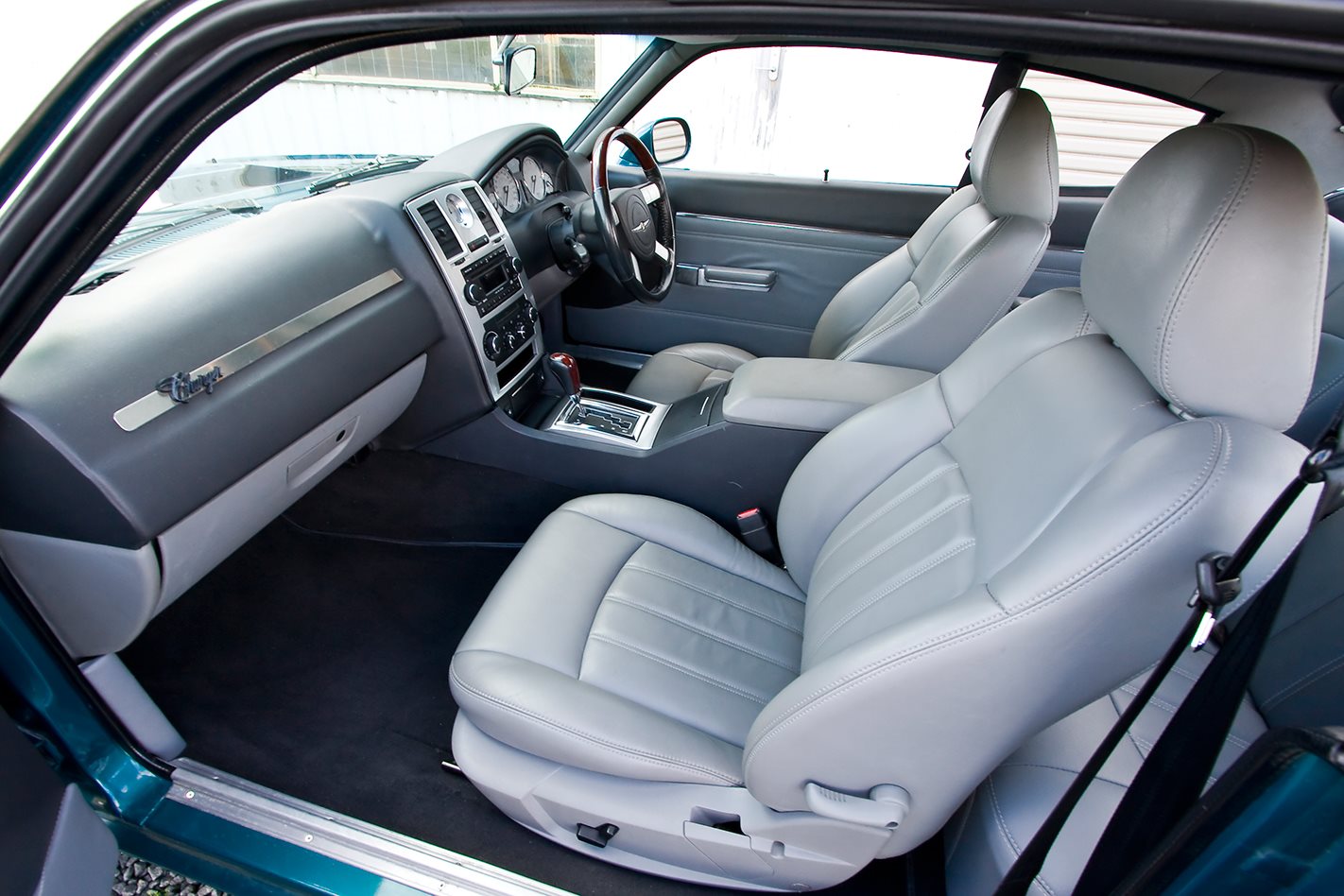 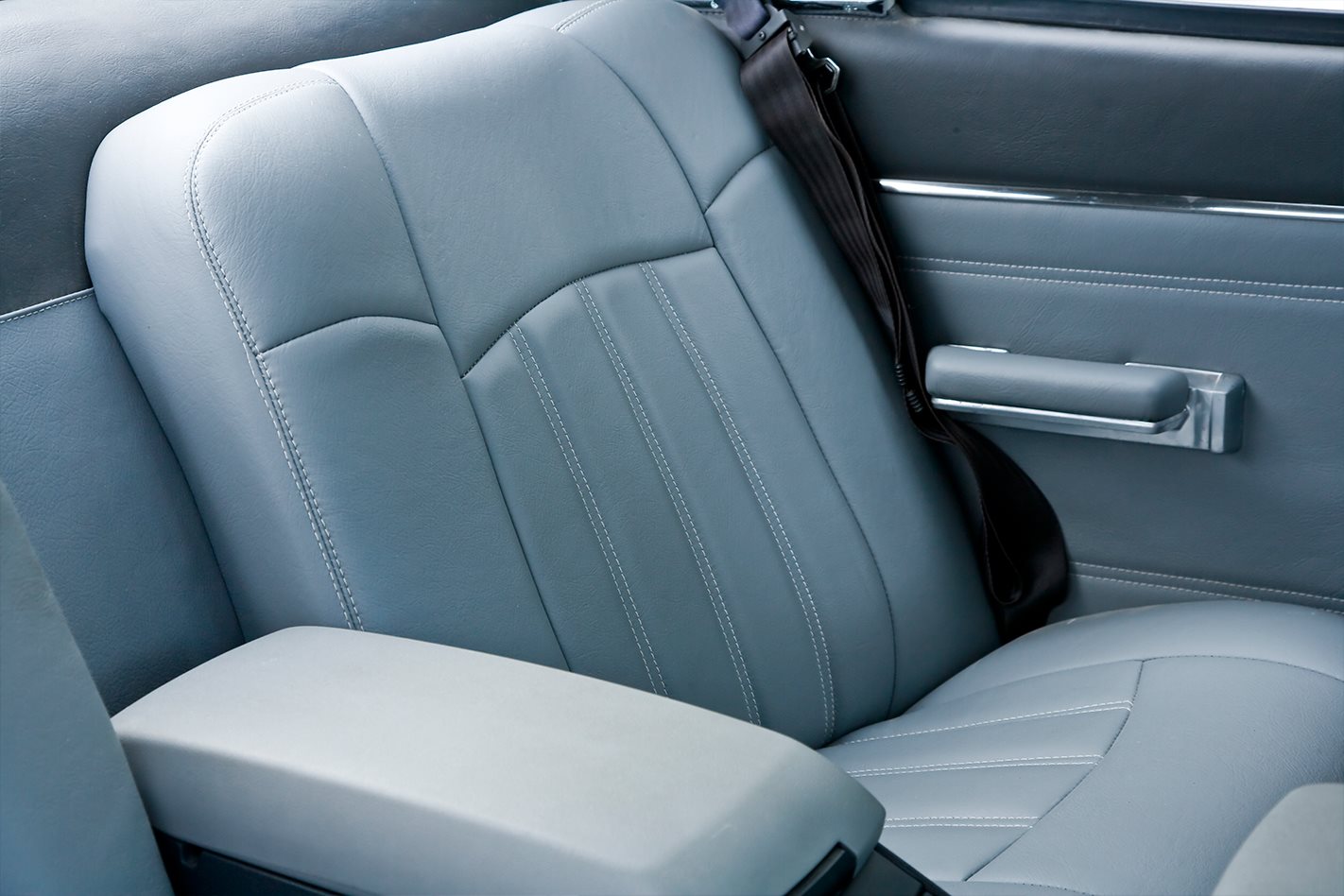 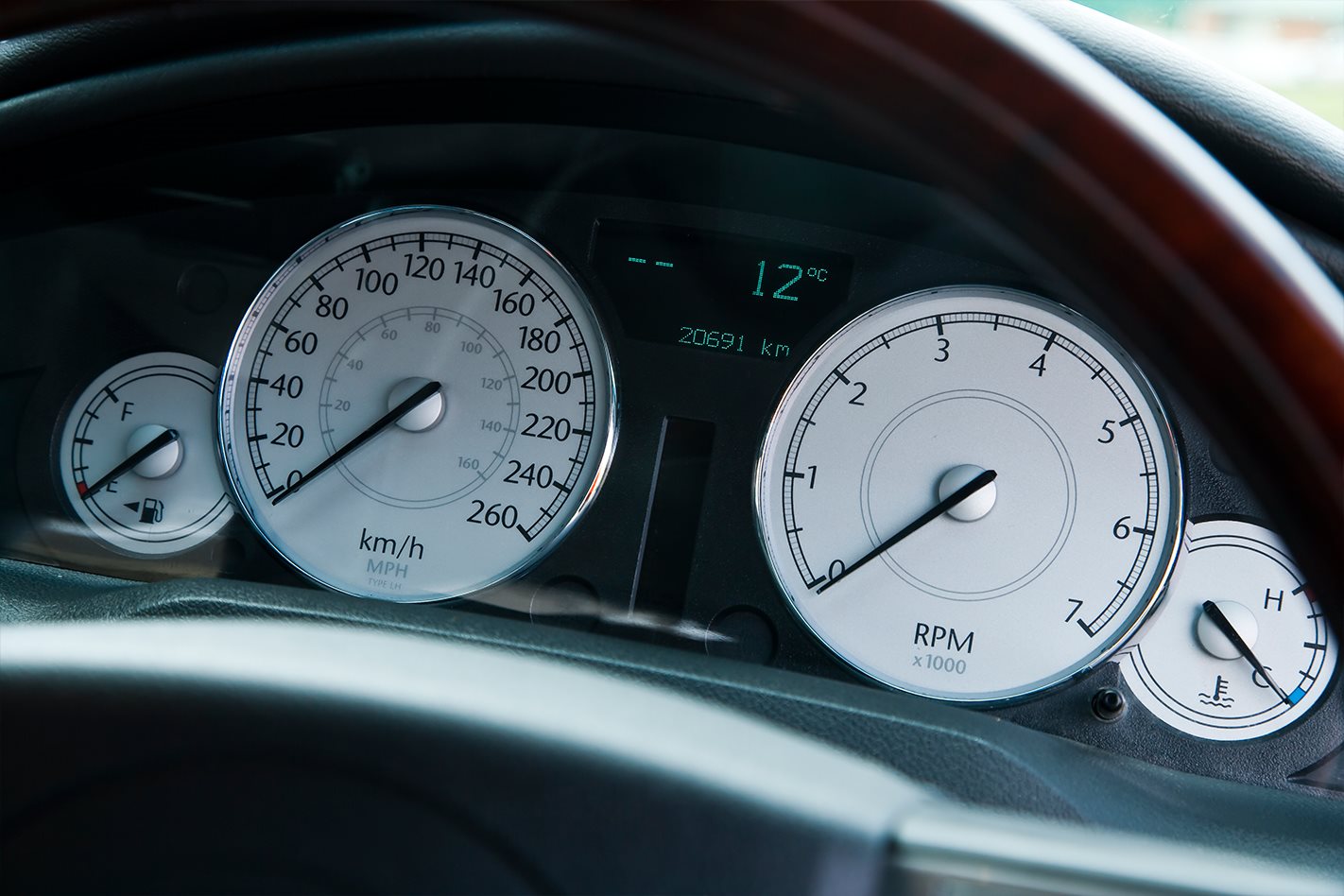 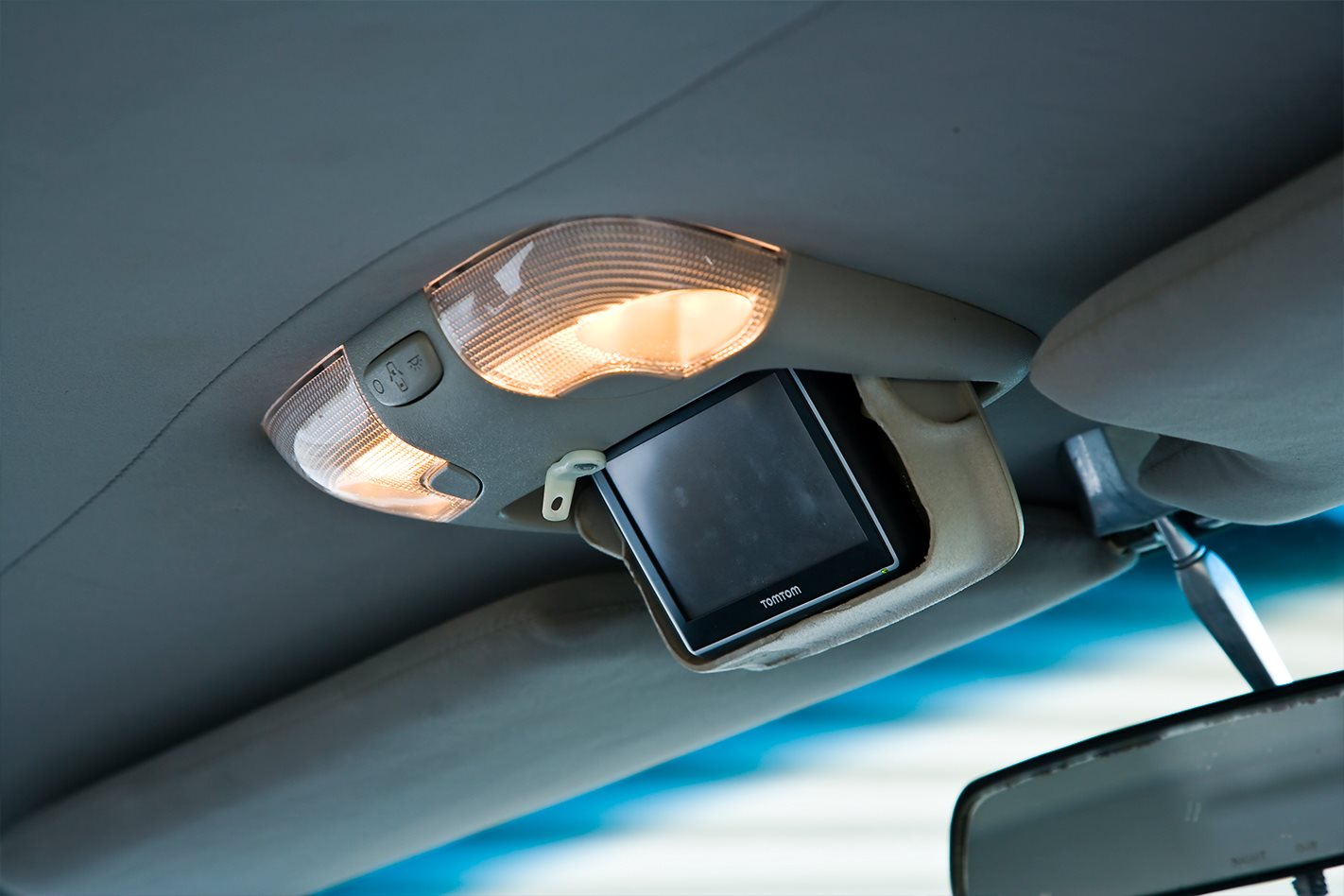 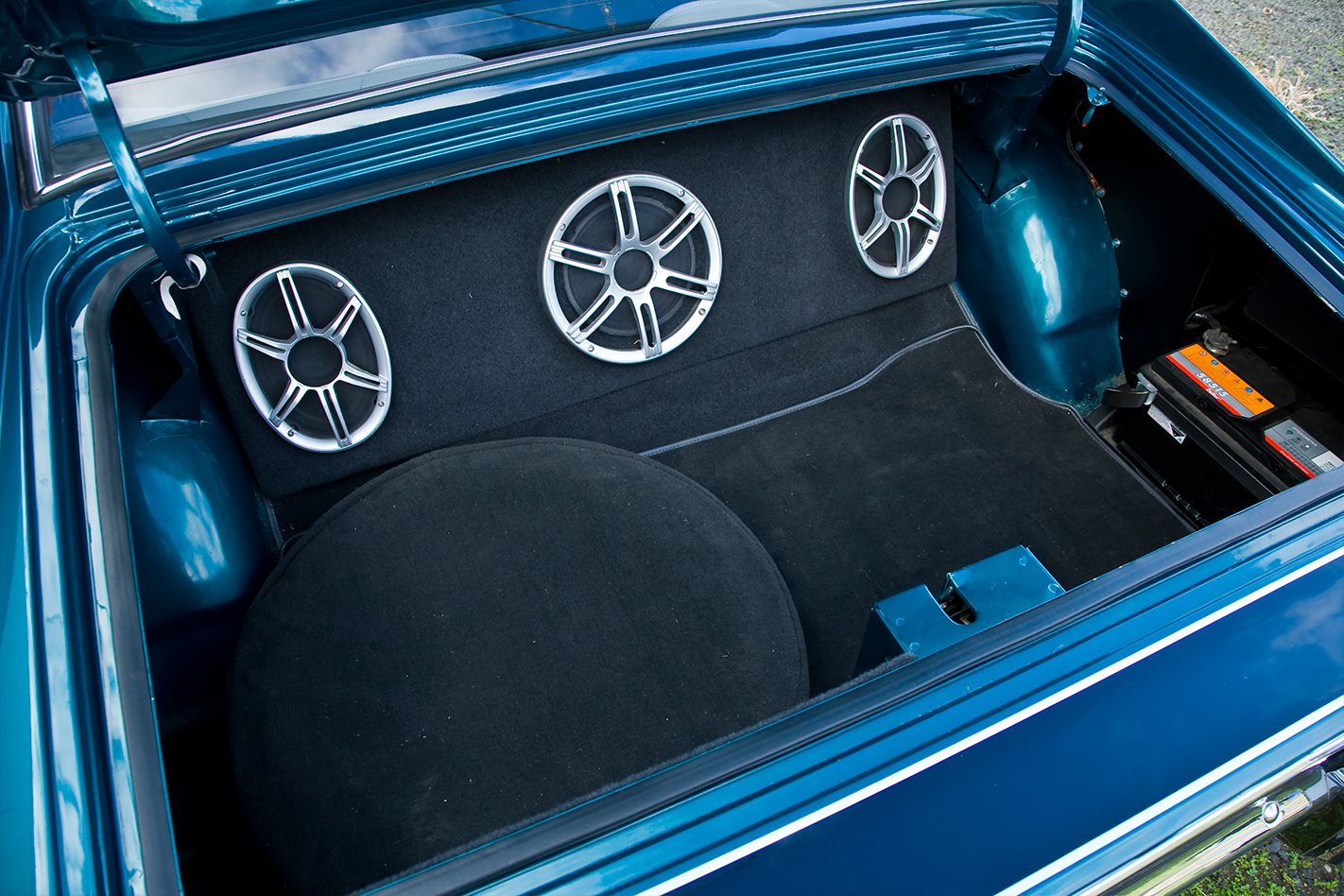