TODAY marks one year since the founding editor of Street Machine, Geoff Paradise, passed away at the age of 60. We paid tribute to him in the April 2015 issue of SM, through the words of his mates, colleagues and rivals. Geoff was a larger-than-life bloke who loved fast cars and bikes as much as he loved the craft of making magazines. By transforming Van Wheels into Street Machine in 1981, Geoff created the blueprint for modified car magazines in Australia and helped lay the foundations for our sport. To remember him today, we present his final Street Machine editorial from the Feb/Mar ’85 mag. It is a ripper, and pure Paradise.

ABOUT a year ago I got rid of ‘Battlestar Galactica’, that big old Chrysler By Chrysler I used to terrorise the Volvos I would encounter twice daily on my trip to and from the office. In retrospect it wasn’t a bad old tart. It had all the power goodies, a whopper 360 between the front wheels and it could send Swedish taxi cabs scattering like ten pins. It made life fun for a while. But by owning that car I learnt a lot about Valiants. They crack and split, and not just the interior either. I’m talking about the important stuff like sub-frames and stub axles and spring hangers. In that car’s twilight days with me I probably spent more time with a welder and pieces of angle iron under the front end than I actually did inside the car.

The problem was that it had some major splits in the sub-frame and couldn’t hold a wheel alignment. The camber was non-existent and on a straight road that sucker would turn left or right on you without a nanometre of a second’s notice. All of a sudden – pow! – you’re poking into someone’s driveway and they’re rushing to the window to see who has unexpectedly arrived. It could have been worse though. I could have lobbed into the front of a Kenny.

So I sold that old Mopar for the same amount that I paid for it, which wasn’t too bad. It had racked up a fair score of Volvos (kind of made it even for the Swedes creaming us in the tennis all the time), had towed the ’57 around where I needed to and generally done all I had requested of it. I even did the right thing and told the guy who bought the car just what sort of crazy things it would do. He was unimpressed and bought the car anyway. I think he was as crazy as that Chrysler. 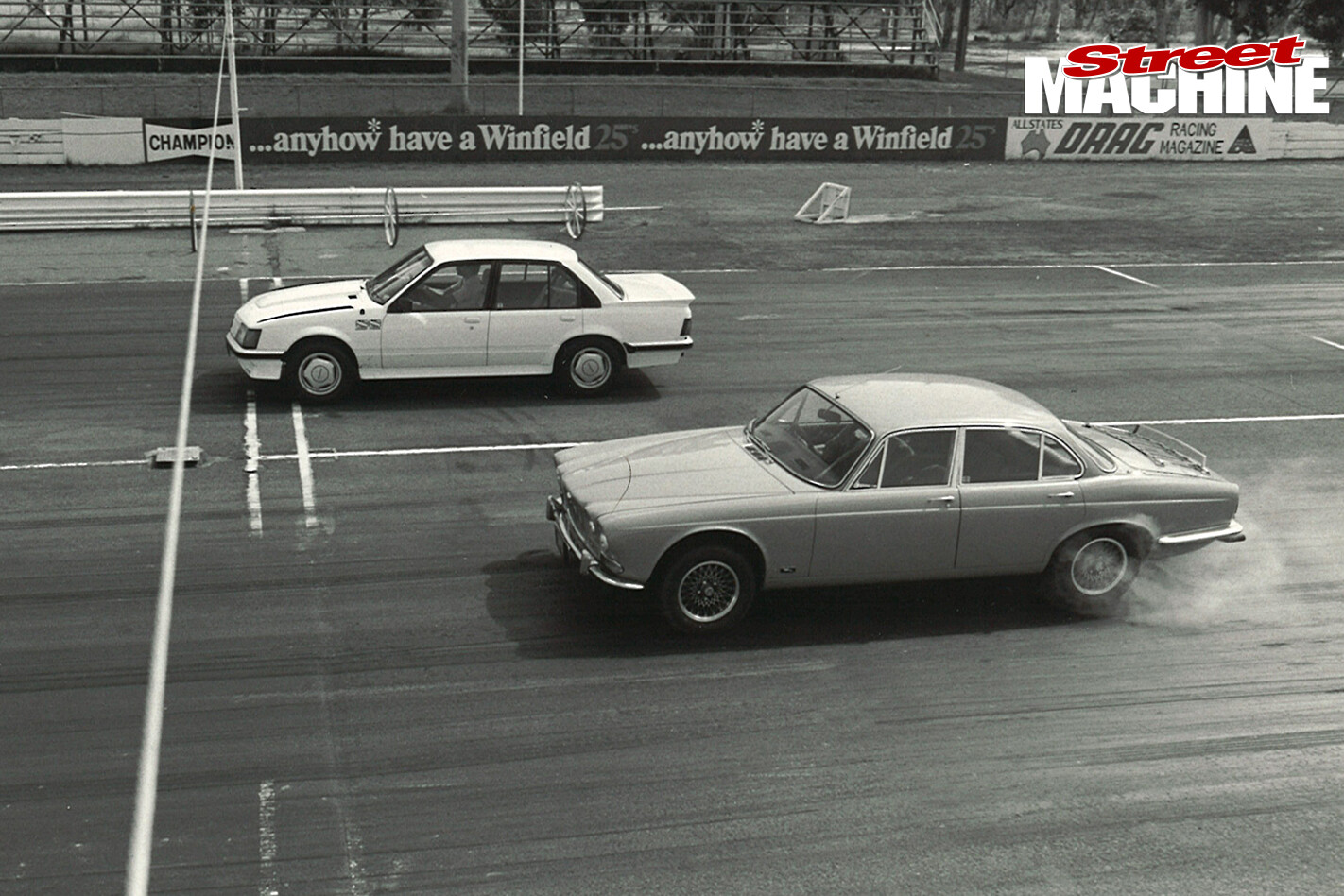 So I bought a new car. My first ever brand-spanker. What I chose was a Group 3 Commodore. The reasons are many, but two things were firmly in my mind when I went shopping. Firstly I wanted a car that wasn’t going to lose 50 per cent of its value the moment I drove it off the dealership floor, and secondly I wanted a car that had grunt. As an aside, when I was a kid I used to ogle every Falcon GT that I saw. If I ever went missing from my job as a truck spare parts salesman, chances were I was standing outside the showroom of Grawill Motors in Gosford perving on a red XY GT they had. Naturally enough I couldn’t afford the price of admission at the time but I still remember that car to this day.

So times goes on and this boy’s lot improves. Fifteen years later I’m in a position to buy a ‘GT’ I could not afford and I chose what I considered to be the 1984 equal. I’ve had it a year now and I really enjoy it. I no longer think of other cars, least of all that Mopar. In 20,000km of motoring the Group 3 has never failed to put a smile on my face. It has grunt, excellent handling, style and it cuts a nice figure on the street. It’s been to Brocky’s workshop once or twice for some work – I wanted an air scoop that worked so a cold air box was installed – and Larry Perkins slipped me a cam that has brought the car alive from about 3500rpm through to 5500rpm. Not that I ever take it over 5000rpm anyway.

It’s not the fastest Commodore around – I have no doubt of that – but it pretty well does everything I want it to. The problem with owning a factory muscle car is that you like to flex the muscle occasionally. And these days whenever I’m on a good stretch of road and I’m in the mood, I like to take the car up to my self-imposed redline and hang in there for a while. At 240 clicks at five grand the car is just a dream. It’s making all the right noises and it sits on the road like a rock. 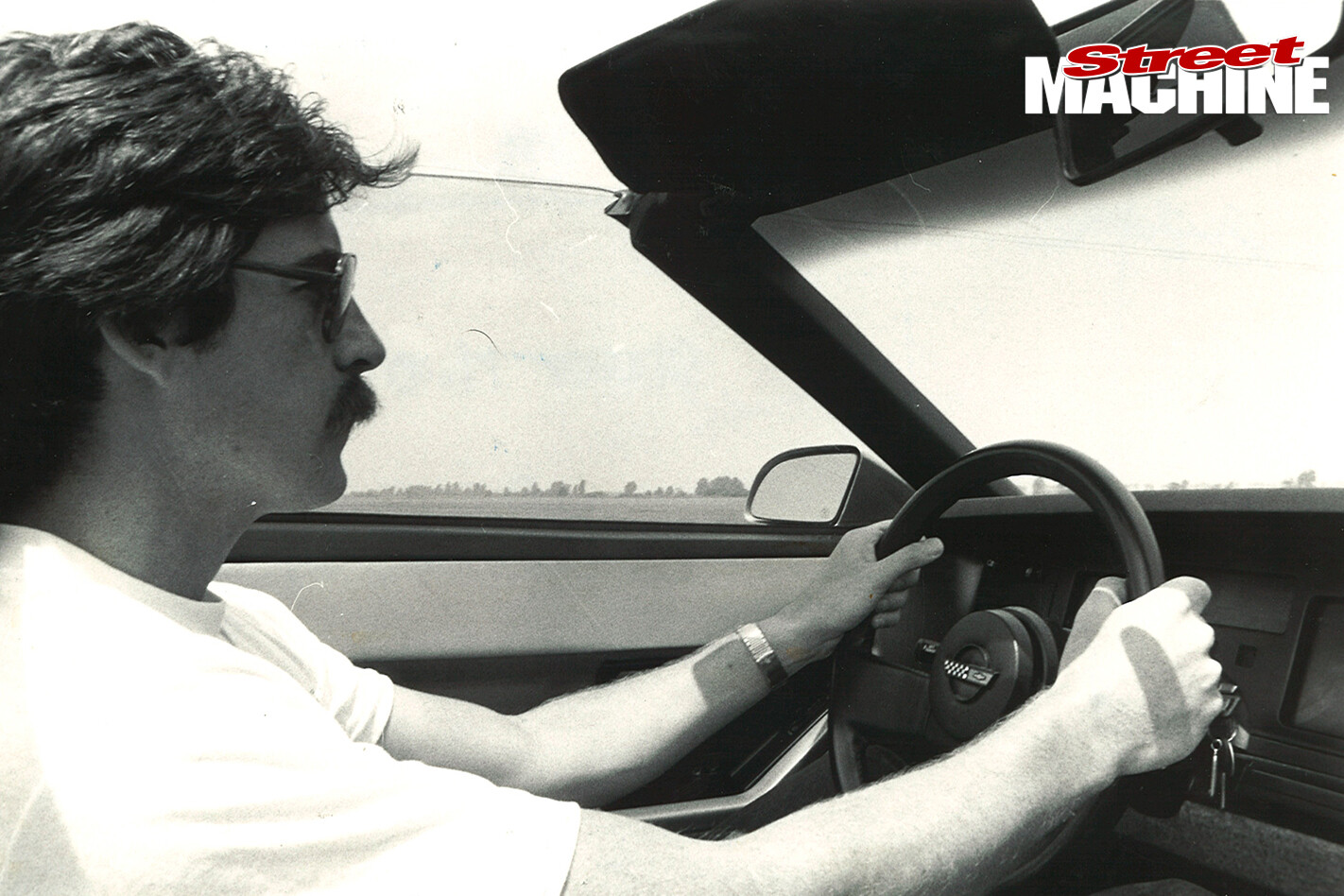 A few weeks ago I was heading up the coast and had decided to give it a run as soon as I cleared a bunch of cars. I was poking along at four grand when some guy behind flashed his lights for me to get out of the way. No sweat, probably a Porsche or a red Falcon GT. No sooner had I moved over than this daggy white HQ four-door sedan flew past. This guy was really honkin’ and I figured he’s probably had the thing wound up for a few miles and has got sweet f.a. in reserve. How wrong I was.

I moved the tach needle to five grand and was making absolutely no ground on this jumped-up taxi. This 14-year-old was packing some heavy metal, but just how heavy was the question. So Paradise gets involved in a street race, doesn’t he? More like a road race actually, but it was full-on stuff with no holds barred. Yeah, yeah, I know the consequences for such acts but I’m human too okay, so no letters. What’s really got up my nose is that this HQ looks dead stock. Oh, the bumpers were painted roughly in body colour and it had Hotwires on with radials, but it looked basically standard.

So here I am in the Brockmobile and getting nowhere fast. This guy is wiping the floor with me and the best I can do is get to his back door and no further. On the strength of that I called it quits and pulled in behind to observe. As fate would have it the driver made a slight error in judgement and lost control of the car. Only his ego and the car’s front spoiler were hurt, but it gave me a chance to check it out. I was expecting a big-block when he lifted the bonnet, but I was presented with a mild-looking 350 Chevy. I should have known.

The owner was fairly switched on and obviously knew what he was on about, and said he didn’t have time for 308s because they don’t rev. So I learnt a few things that night. I learnt that I didn’t really stop street racing when I was 20 and I also learnt never to underestimate that rough-idling junker in the next lane. Who knows what evil lurks.