TRUE fans of old-school car flicks have an inherent skill: the ability to don rose-coloured glasses when it comes to the corny dialogue or mediocre acting that can mark many of these otherwise awesome films. I am the master of denial in this regard, and will normally leap to the defence of any classic being treated with disdain. But I’m afraid Dirty Mary Crazy Larry has broken me. 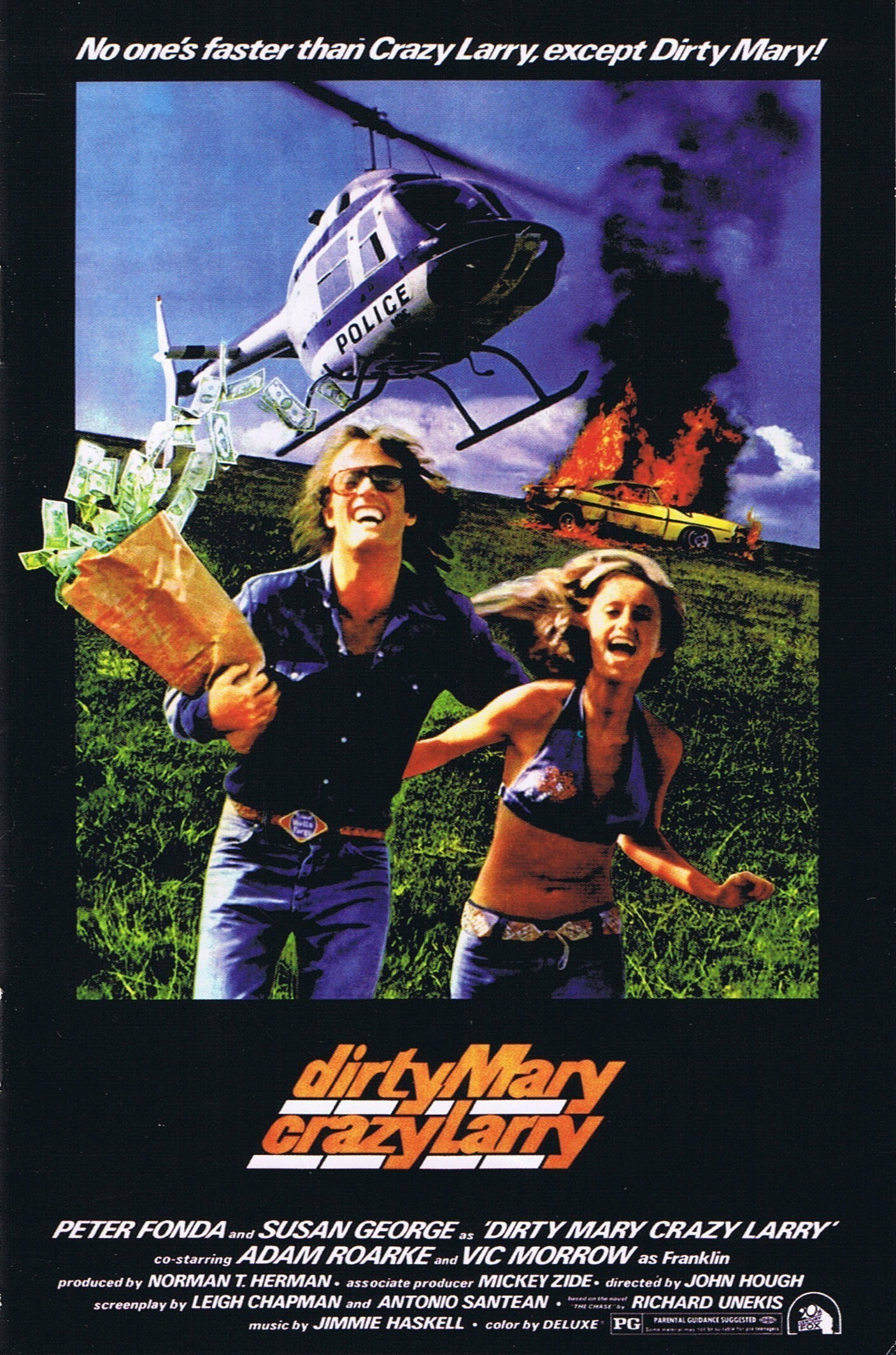 With the unconventional but tenacious Sheriff Everett Franklin (Vic Morrow) hot on their heels, the trio embark on a high-speed stoush with local police. Their souped-up ’66 Impala holds it own against the onslaught of black-and-whites, but it’s later swapped for a ’69 Dodge Charger, which is when the action steps up.

This 440 Mopar works hard to elude a similarly powered police interceptor, but cool Limelight paintwork and a huge set of jellybean wheels can only do so much to overcome the film’s unavoidable main flaw – the title characters.

Larry and Mary’s relationship is more of an annoying brother-sister deal; their dialogue is relentlessly whiny and it took a toll on your humble reviewer. Rumour has it that director Hough wanted grating characters, in order to break away from the norm. Fair enough, but there’s grating and there’s plain unbearable; these two had me squirming on the couch like I was constipated and reaching for the fast-forward button. 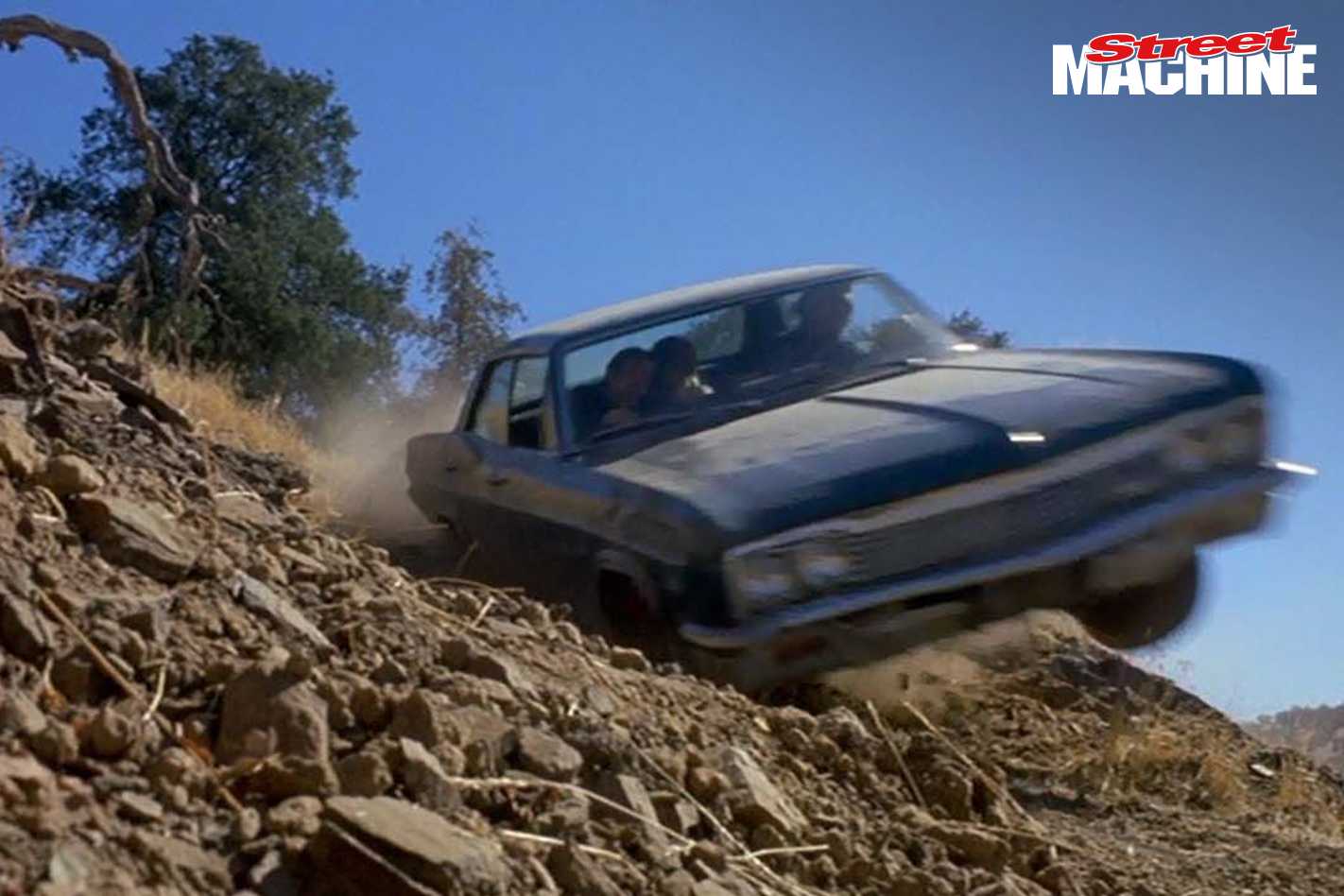 My advice is to crank the volume for the chase scenes but hit mute for the banter. Well, most of it, anyway; the abrasive Sheriff Franklin, played to perfection by Vic Morrow, easily has the film’s best lines.

I WATCHED Dirty Mary Crazy Larry twice – a week apart – just in case I had missed the point the first time around. Sadly it was just as bad with a second viewing; the ending is so random and ridiculous I’m still shaking my head. I can only score it a two by allocating a point each for the colour and wheels of the Dodge Charger. 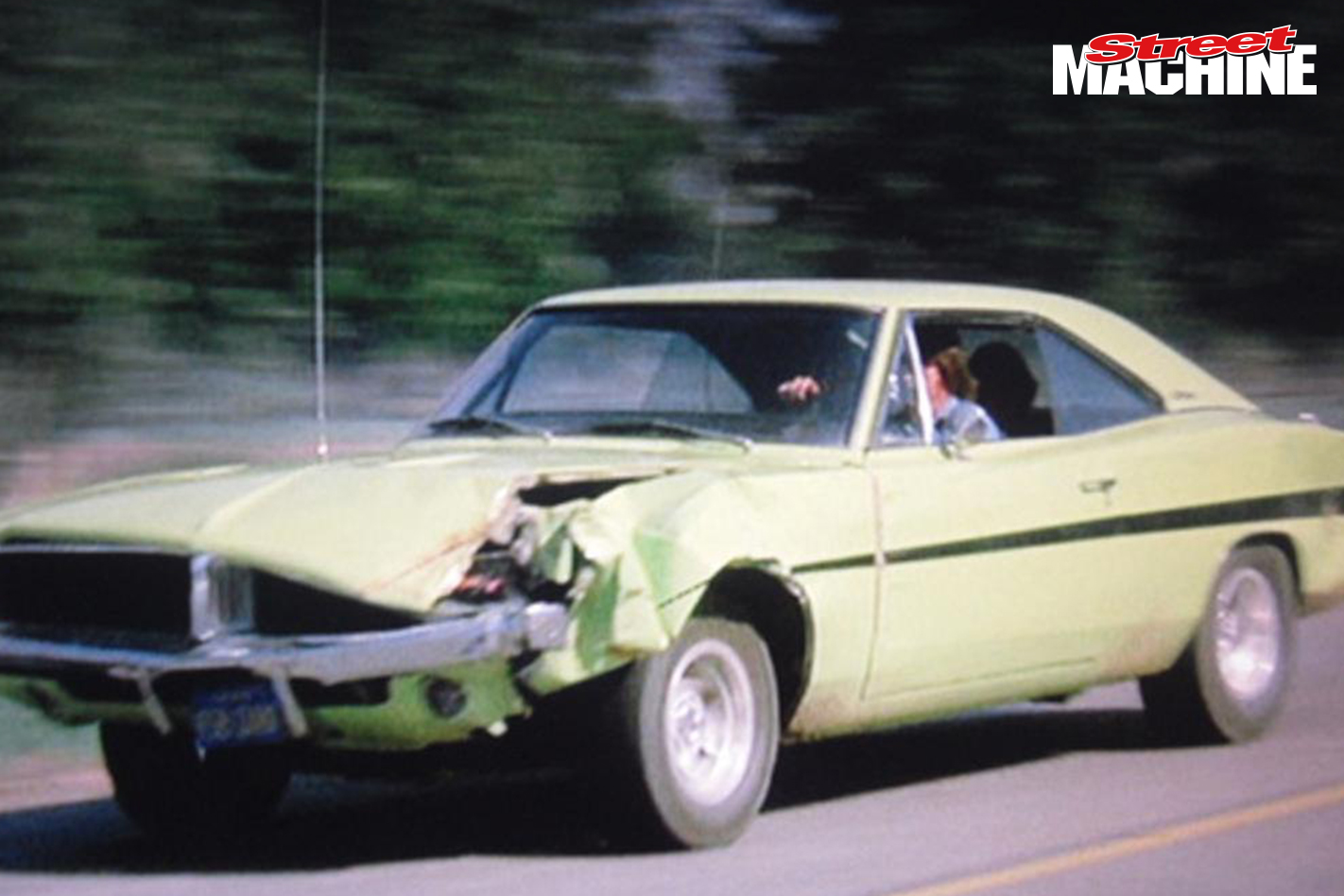 The black stripes adorning the sides of the ’69 Charger weren’t a factory item; they were applied by the film crew, along with the American Racing mags, to give the car a personalised ‘hot rod’ appearance.