A stylish and light-hearted caper flick, The Italian Job is old-school British cinema at its best. Charlie Croker (Michael Caine) is a snappily dressed playboy possessing ample doses of both cockney and larrikin. 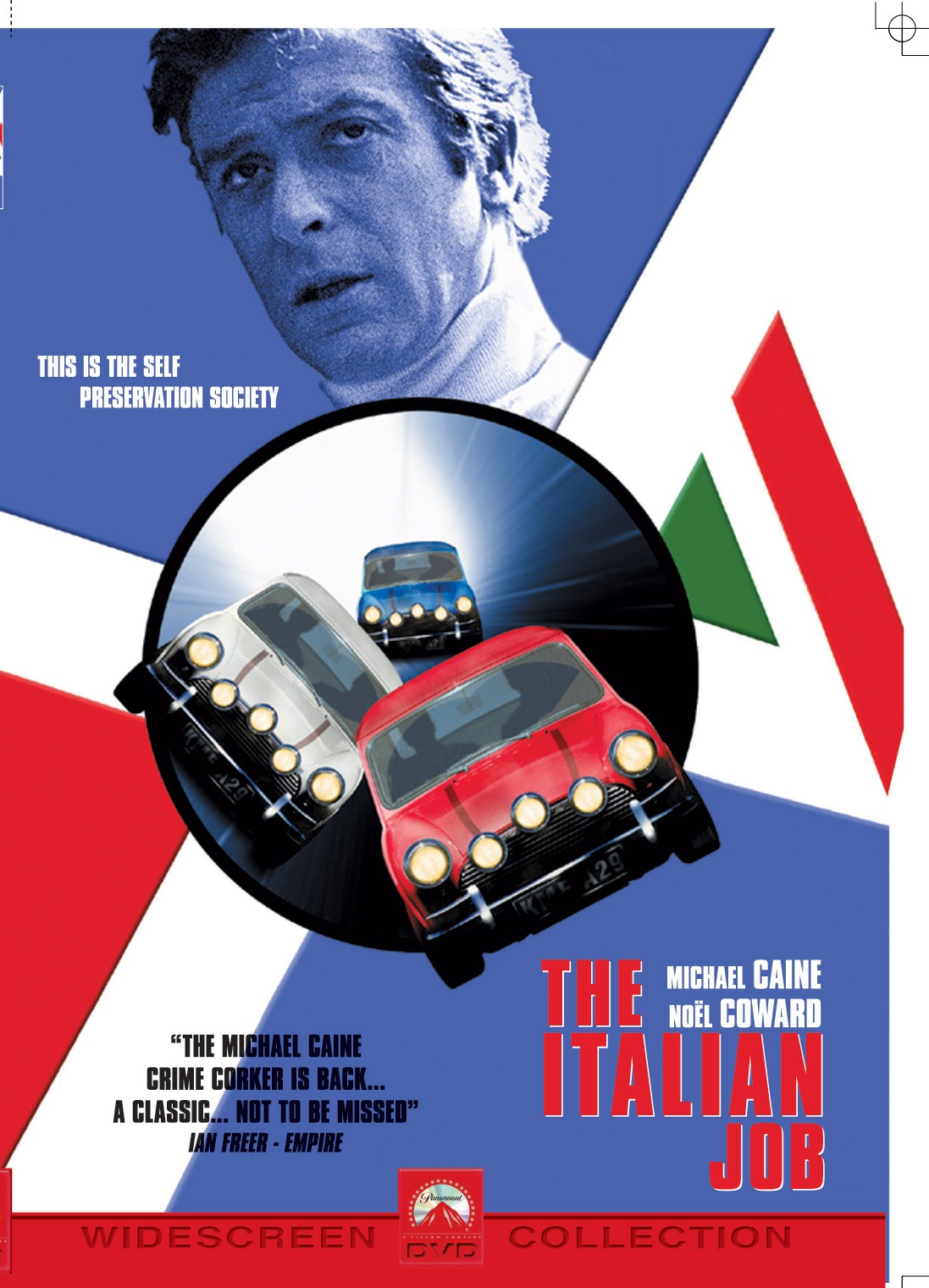 He’s just hours out of a two-year spell as a guest of Her Majesty when he picks up on the trail of a $4 million gold heist. Touting it as the “greatest robbery of the 20th century”, he calls on London crime boss and prison royalty Mr Bridger (Noel Coward) to fund the new escapade. Ably assisted by the very shaggable Lorna (Maggie Blye), Charlie assembles a team of knockabout lads and a trio of Minis to tackle the job.

Rumours of the planned theft draw unwanted attention from the Mafia, who are loath to see such a bounty leave their home turf. Undeterred, the gang slip into Turin, Italy, under the guise of English football fans. Computer whizz Professor Peach (Benny Hill) employs reel-to-reel hijinks at the command centre, causing total traffic chaos and grinding the gold convoy to a halt.

The security detail are blindsided, and with Mini boots jammed full of shiny gold bars, Charlie and the crew lead the Italian police on a wild chase through iconic Turin, weaving their way out of the gridlocked city centre. The chase scene unashamedly exploits the compact size and nimble nature of the Minis, driving them through drainpipes, shopping centres, down flights of stairs and jumping across rooftops. 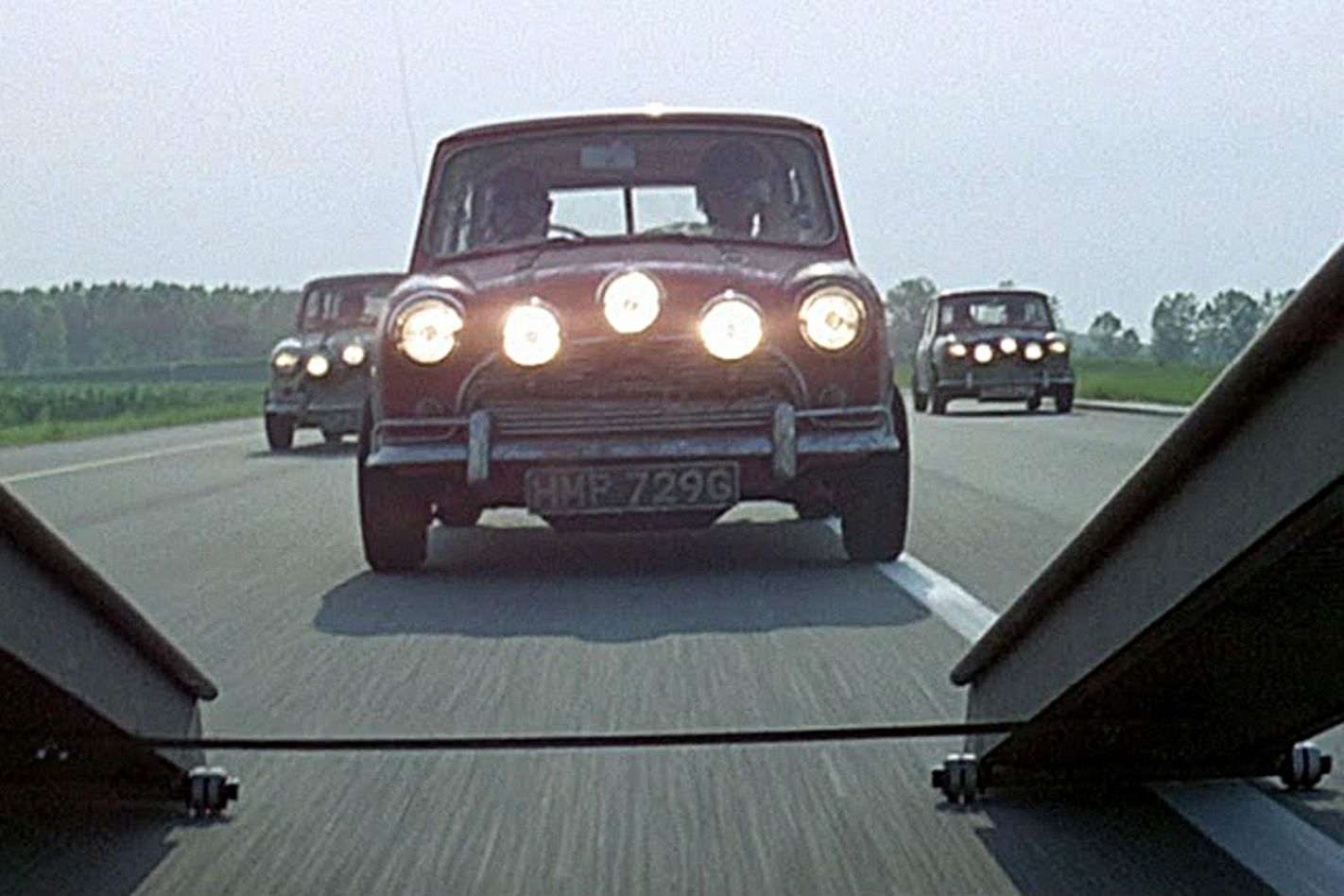 With the gold secured and the lads seemingly home and hosed, premature celebrations soon find them braced for a cliffhanger of an ending – literally!

Michael Caine has the perfect demeanour for any laddish part – there are glimpses of his trademark performance as the abrasive title character of Alfie in Croker – but it’s Benny Hill’s animated comic stylings as the booty-loving professor that add enough laughs to ensure there’s little chance of this film ever taking itself too seriously. 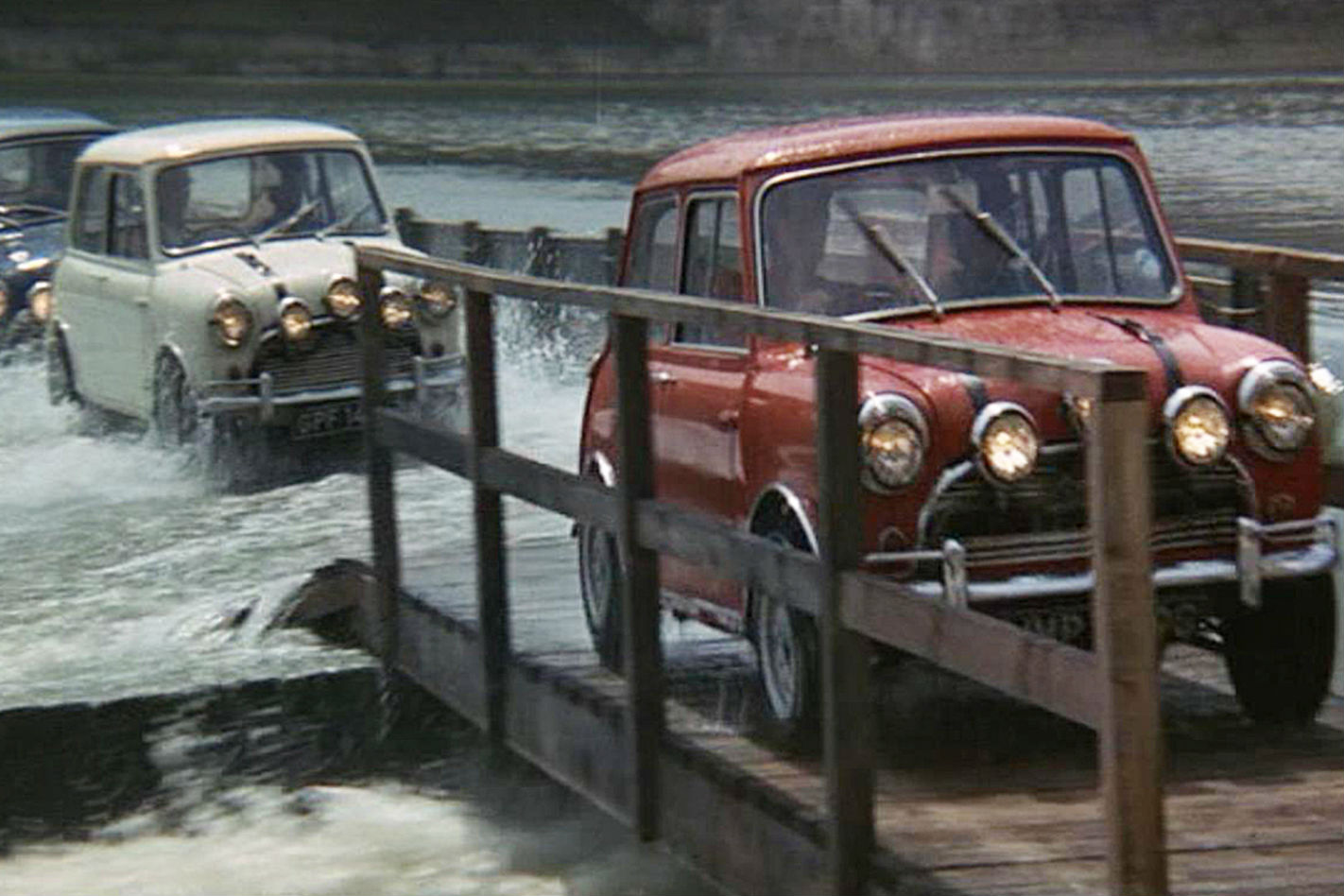 But the real stars of The Italian Job are the Mini Coopers. The flick was released at the height of their worldwide popularity, cementing their cheeky image while helping the film to box-office success.

Fun, groovy and very watchable, The Italian Job is a classic 60s Brit-flick that the whole family can enjoy from start to finish. The Mini action is really the film’s calling card though, and is bound to extract a knowing grin from those who’ve had the pleasure of driving one. 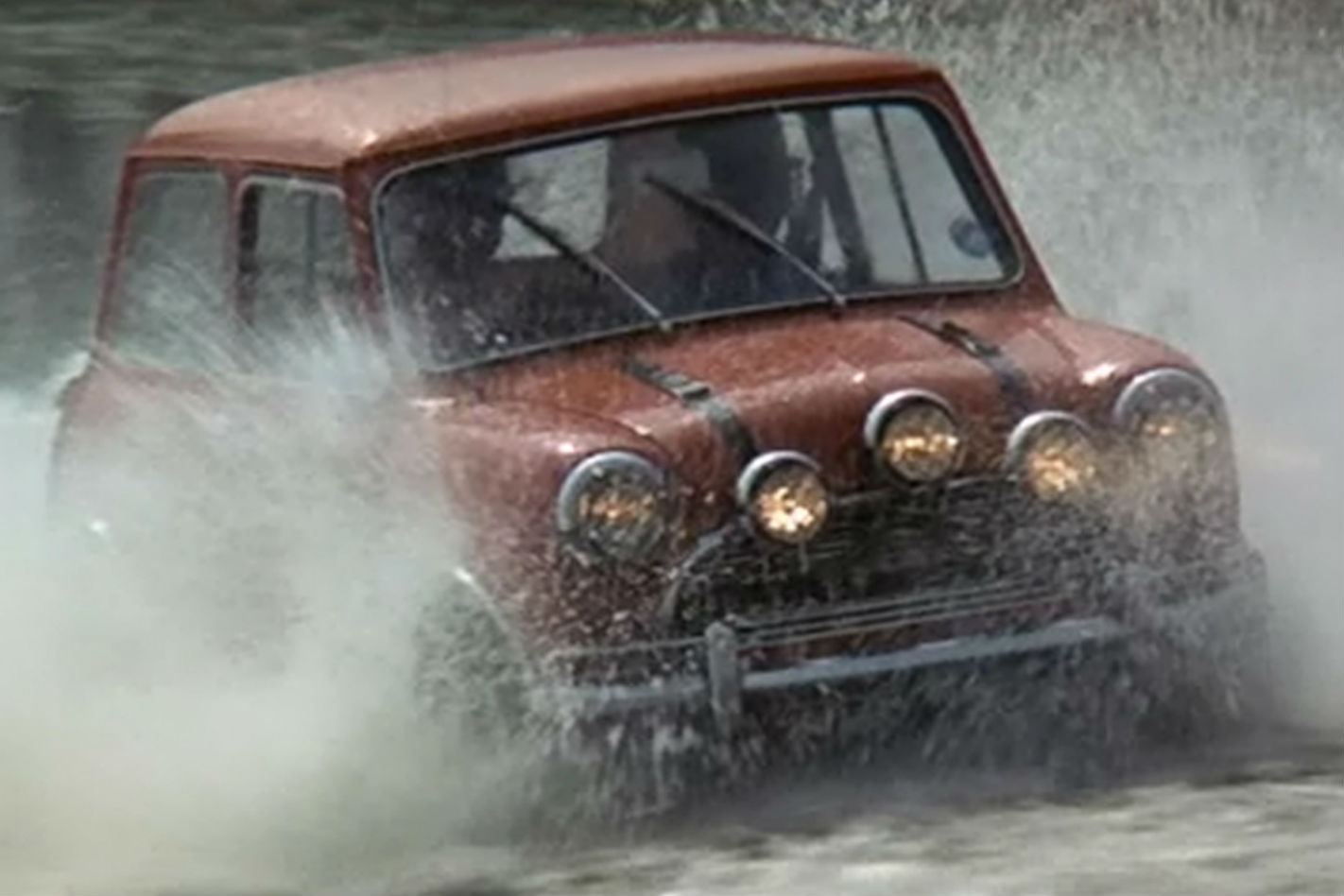 Fiat was a major sponsor of the film after BMC (British Motor Corporation) declined to supply cars. Fiat offered to supply Fiat 500s as getaway cars, but the Minis were retained to ensure British flavour. The Minis’ chosen formation for the chase is red, white and blue, in homage to the British Union Jack.