MILITARY fly-boy Carrol Jo Hummer (Jan-Michael Vincent, who you may remember as the awesomely-named helicopter pilot Stringfellow Hawke from 80s TV series Airwolf) returns to the good ol’ US of A following a stint in Vietnam, keen for a fresh start with his high school sweetheart, Jerri (Kay Lenz).

He goes into hock for a near-new Ford prime mover dubbed Blue Mule, and sets his sights on following in his late father’s footsteps – earning a crust long-haul trucking. 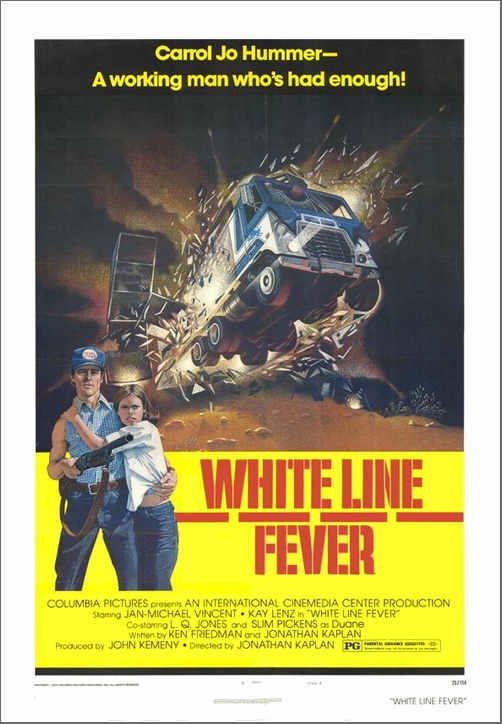 But he soon discovers that his few years away has seen the trucking industry take a turn for the worse, now run by an organised crime group dubbed Glass House, headed by the smooth-talking CEO, Mr Cutler (Don Porter). Intimidation and violence, not to mention support from a corrupt deputy (Nix), is their means for keeping all subbies in line, who understandably see running cigarettes and slot machines as a far better proposition than failing to make payments on their rigs.

Family friend and dispatch manager Duane Haller (Slim Pickens) tries to ease Carrol Jo into the new business model, but Carrol Jo refuses to haul any contraband; he’s an “honest man out to do an honest day’s work”.

Of course, Cutler isn’t one to get his hands dirty and leaves the fisticuffs and shotgun action to sleazeball yard manager, Buck (LQ Jones).

Glass House’s stranglehold on the industry sees Carrol Jo black-banned from all depots, so he teams up with old friend Pops (Sam Laws) to force Buck to give him some legitimate loads. Payback is swift, and it’s not long before some highway shenanigans sees a dirty Louisville truck cop a flogging and the Blue Mule vandalised to within an inch of its life. 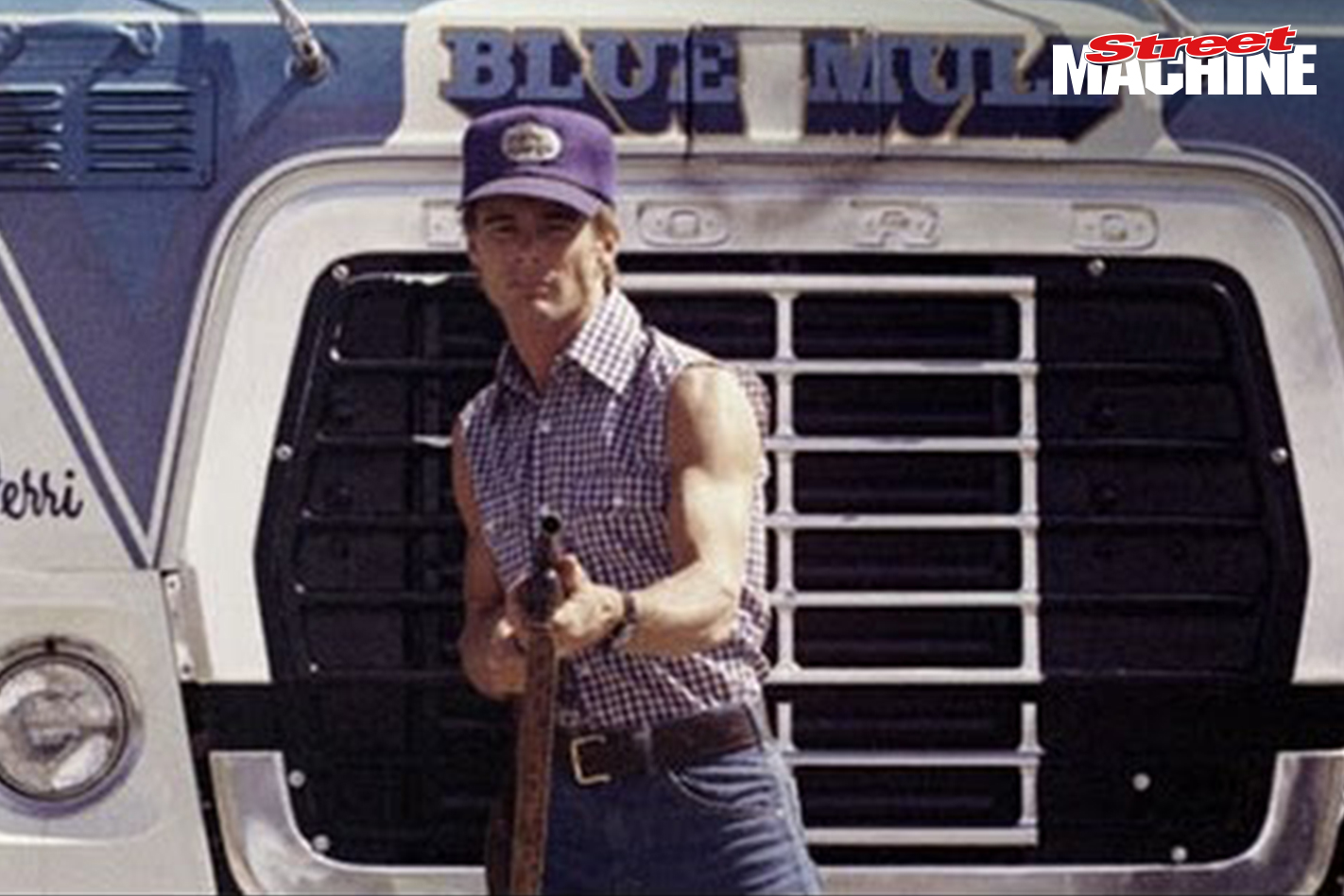 Then Pops and Haller are murdered, and the blame is laid squarely at the innocent Carrol Jo’s feet. A stint in the slammer has him close to throwing in the towel, but a home invasion that lands Jerri in hospital is the last straw. Carrol Jo pushes himself and the Blue Mule to breaking point, spectacularly gatecrashing a Glass House party. 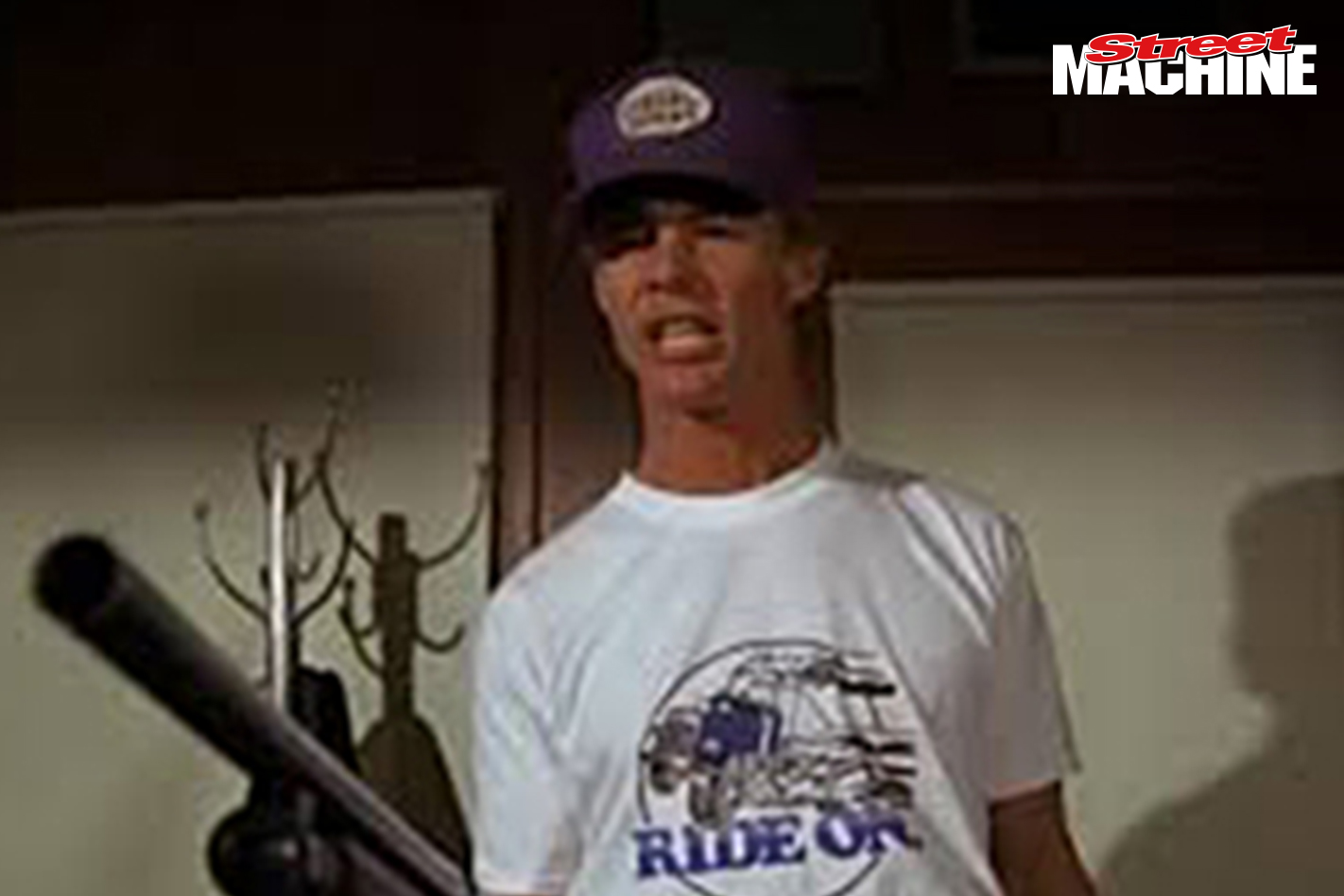 WHITE Line Fever is a pretty cool 70s cult trucker flick. It’s kind of weird in spots and some of the outfits are scary even by that era’s standards. But the film’s climax leaves you feeling pretty deflated. There were many cool endings that could have been explored – foundations had been laid – and it’s a shame they went with the one they did. Still, Vincent deserves a serious two thumbs up for his willingness to perform his own stunts.

The Ford WT 9000 is the cab-over version of the Ford Louisville range sold in Australia in large numbers throughout the 1970s and 80s.