You can still get your kicks on Route 66

WHEN naive rich kid Beckman Hallsgood Jr (Reinhold) embarks on a Route 66 road trip from New York to Palm Springs in a gorgeous 1955 Thunderbird, it offers him a last chance for some raw fun before joining the family ‘Pork Boy’ restaurant business. 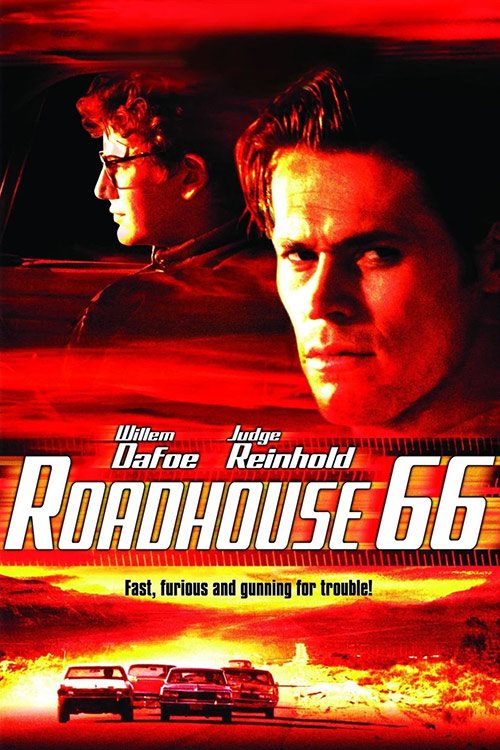 While enjoying the freedom and the sights of this iconic American highway, Beckman is road-raged by local troublemaker Hoot (Autry) and his tagalong cronies Dink (Howard) and Moss (Van Norden).

The altercation leaves Beckman with a shot-out radiator and stranded in the town of Kingman, but not before picking up a hitchhiking washed-out rocker, Johnny Harte (Dafoe).

Beckman and Johnny kill time at a local roadhouse, The 66, where Hoot and his cronies line Beckman up for round two. Johnny steps in to manage the damage, but this odd couple are left further high and dry after the ’55 is ransacked of their belongings. 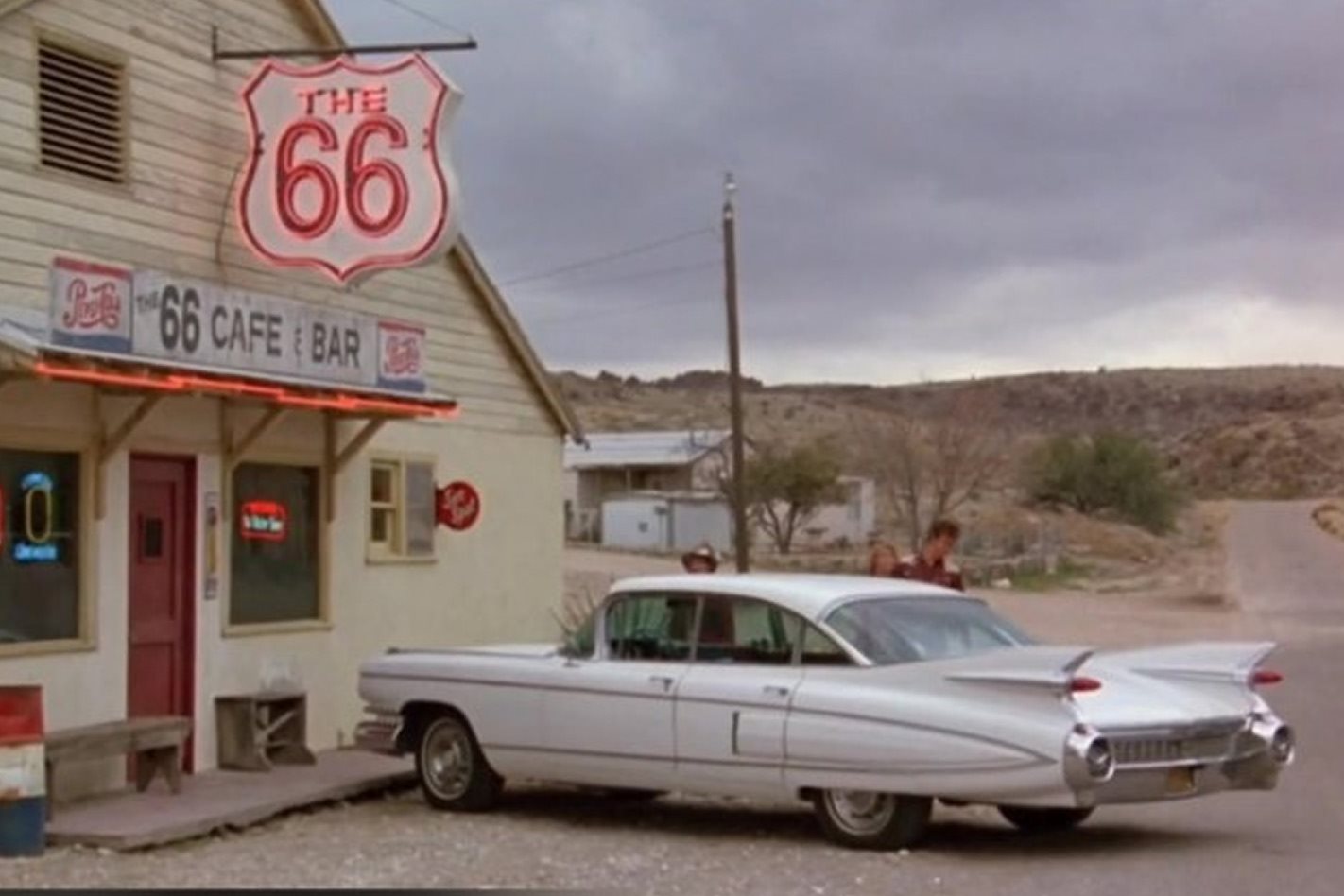 With no available funds, they seek refuge in a Cadillac languishing in a junkyard owned by old Sam (Elliott), who takes pity on the pair and offers them a roof, tools and friendship to help get them back on their feet.

All the while, a love-hate relationship has been forming between Beckman and the local parts store owner, Jesse (Lee), and it isn’t long before he takes a shine to Jesse’s younger sister Melissa (Vernon).

On the flipside, romance soon blossoms between Jesse and Johnny, and the foursome hatch a plan to beat Hoot at an annual road race, the ’66 Classic. It seems Hoot and his boys have the town over a barrel, and know that a win for Beckman would knock Hoot’s stranglehold down a few pegs. 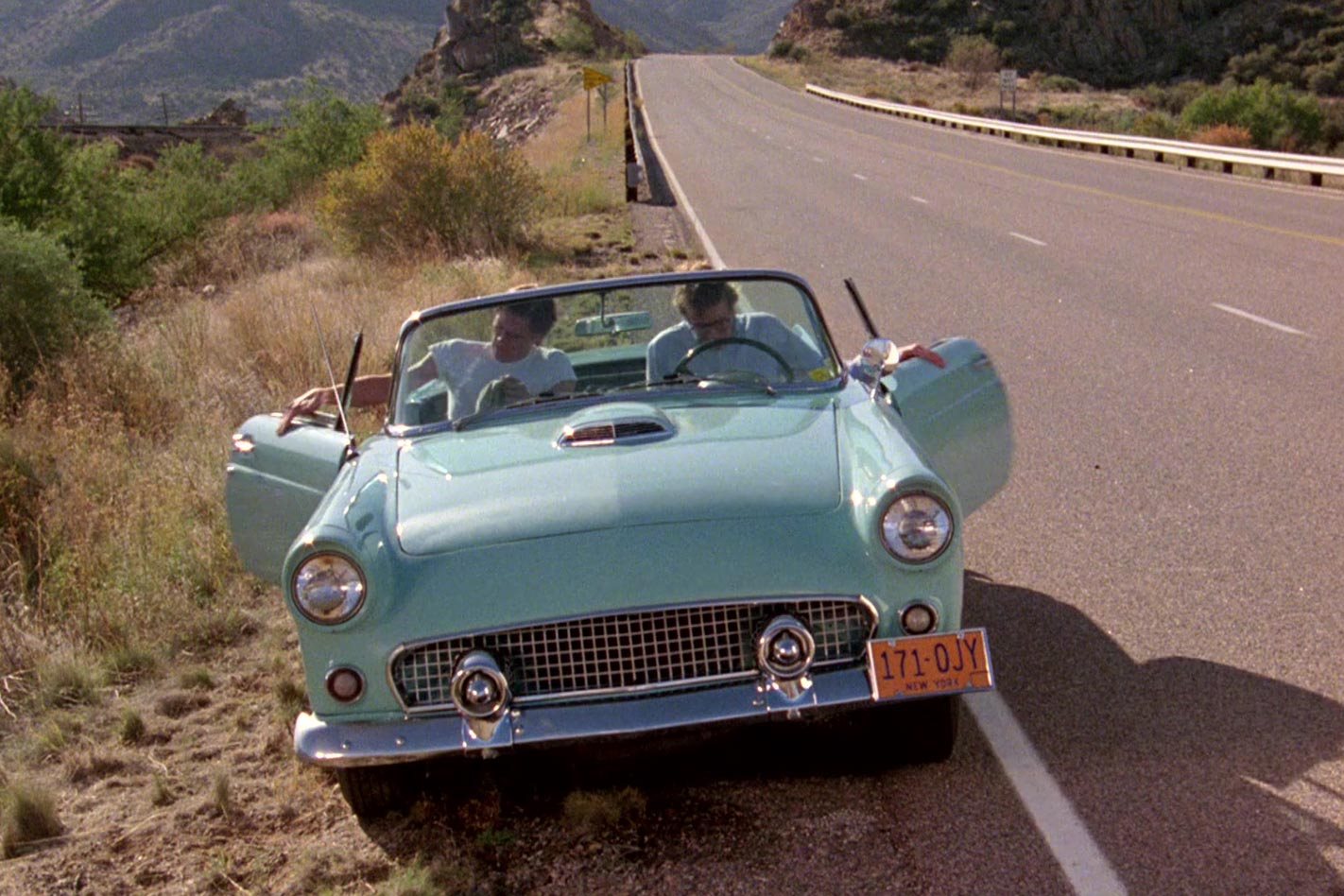 With the help of Sam, the couples hot-up Beckman’s T-bird into a capable road racer. The threat to Hoot and his ’57 Chev is real; desperate, he torches the T-bird in a shed fire, killing Sam in the process.

The stakes are even higher now, fracturing the friendship between Beckman and the jaded Johnny. But with the pair mending fences at the start of the 66 Classic, can they team up to beat Hoot at his own game? 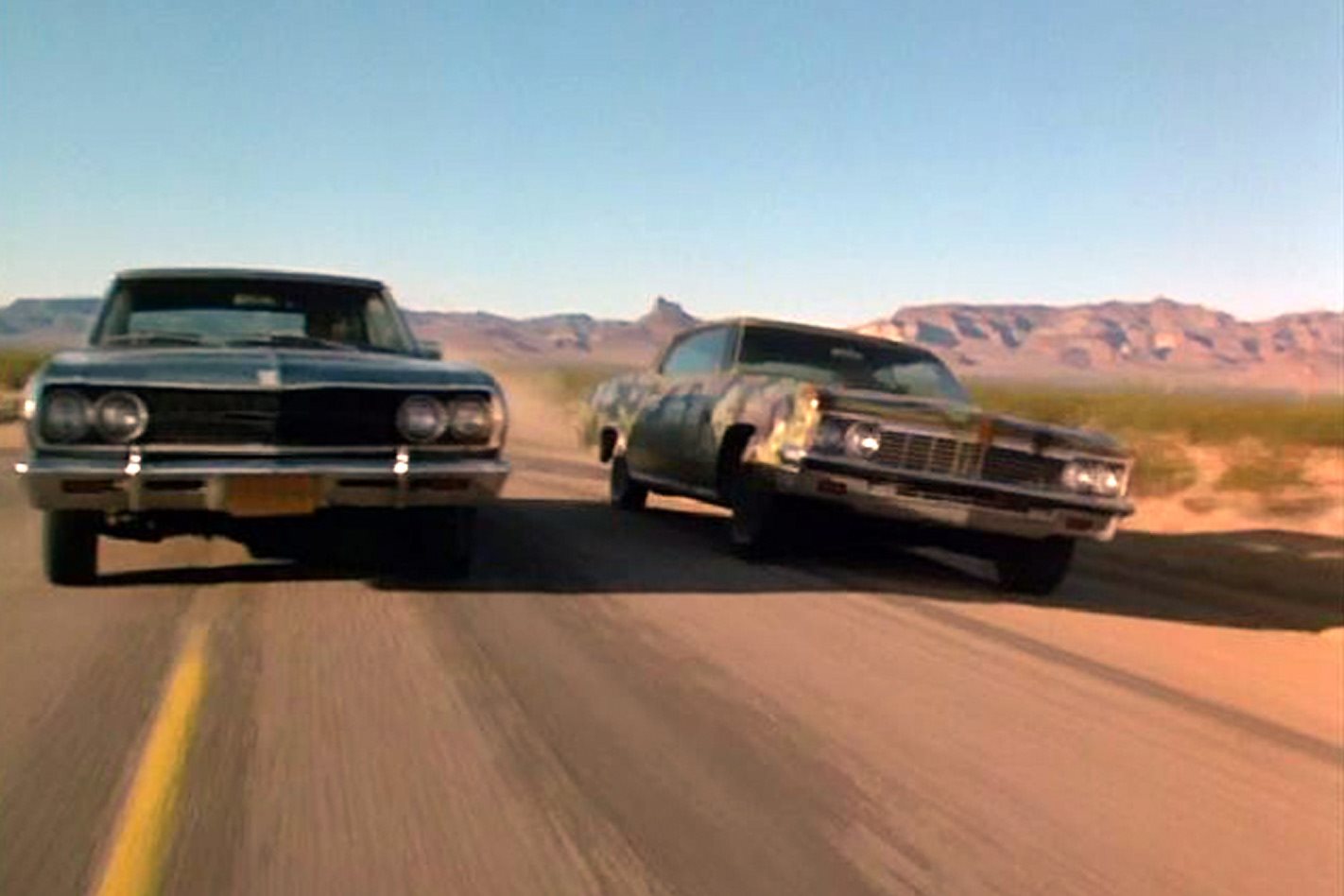 LOOK, Roadhouse 66 will never set the world on fire, but it’s an easy watch and offers a snapshot of both Reinhold and Dafoe at the infancy of their careers. Reinhold especially brings a daft innocence to his roles that I’ve always enjoyed. The cars make for some great eye candy; the townsfolk apparently own no rides newer than about 1973, which is a bonus. But the finale car chase is rather slow and predictable, the lacklustre stunts and driving sequences near-wholly devoid of that raw element that us gearheads crave. 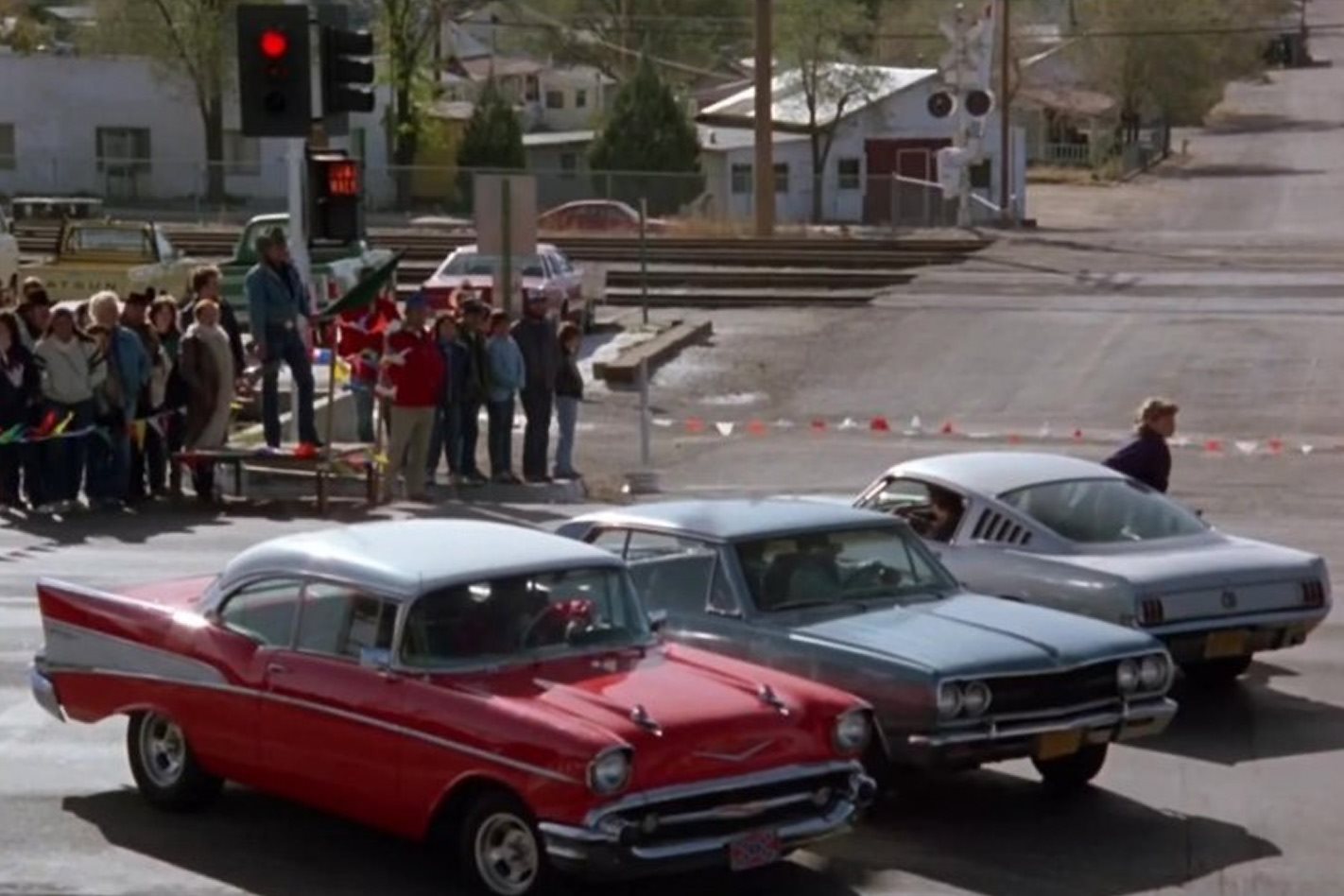 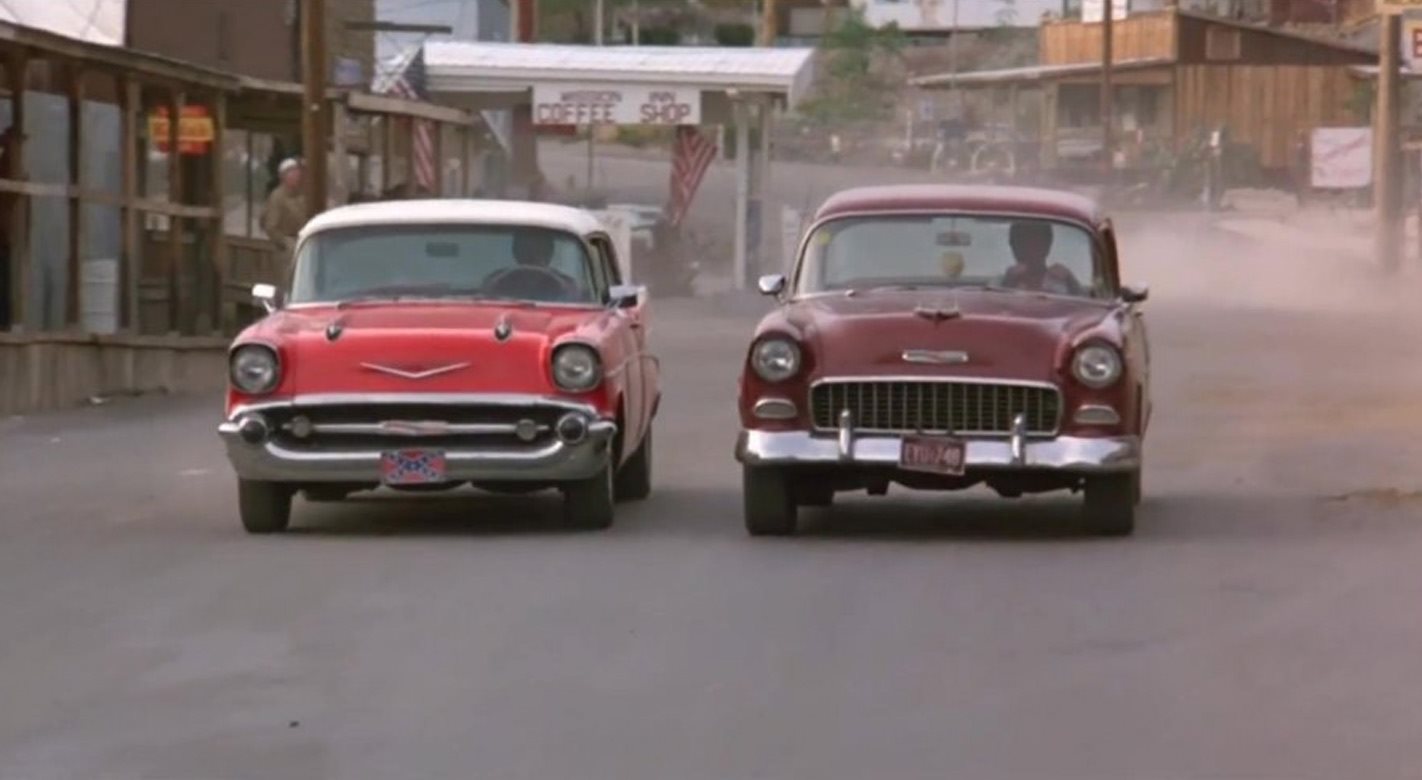 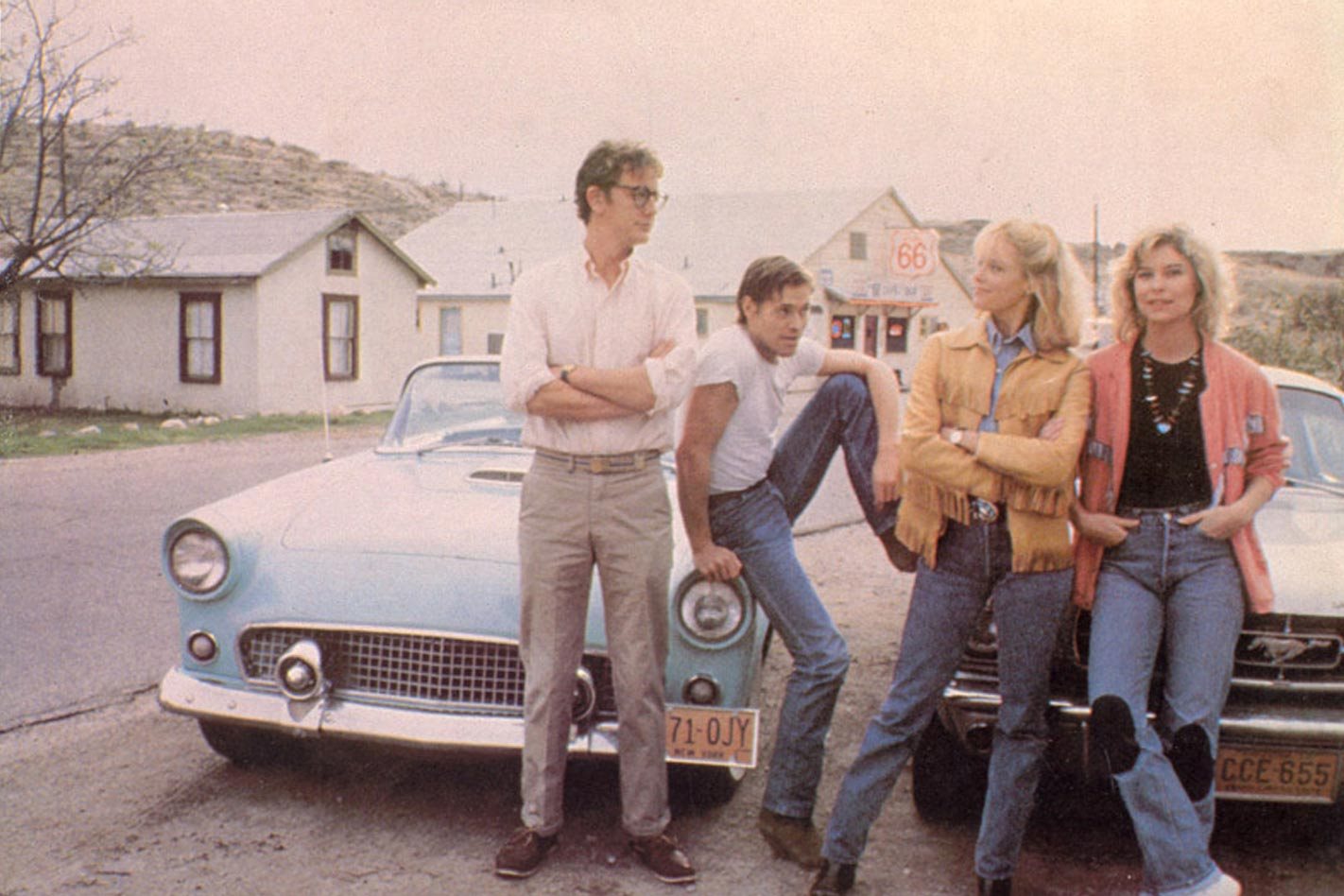 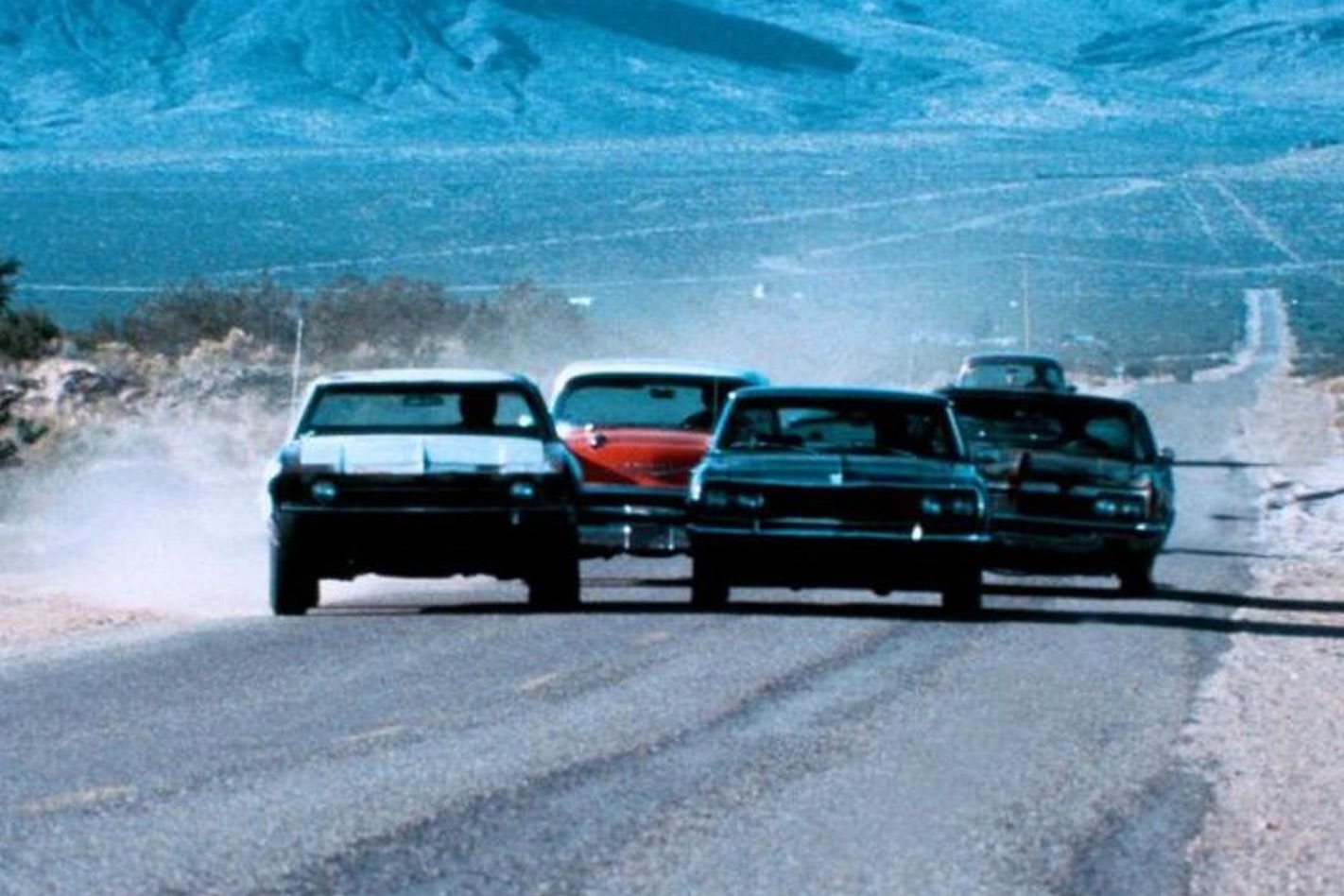 Roadhouse 66 was based on the early-1960s ‘buddy’ TV show Route 66, and the closing scenes of the movie use the Route 66 theme song as a nod to its inspiration.