QUICK! Sit down, take a deep breath and tell yourself you are not hallucinating and you’re actually okay. Repeat several times if it makes you feel better. Now, take another long, hard look at Rod Hadfield’s 500hp, twin-supercharger, Boss 429-engined 1919 Ford Model T Coupe. This time you can gawk knowing your last drink wasn’t spiked. A universe away from the Model Ts paraded by the tweed-cap vintage and veteran parade, Hadfield’s car is totally unique, totally wild – and more besides. It’s sort of Ed Roth fantasy hot rod meets Troy Trepanier build quality in an ultra show car that actually goes, and goes hard. In his own words, Hadfield’s car is “extremely radical”. Coming from such an icon of modified cars, that’s really saying something. “I wanted to build the car for the pure challenge of doing something completely different,” he says.

“I wanted to build the finest example of Henry Ford’s milestone car matched to the Boss 429, the engine I consider to be Ford’s crowning success. After years of going to swap meets, working in cold sheds and imagining what this car could be, I feel like the weight of the world has come off my shoulders now it’s finished.” Why the twin superchargers? “The Americans chop their Model Ts to bring the rooflines down to get the proportions to match their motors,” Hadfield says. “I wanted to keep the roofline original and raise the engine parts to match the high roof.”

Hadfield unleashed his awesome car at Summernats 11 after a 26-year rebuild. “I can show you drawings of this car I did when I was 21 and just starting on it. The concept is unchanged – twin blowers, shotgun engine, the lot.” In terms of man-hours alone it’s arguably one of Australia’s most expensive cars. And, as you can probably imagine if you weren’t there in Canberra, it tipped Summernats on its ear. An easy Top 10 placegetter and winner of another four trophies including Top Engine Bay, Hadfield’s car floored some people and left others completely dumbfounded. 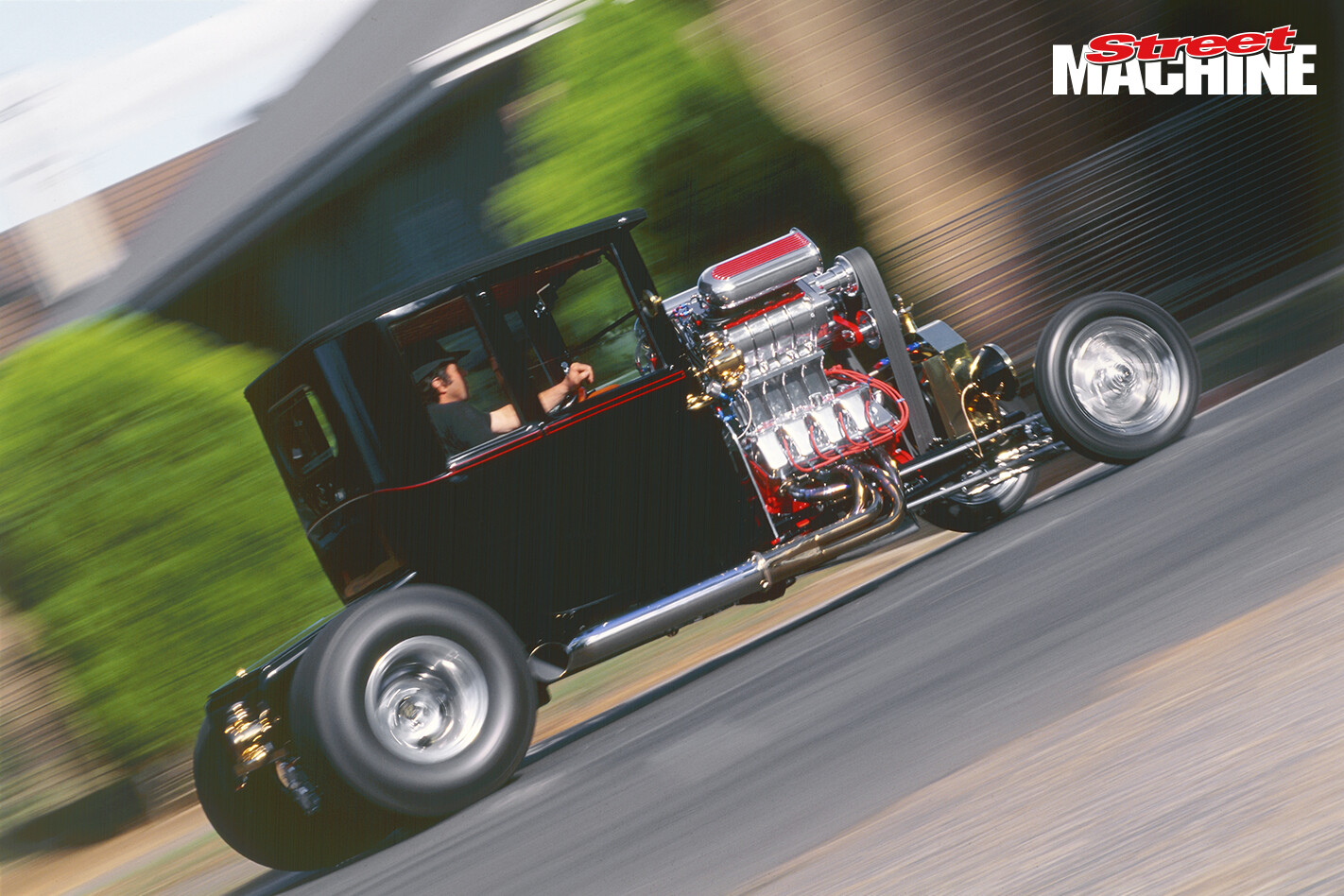 “I was surprised at how many grown men didn’t know what they were looking at,” Hadfield says. “I had a bloke come up to me and ask, ‘Has that got two blowers on it?’ and ‘What sort of motor’s in it?’.  The car went over a lot of people’s heads.”

After his Summernats trophy triumph, Hadfield took his Grandma Duck – so called because Donald Duck’s grandmother drove one in the cartoons – to the Melbourne Hot Rod Show, where it romped Top Coupe and took a Top Five plate. It’s also since wowed crowds at local charity car shows and was on display at the ’98 Brisbane and Adelaide hot rod shows. 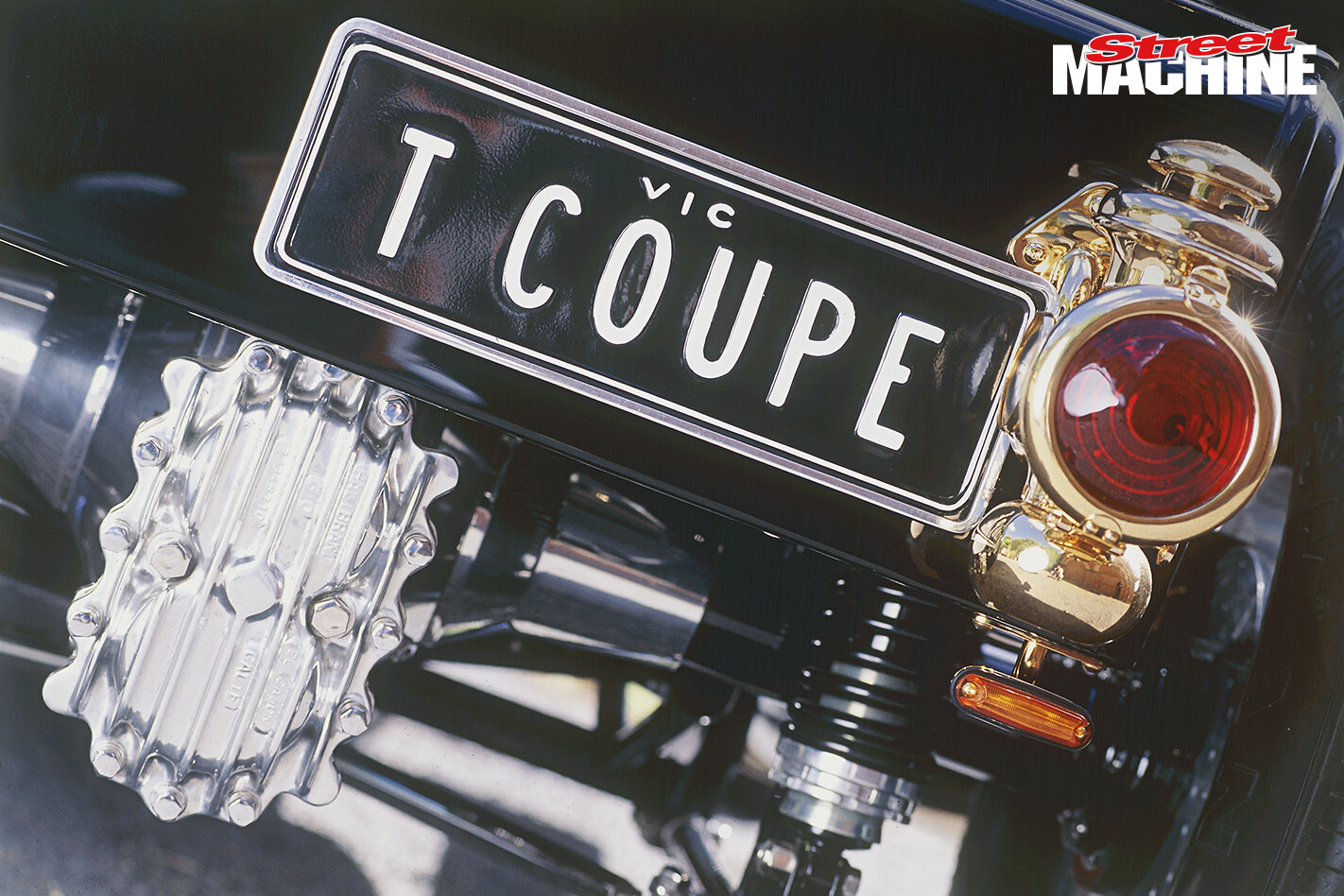 The certified 500 horsepower pumped out by the twin-blown Boss in even streetable trim was a major bonus. As you can see from his car, Hadfield doesn’t do things by halves. His rural Victorian Castlemaine Rod Shop is one of Australia’s largest manufacturers and retailers of modified car parts. His own custom and race cars – 18 of which are housed in the museum at CRS’s ultra-modern headquarters – are legendary in their own right.

So too are Hadfield’s Australian land-speed-record runs. In March 1998 he ran 212mph in his 1200hp ’53 Studebaker to set a new Australian blown gas coupe land speed record. In August, the Castlemaine man became one of only three Australians to run at Bonneville’s 50th anniversary meet.

Grandma Duck benefits from Rod’s competition background. “It’s built on a tubular Funny Car-type chassis with American drag-race technology,” Hadfield says. “There’s not a single wire or brake pipe showing anywhere. It’s all integrated into the chassis. “Every nut and bolt is stainless steel. Many accessories, like the carriage lamps, are 18-carat gold plated. And the engine itself is very impressive.” Again, coming from Hadfield that’s high praise. 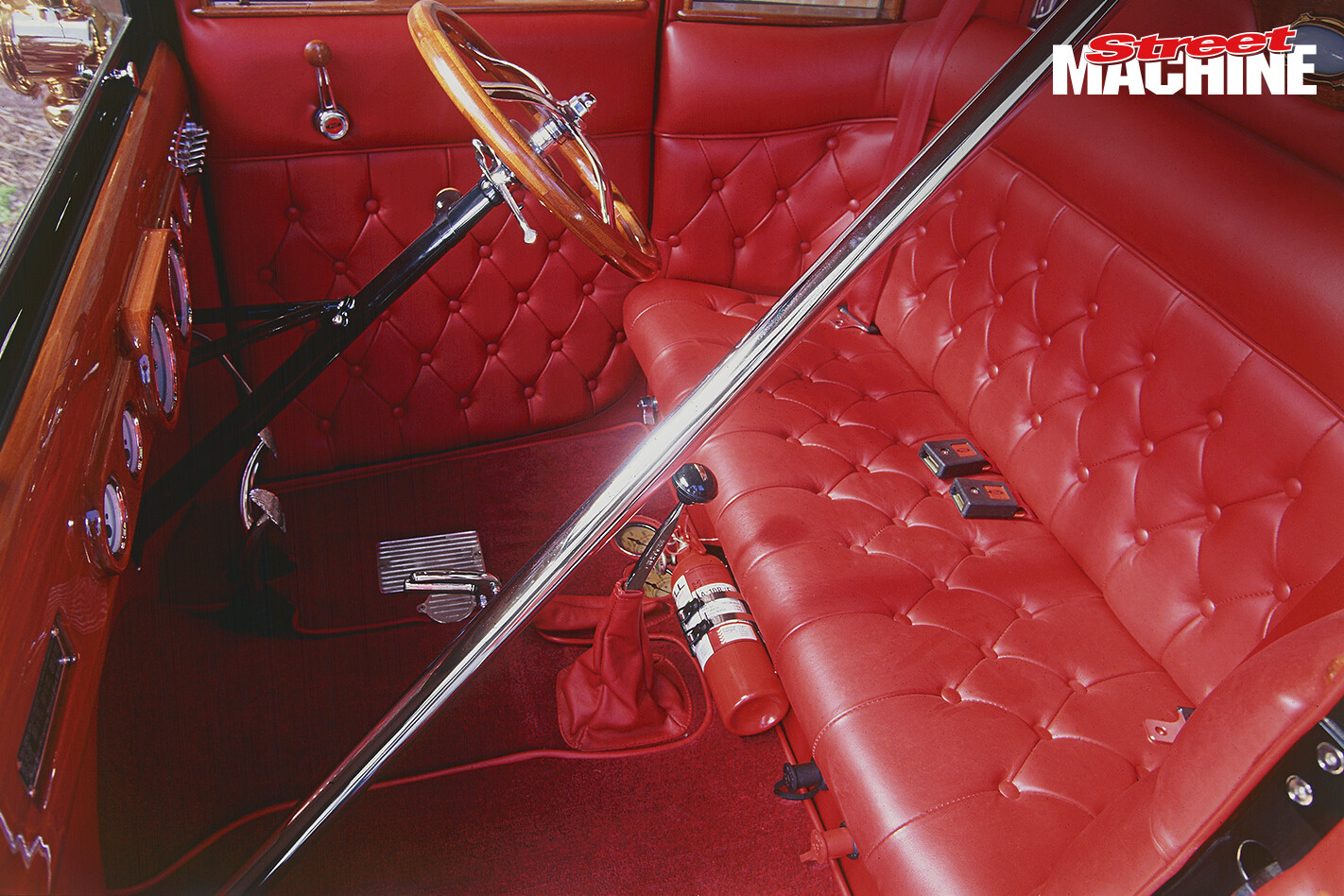 The Boss 429 is an extremely rare genuine item Hadfield bought from Ford’s Holman and Moody US special vehicle division when, as legend has it, a lethal combination of big insurance companies and Congress killed the engine in 1970 – just as our Aussie supercars were killed off a couple of years later. Hadfield retained the special bore and stroke. The monster now runs 7:1 compression pistons, those two thumping 6/71 blowers and EFI. Because of that it starts first time too, and according to Hadfield it’ll go all day, open road or traffic jam.

It sounds incredible. Rather than being lumpy at idle, the big blown Boss’s blower drives whistle while the 429 throbs – there’s no other word for it. “When you’ve got that many cubes you don’t need a lumpy cam,” Hadfield says. “It’s got so much power it doesn’t need to be lumpy. The cam is a Crane ground for blower use.” Henry Ford is quoted as saying the Model T comes in any colour “so long as it’s black”. Rod Hadfield’s Grandma Duck stays true to Henry’s rule, although it uses modern House of Kolor paints. “It’s a Henry Ford all right,” Hadfield says, “with red pinstriping.”

The interior’s also incredible: polished mahogany dash and door trims, red leather diamond-tuft upholstery with some 400 individually upholstered buttons. Hadfield doesn’t claim to have built Grandma Duck solo, although he put countless hours into it during those 26 years. He gives full credit to his Castlemaine Rod Shop’s staff who he says were involved in everything. He also credits Gavin Hill of Bendigo Trim for his superb first go at diamond tufting.

Outrageous hot rod or benchmark street machine? Rod Hadfield has an answer that puts it all into perspective. “In my opinion, every car is a street machine.” Now that’s a good attitude to have.