All the way from Eldred Hot Rod Shop in Pennsylvania, this slammed ’42 Chevy pickup stalks the streets of Darwin now

JESSE McMahon isn’t the kind of guy to take credit when credit isn’t due: “I did it the lazy man’s way. I’ve got a couple of old EHs and stuff that I’m slowly building up, but I got the shits with not having anything to drive around in. I was dead set on buying a pickup from the ’States and this one came up.” It was initially built as a shop truck for Eldred Hotrod Shop, so it’s not surprising that it was done to the highest standard as it was a bit of a rolling business card for them. 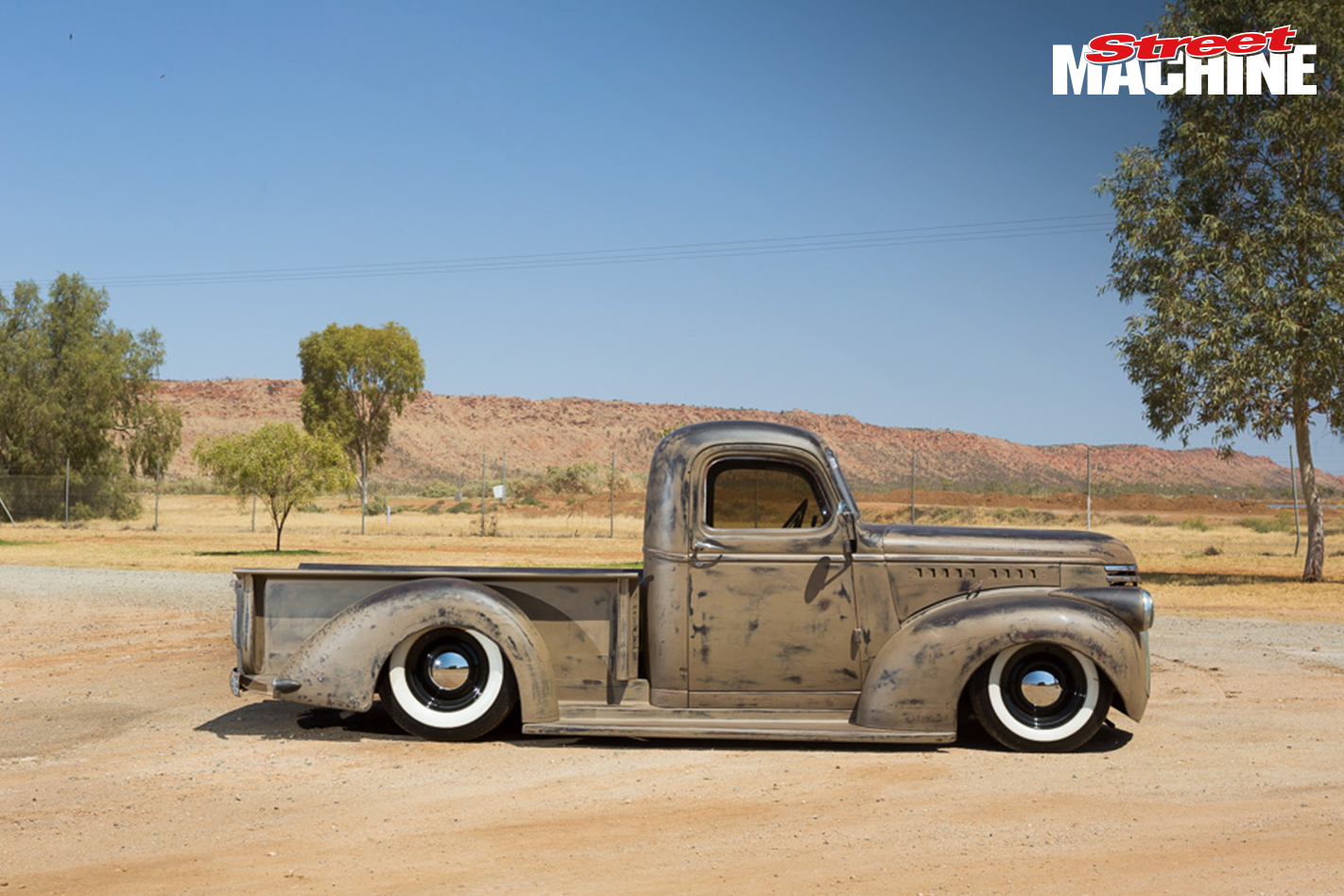 While it looks all ratty on the surface — more on that later — the chassis, driveline and interior has been fully detailed. Pop the hood and there’s a neat little 350 Chev, finned rocker covers, twin four-barrels and a pinstriped air cleaner. It’s not a massive powerhouse of an engine, but it makes all the right noises and sure looks the part. 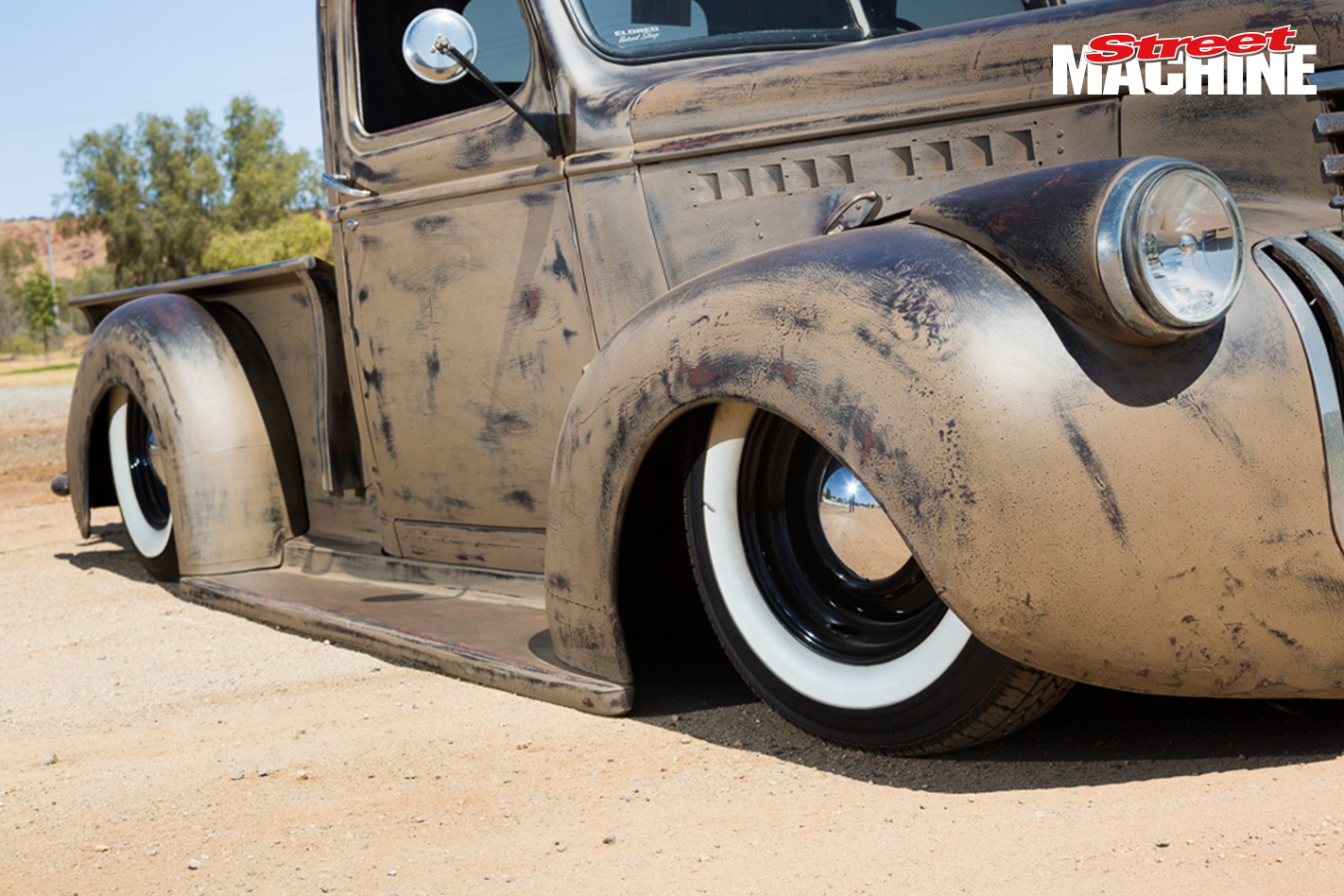 It’s the same when you open the door. It might look a bit spartan in there, with the full metal door skins and just a couple of carpet mats on the floor, but have a closer look and you’ll see the gloss paint on the dash and doors, rugged bed liner on the floors and a bench seat trimmed in leather. There’s a ’55 Chevy steering wheel and the gears are shifted via the column, not to some three-speed crash box, but a four-speed auto. Have a closer look and you can see the pedals and shifter handle that were custom made from hammer-toned brass. 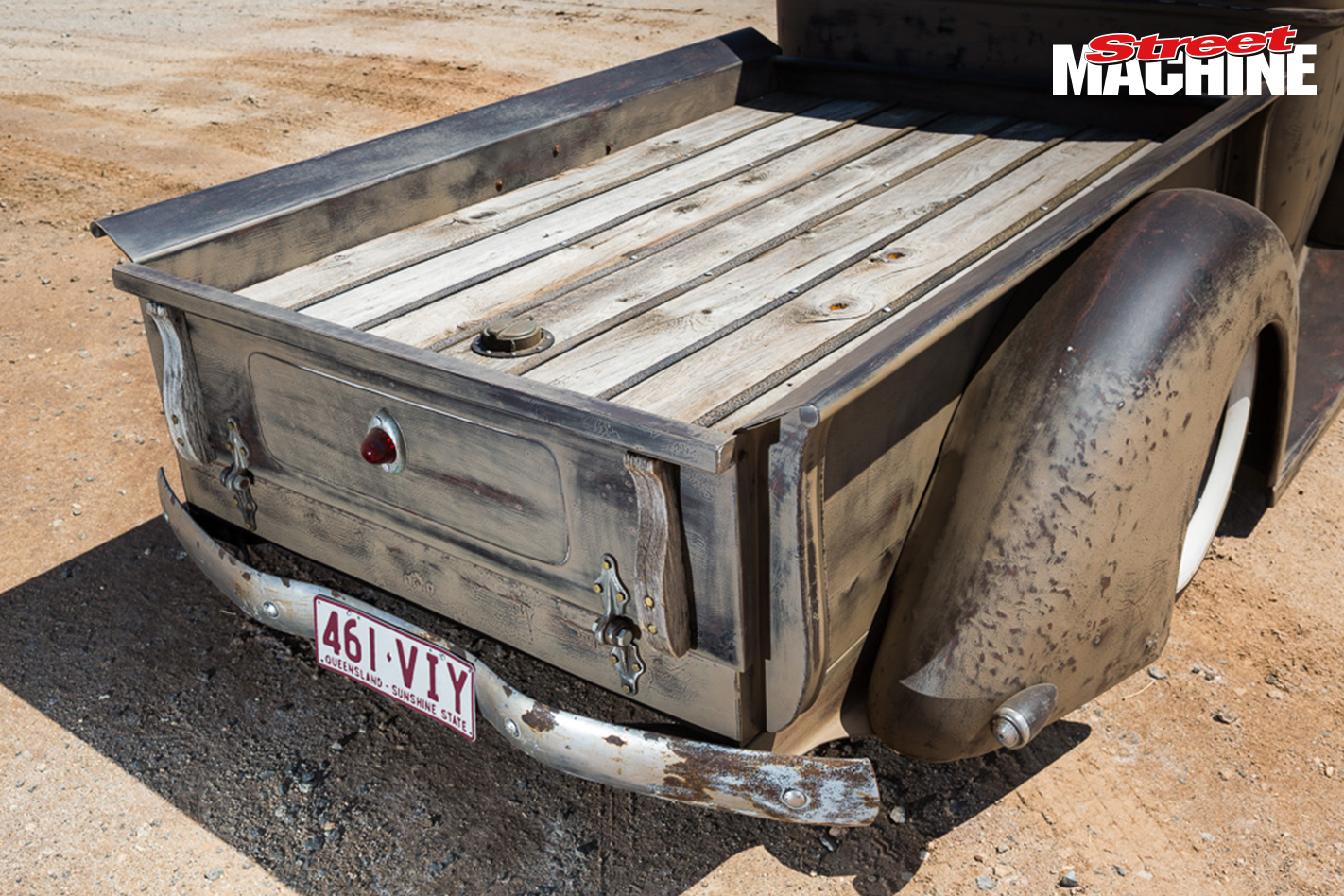 The chassis started off as an S10, but it’s been cut and shut a bit to get the ride just right — just right being decided by when the running boards hit the ground. As impressive as that stance is, there is a little trickery involved. With the chassis laid out, the running boards were positioned and then the fenders were lengthened to suit. It’s fairly plain to see as the welds were not finished off, lending even more character to the patina’d finish. “On a flat concrete surface, with the airbags all the way down, the mounts for the running boards sit about 1mm off the ground,” Jesse says. 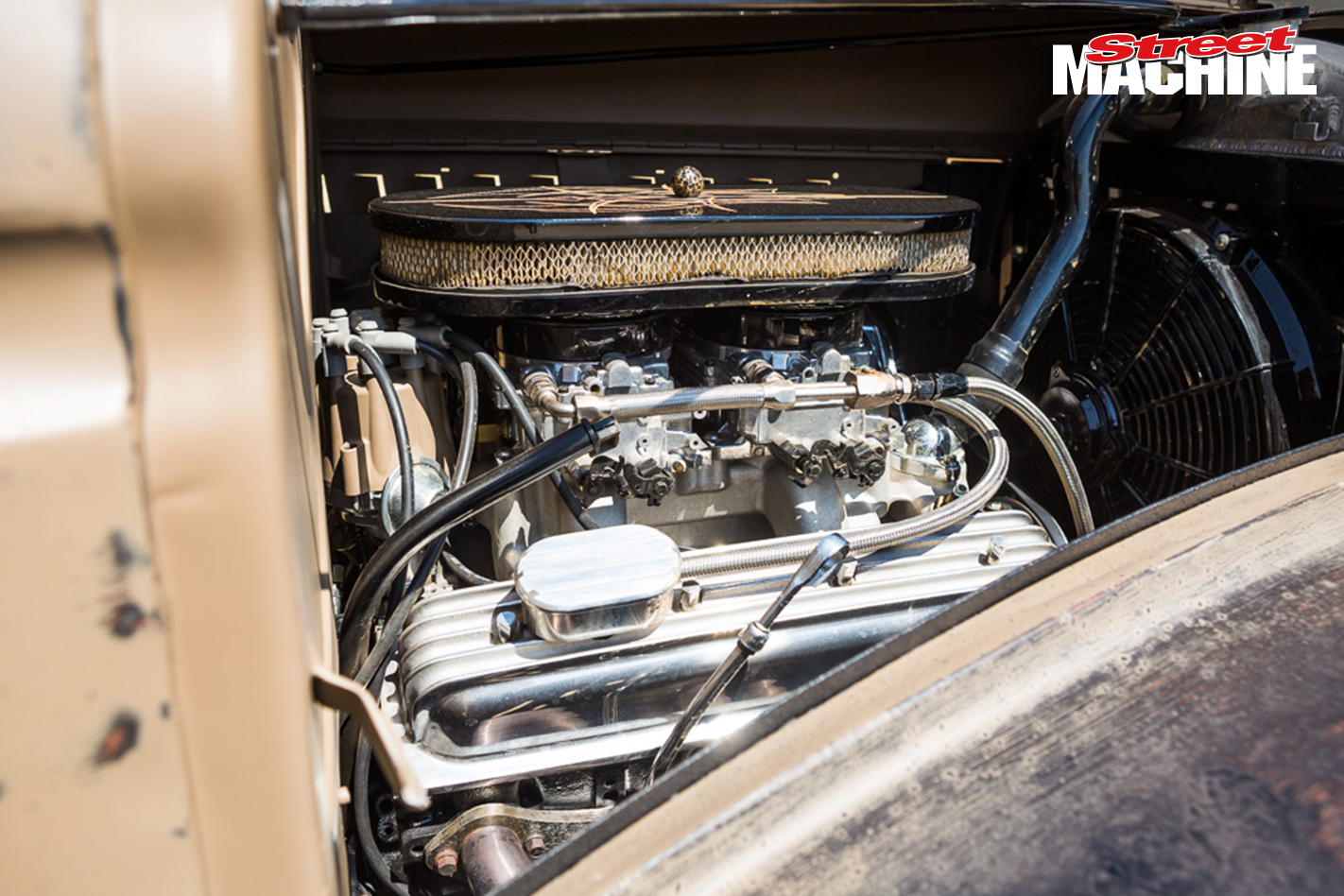 As I mentioned earlier, it might look a bit rough, but it’s a complete fabrication — and I must admit, it had me fooled, for a little while at least. The entire body was stripped back and repaired where necessary, but some of the dents were left in. The painter then spent around 400 hours getting the finish just right, building up the finish with several layers of paint which were then rubbed through on all the parts where you’d expect to see the paint wear out over time. 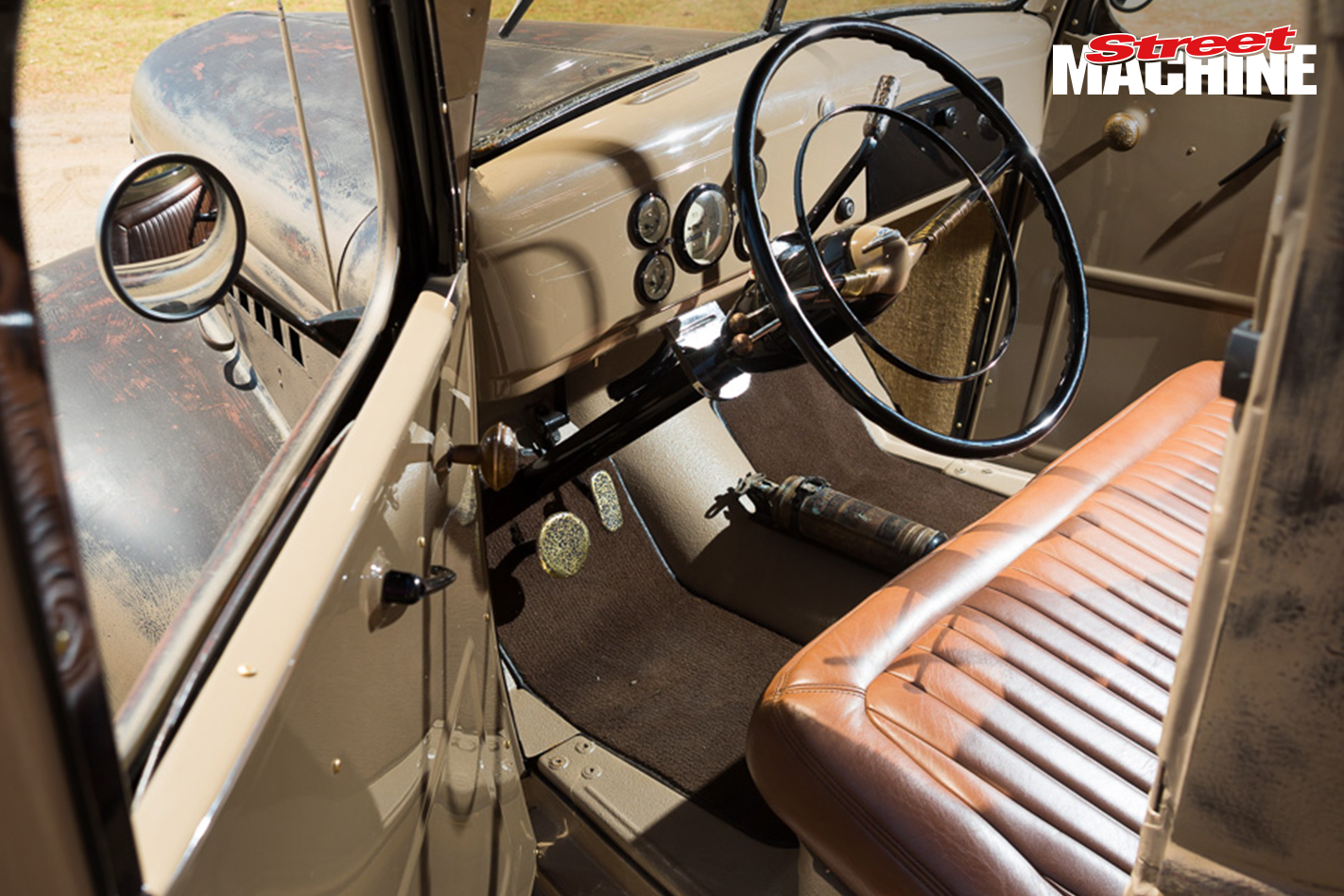 It’s a cool looking truck and there are a bunch of really neat details on it. If you make it to the Red CentreNATS in 2016, make sure you check it out. Jesse will be there this time as he couldn’t make it in 2015. Thankfully, he was kind enough to let good mate Nichlas Livsey cruise around in it, and we’re glad he did. 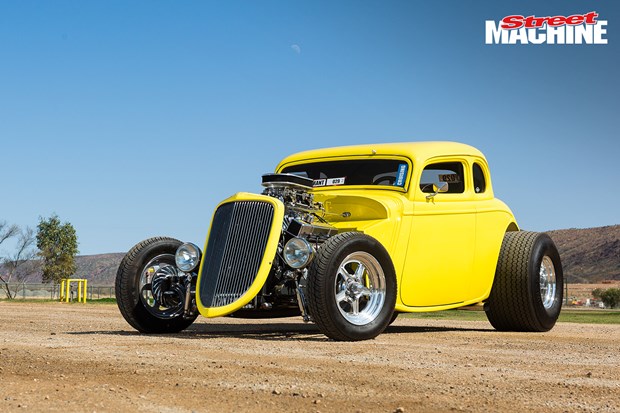 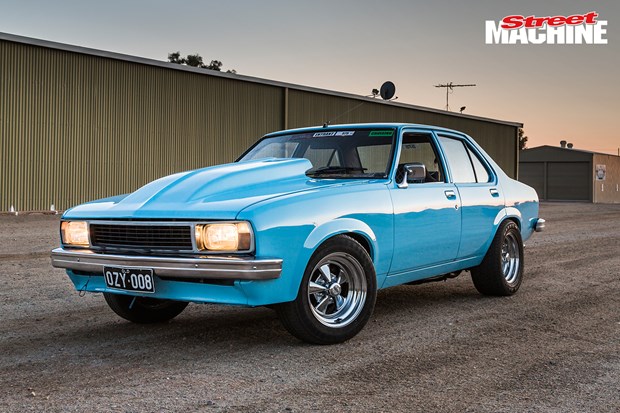