Found in a West Wyalong paddock on its belly and without wheels, Ryan O'Hara's mutant Morris J2 ute 'The Slug' has been reinvented as a Summernats fun machine YOU gotta wonder what our Pommy mates were thinking when they designed the Morris J2. The scurry-around-London delivery van’s lower flanks flare-out below the window line. The overall effect is like a big girl’s skirt covering the wheels. Kinda silly, but when you’ve slammed one to the level Ryan O’Hara from Uranquinty (in southern NSW) has with this hundred-dollar paddock-find, it’s more than kinda cool. Ryan, who appears to be a perfectly normal bloke – he also owns a couple of Toranas – admits to having previously owned a similarly Pommy Commer van in the past. That, in a roundabout way, is the reason he owns this one now. 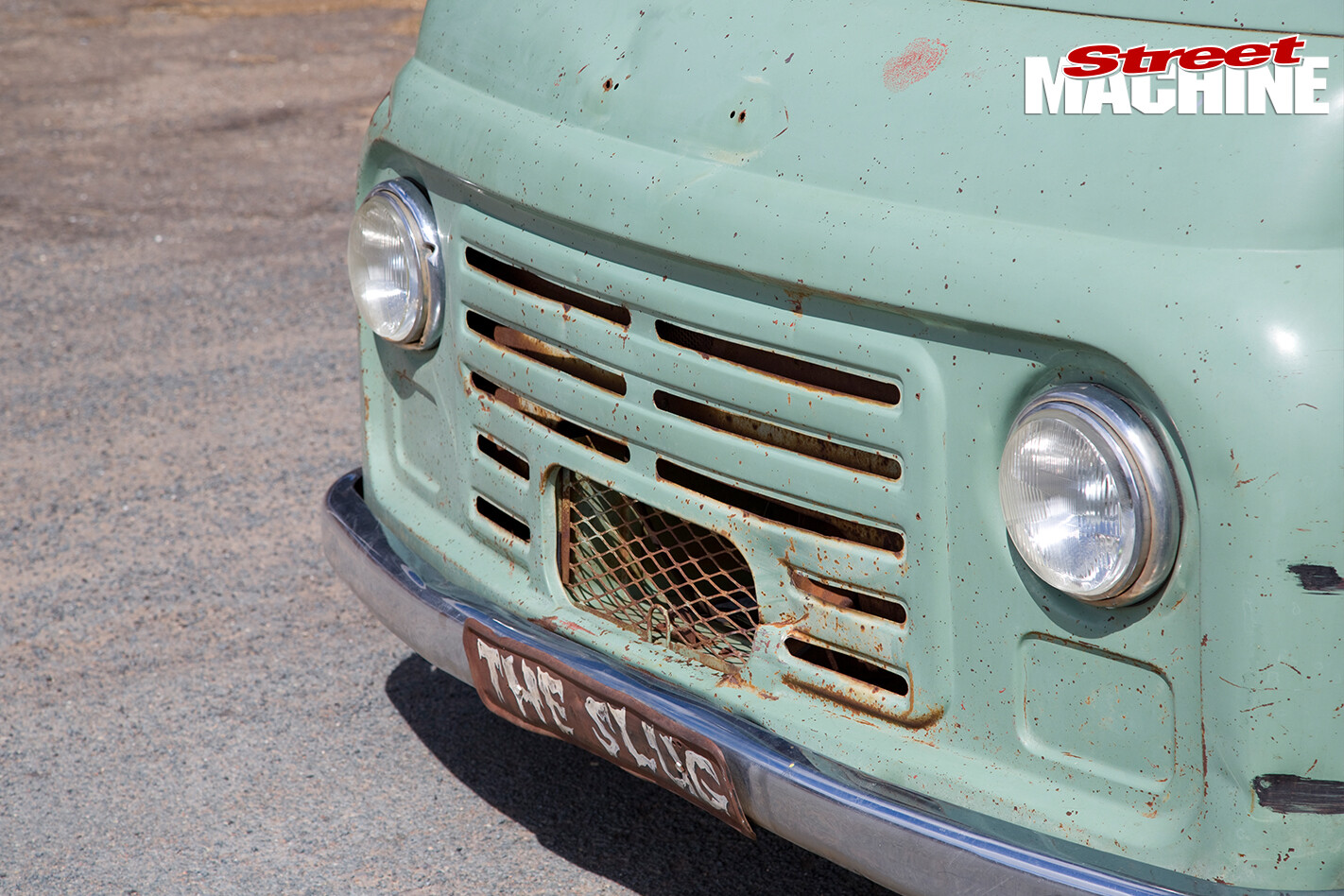 “I needed some spare parts and a mate, Mark Taylor, knew where this one was through some family connections,” says Ryan. “It was sitting in a paddock out at West Wyalong on its belly without any wheels. We needed a tractor with bale forks to pick it up. The farmer wanted it gone for scrap value – one hundred dollars.” Already hacked from a van/bus into a ute to carry bales of hay, Ryan intended to make the Aussie-built Morris into a street-legal fun machine powered by a factory supercharged Commodore Ecotec 3.8-litre V6.

“But when I looked into all the rules and put it up on the hoist, I thought, ‘Naaahhh…’” he says. “There was a fair bit of work to be done. 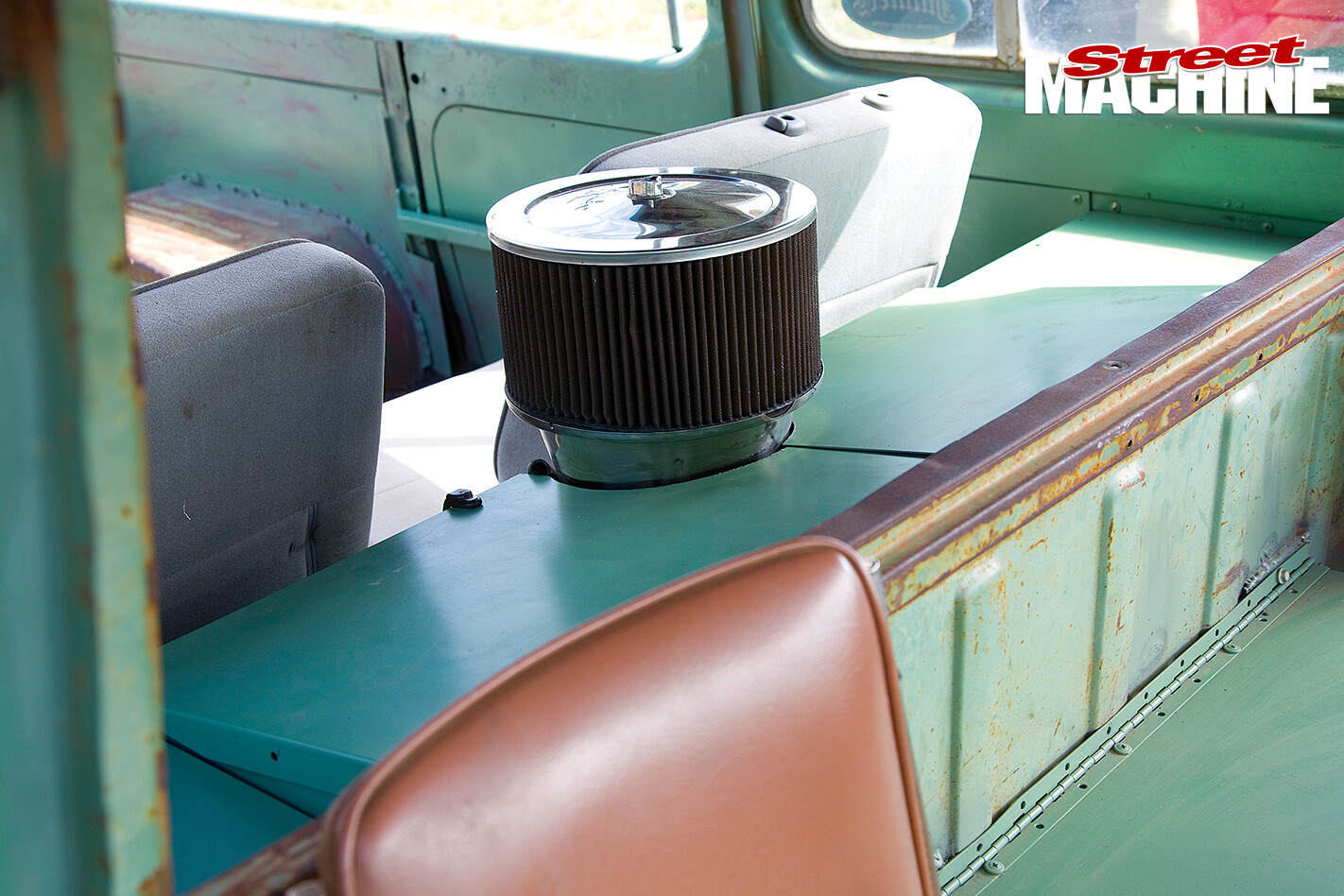 “So now it’s just a cruiser and skid car. I have to trailer it but it’s 90 percent of the fun for a quarter of the cost.

“It doesn’t owe me much except lots of hours in the shed.” Even though plans had changed, Ryan’s intended road-legal supercharged V6 remained. One part of the piddling little original four-cylinder remains, too: its cooling fan is now the centre of the steering wheel! 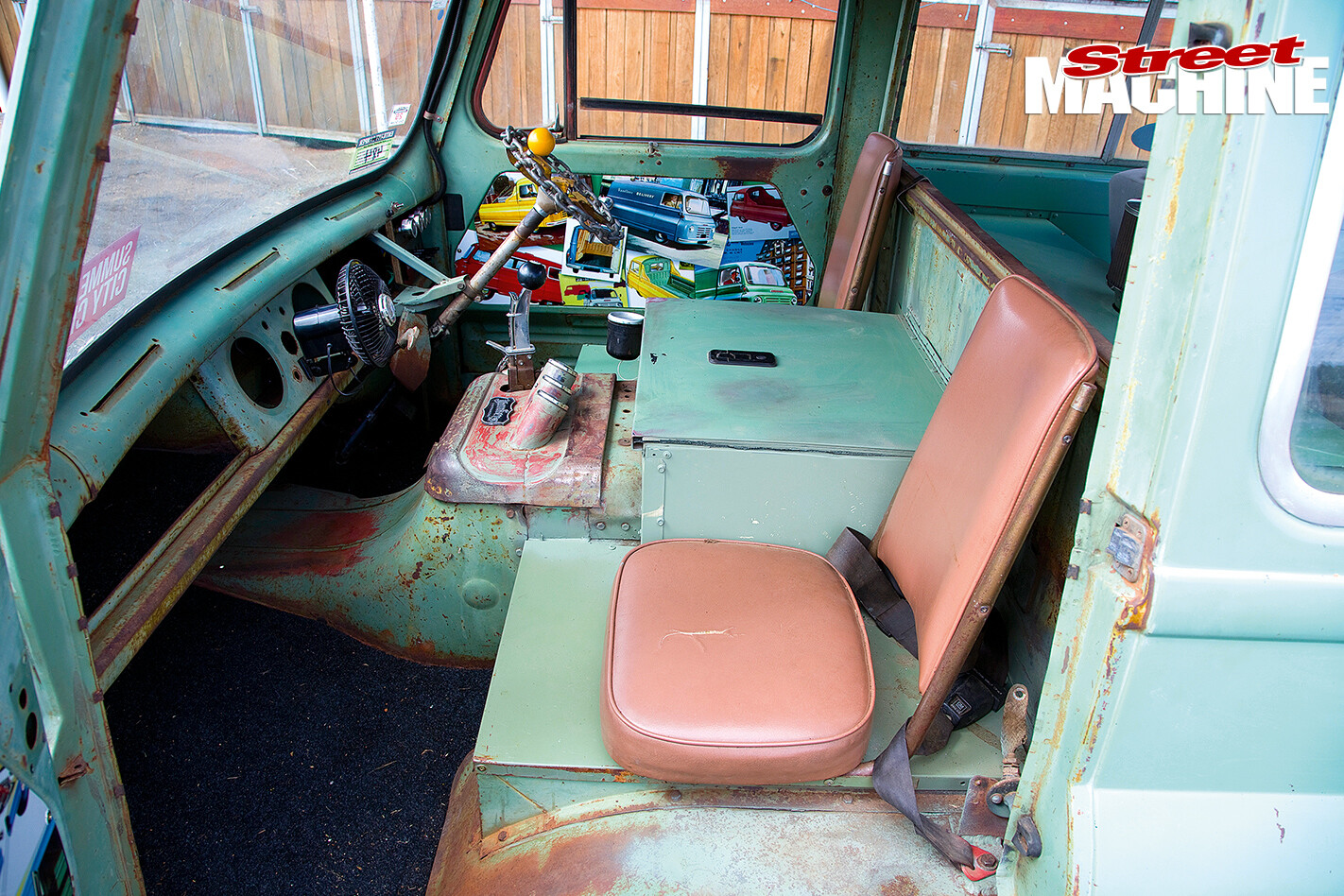 The driveline was installed after Ryan replaced the badly rusted middle section of the sills and boxed-in the original U-section chassis rails. With no rego rules to regard, he retained much of the less-serious surface rust and blended the necessary repairs into the paddocky patina. 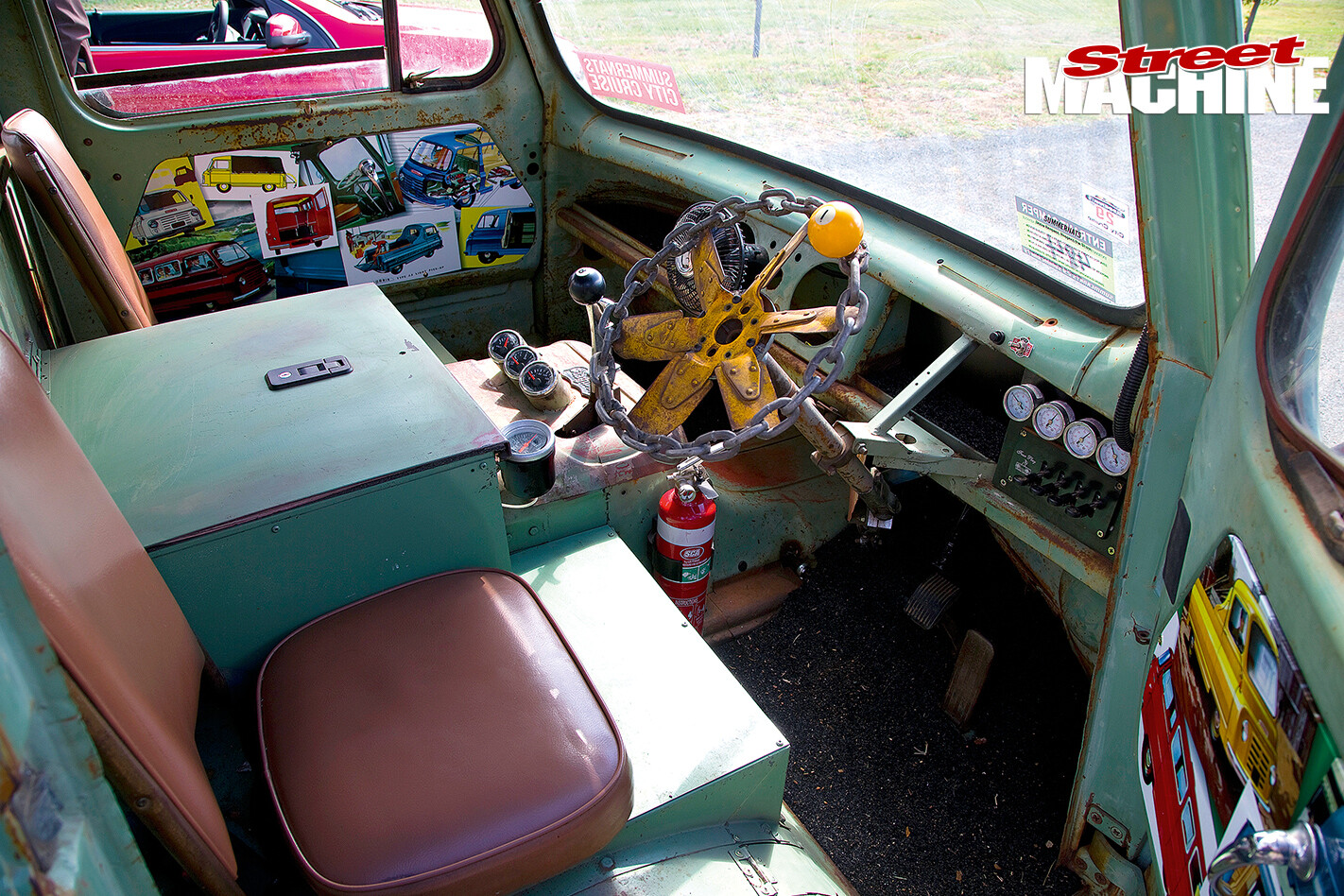 The engine has been tweaked with a few bolt-ons such as higher-lift rockers, a fabricated exhaust (of course) and a cleanup of the intake with a ported blower end housing and removal of the Commodore’s U-shaped throttle-body mount. Power is around 220kW at the treads – not bad for one of these puffed V6s – and it’s backed by the standard four-speed self-shifter. 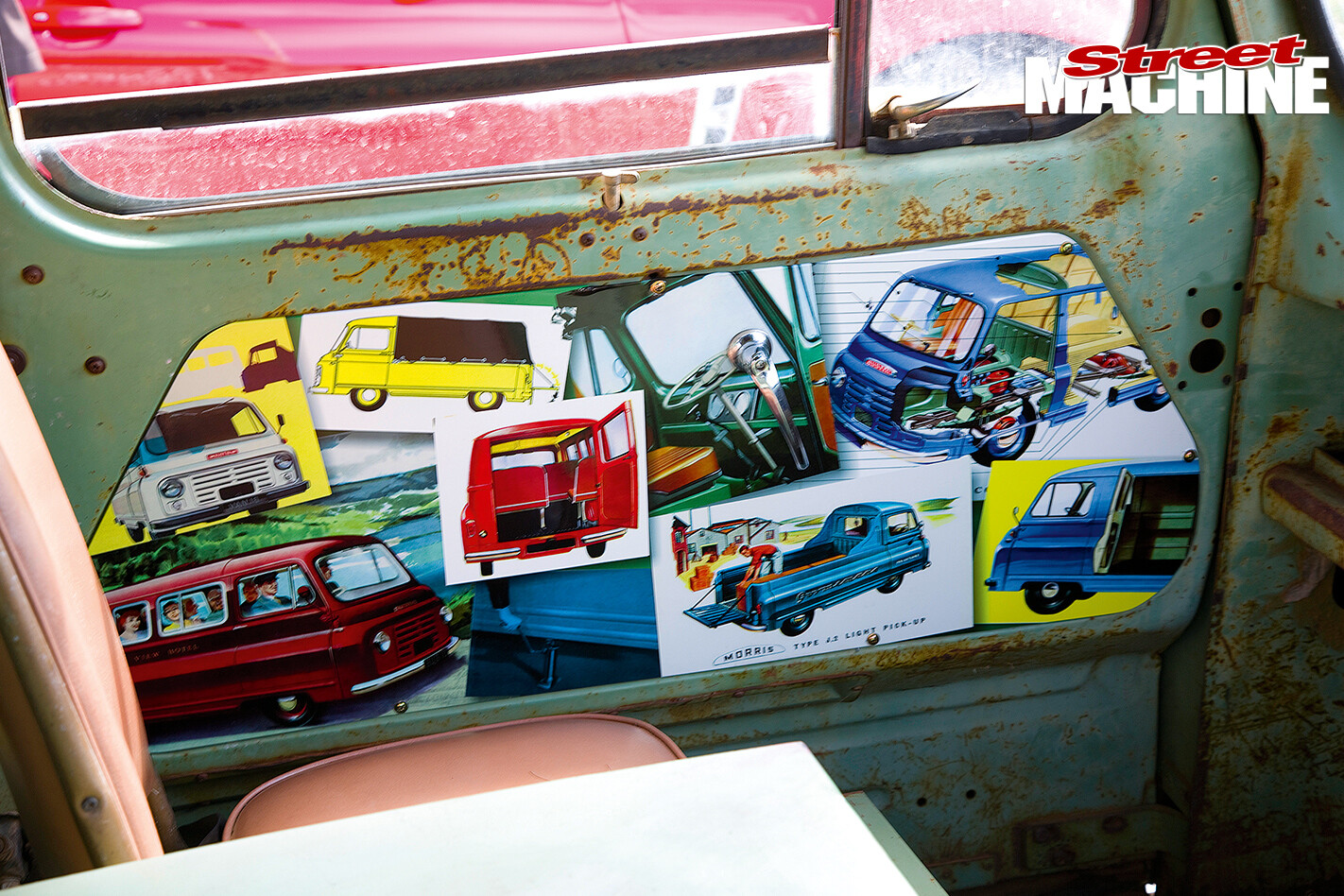 Those rear-wheel tubs are the Morris originals; Ryan has lifted them along with most of the load area floor to allow it to settle almost at ground level over its air-bag suspension.

The stock tin tubs are little more than half-filled, with tyres mounted on ex-Commodore rims. But as Ryan explains, changing them after he pops them is a challenge. 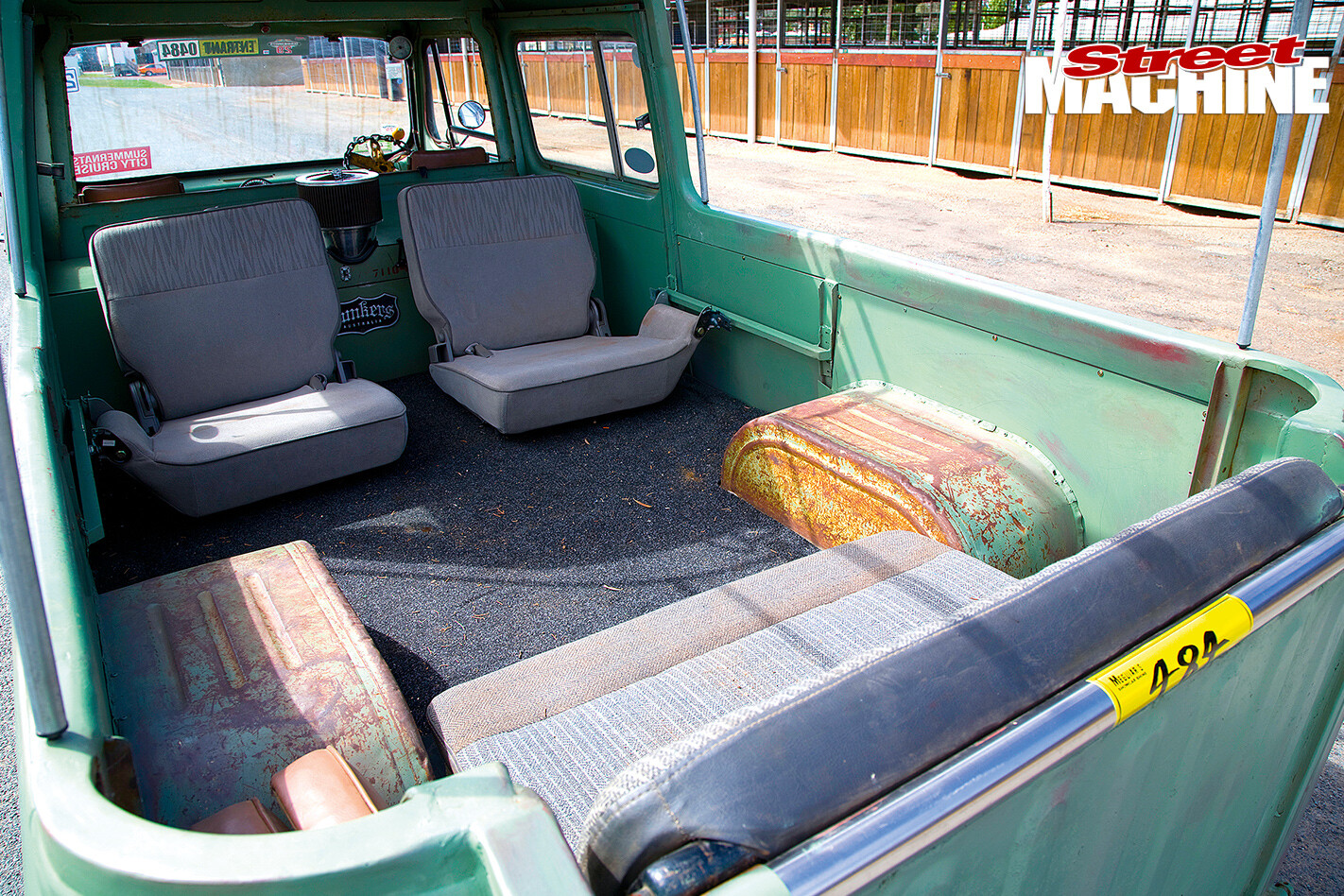 “I’ve got this mount under here,” he says, pointing to where a tow bar would be. “I jack it up with a 4WD high-lift jack, then put a stand under one end of the axle and let the jack down; that forces the other-side tyre down so I can just get it out from under the guard. 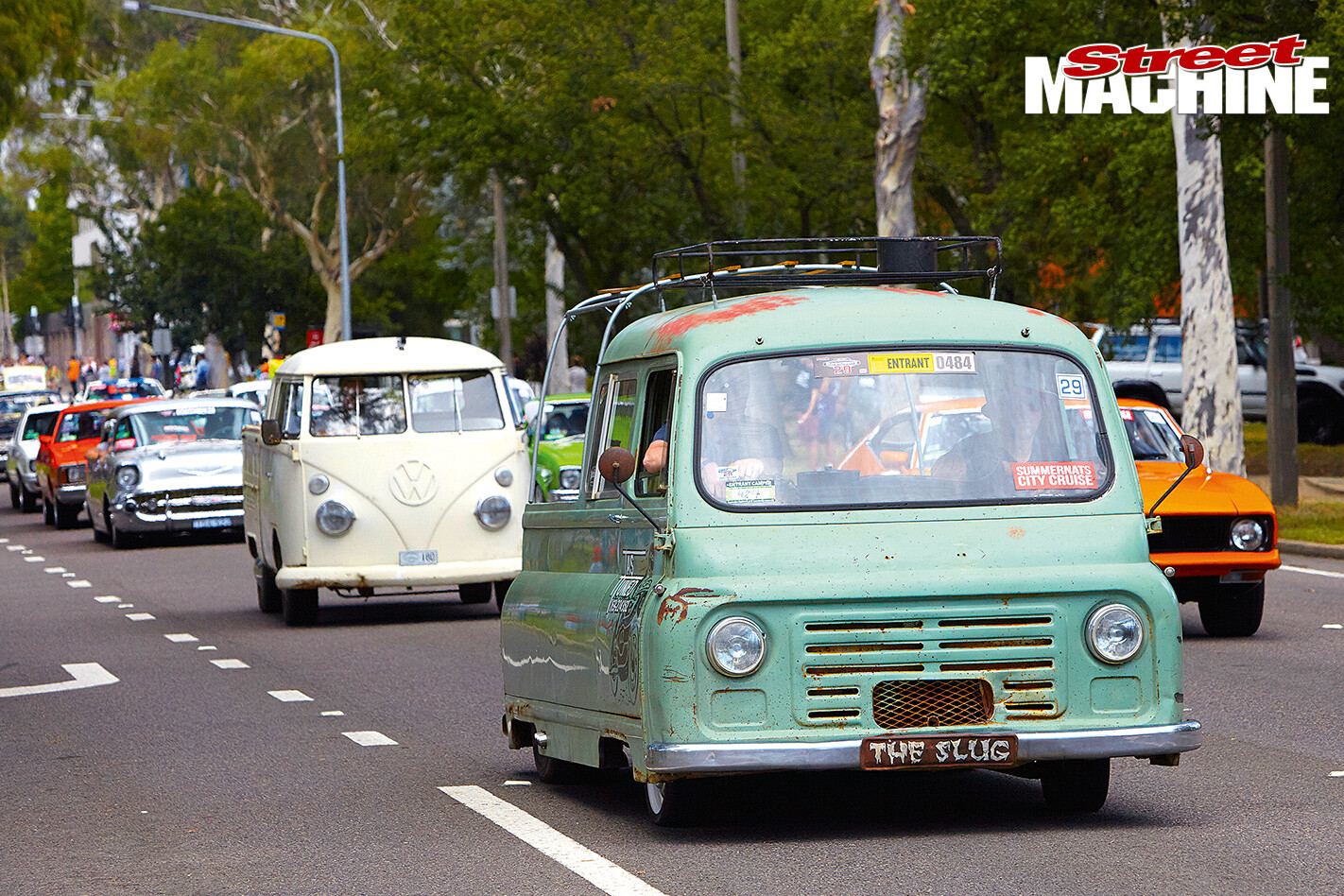 The entertainment value of The Slug is beyond measure. Bang for bang and buck for buck, you’d have to go a long way to beat it. Check out The Slug in action this weekend at the Deniliquin Cruising Nationals.