We unlock the secrets of Chrysler’s Hemi six cylinder head

ANY performance guru will tell you that cams, carbies and exhaust will only get you so far. To unlock the real power potential of any engine, you need to get down and dirty with the cylinder heads, or in the case of our Hemi six, it’s head – singular.

We’ve been banging away on this Hemi six for a couple of months now and we reckon it’s about time we looked at the head to see what we need to get the most out of our 265 engine. 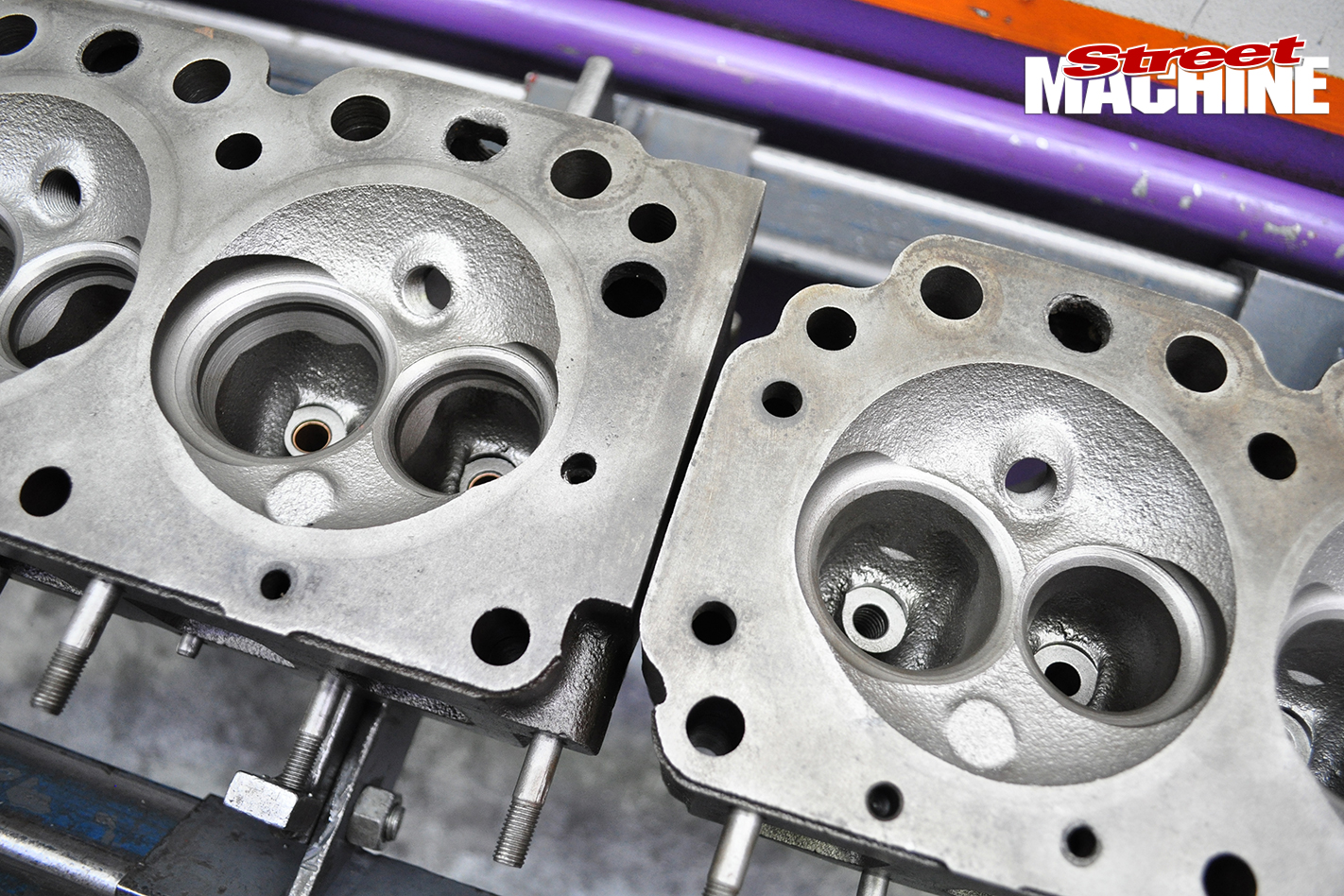 Here’s the 265 and 245 (left) heads side by side. You can clearly see the 245 head has a smaller combustion chamber. Even though our 245 had been modified to suit 265 valves, it couldn’t match the flow of the factory 265 head

Three heads, you ask? We took a stock 245 head, a stock 265 head, but also a 245 head with 265 valves. This used to be the trick back in the day. You see, the 245 head has a smaller combustion chamber, so bolting one onto a 265 gave you an instant boost in compression. But the smaller valves hurt the flow, so plenty of bucks-down racers filled 245 heads with the bigger valves to get the extra flow back while still bumping the compression up. At least, that was the theory. So we thought we’d don our Mythbusters hats and see what was what. 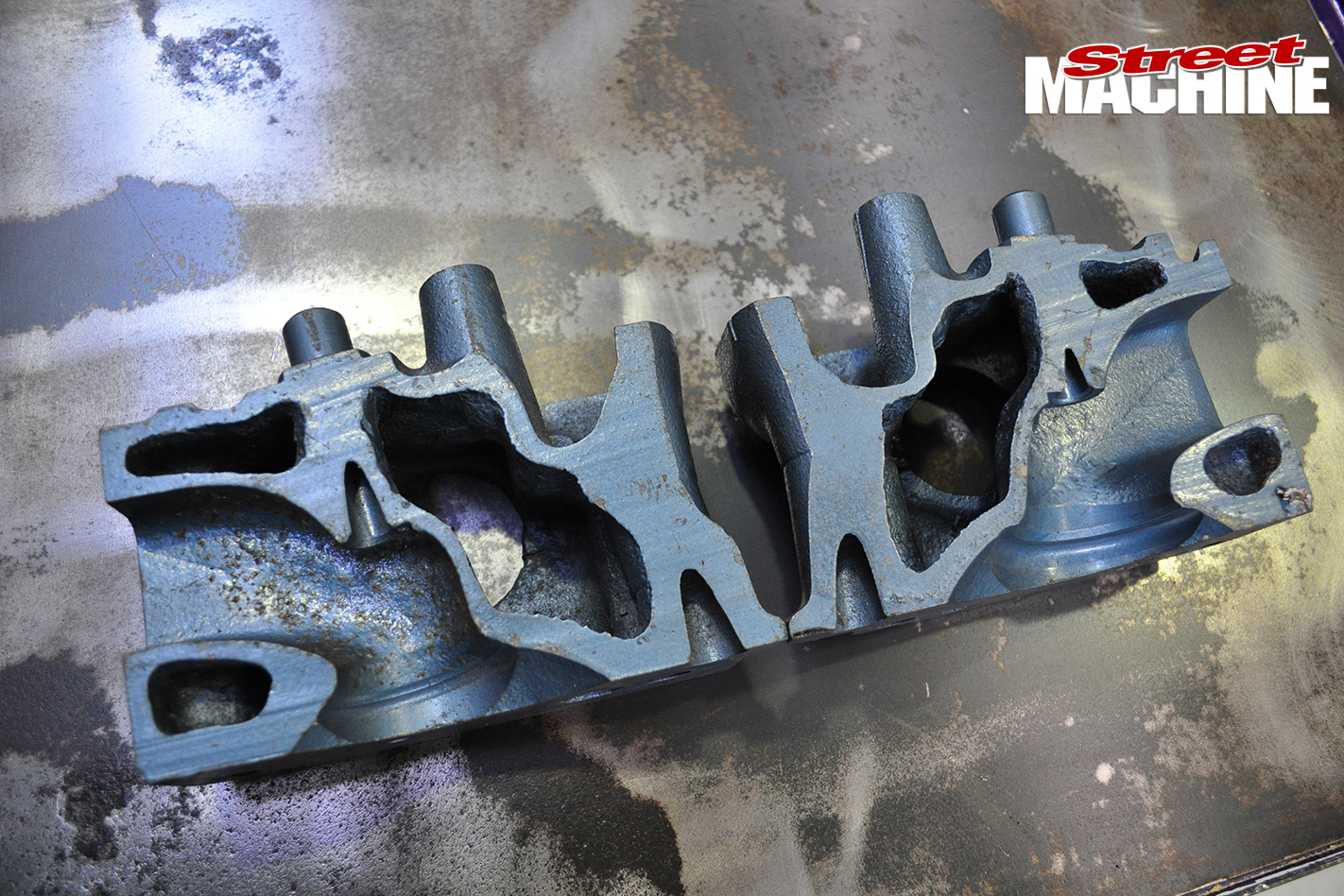 First up, the guys stripped and cleaned the heads, and with every skerrick of oil and grime removed we headed to the flowbench. Johnny’s SuperFlow SF-1020 Probench is a wicked bit of gear. It makes flowing multiple heads in quick succession a breeze, and a couple of things became immediately clear. Firstly, putting 265 valves in an otherwise stock 245 head was a waste of time, because of the narrow port throat behind the valves. The flow difference between the stock 245 head and just throwing 265 valves in there without opening the port throat wasn’t worth talking about.

On the other hand, the stock 265 head flowed quite well, with an average of 14cfm more than the 245 all the way across the curve. But it had its own problems. 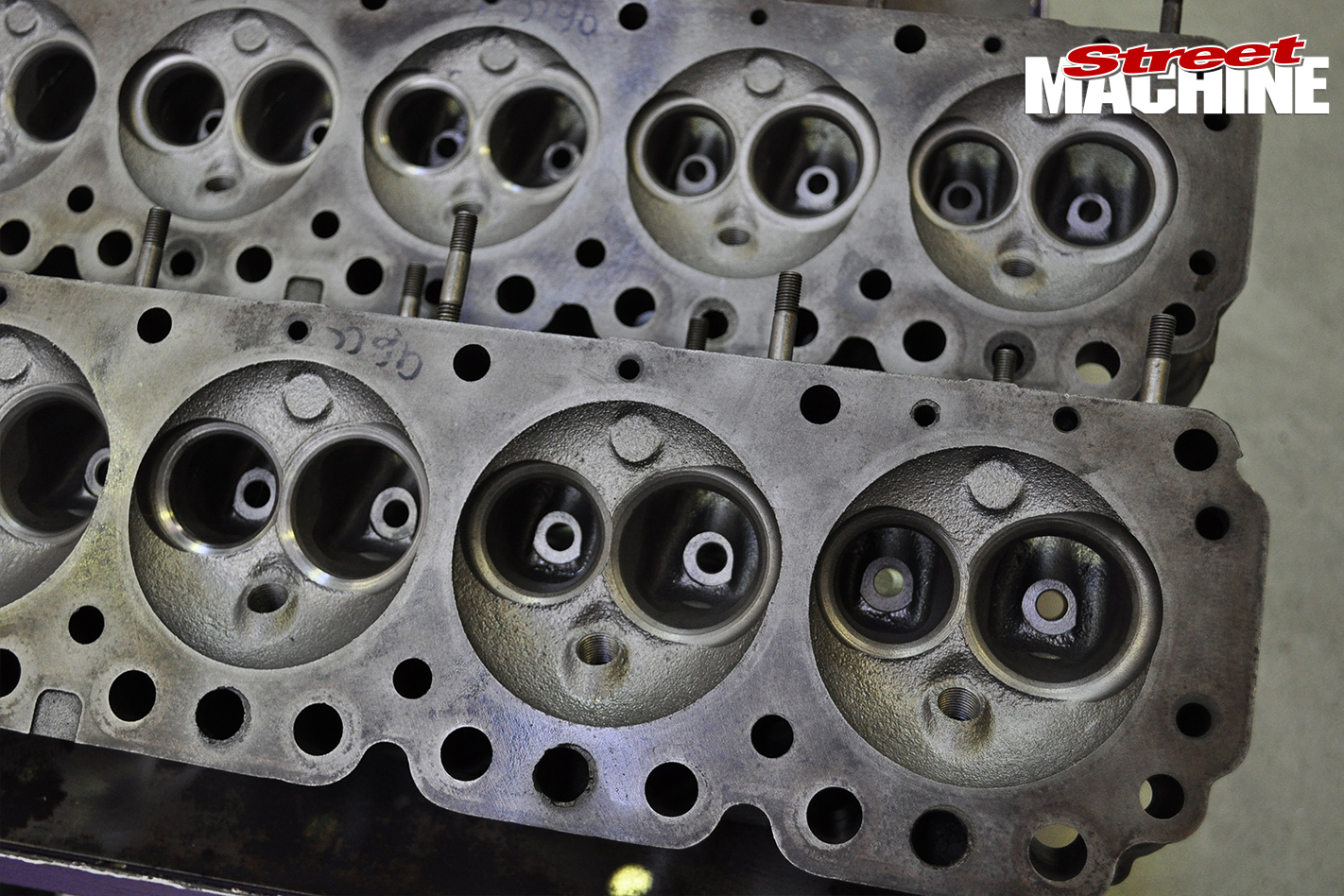 Like a dozen sets of eyes staring into your soul! Here’s another view of the two heads with the 265 head closest to the camera. The intake port volumes both measured up at 96cc

The major issue was the sheer size of the combustion chamber, because at 92cc, the compression ratio on our 265 was going to be under 8:1, even with a flat-top piston at zero deck height. Now anyone will tell you, that’s pretty average. We want this donk to be a rip-snorting six, not a low-revving truck engine. So we took another look at the modified 245 head.

With its smaller 84cc combustion chamber, dropping on a 245 head would bump the compression up a little, which is why everyone used to think it was a good move, but even so it still wasn’t going to get as high as 9:1. For our engine Johnny wanted the compression up around the 10.5:1 area, so the decision was made to take the 245 head and shave about 70thou (1.77mm) off it to drop the combustion-chamber size to 67cc; something we couldn’t do with the 265 head. 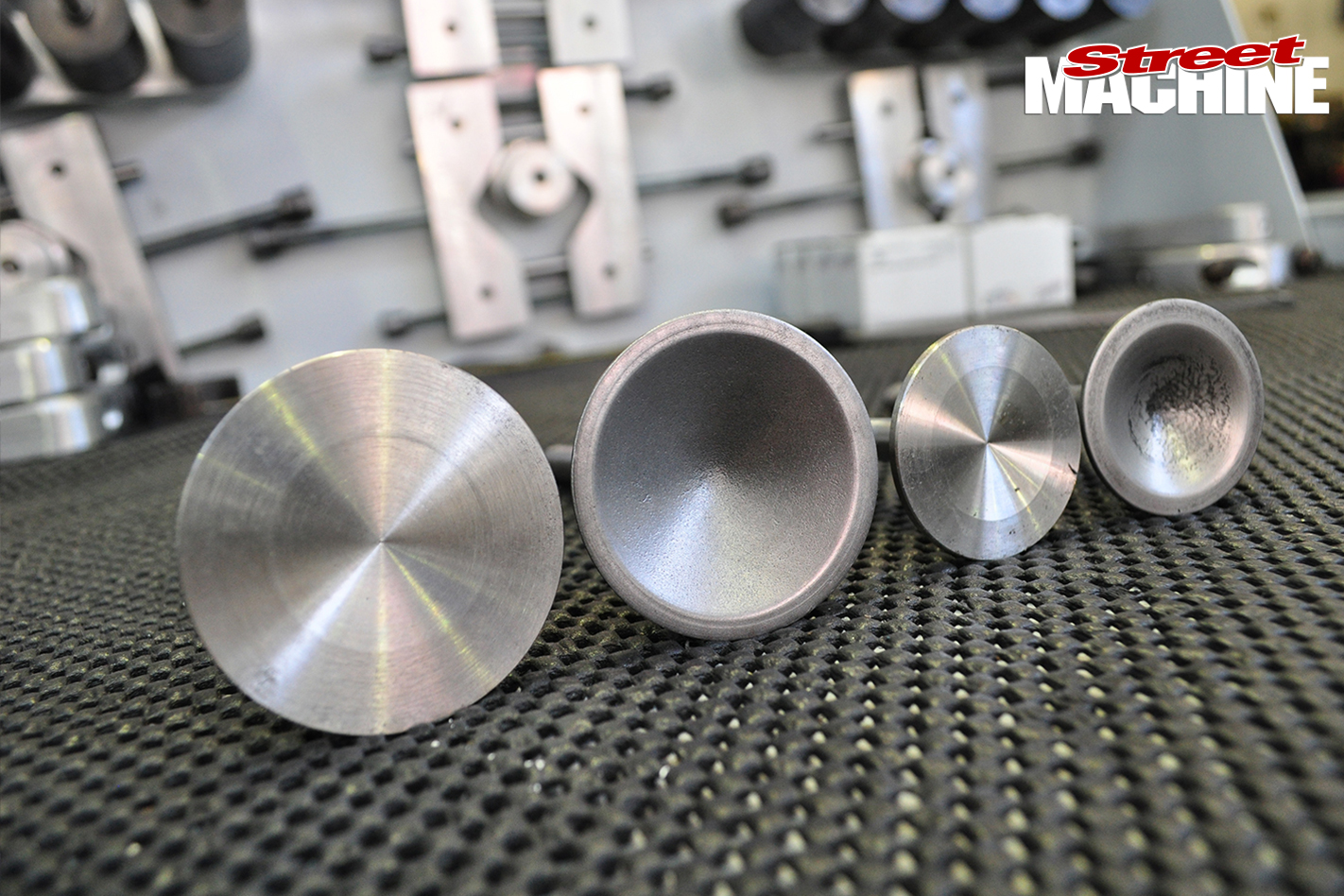 So now we had the right compression ratio but a poor-flowing head. But it’s easier to get a head to flow than it is to create a new combustion chamber out of thin air. So the guys found a set of stainless valves to slip into our head, to get it flowing right. The exhaust size would remain standard at 1.6 inches, but the intake side of the equation was boosted to 2.02 inches.

Naturally we had the same problem as before with the restrictive port throat behind the valve, so Chook attacked it with the die grinder and opened them up to full size, and then gave the short turn radius a tickle as well. This only added 5cc to the intake-runner volume, but it added another 40cfm of flow, which is exactly what we needed. 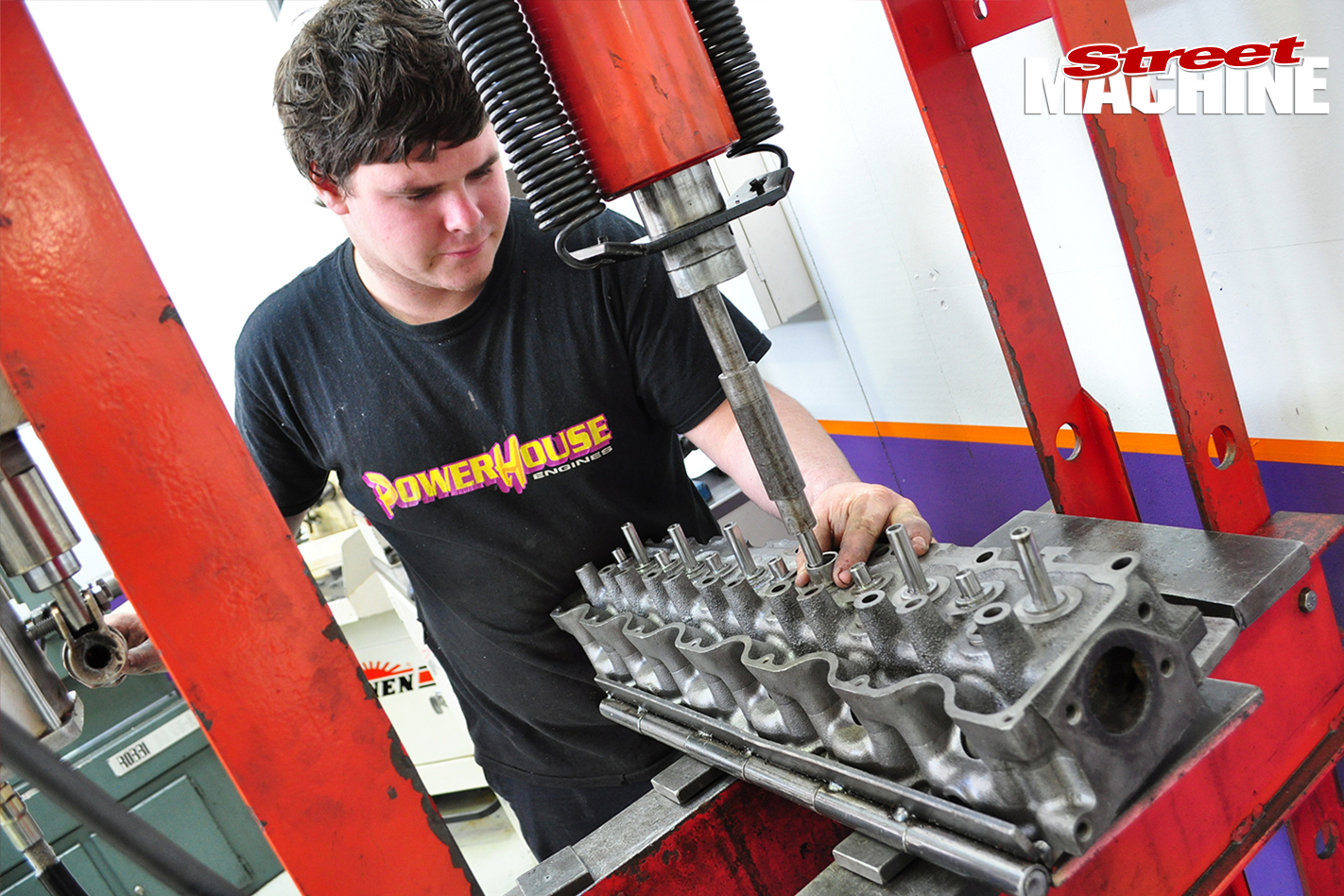 The 245 head was sporting a set of very old K-Line bronze valve guides, but the guys removed these for something better

With our new stainless valves, cast-iron guides, hardened exhaust seats and some sexy-looking beehive springs and matching retainers, we have ourselves a shiny new head.

So next time we’re going to throw it all together with our new and lumpy Crow cam, Redline 4bbl intake and Pacemaker headers. We’re pretty confident our 265 will see around 300hp when we drop it on the dyno, and Johnny is even talking about giving it a shot of gas, just for a giggle. Look out! 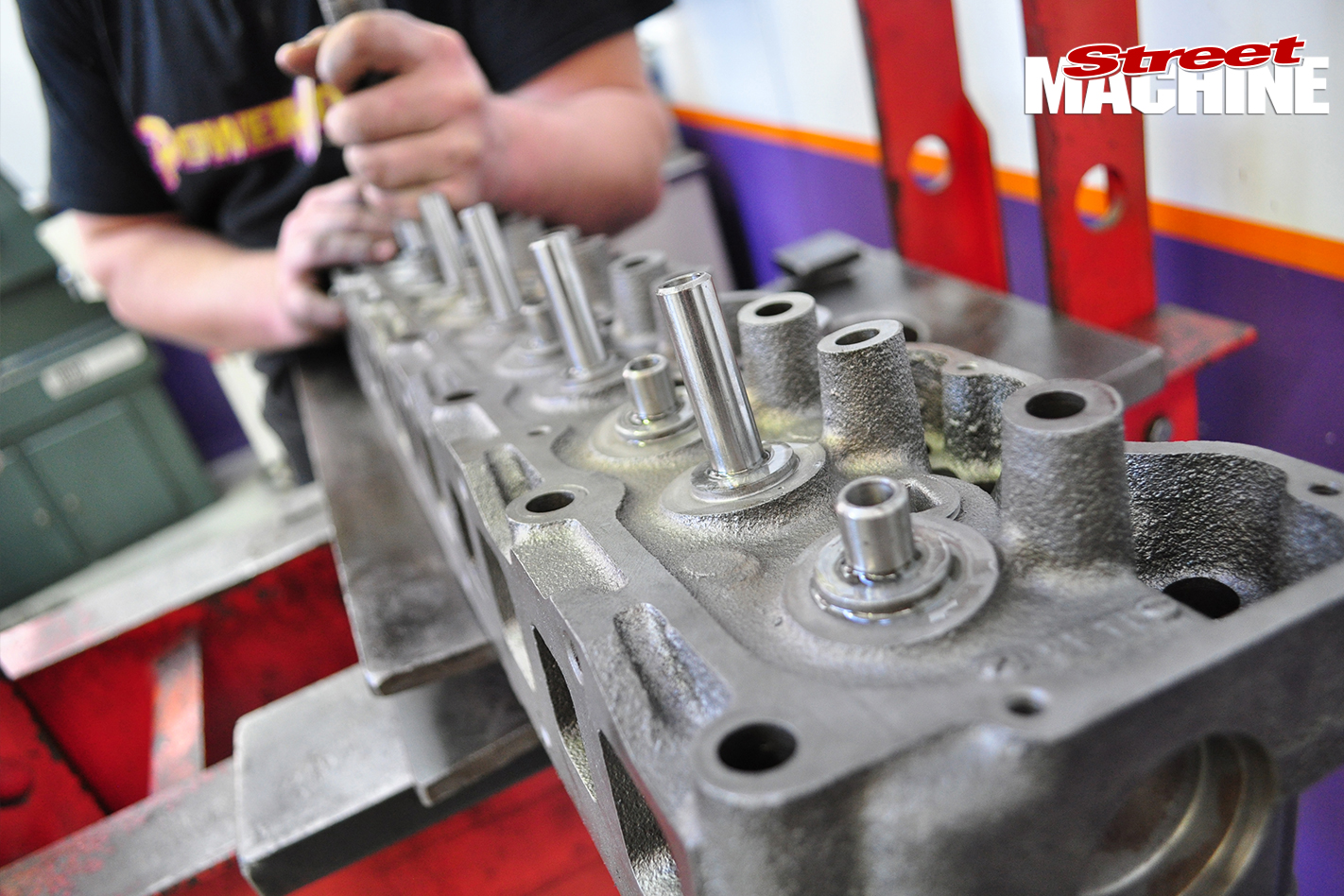 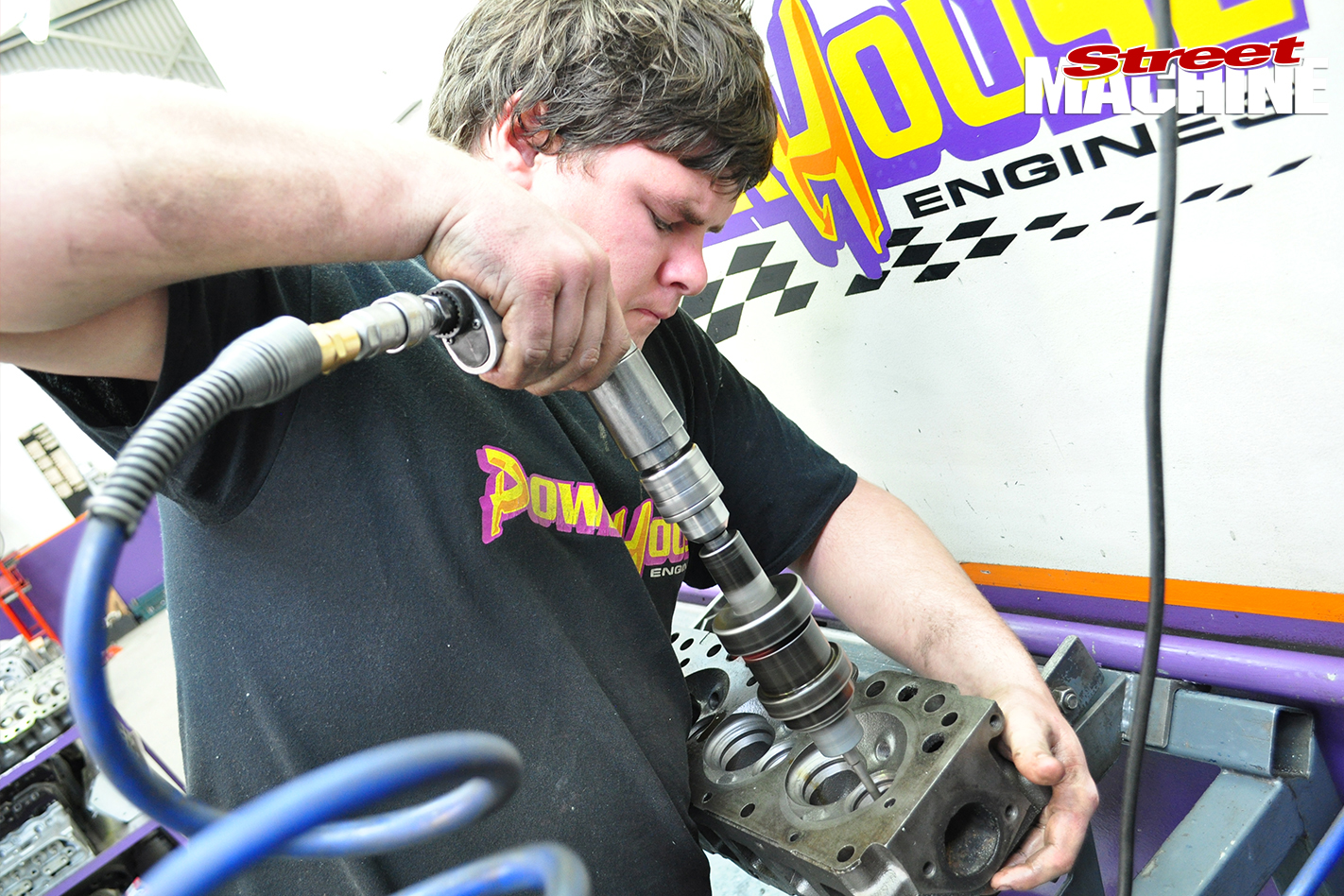 As with every dimension in a performance engine, the clearances are critical. Chook is honing out the new valve guides to provide the correct valve-to-guide clearance 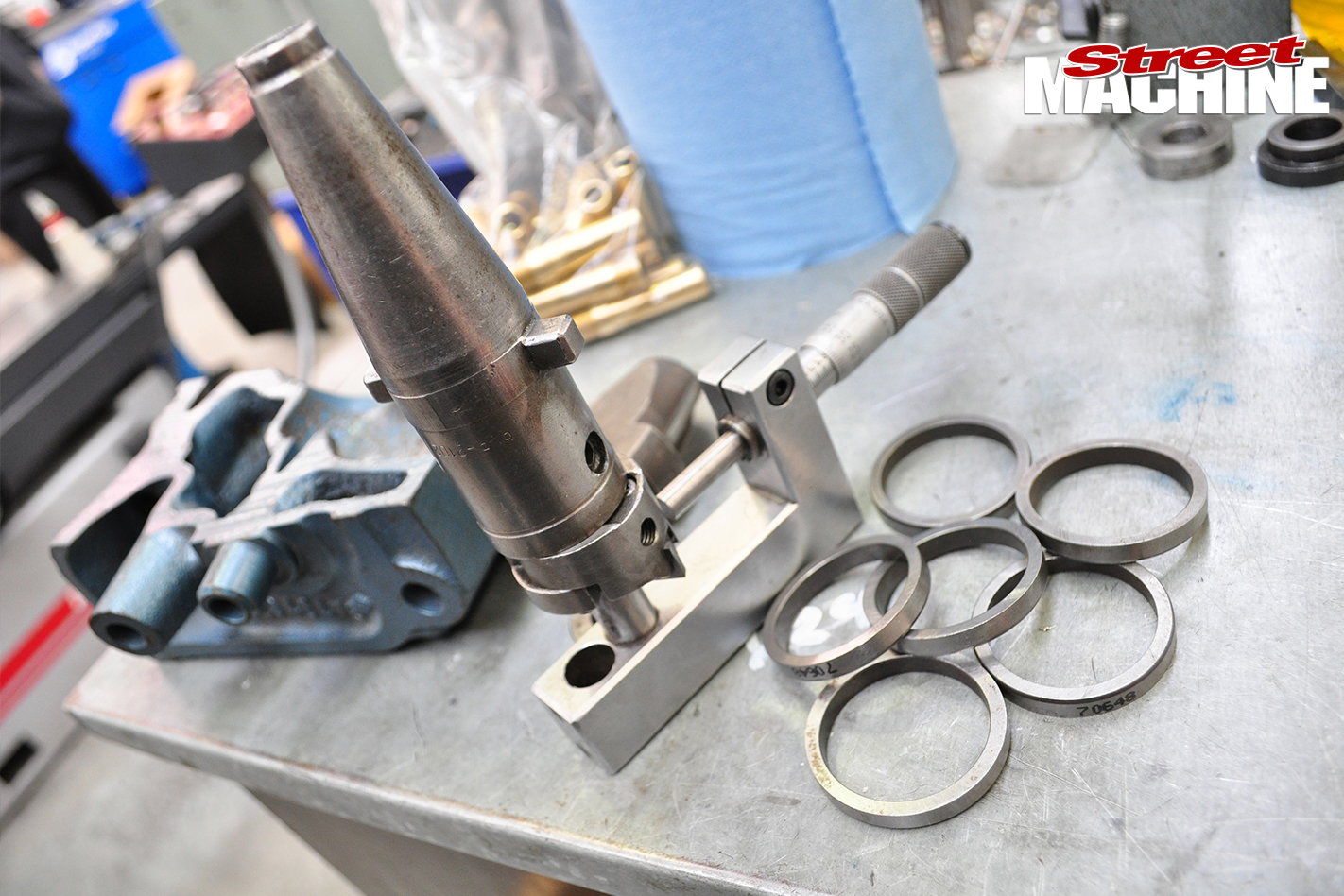 Hardened exhaust seats are a smart addition to any old-school engine intended for unleaded fuel. The six rings are the unmachined seats, while the cutter beside them is to machine the recesses in the head for the new seats 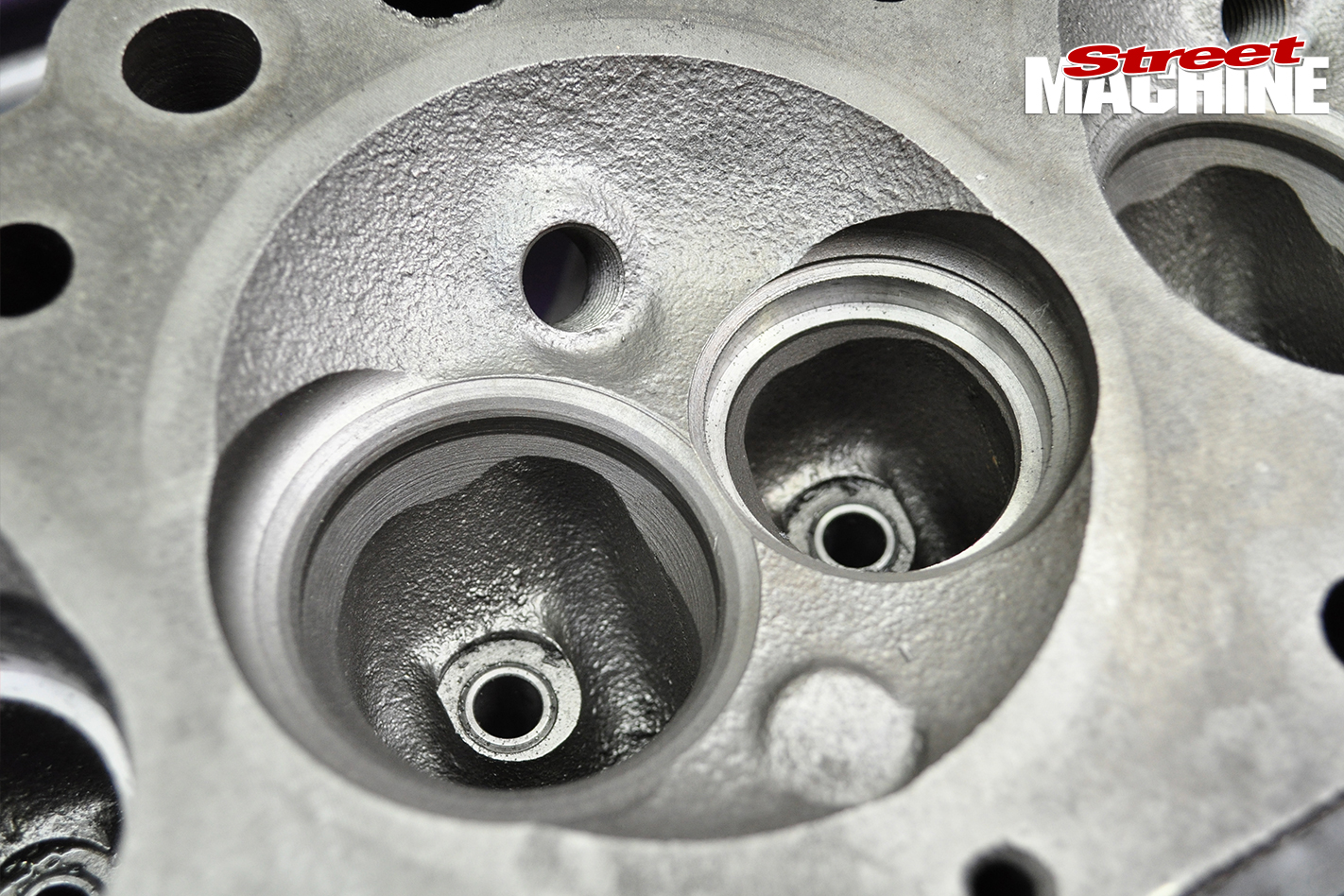 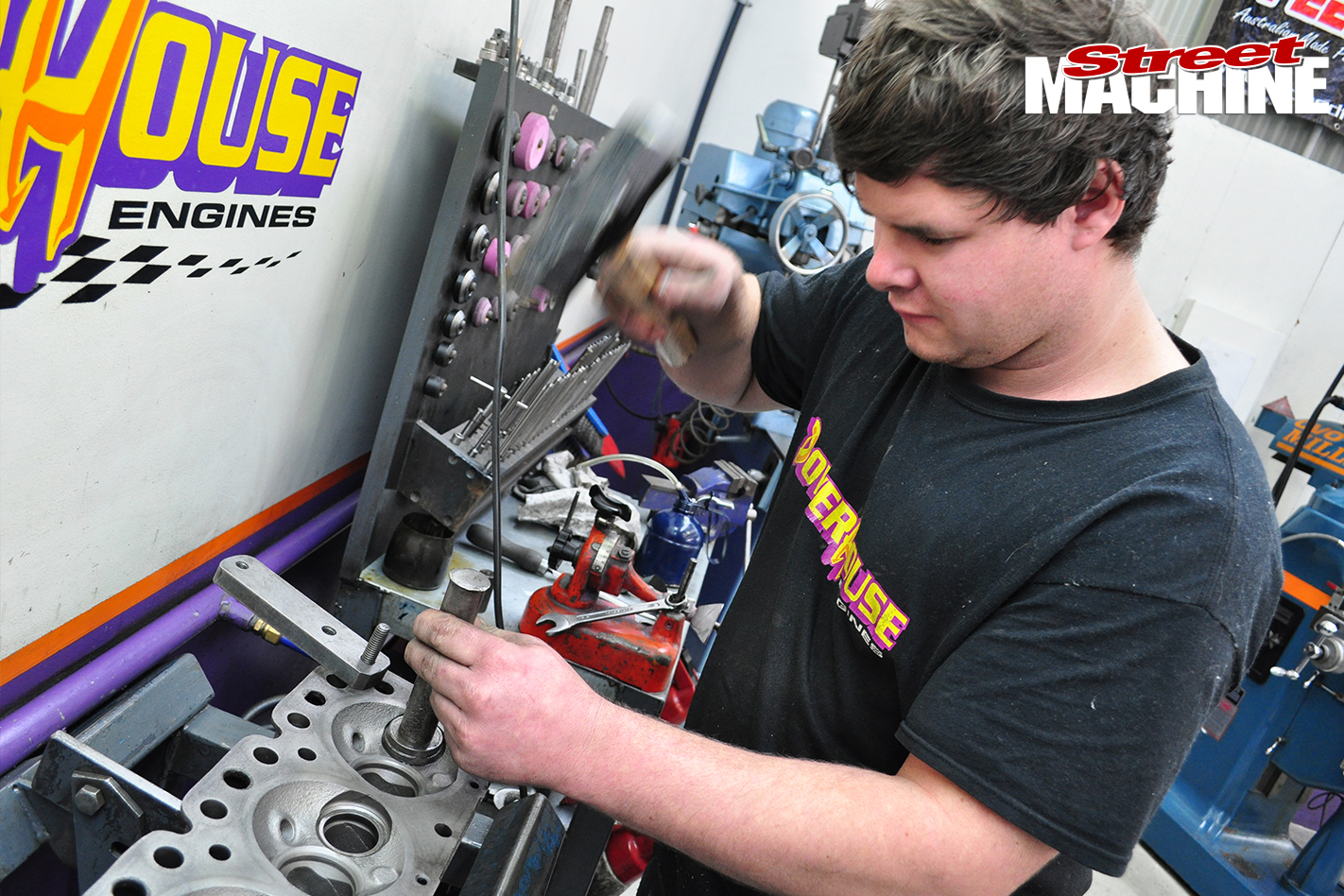 The new hardened seats are carefully smacked into place for a solid interference fit, and then it’s time for machining 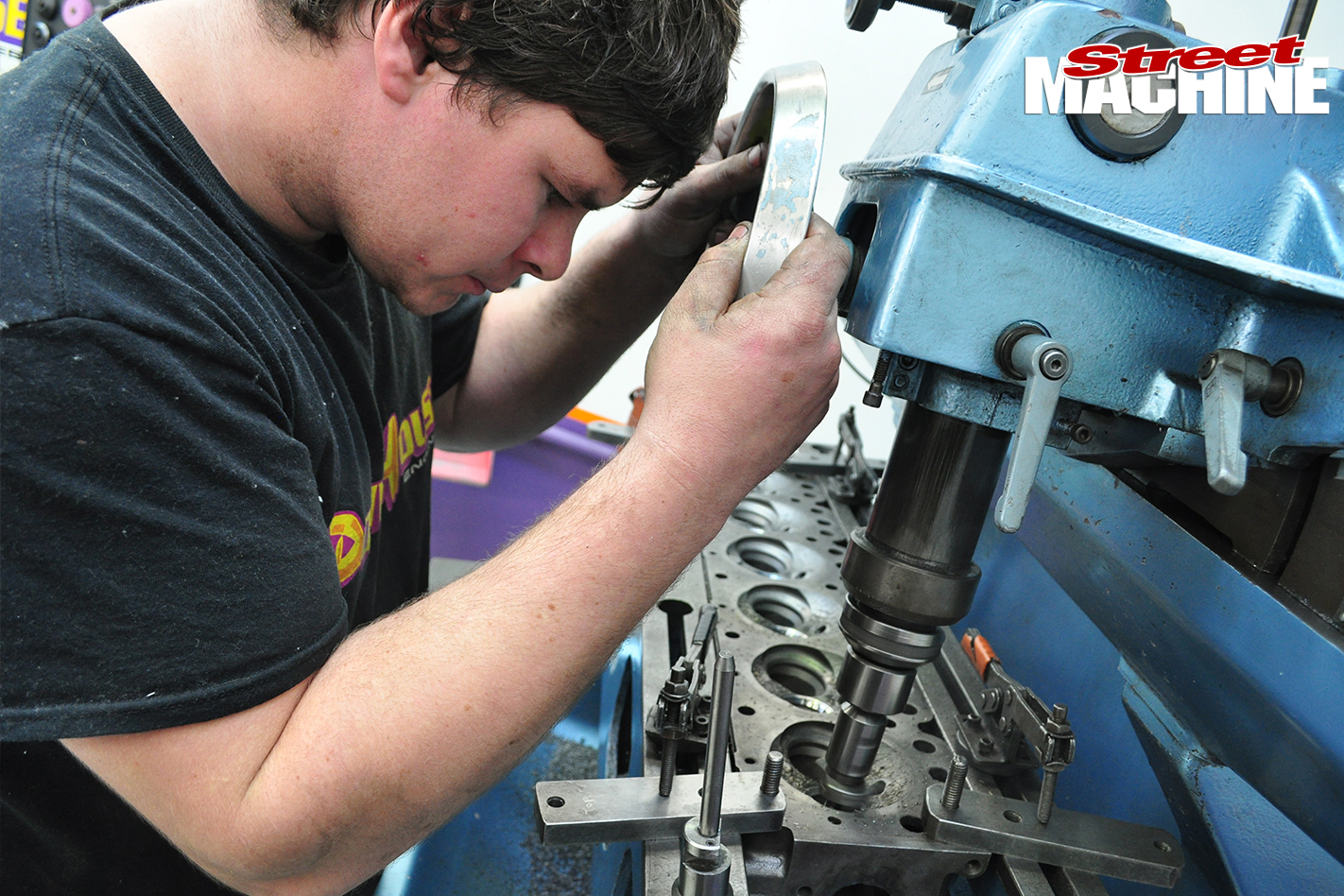 Cutting the new exhaust valve seats is a precise business. They were given a four-angle cut, while the intake side copped a five-angle job 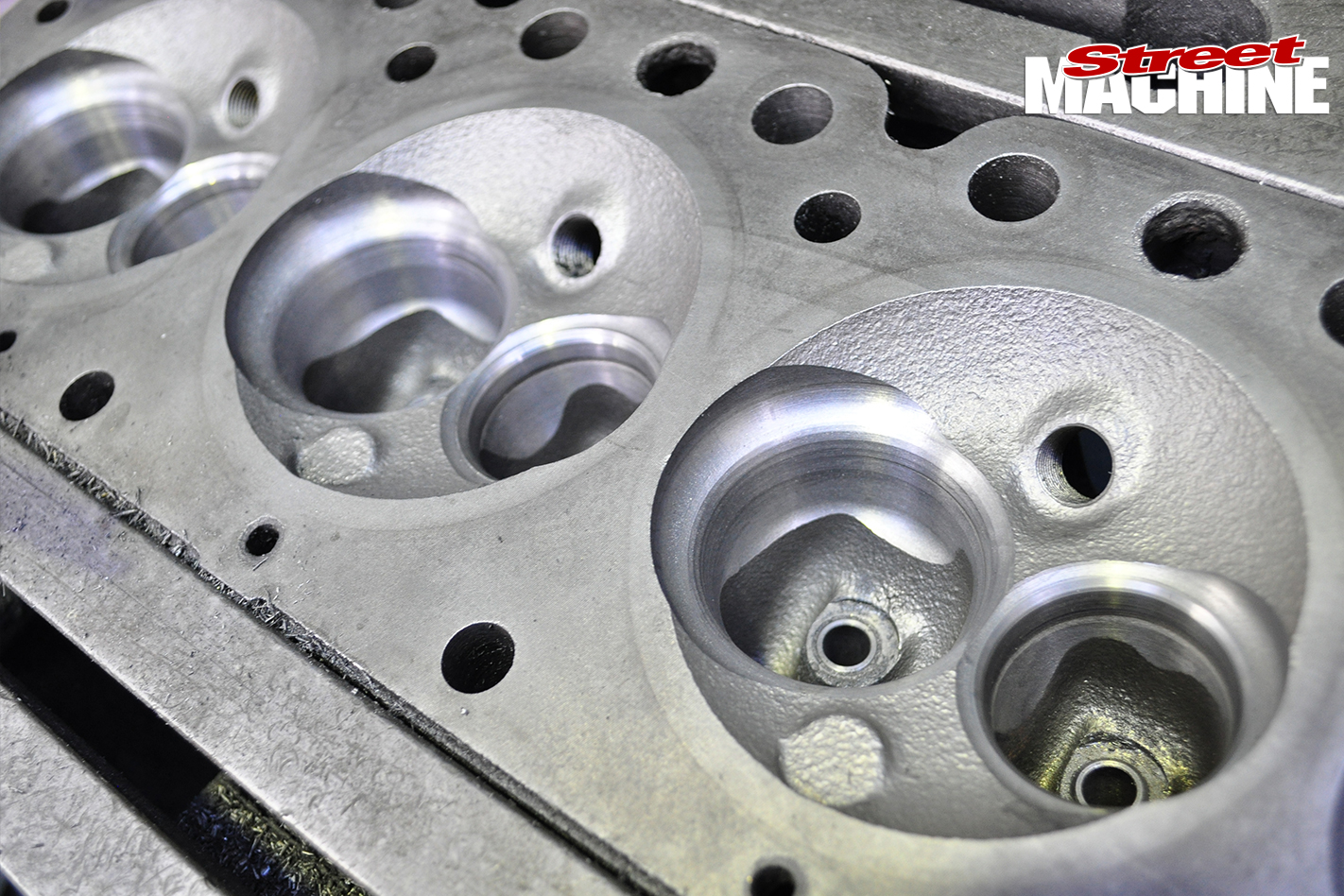 After machining was complete on the exhaust side, it was time to move on to the intake side and open them up for the 2.02in intake valves 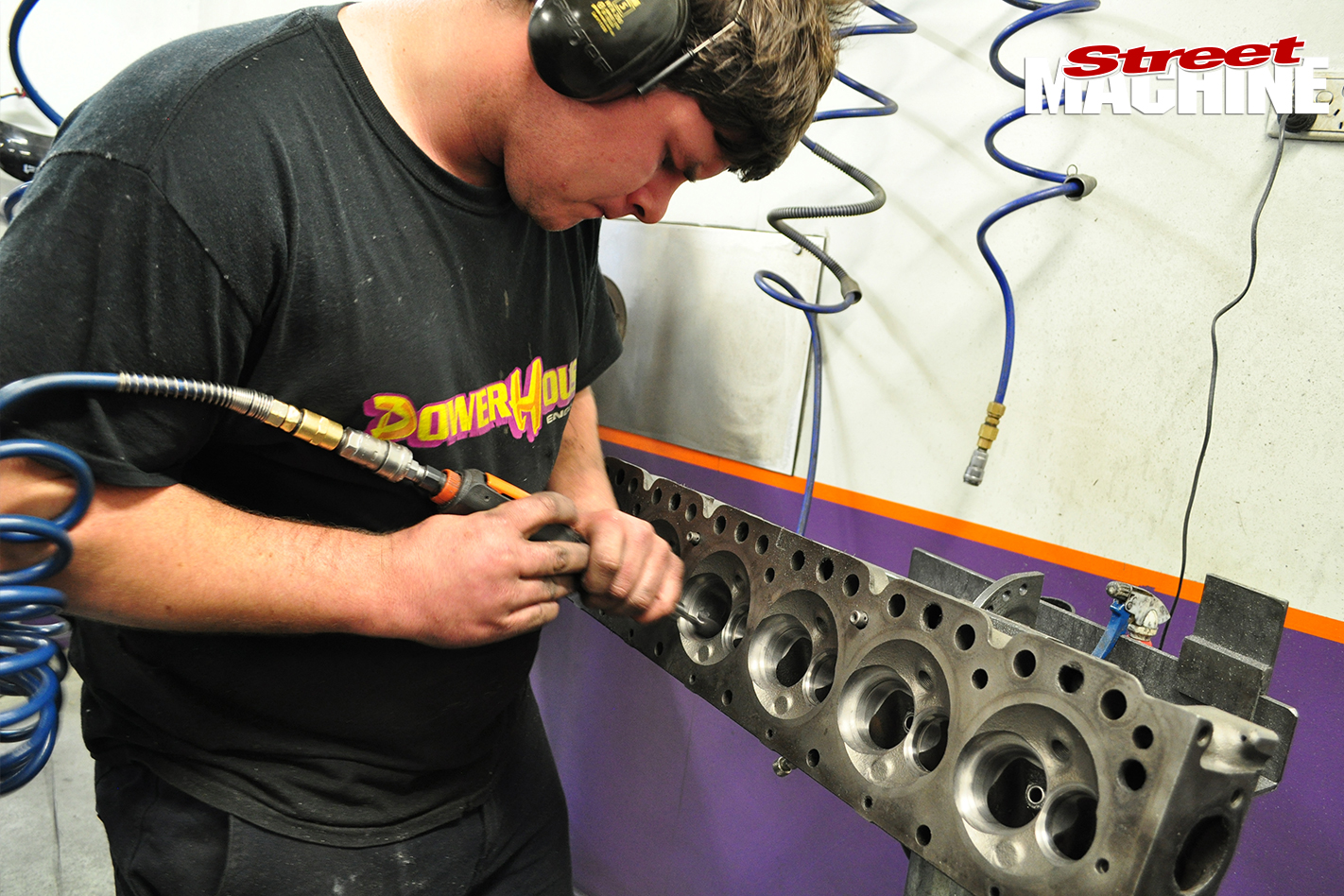 Chook attacks our Hemi head with the die grinder to open up the throat and smooth the transition from the valve seat to the ports. This was a very mild port job, and they didn’t even touch the runners 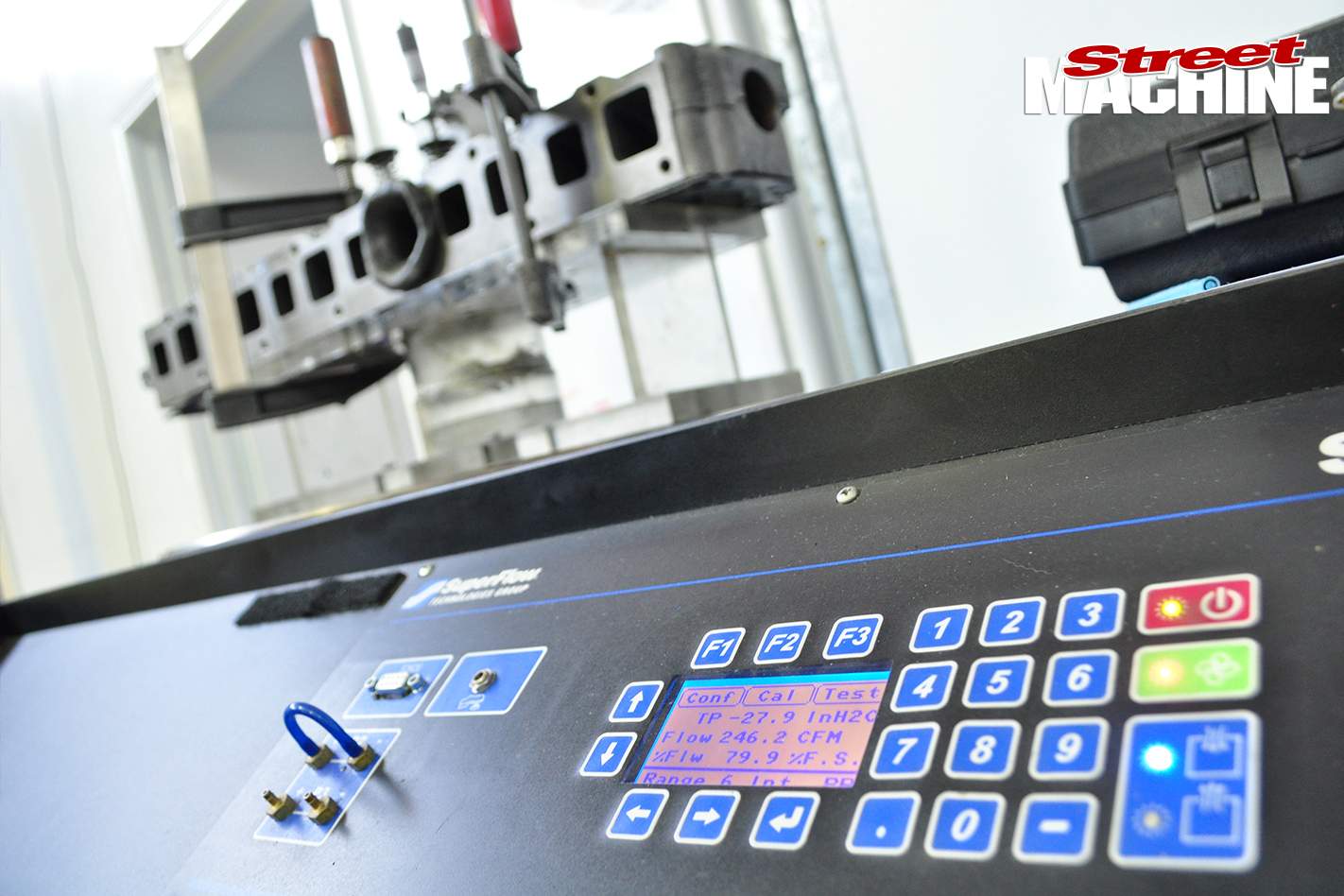 The SuperFlow Probench is an amazing bit of gear that brings head-flowing into the digital age. This was our Hemi head at 0.600in valve lift on the intake side, which is about what we’re looking at from our custom Crow cam 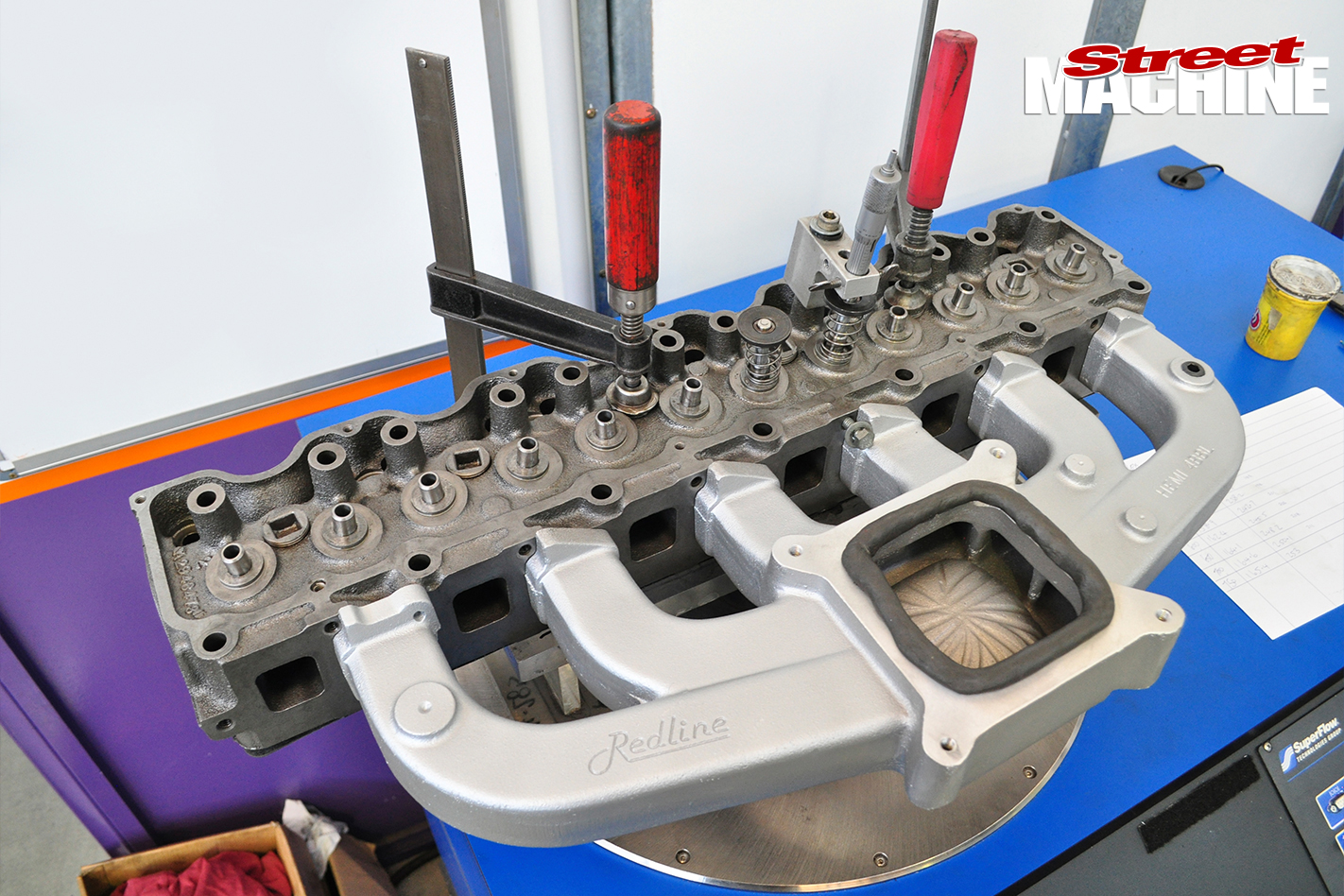 Flowing the head by itself doesn’t tell the whole story. The head is useless without an intake, so we made sure we tested it with our Redline 4bbl. It dropped the flow back to something approaching the stock 265 flow, but we’ll bring that back up with a little work 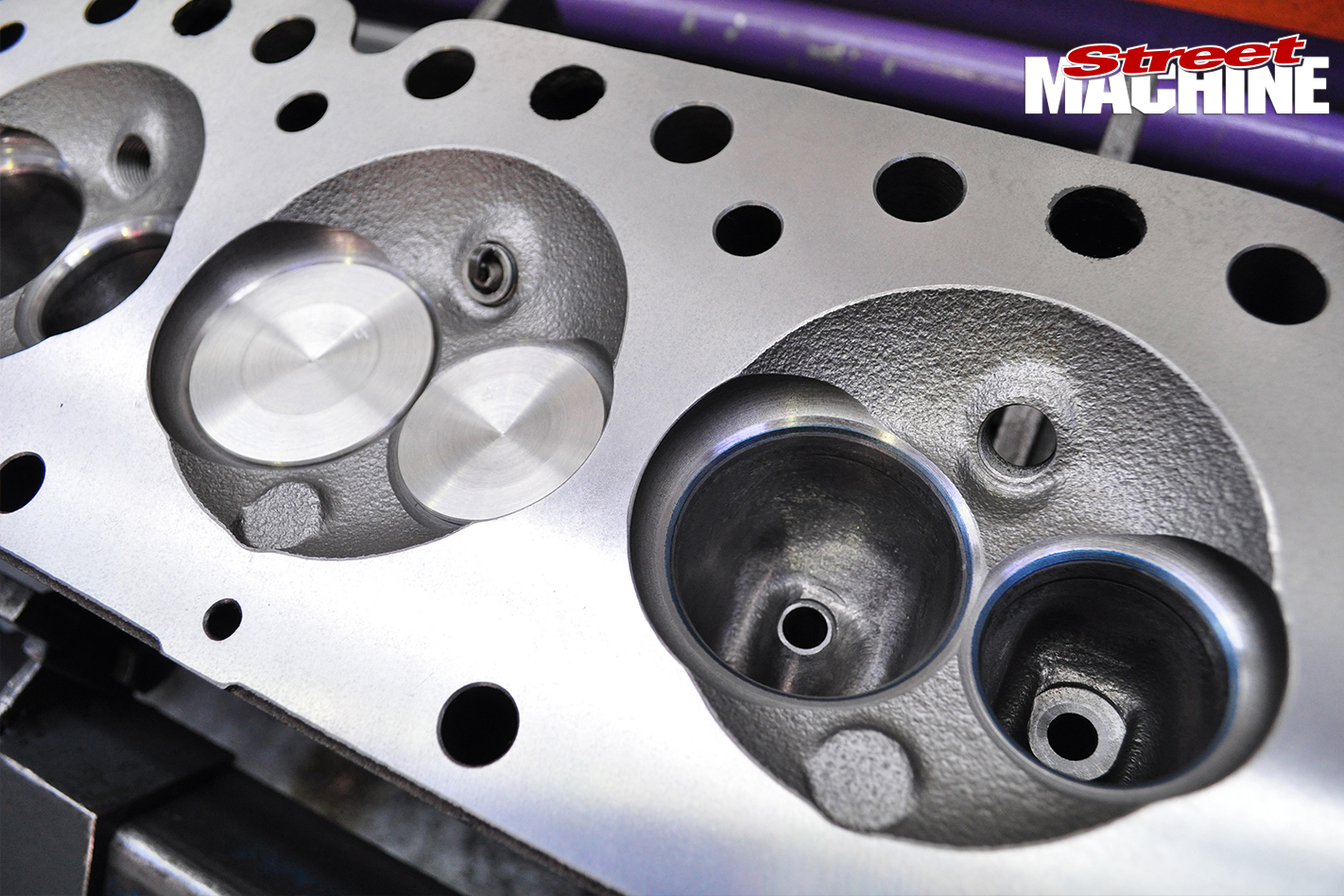 After a few hours with the die grinder Chook had all the intake ports looking like this. The exhaust port was given a light clean-up and deemed good enough

To make sure we were headed in the right direction we flowed all the changes to Johnny's SuperFlow SF-1020 Probench. From the figures above you can see that just fitting 265 valves to a 245 head didn't see much improvement at higher lifts, and was actually worse down low.

In part four, we finish assembling our 265ci Hemi six and hit the dyno 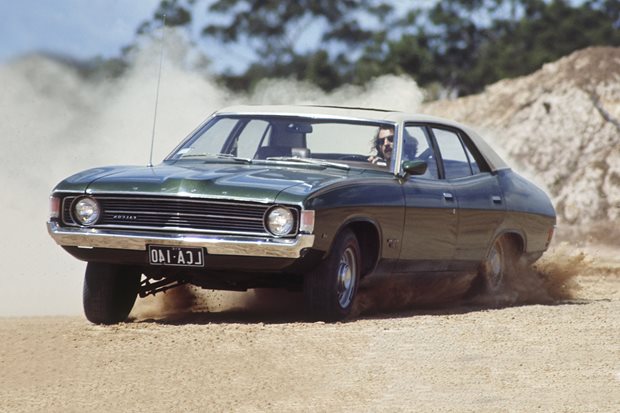