The Sidchrome Cobra is complete and has been given away to its new lucky owner, we look at what makes the Python Vehicles Coyote-powered Cobra tick

JUST over six months ago, I found myself in the driveway of Python Vehicles Australia, looking at a bare tube chassis and a bare AC Cobra replica body. Since then, Python has been my second home, and now, after following along every step of the way, I’m about to drive the completed car. We’ve spent the day down at the VIPAC testing facility, to watch the Sidchrome Cobra undergo its emissions test. The bright red beast passed with flying colours and Python head mechanic Joe Imperatori is relieved and happy that the project is nearing its successful conclusion. 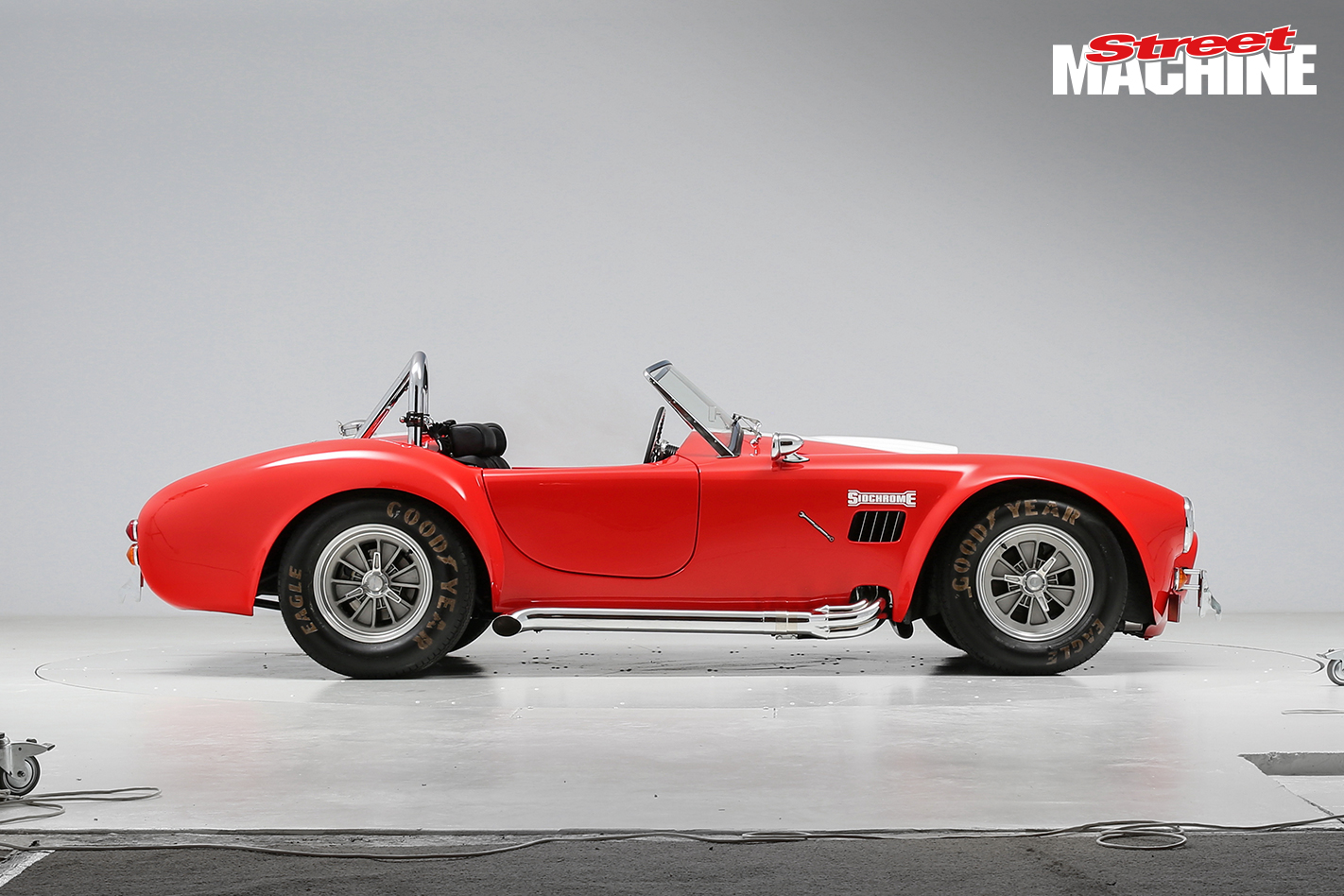 “Now the testing is done, the car will go back to the trimmer to get the boot done and a few other small pieces,” Joe says. “Then we’ll give it a wheel alignment, put the sidepipes on it for Summernats and it is pretty much done.”

I suggest a pre-Summernats test drive, and Joe has no problems with that. “Once the car comes back from Canberra, I’ll take it home for a week and put some miles on it. I’ll take the kids to school in it – one at a time!” he laughs. “That way, if there are any bugs to iron out, we’ll find them before the car goes to the winner.” Clambering into the Cobra is okay for anyone of average height and with fully functioning knees, but can be a bit of a struggle for those us who are less than limber. Once I’m in, the pedals seem a long way from my feet, but Joe suggests that I sink in deeper to the seat; sure enough, with a low-riding pose, it fits like a glove. 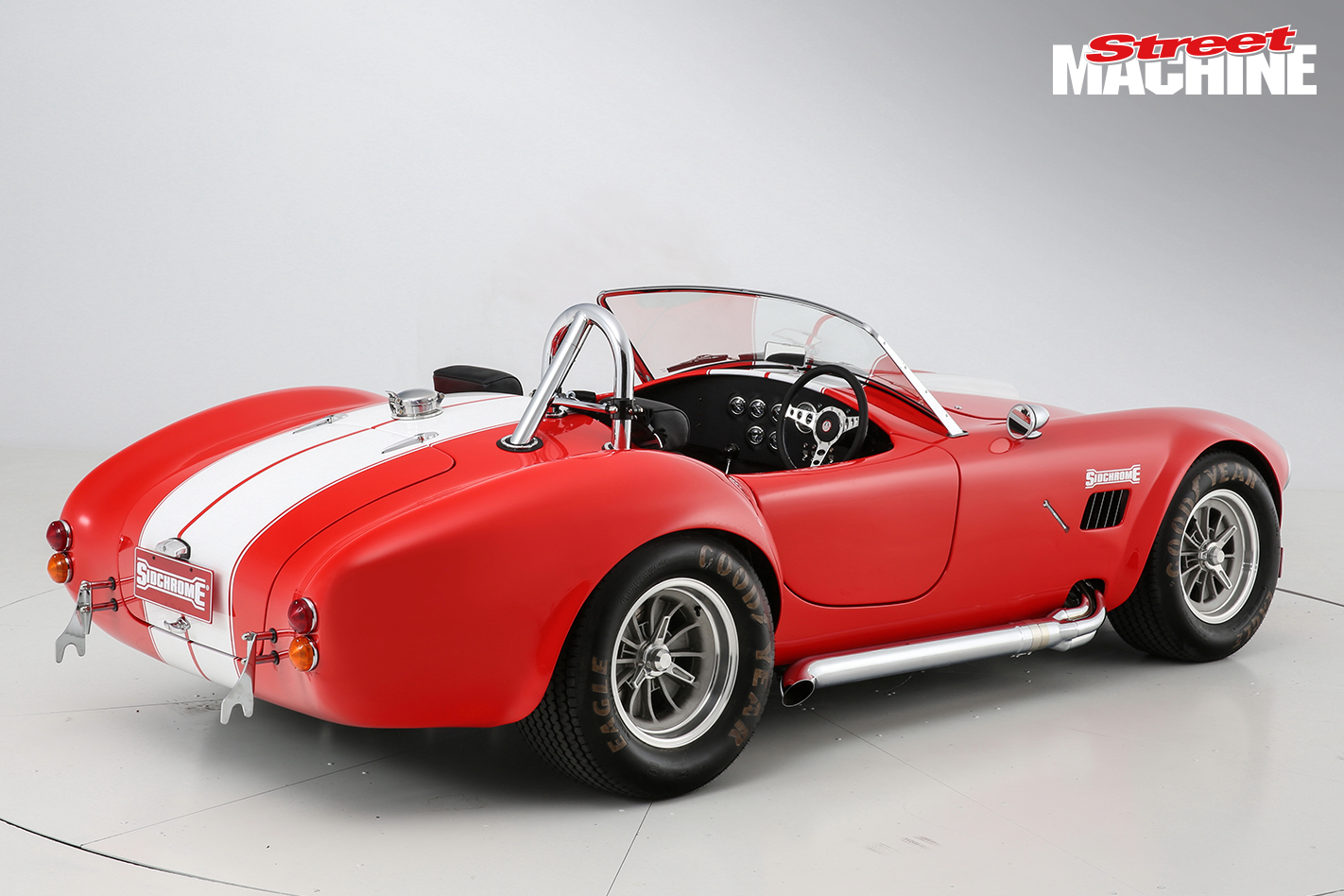 The car fires up without fuss, much quieter than when I cranked it up through the sidepipes on the axle stands a few weeks previously. The six-speed Tremec feels notchy through the Hurst shifter, as you’d expect, and requires a firm hand to select reverse, but it suits the 60s race car vibe. Joe warns me that with the tall 3.3:1 gears out the back, the Cobra requires a delicate balance of throttle and clutch to get away smoothly. “One thing we’ll do before we give the car to the owner is put some 3.9s in it,” he says. “That will make it nicer to drive around town, and with a six-speed, you just don’t need those tall gears on the highway.” 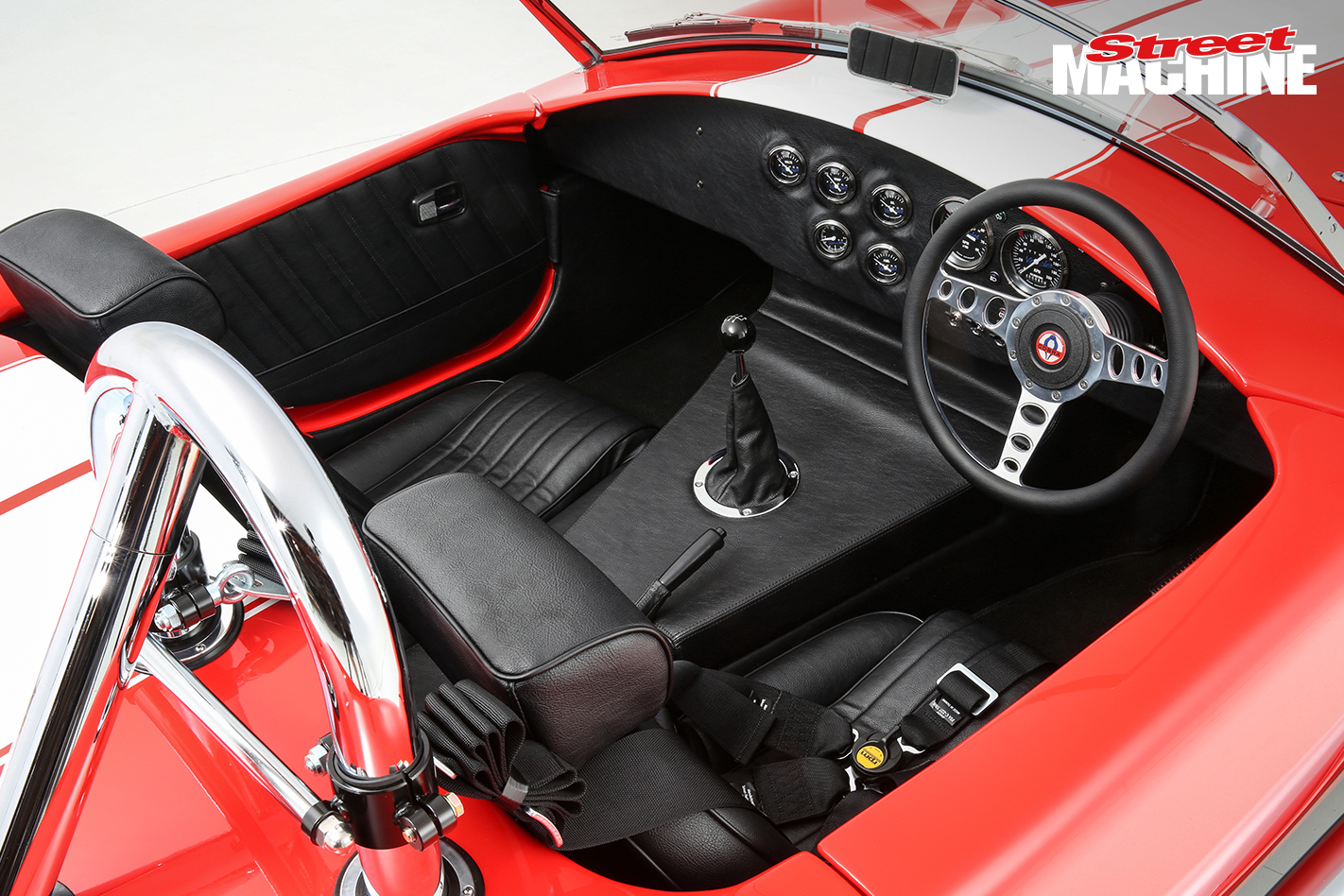 I manage to pull away without embarrassing myself and my first impression is that the steering is pleasingly light and direct – Joe put a lot of time into making the steering work well despite the challenges that the wide Coyote motor presented, and it seems it was well worth it. “Once the wheel alignment is done, it will feel like power steering,” he reckons. 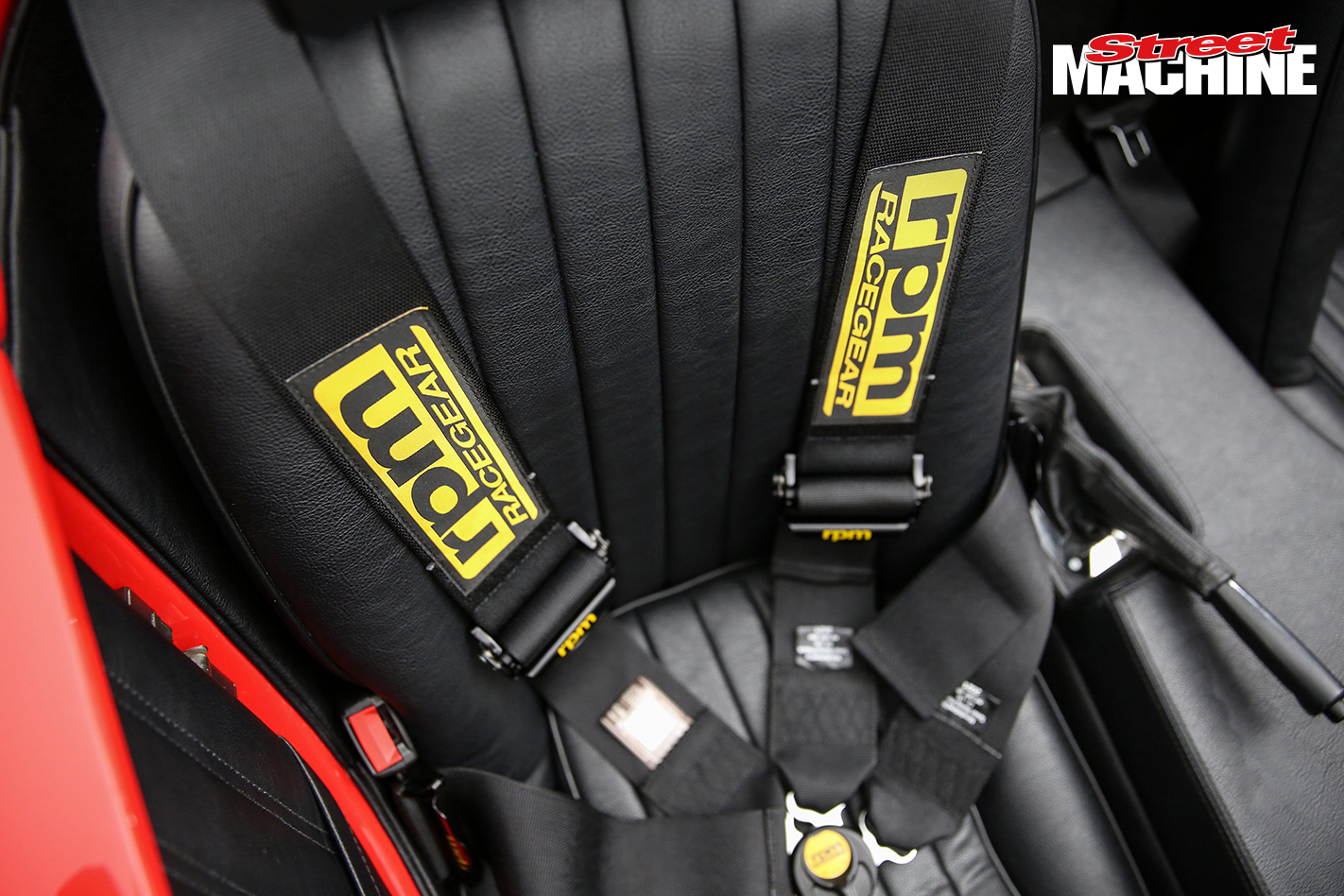 Cruising from Python’s South Melbourne workshop up to St Kilda, we have to contend with tram tracks, train lines, speed bumps and roundabouts, and I’m surprised how solid the car feels over all those bumps – no clatters, no bangs; nothing untoward. It feels like a new car, not a hastily cobbled together pile of parts. About the only thing that would give a new-car NVH engineer cause for palpitations is the heat coming off the engine, though this may lessen once the cabin trim is fully complete. 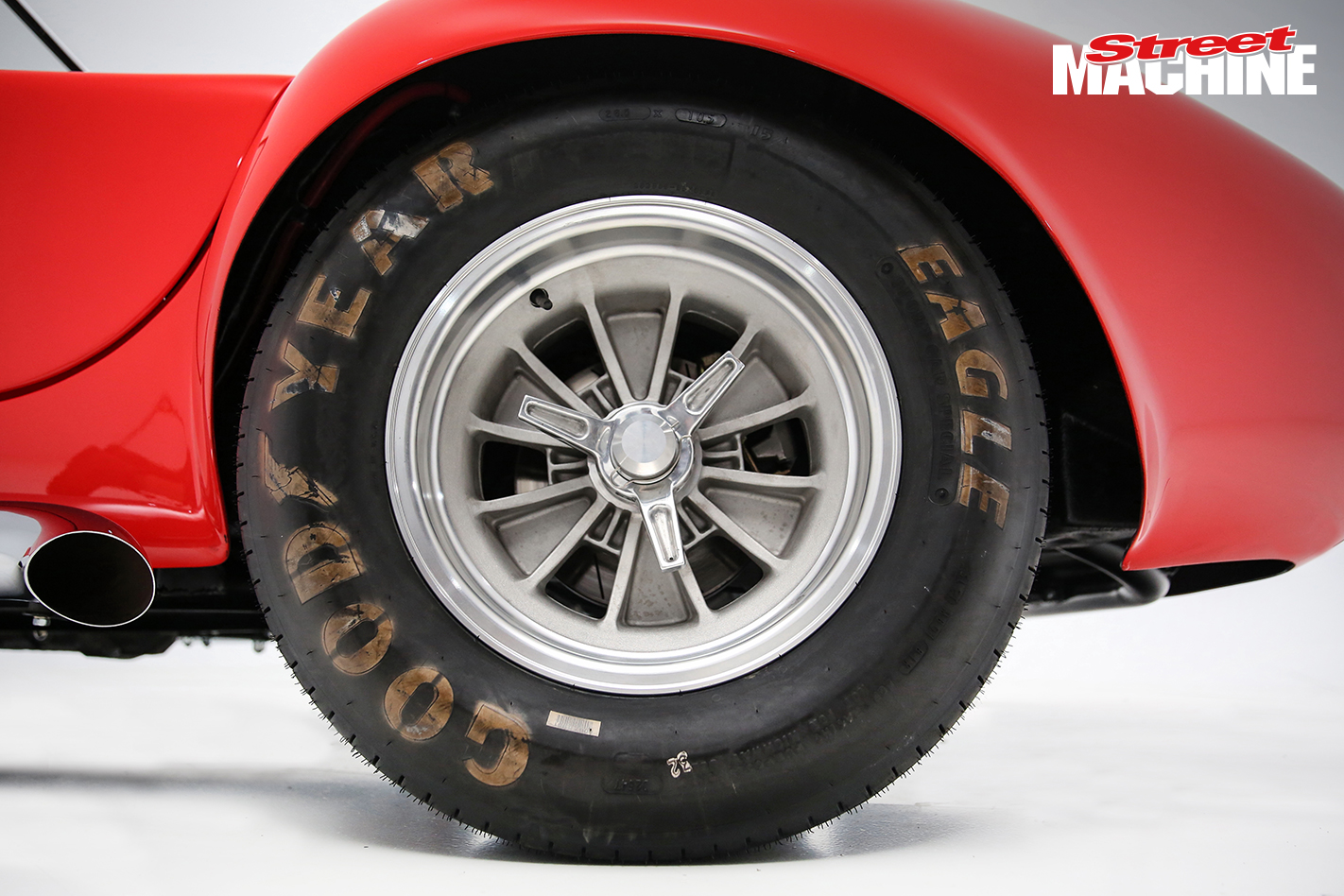 I’ve driven a few hot rod roadsters in my time, and while the low-slung, wind-in-the-hair vibes are similar, the Cobra is a more cosseted experience. There is a nice Clarion Bluetooth stereo for starters, which is tucked away out of sight, with a circular-shaped marine controller beside the ignition key. Despite being an open car, the tunes actually sound pretty good. 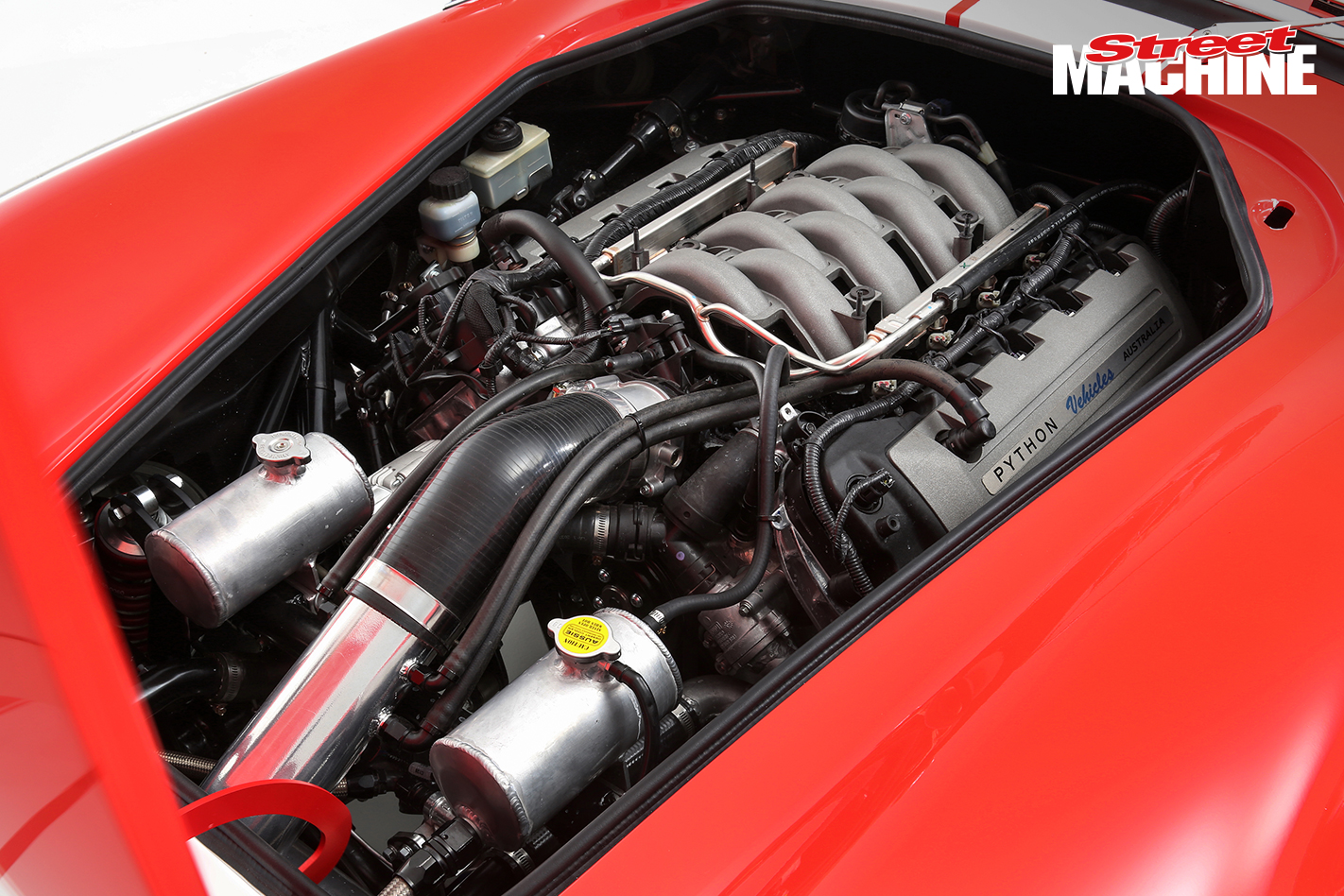 Apart from the obvious challenges presented by inclement weather, this feels like a car you could drive to work most days without too much fuss. Even with the restrictive road pipes on, the Cobra has plenty of poke, and while the busy streets of Melbourne aren’t the place to really get stuck into it, I can tell it will be a whole mess of fun once we get it out on a twisty country road. 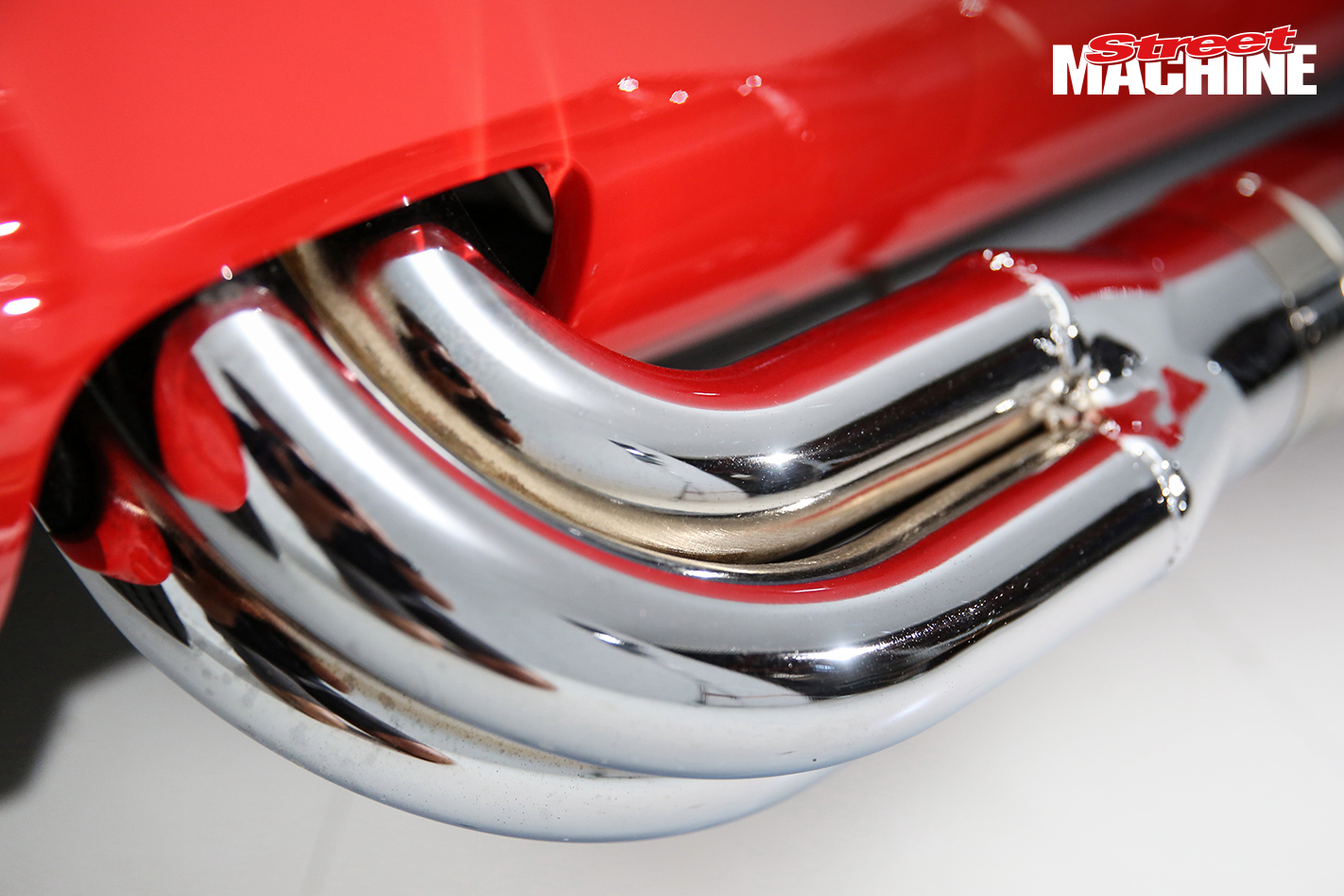 In short, everything works the way it should. George Vidovic and his team at Python have built over 100 of these things, refining and improving their techniques as they go. Throughout the whole build process, the guys have been continually planning ahead, test-fitting everything, checking and re-checking so that the finished product will be without compromises. The car should be easy to service too, with Joe taking pains throughout the engineering process to make sure everything is accessible. It has been a pleasure to watch the boys swinging the Sidchromes on this project. 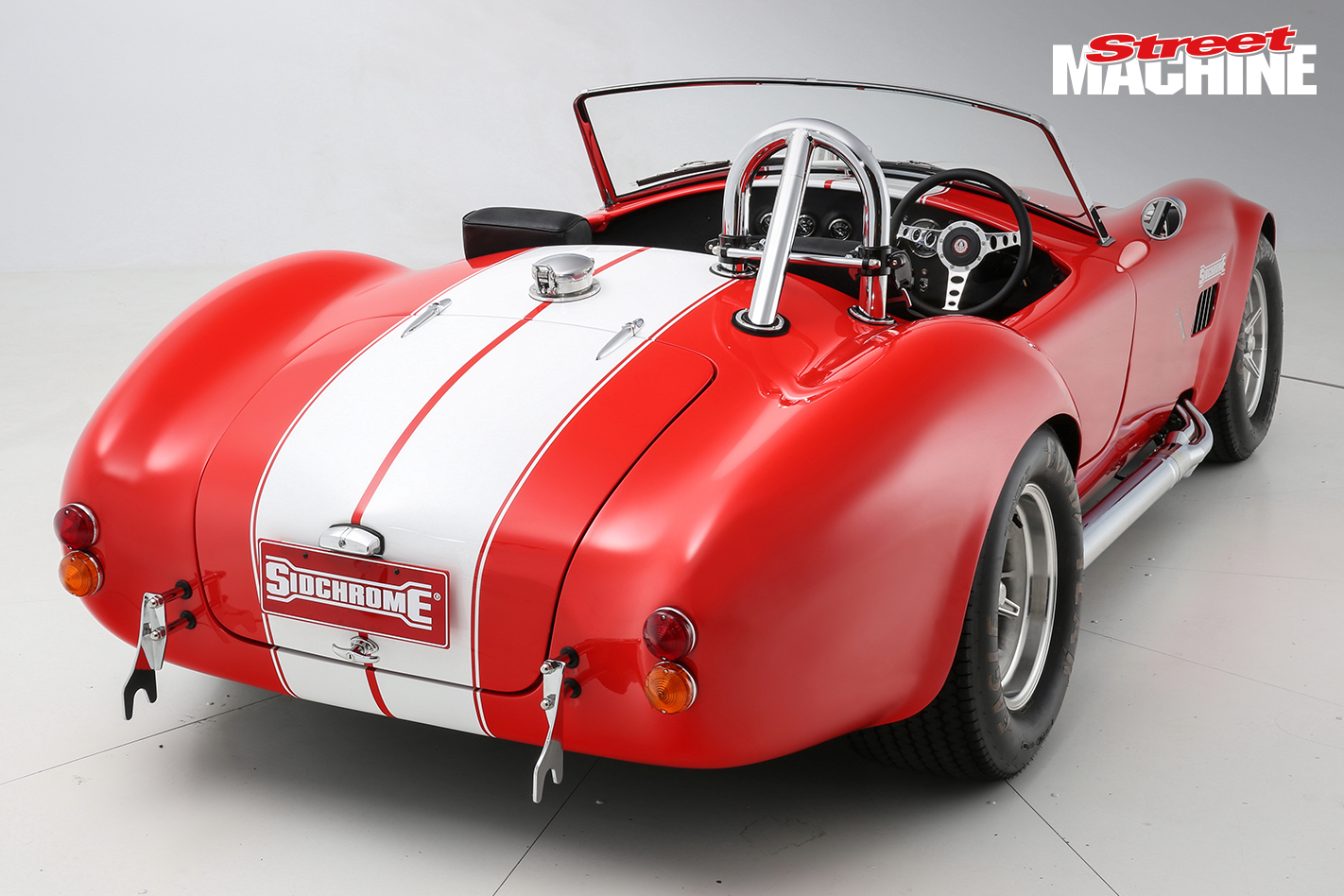 The Sidchrome Cobra was handed over to its lucky new owner Jarrod Pryor from Newcastle, NSW, at the Australian Formula One Grand Prix a few weeks ago. Congratulations mate, it's a killer car!