A FEEL-good vibe and some funny moments make Six Pack the perfect all-rounder for the whole family. Country singer Kenny Rogers – when he still looked like Kenny Rogers – plays Brewster Baker, a kind-hearted race car driver looking to navigate his way back to the professional circuit following a serious crash. 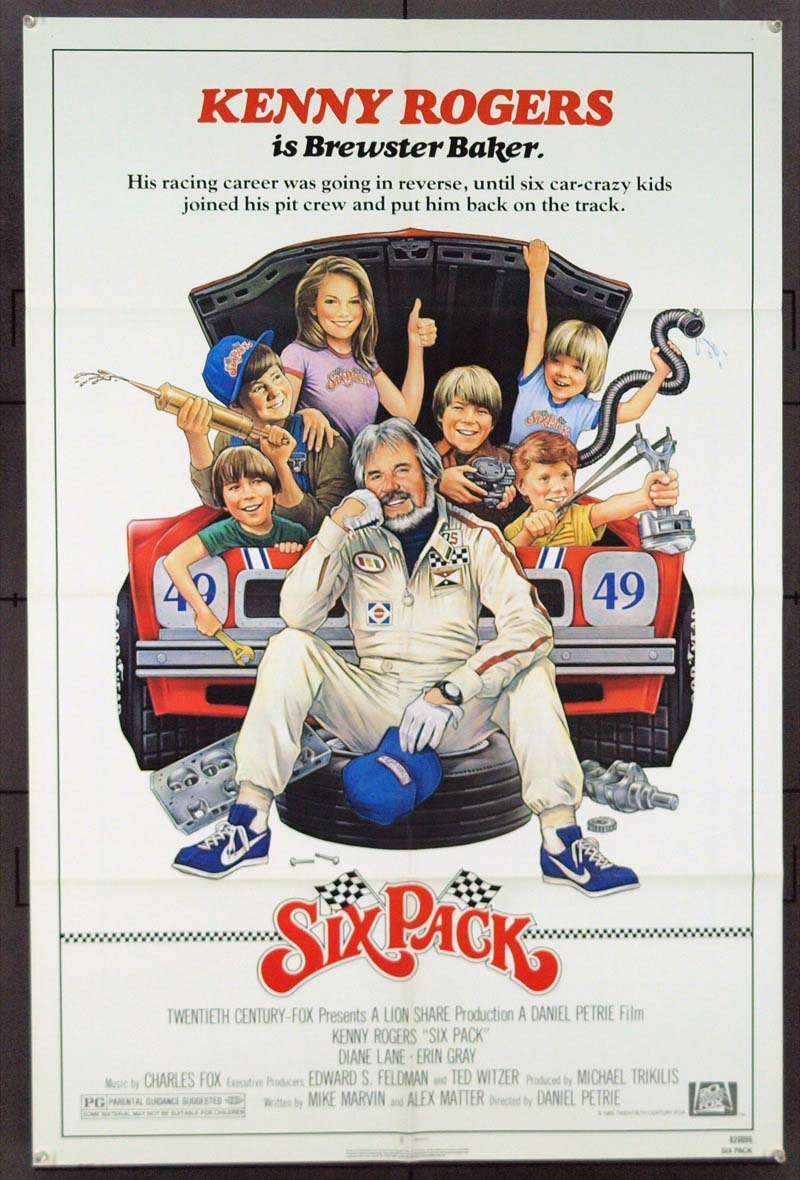 Living out of a motorhome with his race car in tow, Brewster makes a short stop at a small-town servo only to return and find that his Camaro stock car has been quickly stripped. Out of luck and low on cash, he spots the thieves and chases them down to discover he’s been ripped off by a bunch of kids: five brothers and one sister. Orphaned after both parents were killed in a car crash, this light-fingered sibling six-pack have been blackmailed by the local crooked sheriff (Corbin), who has them stripping cars in exchange for keeping Child Services away.

This motley bunch are headed by the eldest, Breezy (Lane), a 17-year-old girl thrust into the role of parent while trying to chart her own course into adulthood. Of her brothers, Doc (Hall) has a genius streak and solid mechanical know-how, while Swifty (Still) is the smart-mouthed, streetwise punk able to get them into and out of trouble in equal measure. The remaining three, Louis (Abernathy), Steven (Wilhoite) and Little Harry (Fleming) are kept on their toes taking direction to make this six-pack a formidable team. 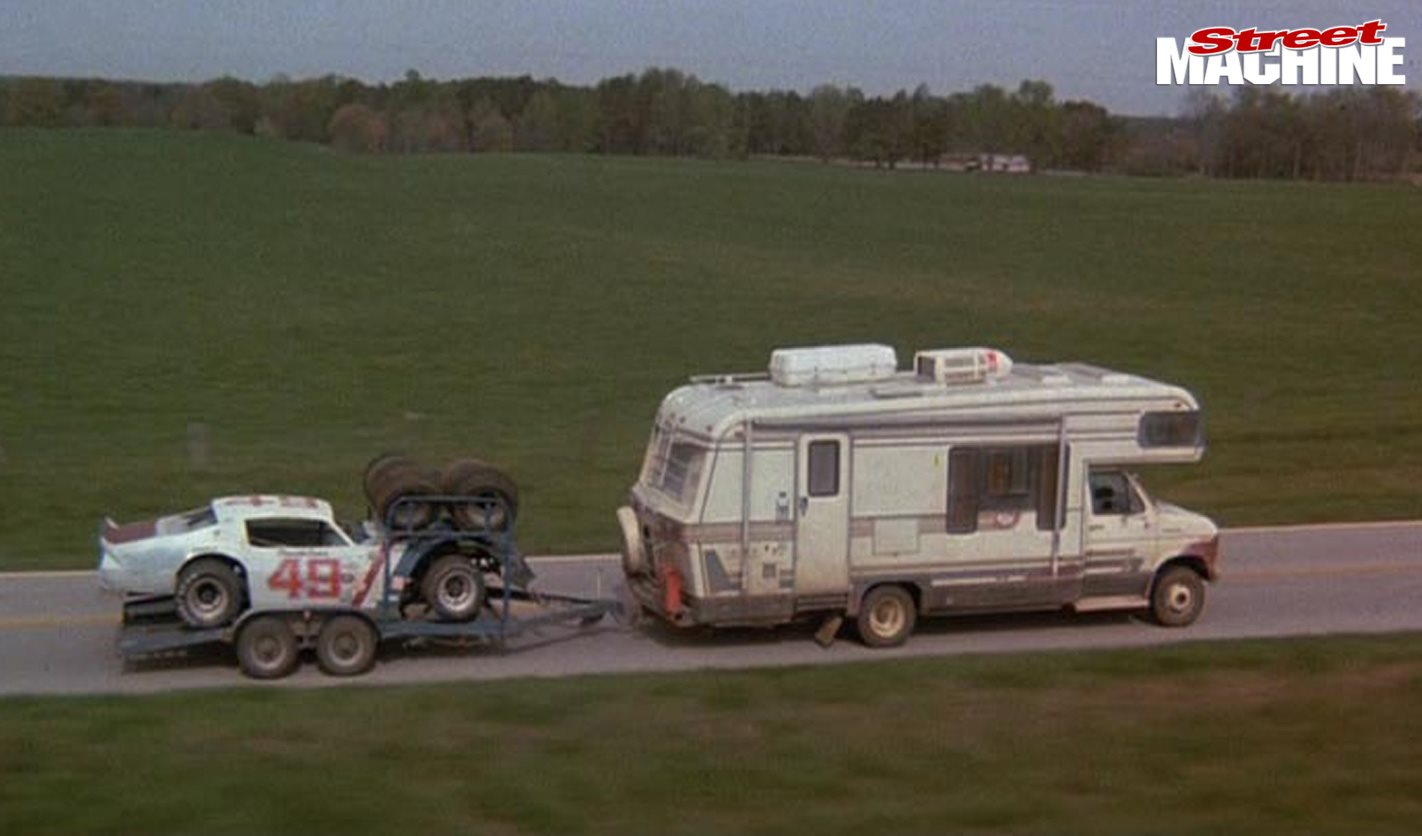 Tired of the pressure applied by the sheriff and all yearning for a ‘normal’ life, the six youngsters see Brewster as their means to a fresh start and tag along with him on the racing circuit. However Brewster isn’t keen; his loner, swinging single ways aren’t cut out for any distractions, and even a push from his part-time squeeze, Lilah (played by my boyhood 80s TV crush, Erin Gray of Buck Rogers in the 25th Century and Silver Spoons) can’t change his mind.

But these six are nothing if not persistent, and their skills as his race mechanics and crew become invaluable, sending Brewster on a winning path and ultimately selection for the NASCAR circuit. 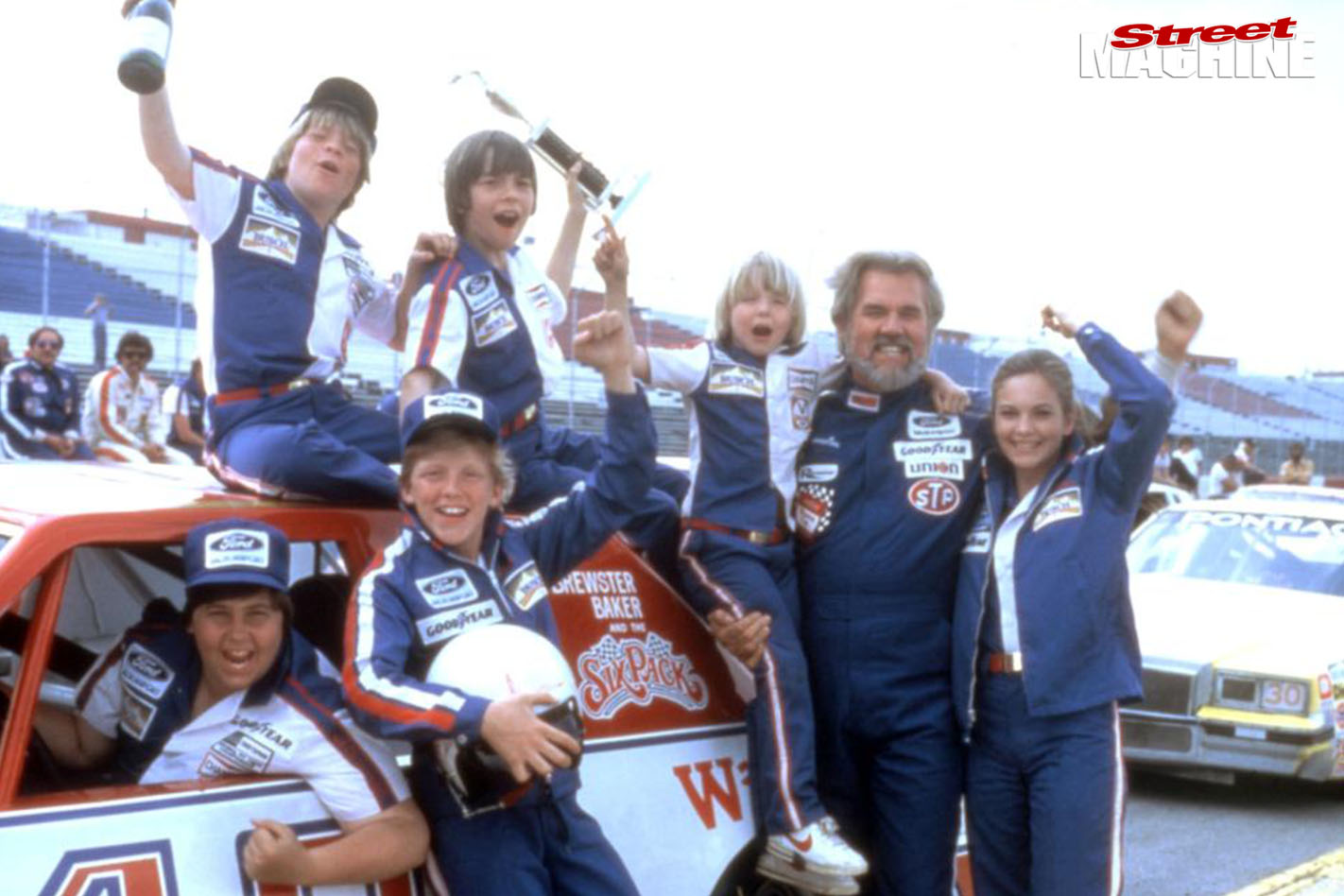 Brewster, Lilah and the kids form a strong bond, with lessons in life found to cut both ways. But their happiness is marred by the return of Brewster’s ex-mechanic and arch-enemy, Terk (Kiser) – himself now a successful driver but also responsible for Brewster’s career-stalling crash – and the meddling sheriff, who is still butt-hurt over losing his stolen parts racket.

Terk and the sheriff are independently hellbent on destroying Brewster and the kids’ newfound fame and success, leaving Brewster to choose between short-term first-place glory or long-term ‘family’ happiness. 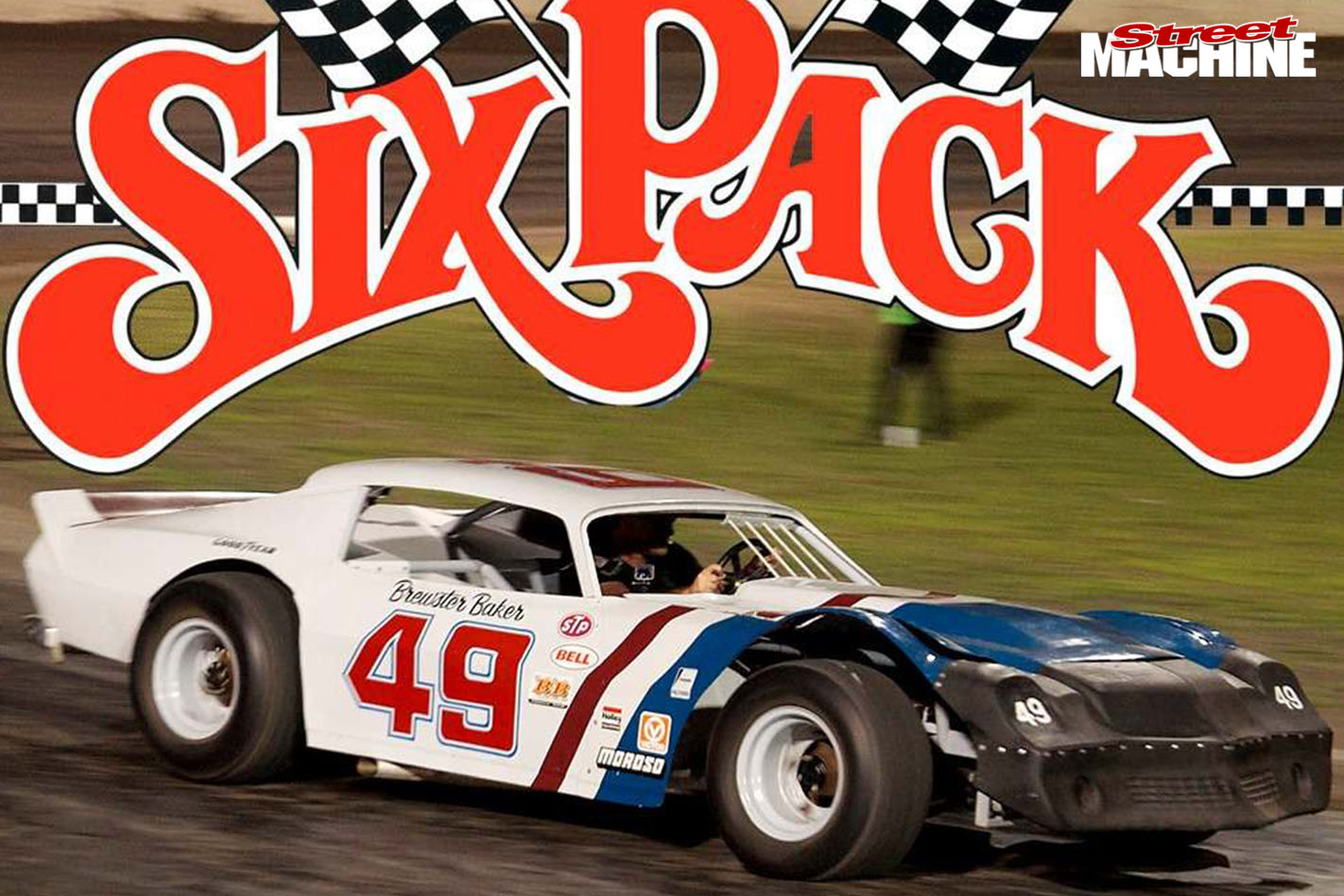 Even 35 years on from its release, Six Pack is still a fresh and fun watch, with a great storyline and a well-chosen, ultimately familiar cast; child actors Anthony Michael Hall and Diane Lane went on to forge healthy careers with the likes of The Breakfast Club and The Perfect Storm respectively. Swifty’s language gets a little fruity at times for young ears, but it’s handled as part of the storyline and is one of the growing pains tackled, without the cheesiness of a 7th Heaven-esque life lesson. The racing action is cool and features plenty of legitimate now-historic NASCAR scenes, and thankfully the mechanical lingo is spot-on, which is a nice change. 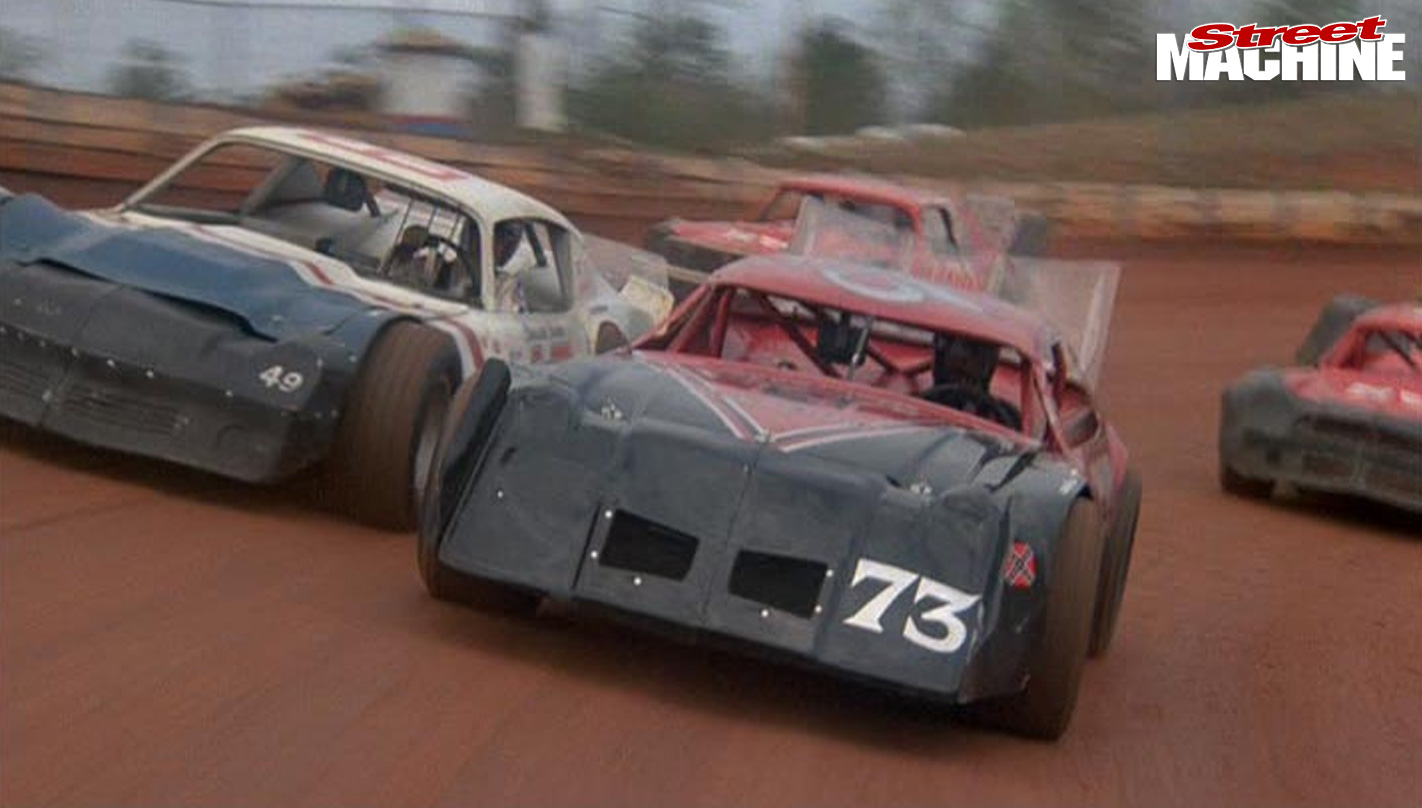 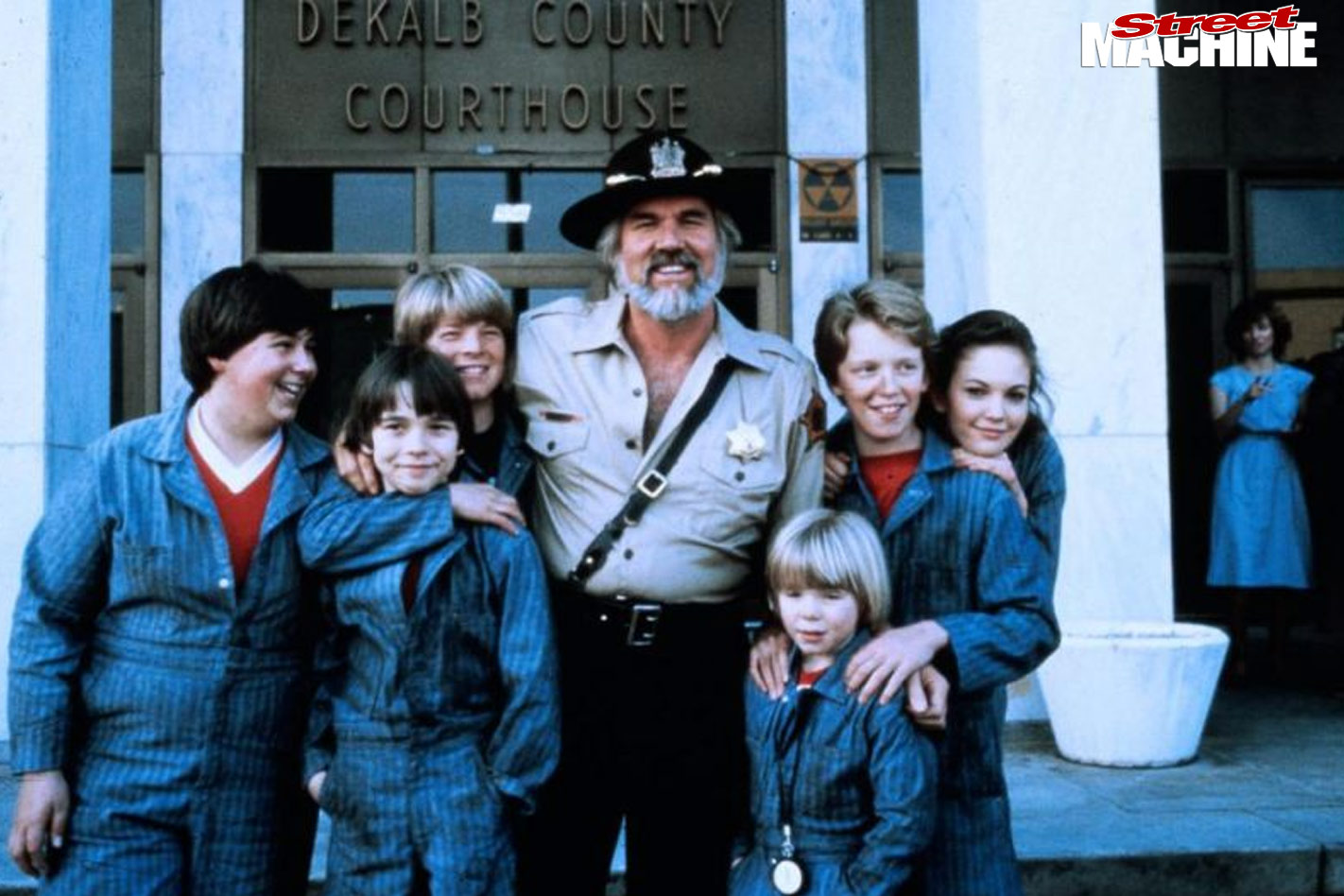 Plot:
A former champion driver becomes the accidental caretaker of six orphaned kids as he attempts to return to the professional circuit