THERE is a clear advantage to being a second-gen car nut. Having a dad who is just as into cars as you are sure beats having one that keeps asking you: “Why are you spending all your money on that heap of shit?” Gary Zahra is one of the lucky ones: his dad has a bunch of cars in the shed. Admittedly, they’re not all running, but his passion and determination to build the best car he can has been passed down to his offspring. The result is this stunning ’64 Chevy C10, unveiled at Summernats 2015. The story begins when Gary headed to the US for a holiday with his girlfriend. “We ended up searching through many Goodguys shows and swap meets, waking up at 4am so I was the first one there, and we eventually found my C10,” Gary says. “I had it resprayed in the US to save some money but after bringing it home it turned out that the quality of that US paintjob wasn’t real high – but then neither was the price.” Gary’s original plan to “just lower it and put some wheels on it” soon turned into a lot more. “Dad and I stripped it down to a bare chassis, chopped out every crossmember, and fitted a Porterbuilt modular suspension system with a front and rear notch. Then we installed the airbags and got it back on the ground as a rolling chassis.” 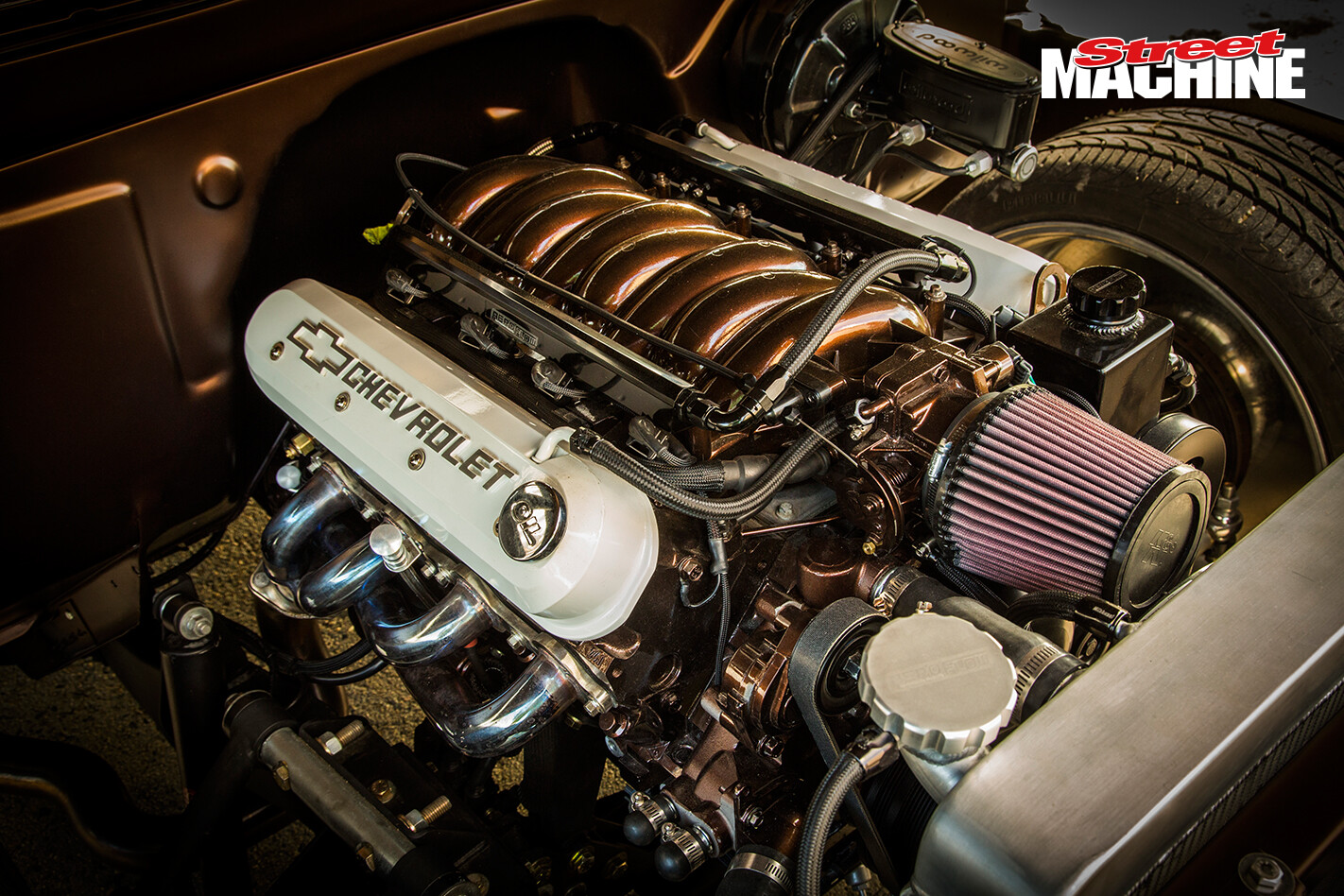 As the rear needed a respray anyway, having incurred a nasty scratch, Gary saw an opportunity to spruce it up. “We took it to D-Street Designs who suggested we put a false floor in the back and at the same time have the shape of the Styleside continued around the back of the tray.” 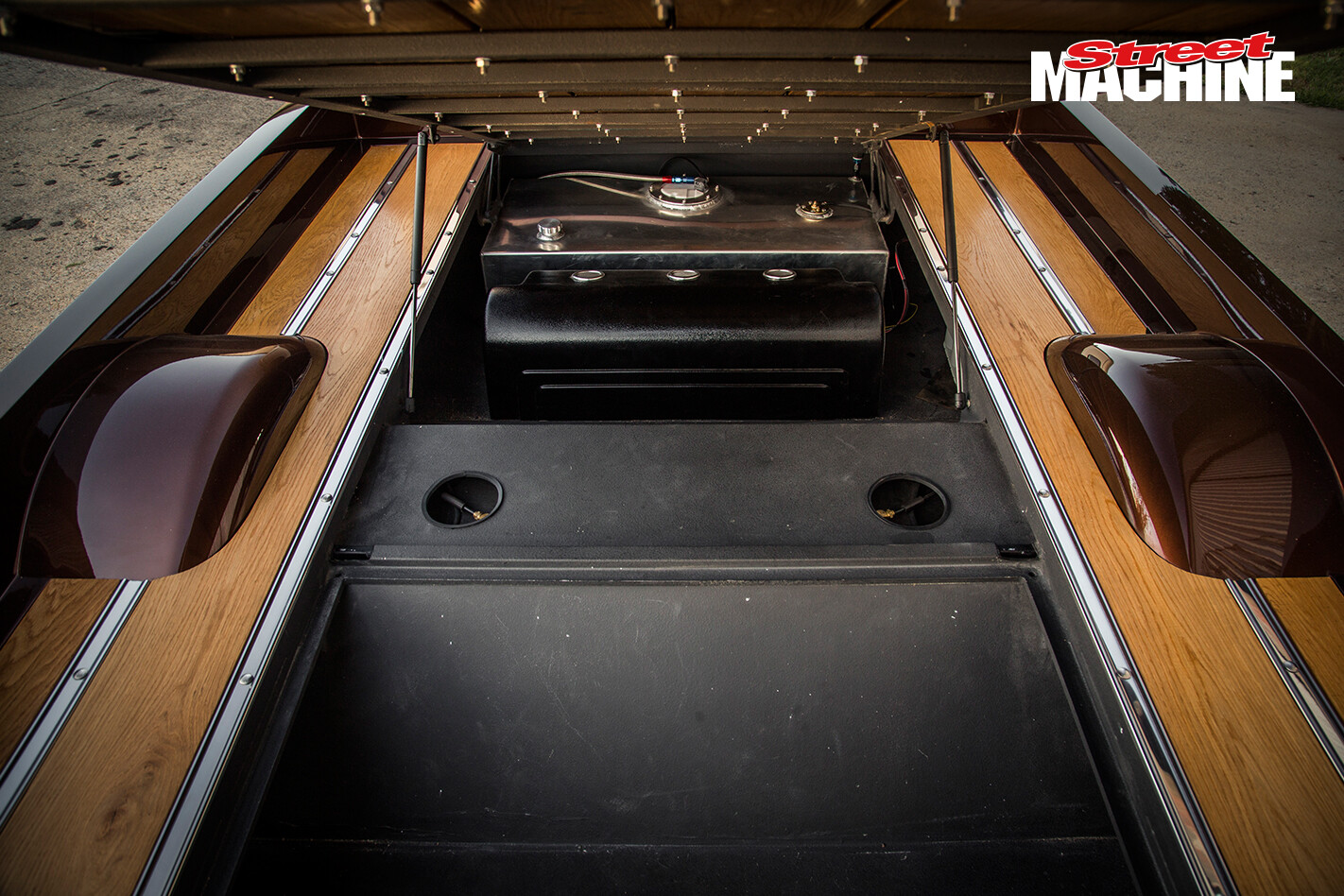 With everything else getting upgraded, Gary thought he might as well change the motor, too. “I did some mods to an LS1, rewired it with a plug on the firewall for easy removal, made some engine and gearbox mounts, a custom tailshaft, and then we made the 2.5-inch stainless exhaust system.” Gary then took the truck to Fat57 Customs to get the bodywork finished off, and that’s when it was decided to put some extra detail into the chassis. So with the body off, Gary took the chassis back home and went to town on it. “We shortened all the crossmembers to box the whole chassis, and took off edges and metal where needed as the chassis rail isn’t the same width along the whole length. We kept going until there were no imperfections.” 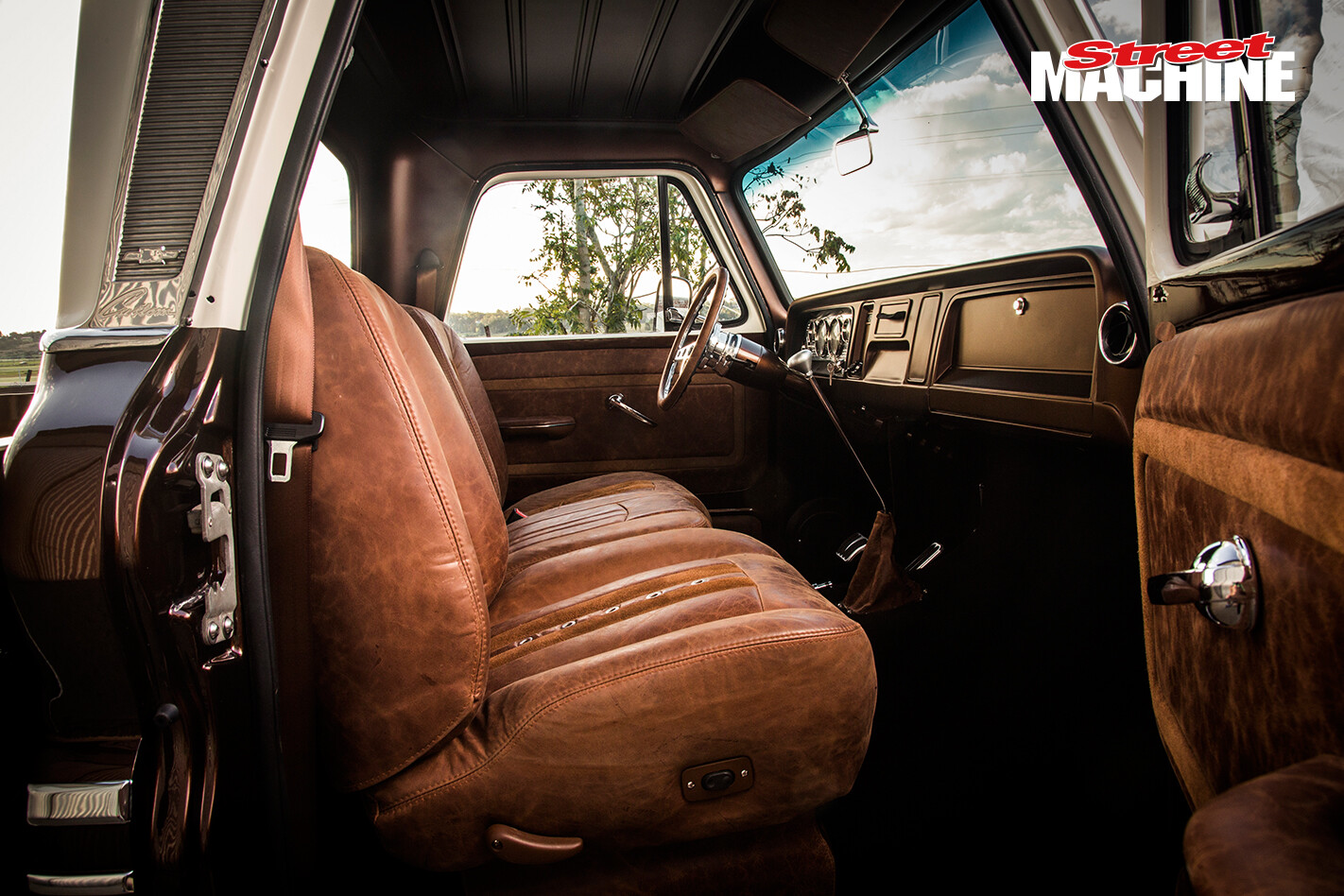 Just as well Gary decided to go down that path, because the body had copped a bit of attention as well. It might look pretty standard at first glance, but every edge has been sharpened, the door jambs smoothed and the custom work on the back of the cargo bed just makes it. That peaked body line has been carried right around the back and the filled tailgate now sports a set of ’94-’99 Cadillac DeVille tail-lights – the same type favoured by minitruckers – mounted upside down. As the US paintjob wasn’t up to snuff, a respray was a given. But colour selection was one of the hardest decisions; it was eight months before Gary found a shade he liked. “The first paintjob was a champagne colour, but I saw a truck in Street Truck magazine that was painted PPG Sunset Bronze and I thought it looked spot-on,” he says. “Everyone was telling me when I was building it that I should spray it some crazy colour, but I wanted to keep it old school. When I found this colour, it still has a bit of both; it really suits it.” With only three weeks until the ’Nats, Gary finally got the truck back in his shed for final assembly. “Me, my dad and some awesome friends like the Hayeses went hard at it to finish the truck. I was working 16 hours most days and Dad was working on it before he went to his nightshift. So many things needed to be done and we couldn’t do them without the truck in the shed. With only three weeks to do it, including Christmas, it nearly broke me and my relationship!” Thankfully it all worked out in the end and Gary still has his awesome girlfriend – now his fiancée – by his side. The interior also stands out. It’s like the rest of the build – updated and modernised, but it still looks like a ’64 Chevy C10. The seats are out of some full-size American barge and could double as lounge chairs, but Gary wanted a bench seat, so he and his dad cut down an old EL Falcon bench to get the centre seat and fold-down armrest. He then took it to Hawkesbury Auto & Marine Upholstery, along with his ideas, and they modified the shape of the seats before wrapping the whole thing in brown distressed leather, with some cool details added by flipping the leather and using the suede side. The Classic Instruments American Nickel-series gauges provide a lot more info than the stock dials and tie in nicely with the bronze and brown tones of the paint and interior. The Billet Specialties wheel has been wrapped in matching distressed leather, while a Lokar shifter selects the gears in the 4L60 trans. What really sets this truck apart are the wheels. Gary originally had a set of 20-inch five-spoke Foose Legends, but then he saw the Smoothies and had to have ’em. “I liked how they looked like an old wheel with a hubcap, so I ordered some, but they got delayed with shipping and only arrived three days before Summernats.” That might sound like heaps of time, but Gary still needed to paint them and get the tyres fitted! Even though the wheels are 22x9, they don’t look oversized on the long bed pick-up. Gary finished them off with a set of ’56 Chevy pick-up hubcaps.

Fortunately, the C10 made it to Summernats, where it scored a Top 60 spot as well as Top Pick-up – a fitting validation of all the hours of hard work and heartache that went into the build.