REGARDLESS of the roads we travel, we all now live in fear of copping that dreaded speeding fine. Our modern-day awareness of the presence of speed cameras does tend to keep our road behaviour in check, so in that way they are having a positive effect. But the actual application and positioning of these units grinds my gears. Back in the old days (I’m old enough to say that now) you had at least some chance to legitimately explain your actions or try and bullshit your way out of a ticket – hey, it’d be un-Australian not to try – by pleading your case to the copper holding the radar gun.

But nowadays these cameras can ping you and you won’t even know about it until you receive a letter in the mail weeks later. The powers-that-be talk up automated speed cameras as being a vital tool in curbing the road toll, but we all know it’s really about revenue-raising. Speed cameras, whether fixed, mobile or handheld, are often used on safe or quiet stretches of road that can handle a few extra kays over the posted limit by people who aren’t dipshit drivers, instead of on blackspots or busy suburban areas that genuinely require monitoring to keep drivers and pedestrians safe.

My last blister was for 121 kays in a 100 zone, passing a bloody caravan in a marked overtaking lane out in the middle of nowhere; I was working for free that day, at nearly 400 bucks and four points. This nimrod had been meandering between 20-30 km/h under the limit in the single lane for a solid 20km, but miraculously found an extra 300hp and 30km/h once we hit a safe, clear, designated overtaking lane. I had to plant my foot to get past in time, then resumed my 100km/h after merging back to a single lane. Sure enough, once the magical magnetic force that makes slow vehicles quick in these purpose-built lanes had ended, he resumed his constant yo-yoing at 70-80km/h. 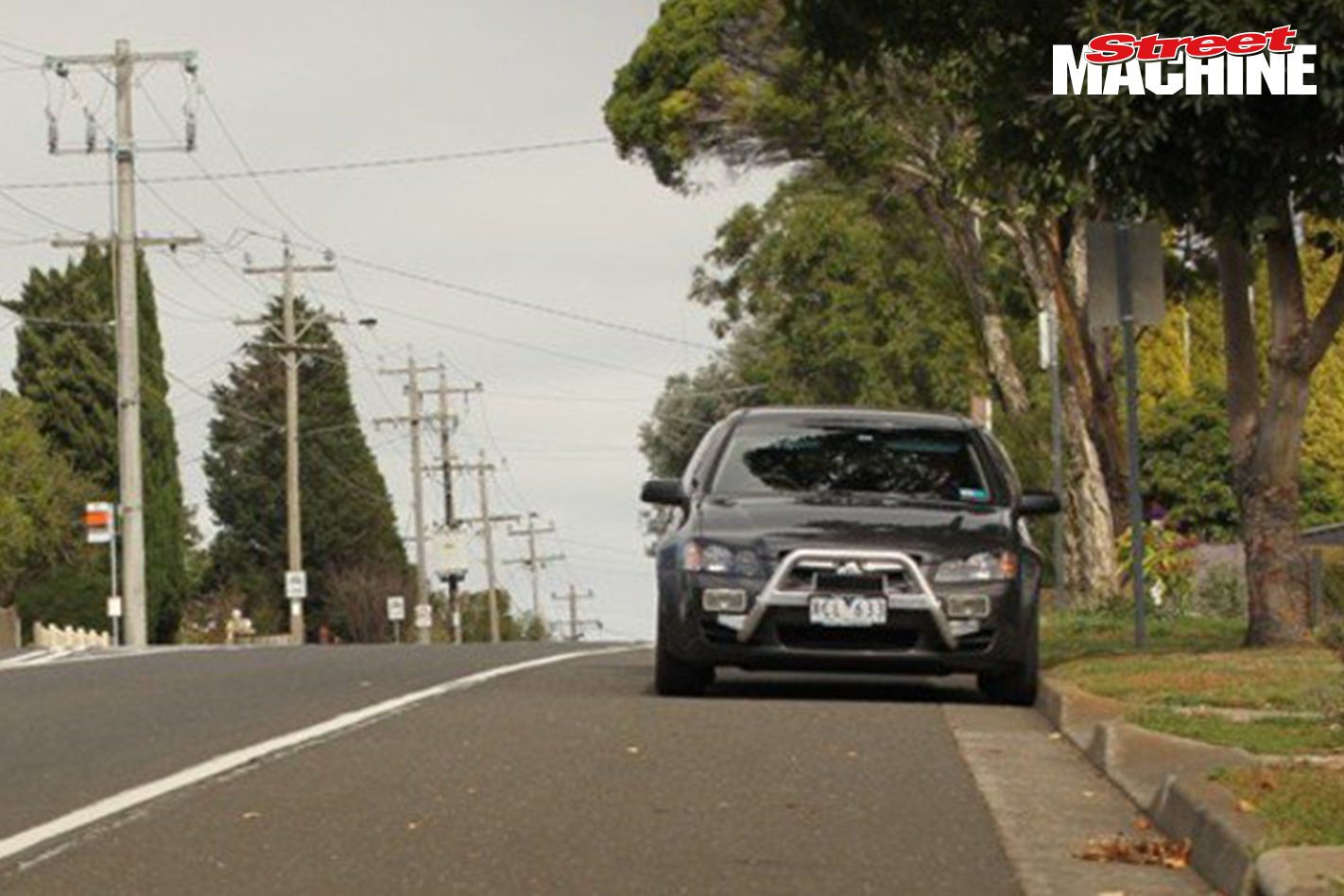 It was too late for me though. My burst on the throttle coincided with a speed camera van taking happy snaps and I was busted. Placing that van there was poor form, no question. I chose to wait until a safe designated area was at my disposal to overtake, instead of risking my life and someone else’s by hauling around him on the wrong side of a tricky section of road – yet I get pinged as the ‘danger’.

Okay, I’ll admit the catch-cry ‘Are you driving too fast for the unexpected?’ is a genuine concern, but often the ‘unexpected’ is navigating the crappy actions of other drivers. If those in power are serious about reducing the road toll, then start smashing the issues that really cause road crashes: distraction and drink/drug-driving.

I’d rather have someone glide past doing a few too many kays over the posted limit than texting their mate or updating their Facebook behind the wheel, so why not make phone use while driving an immediate loss of licence? It might improve some people’s reaction times when the traffic lights turn green, too.

As for drink-driving, my answer is simple: Just make it zero blood alcohol content across the board. It’s hard to stuff up counting your drinks when you can’t have any to start with! 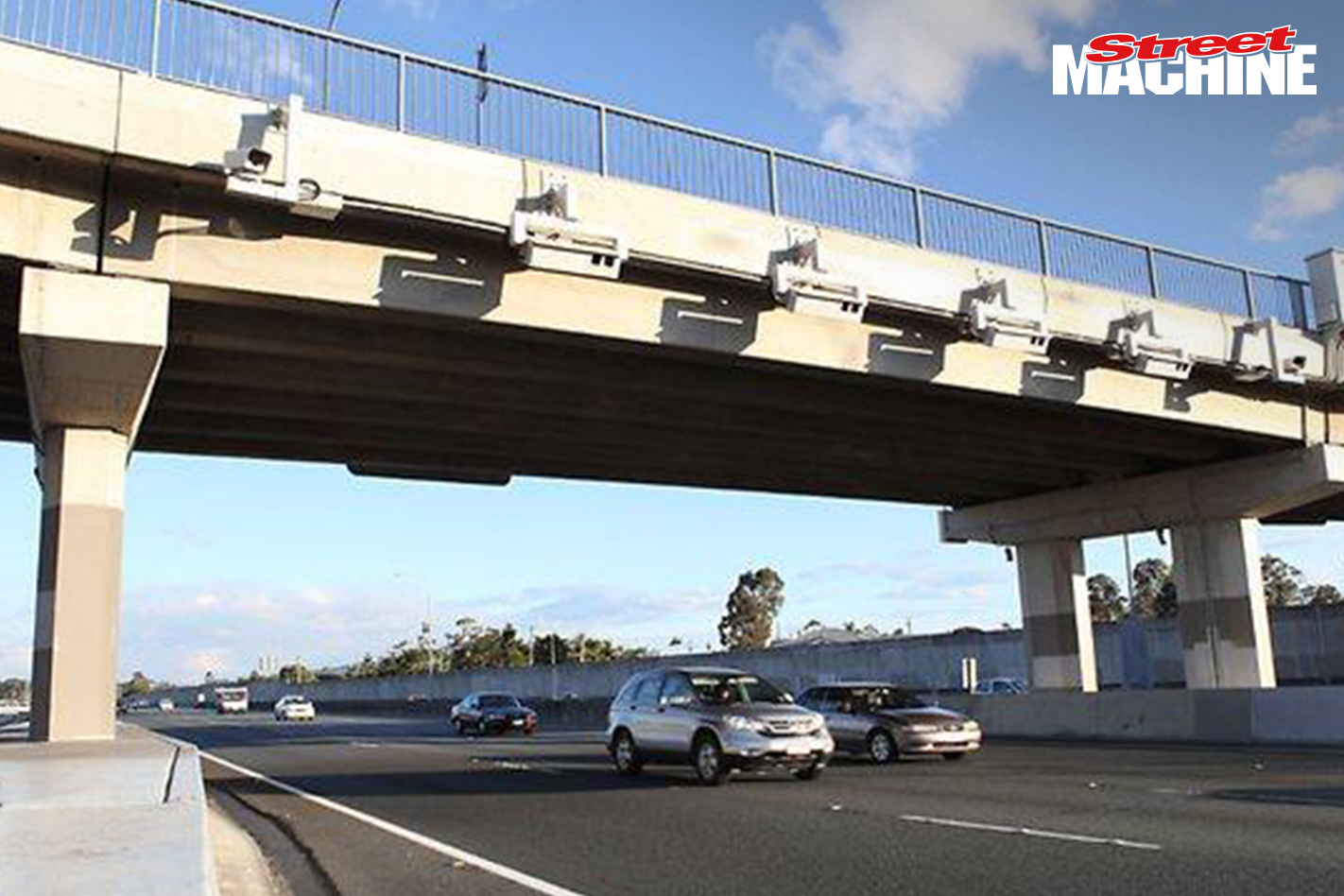 Of course there are those who will never care for the law or the safety of others and will cause fatalities, but targeting the real issues to modify driver behaviour would certainly have a more positive impact on reducing road deaths than nailing some Joe Public who slips over the speed limit coasting down a hill.

Of course I write this with the hindsight of age, and figure any time I get caught now makes up for the numerous times I got away with it as a young bloke. Yes, I’m sounding like a hypocrite, but sometimes lessons are learned without the need for fines and points. Besides, distraction back then was a hot chick walking down the footpath or you flipping a cassette; you weren’t typing a spiel into your phone or posing for a selfie.

Back in the day we nicknamed a local stretch the ‘Samford Road Dyno’ for testing pre-Willowbank tune-ups. I cringe now when I reflect on what could have happened laying down full-power passes in everyday suburbia.

Sometimes I was that lucky it was just comical. One Saturday morning back in the mid-1990s my best mate Paul and I were scooting along Patricks Road at Arana Hills in Brisbane’s north-west. It’s a pretty straight stretch, but has a series of decent flowing hills that rise and fall like a sine wave. Police at the time were using EF-era unmarked XR6 Falcon sedans for mobile speed detection, with a cylindrical black radar unit hanging from the top of the right rear passenger window. 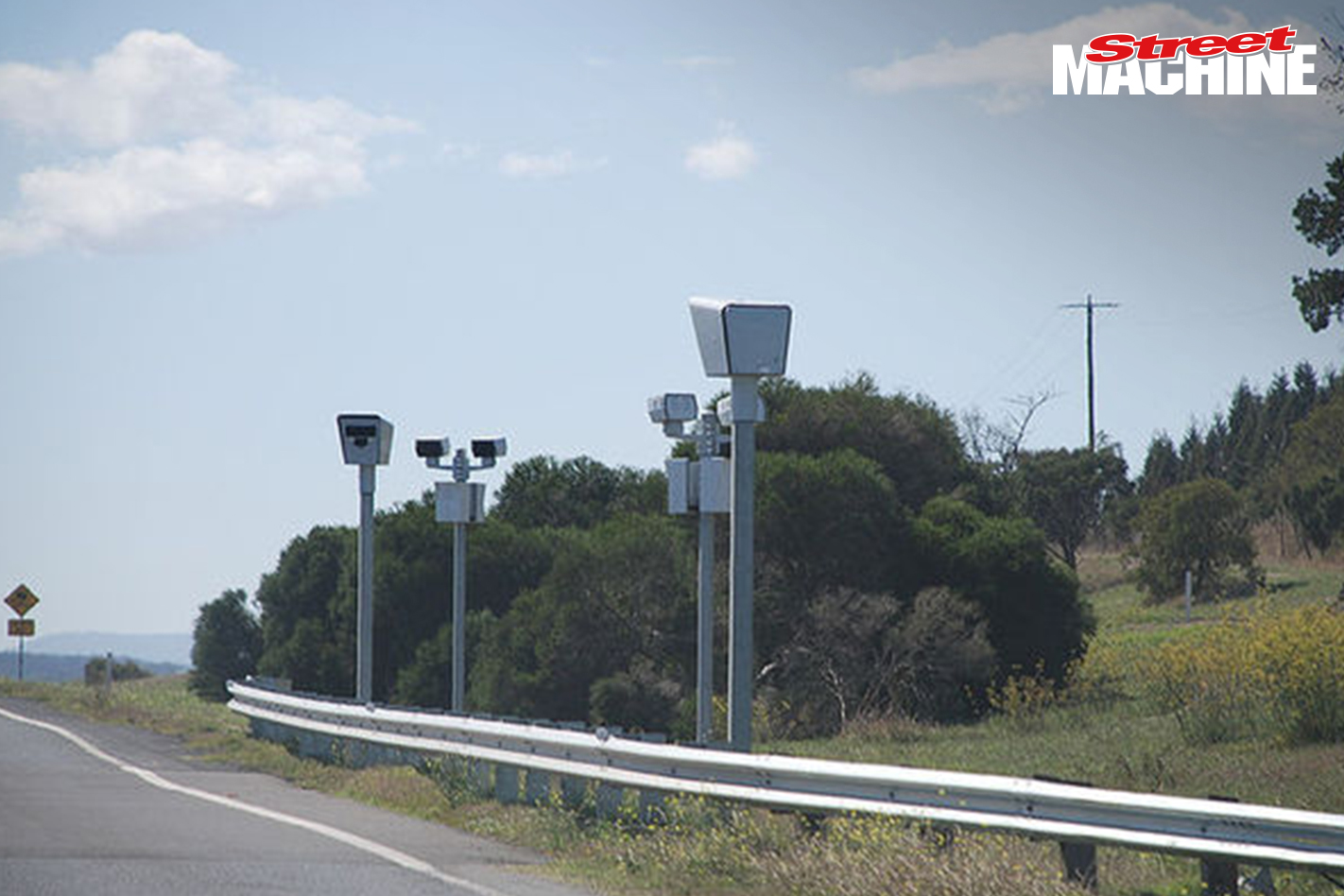 I had my Valiant hardtop nudging 70 in a 60 zone this particular morning, and sure enough, we came over a rise to see a white XR6 Falcon with a black thing at the right rear window coming towards us.

“Cops!” Paul yelled. I spotted the Falcon starting to brake, so I immediately hooked into the next left side street in a vain attempt to foil any radar beam.

Sadly, five metres of Valiant taking a 90-degree corner at questionable speed on a greasy road was always going to be fraught with danger, and we looped out immediately. Our 180-degree spin into that side street amazingly saw us stop near-perfectly in the gutter now facing Patricks Road, where I could see the front of the XR6 waiting to turn.

I let out a sigh and got ready to face the music for my stupidity. I was thankful that no other cars or people were put in harm’s way by my actions, and apart from some flat-spotted tyres, my Valiant survived unscathed.

Paul and I sat in stony silence; he knew I was screwed too. As the Falcon made that fateful turn through the lingering tyre smoke, I knew I was in for a speeding fine for sure, and probably a dangerous op charge as well.

But hang on; something was amiss. Why was this police officer wearing a floral dress, and what is that pink thing hanging off the radar?

Oh. As she drove by staring at us, we stared back, grinning like dickheads at this random lady in her XR6 with a dog in the back seat, its black head hanging out the half-open rear window, pink tongue flapping in the breeze. 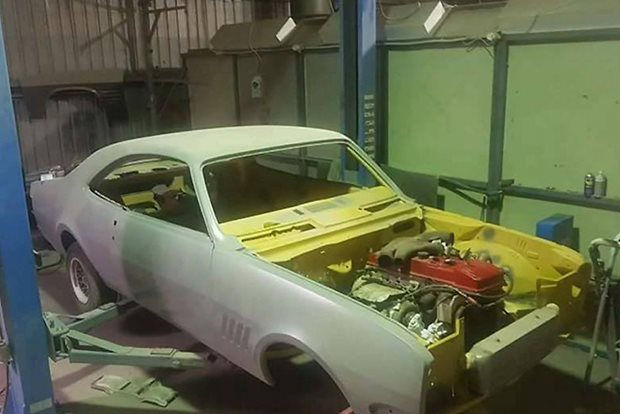 Barra the rest of the world by all means, but a Monaro? 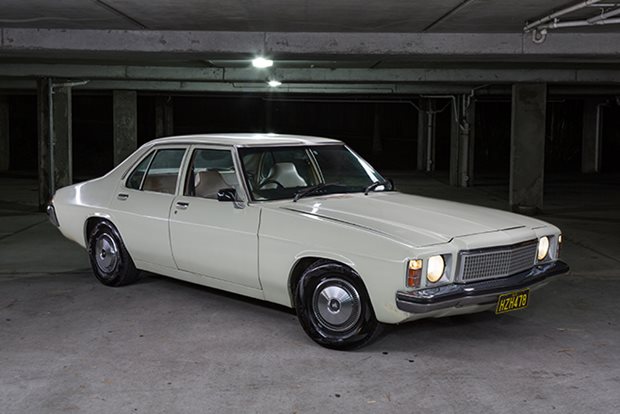 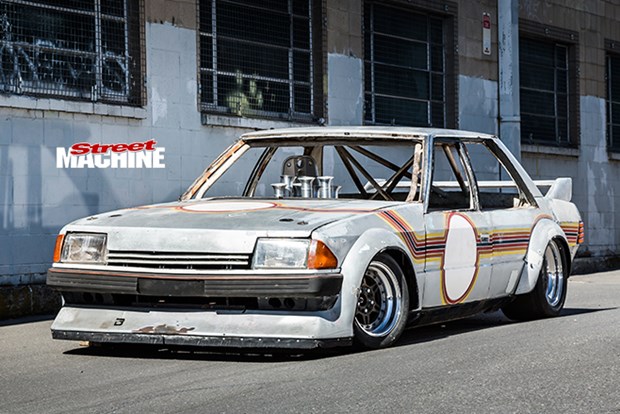