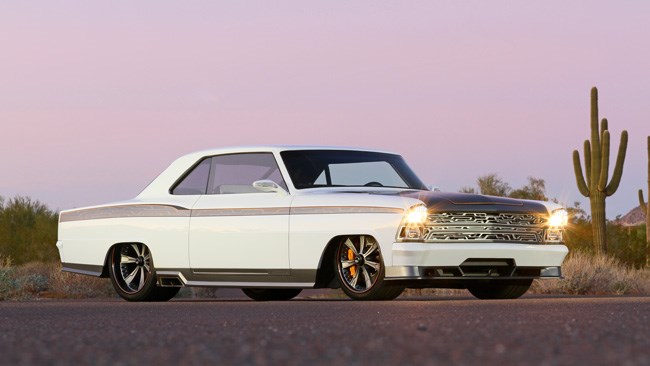 ANY Street Machine Of The Year award is a top accolade. This earth-shattering Chevy Nova scored the Goodguys SMOTY title in 2011 and if you don’t know, that’s American so it’s a pretty big deal.

ANY Street Machine Of The Year award is a top accolade. This earth-shattering Chevy Nova scored the Goodguys SMOTY title in 2011 and if you don’t know, that’s American so it’s a pretty big deal.

In the world of big-dollar builds, it’s a challenge to come up with something different, a car that’s new and exciting yet appeals to the masses and performs as well as it looks. Something creative, imaginative, innovative. Illinois’s Roadster Shop took up the challenge with this ’67 Nova.

“This car is a high-end show car with some race car attributes,” Roadster Shop owner Phil Gerber said. He was driving it at the Goodguys event in Arizona where we photographed it. It’s a customer’s car but Phil uses it to display the extent of what his shop can do.

“The customer had it for about a month then we took it to SEMA,” he said. “When he had it he called us to let us know the speedometer works up to 150mph! He’s been having fun playing with Porsches and Lamborghinis on the highway. The amount of rubber under the rear quarters when we got it back was a testament to how he uses it.”

Getting a classic muscle car like the ’67 Nova to perform better than a new Corvette ain’t easy. The Roadster Shop started with one of its Fast Track replacement chassis, featuring wishbone and coil-over IFS, rack and pinion steering and a custom three-link and coil-over rear. However, the chassis has many custom features for Innovator, including one-off side rails to allow for side-exit exhausts.

A 700hp, 454-cube LSX engine provides maximum mumbo to the Michelins via a T56 Magnum ’box and a Truetrac-centred nine-inch diff. The engine and front end components are concealed by fitted panels that also cover the intake plumbing drawing fresh air from intakes and filters at the rear corners of a matt-graphite bonnet that’s had the peak removed from its centre.

The body has had some radical work too, including a roof chop and that TRON-like grille. For all the details, check out the May issue of Street Machine. 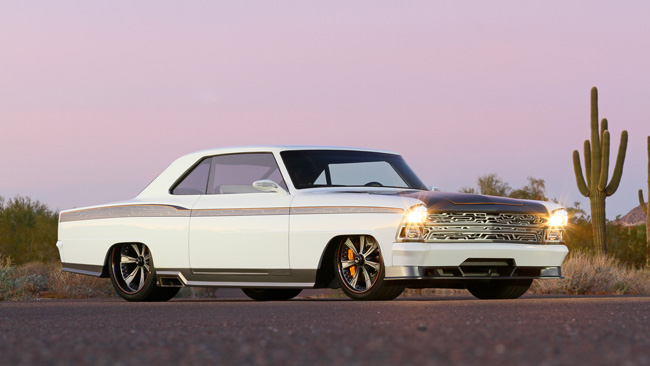 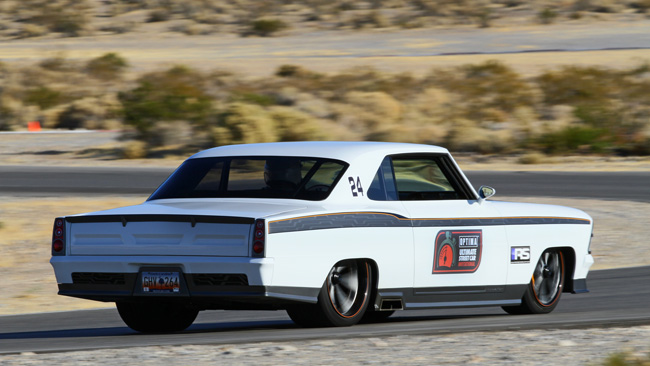 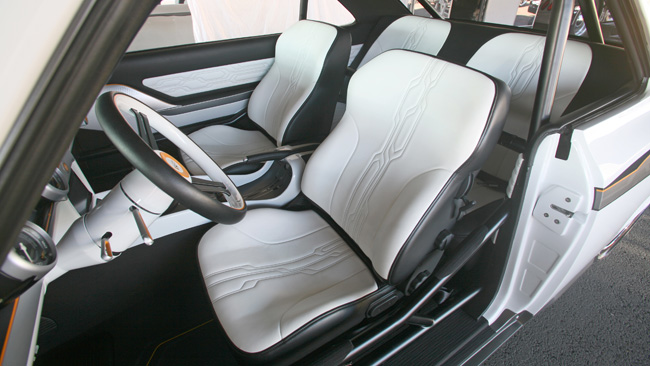