I remember the instant I clapped eyes on Ian Saxby’s HD sedan delivery. It was Wintersun 2010, and it caught me like a deer in its headlights. The car had the sort of instant visual appeal that custom car crafters get paid big bucks to deliver yet it had nought but a set of 17in wheels and a ground-hugging stance to differentiate it from a stocker. 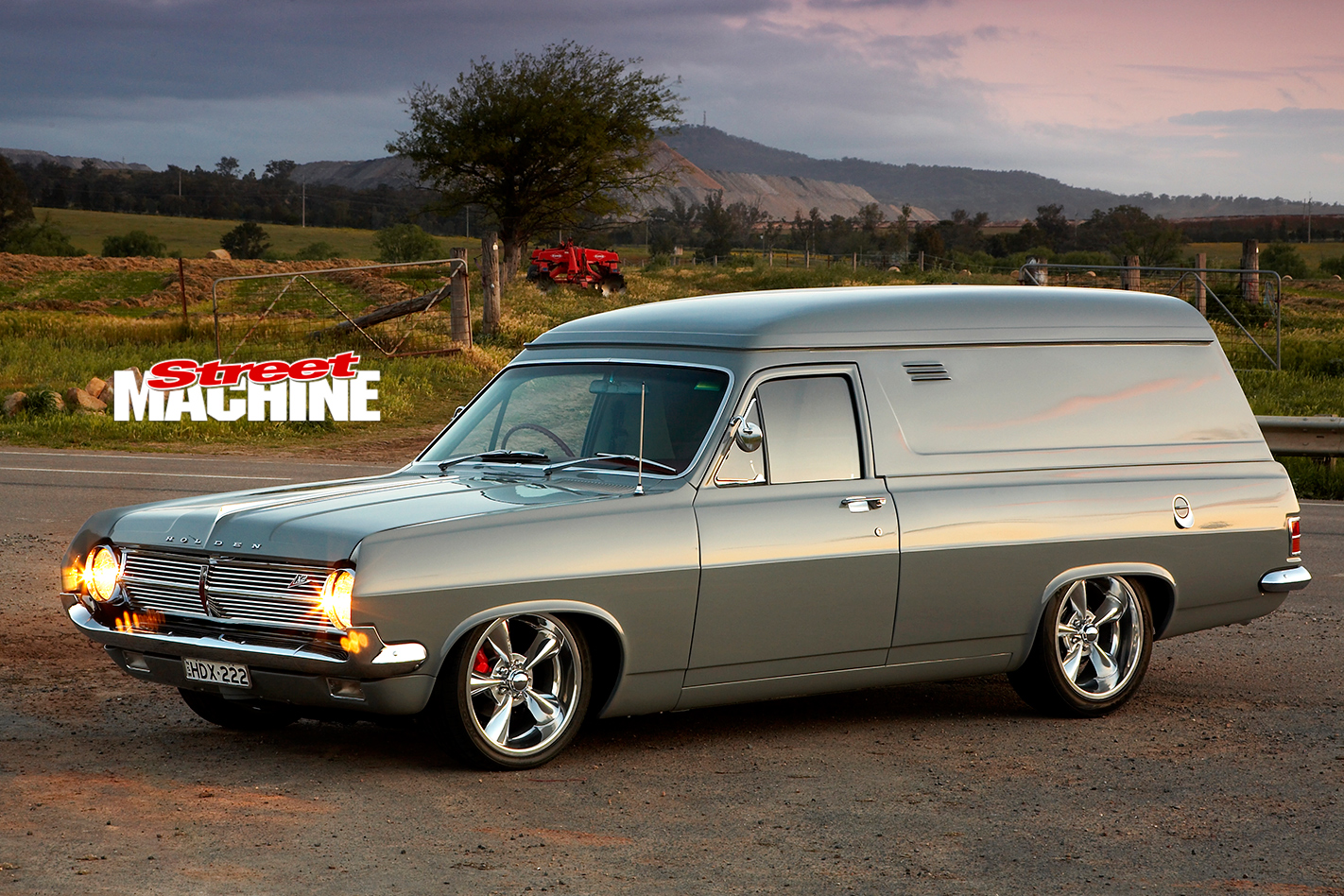 The car stood out for charisma all its own; at Wintersun that takes some doing. It’s built almost to factory specs, with a few period additions — mostly genuine Holden parts — and it’s detailed to perfection. Being an unusual body shape helps but most of the car’s appeal comes down to the mind-blowingly fastidious restoration. 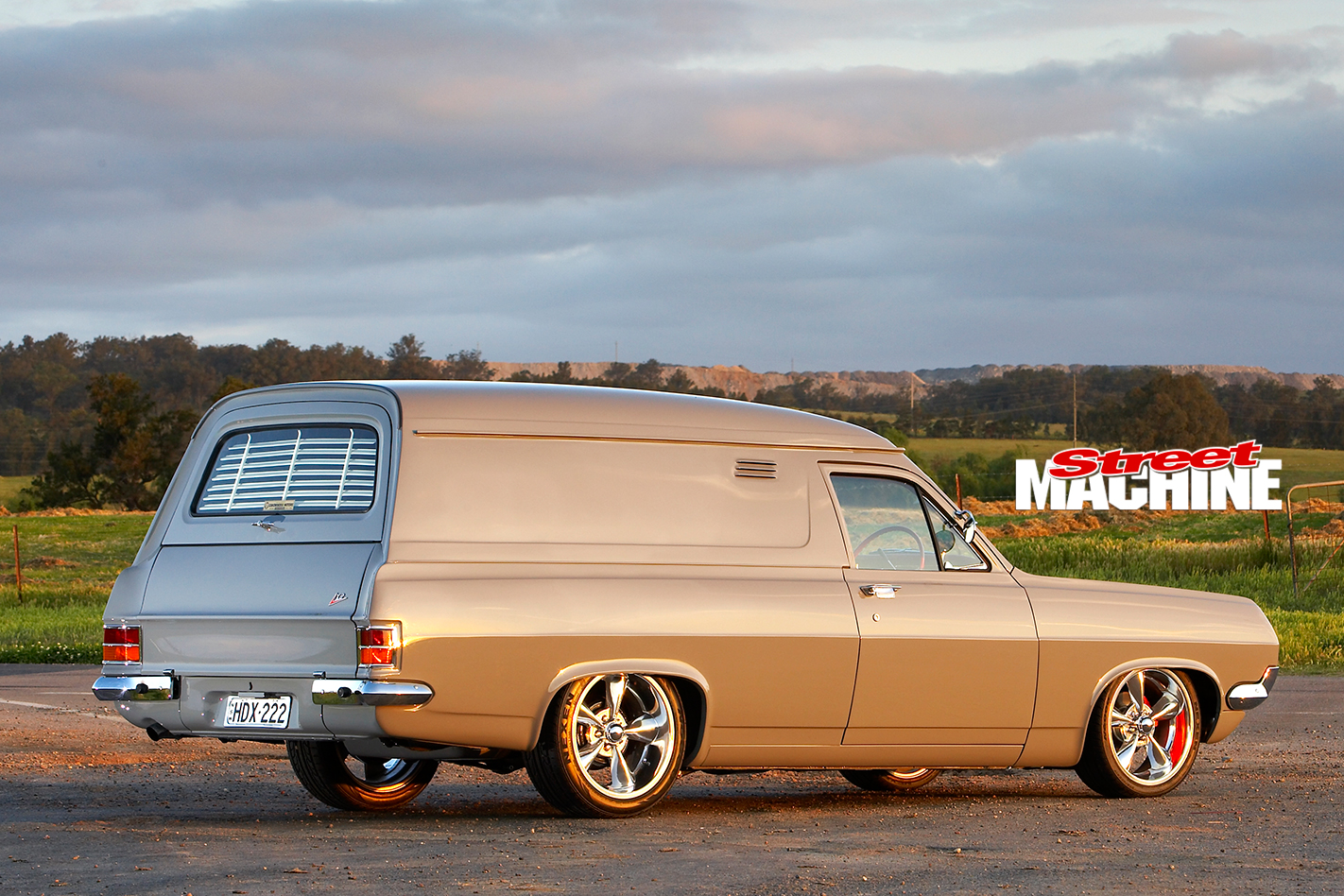 The man responsible is Craig Saxby, Ian’s son. “The old man is in his early 60s and he’s been into Holdens for years. He wanted a van to take gear to swap-meets, although most times he’d take nothing and bring back a ute-load, as you can see by all the NOS parts on this vehicle!” 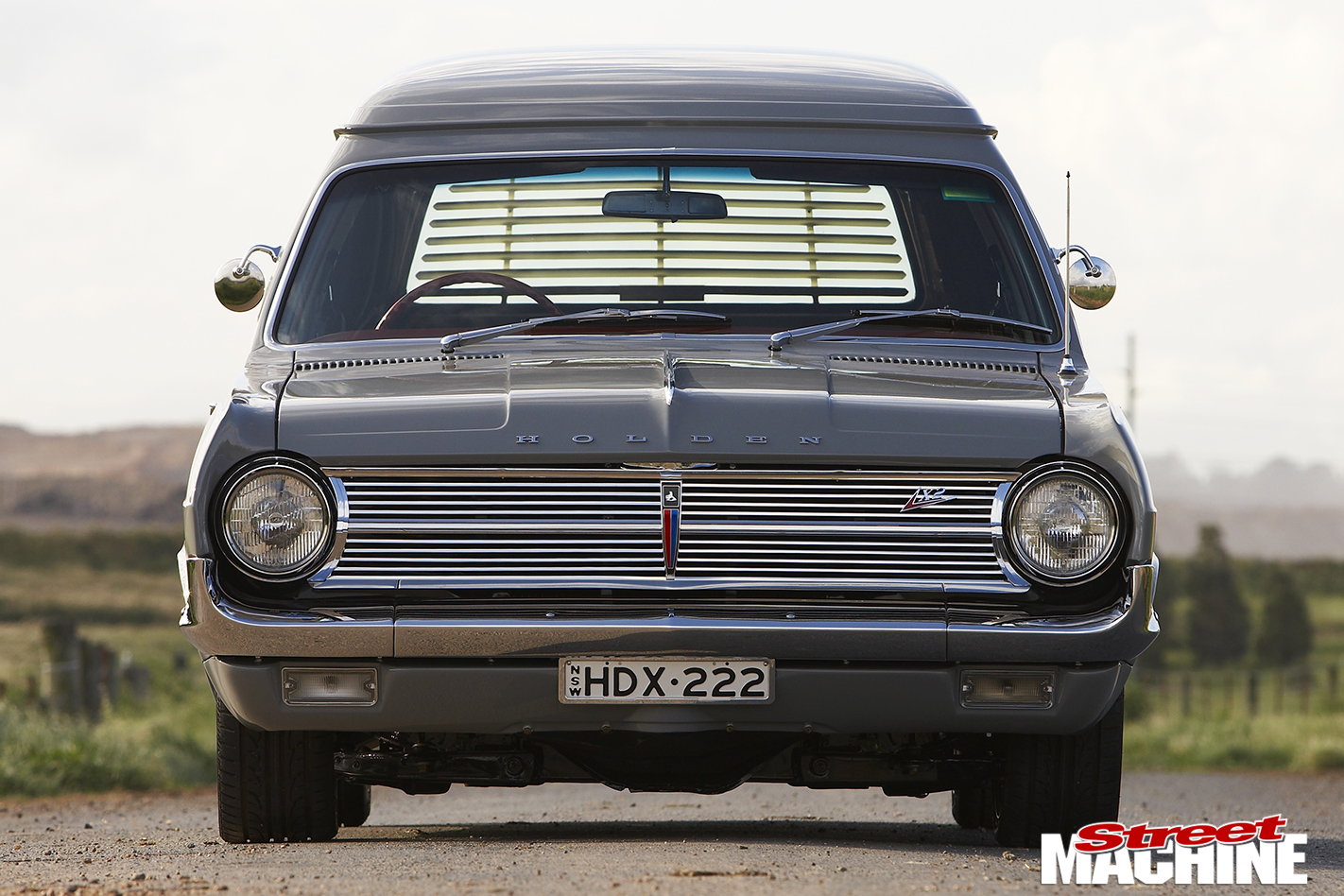 Ian located the van interstate, and after seeing some photos he decided it was worth his cash. The body was almost rust-free but everything else was junk, even though it’d been in one family since new. “The moral is not to buy a car sight-unseen.” 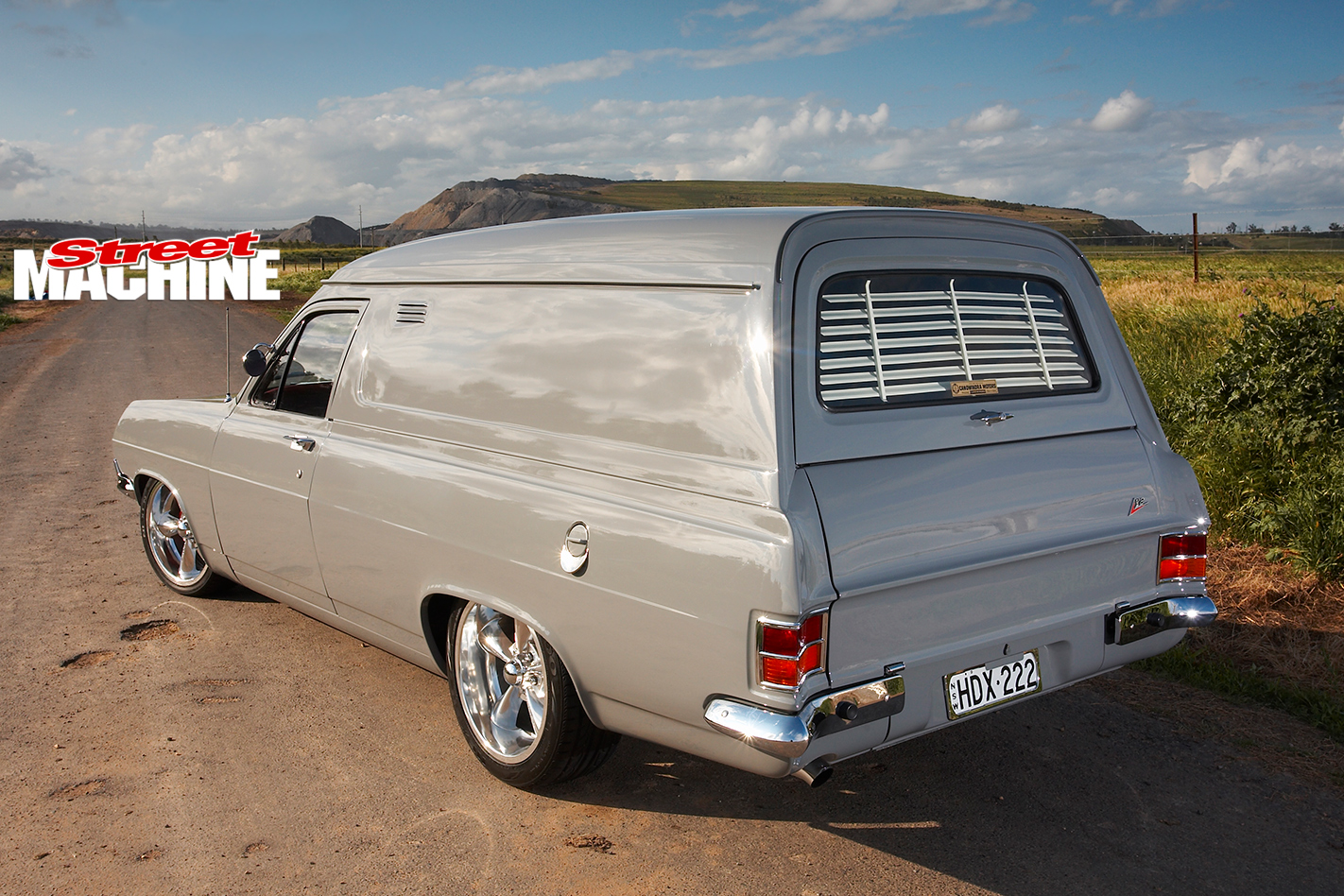 Although Craig now works in construction, he’s an automotive painter with 20 years’ experience. Even so, the resto was a formidable task. “I spent three weeks in the shed just staring at it, wondering where to start!” he jokes. Plan A was a quick tidy-up. Plan B was a two-and-a-half-year rotisserie job. 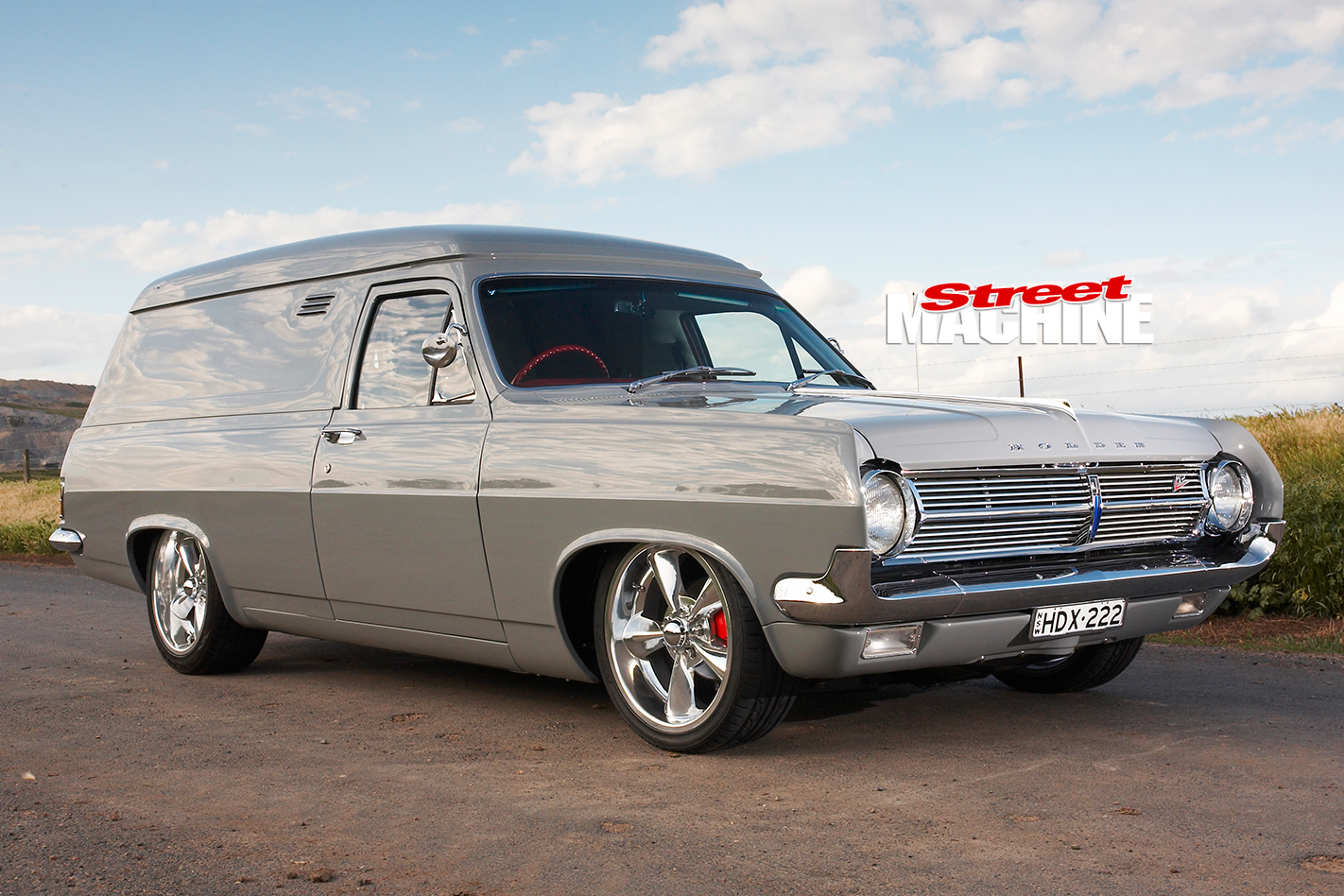 “A good mate owns Marriot Smash Repairs and he gave me the run of the joint after hours.” With a panel shop at his disposal, Craig invested more than 500 hours in panel and paint, knocking the body into shape and spraying it in Spies Hecker Permacron Lismore Grey, as per the original tags. 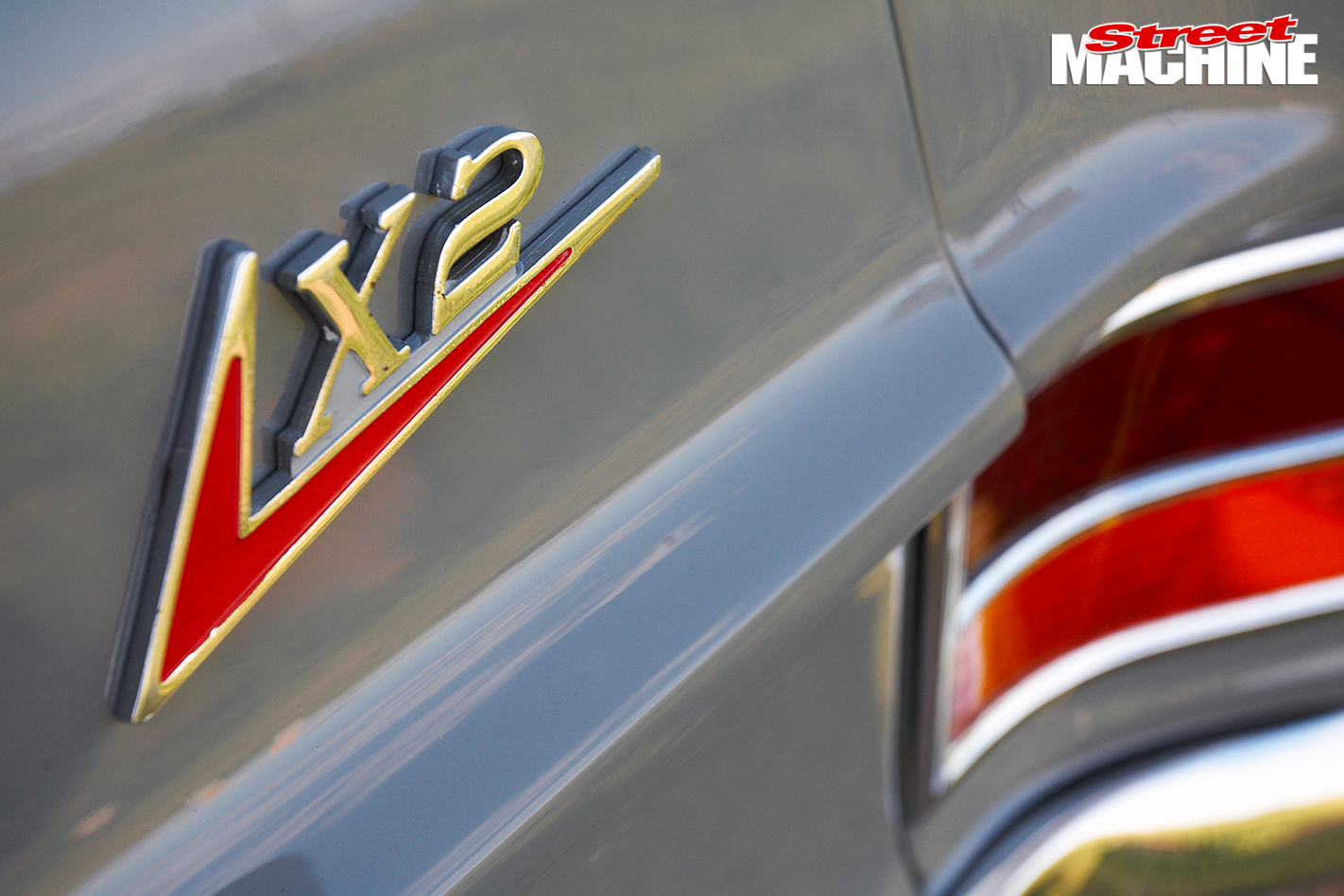 They used new old stock wherever possible — badges, tail-lights, gauge faces and dash garnishes had never been used before. Many parts came from Ian’s collection but a lot of time was spent chasing parts for the full X2 fit-out, including the correct X2 kickdown rod for the Powerglide. 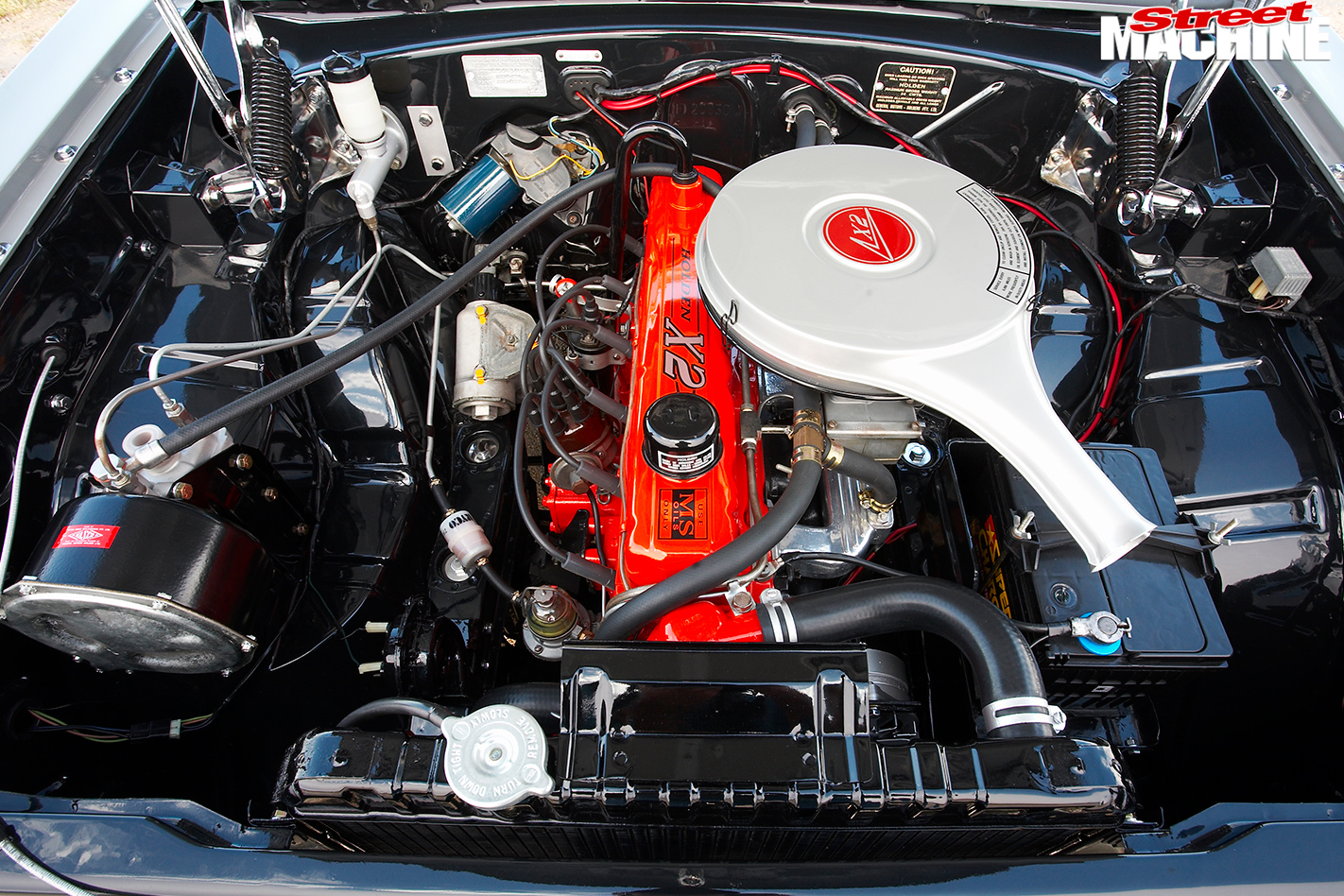 The block is a genuine 179X-prefix X2 motor with matching carbies, X2 inlet manifold, headers and air cleaner — it’s as close to factory as they come. 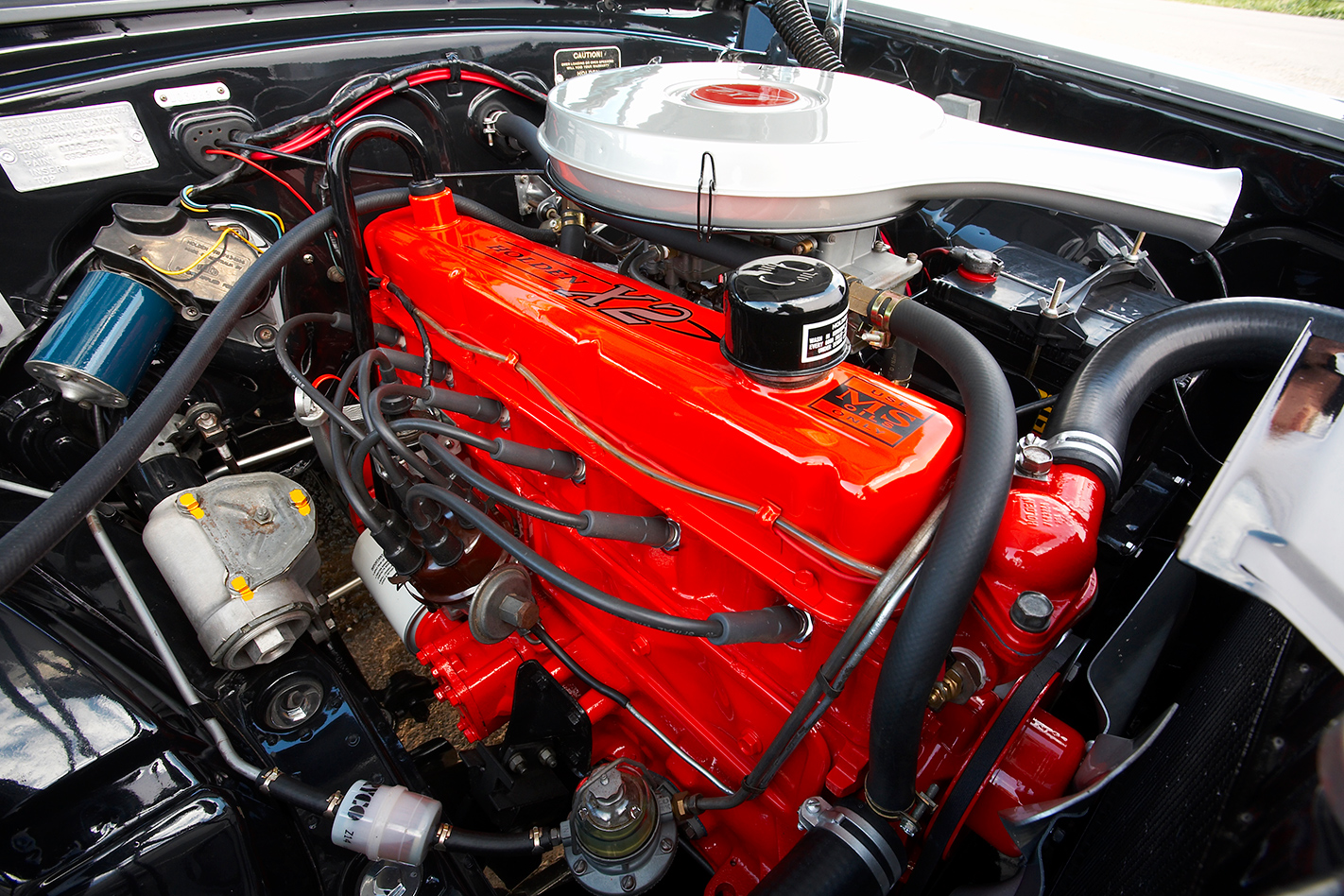 “Dave at HR Parts & Stuff helped with hard-to-find parts. He reproduces the linkages and knew that X2s had black choke cables, where HDs and HRs had clear ones. He was a big help.” 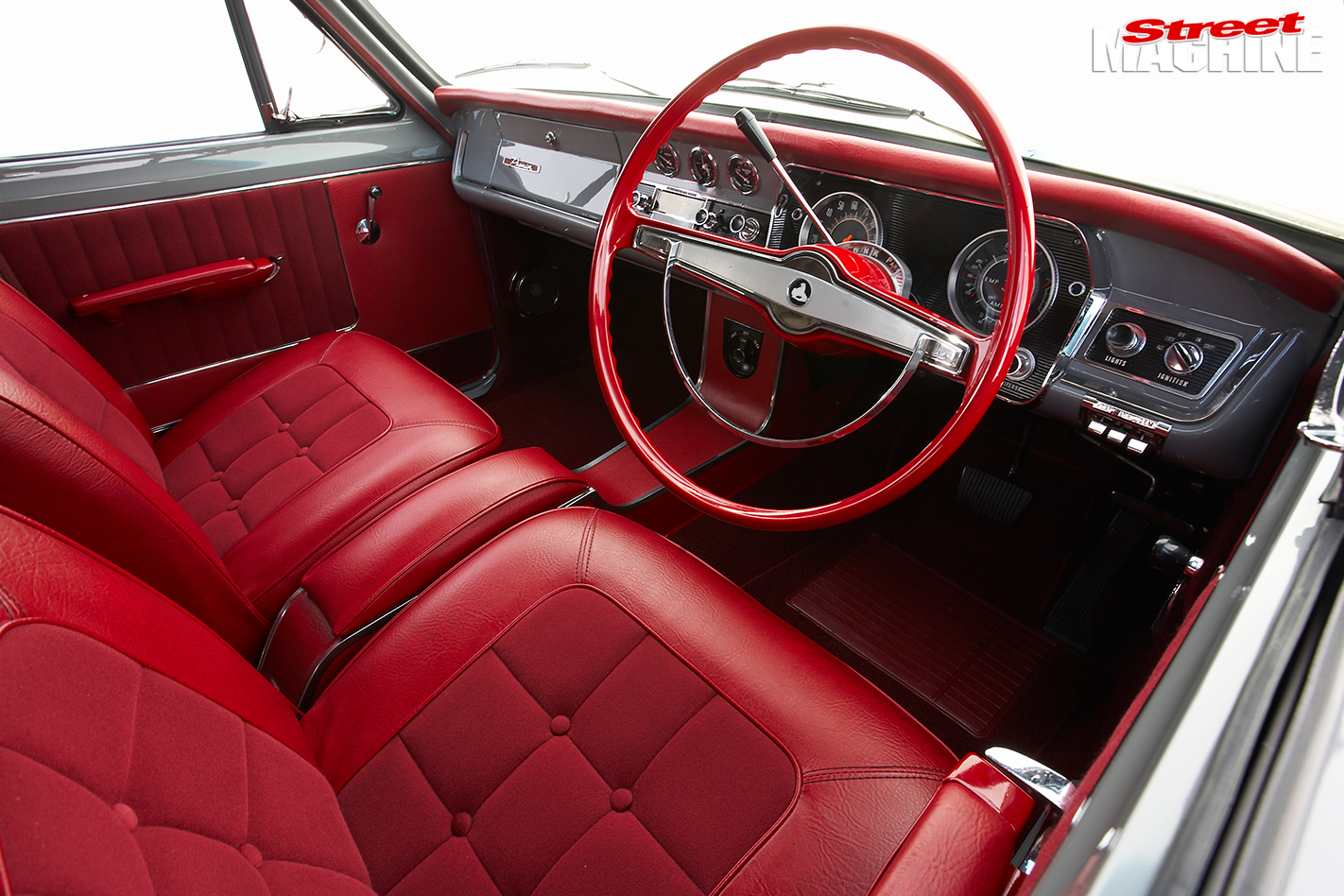 The cabin wears full HD Premier equipment as Craig was concerned that it’d look a little plain with the standard bench. Premier buckets and new door cards were trimmed in the right red vinyl by Tidy Trim, with factory-style Prem buttons on the seats and original patterns and brightwork on the door trims. 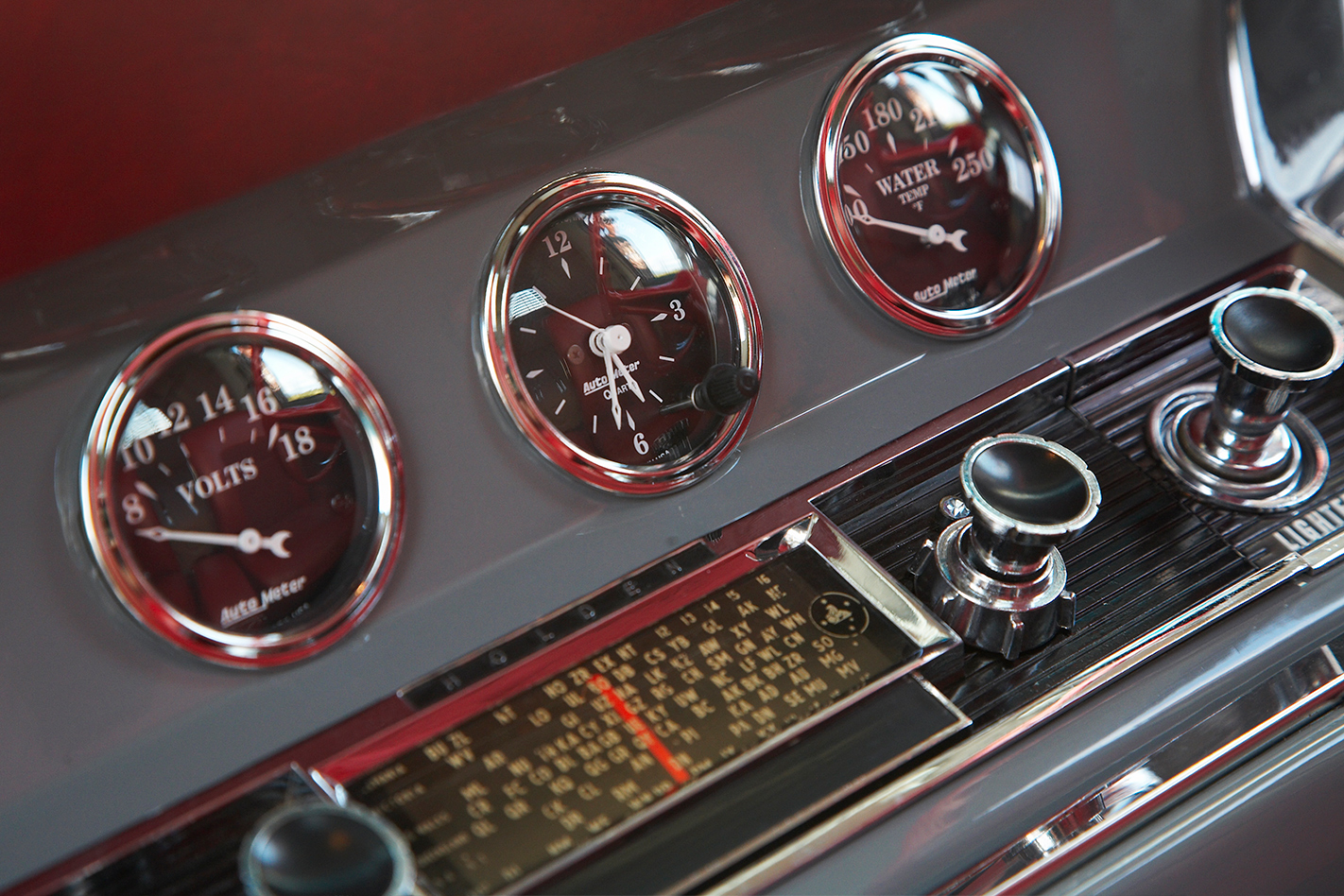 A classy Premier tiller got the nod, along with a genuine HD Premier Diamond Dot AM radio, painstakingly reconditioned by John Carr Radio Restorations. John also supplied the 1960s chrome-faced 8ohm speakers in the kick panels. “They’re not your average door speakers — they’re super-rare and John didn’t want to let them go.” 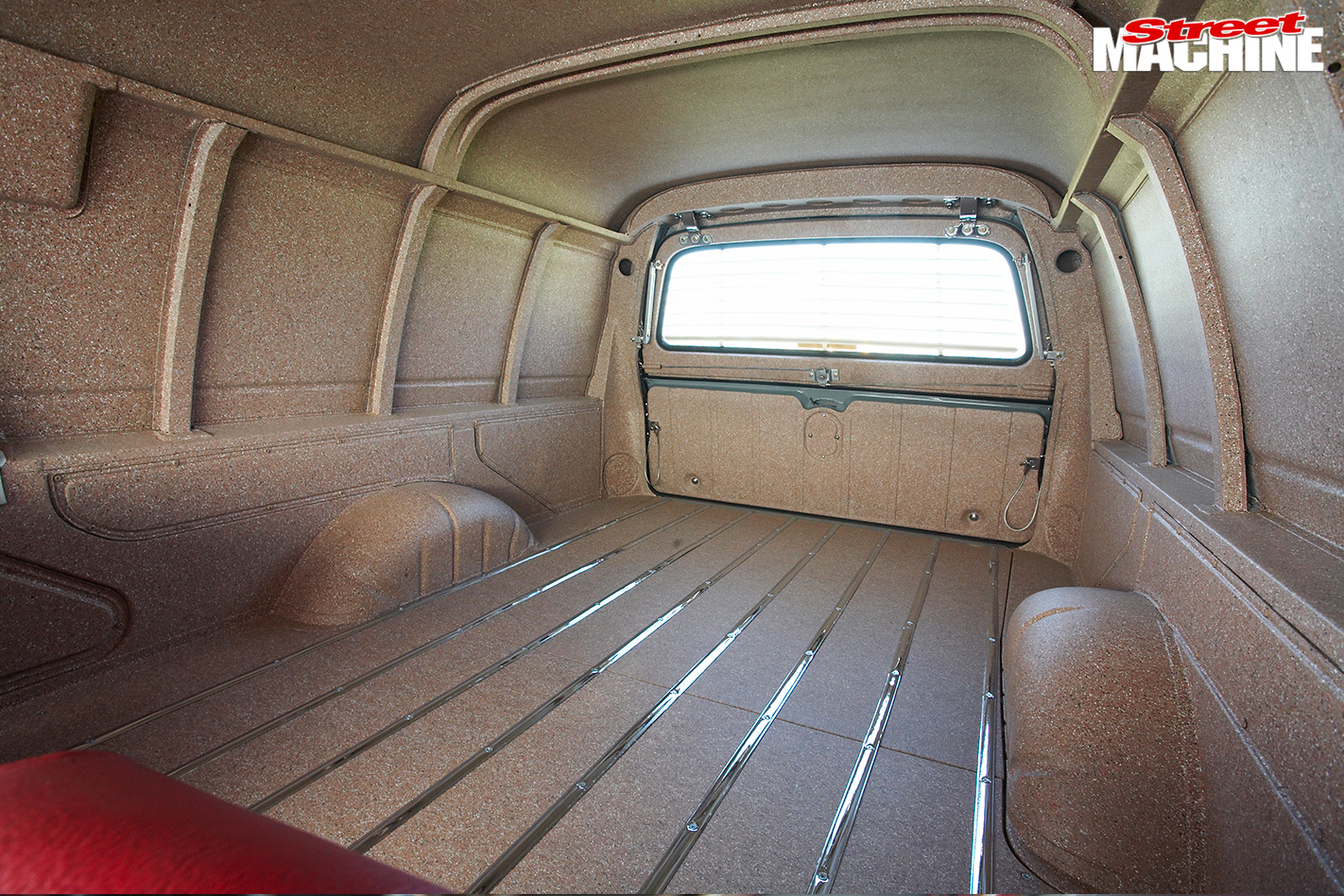 The floor in the cargo area was completely remade to original specifications, with reconditioned chrome strips. The only non-genuine 60s items inside are the Auto Meter Olde Tyme instruments, which complement genuine HD NOS gauges. 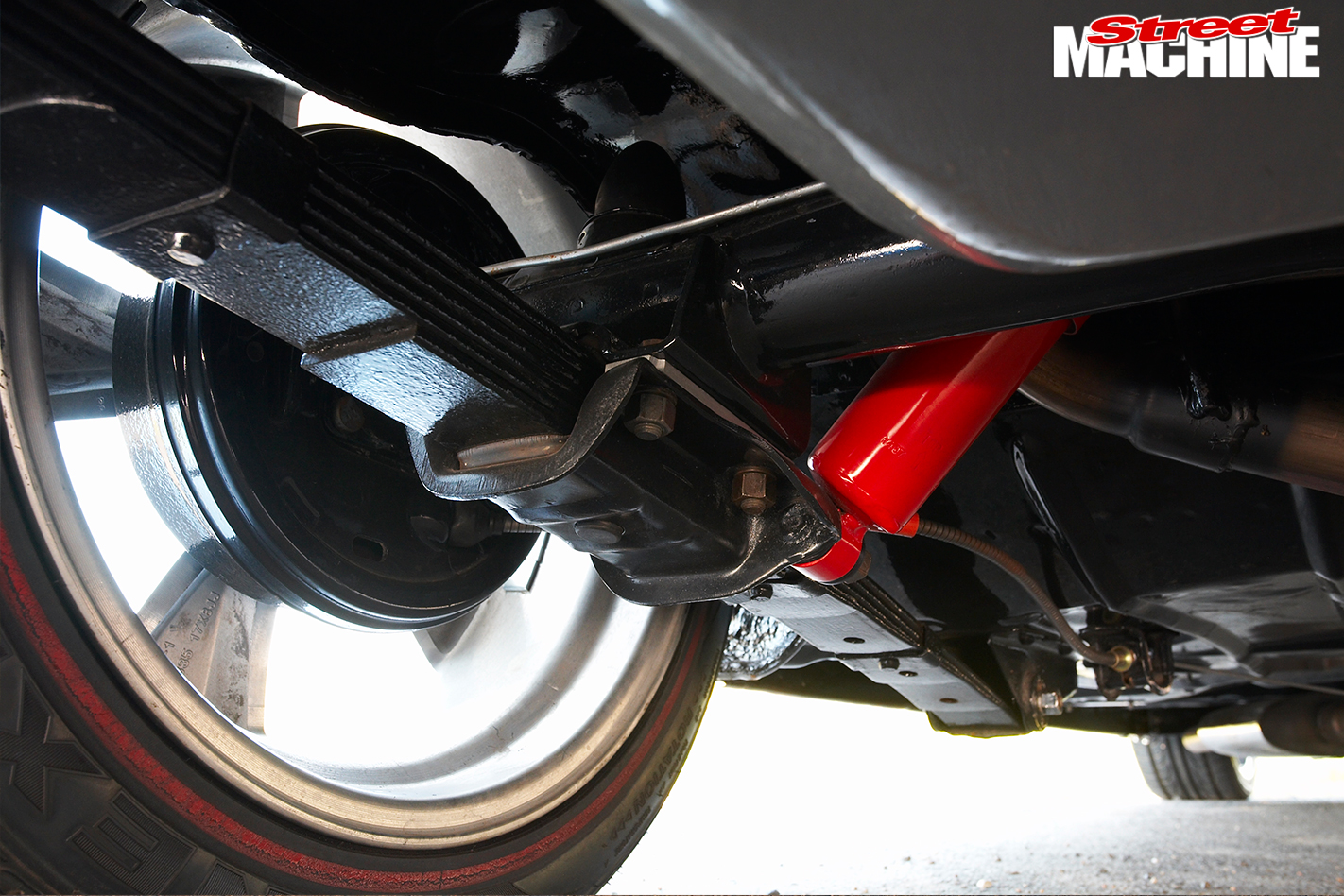 Underneath, the car has been completely reconditioned, with NOS suspension bushes, Kings Springs and CRS drop spindles in the front, 4.5in reset leaves in the rear and Koni shocks all ’round. This lot, and the larger, stickier hoops fitted to 17in Showwheels Streeters, are among the few modern concessions and make the car far better to drive. 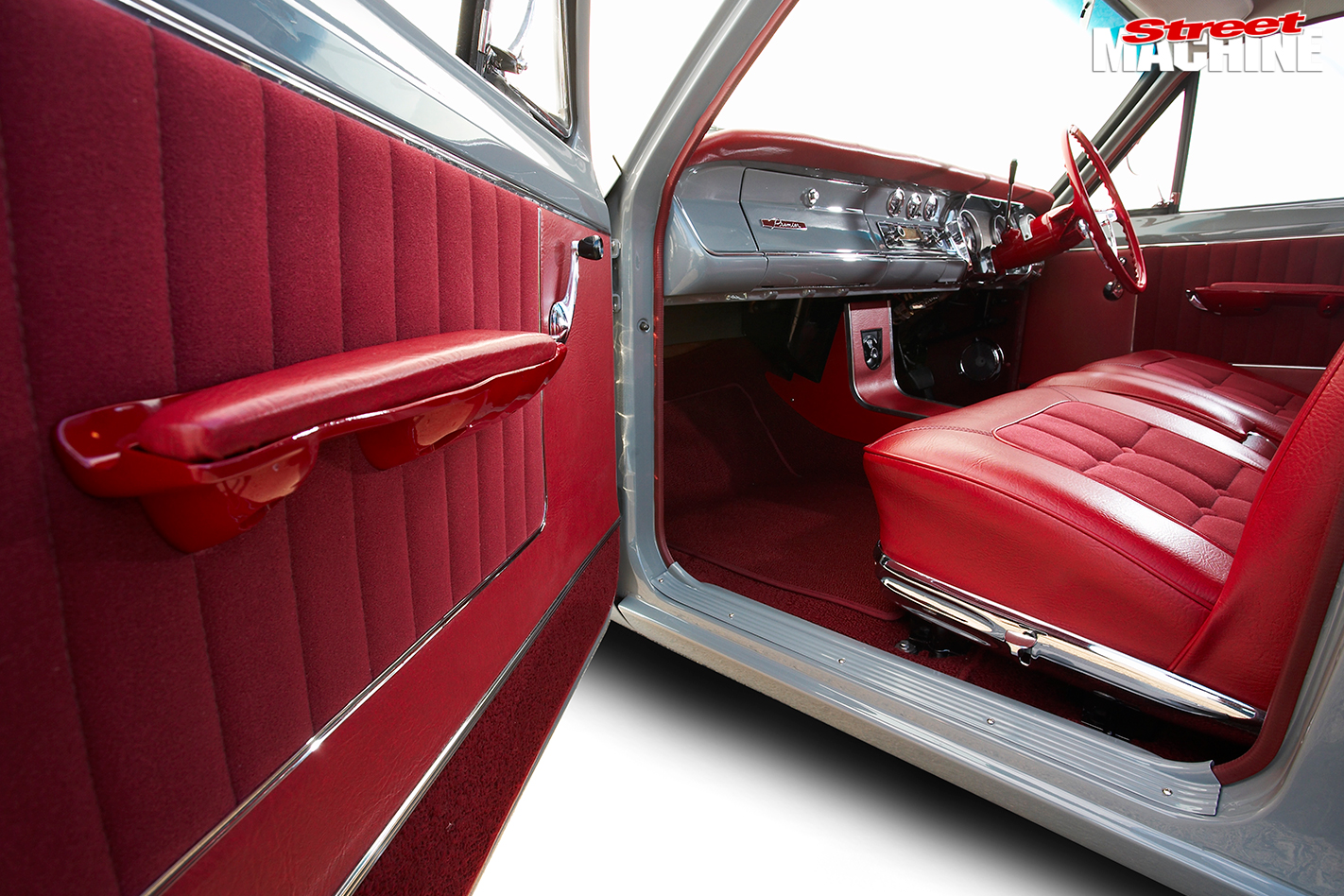 At Wintersun, the HD had been registered just three days; off the tilt-tray at Coolangatta was the first time it had turned a wheel. “I’ve been to shows all over the place for 20 years and I’ve gotta say that Wintersun is the best. We also took the car to the NSW All Holden Day, which was huge, with 800 entrants. We were stoked to get Shannons Car Of The Day at that show,” Craig says. 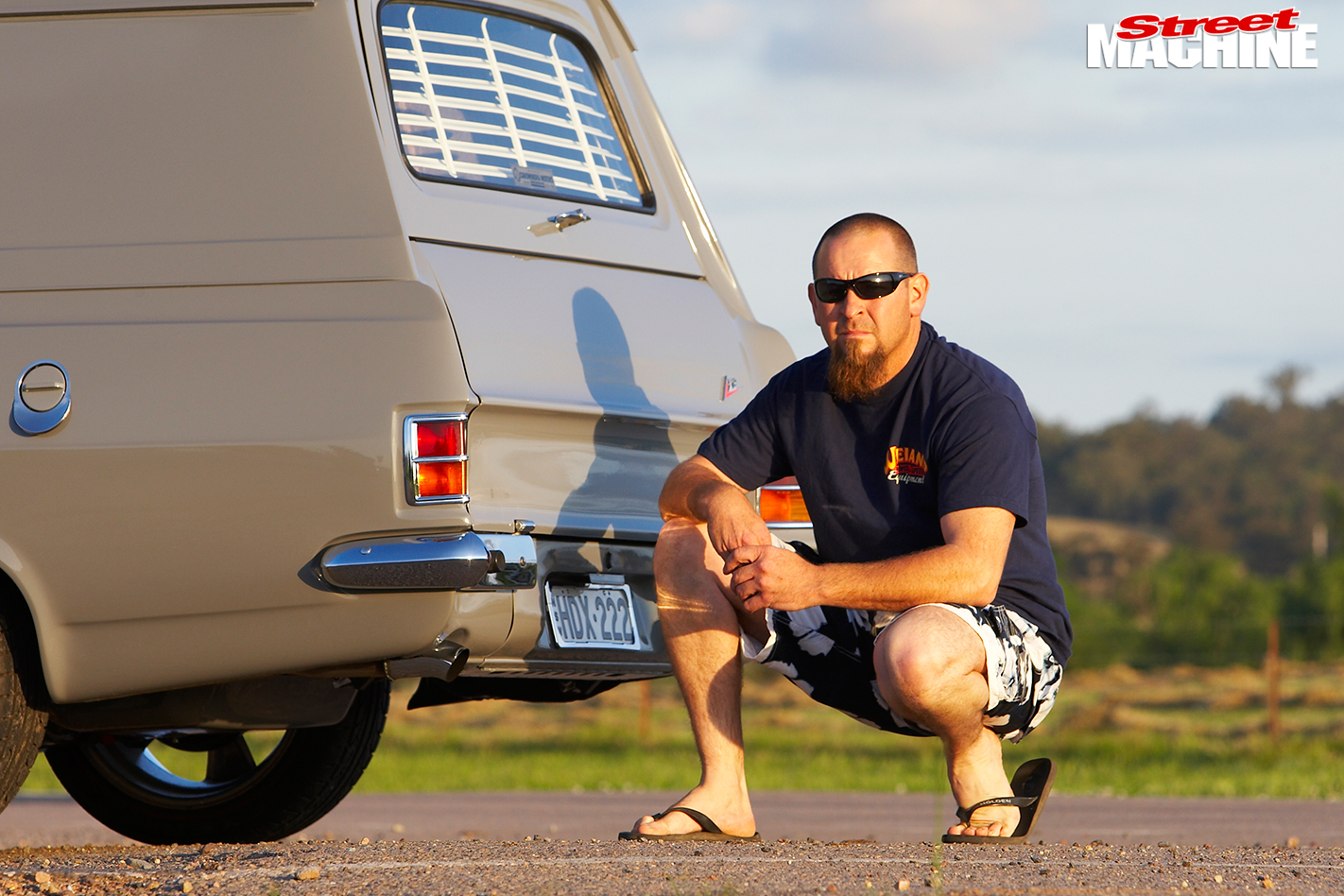 “You don’t see many of these around and I’m more than happy with it — I’ve received nothing but positive feedback. It’s had 140 miles put on it since the rebuild, and it drives great. It’s really rewarding to put a car together from scratch and have it look and drive like this. It took close to three years to build and for the money you could probably buy a brand new Clubby but I know what I’d rather have.”