EVERY weekend and every night,” laughs Tania Smith, remembering how often she didn’t have a life with hubby Clinton during the year leading up to Summernats 16. If she hadn’t been helping completely revamp the LH Torana, she wouldn’t have seen him at all. 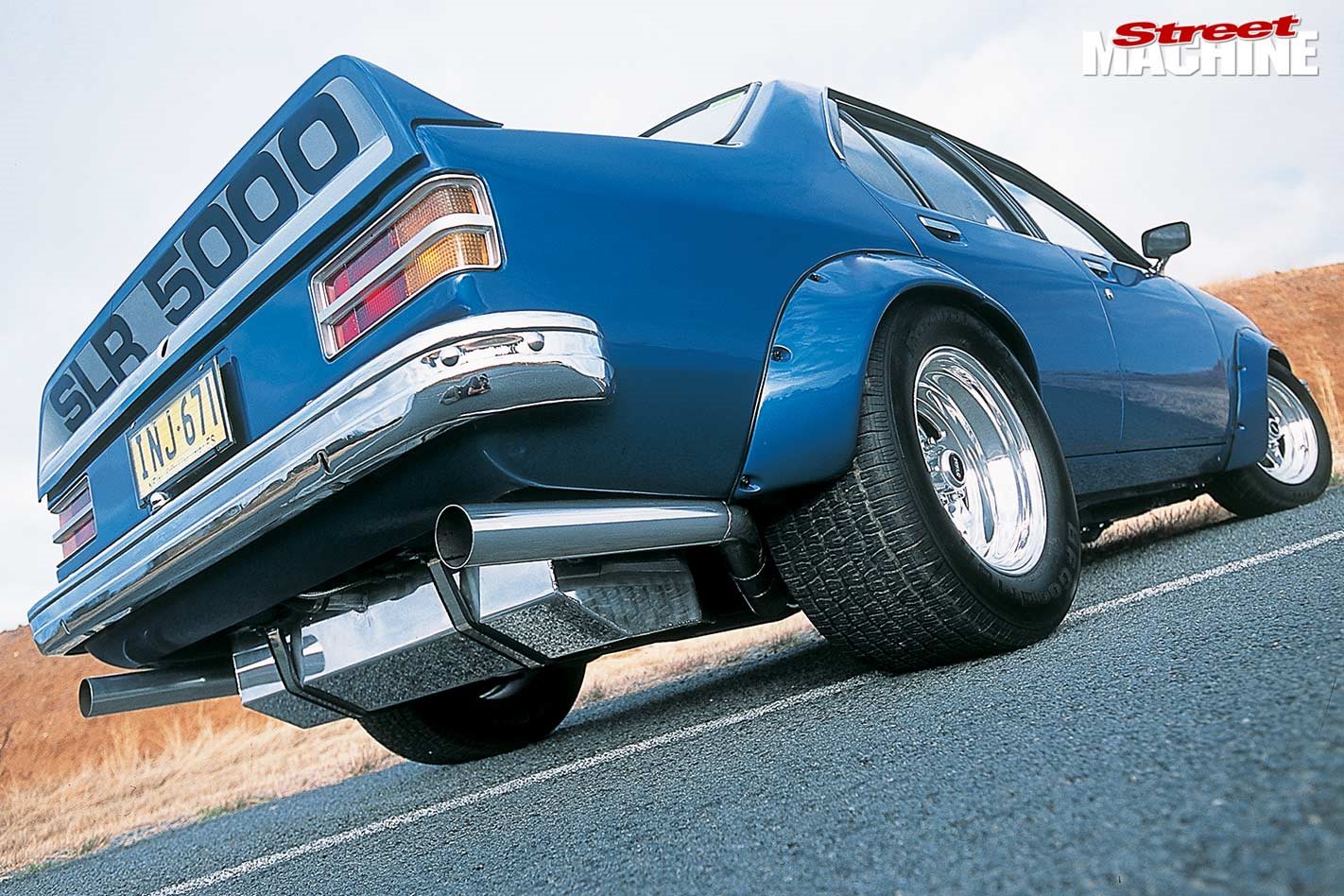 “I nearly got divorced over it!” reckons Clinton, and they both laugh. “She was getting a bit sick of it by the end but once you start you can’t stop. At the end we went berko getting it finished.”

That’s what it takes to build a Top 60 car in less than a year. The Smiths’ Torana was a carbied, blown beast at Summernats 15, a primered shell mid-year, and just after the New Year was gleaming in the Elite hall in Canberra, proud as a cattle dog in a Maloo. It was reborn in those flat-out months – injected, re-trimmed, detailed, everything – but they barely made it. Steve Maiolo, from All Trim, was frantically fitting rubber door strips in the judging hall to finish the car. At the same time he was trying to finish his brother David’s orange Willys. 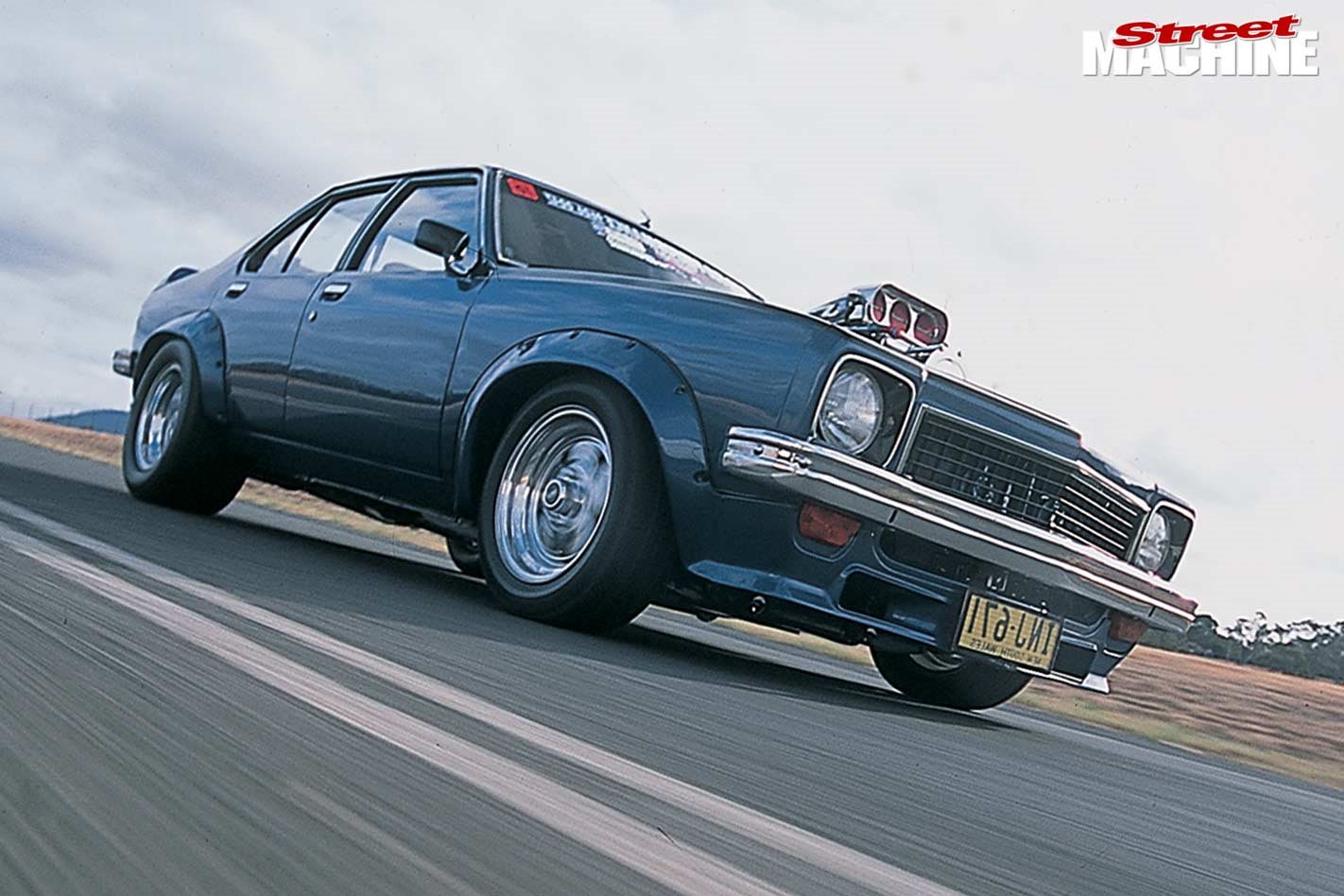 “Yeah, it was hectic,” says Steve a few months later. “Actually, we’re still going with it. We’ve pulled it all apart because we weren’t happy with the floor, and the carpet wasn’t 100 per cent.”

Originally they hadn’t planned to go quite this far, but as often happens, their target was soon Top 60 and that’s when the real work and inspiration started. One of the crucial aspects of the car’s success is its injection, not so much for the tech of it but for the look. It was Tania’s idea, because, “I just like it. It looks tougher.”

Clinton used to run the supercharger with carbs. “We used to drive it around all the time but it was so high I couldn’t see over it,” he reckons. “It was nearly as high as the roof. It looked mental.” 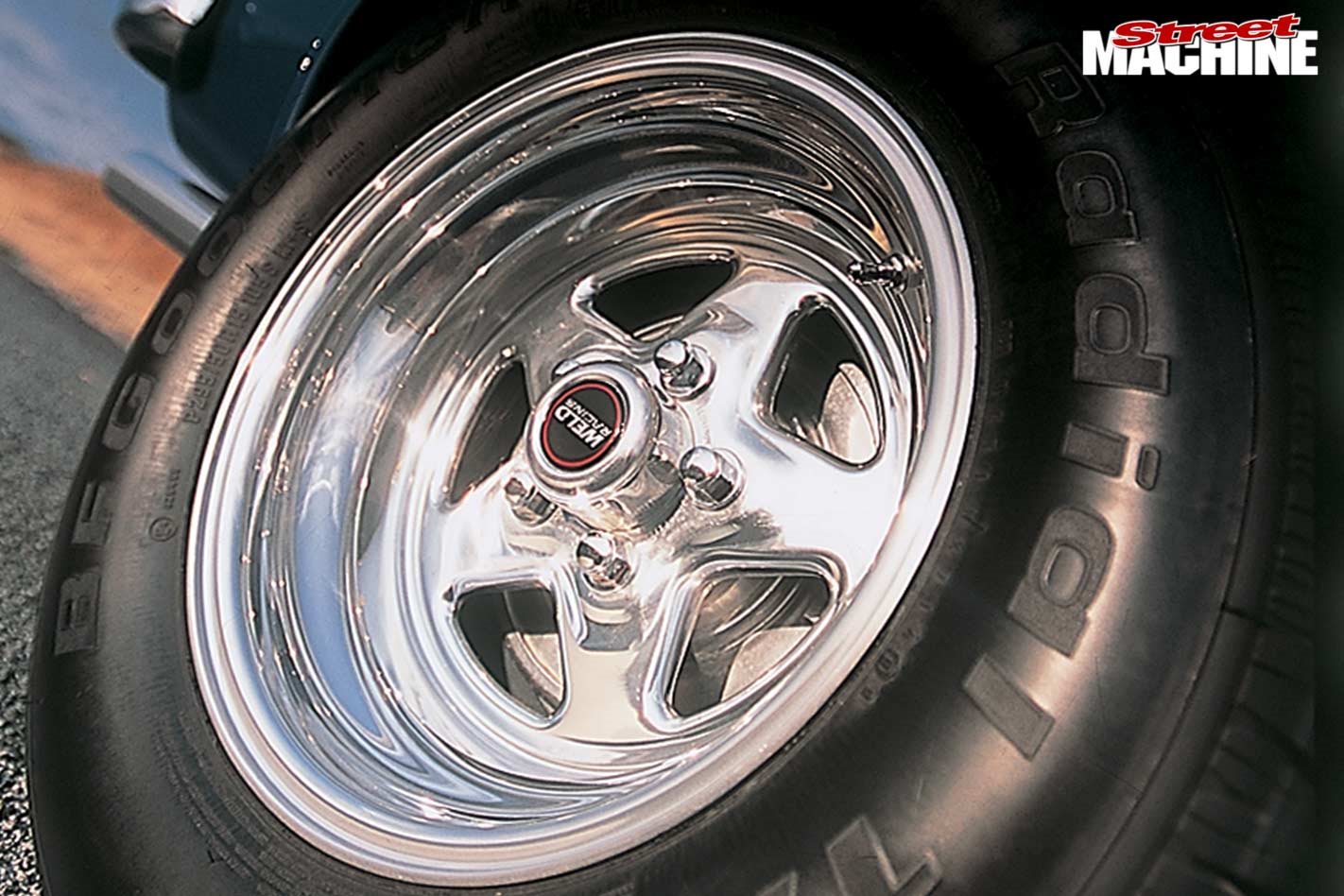 Paul Sant at Pro Flo did all the engine work. The donk once lived in his own blown, injected LX Hatch, featured in Street Machinein March 1996. But he’d sold the engine a few years ago, and it’d come back to him via Clint. The injection and supercharger are not the same as Paul had back then, and it now has a 6/71 running 1:1, and at 6psi boost Paul’s got it putting 365hp to the wheels, on unleaded. But like the interior, they’re still going on the tuning. They won’t go overboard, though, because Clint wants a good, streetable motor.

Paul made the injector plate, a much cheaper option than buying something from the States, and used an EMS computer and Bosch 600cc injectors. Underneath, it’s a 308 with a COME stroker crank taking it to 355ci. The B-cast heads are flowed to about 460hp and dump into a Jet coated, three-inch, twin exhaust system. Paul fitted Wiseco pistons, Carillo rods and a roller cam (“I don’t remember the specs,” he says. “Pretty big, but!”), then added a huge aluminium radiator that has never, ever let the car get close to hot. 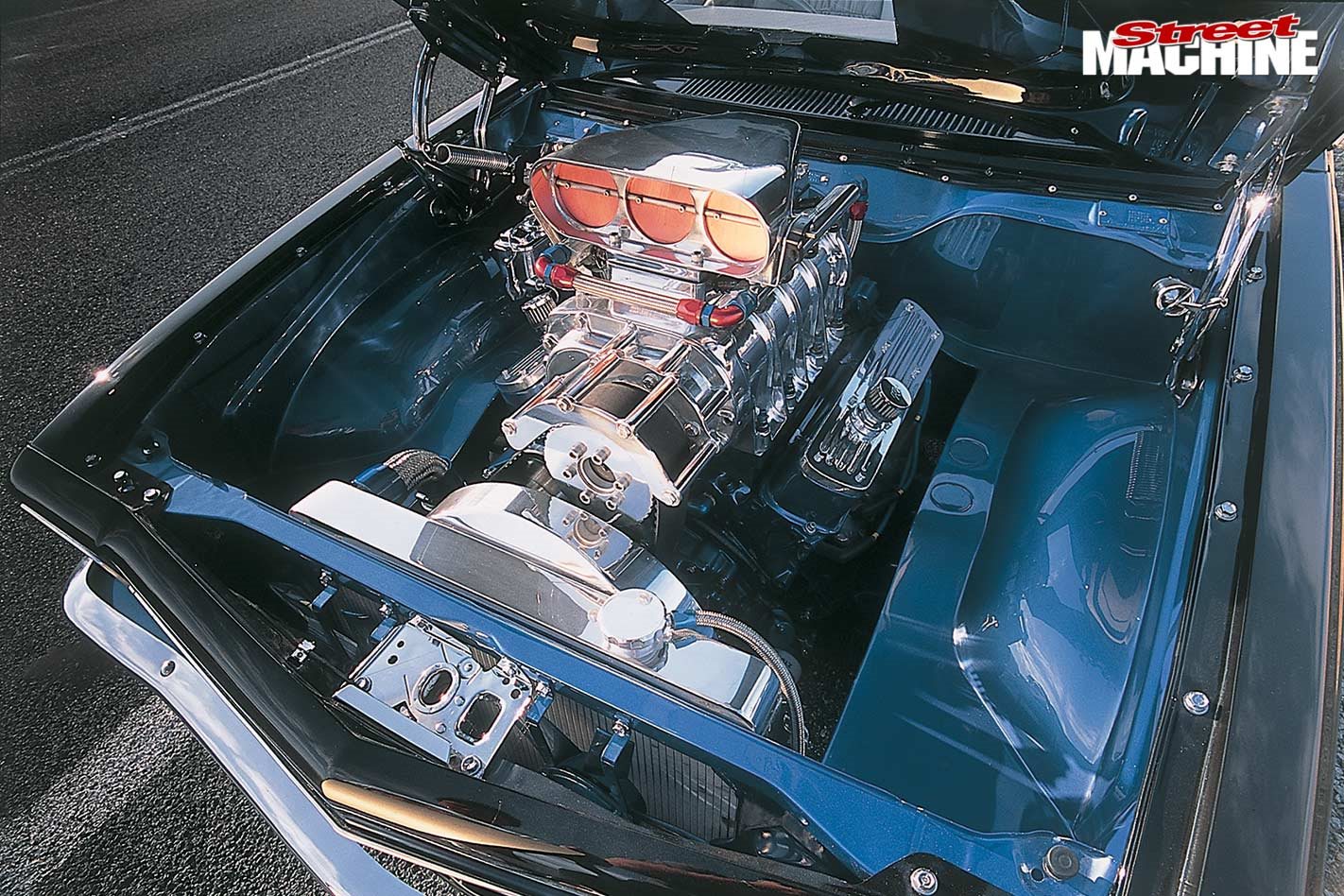 Clint did most of the detail work, getting the underside spot on, filling all the holes and getting rid of the spot welds. He and Tania got new wheels, chromed or stainless nuts and bolts throughout, and braided lines everywhere except for a radiator hose that they couldn’t get in time for Summernats. The fuel lines are all hidden, the pumps mounted in the boot, and the finish everywhere is as clean as a nun’s driving record.

Steve decked the interior in leather, a real treat for him because he loves working with the stuff. 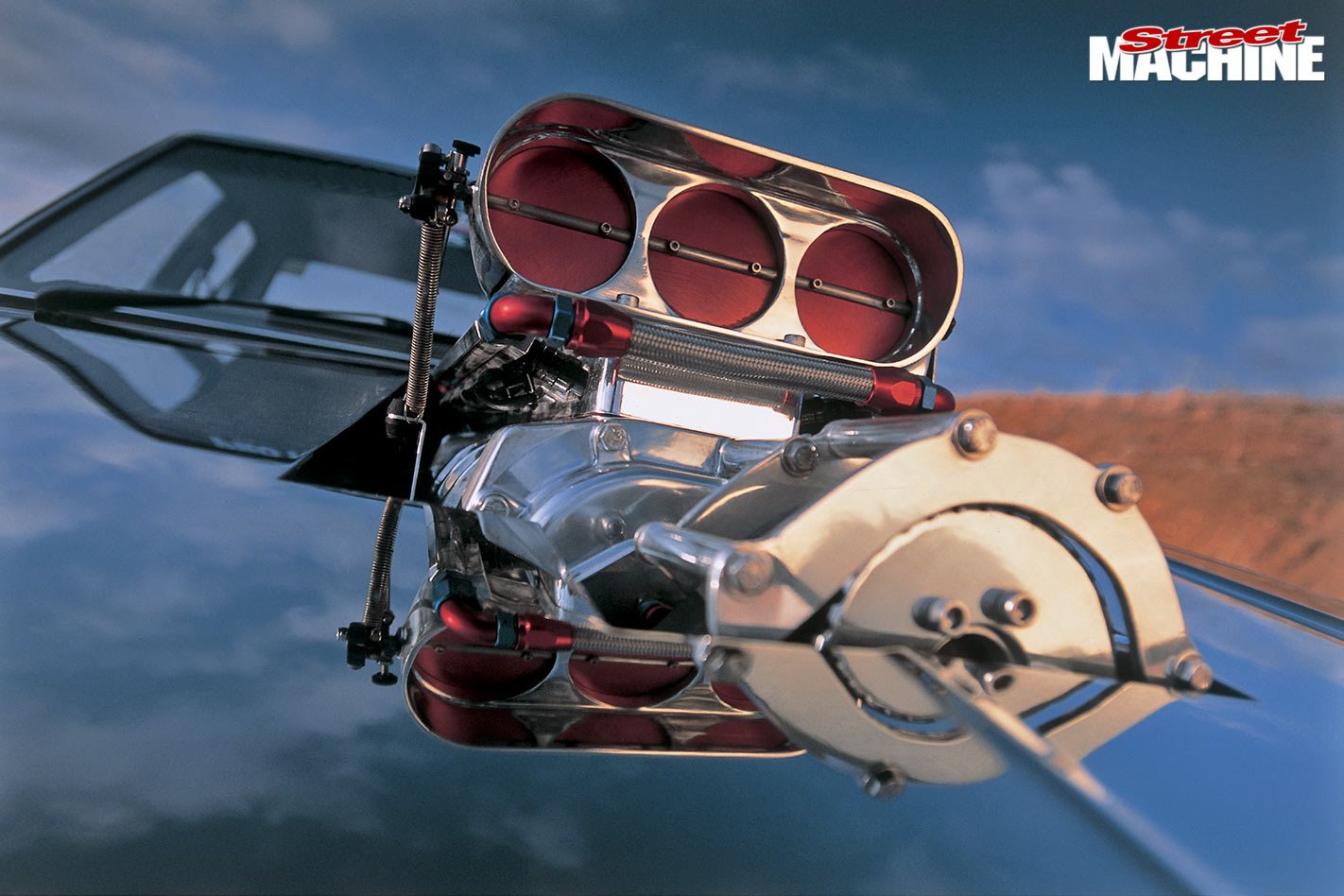 “We wanted that wrinkly look in the leather, a classy look,” says Clint. “We put a few patterns in the door trim. I didn’t go crazy with it, just something a bit strange, that’s all. We got a billet-style steering wheel, though it’s not actually billet, just chromed.”

Steve also reconditioned the Recaro seats. The back seat is from a VT Commodore. It’s completed inside with a Hurst shifter painted the same colour as the car, and a clean dash with Auto Meter gauges for oil, water and boost pressure. 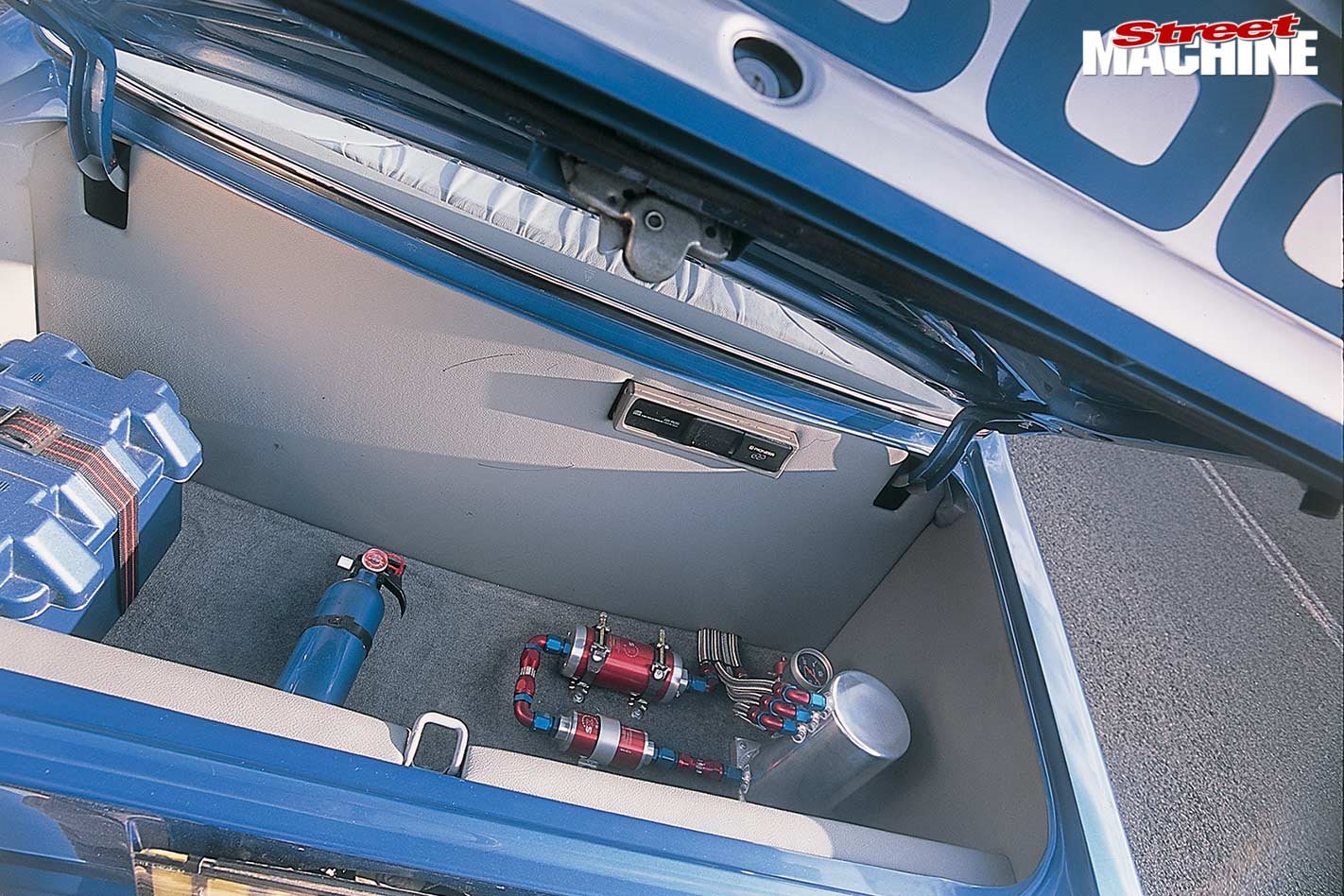 Ben Cassar, Clint’s cousin, sprayed the deep Windsor Blue paint with help from his father Fred. Ben was later named Apprentice of the Year, hardly surprising with work like this to show off. It’s excellent.

“We were stoked to get into the Top 60,” says Tania. “I was just about in tears. We didn’t think we were going to get in, so we went back to the caravan park and said to some friends to give us a call if our number was posted. About 10 minutes later the phone rang, and my friend said we’d better get our arses down there. It was an awesome feeling.”

“It’s come up the way I wanted it,” smiles Clint. “We’ll show it first for a while and then just drive it. We didn’t spend all that money just to leave it sitting in the shed.” 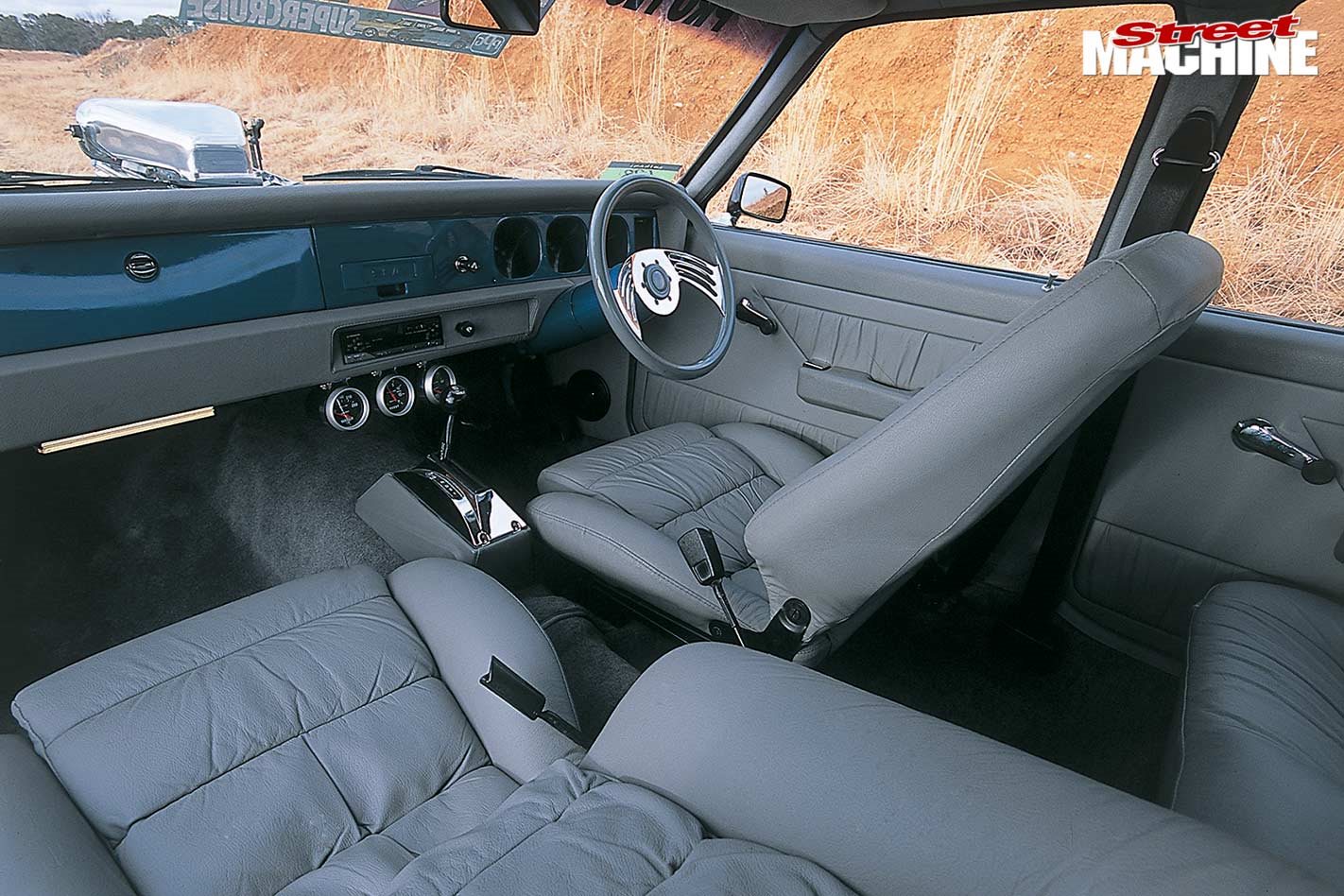