RADIAL DIAL racing in the United States has never been more exciting, and it brings together such a diverse mix of cars. Go back five years and suggest that a Roots-blown car – traditionally the most aggressive in terms of power delivery – would be at the forefront of radial racing and people would think you were nuts. But along came the fast-talking Stevie ‘Fast’ Jackson and turned what everyone thought they knew about radial racing on its roof. 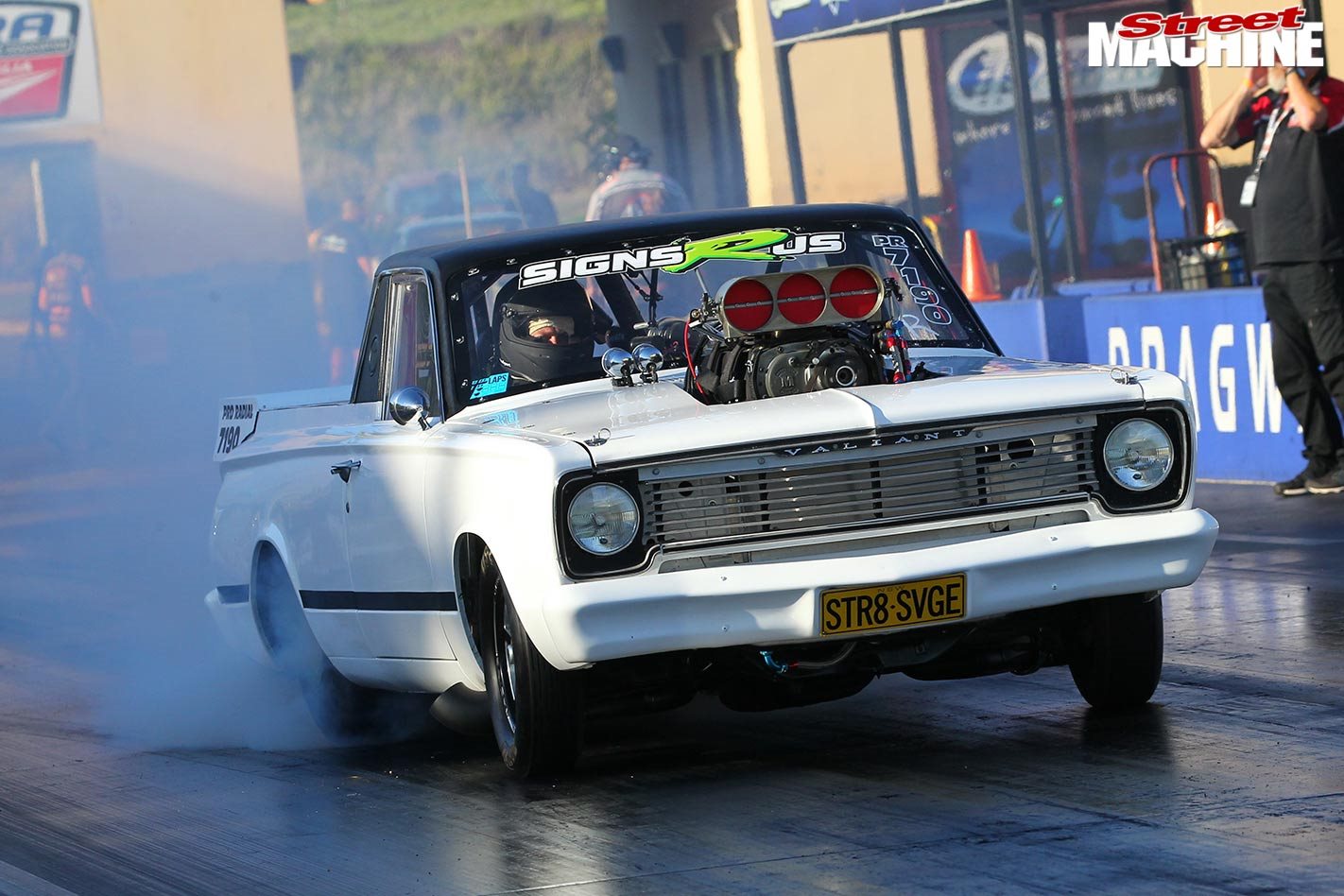 Blown cars are much quicker over the first half of the track. Traditionally they get 90 per cent of their total power in the first inch of throttle, so they’re very violent on the step. Thanks to ignition systems like the MSD Grid, they can be tamed to stop the car blowing the tyres off on the hit by pulling loads of timing out off the line. The car gets moving, then the timing is fed back in over the next few seconds. The ability to tame these cars on the startline has added a new dimension to what would otherwise be a field of turbo and nitrous cars. 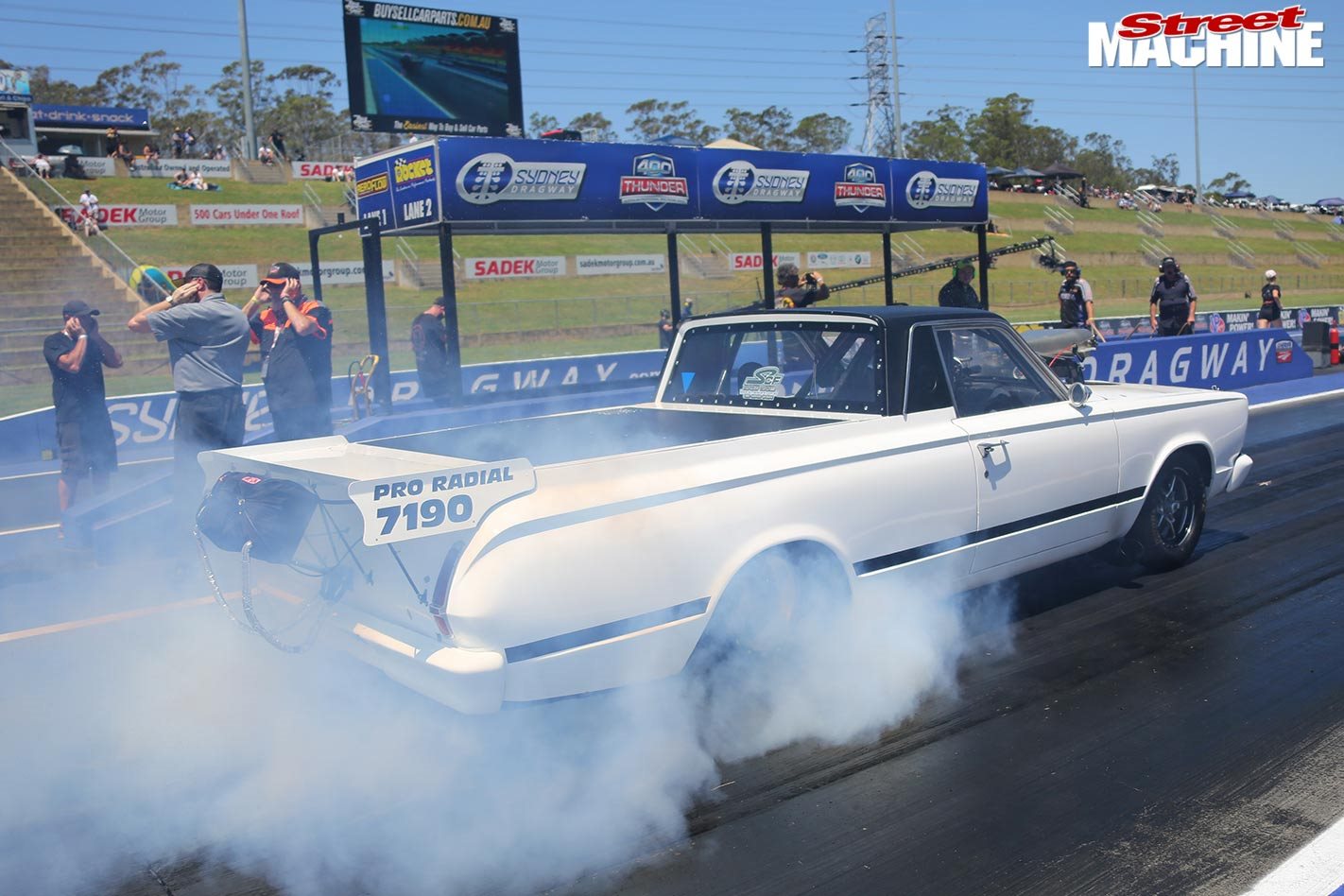 Despite some glitches during the VC’s test hit-outs at Sydney Dragway, Brad is confident he’ll get things sorted early this year and start chipping away at his goal of 4.8sec over the eighth

Here in Australia, the follow-on effect with blown cars has been a little slower. It’s a lot easier and safer to make power with turbos or nitrous, and it’s definitely easier to control. But the radial scene has some new players using all varieties of power-adder, which has given the sport a hefty kick in the pants. That, together with some great events like the Kenda series and Grudge Kings, is inspiring new builds.

One of the coolest new rides spotted recently is the blown big-block Chev-powered VC Valiant ute of Brad Cullen, from Young in New South Wales. 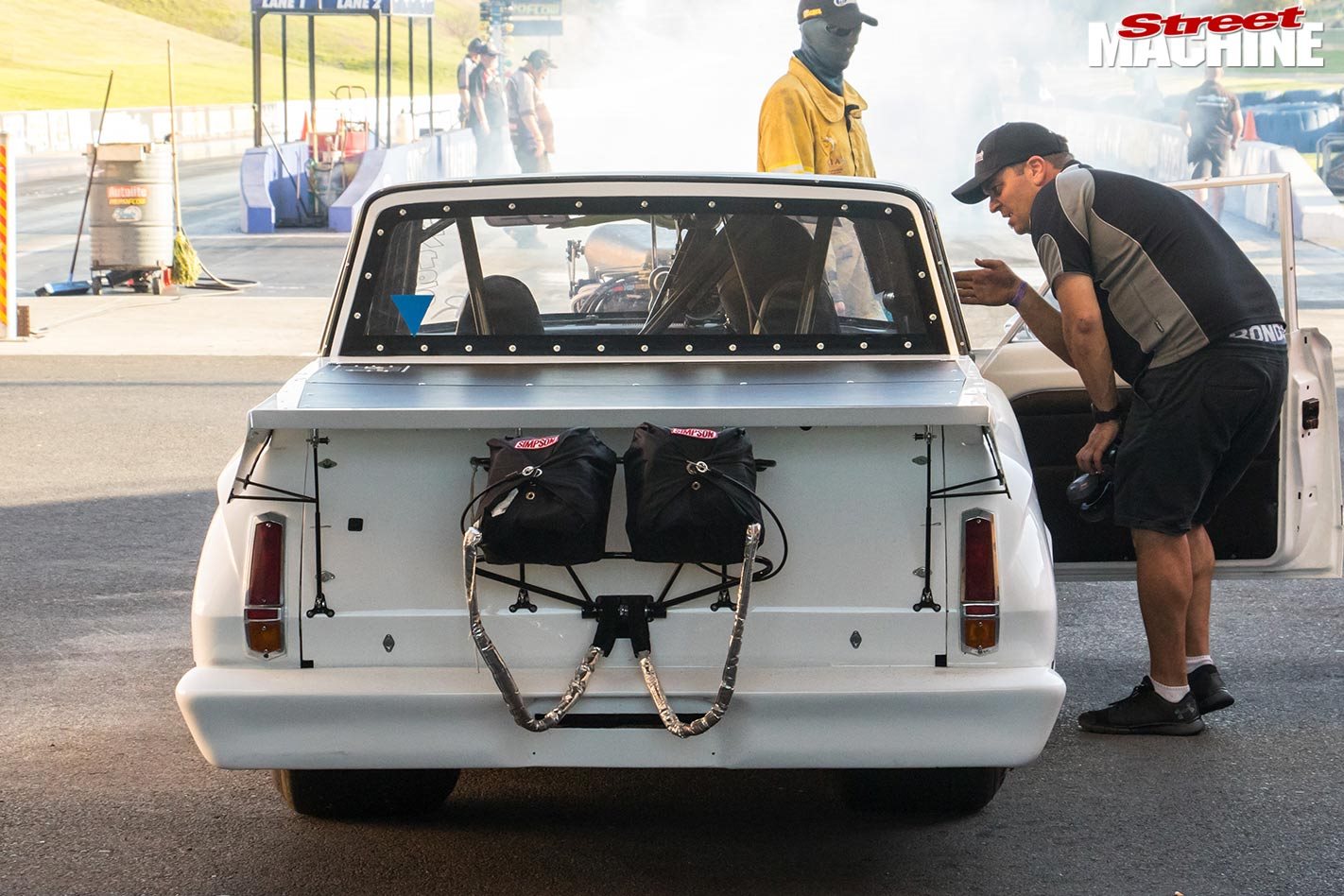 “I bought the car nearly two years ago as a turnkey race car,” Brad recalls. “It came from Corowa, not far from me, and it was pretty plain with an aspirated 540ci big-block Chevy, which I raced a few times. It was a good starting point for me with racing, and the car had a fair bit of fabrication work completed by the previous owner.

“It didn’t take long before I wanted to go faster,” he continues. “I wasn’t interested in a turbo car or aspirated deal; I wanted a blower hanging out the front and had been inspired by guys like Stevie Jackson. I started looking around and ended up swapping the motor I had for a blown and injected big-block Chevy deal with some extra cash. The engine had run in a panel van a few years before, and even with a bad chassis it had still run 192mph with 40psi of boost. The blower had been upgraded to a Whipple, but that didn’t come with the deal, so I fitted a Mooneyham 14/71 that makes around 28psi.” 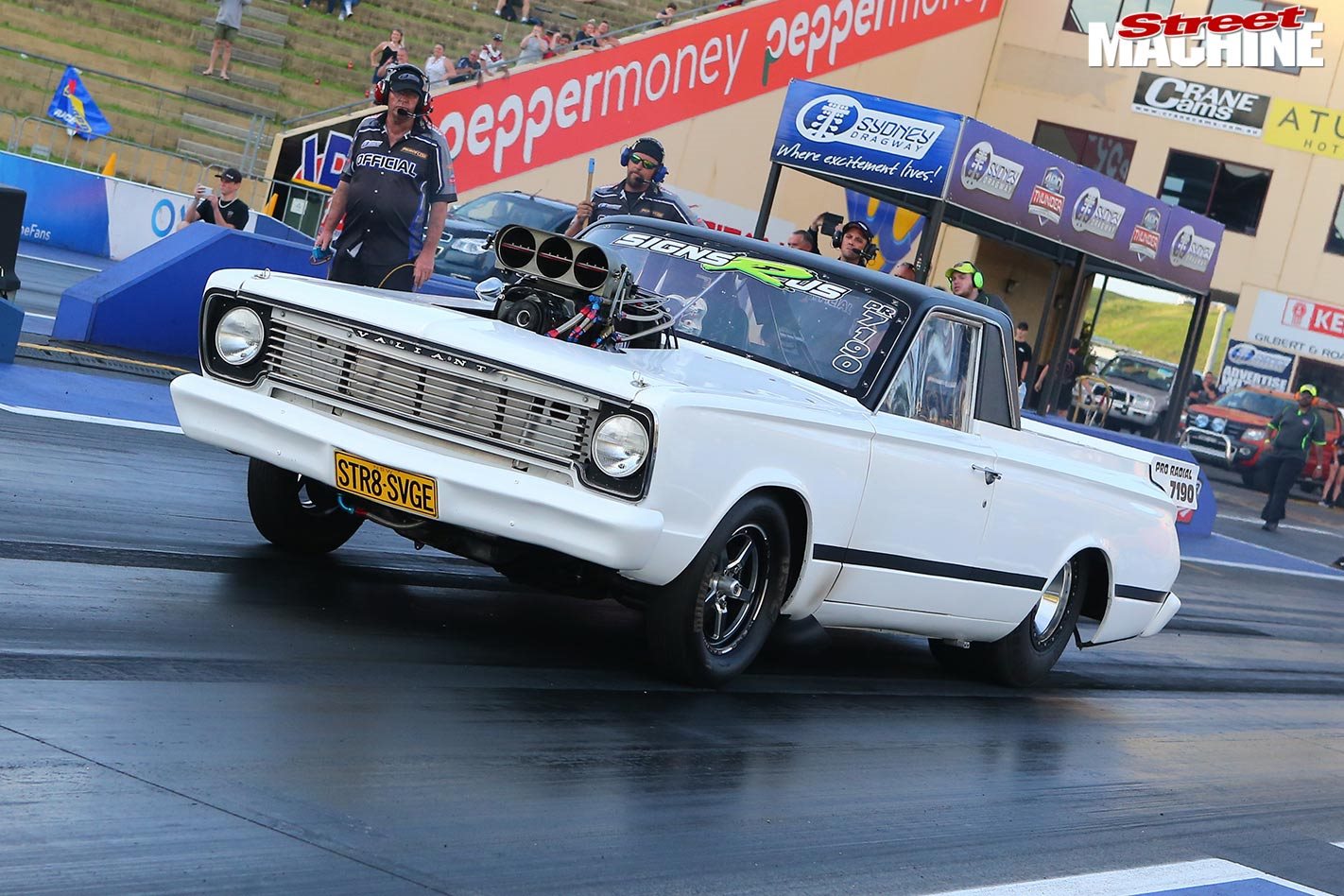 The motor is only 468ci – not big by today’s standards – but has some solid ingredients with a Bowtie block, 4340 GM-style crank and a set of Venolia nitro rods that required the block to be clearanced.

While the short motor was built by USA engine builder Jim Oddy (a blown engine specialist), the Bowtie heads were prepared locally by Warren Appleby in Canberra, and while there are no flow figures available, Brad reckons the ports have been opened up enormously. 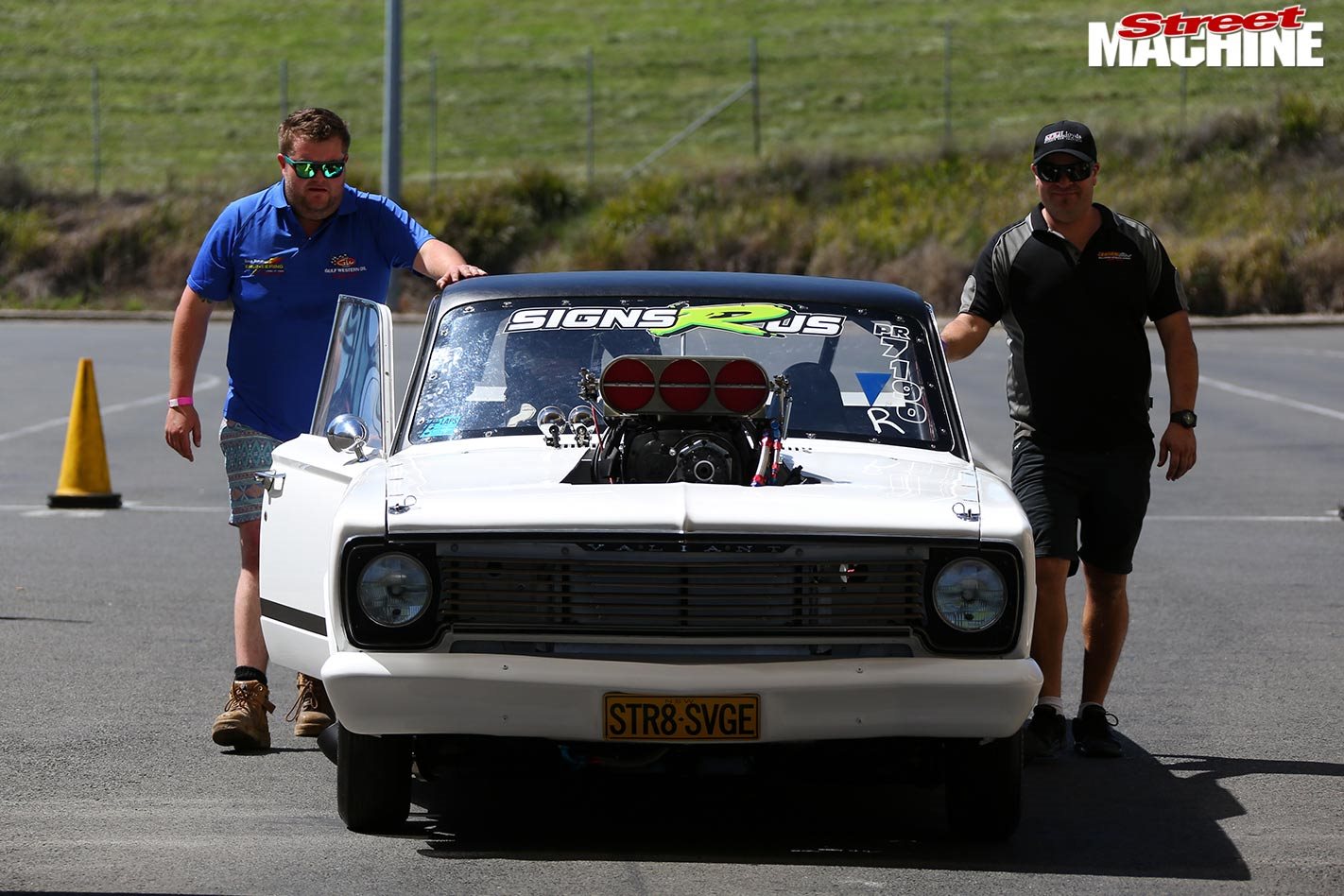 When you consider the engine has run 192mph on 42psi of boost in an HZ panel van with a factory chassis, it’s certainly no slouch, and Brad is already looking for another Whipple blower to turn the wick up to get some more boost into it.

The roller was stripped and totally rebuilt with new paint and a bunch of other bits over a period of two years. None of the driveline was really up to the job, so a Reid-cased Powerglide and quality converter were sourced and a four-link rear fitted, with a Strange bolt-through centre in the braced nine-inch and Wilwood brakes. 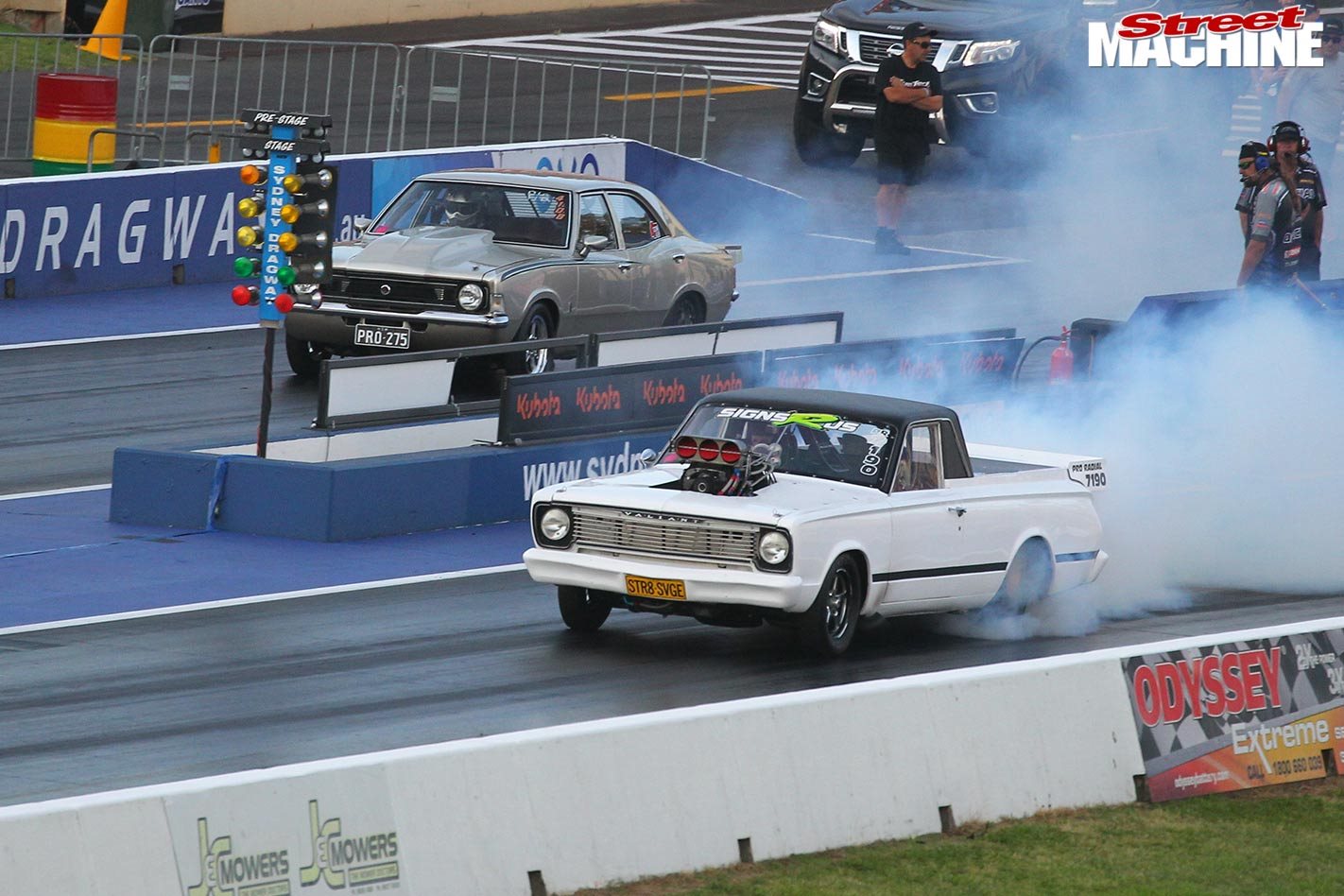 “There was a lot of set-up work to do on the car, so I sent it to Street Car Fabrications for the transition to full-time radial racing,” Brad says. “A lot of things in the suspension seem to be the opposite of how things go on a drag slick.”

In addition to suspension changes, the boys there mounted the fuel cell, made some headers and bull horns, fitted a fire system and did a bunch of other jobs. 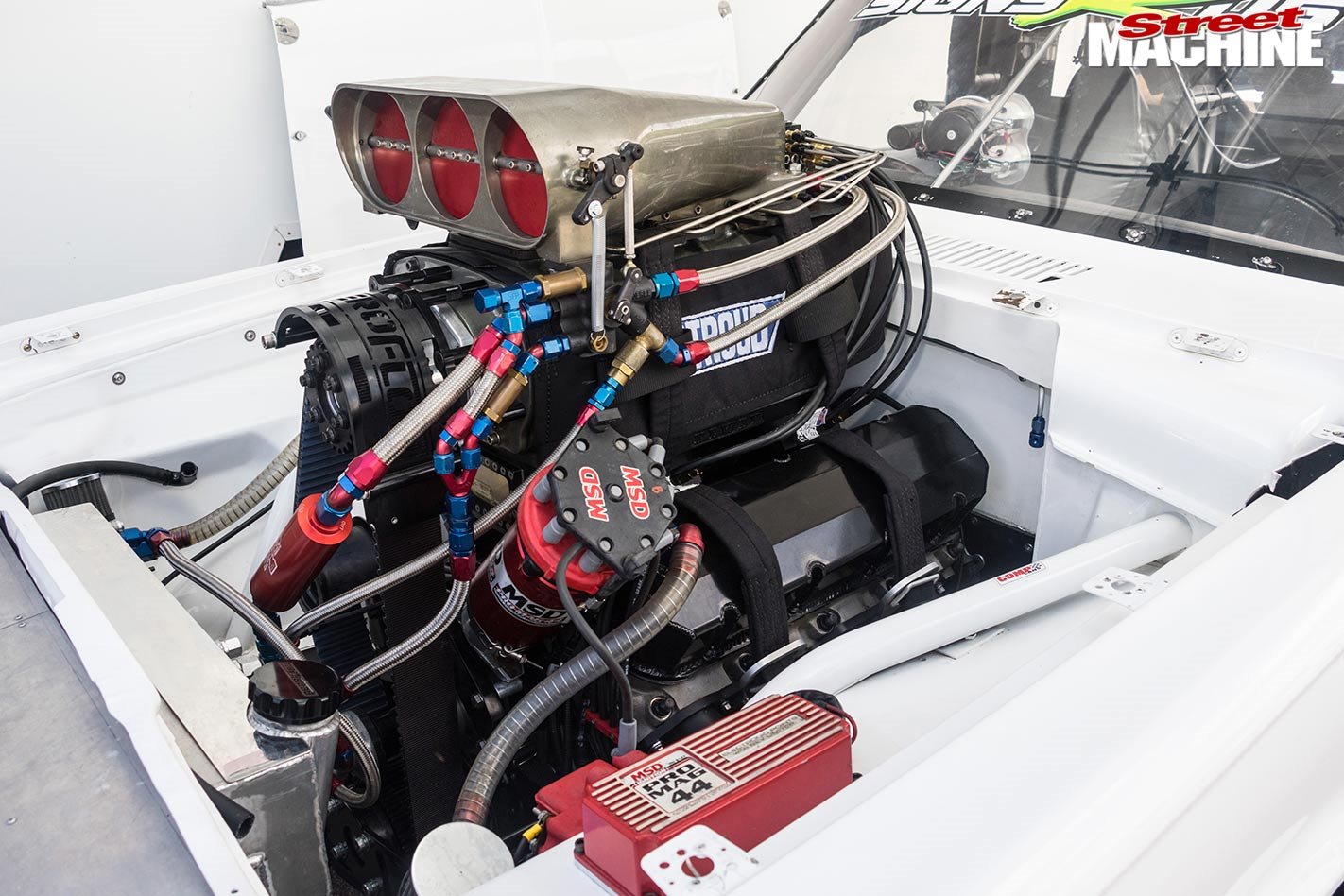 A longer sway-bar was added and the four-link configuration was modified. For additional aero, the rear tub section was also sheeted in. From here it’s really just a matter of getting some time in the saddle.

As the fuel system had been flowed on the engine previously, Kon from Wollongong Automotive Services came to Sydney Dragway with Brad to make the various timing changes to the MSD system to get the car out of the hole. 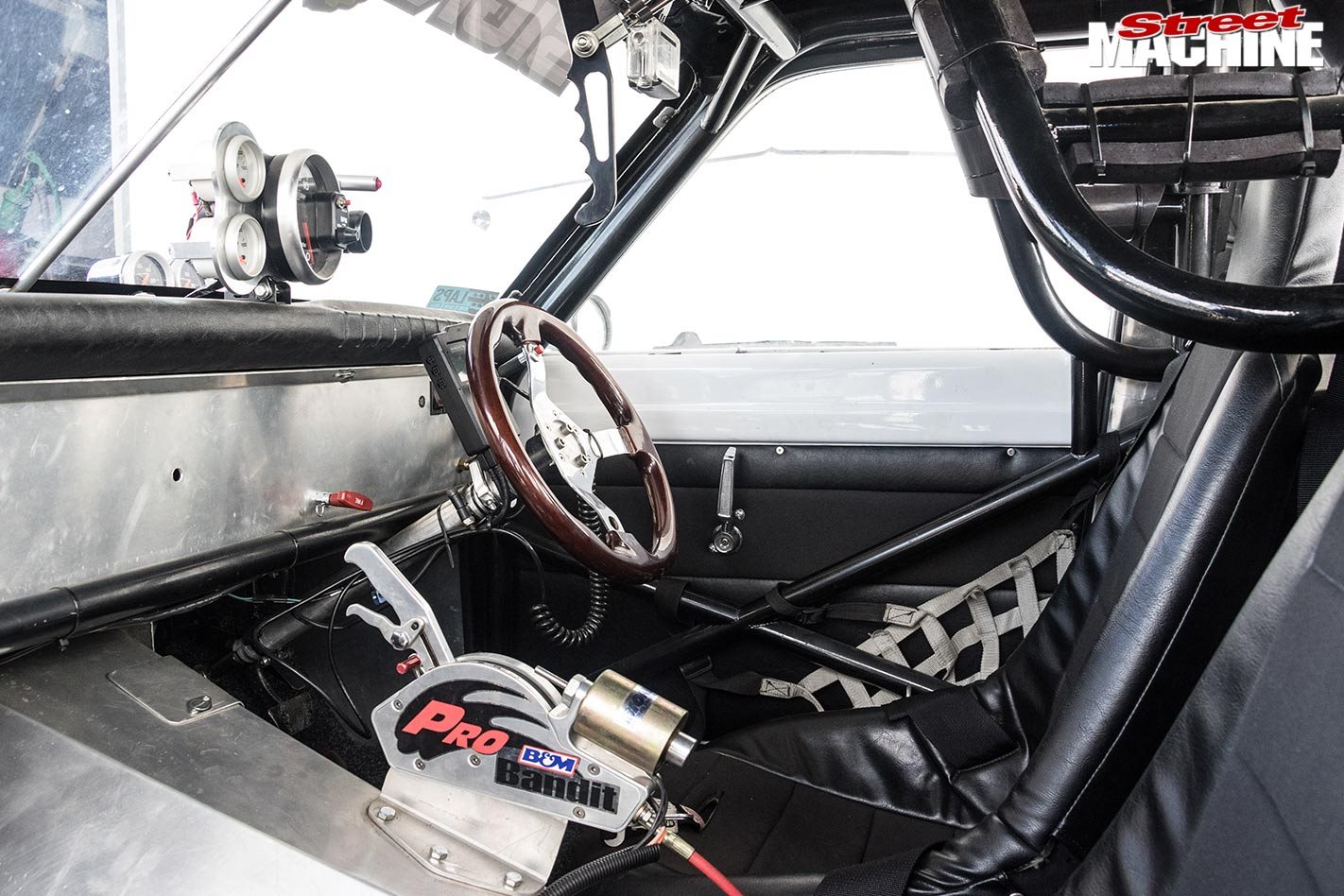 Brad admits he might have had an easier time of trying to get his Val into the fours if he'd gone with a turbo deal, but he just loves the challenge of making his 14/71-blown BBC play ball

As with many new combinations, Brad had some teething issues that prevented the car from rattling off any impressive numbers, but he has his sights set on 4.80s.

“We had a bunch of problems that plagued us,” he says. “We broke the throttle and the inlet manifold came loose, then it wasn’t dry enough before we made our next hit. Then the transbrake mucked up and it got stuck in reverse; what a nightmare! But nothing serious got busted, and despite not getting any clean runs we were able to get some data and move in the right direction.” 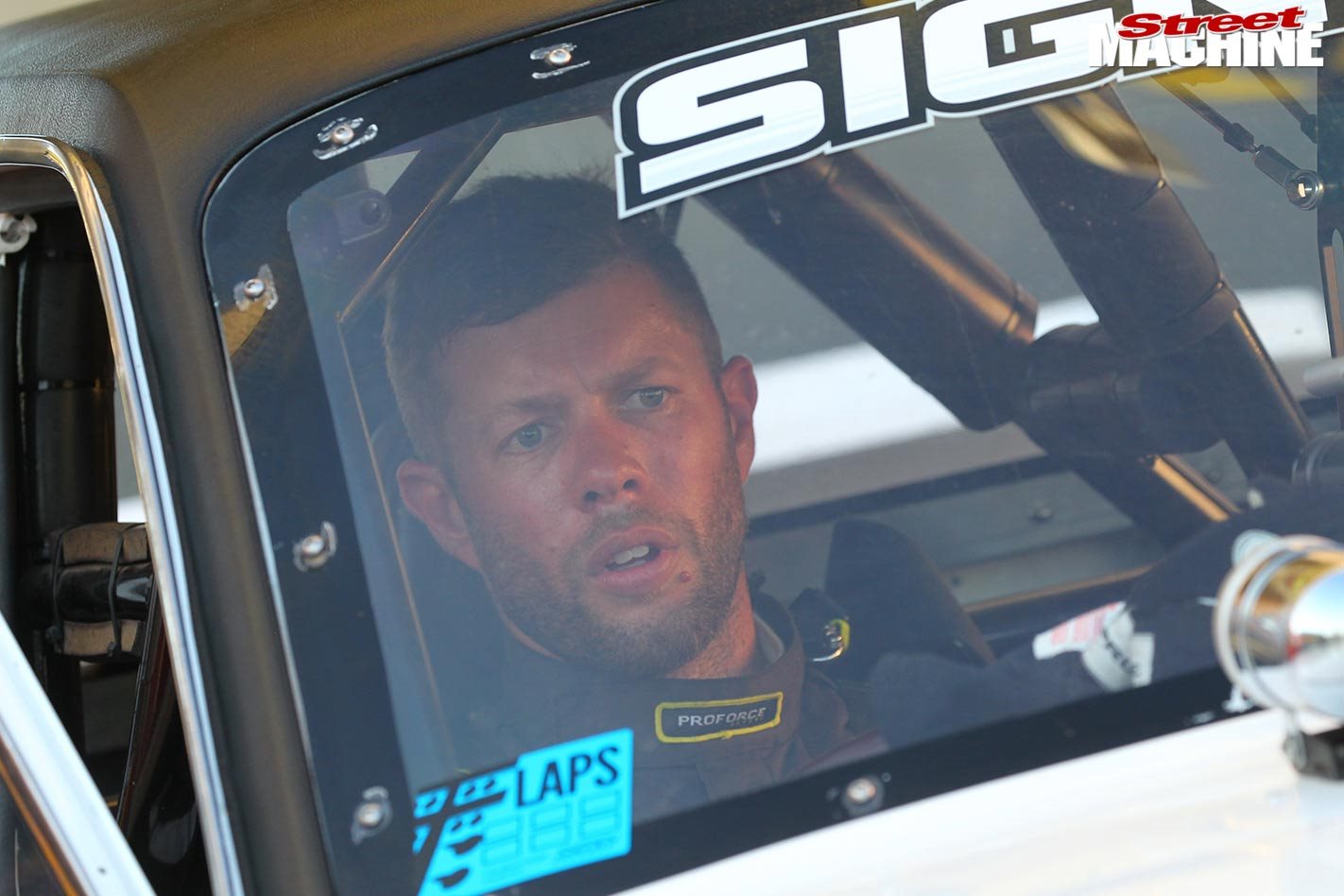 With Brad on the hunt for an R-series Whipple supercharger, the Buzzard injector hat and Enderle 110 pump may soon need to be upgraded – in between Brad looking after his kids, school and weekend sport, and his own excavation business.

“I’m a bit time-poor at the moment, but I hope to get the car back out in February or March,” he says. “It’s insane to drive – everything I ever wanted in a race car. It’s right on weight at 3000lb and I’m looking forward to seeing what I can achieve on the 315 radial. I know it’s going to be a struggle – turbo cars are easier to get off the startline – but the car is just so cool.”