Danny Board's awesome custom-built, Blue Meanie-themed VK is the first-gen Commodore One-Tonner Holden should have offered back in the 80s

DESIGNED in collaboration with Ze Germans, Holden’s first-gen Commodore range came with a lot of hoopla about being a lighter and better-equipped ‘Car For The 1980s’. But there was one really important thing missing: a ute. The closest it got to a proper load-lugger was the four-door wagon – and even that was a late starter in Holden’s mid-1970s development program. 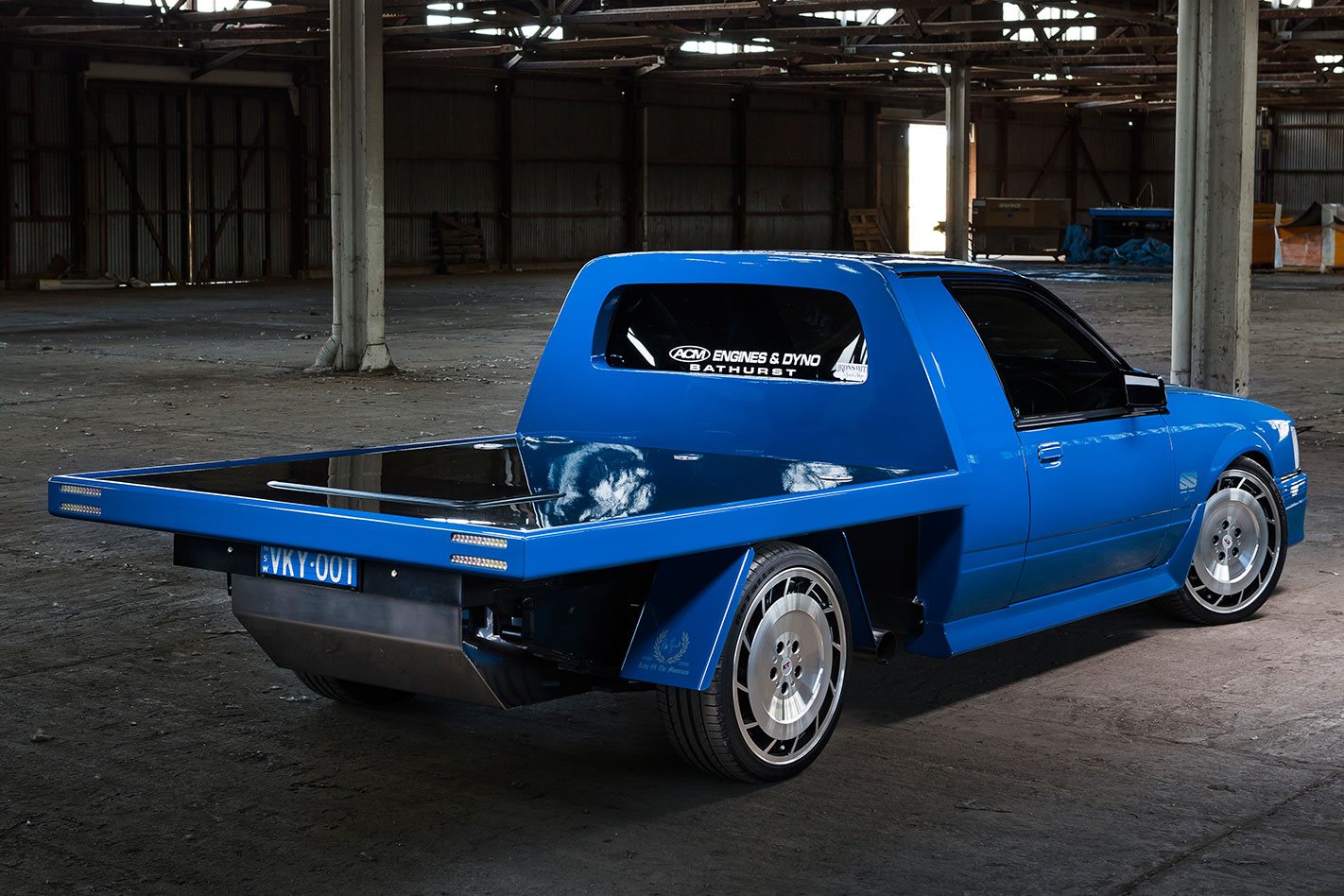 But words such as ‘wasn’t, ‘can’t’ and ‘didn’t’ have never been much of a slow-down for a keen street machiner, have they? 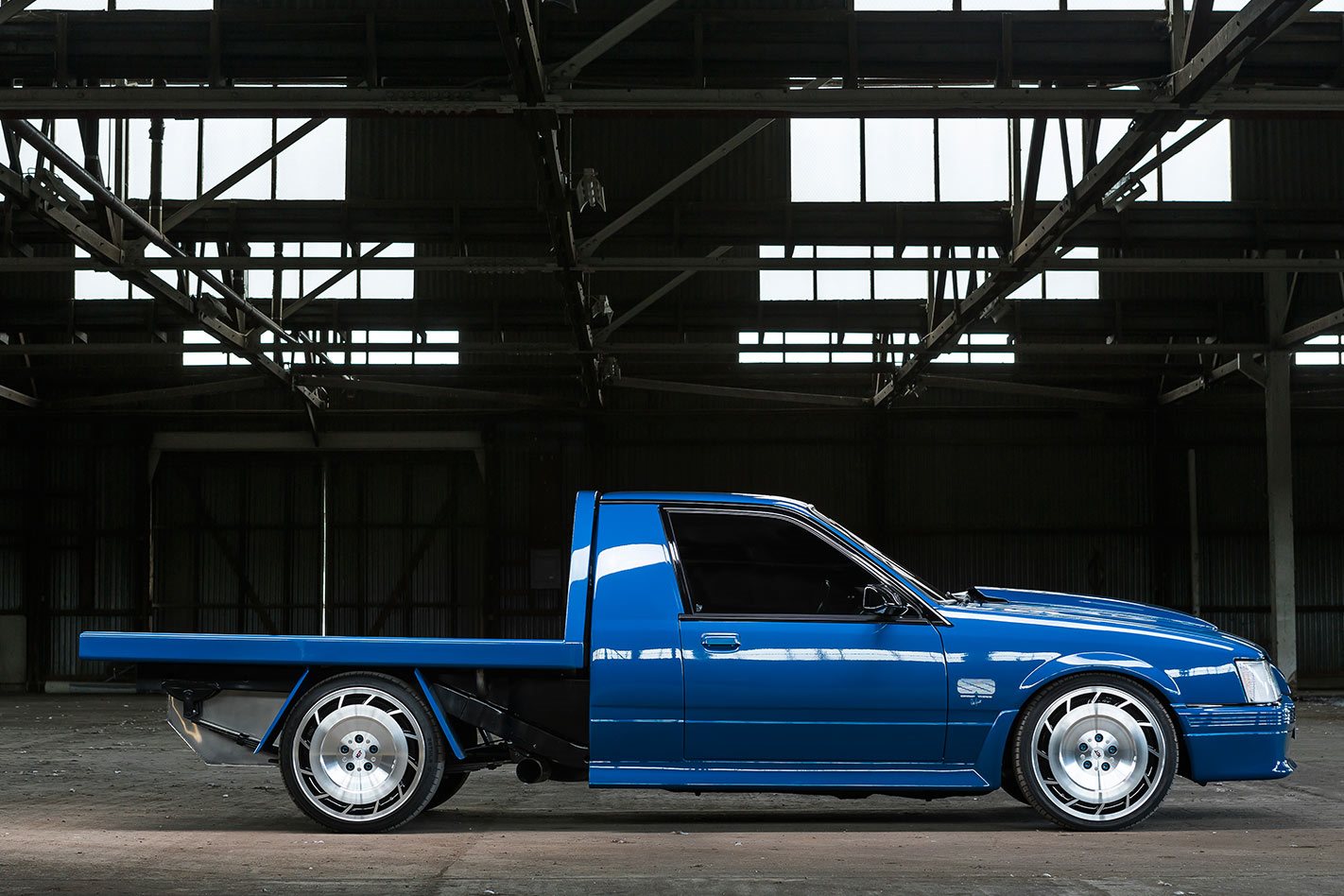 The donor VY’s sturdier twin-piston brakes were installed into Danny’s VK tonner, to keep the car compliant with engineering requirements. Bigger power requires bigger brakes, otherwise the world speeds up too much and summer will be here before you know it!

They certainly weren’t for Danny Board, who jangles the keys to this impressive VK Holden Commodore ‘one-tonner’. Not only is Danny’s one-off creation built with a rear-half chassis – more or less the way Holden would have done it – but it also serves as a tidy VK HDT Blue Meanie tribute, packs in a stack of stuff from a later-model VY Commodore, and rocks a supercharged LS V8 up front. Crikey! 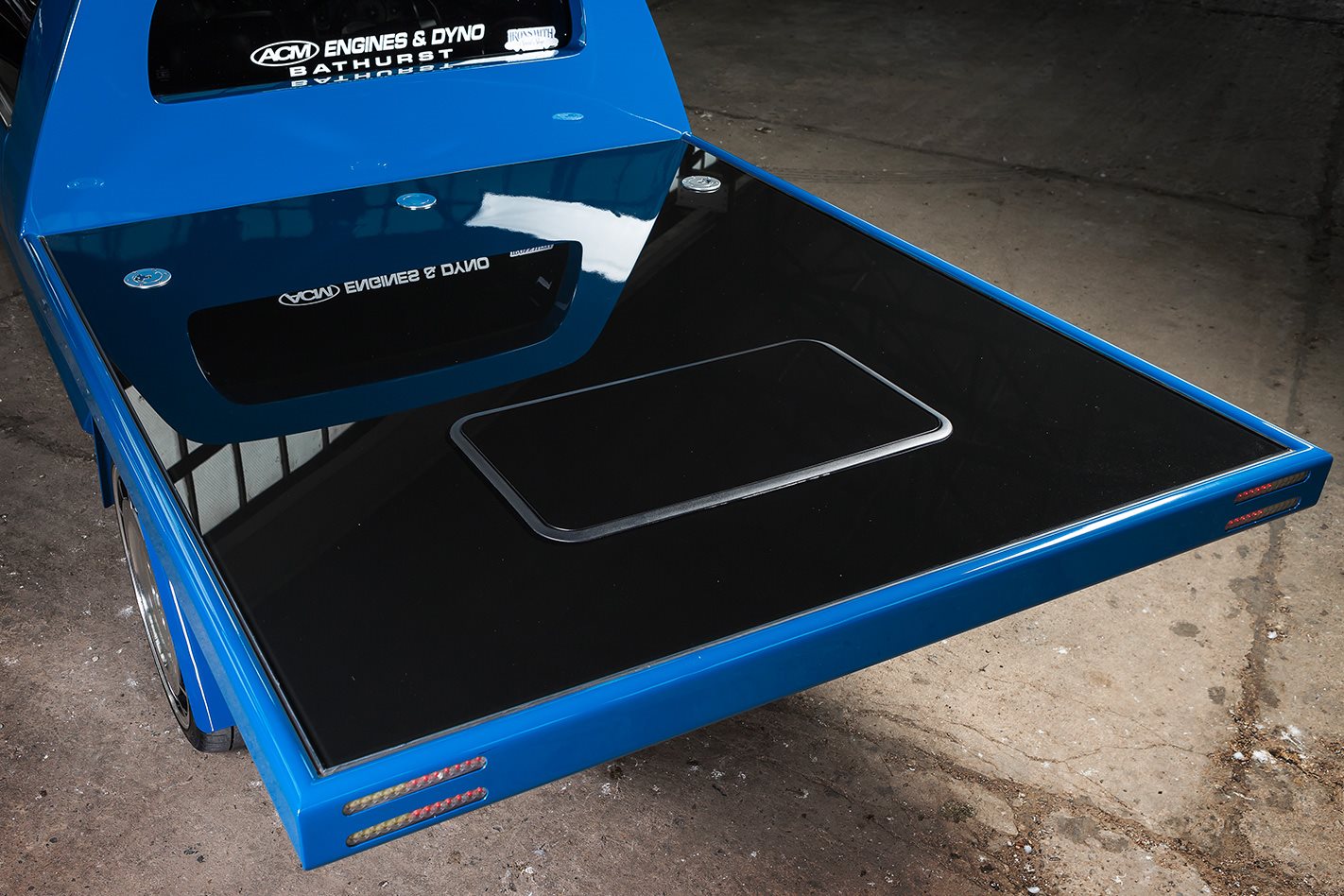 Yep, that’s a sheet of glass covering the tray. If you were to mention: “Blue Meanie replica ute with VY dash transplant and a black-glass tray with a sunroof in it,” most blokes would spit their beer out if they hadn’t seen Danny’s creation first. But it’s almost genius

To be honest, though, it wasn’t exactly Danny’s idea to create this Commodore, nor did he build it from scratch – although, as he tells it, maybe he should have. 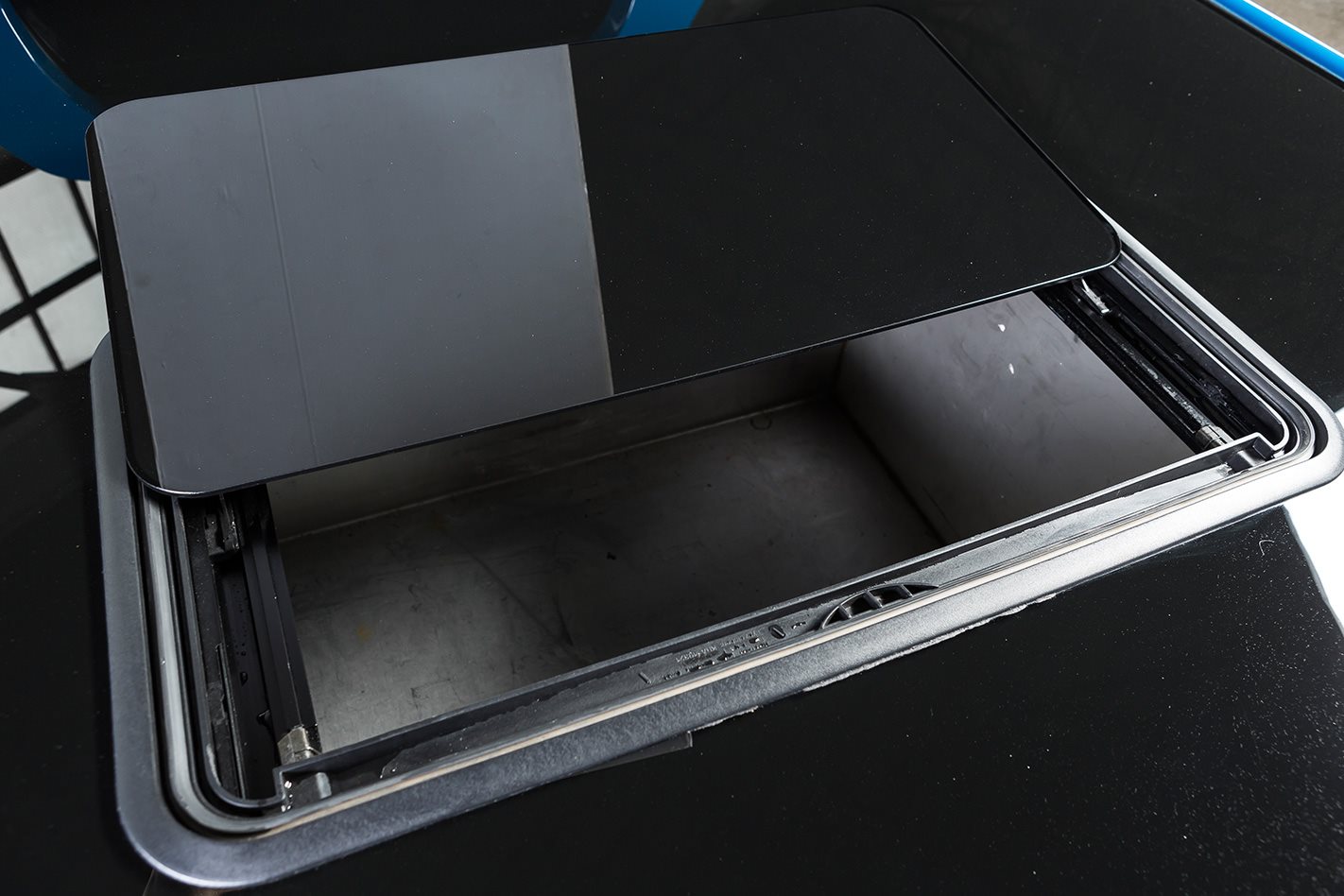 The clever drop-tank boot is large enough to carry a space-saver spare wheel for when Danny ventures out of town, such as over the Blue Mountains to swap meets and car shows closer to the coast

“I saw it on eBay one day,” he begins. “To cut a long story short, I was having a break from another project, after the death of my brother-in-law. I’d lost interest in that, but I spotted this. I wasn’t looking for a ute – I think I found it listed as a ‘VK Project’. It had been started, then it went through a stack of owners.” 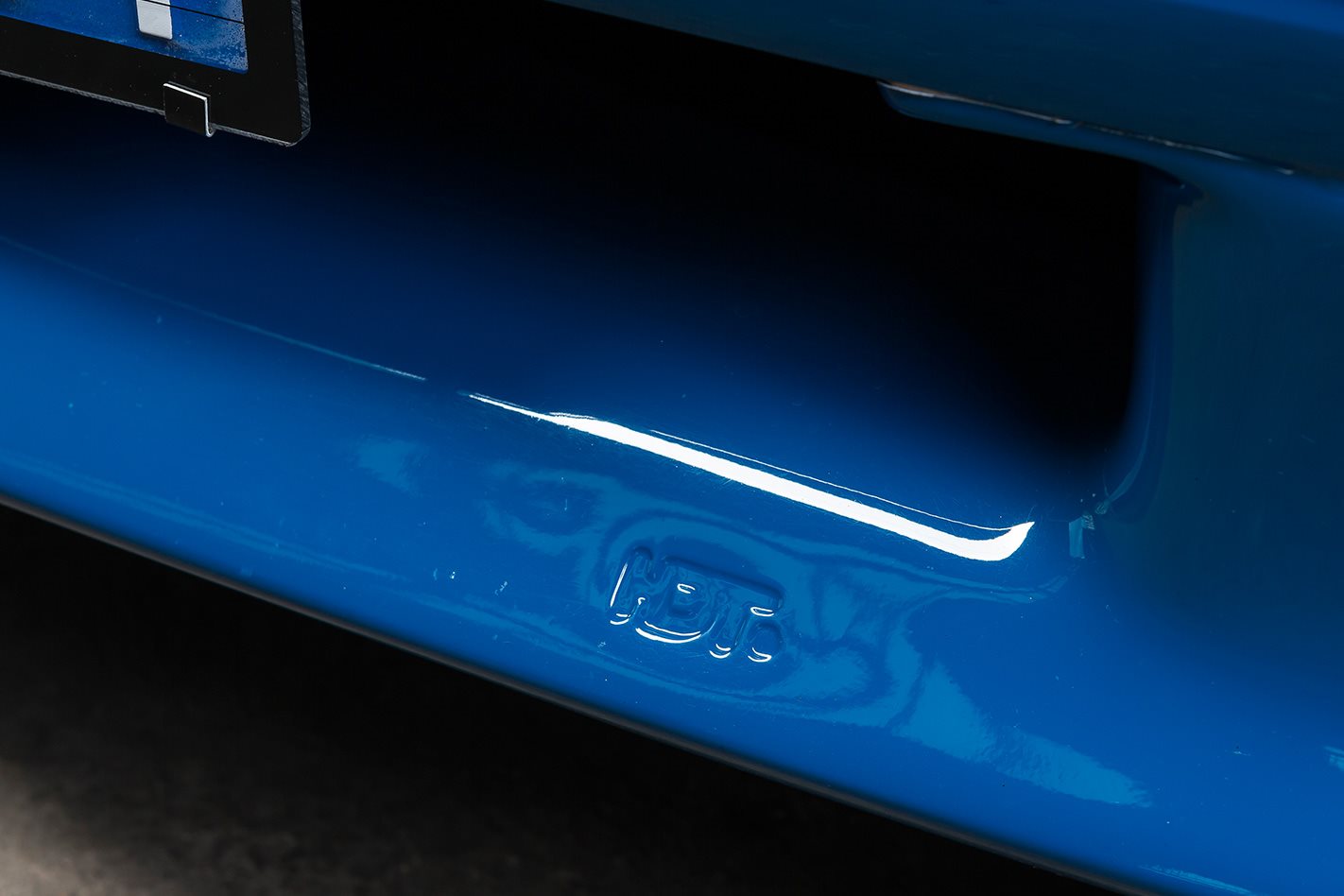 Danny is a house-builder who is lucky enough to own a couple of Aussie muscle car legends – a 350-cube HT Monaro and a VK Commodore SS Group A Group Three – and live in the shadow of Mount Panorama near Bathurst. 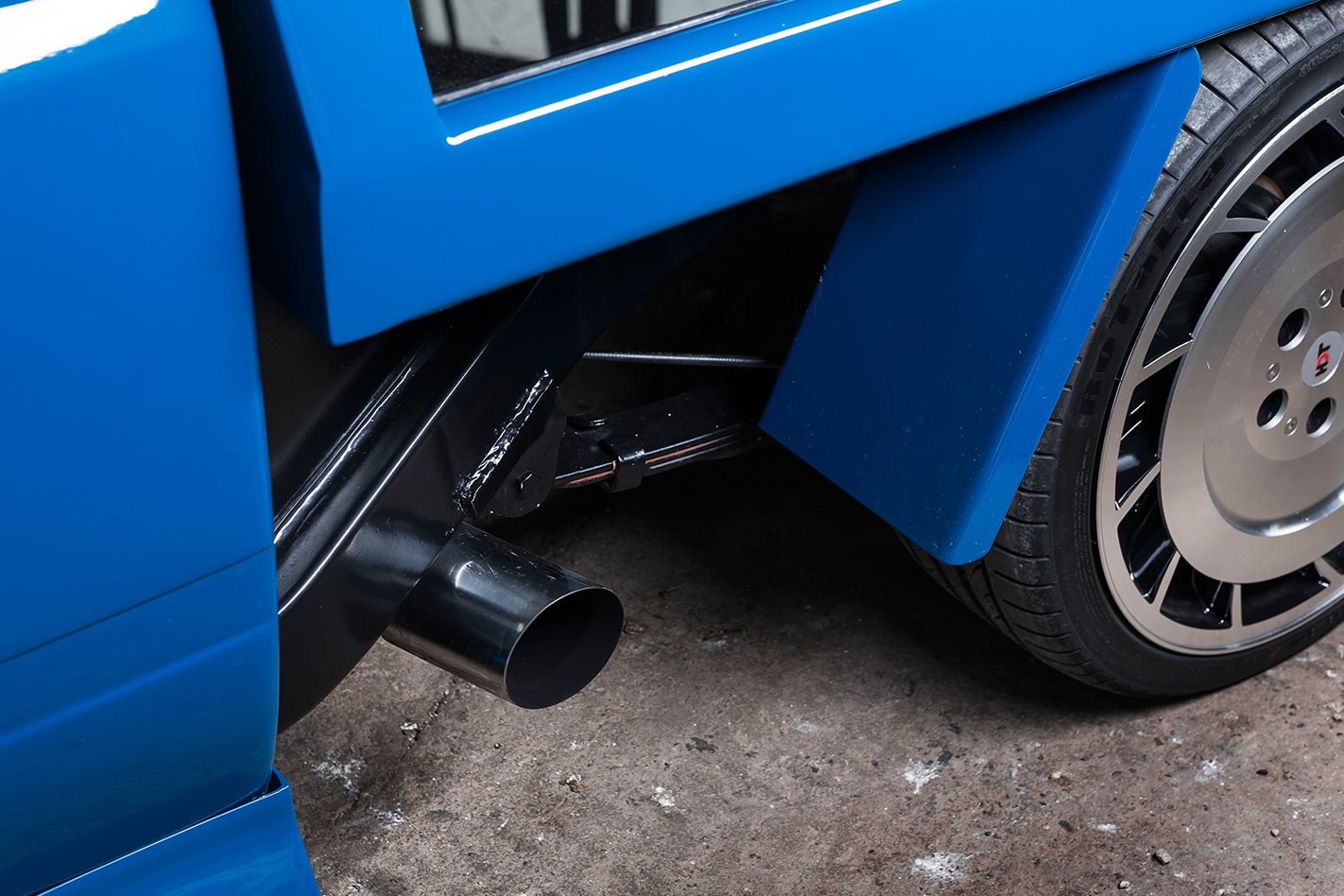 “My original idea wasn’t to register it, just drop in a big-block for some fun,” he says. “But I was having a few beers at a mate’s place and I met a bloke who said he was selling an SS. He wasn’t sure what it was but said he wanted $1500.” 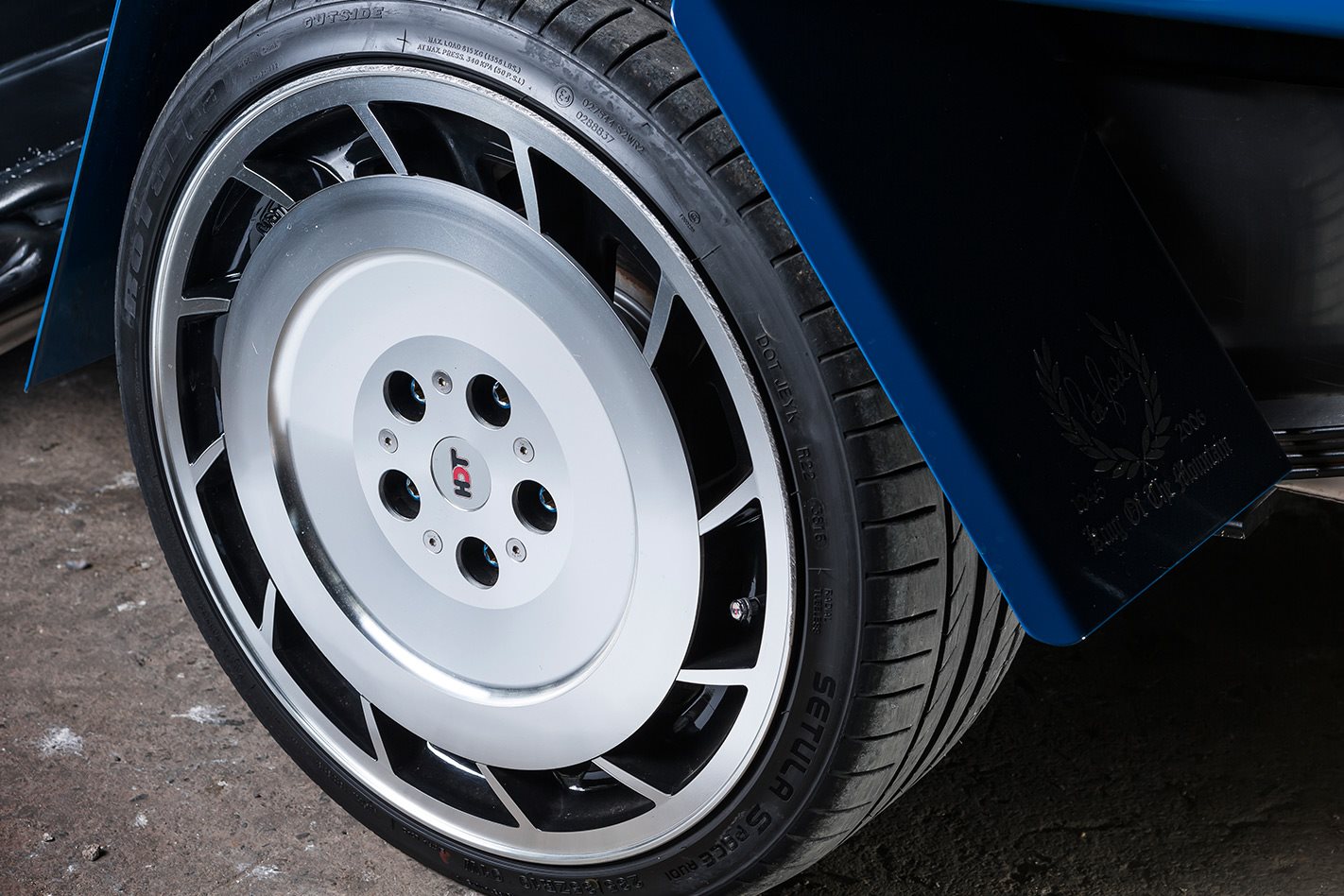 Larger-than-original HDT tribute wheels have become a thing in the past couple of years, even on standard original time-warp HDT cars. Danny’s custom-built ute is certainly not one of those; rather, it’s a tribute to what could have been, and looks awesome for what it is!

The bargain buy was a VY series, so that gave Danny the idea to use it as a parts donor for the two-decade-older VK. But first, he had to sort out the obviously ‘unfinished’ parts of the unfinished project he’d bought. 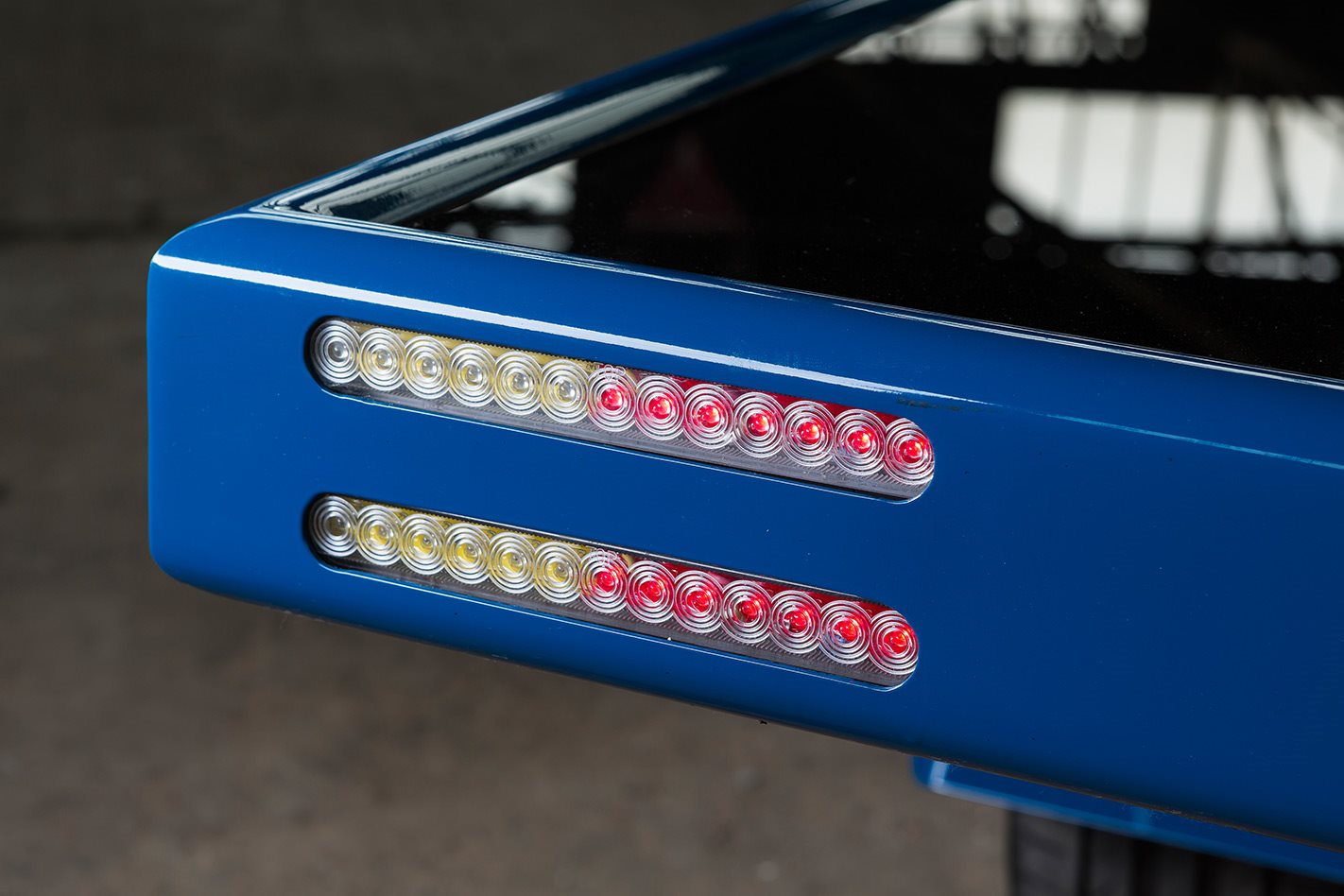 “It hadn’t really been built right,” he explains. “It wasn’t sitting right – it looked bent, twisted. I had to cut one of the rails out of it and set it back in straight. It was a bit of a shame because someone had obviously put a fair bit of effort into it.” 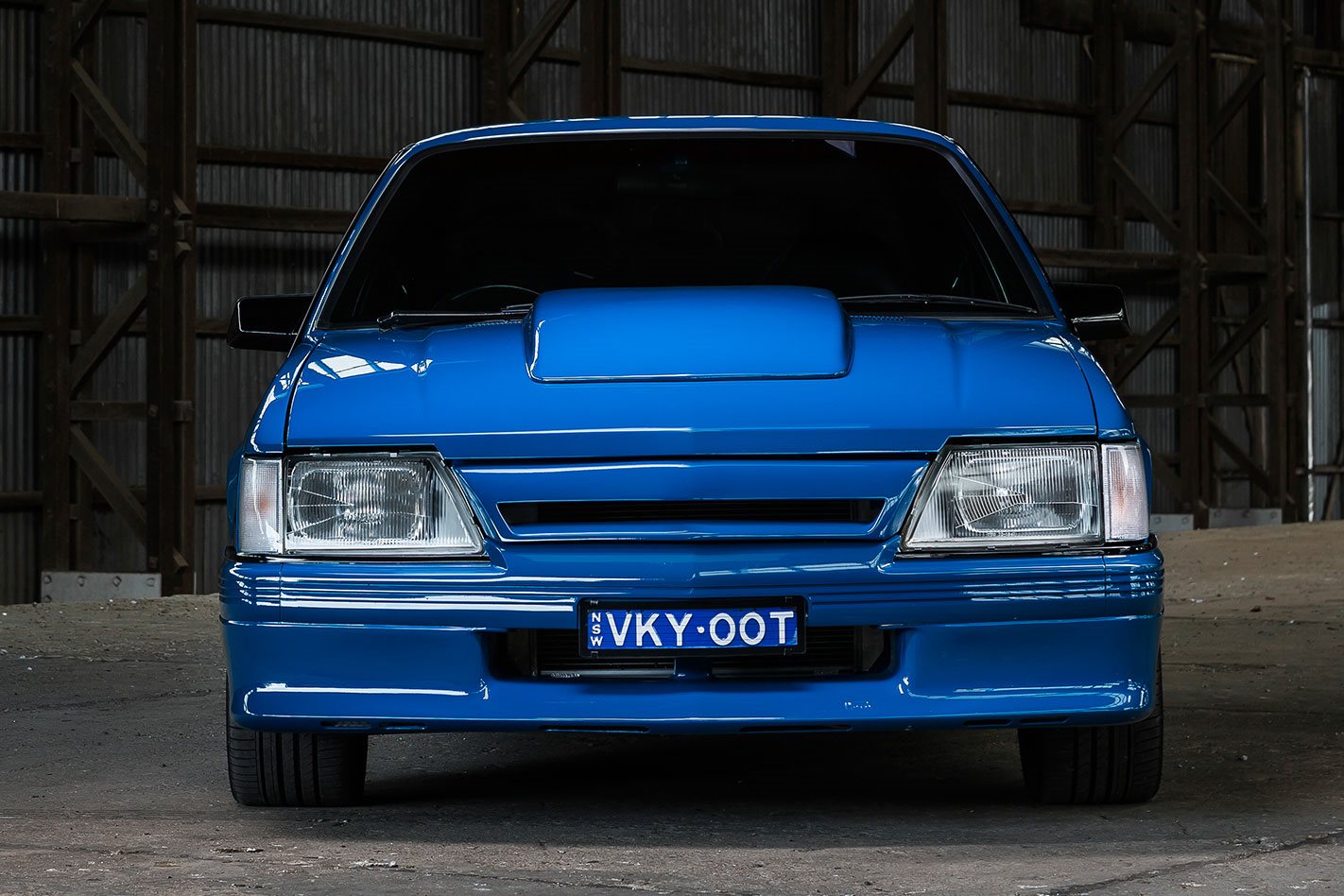 Holden’s commercial HQ-WBs – utes, vans and one-tonners – of the 1970s used a full-chassis design with a body sitting on top, but this Commodore tonner had been created by welding the rear half of an HJ ute chassis to the inside surfaces of the Commodore’s sills after the rear body section had been removed. The result is a factory-engineered set of rails and rear suspension that should be able to work long and hard for its living – but more on that later. 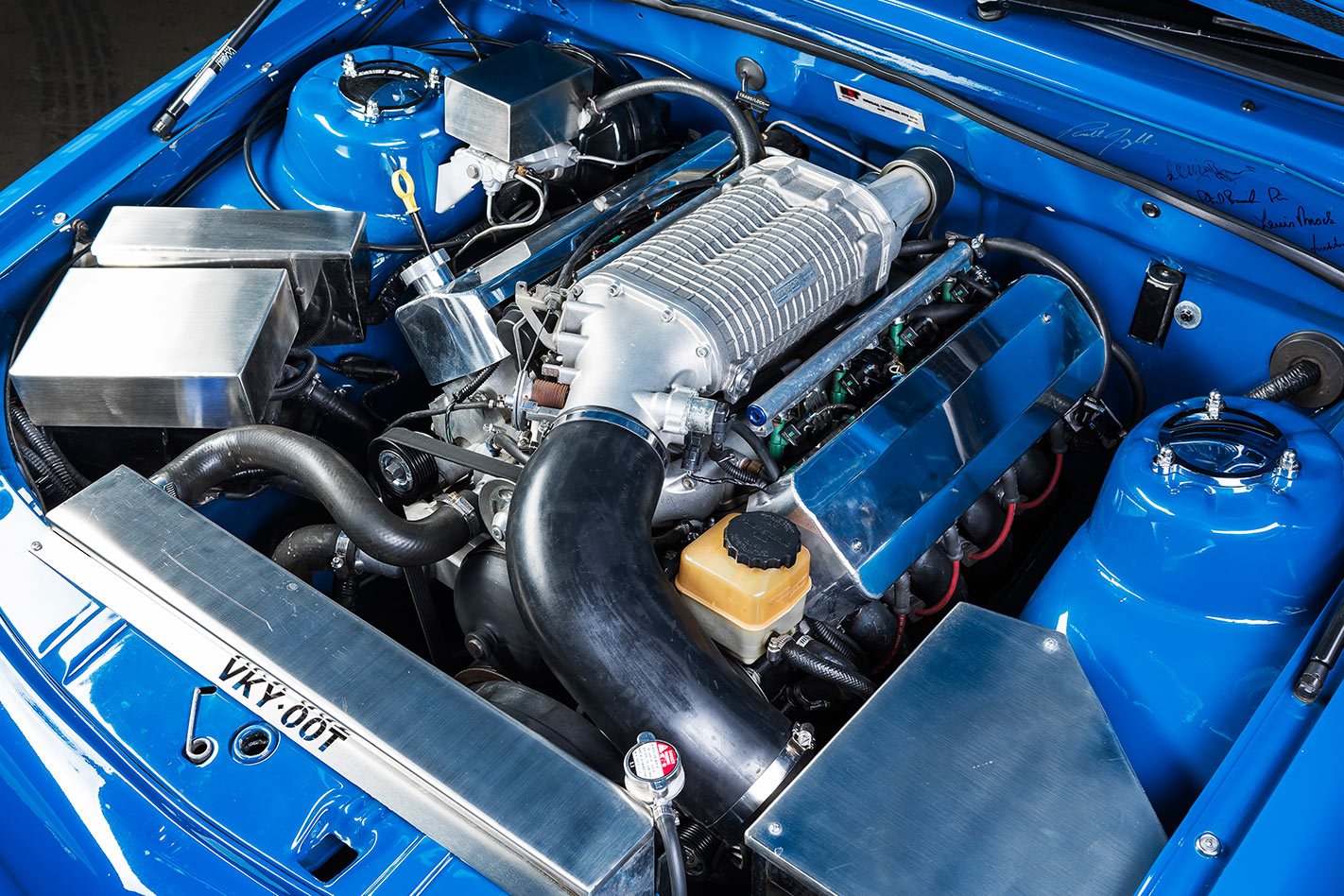 Like thousands of other street machiners, Danny has discovered the delights of an LS-series all-alloy V8 transplant. This one is from a bargain-buy VY SS Commodore that also gave up its trans,
wiring, dash, climate control and steering for a tricky VY-to-VK transformation

Other work required to create the tonner was – of course – the closing-in of the rear of the body (using an early-model HiLux window and rubber) and replacing the abbreviated turret with another due to one of the project’s previous owners having installed a sunroof. The work took two years of part-time effort, and despite the now-stunning appearance, none of it was easy, right down to the original car’s paint: “The body looked like it had had the paint stripped off with a grinder,” Danny laments. 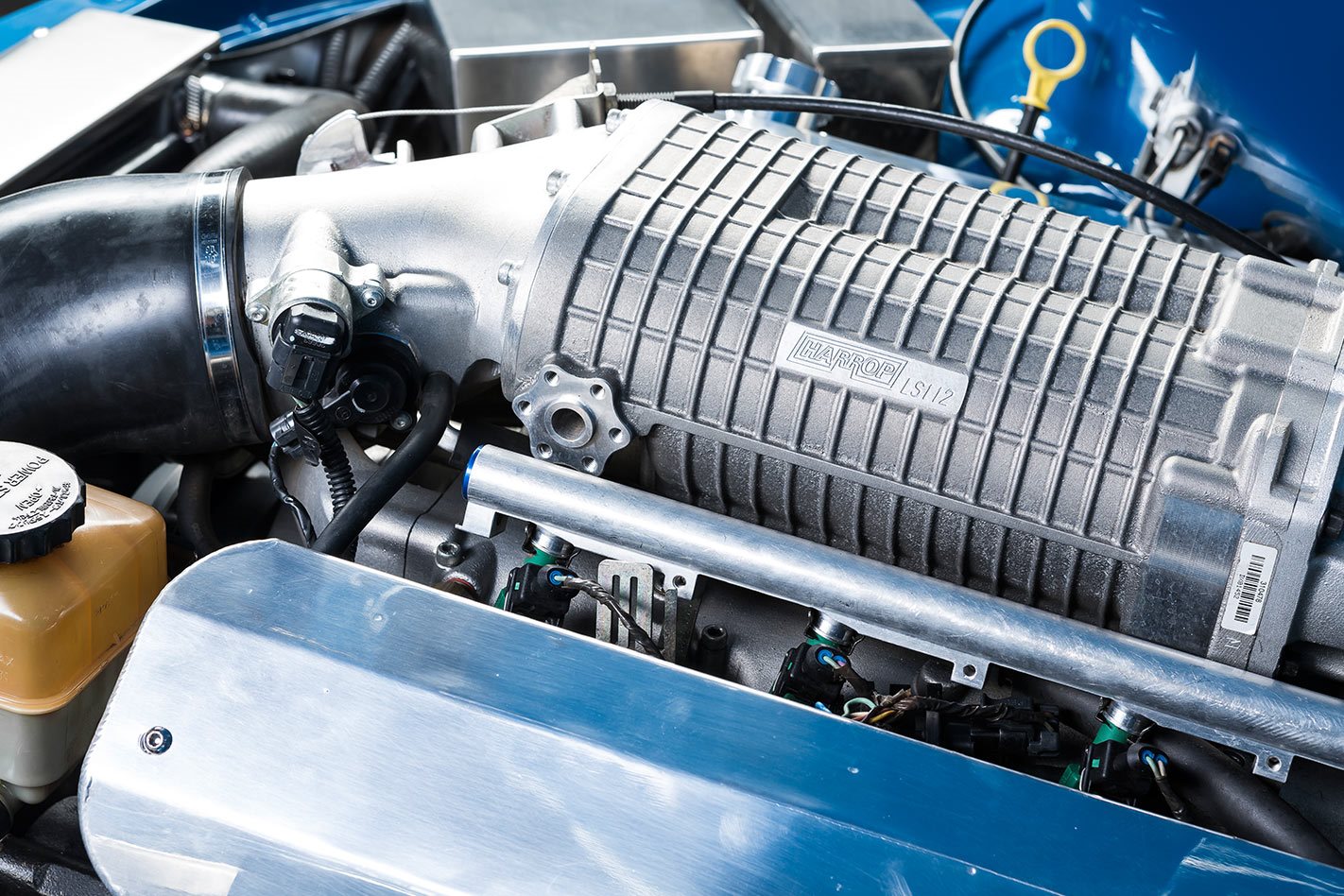 And if that wasn’t enough brainwaving, it’s had a cam upgrade and is carrying a Harrop positive-displacement supercharger, too. It’s all engineered for NSW rego

The dash looks factory because it mostly is: the lesser curve of the VK Commodore windscreen was compensated for by reshaping the infill panels adjacent to the ’screen. The extra width of the donor VY dash was made to fit the narrow-waisted VK by fiddling with the outboard door-pod/air vent trim sections of the two VK doors when they were being modified to VY-style. It was critical to get the pitch (angle) of the dash correct so it would properly align to the centre console. The VY’s steering column emigrated, too. And yes, everything (except the airbags) works thanks to Danny carefully splicing in the complete VY wiring harness during a six-week, take-it-easy holiday from building after a small stint in hospital. Give the man a 10 out of 10! 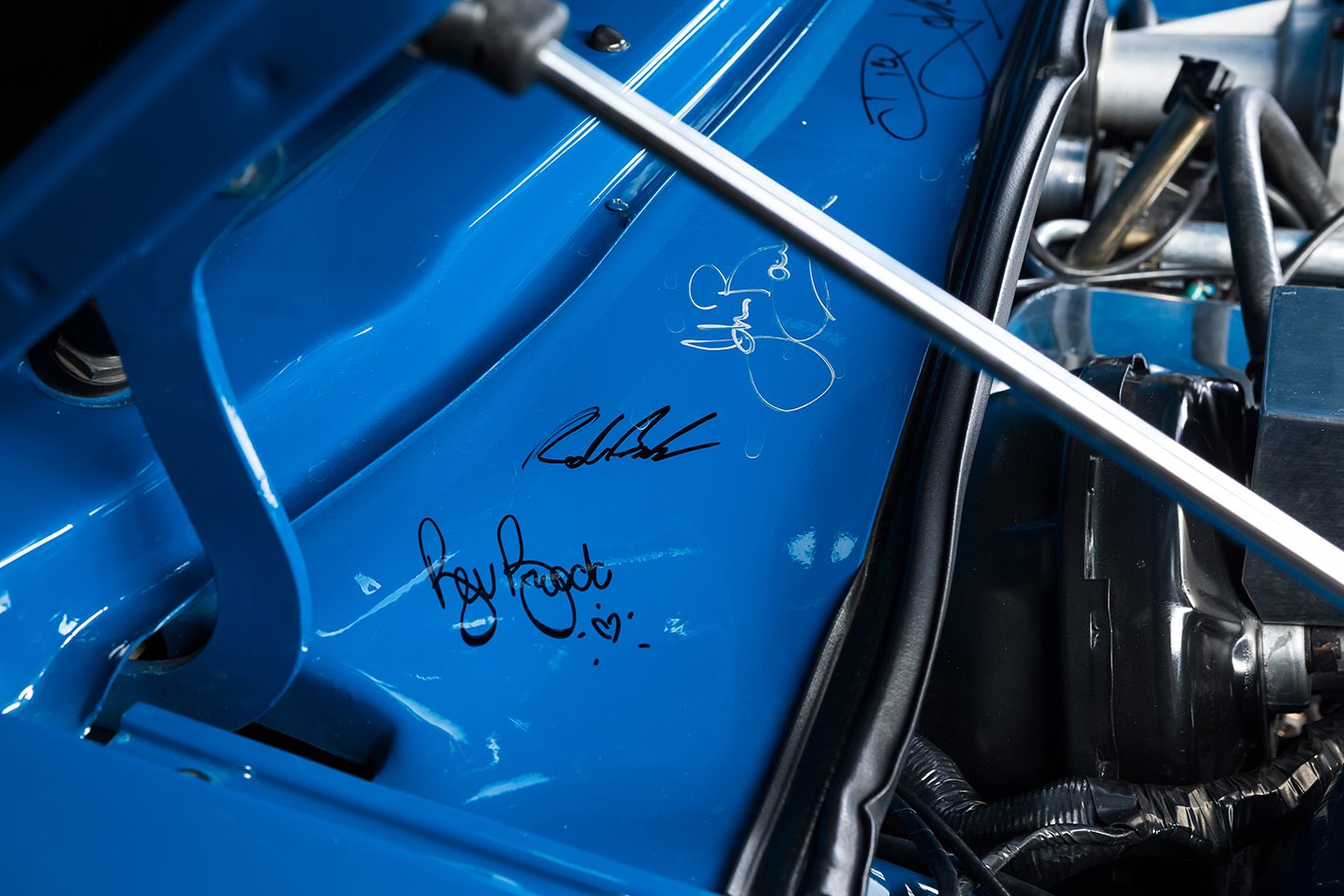 He’s had good help, too, with Ray Tobin performing some panel magic on both the original and the fabricated sections of steel before Darren Smith laid on that soul-stirring VK Commodore SS Group A-spec PPG Formula Blue. That ‘drop tank’ is actually a clever extra storage area accessed by – drumroll, please – an electric sliding sunroof recessed into the glass tray. 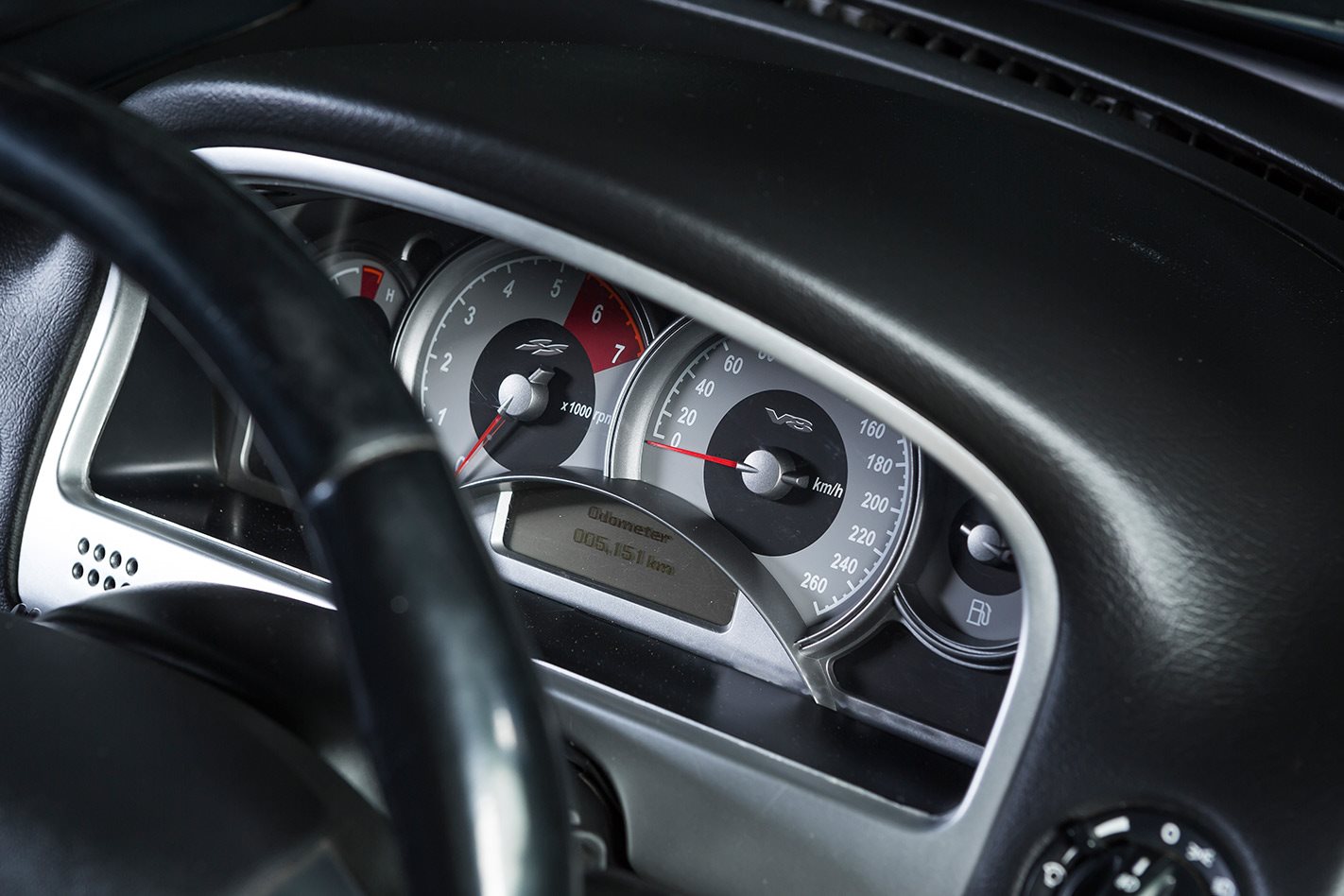 Sunroof? Tray? Glass? Huh? Yes, that tray is glass, a superb-looking slice of toughened industrial-grade stuff, back-painted black (and also protected with steel where required) on the underside for a grand lustre on the topside. You see, despite this VK Commodore’s ‘tonner’ status, it’s about as likely to carry concrete or clay or a Doulton dunny to Danny’s job sites as he is of dressing in a pink tutu and singing Somewhere Over The Rainbow at the pub just after knock-off time on a Friday. Yeah, nah. The real fuel tank is something Danny bought from the wreckers, with the filler flush-fitted on the driver’s side of the tray. 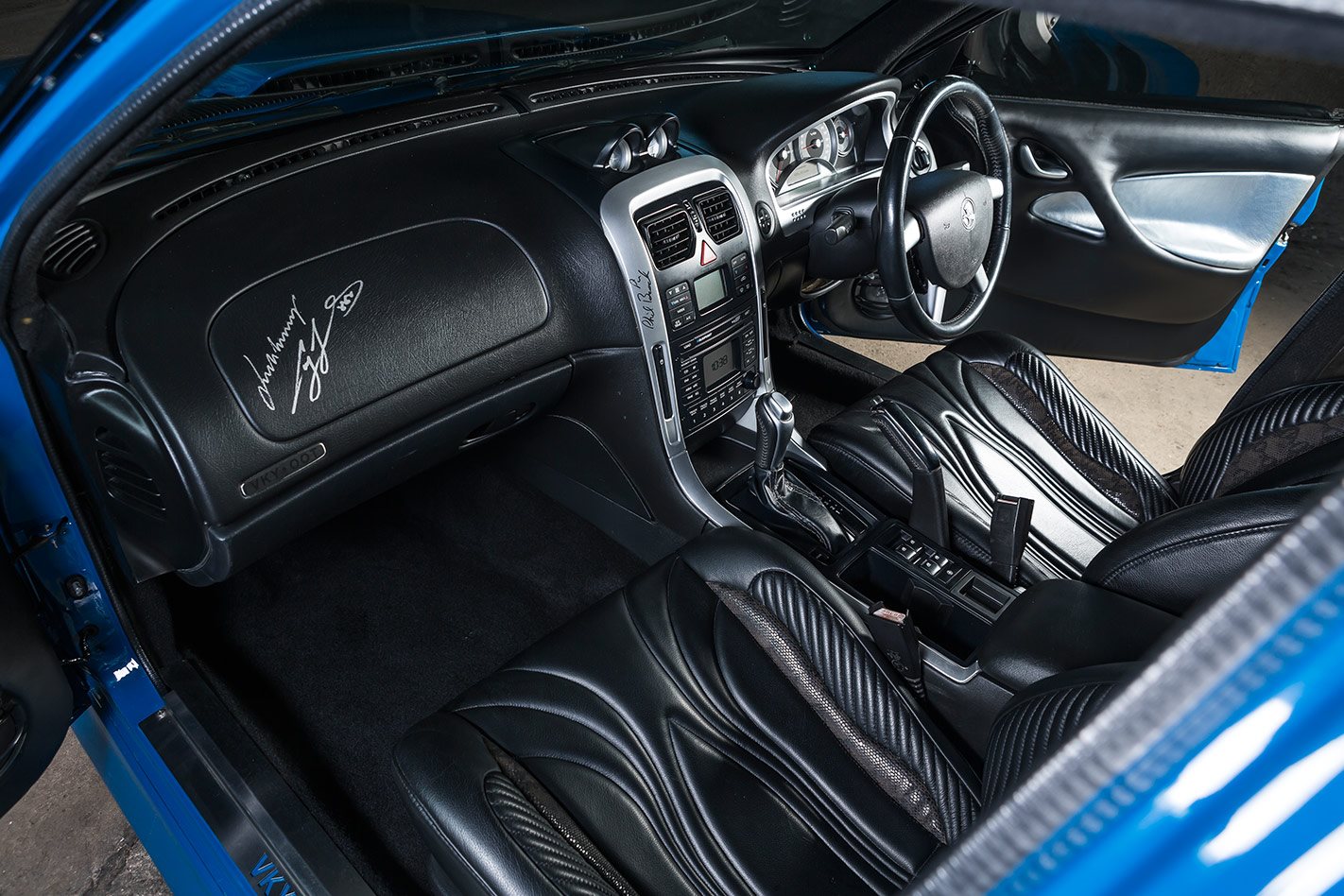 The dash transplant was an enormous task, carried out by Danny himself. The VY’s face-level vents have been deleted to make the whole lot sit inside the less-expansive VK body. The door cards have lost both height and length to fit onto the VK doors

The donor SS gave up its powertrain as far rearward as the output splines of its now-toughened four-speed auto gearbox. Danny did consider using the VY’s semi-trailing arm independent rear suspension, but he shook his head and crossed his arms at the time and effort involved in splicing the VY’s rear sub-frame under the ex-H-series rails. Instead, he installed an ex-VL Commodore Turbo BorgWarner rear end, modified with the pads for the H-series leaf springs – a far easier and more common swap for Holden utes. 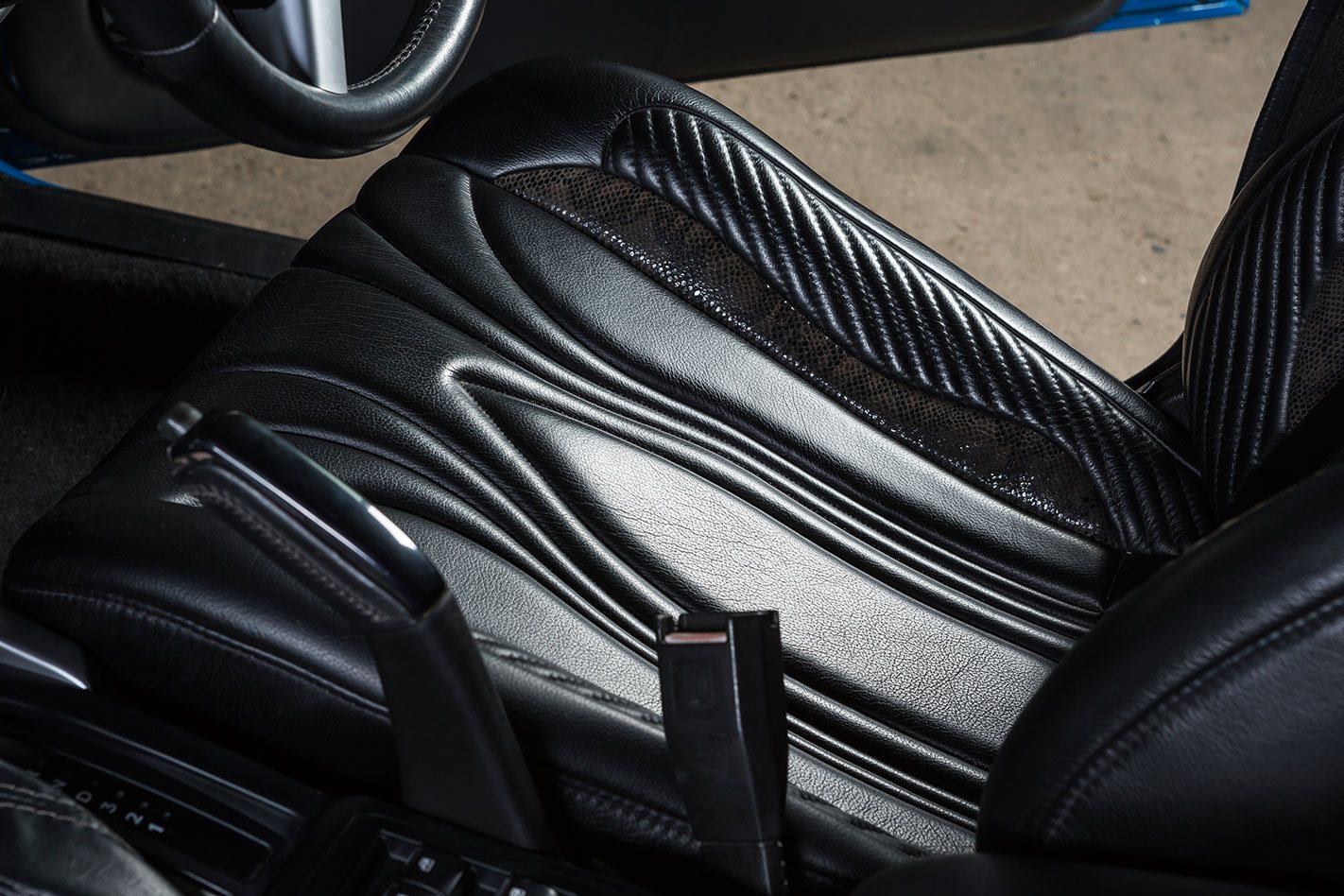 The seats are Subaru items that Danny bought already snakeskin-trimmed, and cheap. This bloke is not bad with the budget!

What’s up front gets grins, too: an LS1 5.7-litre V8 transplant with its valley full of blower. The engine is from the same VY SS and runs all standard bits, and the Harrop 112 supercharger set-up is also a bargain-buy, Danny removing it from a car he’d bought, then on-selling it. It’s not intercooled, and in a modest and safe state of tune plays out just under 400hp at the treads. Danny built the extractors himself. 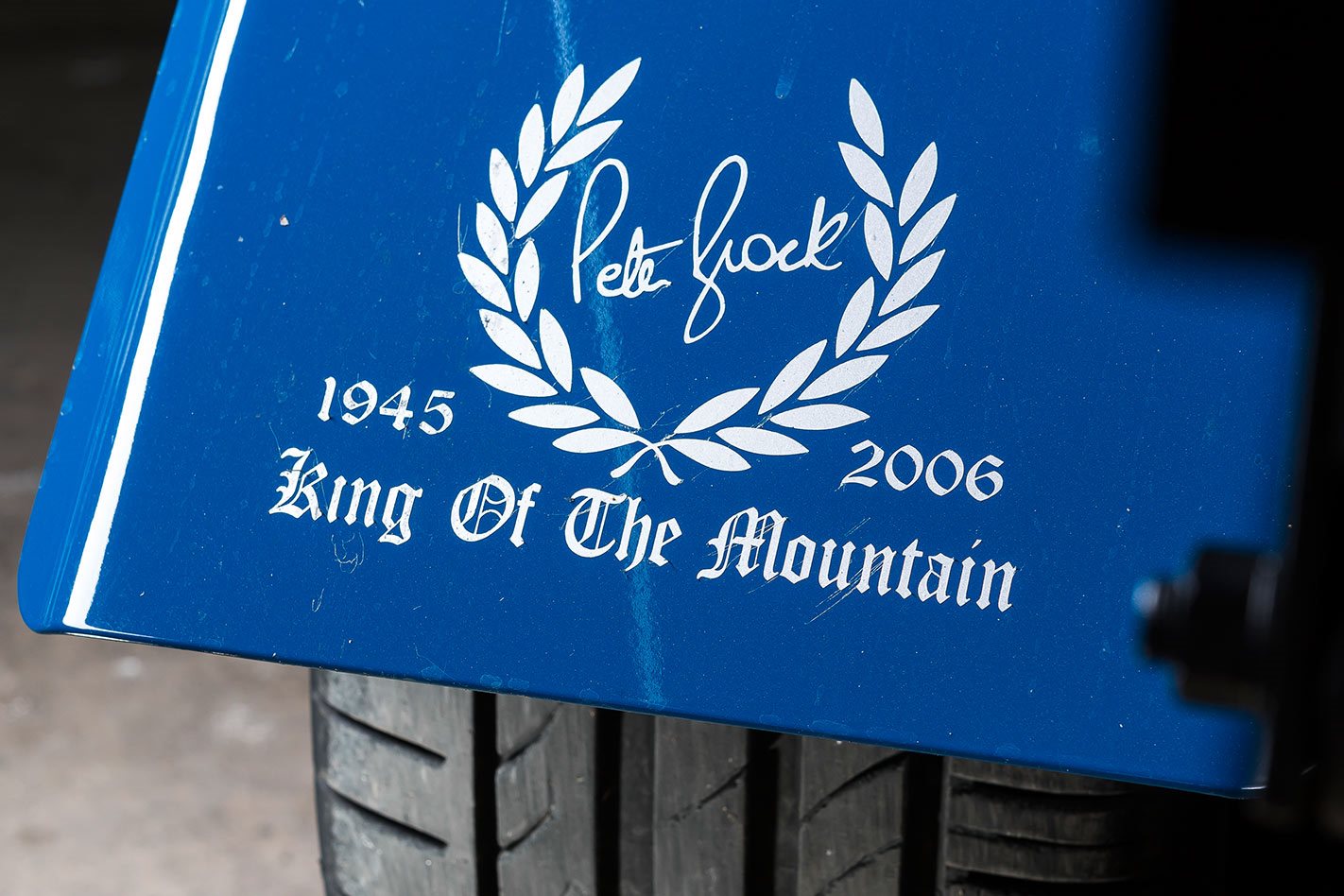 Blue Meanie tribute, or the early Commodore ute Australia wanted to have in the 1980s? This awesome streeter does both. 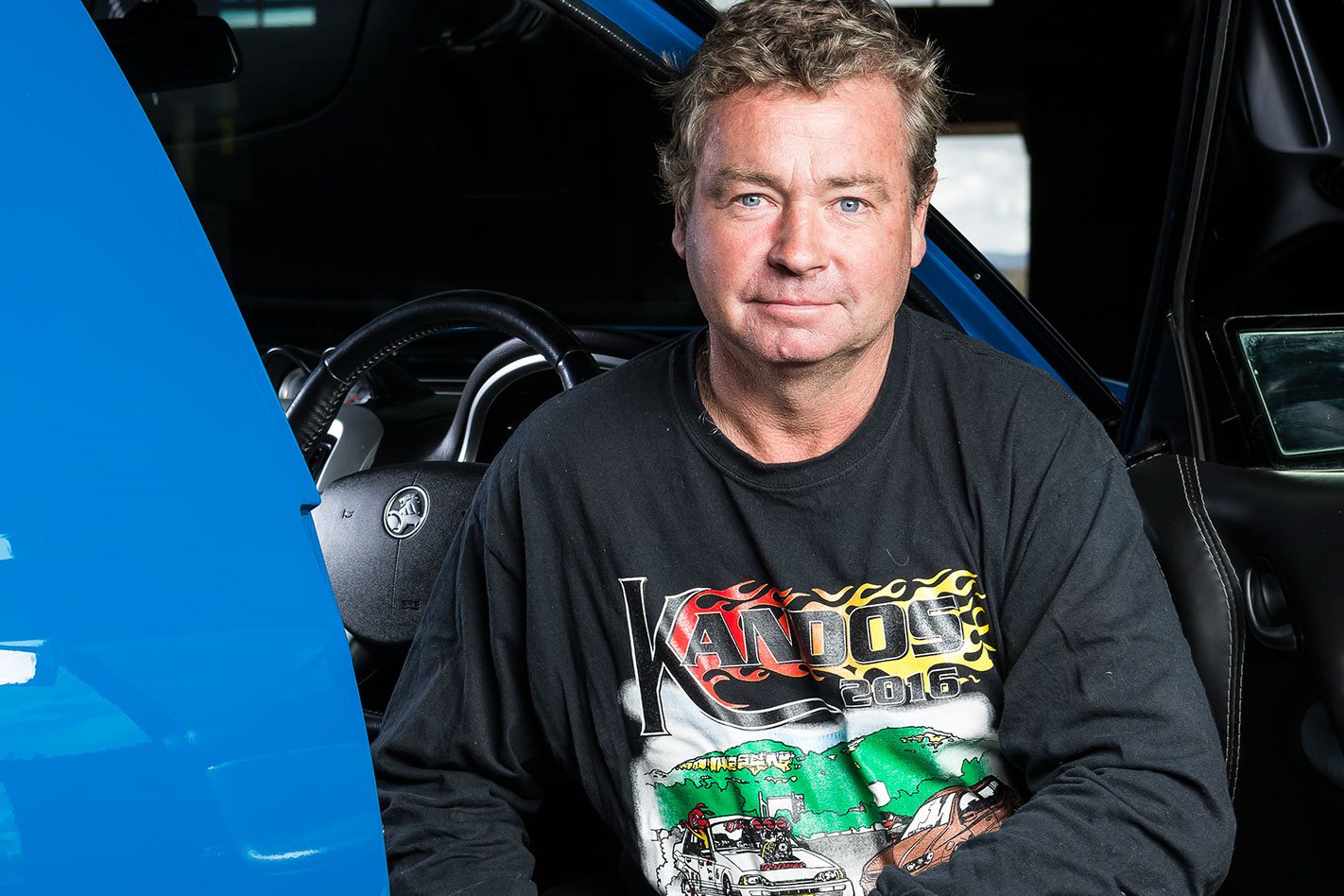 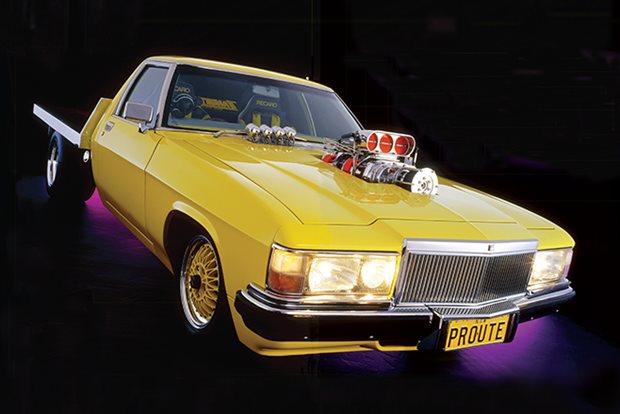 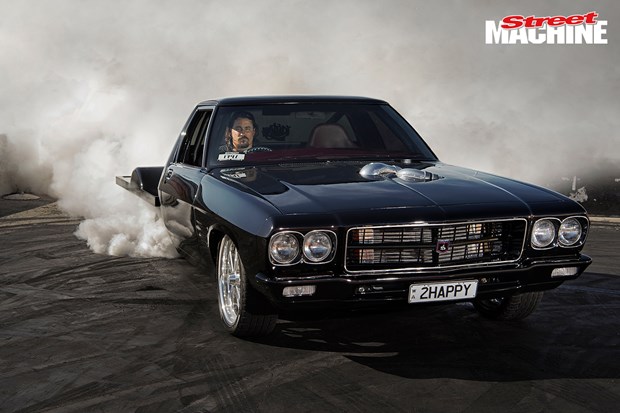 Aussies love cheering for an underdog, and when this HQ Holden one-tonner won Grand Champ at Summernats 30, the crowd went nuts 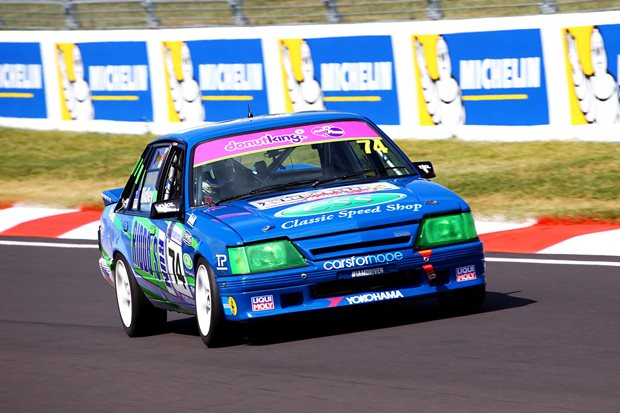 Attacking the Mountain in an LS1-powered VK Commodore