WITH little more than a cam and heads swap, a bolt-on supercharger kit and a drink of pump E85, the LS3 in Luke Grima’s LX Torana has powered the car to a string of 9.5-second quarter-mile passes. It has managed this with a minimum of fuss, on a standard bottom end and in full street trim, breathing through a full exhaust system and rolling on modestly sized radial tyres. 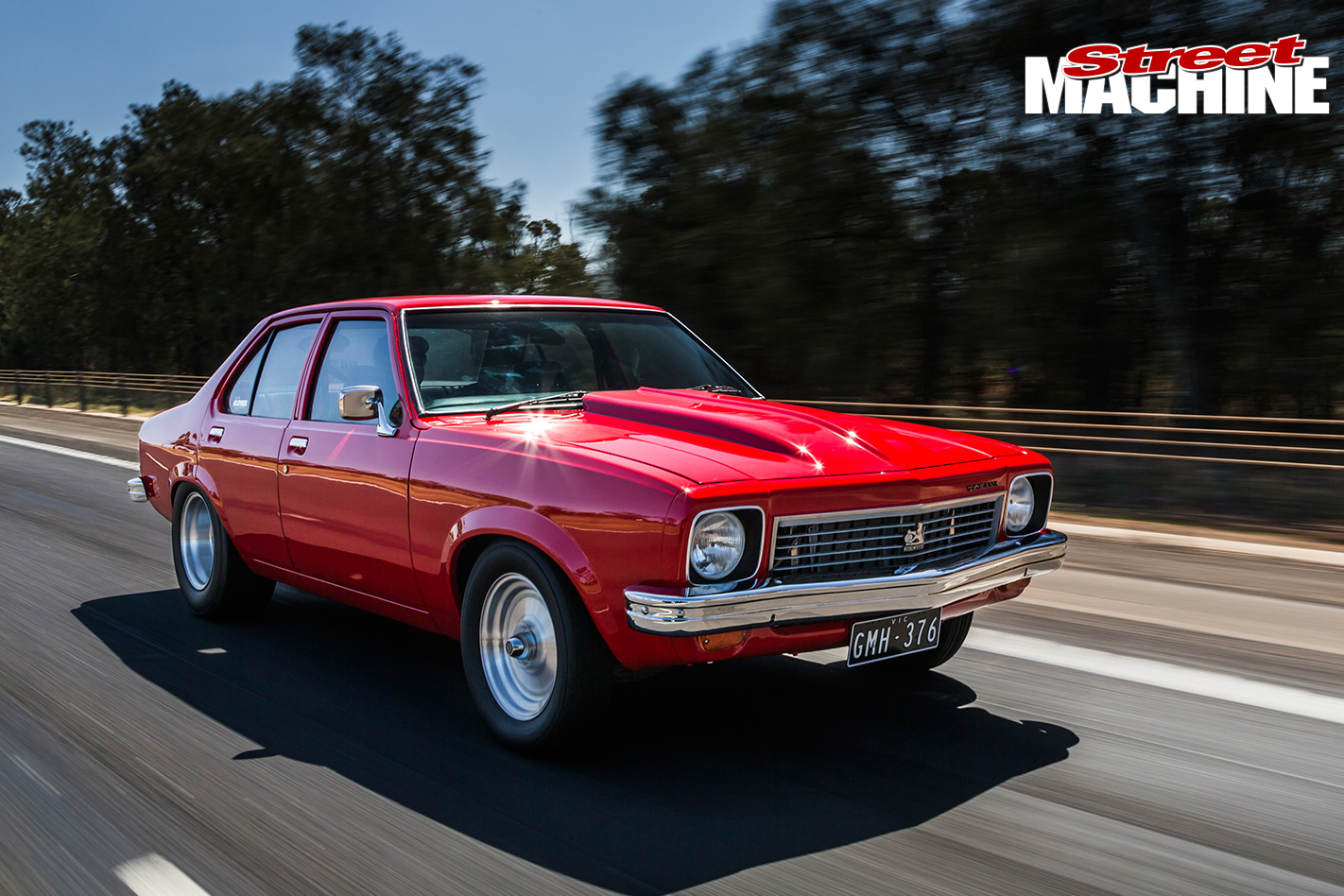 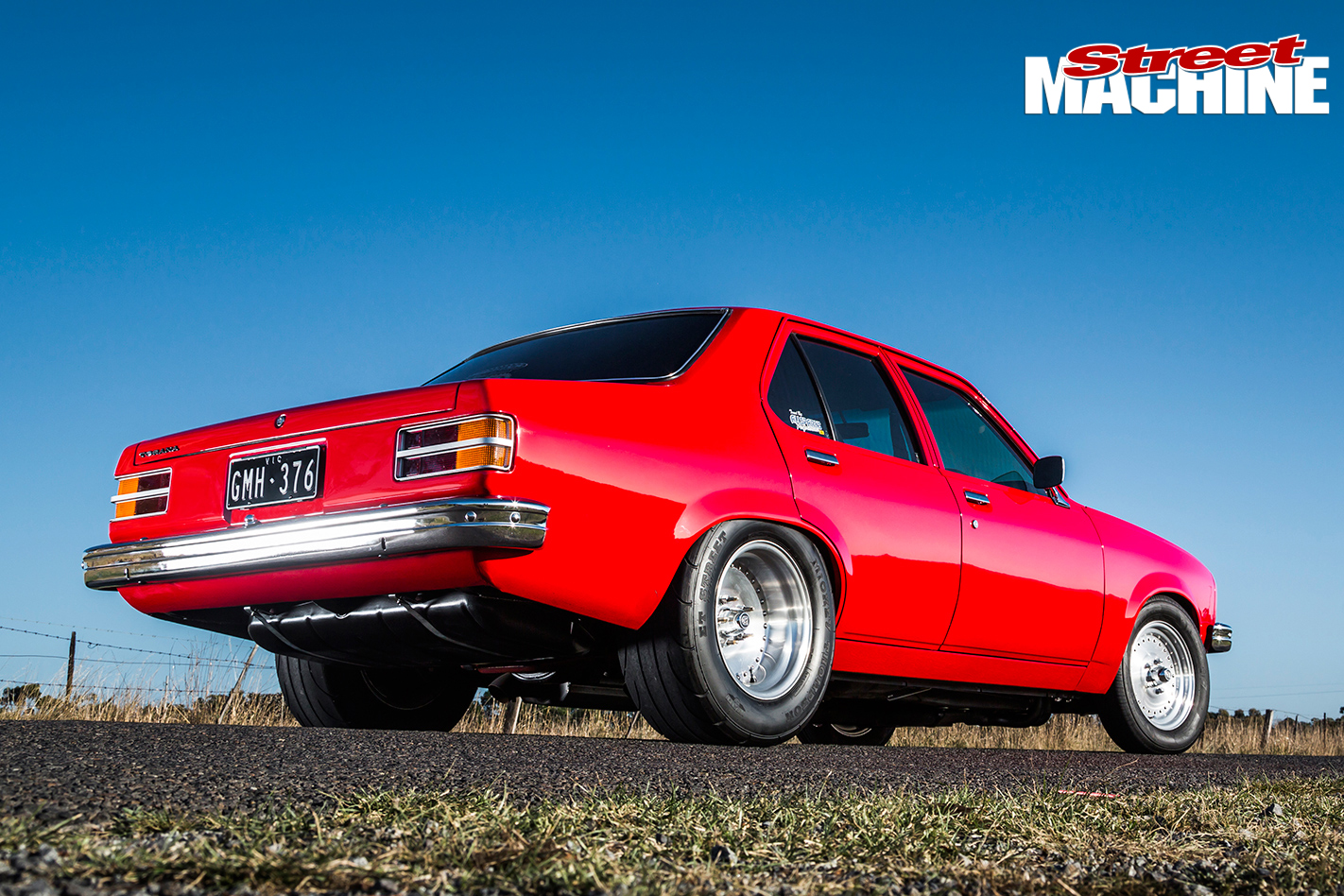 The Sting Red hue was plucked from a Commodore colour chart

Even more impressively, the build was project-managed to a T and took just seven months from go to whoa. It’s the second Torana Luke has built in as many years, and it follows a similar recipe to his previous ride; a twin-turbo LS-powered LX which was knocking on the door of eight-second passes when Luke sold it to his mate Brad. 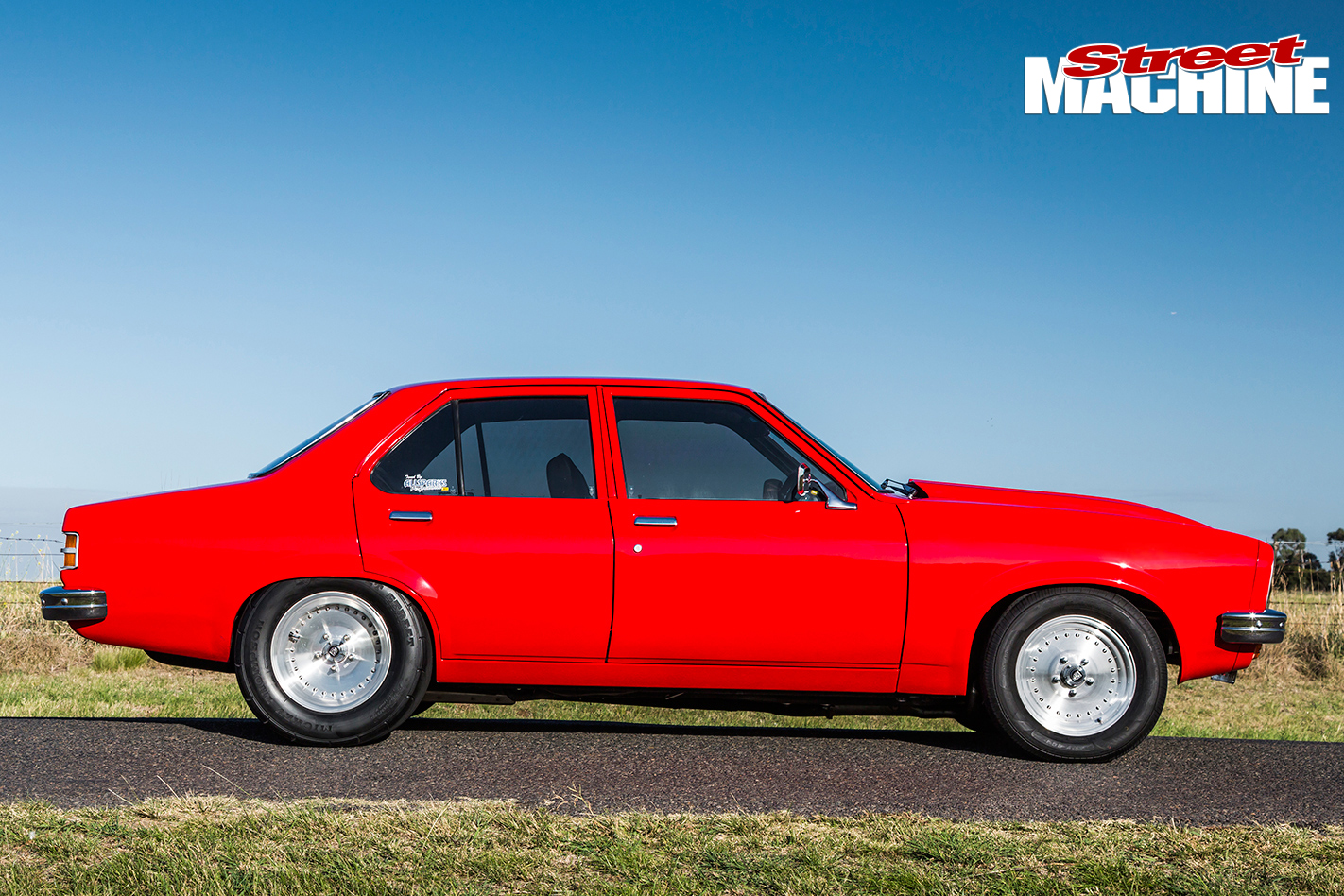 Aside from the Center Line wheels and the 2in reverse-cowl bonnet, Luke's LX is decidedly understated in appearance, just the way he likes it

“I learnt from my experience with the first Torana, so I was fortunate not to encounter any surprises,” Luke says. “Things came together quickly and smoothly. I learnt what works and what doesn’t, and made some really good connections, people who I knew I could rely on.” 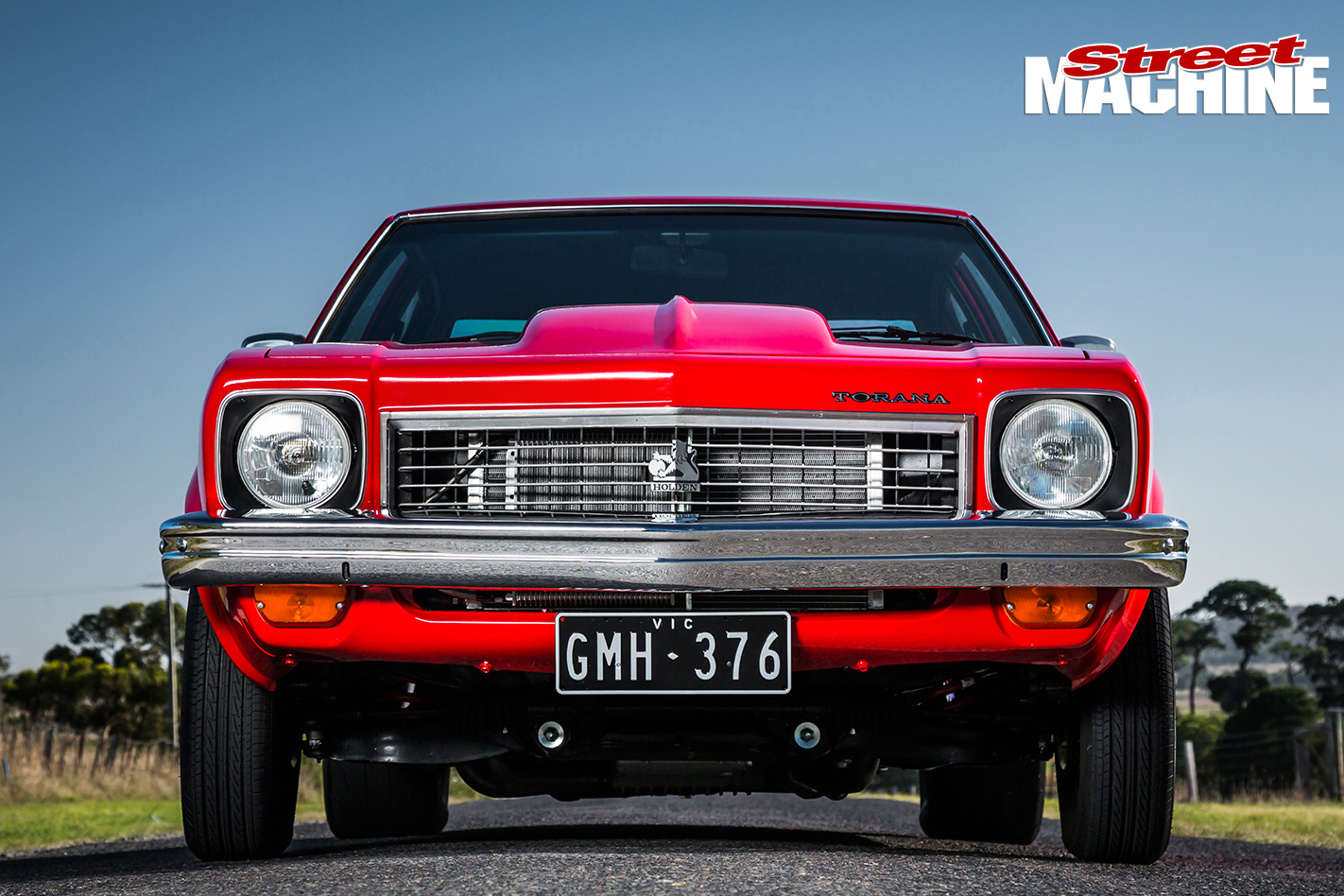 The proprietor of Hasty Auto Trans in St Albans, Victoria, Luke came to own the Torana when a mate offered it to him as a means of settling a debt. He already had the Magnuson pump fitted to his daily drive – a 2013 VE SS-V ute that had gone 10.90 at Heathcote – but Luke came to the realisation that all that power was a bit of a waste in what was effectively his work truck. It made sense to re-home the blower by building a more street-friendly version of his previous Torry; one without a ’cage and mini-tubs. 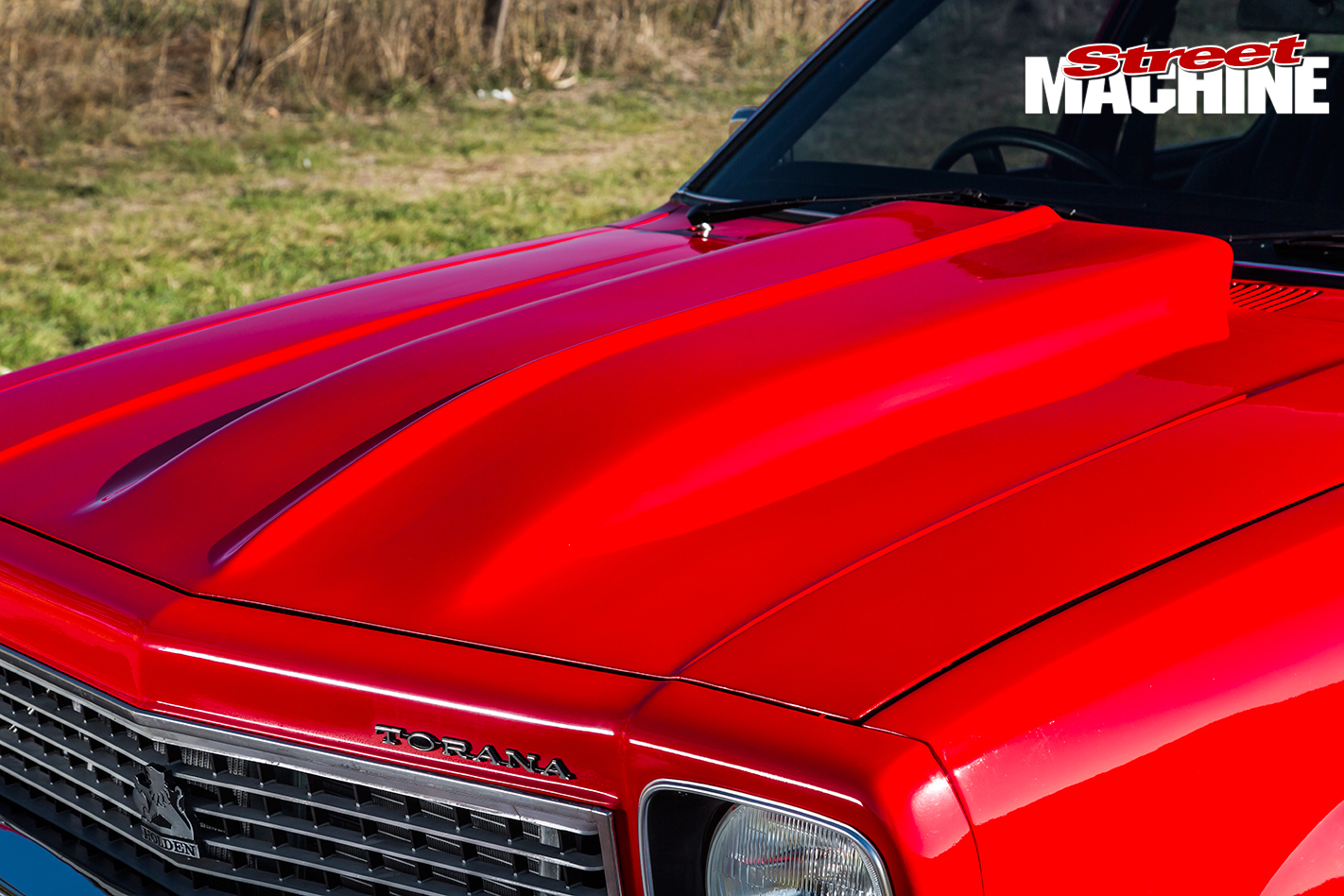 The decision was made and Luke stripped the car to a bare shell and shipped it to his panel beater Daniel Borg, who knocked up some chassis connectors out of 75x50mm steel to tie the front and rear rails together. Daniel then carried out the panel work, sprayed the car in Sting Red, and forwarded the painted shell on to the trimmer inside two months. If only all body restos were that straightforward! 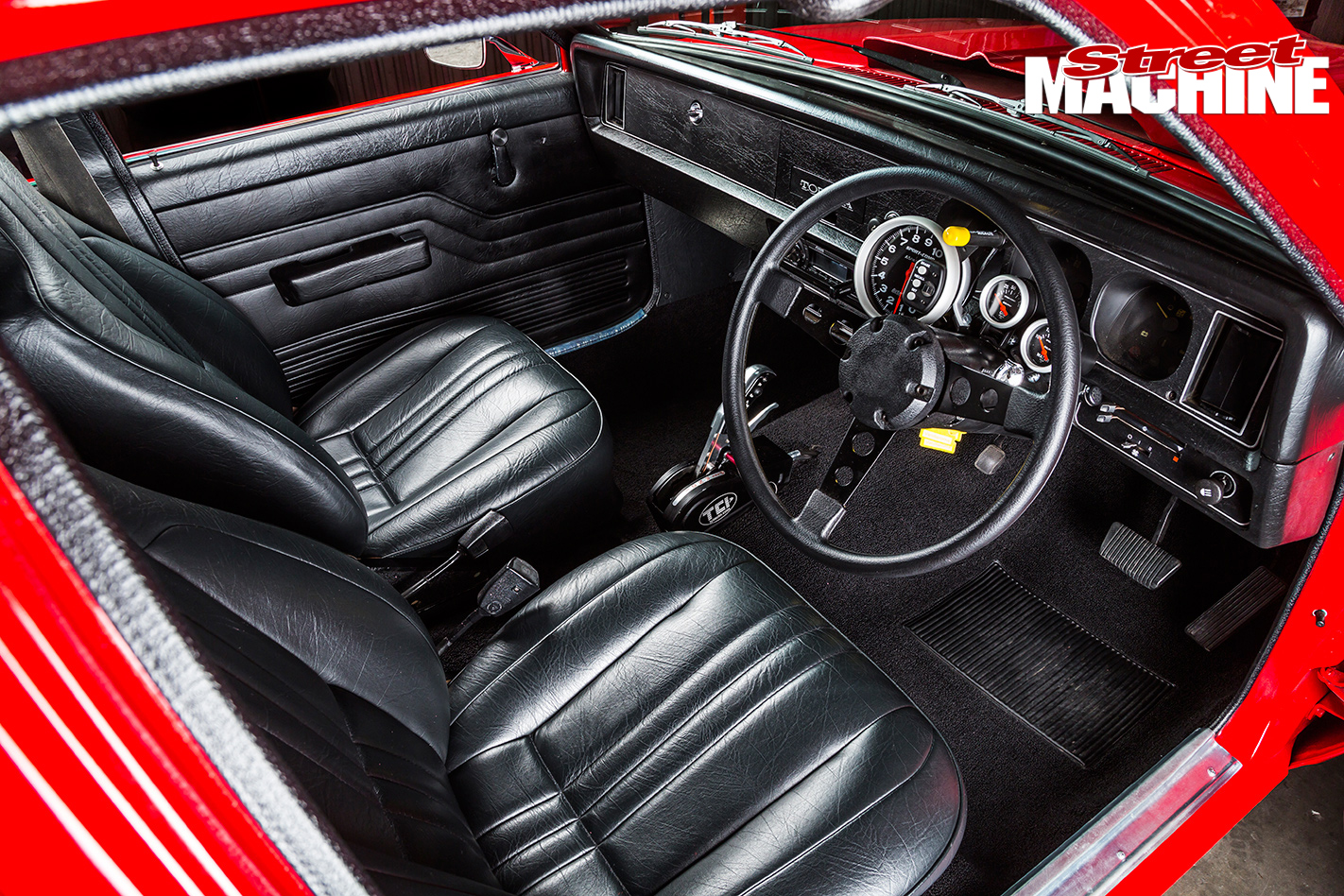 In the meantime, Luke had been stockpiling all the parts required to finish the build, so when he got the car back to his workshop a short time later complete with a neatly restored interior, he was ready to piece it all together. 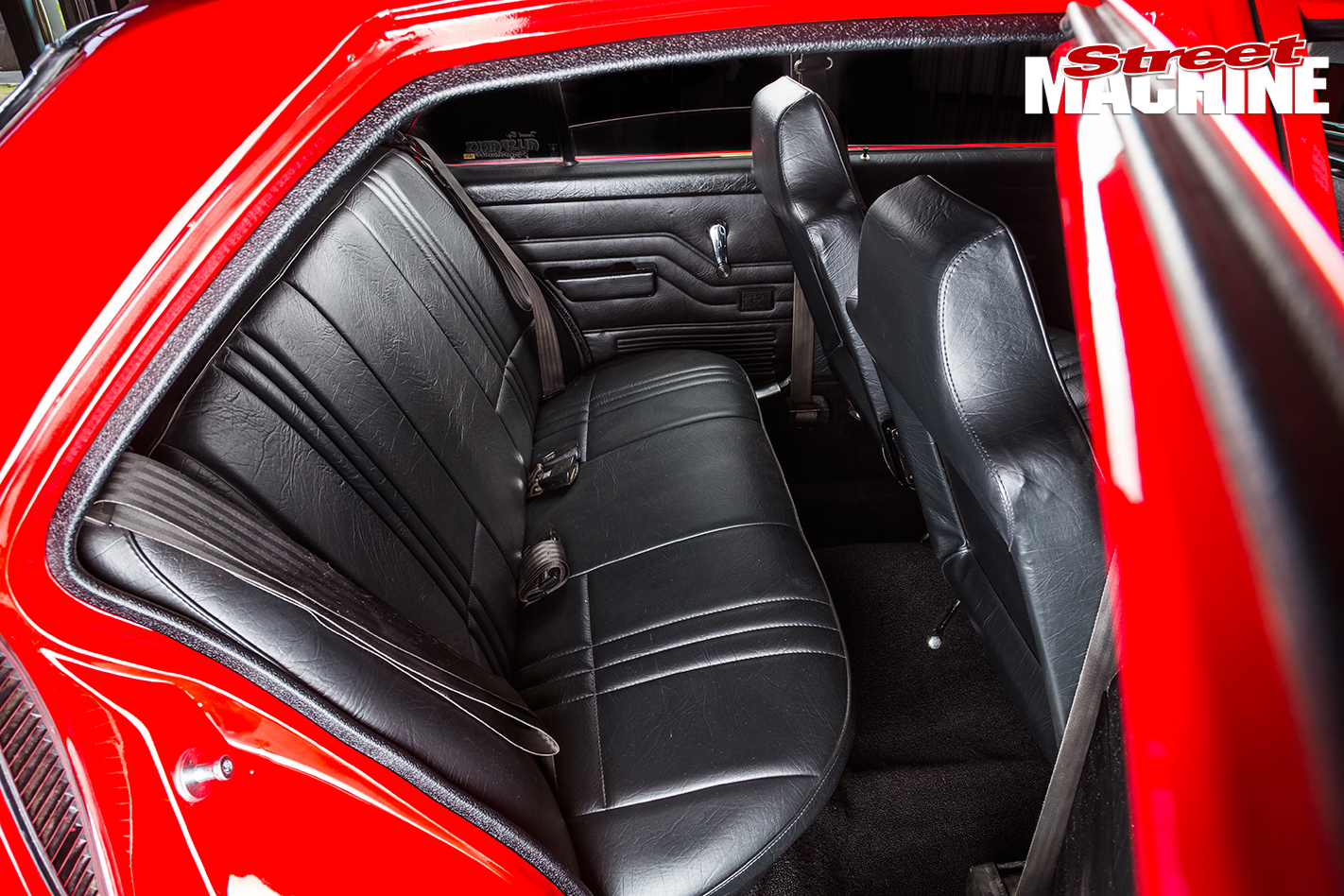 The LS3 was a standard crate short motor, to which he added a Nathan Higgins heads-and-camshaft package, along with a set of Morel tie-bar lifters and ARP rod bolts. A high-volume GM Performance Parts oil pump beefs up the oiling system, while a Mast Motorsports cast-alloy sump was used to clear the standard Torana front crossmember, along with a set of custom four-into-one headers. 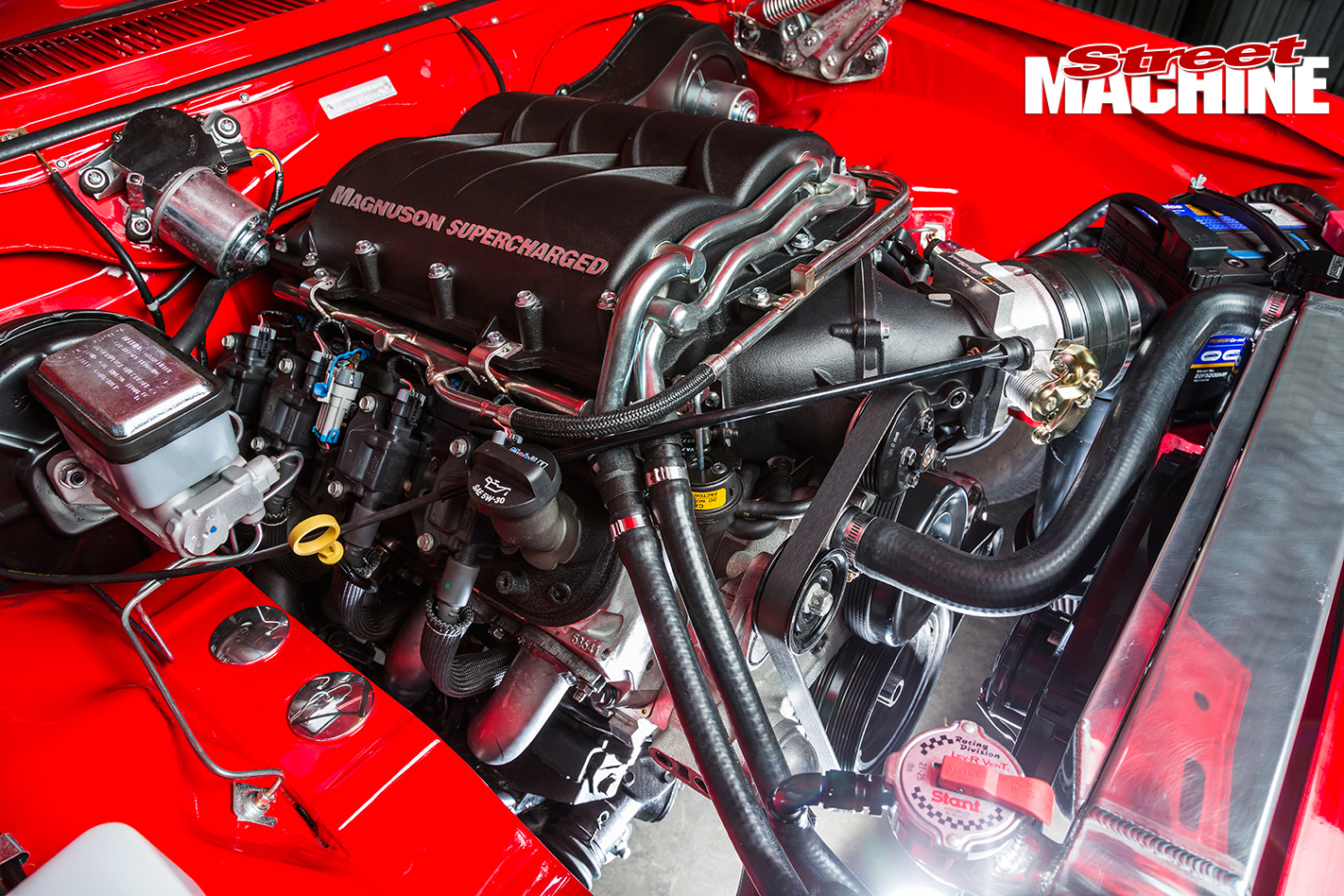 One of the most modest looking nine-second engine combos in the land! Handy for 610rwhp on pump E85, the Magnuson-charged LS3 features only a handful of internal modifications and offers impressive throttle response

Needless to say, Luke put the Powerglide auto together himself. “It’s manualised with a 1.82:1 first gear, Pro Brake transbrake, billet shaft, billet hub and a Pro Converters 3200rpm stall converter. The only thing missing is straight-cut gears, but they’re not ideal for a street car.” 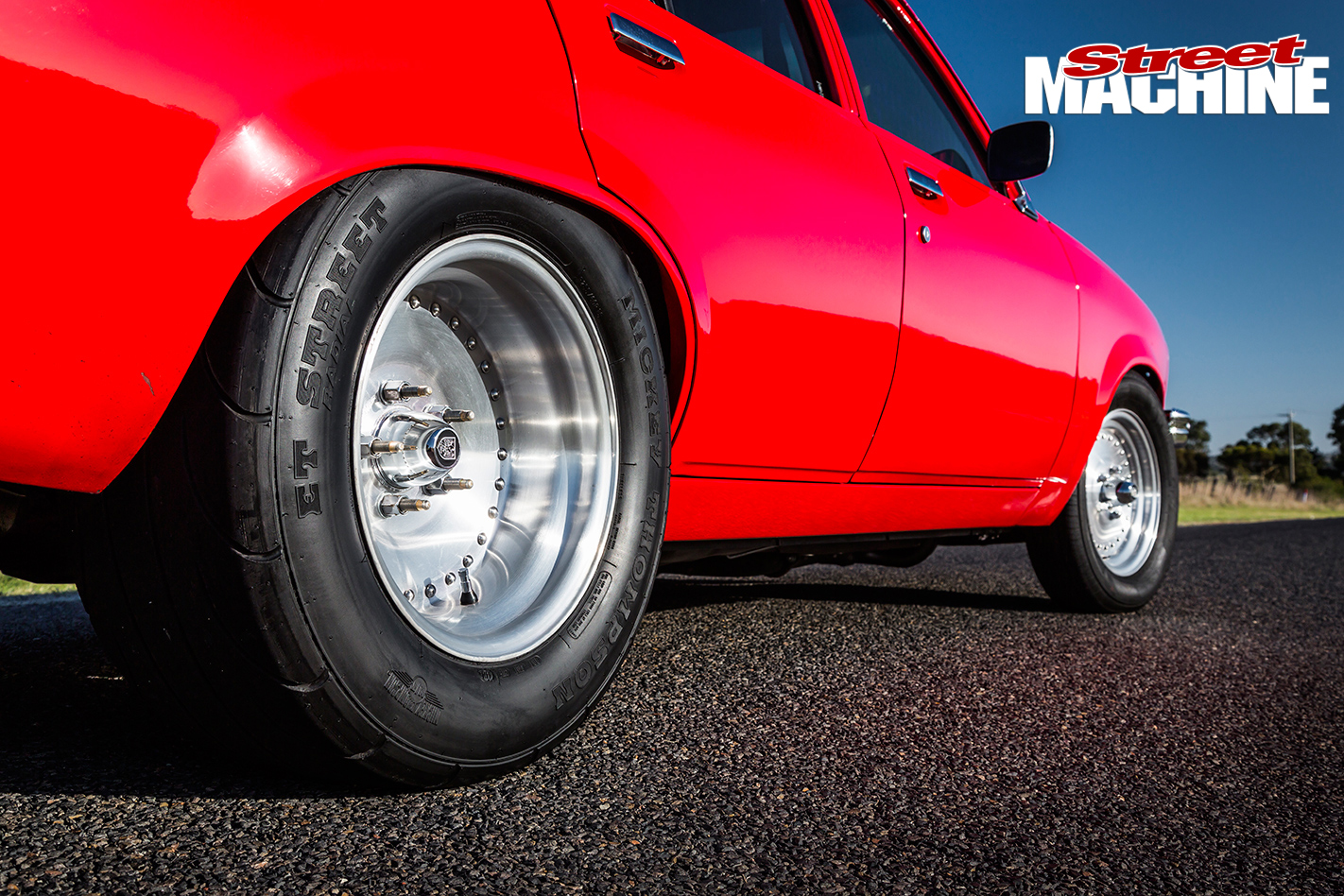 In went the nine-inch diff, along with a full complement of Pedders suspension and HQ brakes all ’round. Wheels are 15x8.5 and 15x3.5 Center Line Auto Drags wearing 255/60/15 Mickey Thompson ET Streets and 165/80/15 Hankook cheese cutters respectively. 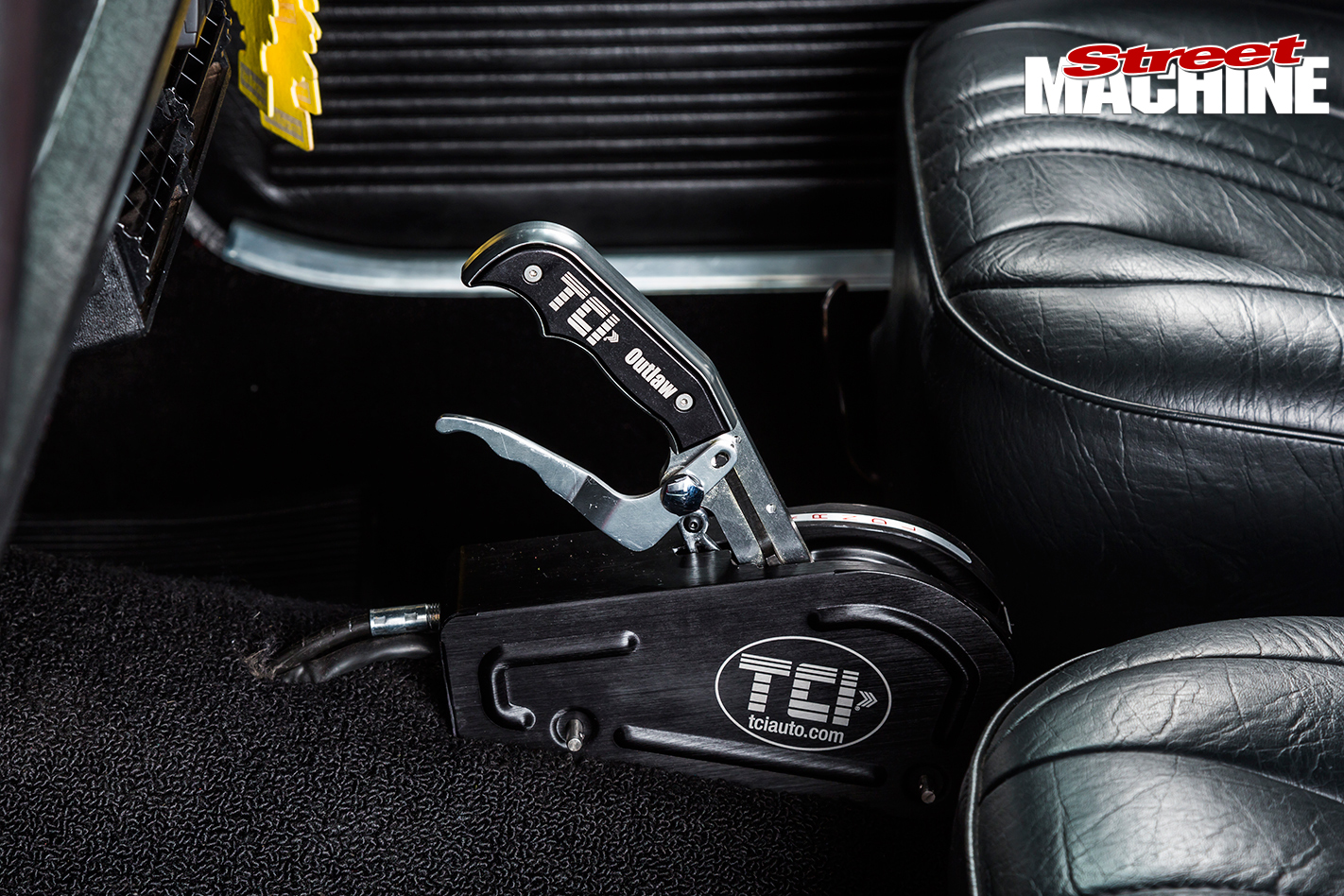 With the car complete and the suspension adjusted and scaled for optimum weight transfer, it was time to hit the track. “I wanted to do a 9.80 in the car, and it went 9.70 first time out and then 9.50 the second time at King of the Streets, when it ran 9.5 five times in a row in street trim,” Luke says. “I could have driven it straight home if there was E85 out at Heathcote.” 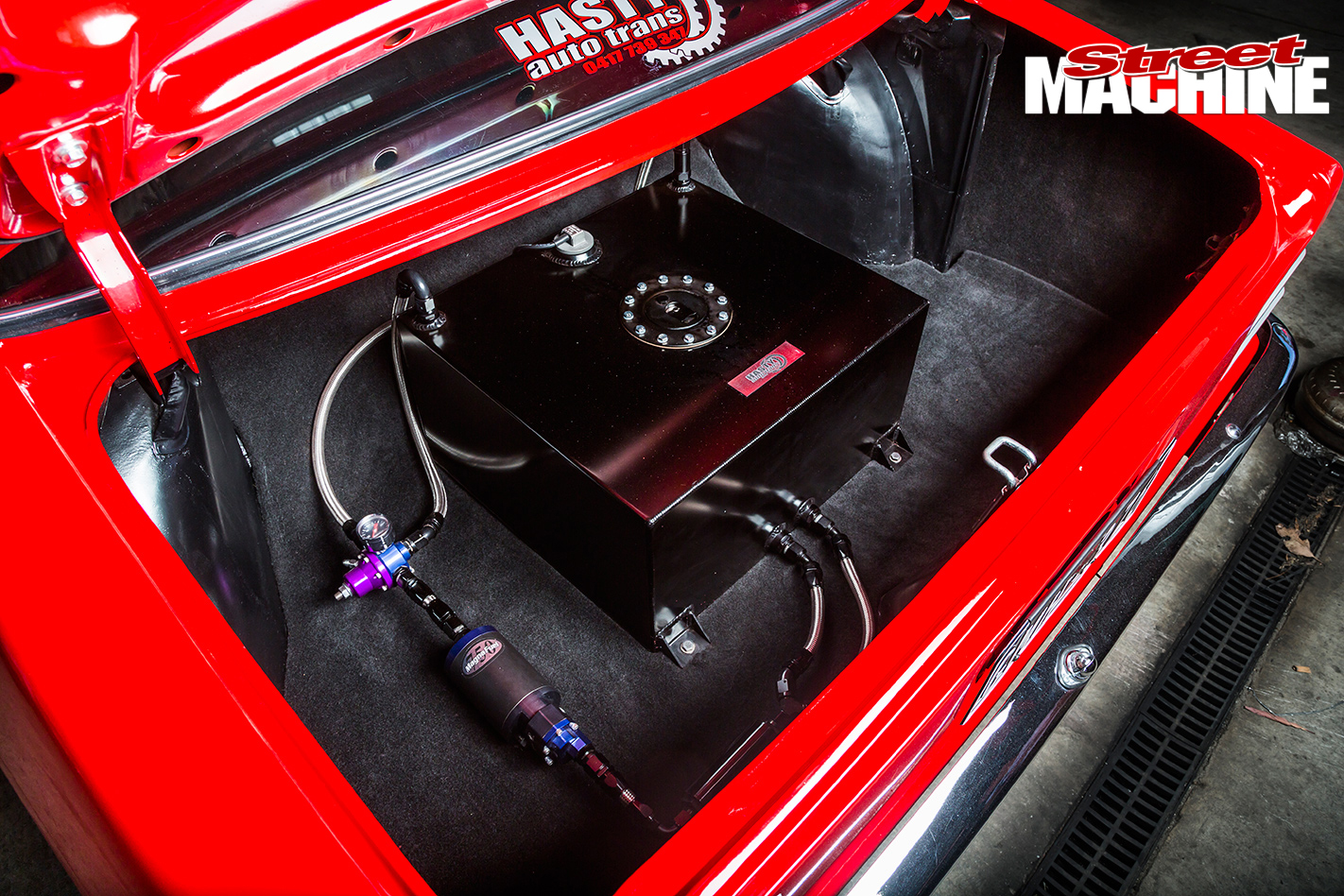 That being said, the decision to run the car on E85 was an easy one. “I have an E85 servo near my house and the car’s got a 50L fuel cell, so I can fill it up then drive it across town, cruise around a bit, then top it up and head home. E85 is definitely the way to go with forced induction.” 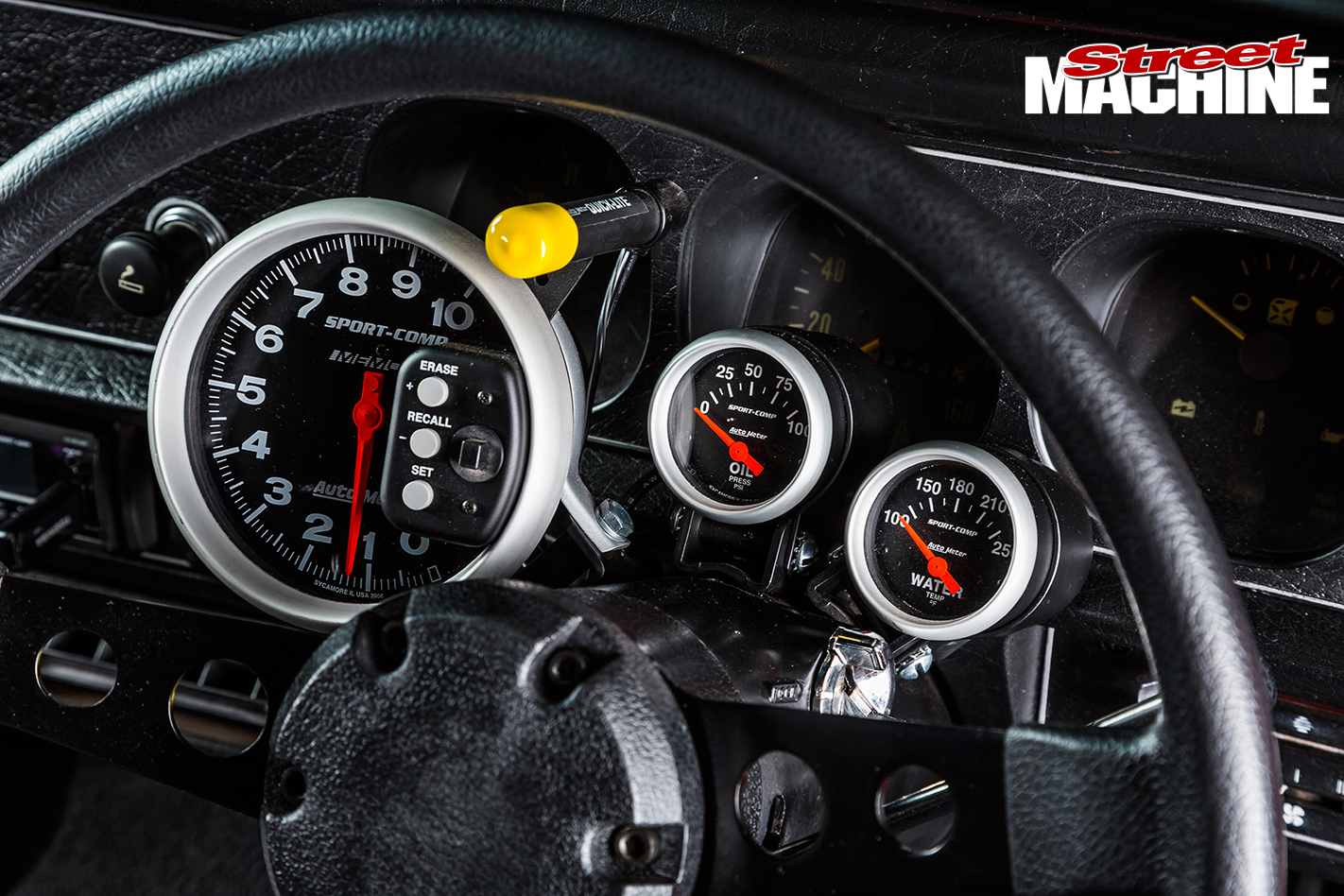 With 610rwhp on tap, it might be brutally fast, but visually the car is an exercise in restraint. “I believe a nice set of wheels, the right ride height and good running gear are all really important,” Luke says. “A car’s originality is a big thing to me; that’s why the body and interior are largely standard, just with the two-inch scoop to clear the blower and a couple of extra gauges to monitor everything. 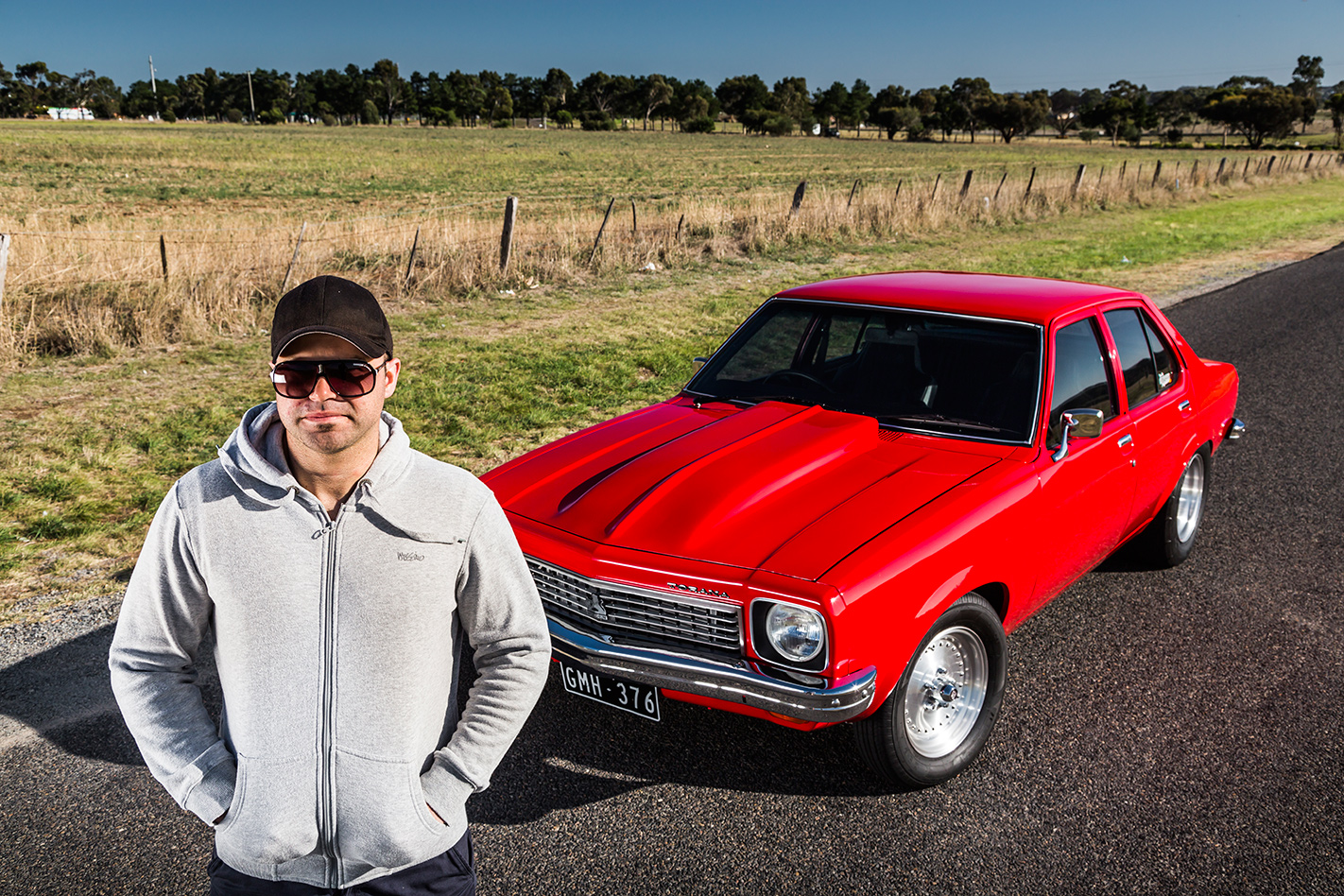 “I have the greatest respect and gratitude for everyone involved in the build, from anyone who’s handed me a spanner to the panel beater who spent countless sleepless nights on the car. Without all of them, none of this would be possible.” 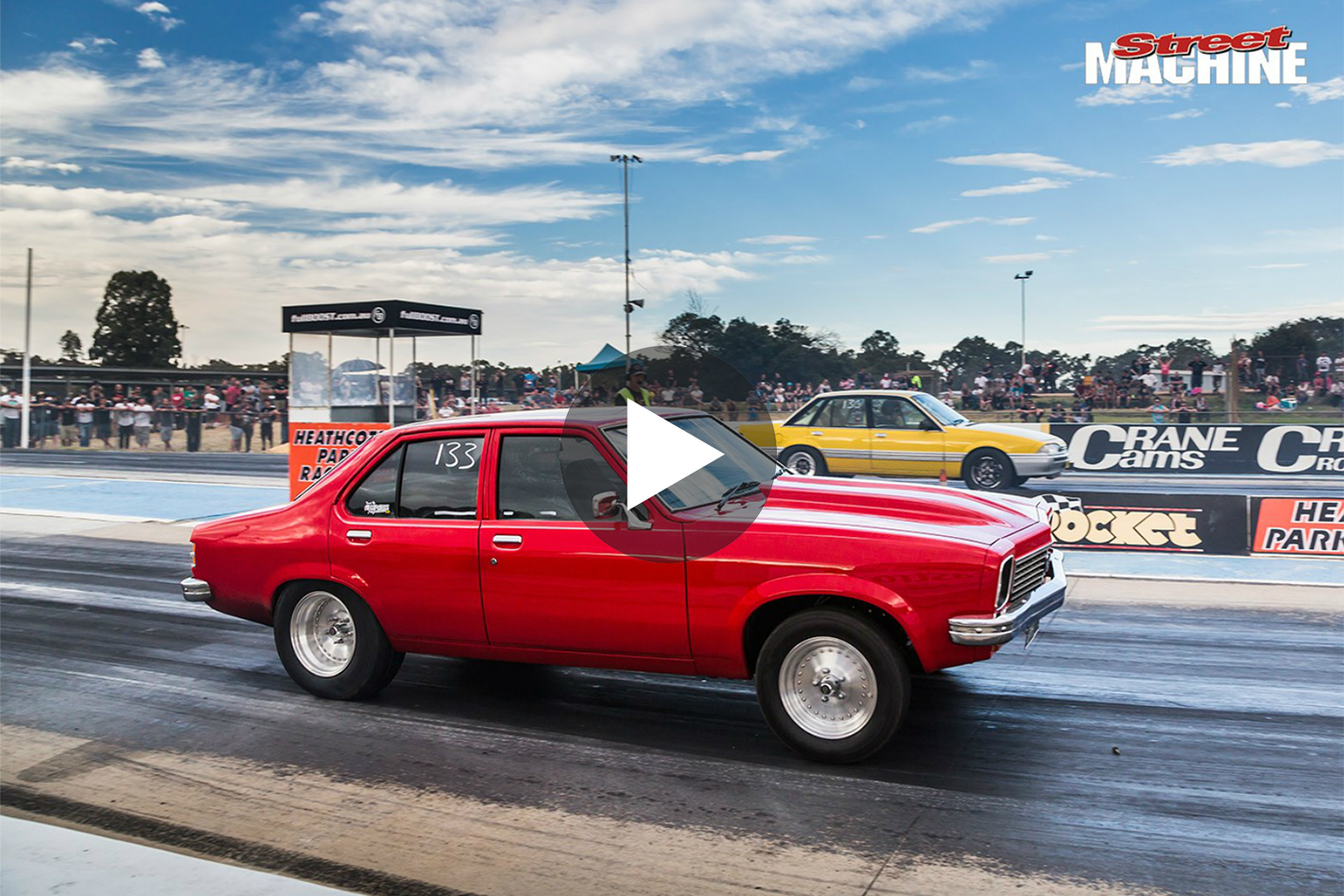