Upon first inspection we weren't sure if this was a parts car or some kind of Frankenstein car, turns out it's an incredibly rare 265 Triple Weber four-speed VJ Ranger

YOU have to admire a bloke that is willing to drag along five cars to a show ’n’ shine just help out the car club, and when they are as diverse – both in styling and condition – as the cars that Shane Anderson brought along to Everything Chrysler Day at the Perth Motorplex, it makes for some pretty interesting viewing. The first car I spotted that belonged to Shane was probably the shittiest looking car at the show. It was a faded red VJ Ranger that looked totally rooted and looked like a parts car. 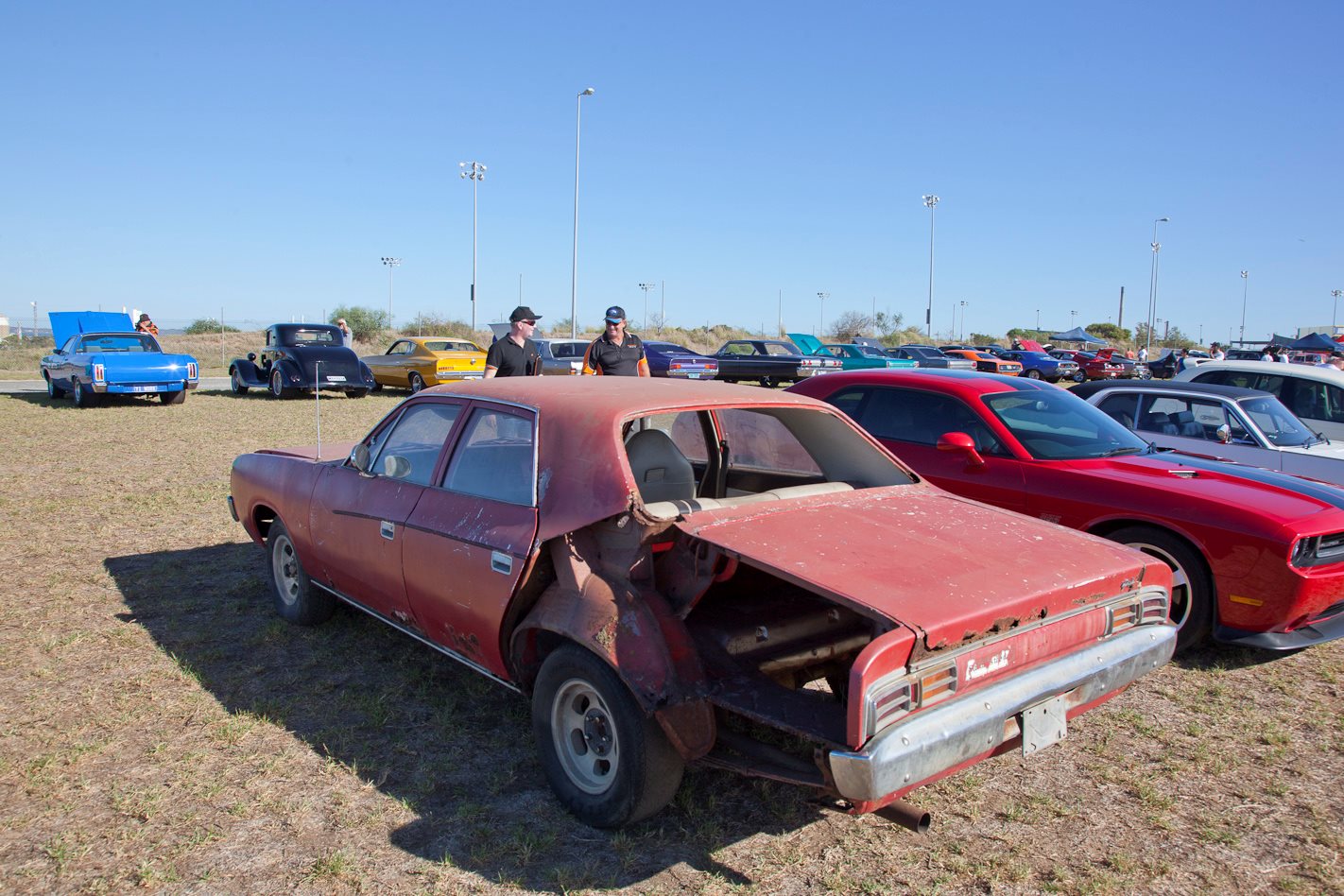 I’ll always go and check out a Ranger because I spent many hours in the back seat of one travelling from Kalgoorlie to Perth as a kid, so I ‘ve got a bit of a soft spot for them, but when you see one as rotted out as this at a car show and it doesn’t have a: “Parts For Sale” sign on it, you have to think there’s something special about it. Everyone loves a bit of patina these days, but this was taking it to a whole new level. It was missing the complete left-rear quarter panel and there was rust popping out on every panel. As I strolled around the front of the car I noticed the bonnet was held down with a couple of hood pins. Without knowing anything of the car’s history, I concluded that it was probably some old street racer and it was too far gone to be save. Oh how wrong I was. 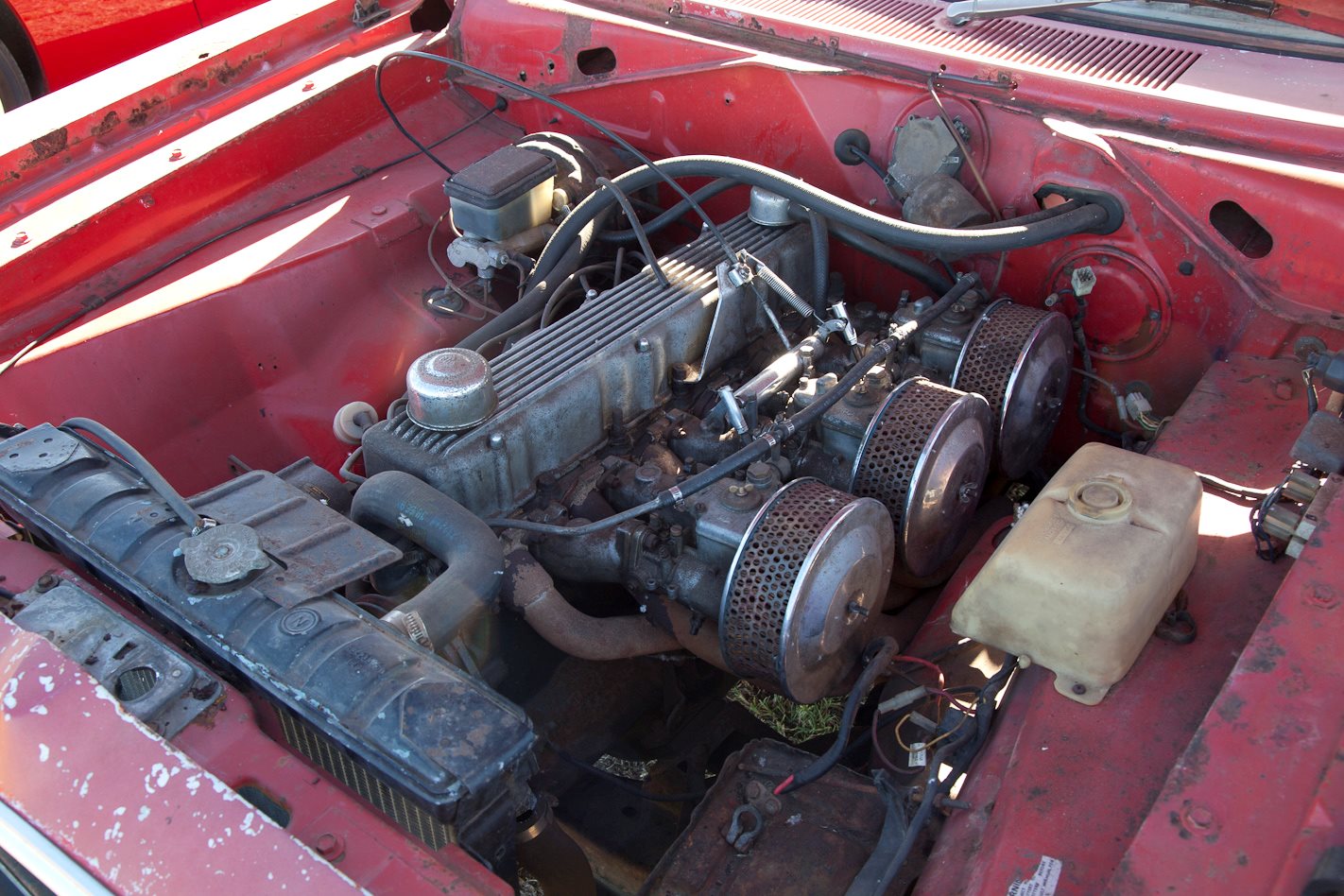 As it turns out, this is one of only seven VJ Rangers built with the E48 engine option, so you guessed it, it left the factory with a 265 Hemi, triple Webers and four-speed. “It’s a matching numbers car and you could call it a burger with the lot. It even got the big Dana diff and the boot floor got belted up with a hammer from the factory,” says Shane. As rough as it is, it’s the most complete one left in existence. Apparently one got wrecked in Perth years back according to Shane. They pulled all the running gear out and stuffed it into a Charger body, even swapping over the ID tags. Problem was, the codes are different between the four-door sedans and two-door Chargers, so the ruse was spotted pretty quickly. The ironic thing was; they destroyed a super-rare car to make a fake version of a car they couldn’t sell. Geniuses! 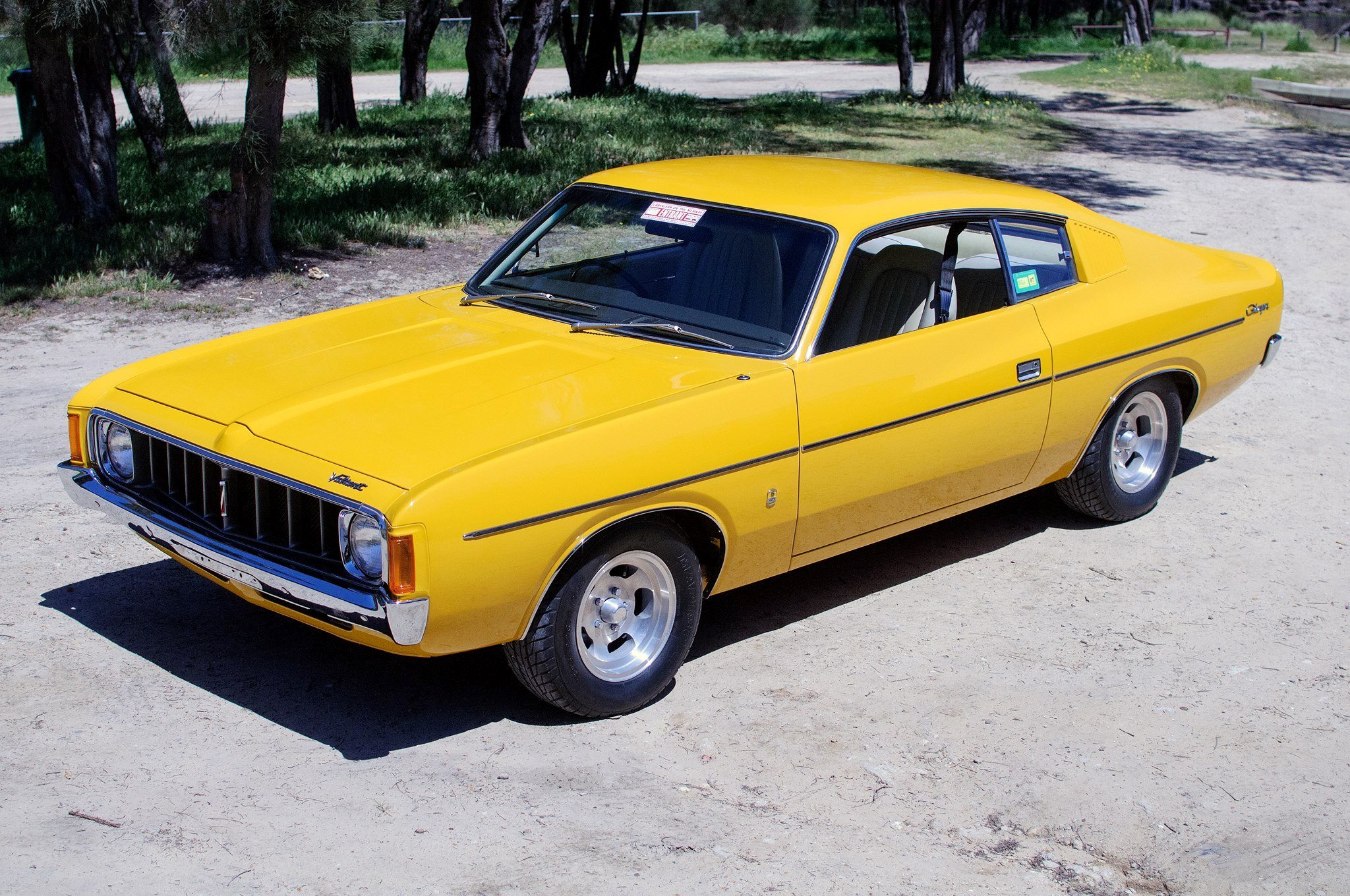 Shane also had a VJ E49 Charger on display, another very rare animal that many people didn’t believe existed, but there it sat in all its low-key glory, devoid of fancy racing stripes, with the only giveaway being the ‘6 Pack’ badge on the front guard. “There was only four of them made and only three alive today. They’re like the Phase 4 GT of the Mopar world,” says Shane. 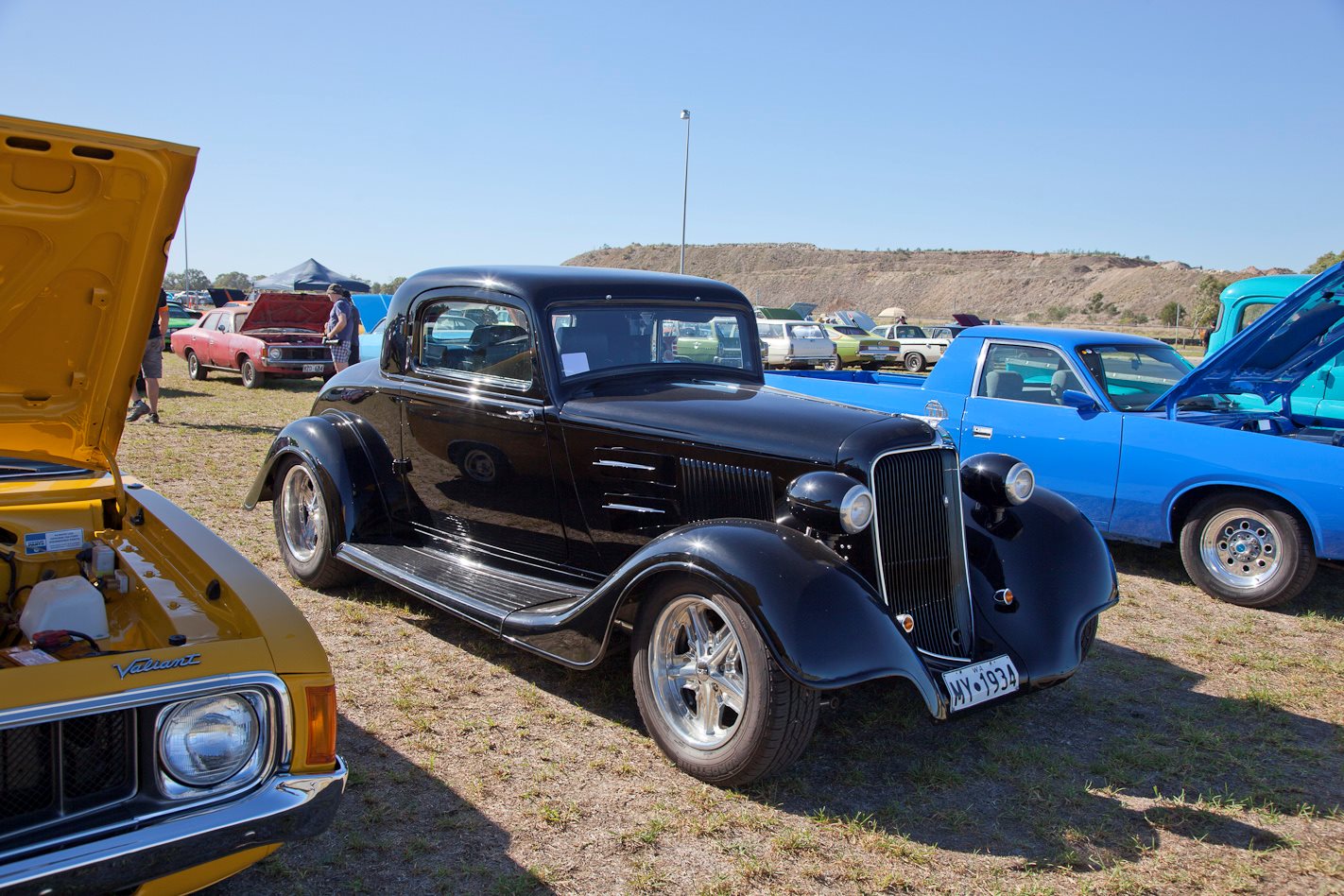 Then there was the ’34 Plymouth PE LWB 3-window coupe, and you guessed it, it’s another rare bit of gear. This one’s had a fairly heavy dose of hot rod DNA thrown at it and it’s powered by a 485hp, 427 big-block Chev. It’s got E&J ‘getaway’ headlights for a bit of art deco style up front and it’s a comfy daily cruiser for Shane with air-con on board as well. 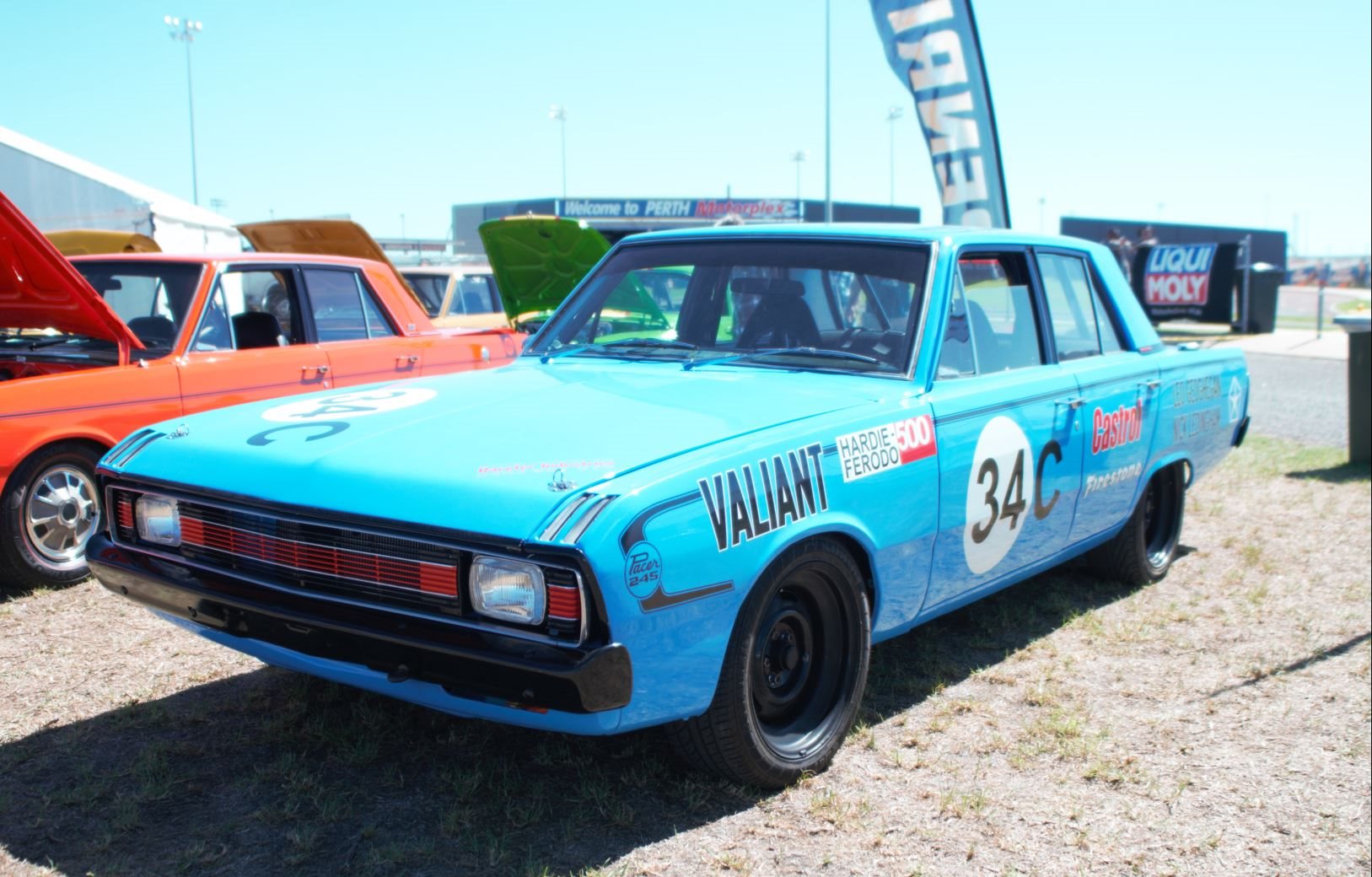 Parked over the other side of the show was another of Shane’s cars, this time a VG Pacer four-door. This one is all stickered up as a tribute to Leo Geoghegan, but if only Leo could have had the 400hp at the tyres like this one does. The six-pot Hemi has made way for a 408ci small-block Mopar with twin four-barrels, and even better, there’s a New Process four-speed behind it. Oh what fun Leo would have had with the GT Falcons down Conrod Straight! 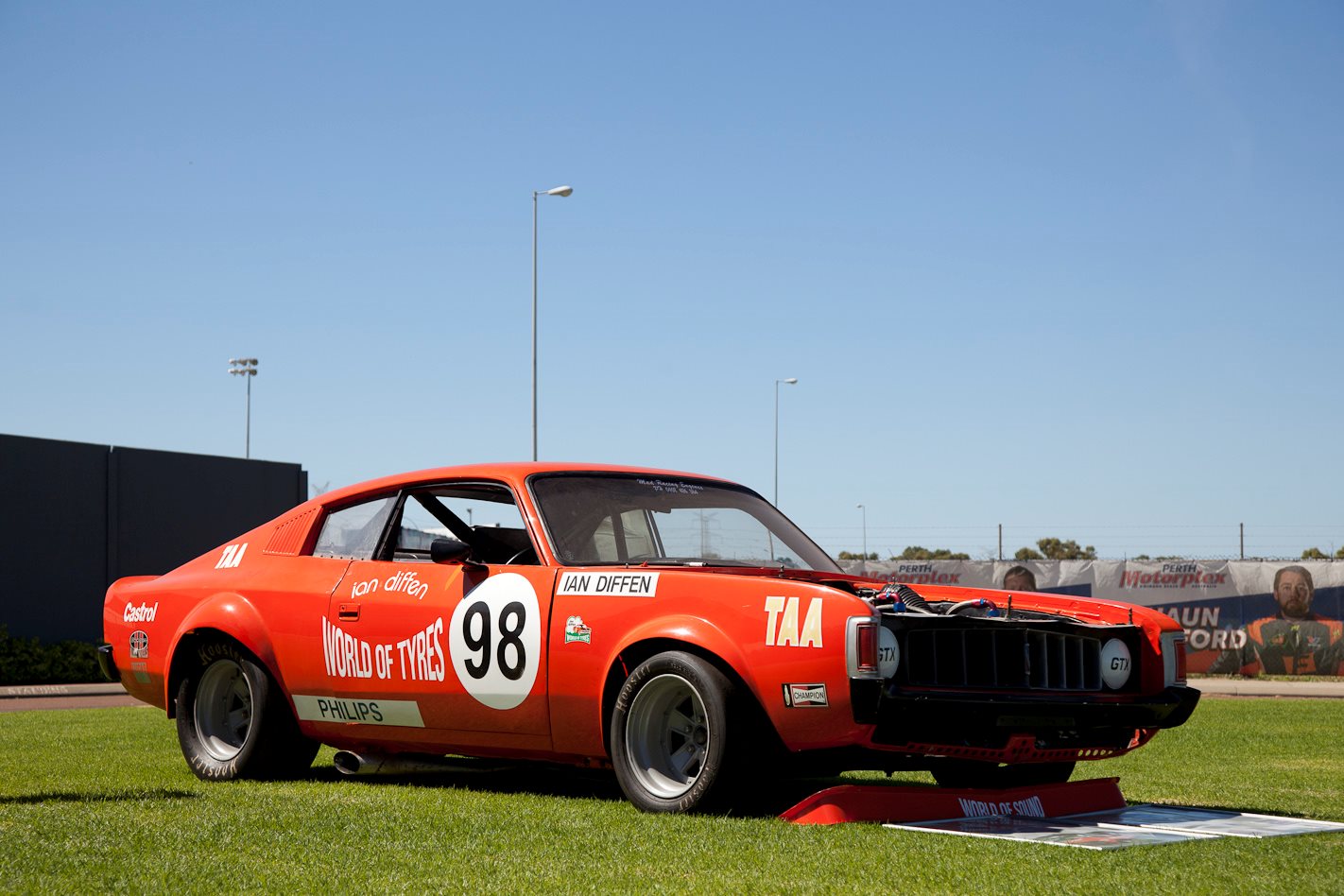 The fifth and final car that Shane brought along was the ex-Ian Diffen Sports Sedan Charger. What an amazing thing it was to see in the flesh, practically unchanged since it last raced – but that’s a whole other story!