Charger racer Brad Keem trades his turbo for tartan, winding back the sunroof on a survivor-grade VJ Sportsman to cruise SM Drag Challenge in style 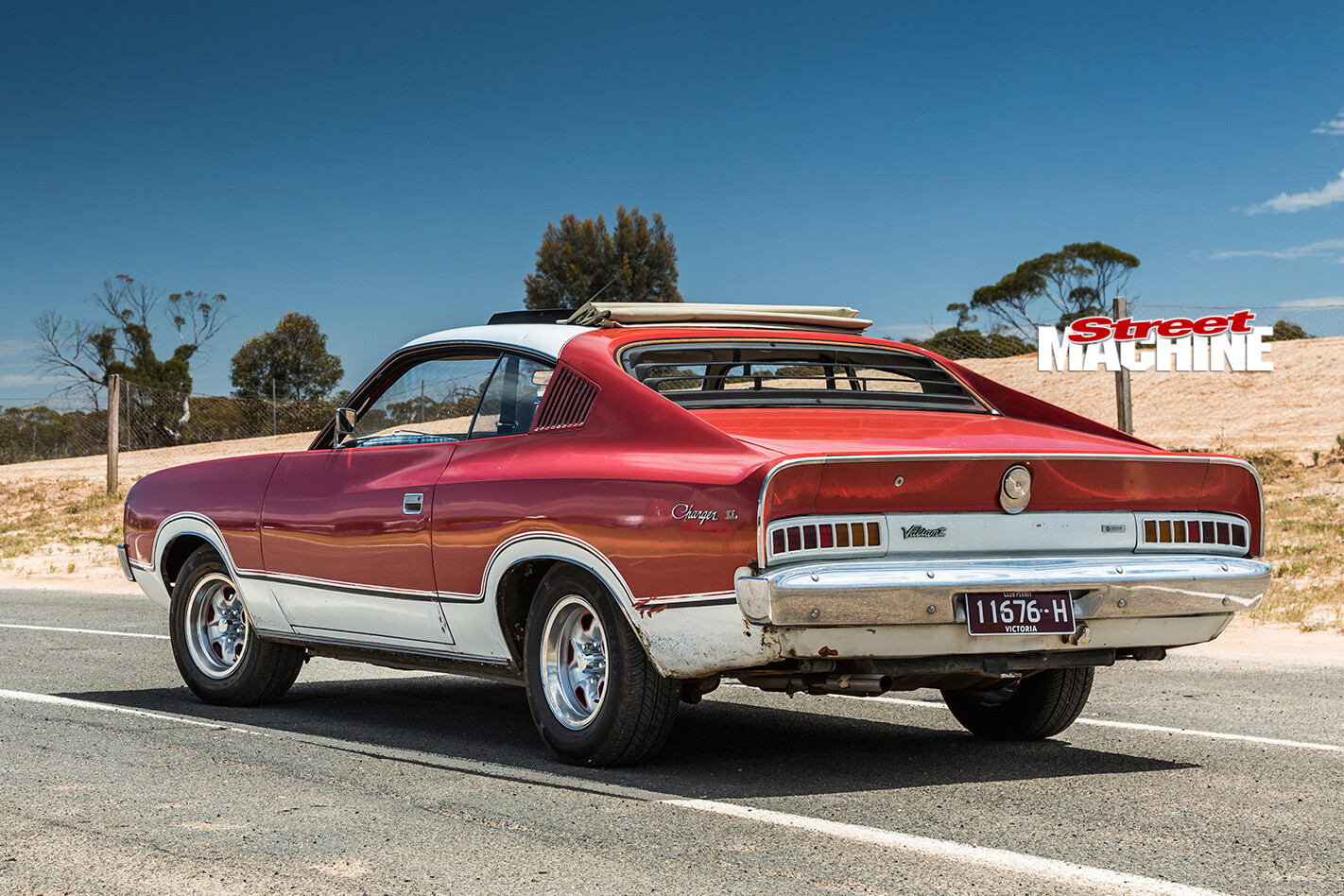 “I killed the VH on Day Five of Drag Challenge 2015,” Brad says. “I finished the event but blew the turbo and did a heap of engine damage as a result, so figured it was time to take 12 months off.” 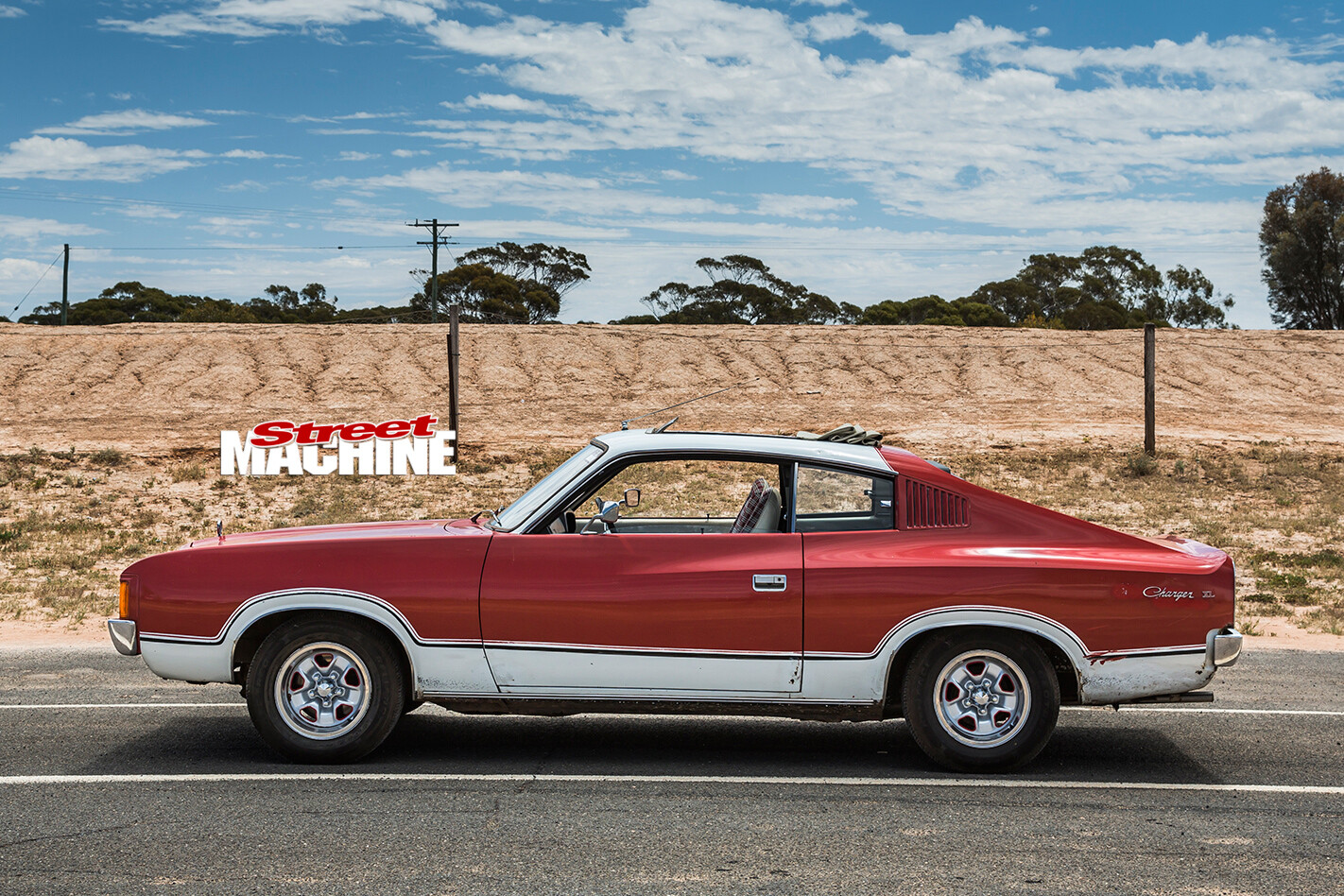 And it’s a well-deserved break. Brad has spent the better part of a decade developing SLO into arguably Australia’s quickest street Hemi, running a best of 9.20@143mph with its turbocharged 265-cuber before being sidelined.

5
The slide-back cloth sunroof fitted to Brad's VJ is a dealer-fitted accessory, not a factory option and were all the rage in the 70s. Brad says he pretty much drove the entire Drag Challenge with it open!

“I’m planning a fresh combination that will hopefully see it dip into the eights,” Brad says. “But I was still keen to be a part of the 2016 Drag Challenge. I was helping my mate Jason Walter prepare his nitrous Windsor-powered XY ute, but as bad luck would have it, he blew the motor at Heathcote the Saturday prior to Drag Challenge. So myself and mates Andrew, Steve and Tom thought we’d just tag along for the fun of it, but didn’t want to go in something late-model and boring – it had to be cool!” 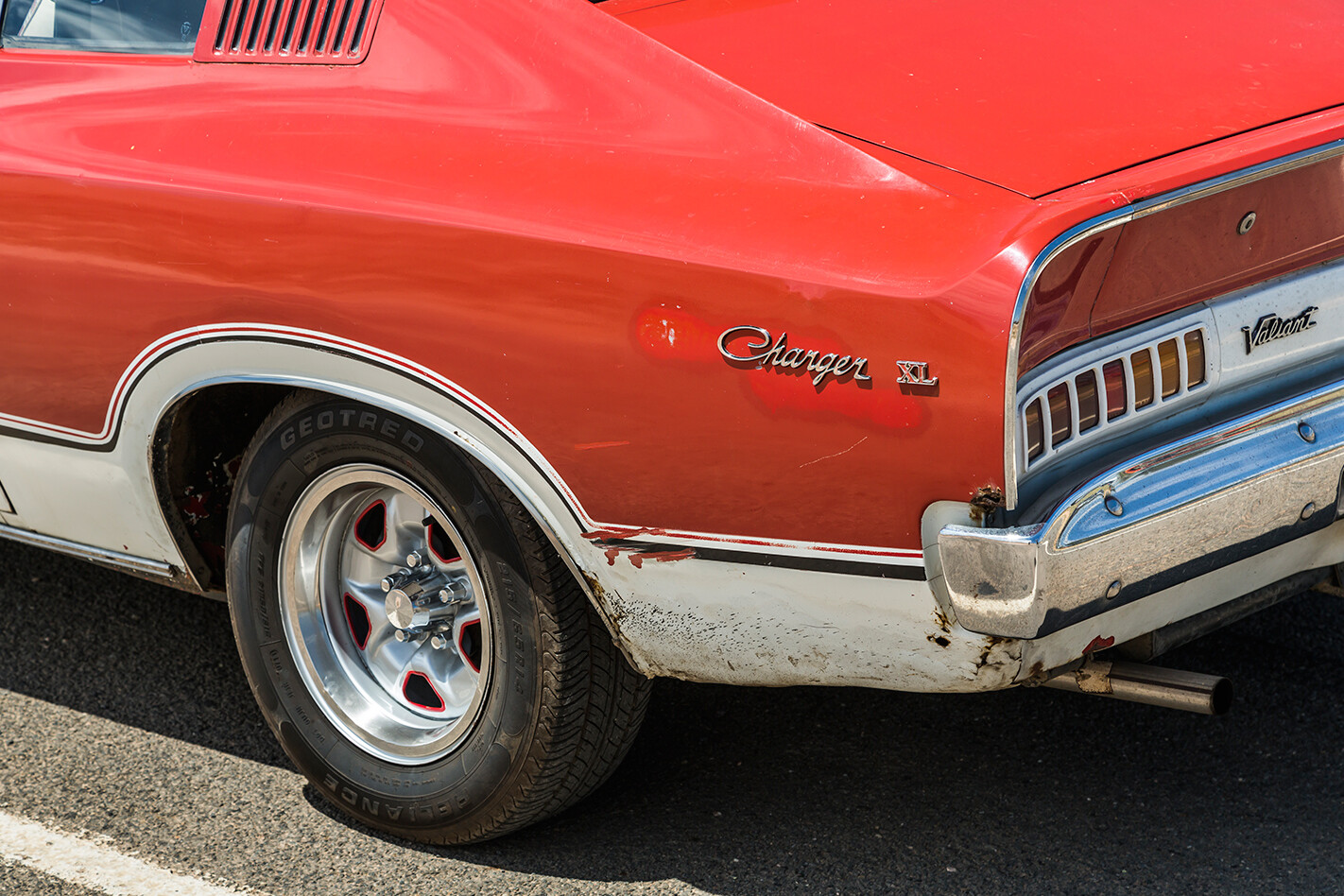 So Brad and his mates rolled out the red-and-white carpet and set the scene in his ridgey-didge, survivor-grade 1974 VJ Charger Sportsman.

Now the Sportsman comes from an awkward period in Aussie car history. The Supercar Scare of 1972 had nutcrackered the Phase IV, XU-2 and rumoured 340 R/T programs, while hardcore new emissions laws were choking any last dribbles of mainstream, non-homologation performance aspirations the Big Three may have had.

5
The factory Hemi 265 donk with its 2bbl Carter was a reliable runner, but a far cry from the triple-Webered R/Ts that preceded the Sportsman

As such, the manufacturers had to find ways to inject new life into the ‘sports’ market. Actual horsepower was out and attentions turned solely to the styling studios to create a new wave of ‘visual’ performance packages.

5
The tartan cloth and white vinyl that adorn Sportsman interiors are perfectly in keeping with the style of the era. Brad's interior is in very good condition for its age, but the driver's seat and dash are showing some wear

The heavy-hitting GTS, GT and R/T two-doors made way for the likes of Holden’s HX LE, the Goss and Cobra Falcons, along with Sportsman and White Knight Chargers – limited editions that relied purely on trim choices and exterior colour packages to make them stand out in a crowd. Throw into this design process a huge dose of 70s disco funk and the result was a range of cars that can still stir a healthy ‘taste’ debate 40 years on. 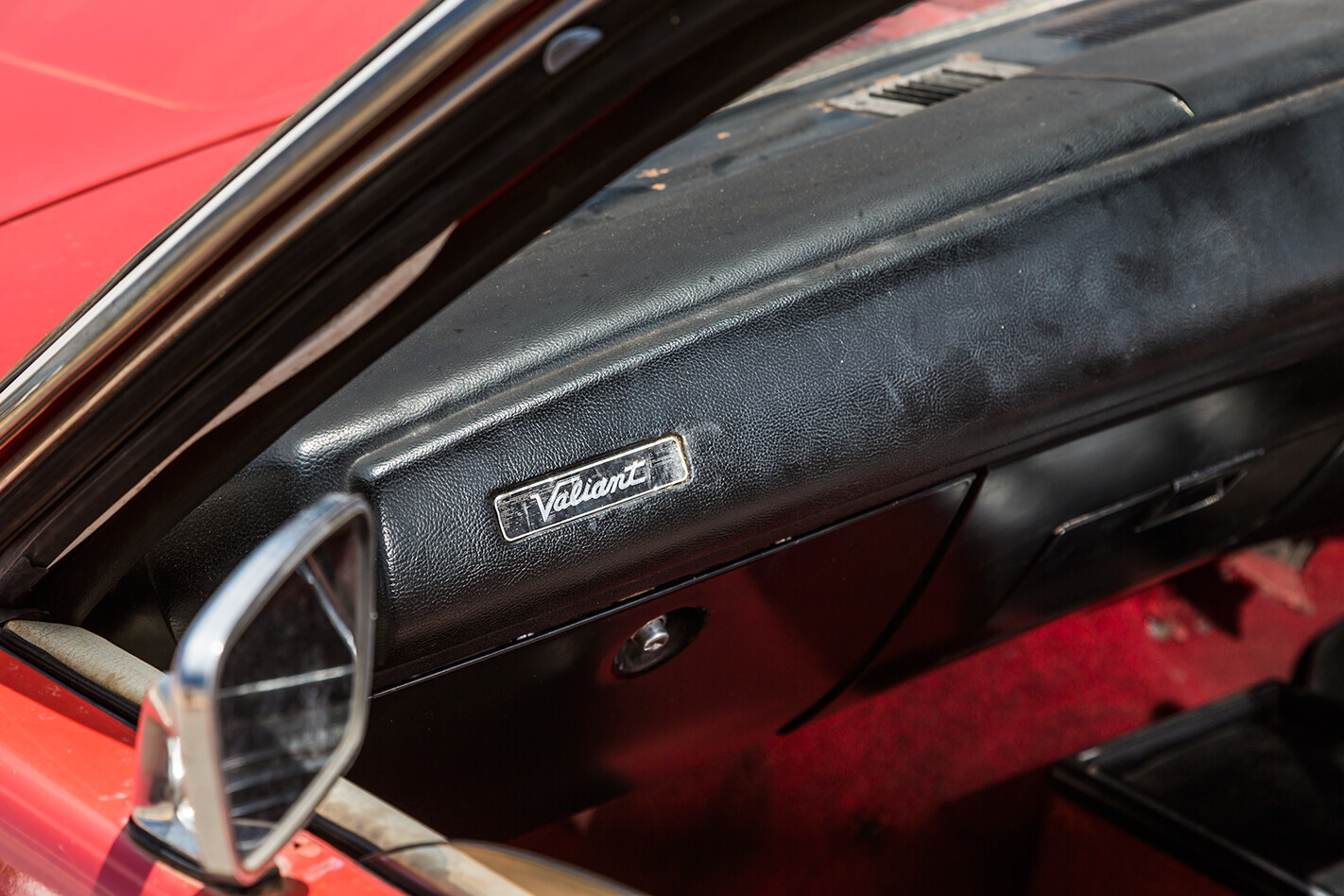 “I love the factory specials and odd-bods,” Brad says. “I bought my Sportsman 10 years ago from a mini-museum in Hamilton, Victoria, where it sat for many years. It remains original and unrestored, rust and all, and is one of only 399 built. I’ve only replaced a set of mags with the factory sports wheels and carried out any maintenance necessary to keep it safe and reliable. 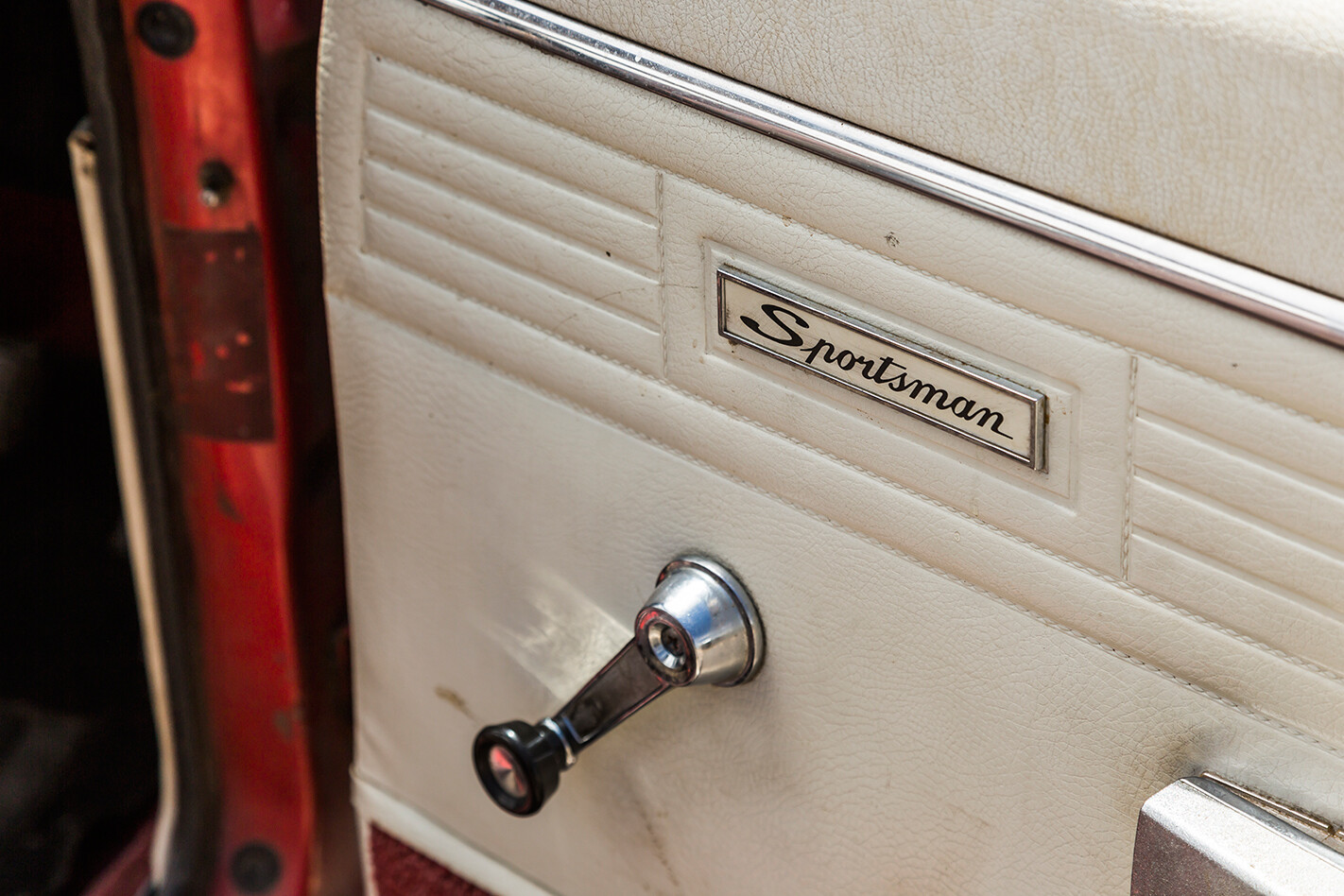 “The stock 265 and BorgWarner auto didn’t miss a beat the whole trip and we spent nearly the entire 1500 kays basking in the glory of the open dealer-fitted slide-back sunroof,” he laughs. 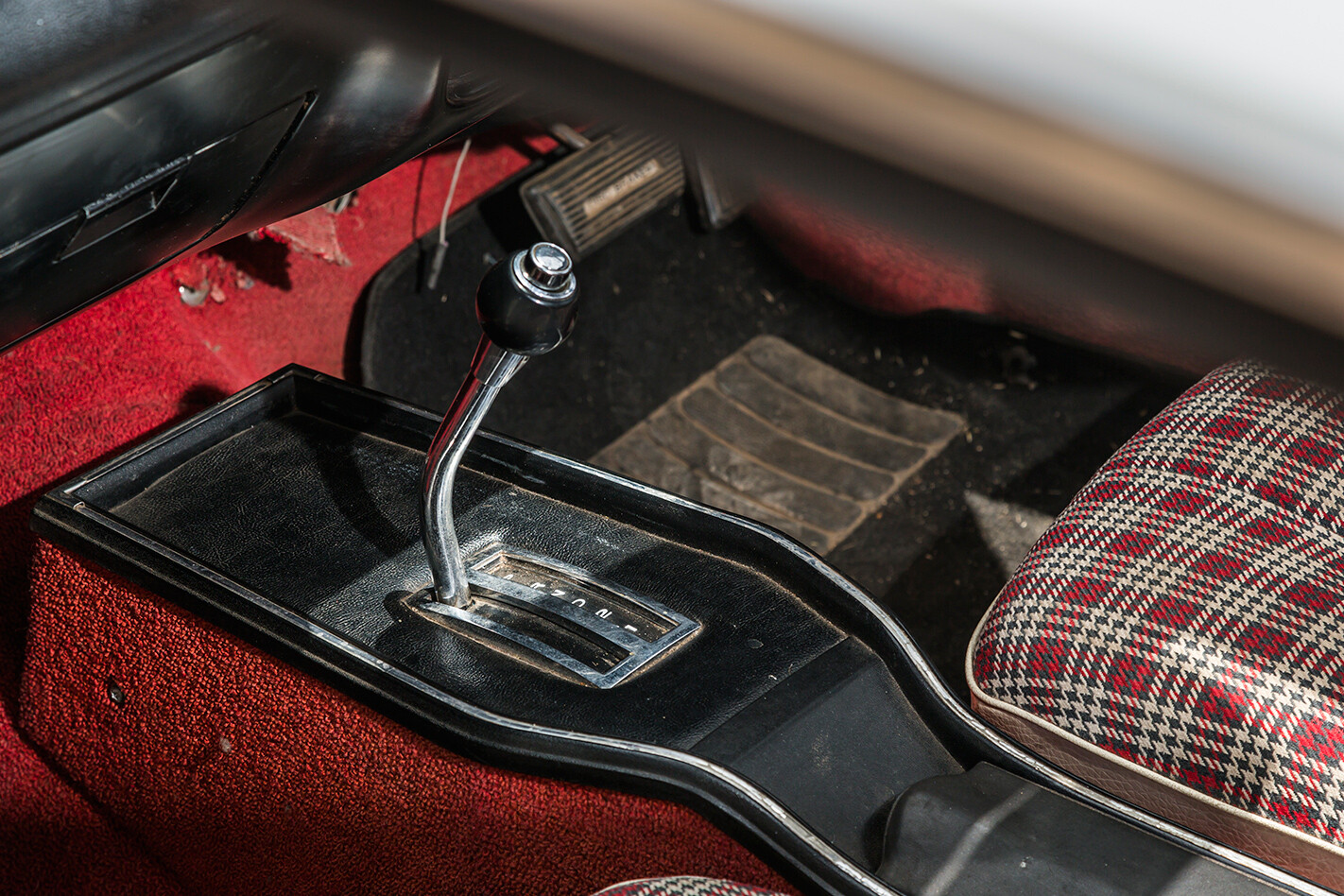 “It was nice just to sit back and enjoy the racing and atmosphere with no pressure to maintain a race car. But now that my ‘gap year’ is done I’ll be back to race in 2017 for sure. I can’t wait.”