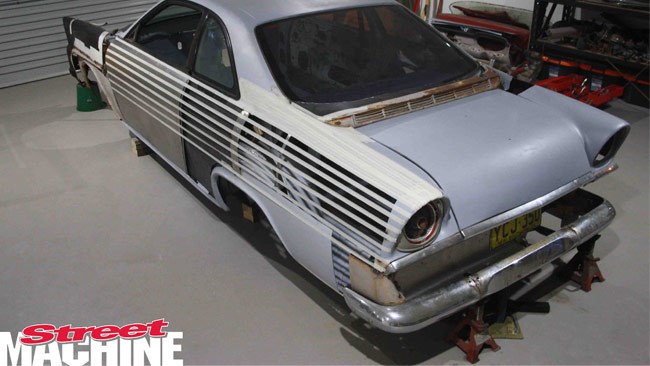 ADAM and Kylie Perry’s Tail Spin is a back-to-front, wild custom FB Holden based on a design Steve Vesperman did for Street Machine back in Jan/Feb ’94.

ADAM and Kylie Perry’s Tail Spin is a back-to-front, wild custom FB Holden based on a design Steve Vesperman did for Street Machine back in Jan/Feb ’94.

Last time we checked in with the enterprising Canberra-based couple (SM, Dec 2013), they’d approached Howard Astill for some assistance figuring out how to tackle the mammoth job of moving the rear guards onto the front of the car, the front guards onto the back, as well as grafting on R33 Nissan Skyline roof, pillars and plenum. Since then, Adam and Kylie have invested a whole bunch of time into turning the roughed-out car into a solid machine, including re-skinning and extending the R33 doors.

“There has been a lot of tweaking!” says Adam. “There is a 36-year gap between the two cars and about 7000 years difference in the design of the roof to the FB [laughs]. Everything needs some kind of tweaking. I feel sorry for the neighbours with all the grinding going on!”

Recently Howard dropped in to check on their progress and to help plan the work on the rear of the car. “Steve had not actually done a rear drawing of the concept, so we were working blind,” says Howard. “Now it’s done he reckons it was pretty close to what was in his head.

“I suggested that we take the headlight leading edge off the panel and attach it to a stand so we could move it about. We then used masking tape to get some lines before using 5mm steel wire to join the dots. Once we had some shape we used some 1mm flat strap to create the profile and then more tape. We were lucky that the front filler panels were within millimetres of the Nissan rear screen width.

“The tail-lights will probably be ’63 Galaxie or something similar. The FB front bumper will be on the back along with the bonnet. They will need to fab the beaver panel and most of the quarter panel from 20-gauge cold-rolled steel.” There is lots of work to be done to meet the 2015 deadline, but at the rate they are going, it certainly looks achievable – it’s a real credit to a couple who have no background in metal work. “It is amazing what you can do when you have the right tools,” says Adam. 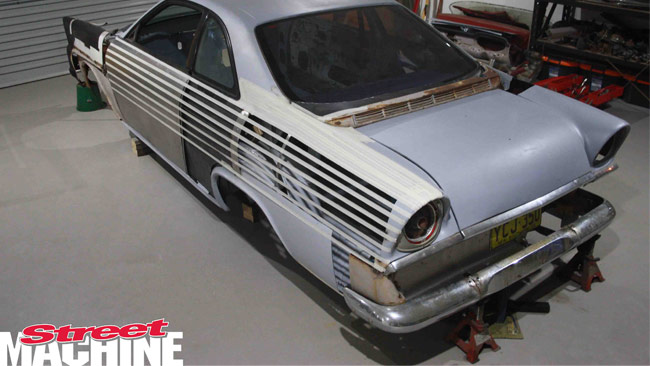 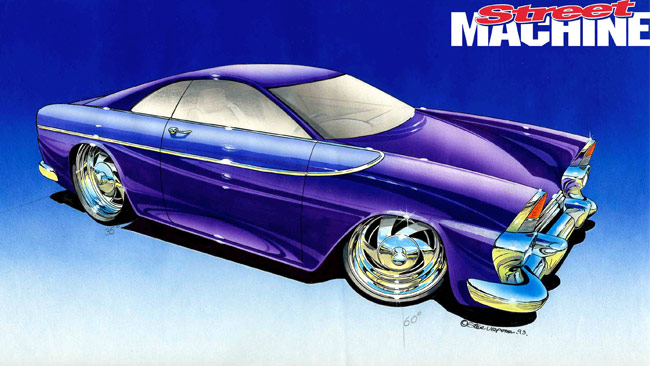 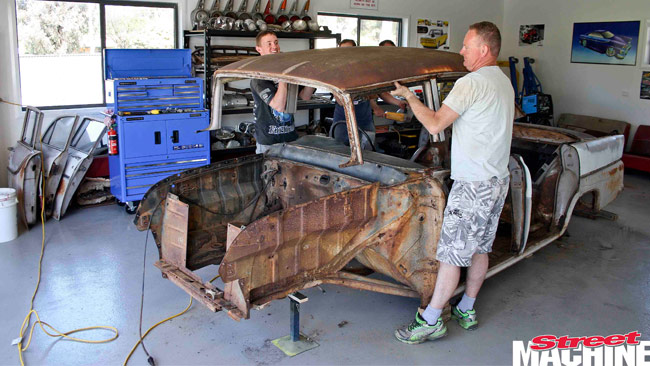