STANDING six-foot-four, Barry Hall is an imposing figure who developed a bit of a reputation as a wild man on the footy oval. Barry captained the Sydney Swans to an AFL premiership and kicked over 700 goals during a career that’s spanned the best part of two decades. But he’s also a nice guy with a passion for fast cars, something he intends to pass on to his seven-month-old son Miller. 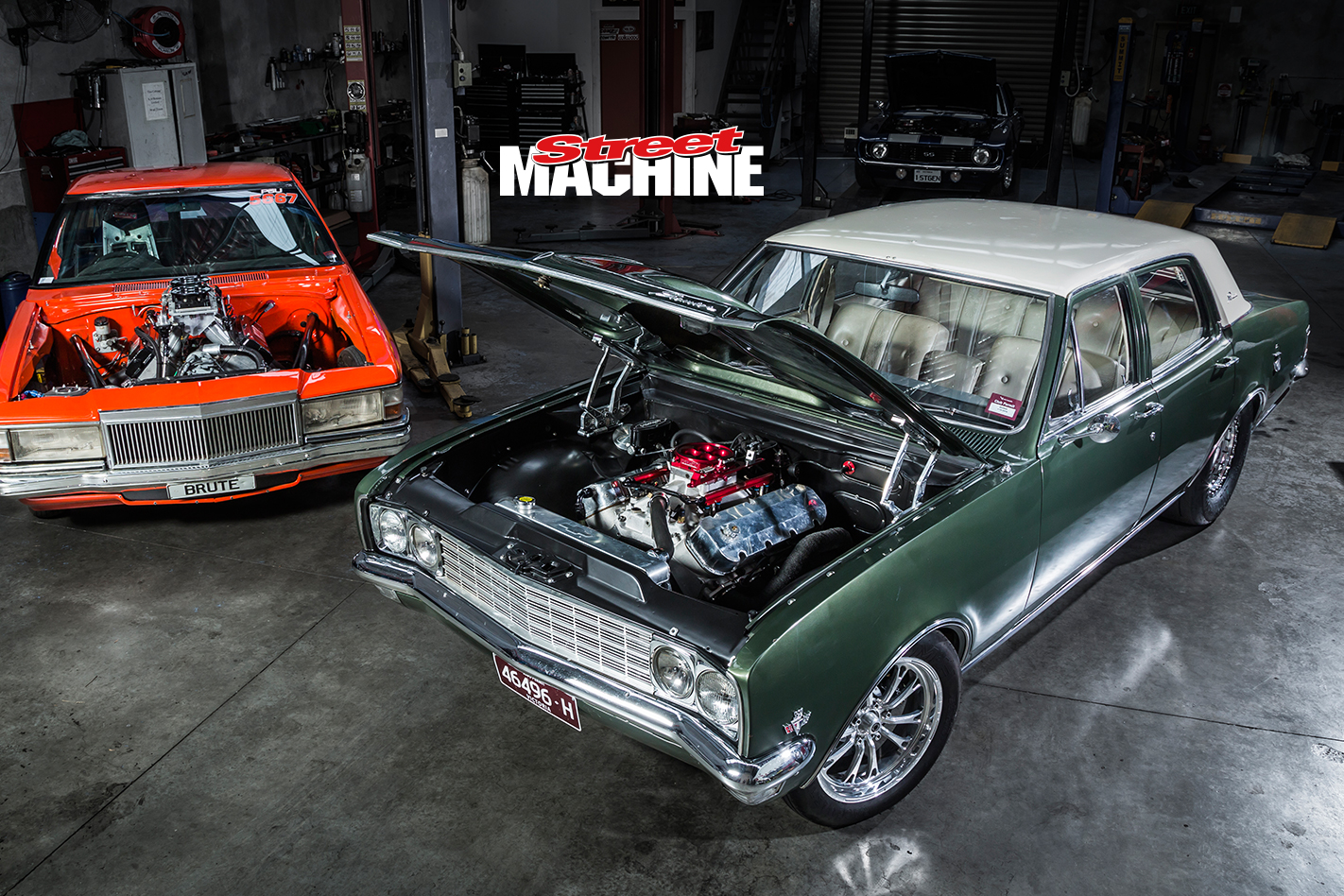 Keeping it in the family, Barry has also partnered with his younger brother David at All Automotive in Wallan, north of Melbourne. Dave runs the business day to day, servicing cars for the locals and also building some tough machines, while Barry calls football matches for Triple M Queensland and serves as a brand ambassador for big-blokes clothing line Hammersmith.

We caught up with Barry at the workshop recently to check out some of his rides. 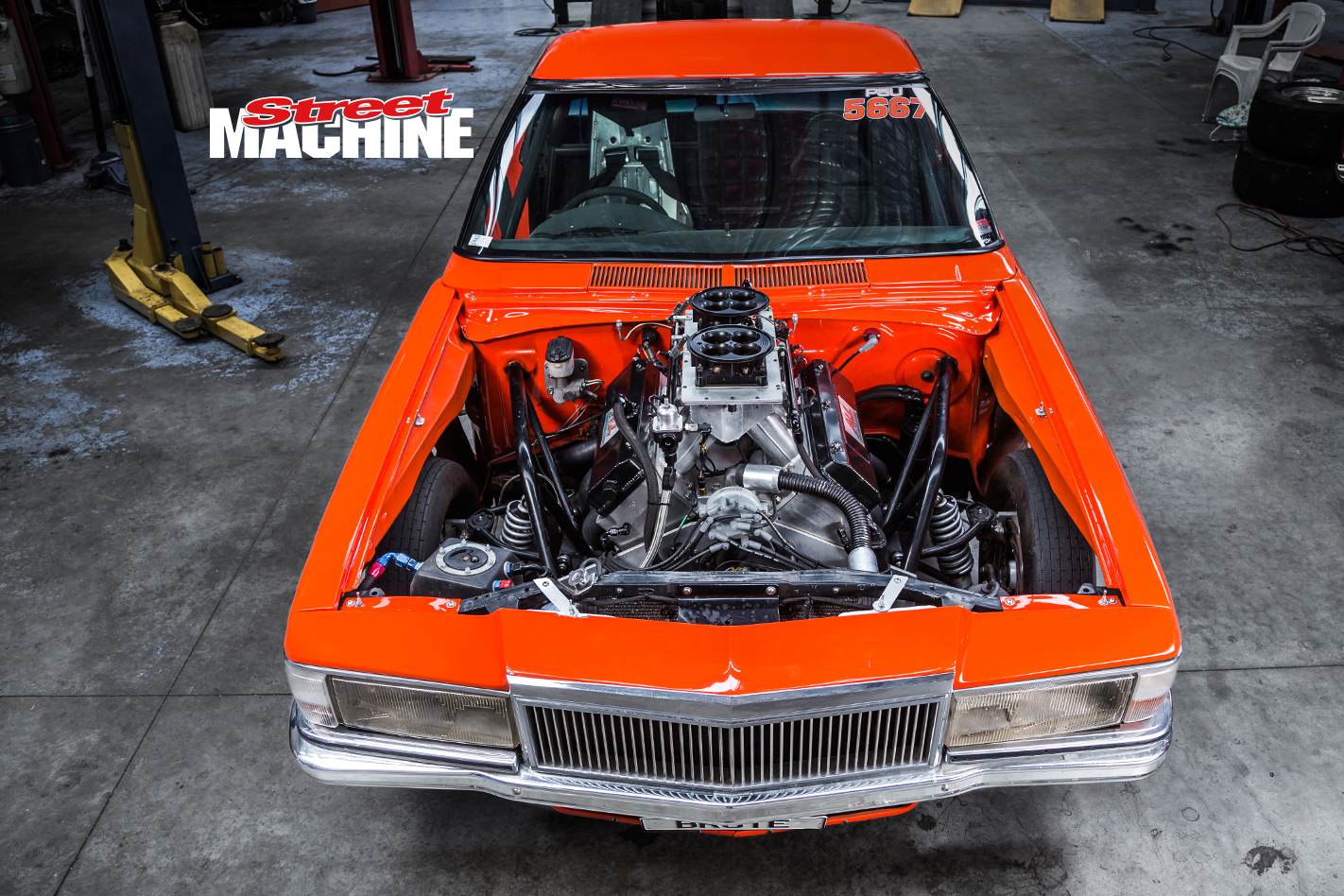 You’ve certainly got some pretty tough cars in the shed, but what was your first car?

It was an HR Holden with a 186 and a Supra five-speed ’box, and I put a nine-inch in that because I thought I was going to make it fast. But then I had to convert it to LPG because I was driving from Broadford [about 90km north of Melbourne] to Moorabbin [in Melbourne’s south-east] every day for training and I couldn’t afford to drive it, and LPG was only 16c a litre. Back then I was only earning $16,000 a year playing footy; I was actually earning more working outside of football as a storeman. 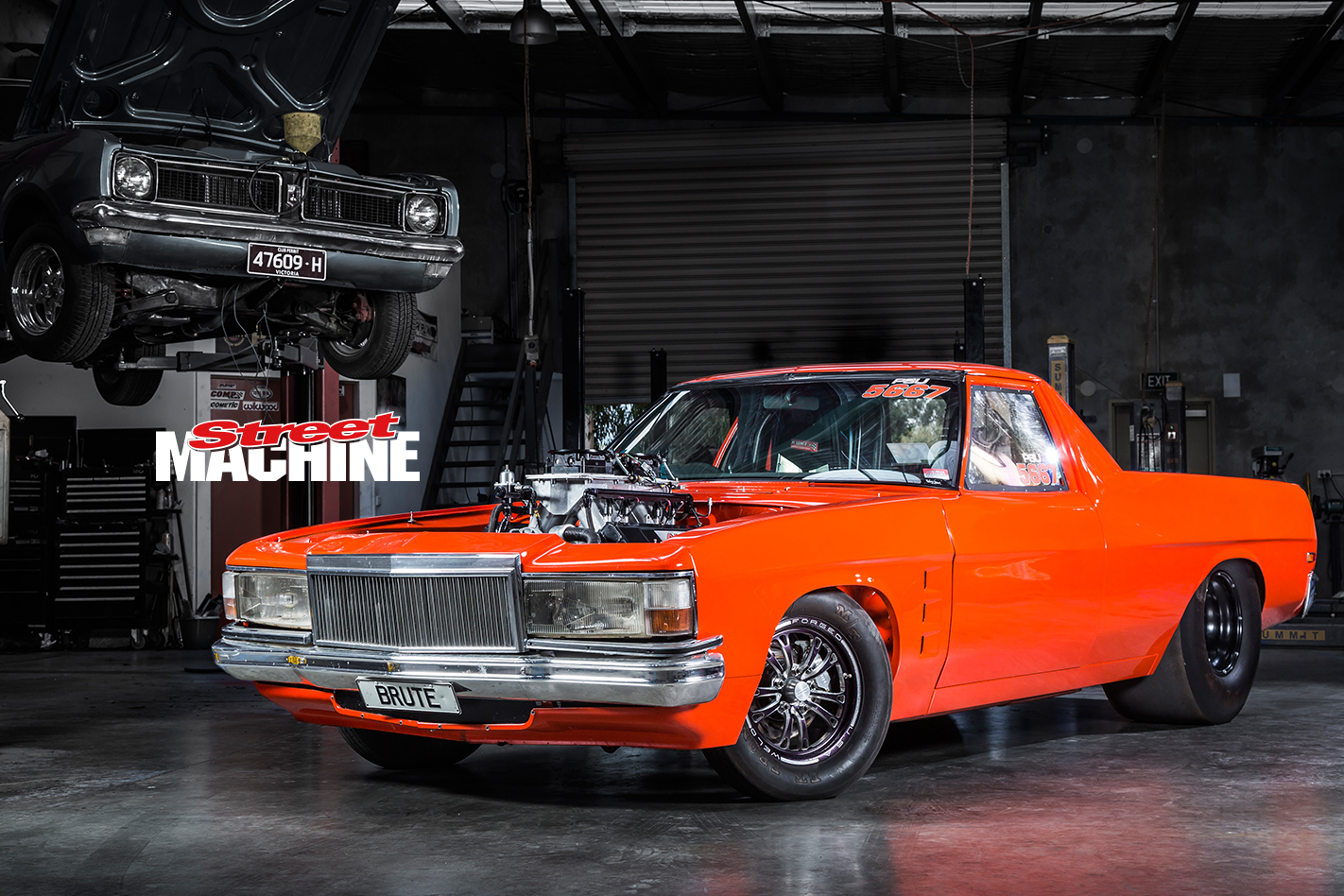 Yeah, when you’re starting off they don’t pay that much, at least not back then. When I started making money I did what every young bloke does: wasted it on a new car! I was young and stupid and bought a new SS Commodore; a VS SS. I wish I’d never done that. I just saw a shiny new car and bought it, but I only had it for a year, so I lost a lot of money on that. 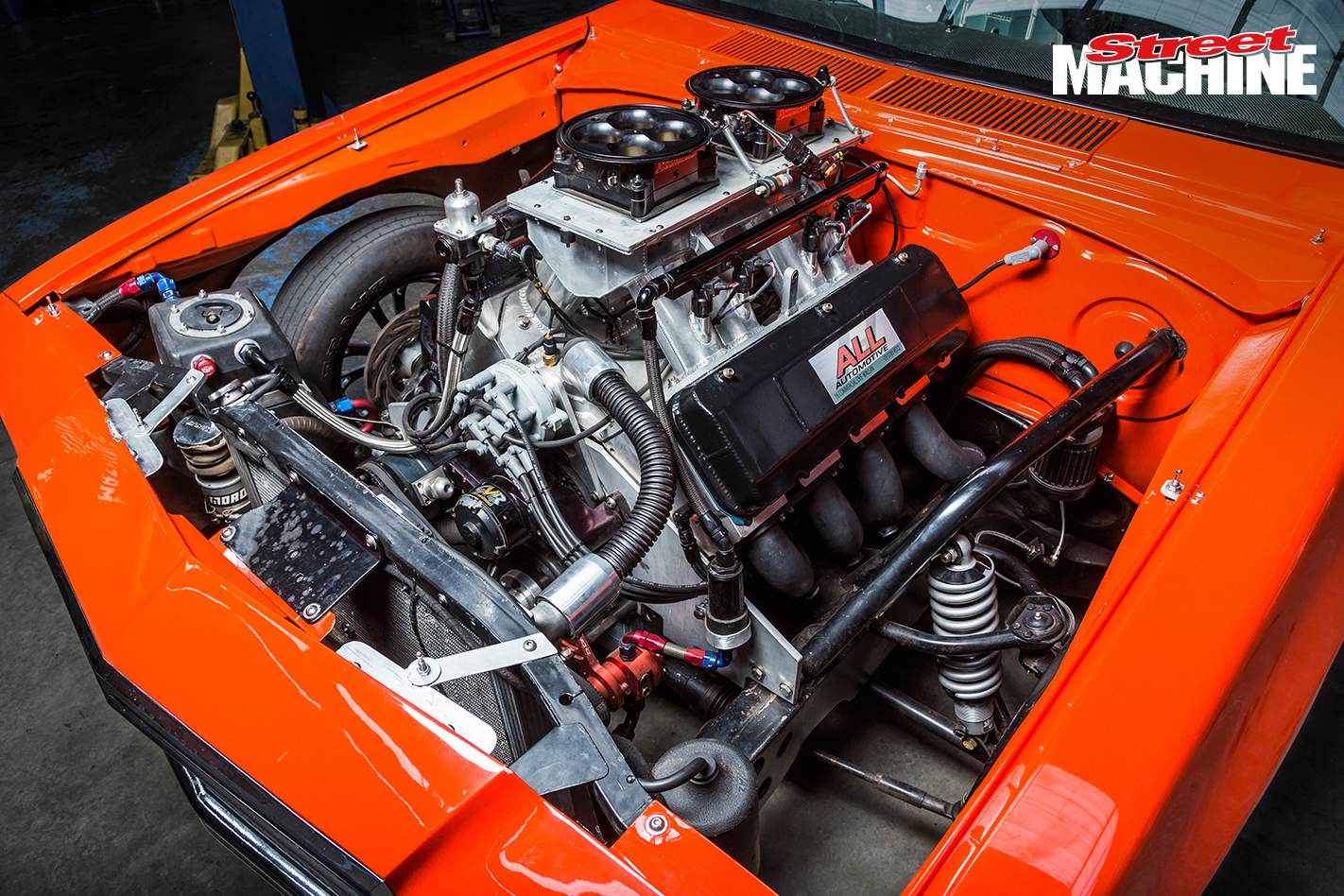 Oh no, did you trade it in on something else?

Sort of, I traded it to a guy for a VR Senator with a 5.7 and six-speed. The Senator was a really expensive car back then, so there was some cash changing hands too. We ended up putting a 383 stroker in that with an STA blower. From memory it made about 450hp at the tyres. 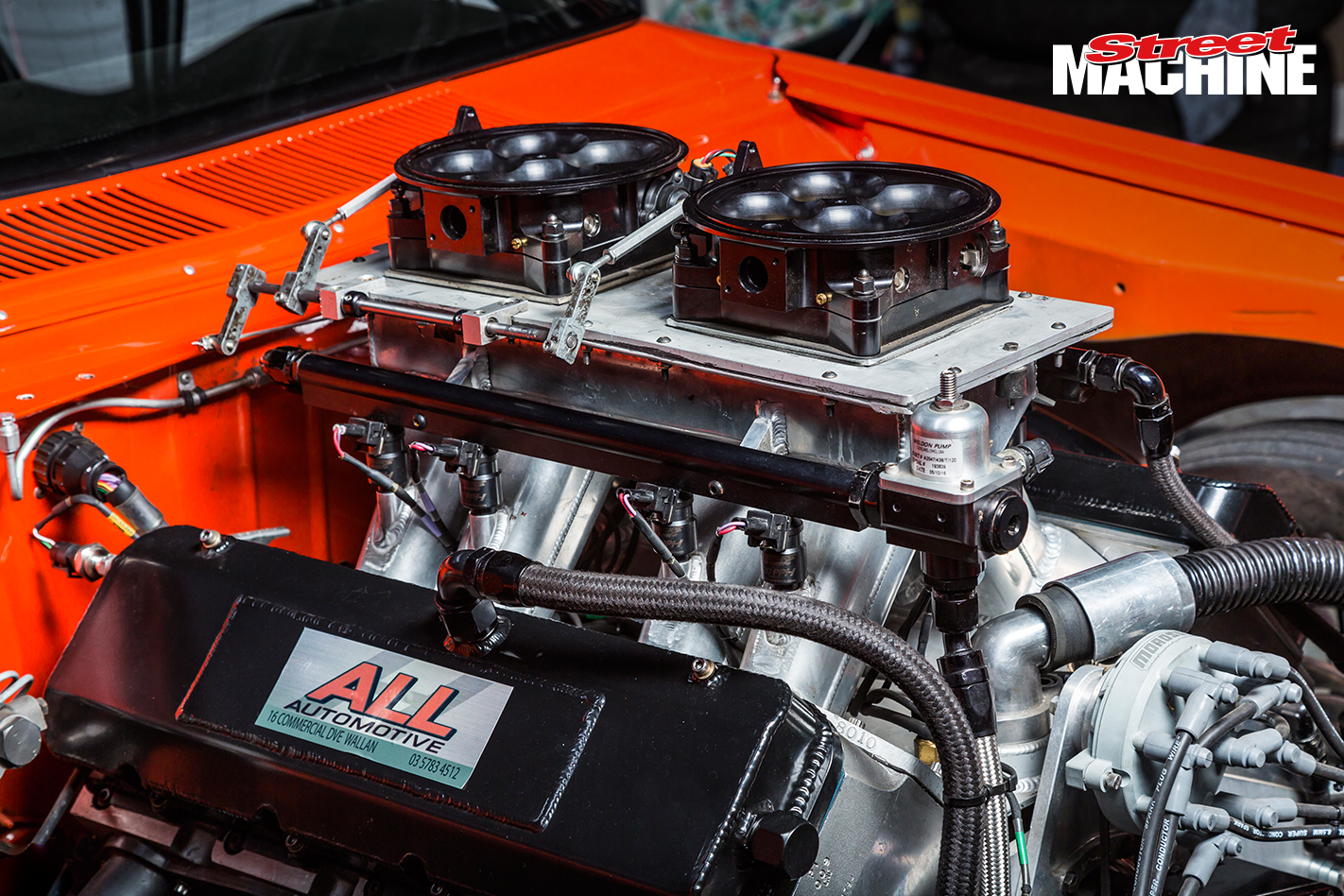 So you really are a revhead?

Yeah, I love it. I’ve always been into drag racing, but it always came down to convenience. When I was playing full-time I didn’t have time to race on weekends because I was playing footy. 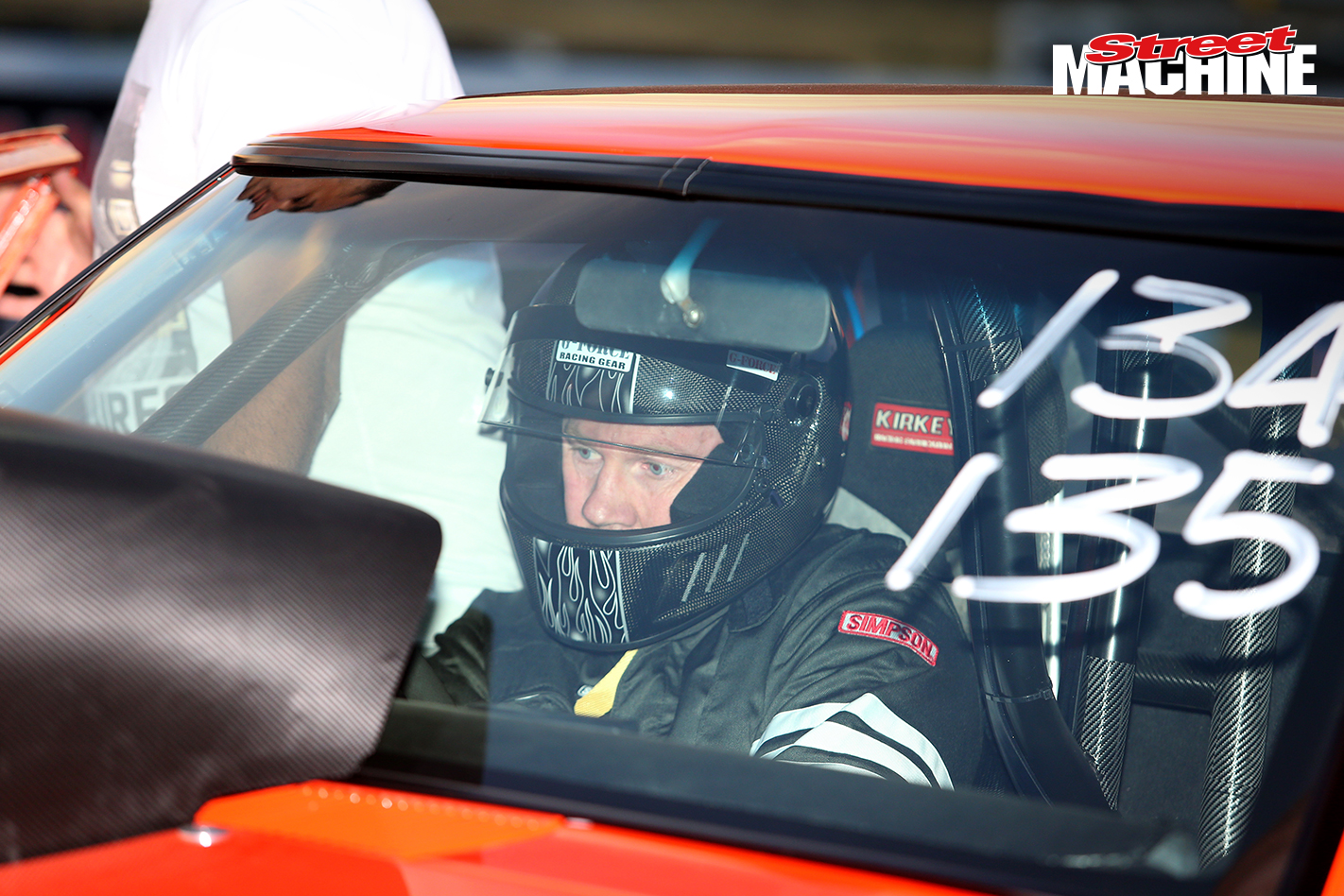 What else have you had? We’re guessing you had some LS1 stuff if you were into Holdens.

Yeah, after the Senator I bought a 300kW GTS HSV coupe with a six-speed. That was when I was playing for Sydney. I supercharged that with a Vortech blower and had CV Performance tune it. I actually took it out to Sydney Dragway to race it and fried the clutch. After that I found turbos and bought a VE Maloo when they first came out. We put an APS twin-turbo kit on it, but never raced it. It was great; it was quiet and it made a heap of power. It was just a nice car. 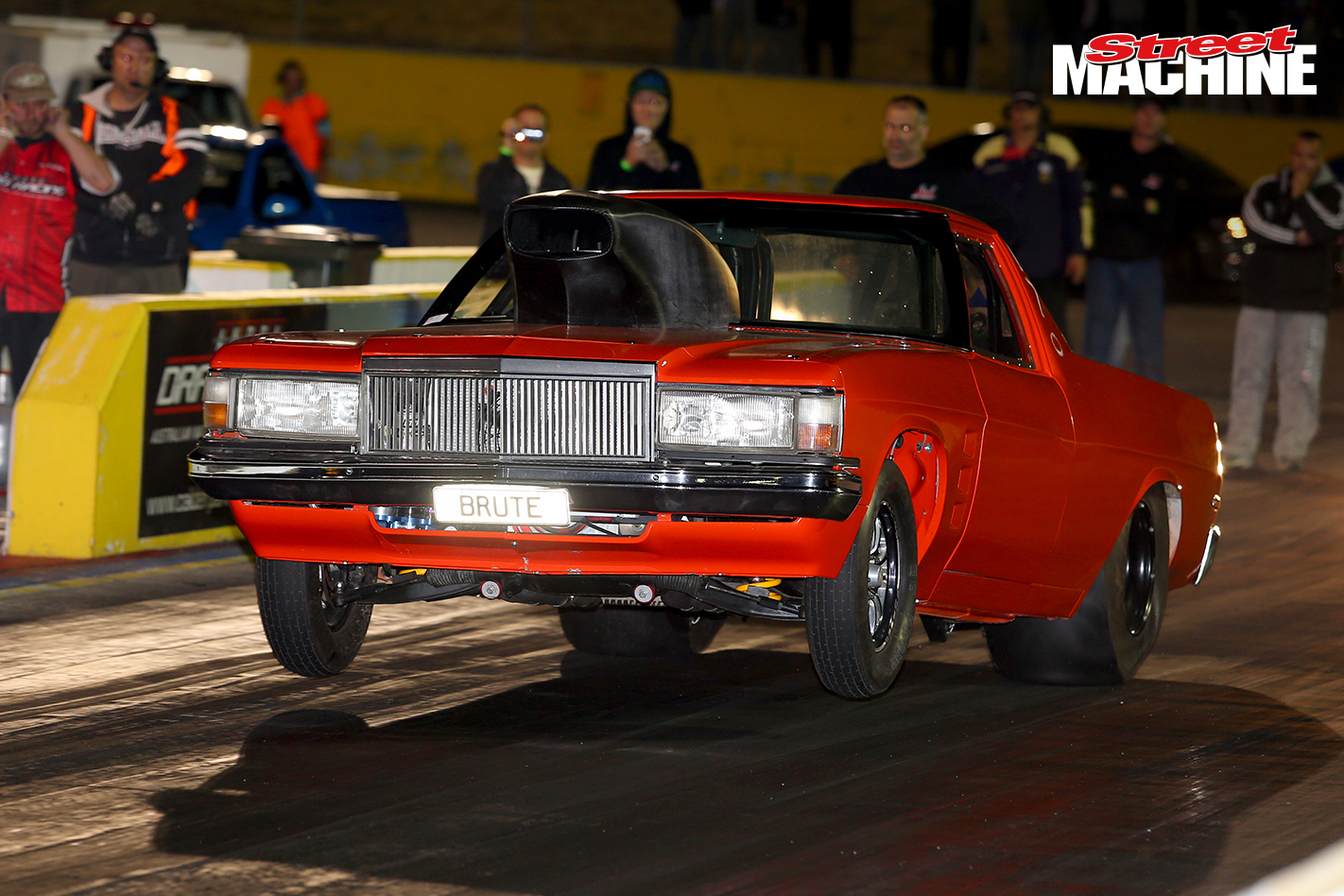 Sounds cool, but it looks like you’ve moved on from the LS mills.

Actually I’ve got a 2009 Z06 Corvette up in Queensland with a Vortech blower as a daily. It’s wrapped in matte-black with Weld wheels. But yeah, these two [gestures towards a WB-fronted HJ ute and an HG Premier] are big-blocks. The ute is my race car; I bought that about seven or eight years ago and we mini-tubbed it. Back then it had a conventional-headed 454 big-block. Now it’s a bit more serious, because we built it to run in APSA Pro Street Unblown. My brother David built the engine that’s in it now. It’s a 632-cuber that makes 1277hp naturally aspirated. It’s got Big Chief heads and EFI throttlebodies on a sheet-metal intake. We used to run a pair of SV1 Pro Systems carbs and it went 8.3 with those, but we recently switched to EFI and a FuelTech FT500 and it’s gone 8.0@169mph first time out. 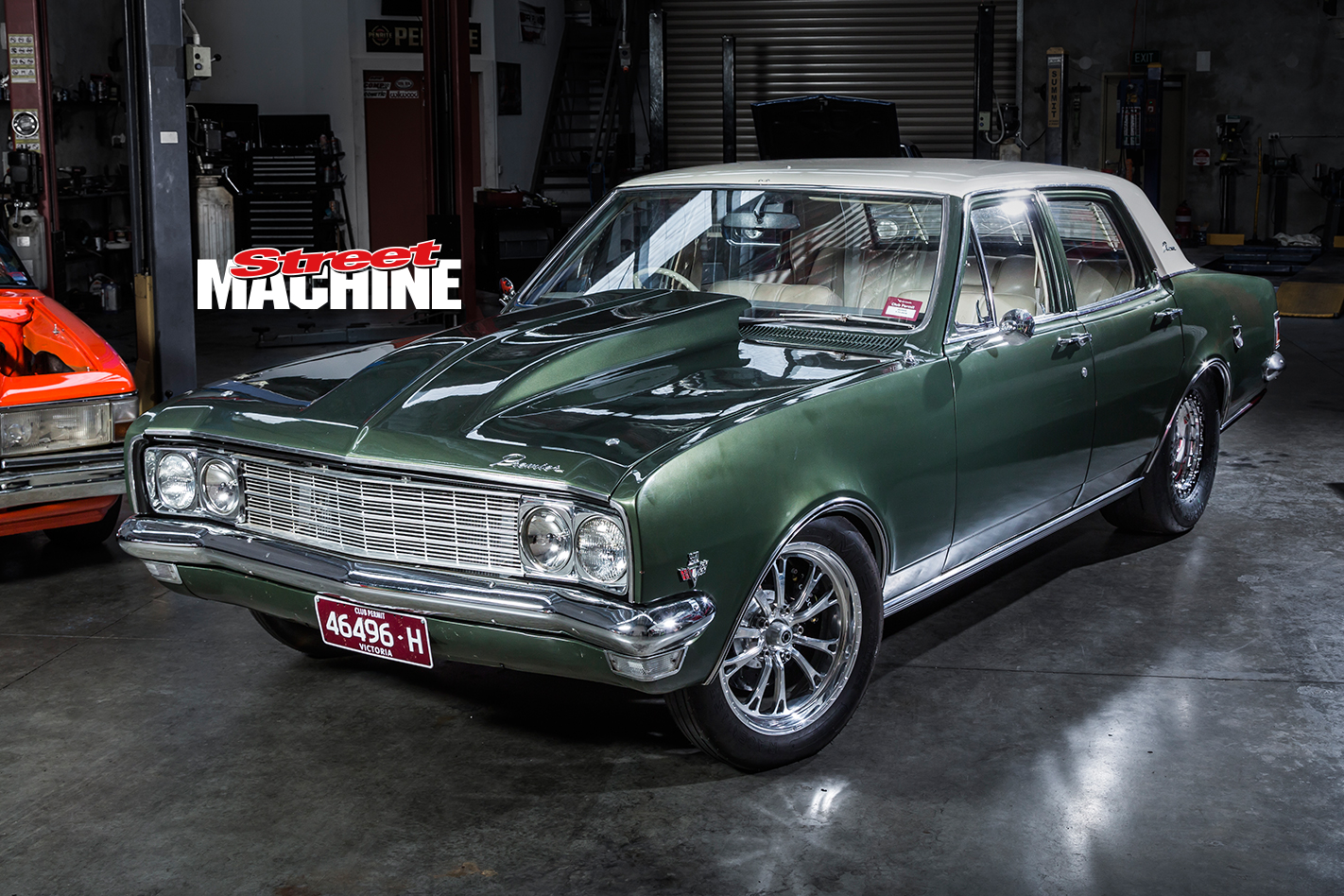 That’s seriously quick! So what about the Prem?

The Premier I’ve had for about three years now. It had a 186 in it when we got it but we’ve replaced that with a 572ci big-block. I’m not sure what it makes, but it’s got AFR heads and FAST EFI and runs 9.3@147mph. It’s still leaf-spring in the rear with CalTracs and mini-tubs. I’ll probably take that one on Drag Challenge. 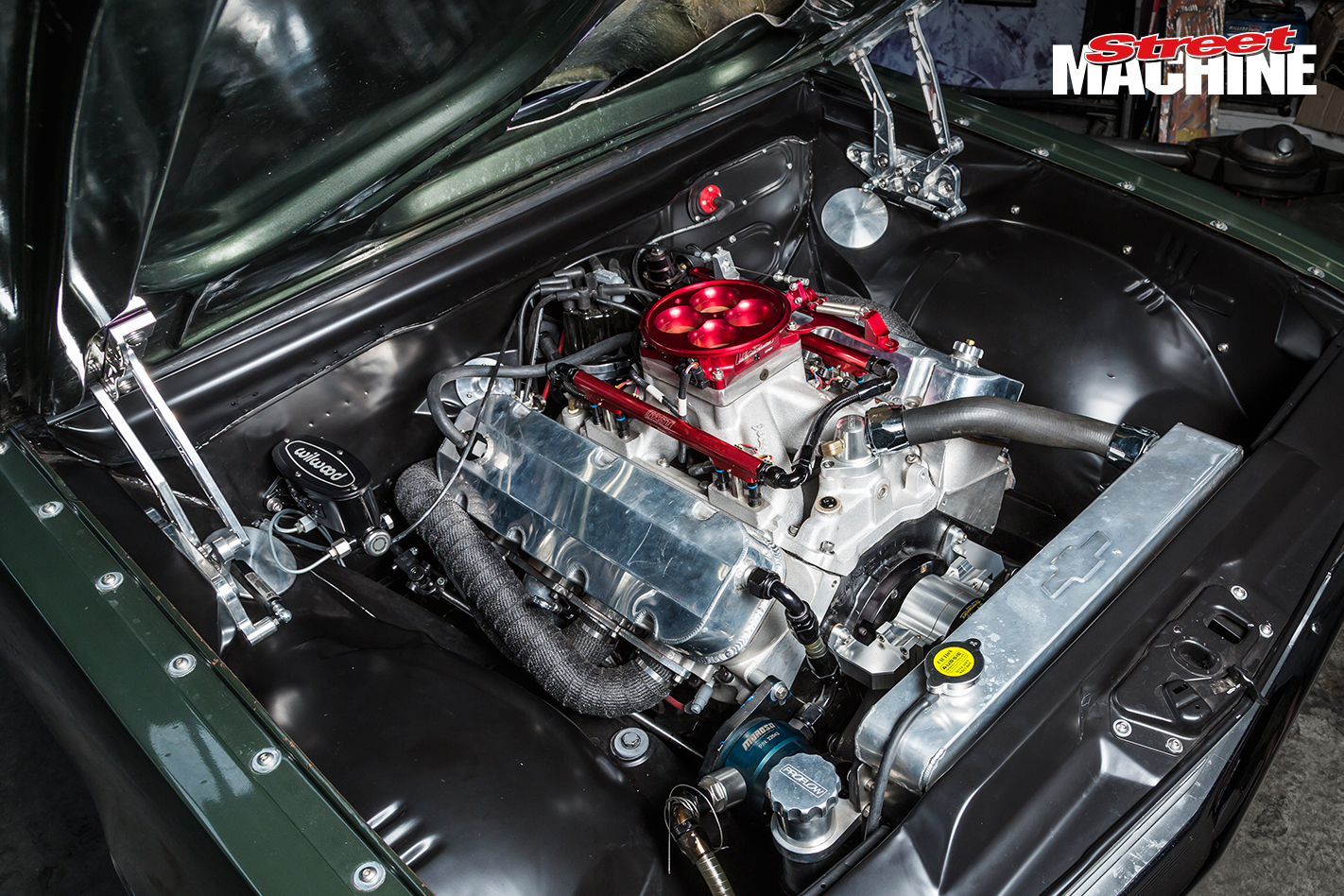 So you’ve got the drag car, and the street-and-strip car, but you’ve also got something else in the build. What can you tell us about that?

I’m building a Camaro right now; it’s a ’69 with a 410ci twin-turbo small-block, but that will just be a street car. We’re hoping to have it done for MotorEx Melbourne. In fact, we’re going to have all the cars there. We’re trying to put together something for MotorEx along the lines of ‘Stars and Their Cars’, because there are a lot of well-known people out there who are actually really into cars, but not many people know it. It’s still a work in progress at the moment, but we’re going to get quite a few famous faces there. 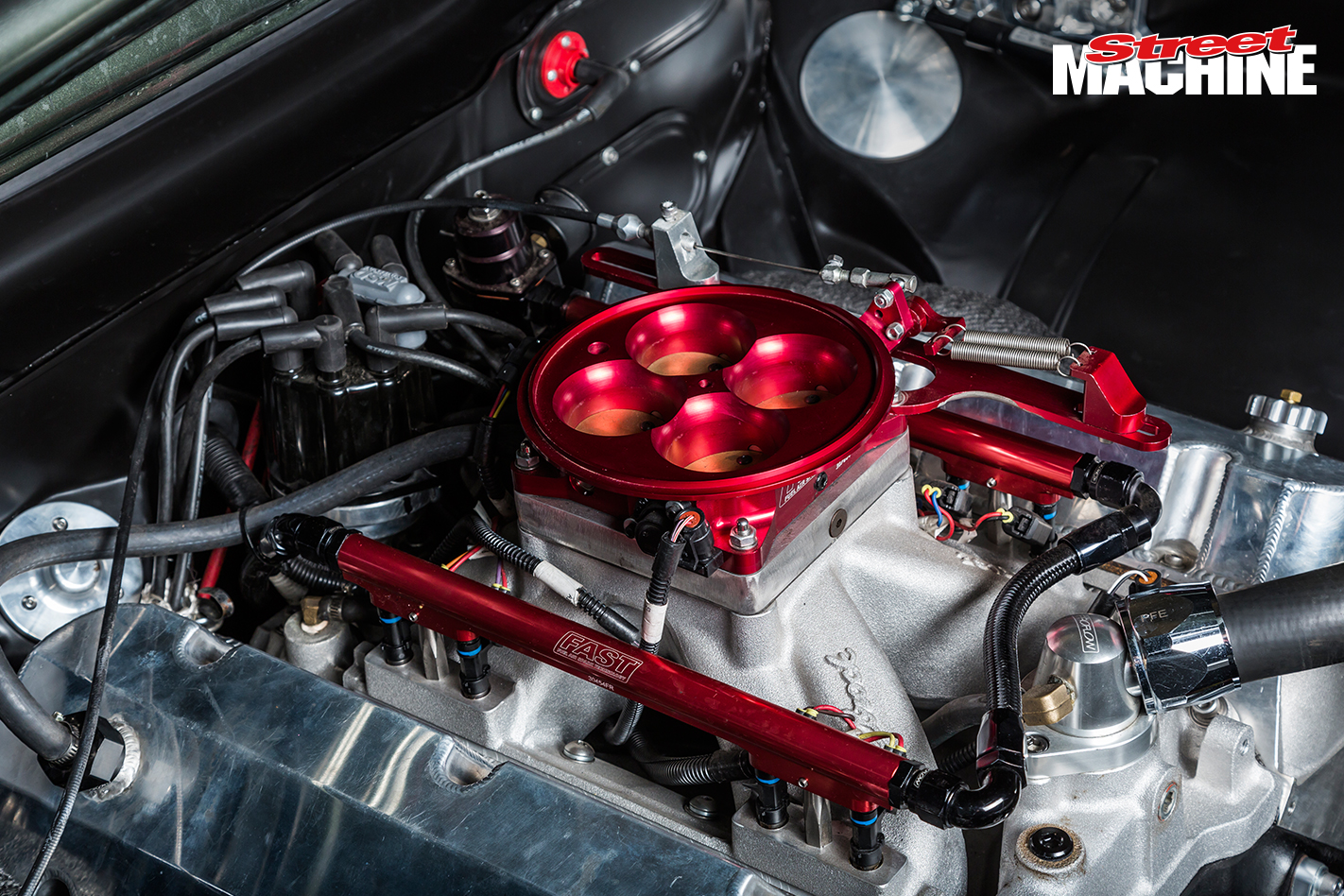 That will be awesome. So the Camaro is going to be ‘just’ a 1000hp street car?

Yeah [laughs]. I love building cars. I love getting ready for racing as much as the racing itself. Pulling shit apart and putting it back together is where it’s at for me. I’ve even bought a car for my son, even though he’s only seven months old; it’s a gold XR Falcon with a 302, which might be getting a 393ci stroker. I want to keep that for when he grows up. 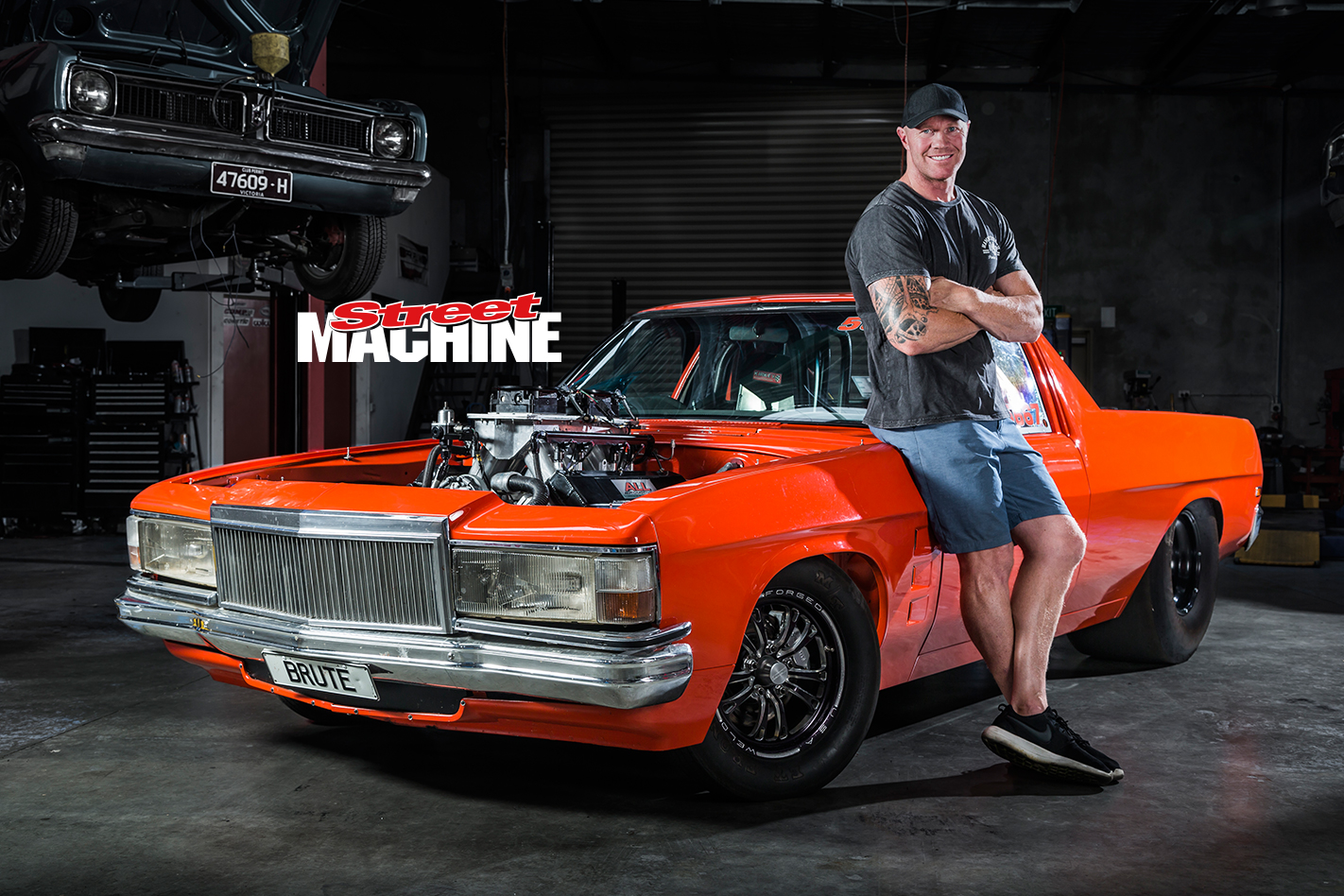 Yeah I know. Everyone seems shocked about that.

So what are your goals for the future?

That’s pretty simple; I want to run sevens in the ute and I want an HK-T-G Monaro. I just love that shape.