It might look like a mild-mannered 1980s sprog-hauler, but how many Holden Vacationer wagons have you seen that run 10s?

PETE Hamilton has nailed the balance of street and strip perfectly with his 364ci, LS2-based VH Commodore Vacationer wagon. It’s punched out 340rwkW on the chassis dyno, and has already run a 10 at the strip, yet is fully street-registered and engineered. But why a wagon, particularly one decked out with Holden’s slightly upmarket but family-oriented Vacationer pack? 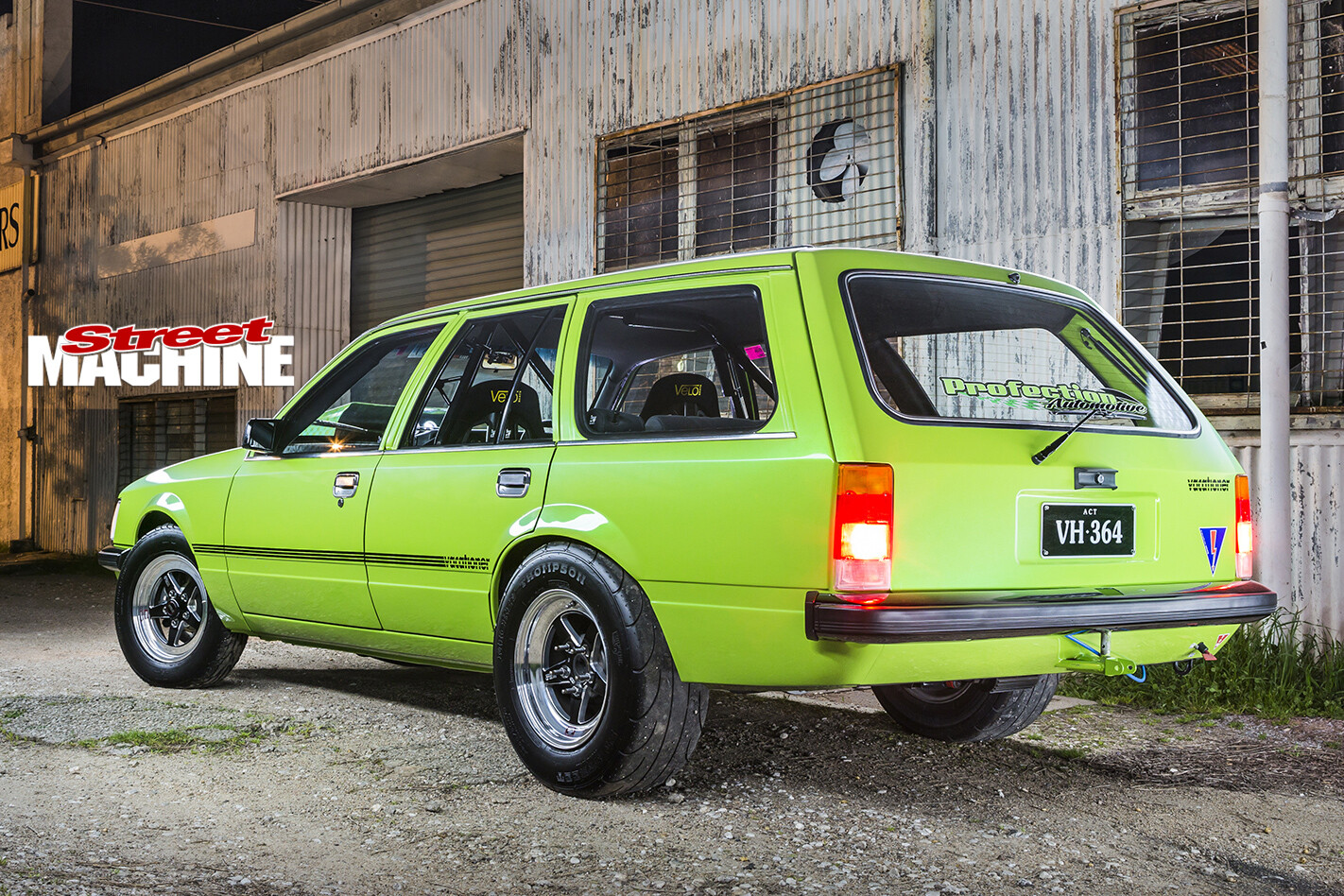 “I’ve got a real soft spot for these VH Vacationer wagons,” the Canberra resident says. “I had one as my first car; it was stock as a rock in original metallic brown, running a 253 and Aussie four-speed. I loved it. I had it back when I was at school and drove it around for a few years like that. Then I pulled it apart for a major rebuild but got a bit carried away and cut it up too far. So it sat in pieces, getting hauled around every time we moved house for over a decade.” All that changed when Pete’s good mate and panel beater, Steve Polglase, came across an unmolested and near-identical VH Vacationer wagon while out hunting for project cars. “I got a text from Steve with a picture of this mint original Vacationer wagon, but this one was full grandpa-spec,” Pete says. “It was complete and driveable. At first I just chucked it on club rego and cruised it for a while, then decided to ditch my original cut-up shell and do a rebuild on this one instead.” 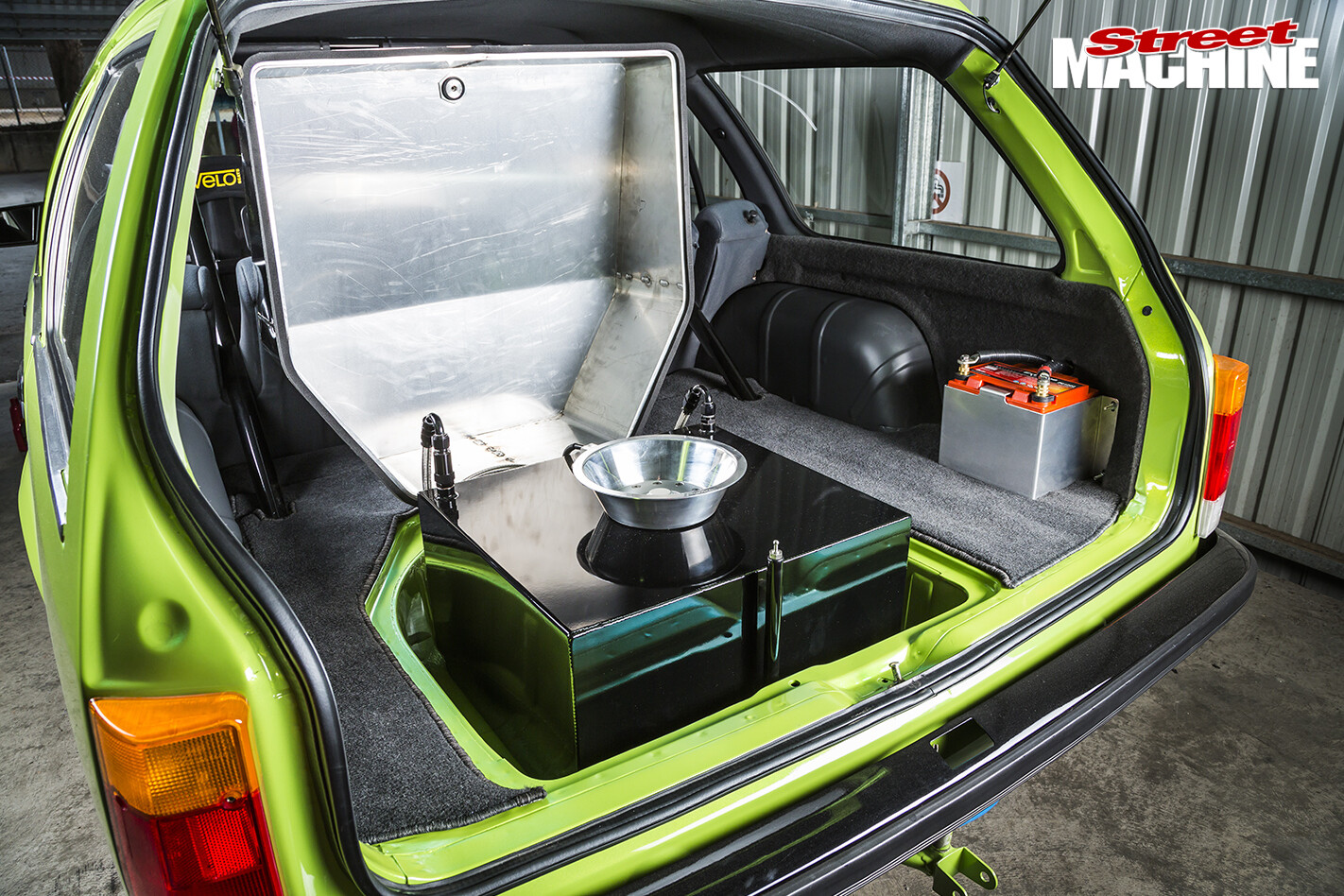 Pete knew from the start what he wanted to achieve. “Personally I like things to fit together as a complete package,” he explains. “The trend over the past decade has been to just go for the biggest and wildest of everything; it doesn’t even necessarily have to work, it just looks good to impress the crowd. But I don’t like things fitted to cars that don’t work, I prefer matching combinations. 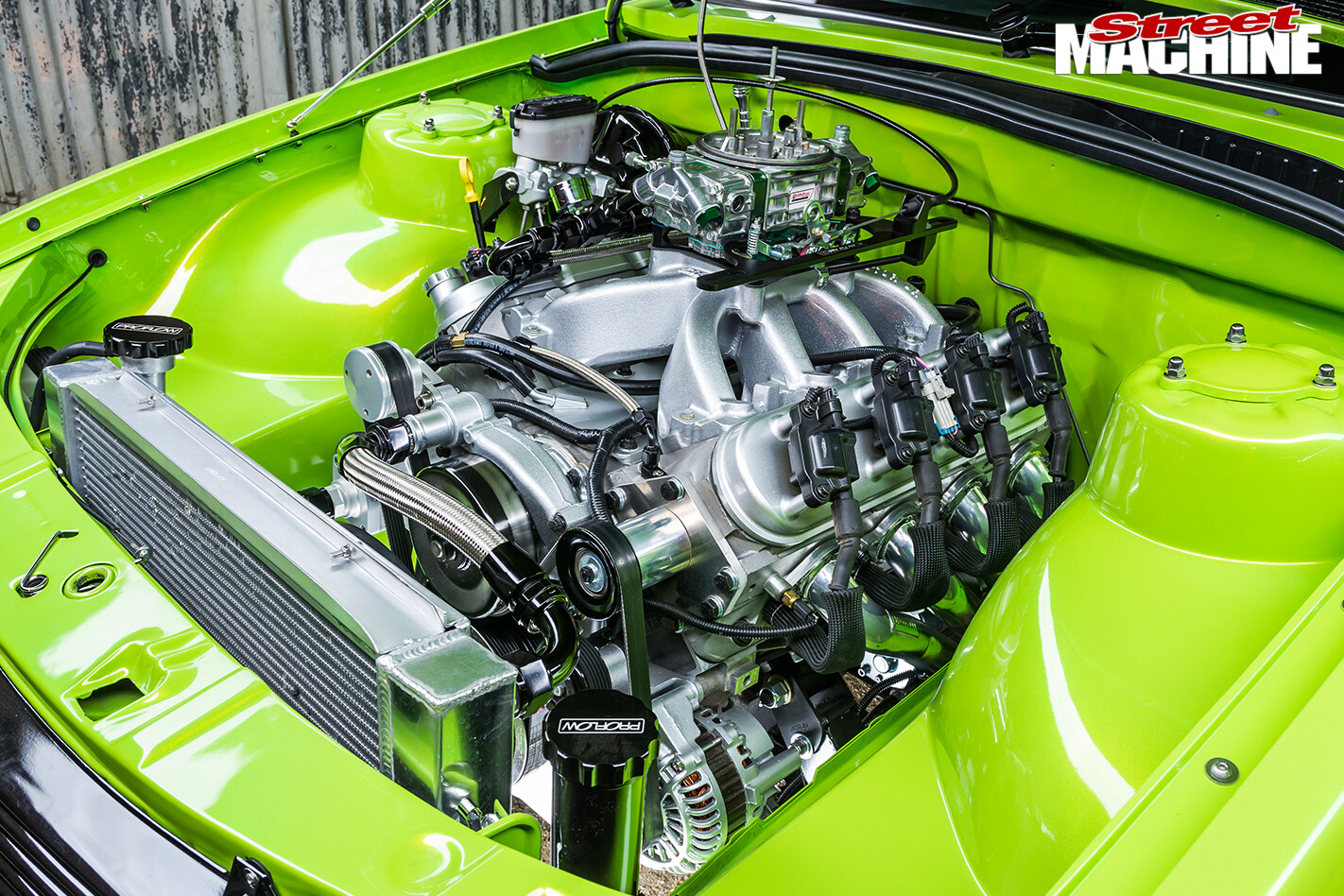 “Originally we were just going to put a motor in it and go racing, leaving it grandpa spec with venetian blinds in the back and patina paintwork, but that look has been done to death,” he continues. “So we went for a full respray and built this car how I wanted it.” Steve Polglase soon had the bodywork under control, rectifying an old repair in one of the quarter panels, seam-welding and smoothing out the engine bay and door jambs, and deleting the aerial and fuel filler cap. The custom-framed bonnet, designed to fit the reverse cowl scoop, was fashioned by Colin Harrison at Dent Mate. On the inside there is a semi-concealed six-point ’cage by Craig Burns of SCF Race Cars in Sydney. Once the bodywork was all done the wagon was trucked off to Tony at Classic Car Creations and painted in PPG Vibrance Key Lime. The retro Vacationer signage was designed and printed by Aaron Fitzpatrick at Artcraft Signs, added “to keep just a little of the car’s origins alive”, according to Pete.

The interior trim was stitched together by Frank at Classic Car Upholstery in Cooma and is fitted out with Velo front seats and harnesses, with a re-trimmed standard rear seat. 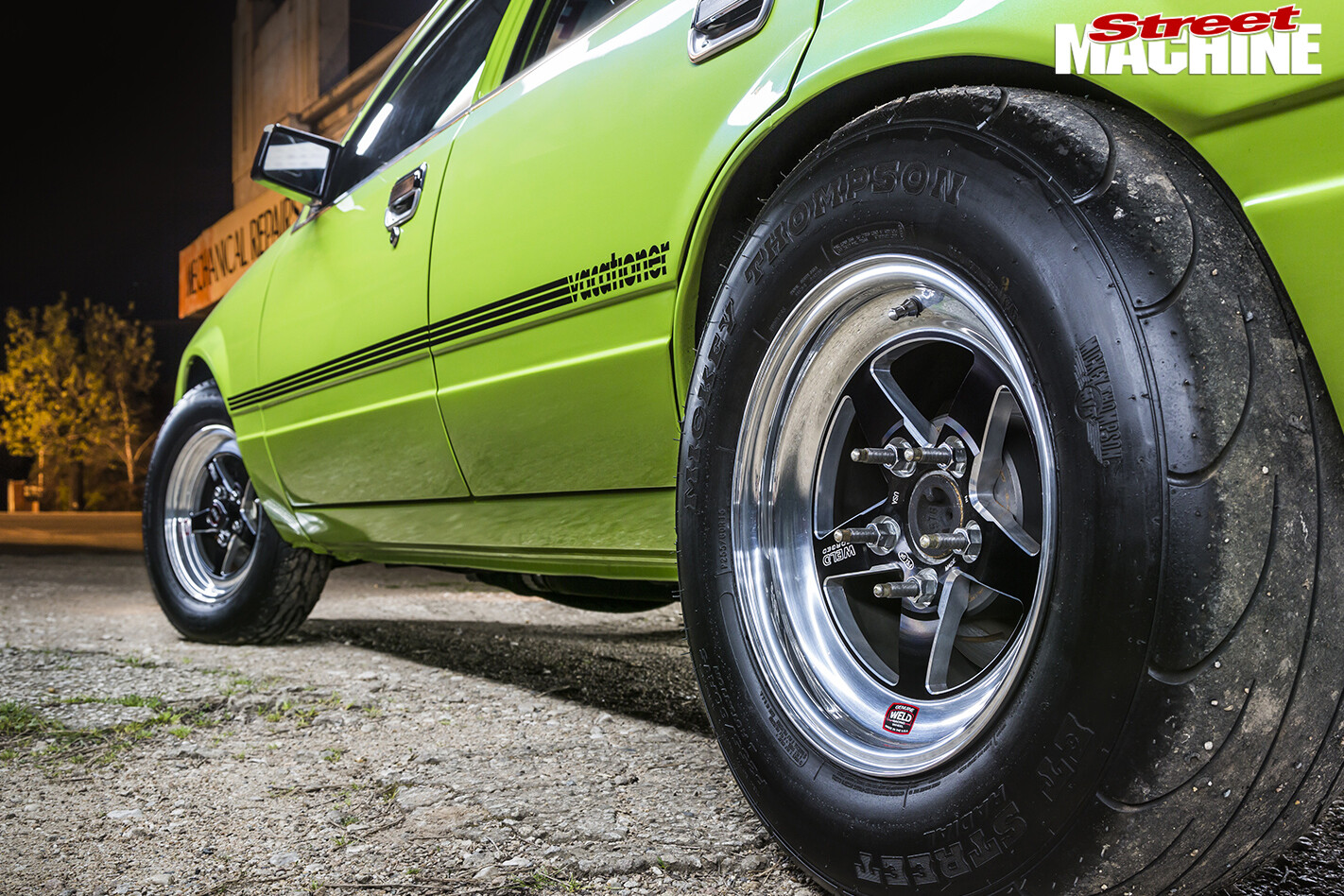 Keeping the car off the deck are Weld Racing RT-S S71 rims. “The rears are 15x9in, offset to suit the standard wheelwells, with 15x4in frontrunners,” Pete says. “Suspension-wise we didn’t do too much; in the rear end we just stitch-welded the rear floor mounts, boxed the trailing arms, then re-fitted the standard springs with some Koni adjustable shocks. The front end is all standard, with the brakes upgraded to VT twin-piston calipers.” As owner of Profection Automotive in Hume, ACT, Pete was able to build the 364ci LS2 in-house. “LS motors are fantastic even in pretty standard form,” he says. “This is just a budget engine with a factory LS2-based bottom end, factory crank, a good set of pistons and rods and a bit of compression. We added a pretty stout hydraulic cam but stuck with the standard rockers on 243-casting cathedral-port heads, ported by Anthony at AJM Automotive.” 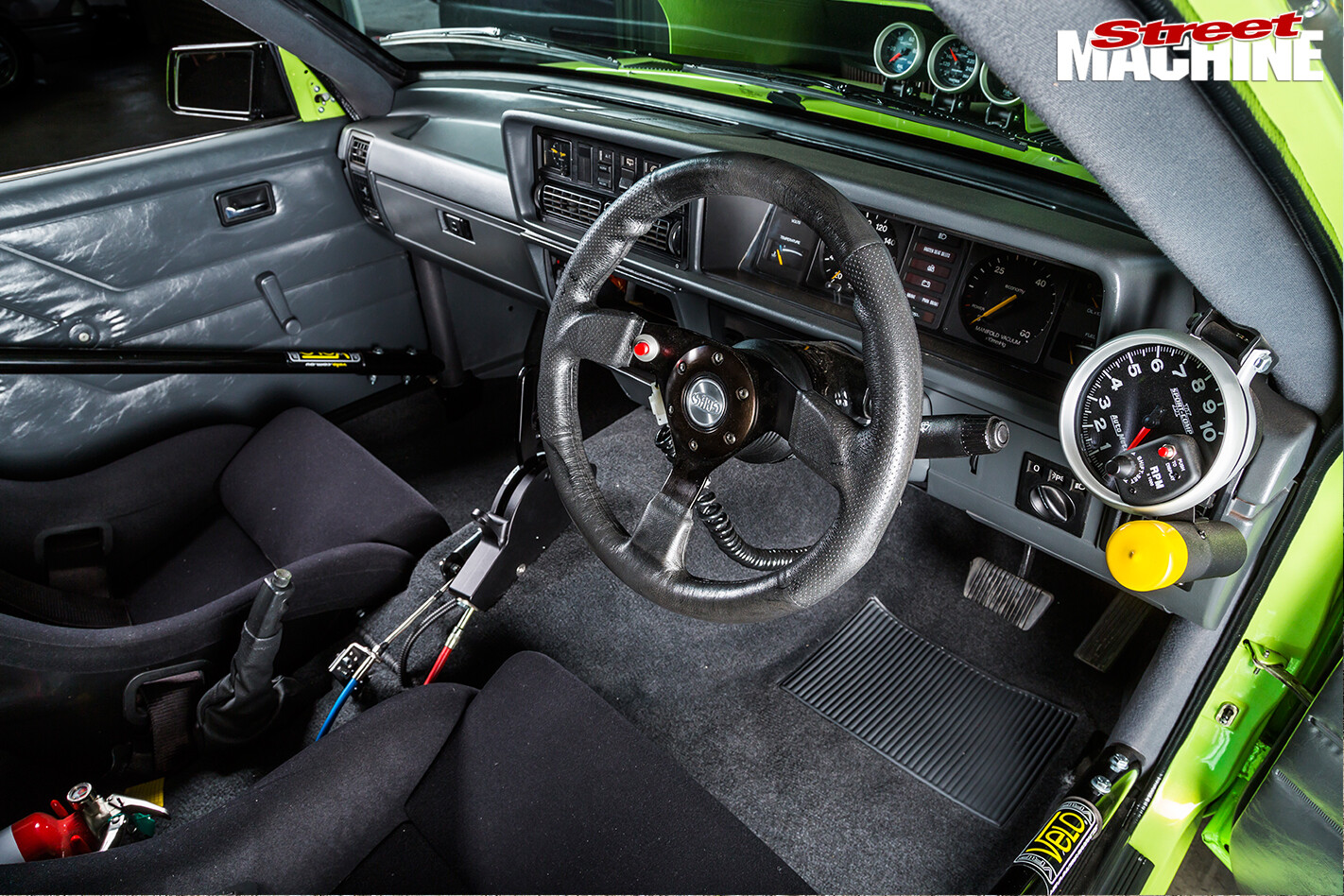 The motor drinks E85 from an 850 Quick Fuel Q-series carby, with the spark taken care of by an MSD 6LS-2 ignition. Backing the LS2 is a Tuggeranong Transmissions-built full-manual Powerglide with a 5500rpm TCE stall converter. 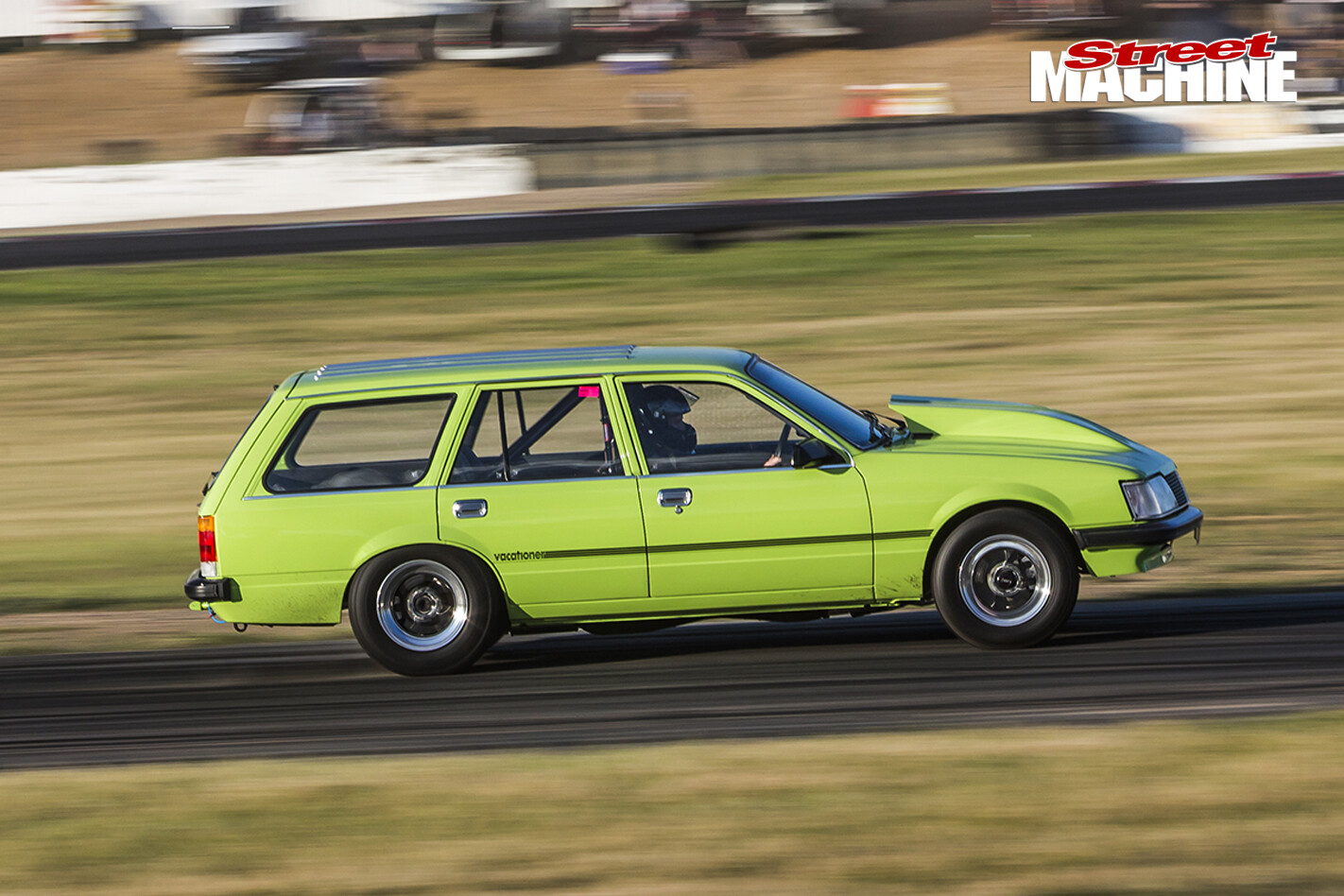 The car ran 10.76@126mph in full street trim on its first pass. “It was pretty cool to turn up to the track with a fully street-registered car and run a 10 first go, just off the footbrake. I was rapt,” Pete says. “It was running the full exhaust and all factory metal – that to me is a true street car.” And the future? “Hopefully we can get it going a bit quicker once we change the rear end set-up,” Pete muses. “It’s currently a BorgWarner with 3.9 gears, but I’m changing it to a nine-inch with 4.57s and an alloy carrier to keep some weight out of it. I can’t wait to get some tune wound into it and go have some more fun at the strip!”