When it comes to radical street-driven cars, this beast from 1969 just about takes the cake

When it comes to radical street-driven cars, Terry Scully's side-valve V8-powered beast from 1969 just about takes the cake 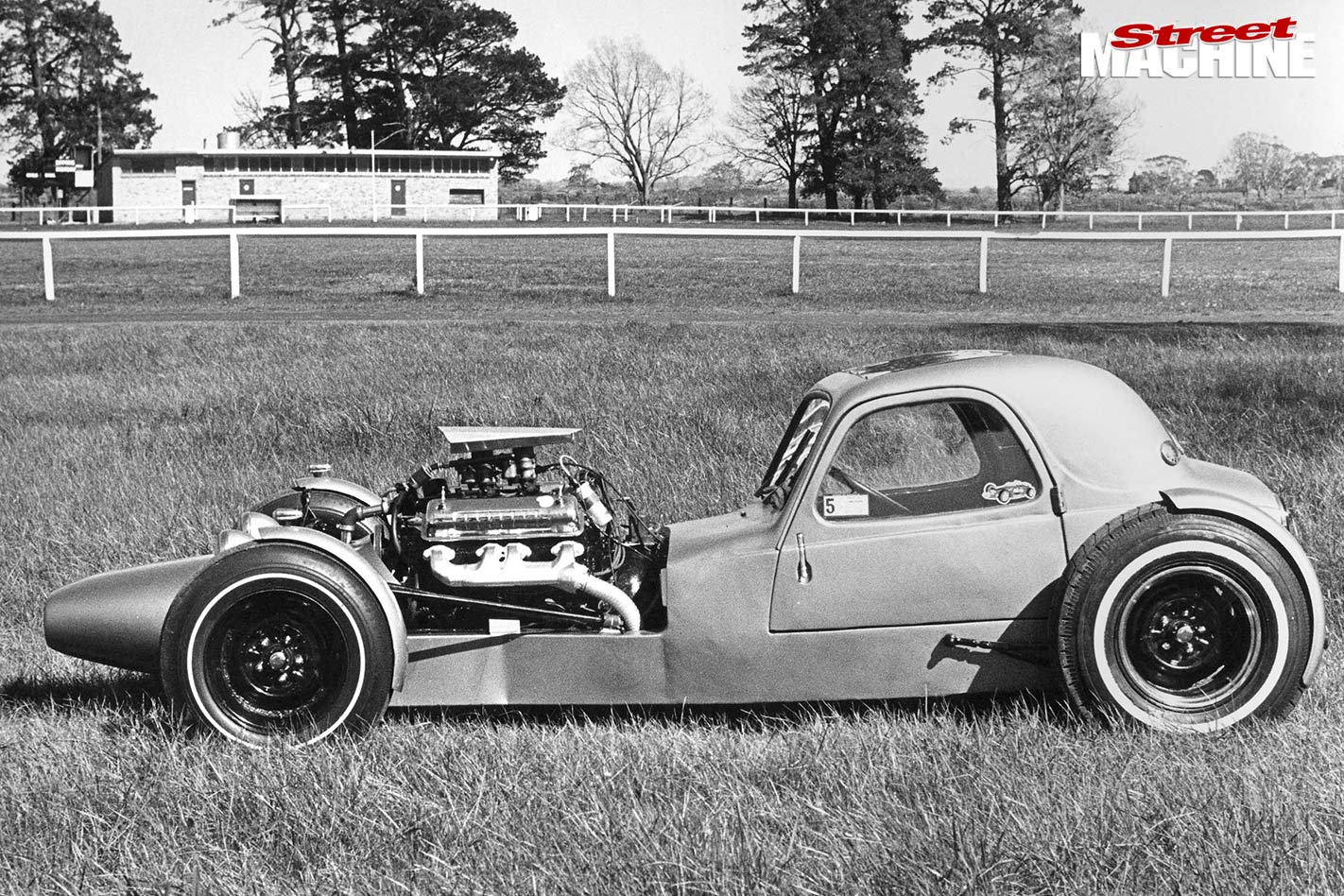 It was a neat rod for its day but Scully showed great insight and creative courage at a time when hot rods were pretty closely prescribed pieces of machinery.

In 1968 he put the car through a complete rebuild, lengthening and lowering it overall, and extensively modifying the bodyshell, sectioning it 10 inches, shortening it six and chopping two inches off the rear. At the back, a customised tail extension housed ’60 Falcon tail-lights. Lowered over the hand-made 14-gauge mild steel chassis, it provided a tiny rear cabin. For the finishing touch, the front of the car was equipped with the nose from a Lynx open-wheel circuit racer. 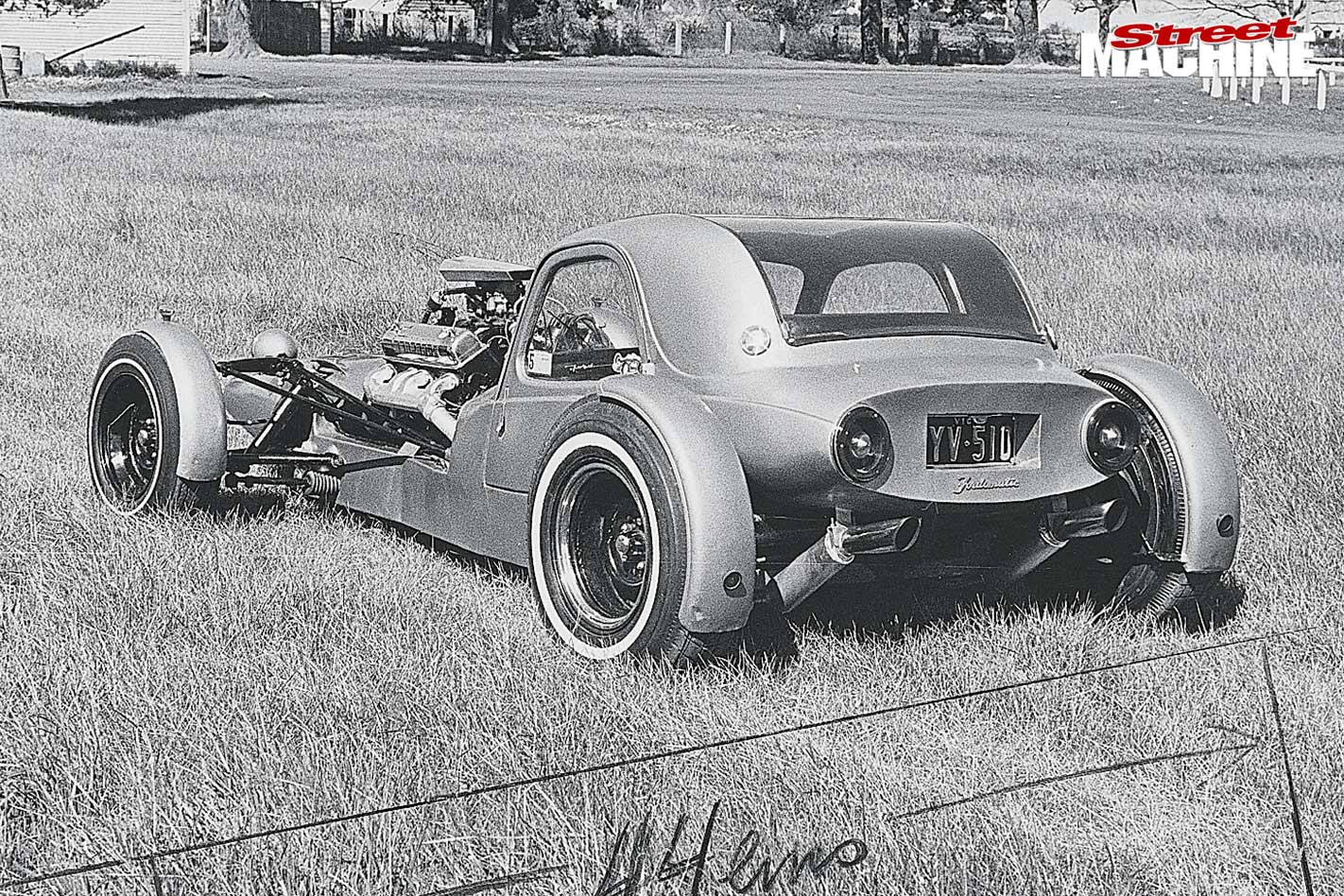 Since the car was already startling, its bright green paint wasn’t out of place.

The photos belie the car’s true size. It stood only 42 inches high at its tallest point and the body was so tiny that it made the wheelbase look long, yet in reality it was only 96 inches. In some ways it looked then, and still does, like a street registered Dragster. 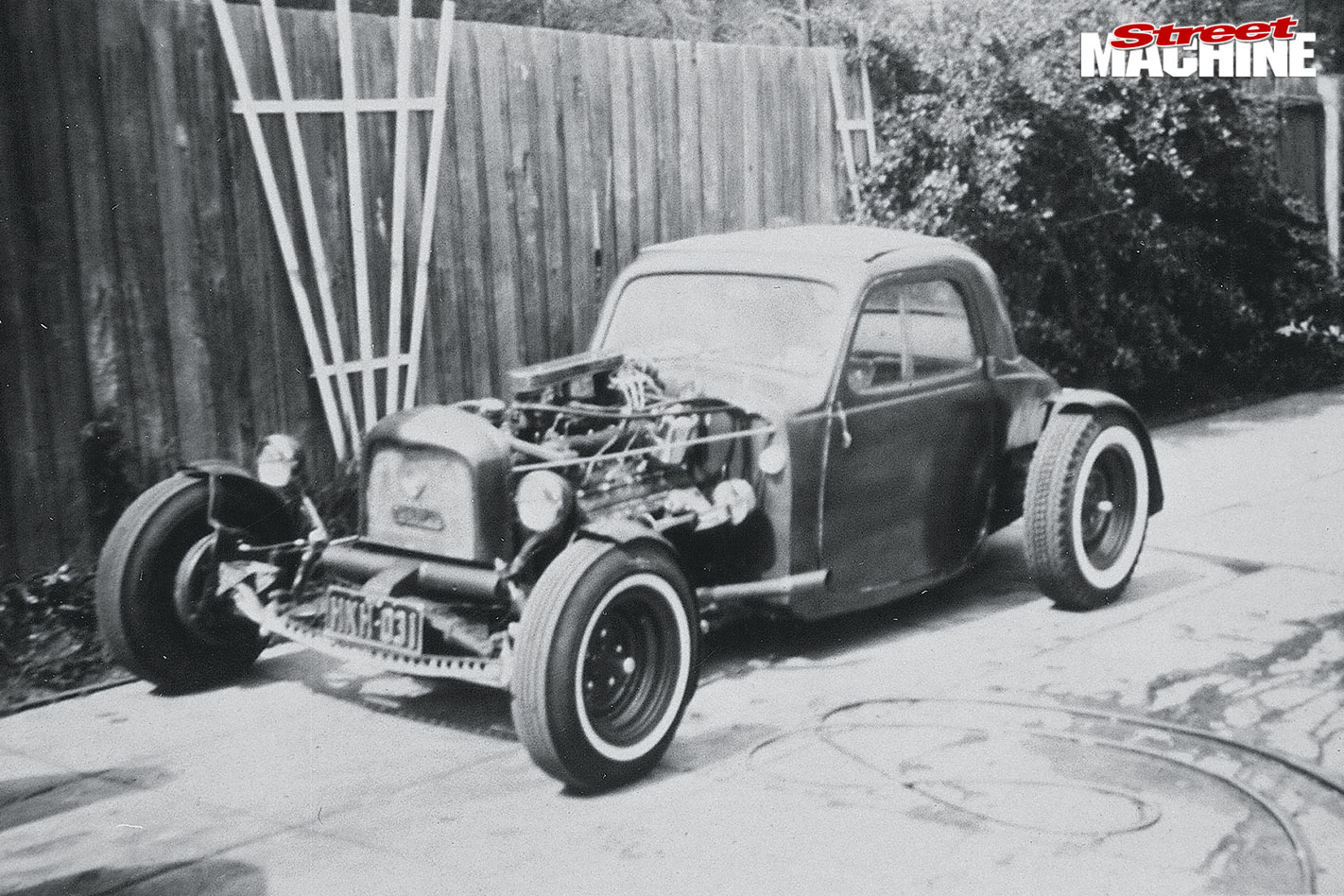 In fact, observers decided that you more ‘wore the car’ than rode in it. The windows were fixed, and the original sun-roof was replaced with a fixed Perspex panel, so the snug body was pretty hot in sunny weather.

That was in stark contrast to the engine, which was a basically stock 292 Ford Customline V8 with auto; only twin carburettors and a modified exhaust system varied from standard. The idea was to maximise reliability — this was Scully’s daily family driver and clocked up plenty of miles around Melbourne in its day. Having a couple of kids must have made family outings rather cramped. 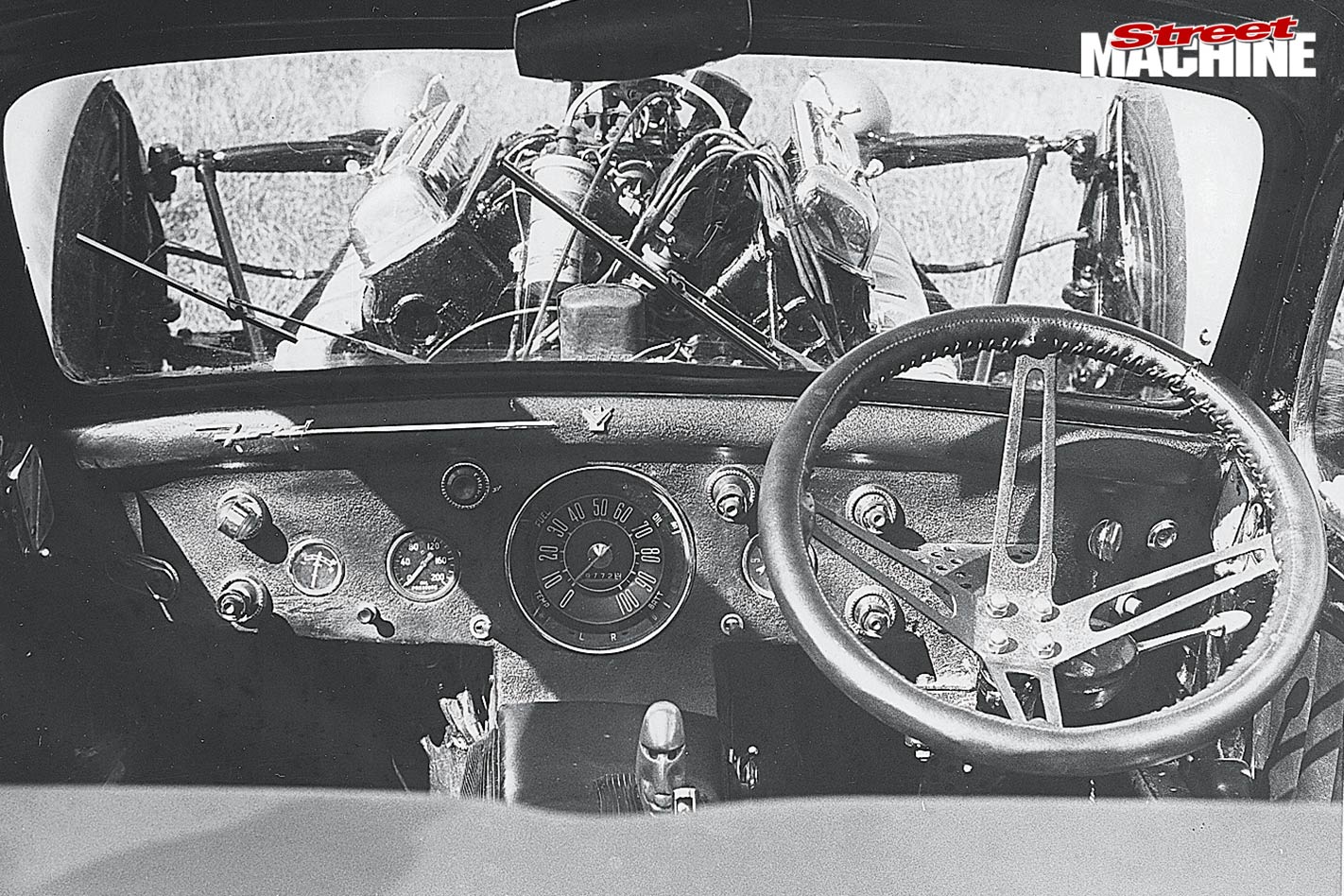 The front suspension was later swapped from the beam axle to a Morris Minor torsion bar set-up, which allowed greater adjustment. Given that the car rode with a maximum ground clearance of just 2.5 inches, fine tuning the height must have been a constant issue.

The rear end featured a Ford F100 diff sprung on custom coil-over shocks. It was all designed as a sedate, driveable package in a wild wrapper.

Of course, if you tried getting a vehicle like this past the rego authorities today, you’d simply be laughed at!