You name it, Dukes has it: jumps, drifting, powerslides, burnouts, car chases and races

JUST the good ol’ boys, never meanin’ no harm. These words from the theme tune to the legendary late-70s/early-80s TV show The Dukes of Hazzard pretty much sums up its premise, and this 2005 movie adaptation brings a fresh spin to the iconic show – unlike some less-than-successful ‘reunion’ flicks with the original cast. 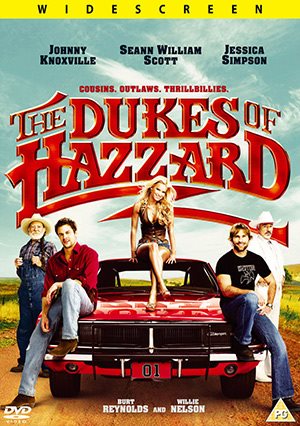 In fictional Hazzard County, Georgia, cousins Bo and Luke Duke (Scott and Knoxville, respectively), are ripping through life one sideways corner at a time, running moonshine for their uncle Jesse (Nelson) and sweet-cheeked cousin Daisy (Simpson).

Bo dreams of becoming a big name on the national stock car circuit in his beloved 1969 Dodge Charger, The General Lee, following in the footsteps of fellow local-boy-made-good, Billy Prickett (Roday). 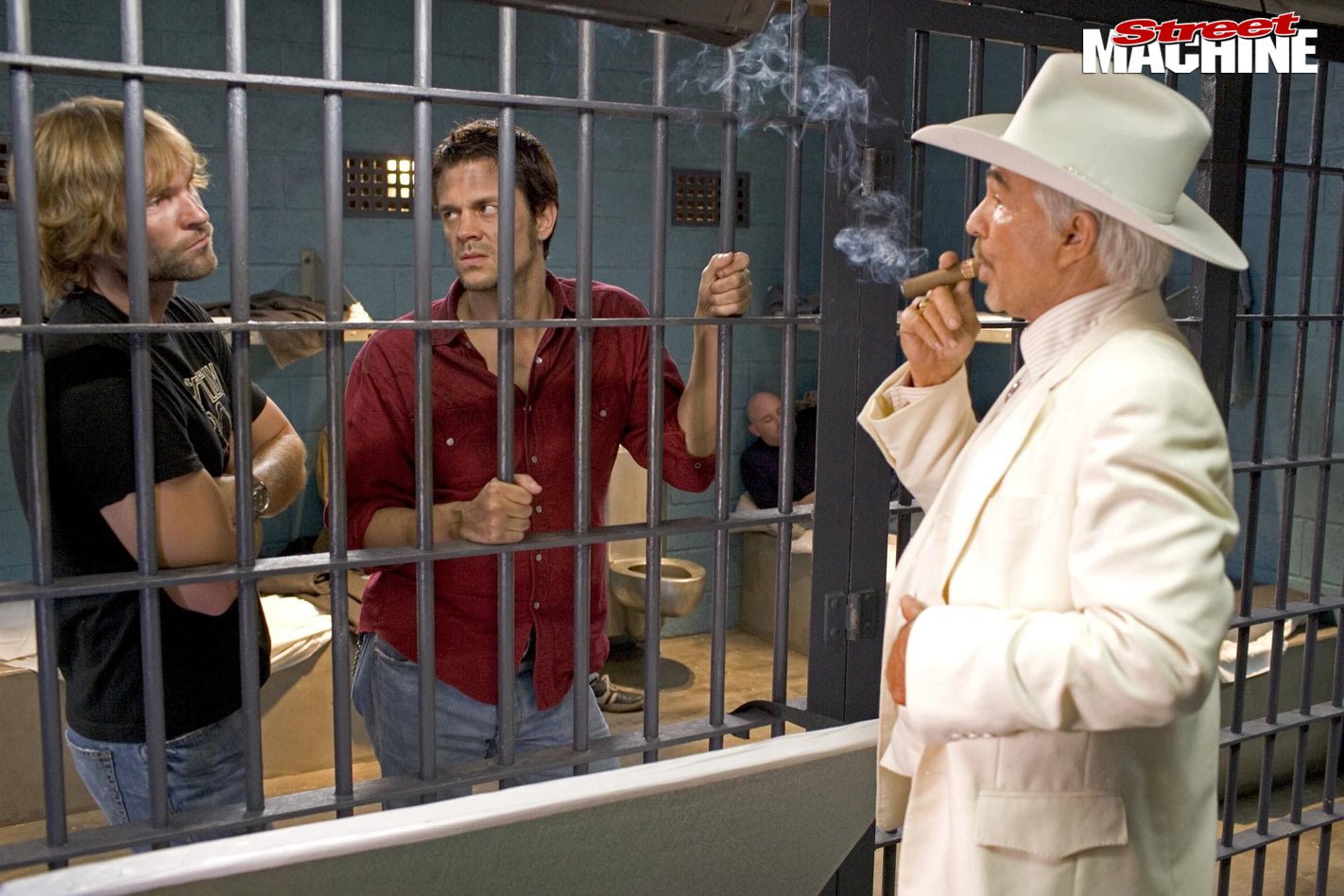 Prickett is in town as a drawcard for the Hazzard County Road Rally, which Bo is hoping to win for his fifth consecutive year. But Prickett’s appearance is actually a paid distraction for the Hazzard townsfolk while crooked local commissioner, JD ‘Boss’ Hogg (Mr Bandit himself, Burt Reynolds), gets up to his usual money-fuelled mischief. He seizes a number of Hazzard properties – including the Dukes’ farm – under the guise of illegal moonshine production, with fake stills planted by his right-hand man, Sheriff Roscoe P. Coltrane (Gainey). 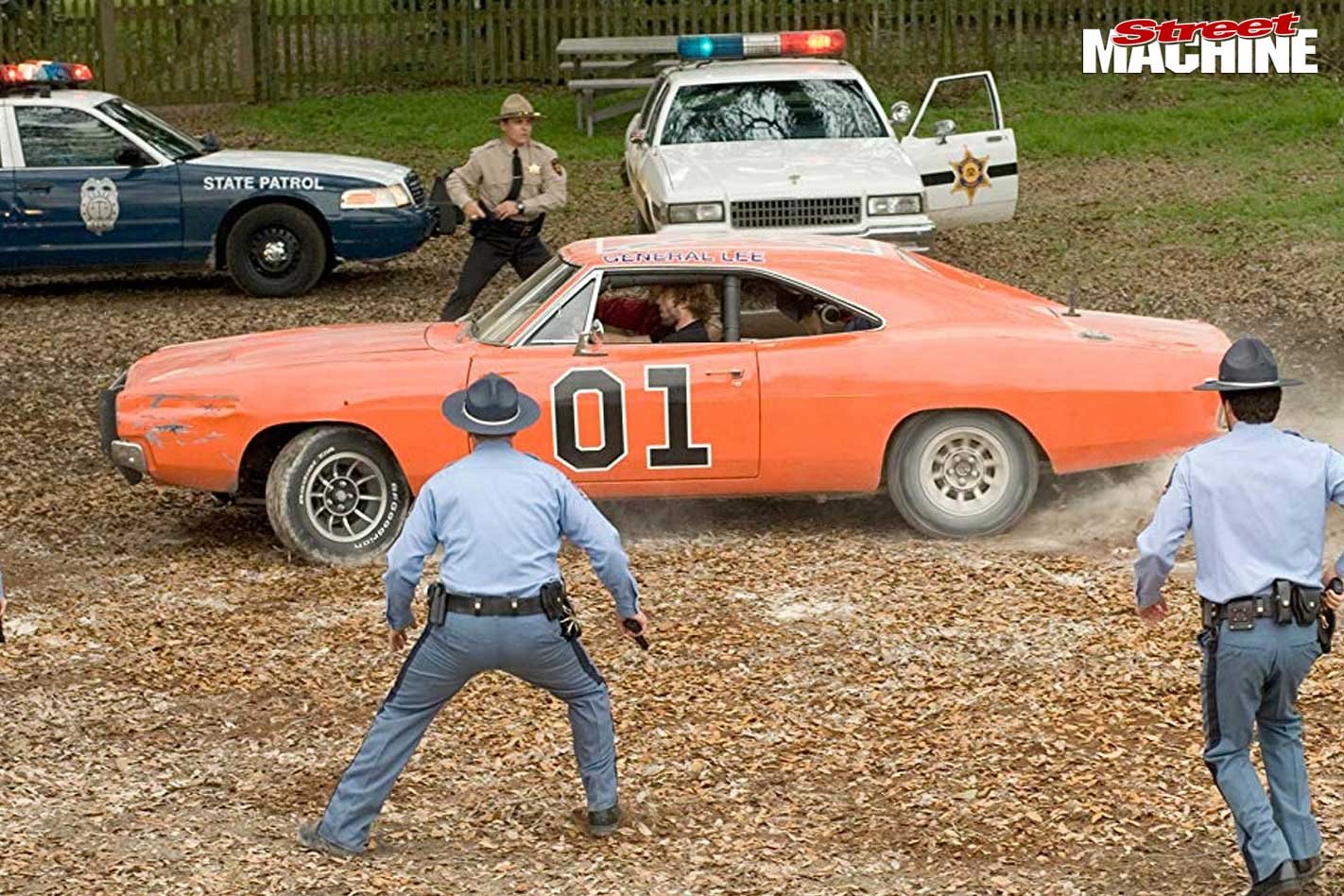 But Boss has bigger plans. The Dukes uncover a number of soil samples that reveal that the Hazzard County earth is mineral-rich and Hogg wants to strip-mine their beloved hometown. 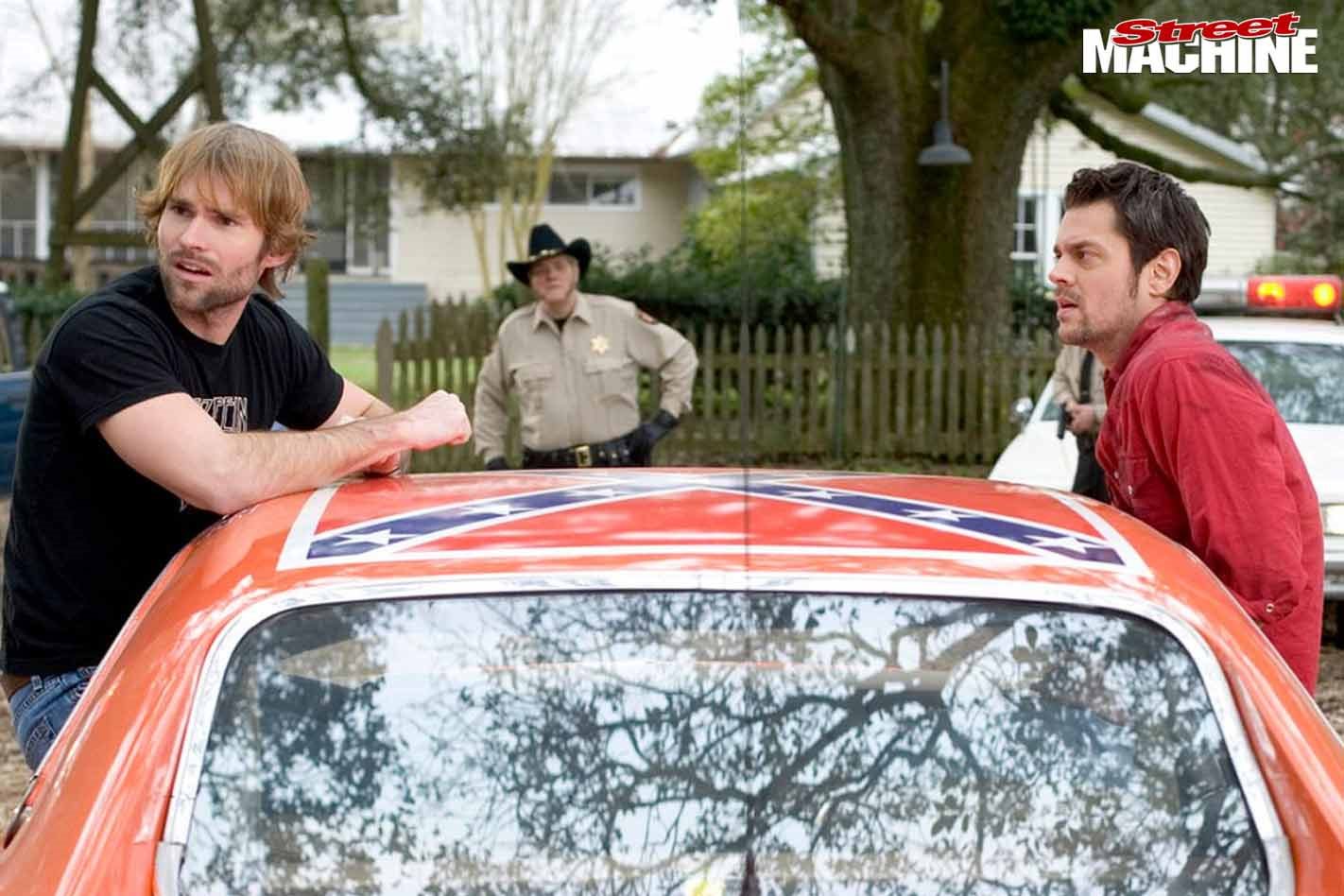 The car action comes thick and fast, and this movie adaptation is a little naughtier than the original series – which works. However, as a Dukes series tragic, for me there were a couple of elements that soured this flick a little: Junior Brown as The Balladeer just didn’t have the depth of voice of the original Waylon Jennings, which softened the impact of this narrative role, while Gainey as Sheriff Rosco needed far less ‘evil’ in his character and more ‘dipstick’.

The original Dukes was a harmless family show that shaped the lives of thousands of Gen-X car fans and made the Dodge Charger one of the world’s most iconic star cars. The film adaptation is fast-paced, fun and full of action, and the production team nicely managed to transfer a then-25-year-old television series to the big screen. It works as a standalone flick too, although throwbacks to some now-shunned elements of the original show (the highway sledging of The General’s rebel roof flag is a classic example) may be lost on younger viewers – a sad reflection of our highly strung modern society. But at the end of the day this movie all about the three Ss: Stunts, Soundtrack and Simpson. 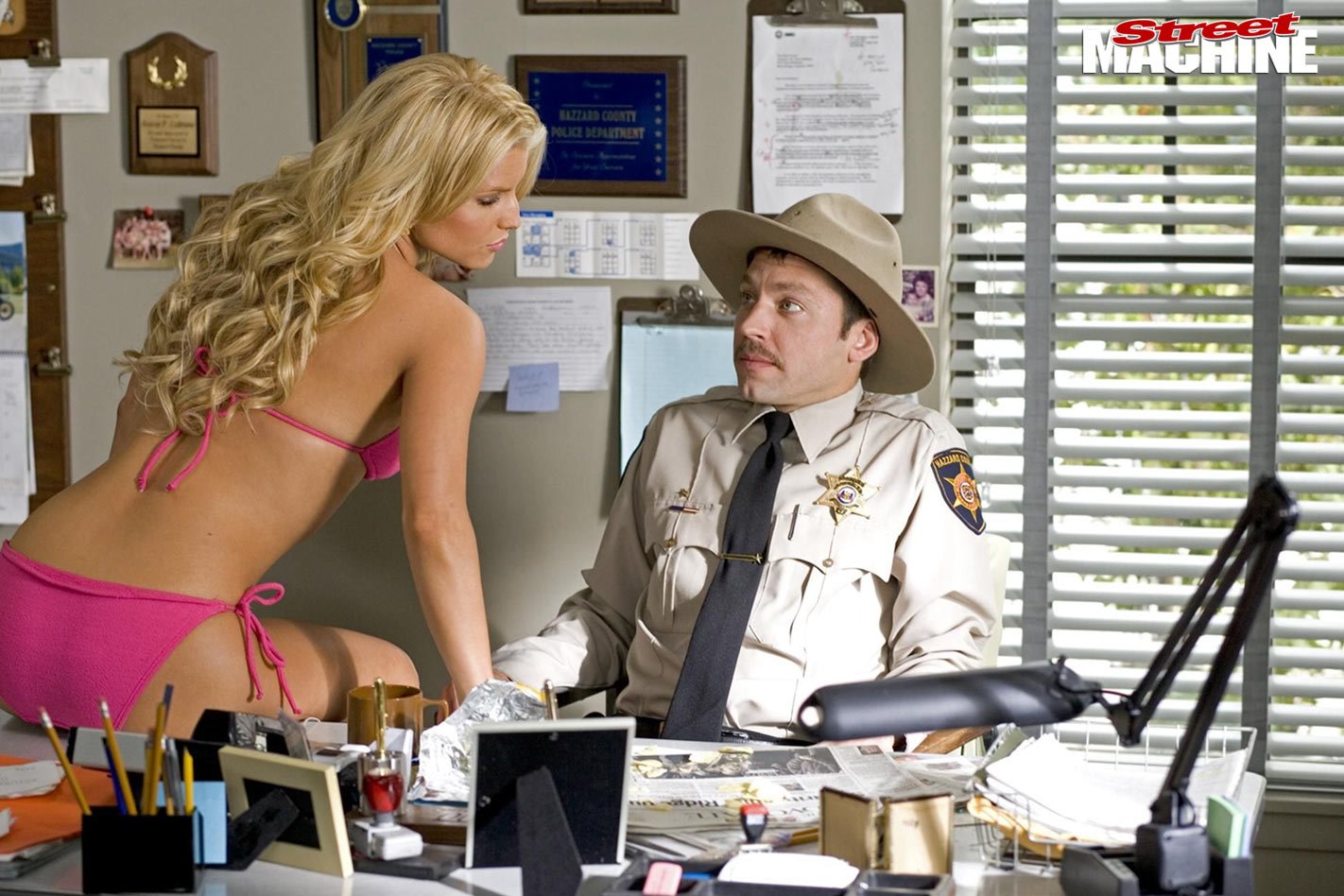 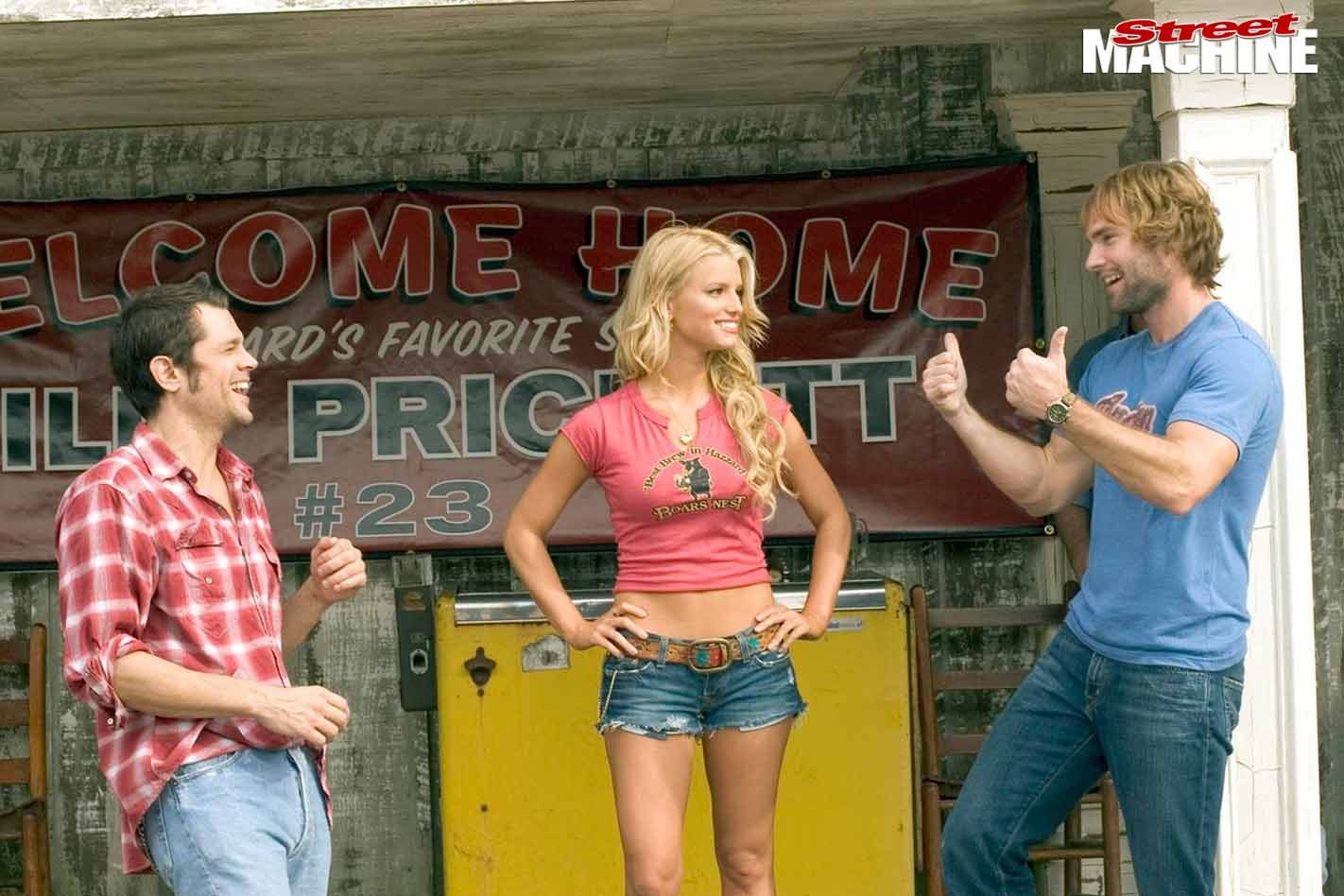 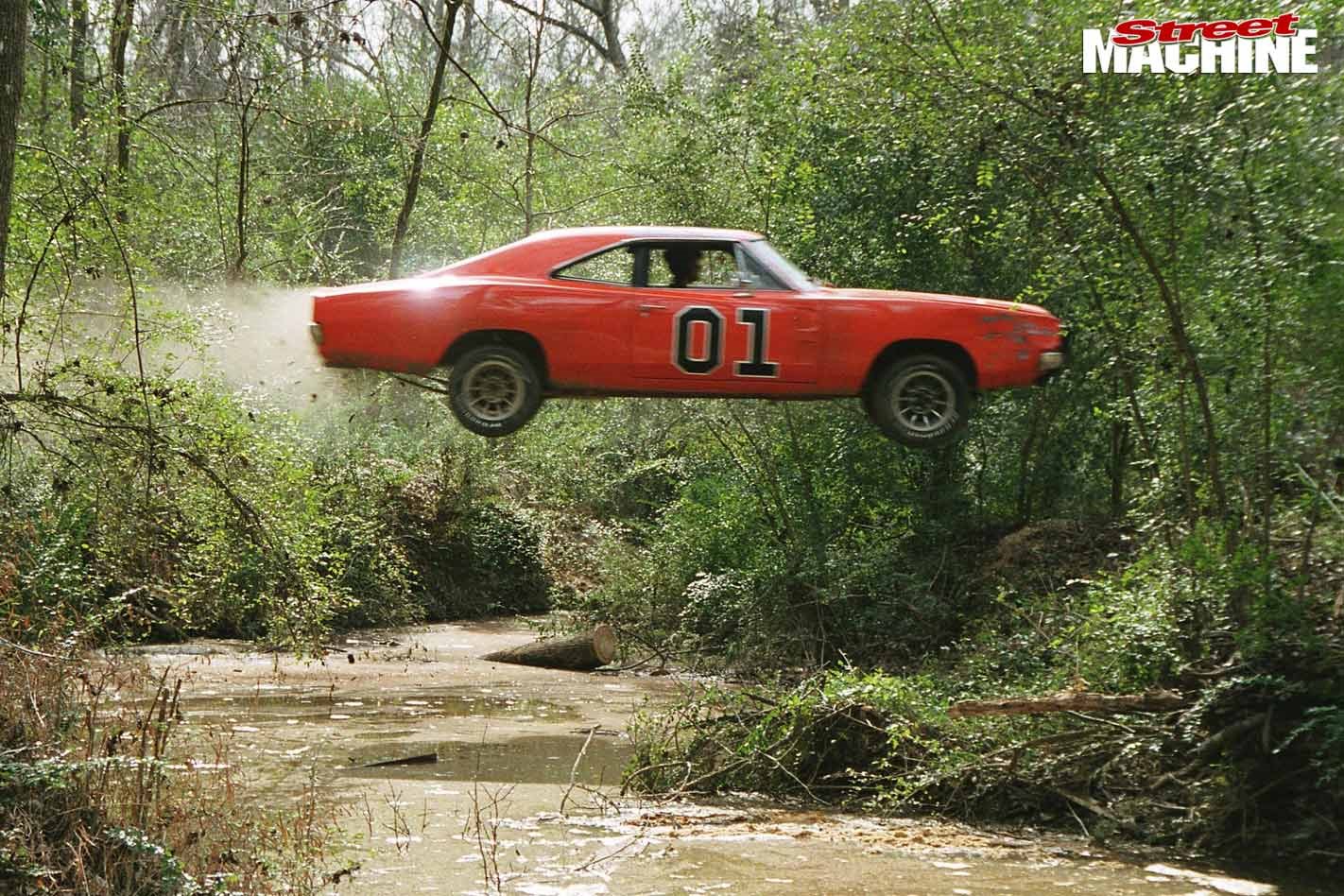 Action: You name it, Dukes has it: jumps, drifting, powerslides, burnouts, car chases and races – and it’s all awesome!

Plot: Two country cousins fight to save their uncle’s farm from being illegally seized, taking on the might of the local crooked commissioner Boss Hogg 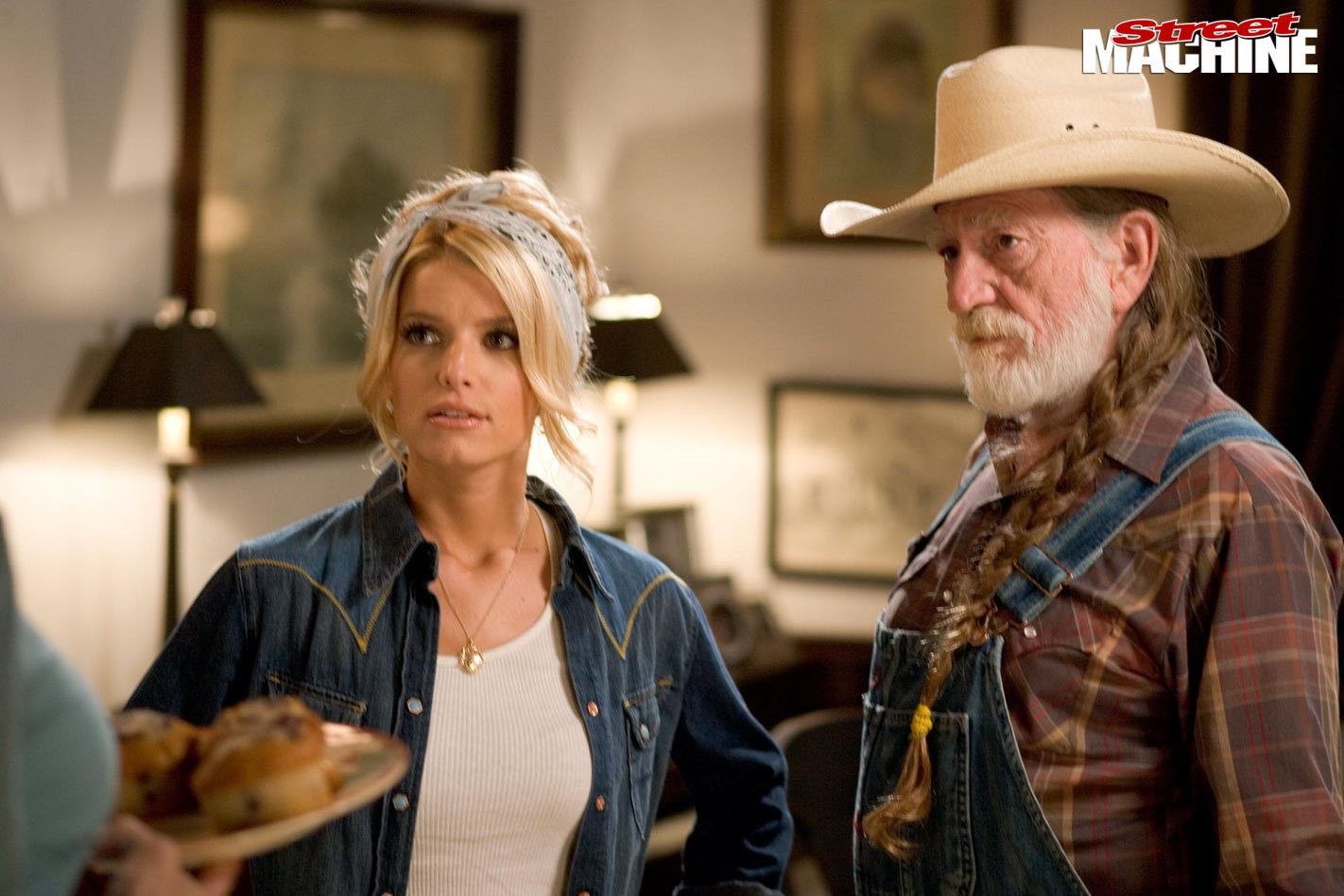 COOL FLICK FACT:
A total of 26 Dodge Chargers were used in the film, including a number of 1968 and 1970 models converted to 1969 appearance 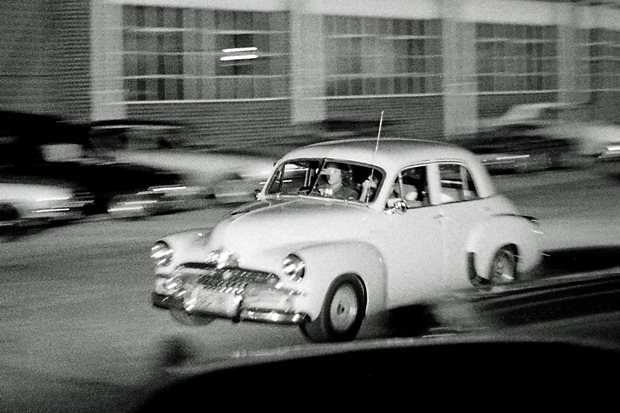 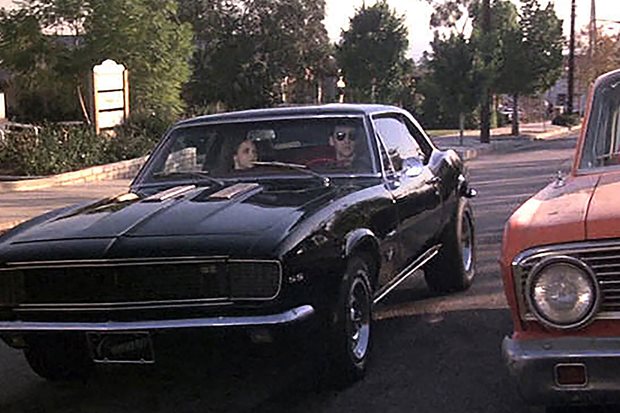 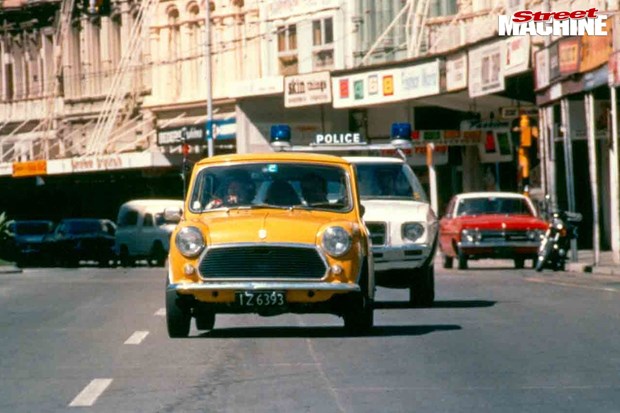