SOME enthusiasts are avid champions of one marque or another, others are happy to cast their nets wider for a broader life experience.

“I’ve never been a one-eyed Ford or Holden man and have built several of both,” Scott MacFadyen said. “So when Marg and I decided to buy a ute, it didn’t matter what brand it was. We just wanted a 60s or 70s old-school daily driver to cart our two dogs around.”

After inspecting countless rust buckets all over Victoria and being close to throwing in the towel, they spied an XT Falcon for sale up near Kyneton. 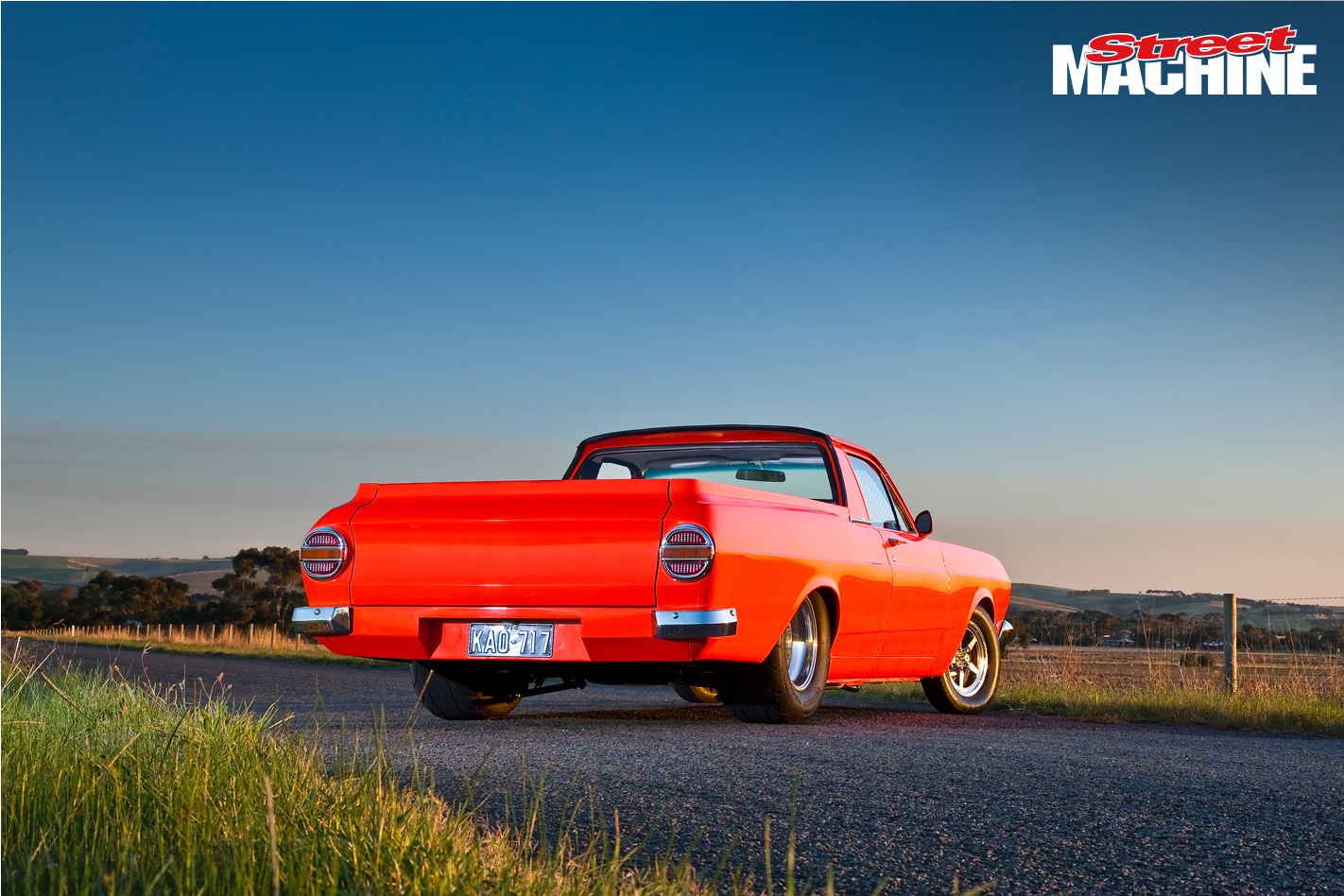 “So I set off on another road trip, thinking I was wasting my time again, and there it was!” Scott said. “While not a show car, it presented well, had a 302 Windsor, top loader, nine-inch and big chrome 12-slotters. Being a young fella, I thought it was the best thing I’d ever seen.”

That was 16 years ago. The dogs are gone, replaced by three children, but Scott’s still got the ute.

The XT served as a faithful servant for 18 months before the Windsor slipped a gudgeon pin. Scott took this as a chance to freshen up the paint, engine bay and interior trim, and convert the trans to a C4 auto. With a new set of Welds filling the guards, Scott headed off to Canberra in January 2000 for what became a life-changing experience.

“It was the first time I’d taken a car to Summernats, The ute was a Top 60 Street finalist and I was hooked,” Scott said. “A week later I pulled the entire car down, every nut and bolt.” 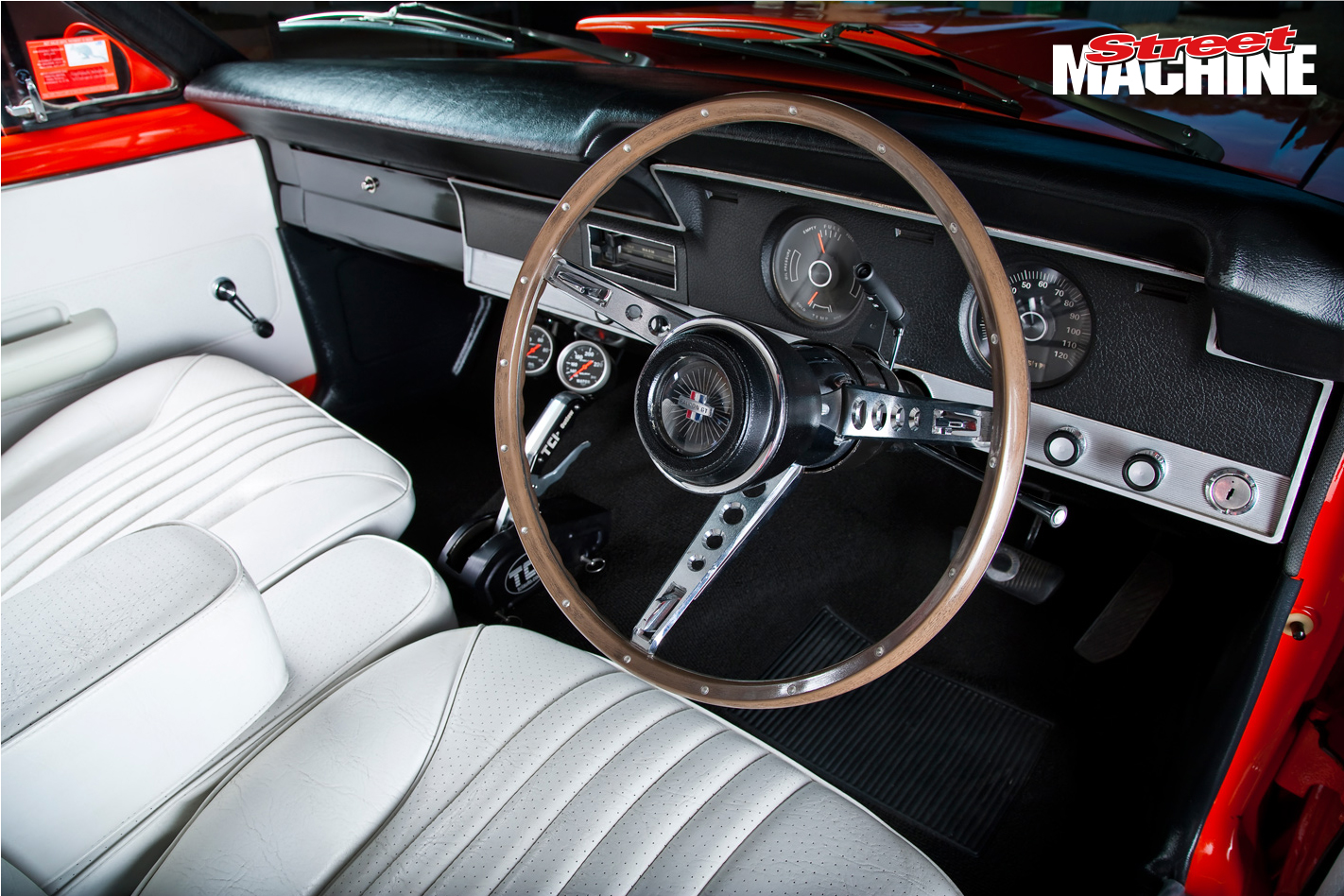 The body was in good condition for its age and was shipped to Keith Bakker Panels for chassis mods, wheel tubs and engine bay sheet metal. Keith also had a new tub floor pressed to factory specs, removed the spare wheel well and modified the numberplate panel. The interior was retrimmed, all brightwork restored and the primered body was stored safely back in the shed. Then the project hit an unexpected brick wall.

“My dad and I bought a two-door LJ Torana,” Scott said. “I’d always wanted to put a V8 into an LJ and lost interest in the ute. It was literally buried in the corner for years while we built the LJ and some other tough cars, including an LC XU1, an HQ, an HJ Sandman, a ZD Fairlane, another XT ute and my LX hatchback (SM, May 2011), which I still own. 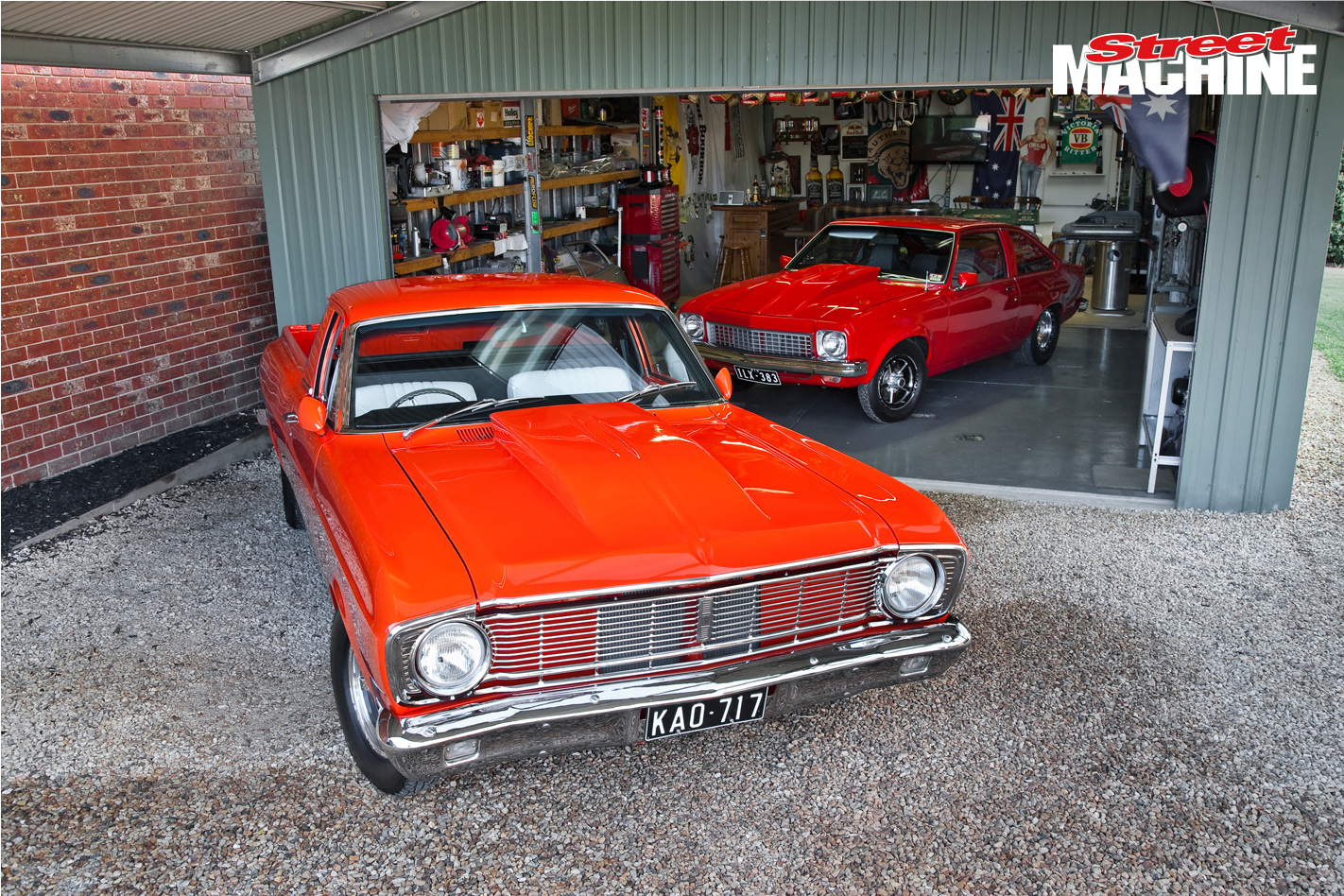 “I knew I’d eventually get back to the ute, but only when I didn’t have any other cars on the go. That time came in early 2011 when I woke up one morning and decided that was it. I was back into it.”

Scott bought tough Weld AlumaStars and measured up a diff to fit them, but the long layoff soon presented other problems.

“The problem with leaving a car so long, and this being my first major build, [is that] I’d lost half the stuff on the ute. So I bought a rusty XT ute as a parts donor. I’ve since learnt ‘bagging and tagging’ all parts is the only way to go.”

Scott got stuck into the body and detailed the suspension while his dad Allen detailed then painted the engine bay and floor. “My mates reckon I’m hard on the old man, but I owe him a lot for how the ute turned out. The hours he spent smoothing the engine bay, the tub and the bonnet were crazy. His fingers will never be the same!”

The balance of body preparation was done by Mark Drew, before Matt Petrovics laid on a fresh coat of Vermillion Fire at Werribee Panels. Mark was also responsible for the engine. 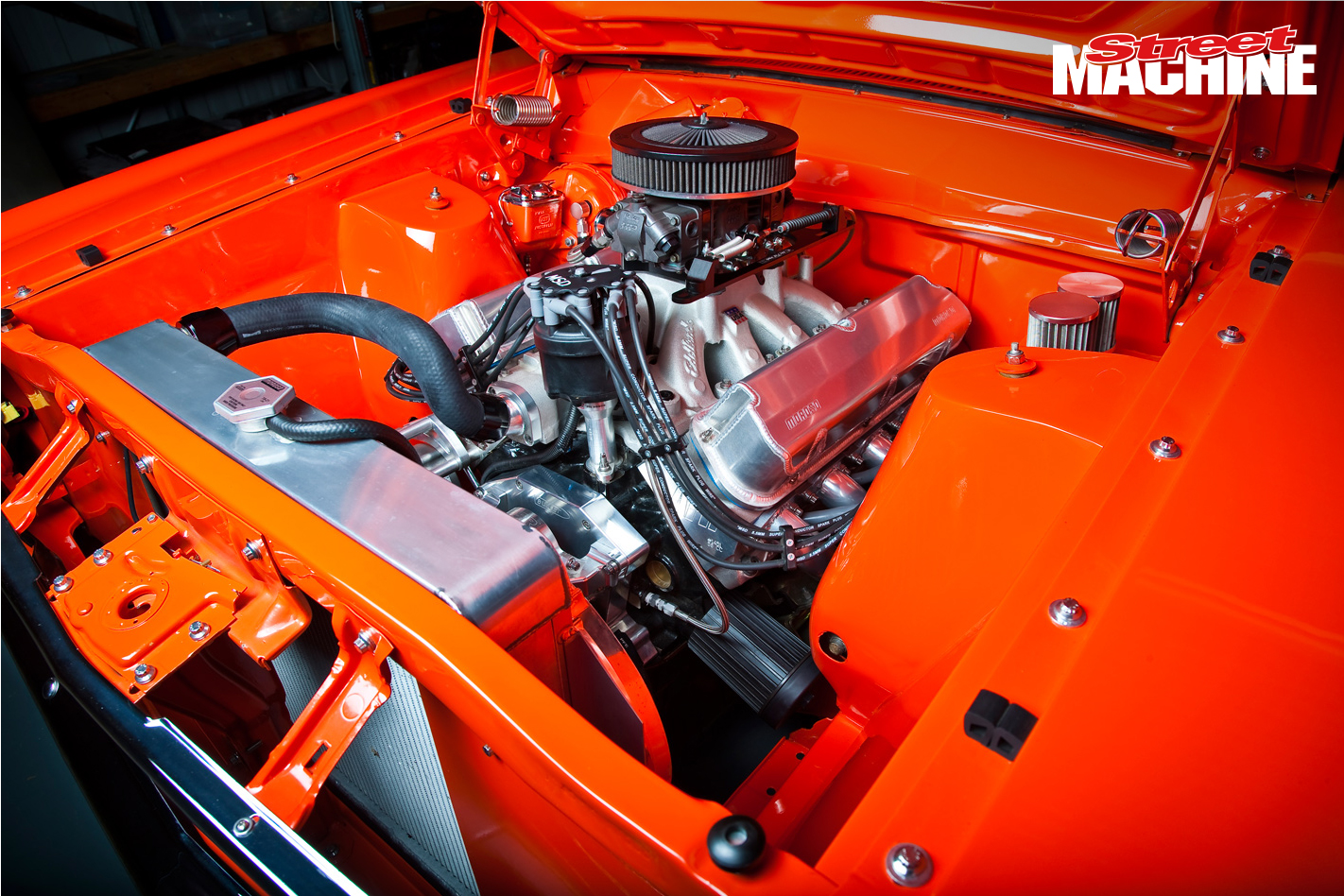 “I had a 351W built for the ute 10 years prior, but with Mark in my ear it was never gonna cut the mustard.”

“We could have made more power with Cleveland heads but I wanted to keep it all Windsor based,” Scott said. 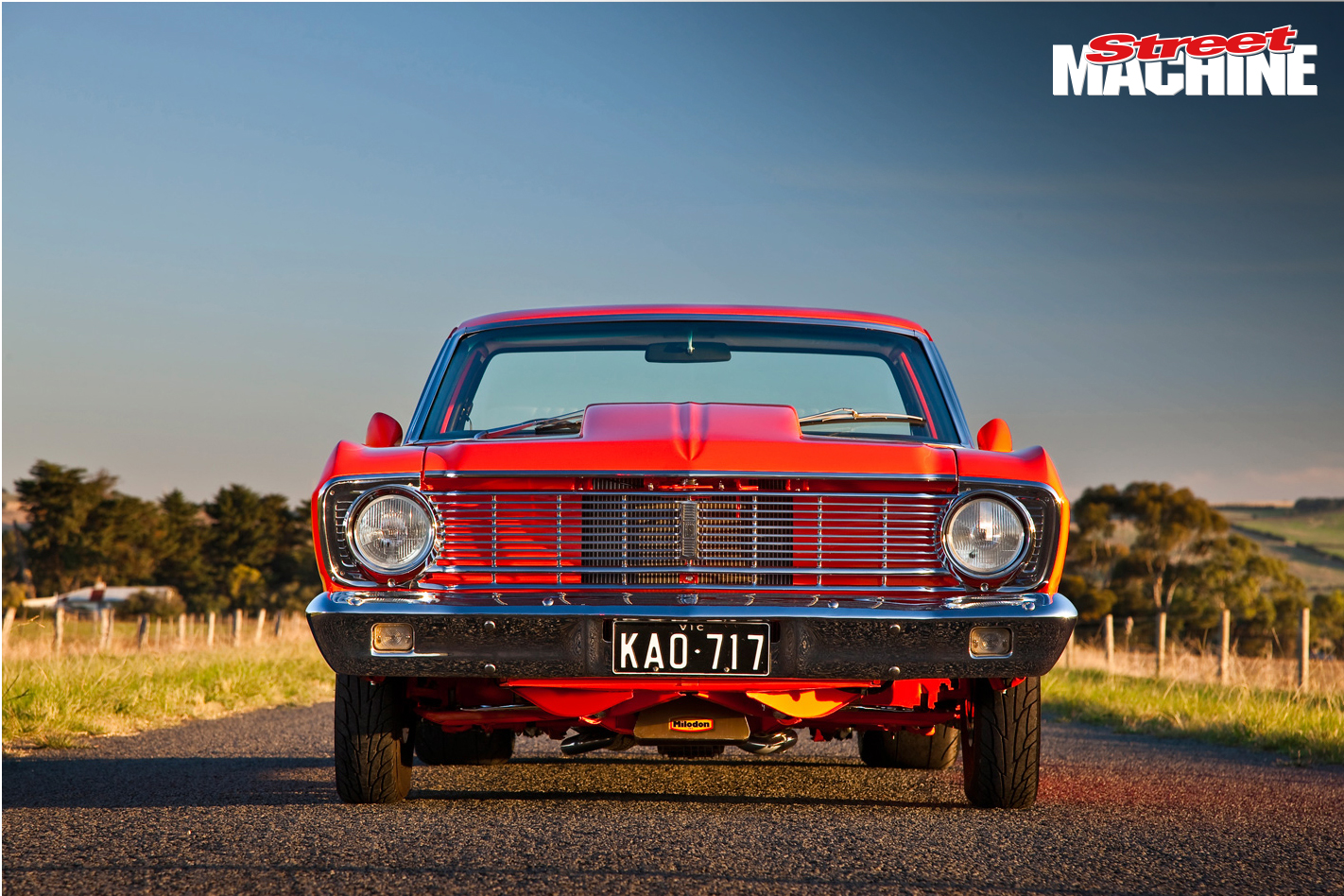 The transmission is a three-speed C10 by Matt Desiprit with an eight-inch 5000rpm Dominator converter. Third member is a full-spool sheet metal nine-inch by Geelong Diffs.

“After countless hours assembling with all hands on deck, the ute was finally ready for the first drive,” Scott said. “After all those year in the shed, it was unbelievable. It drives fantastic and turns the wheels at will. I drove it to Calder and it went 11 seconds at 124mph in 100 per cent street-driven trim.”

Scott has since run a 10.80 second quarter in his XT Ute and the car is still in full street trim. 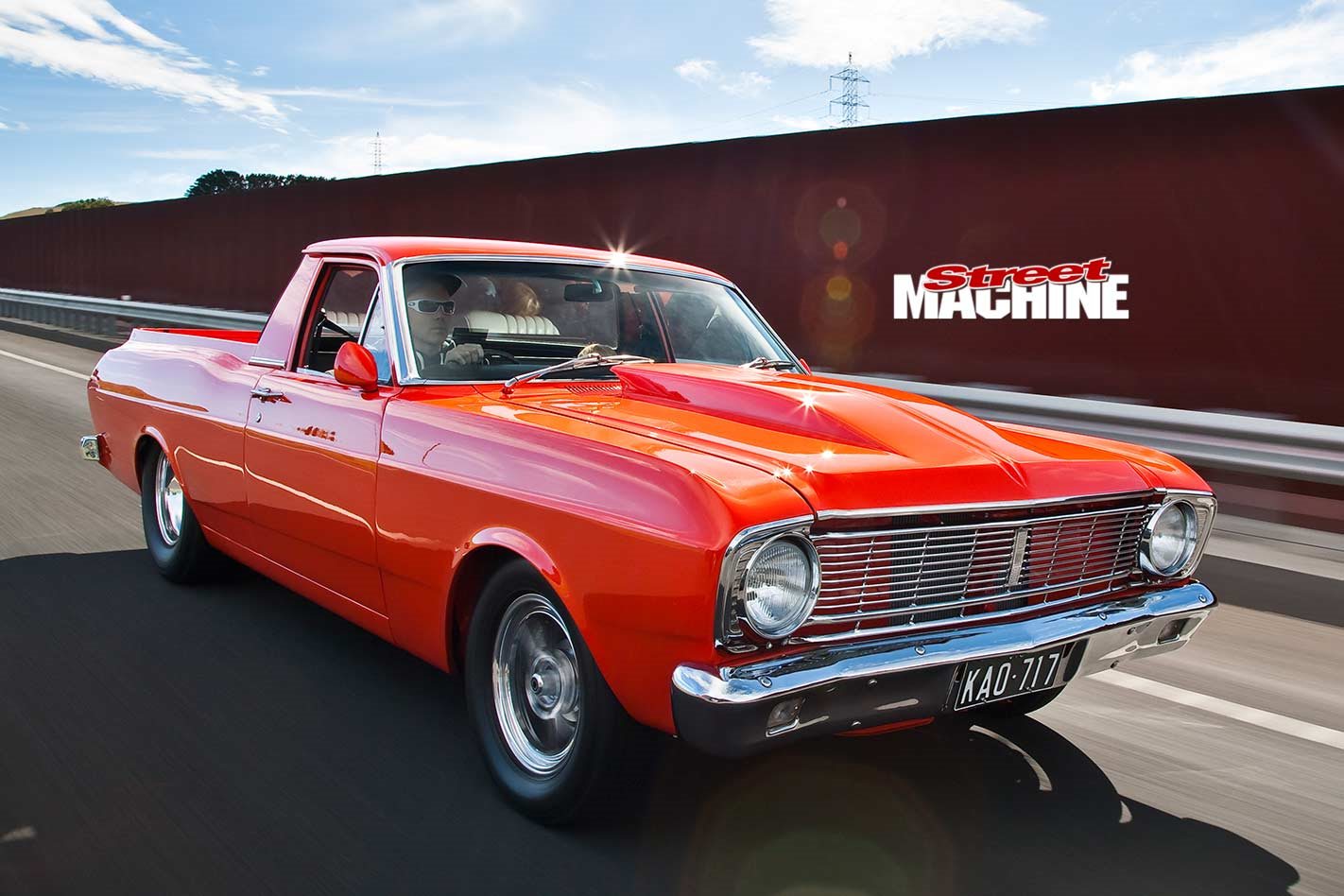 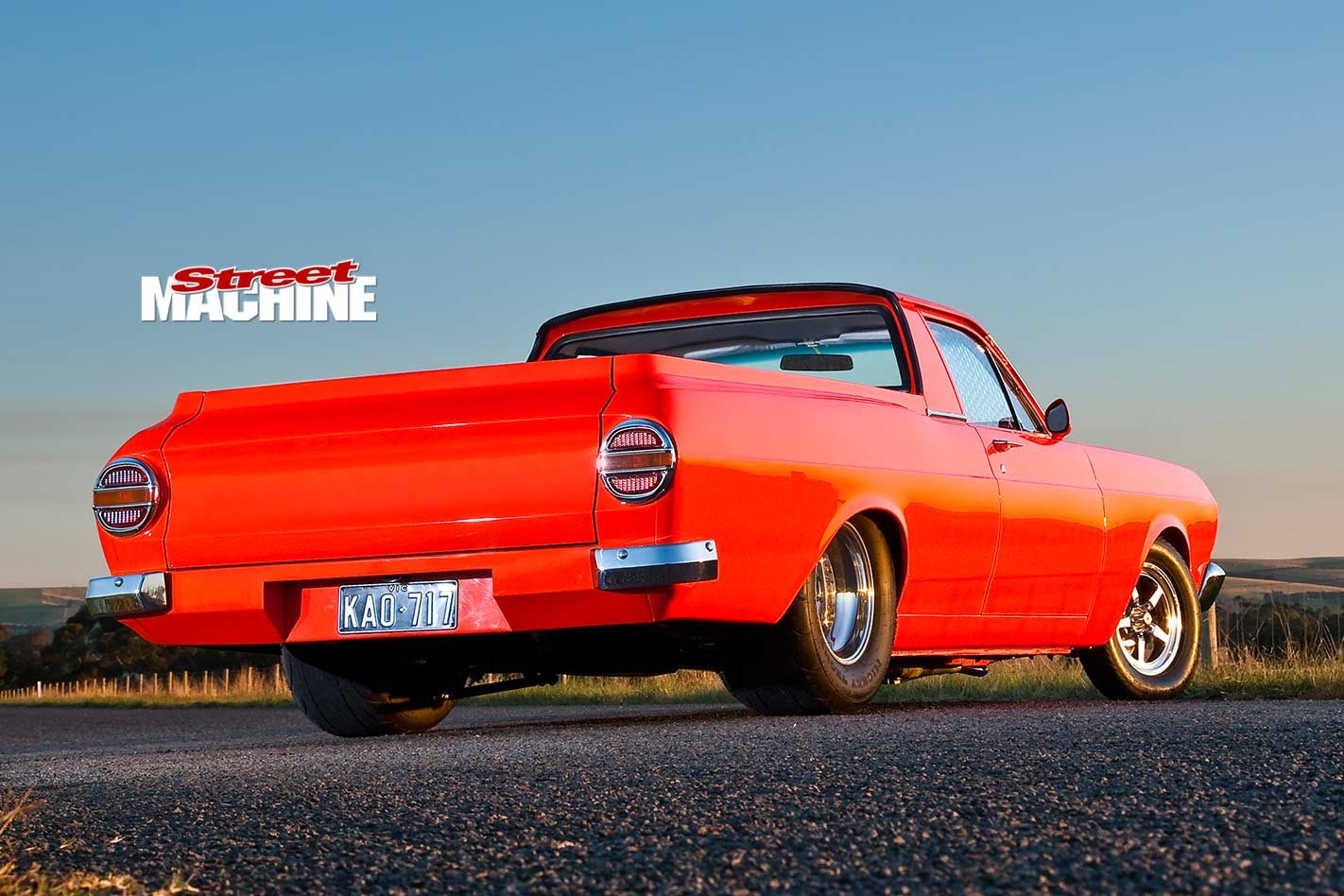 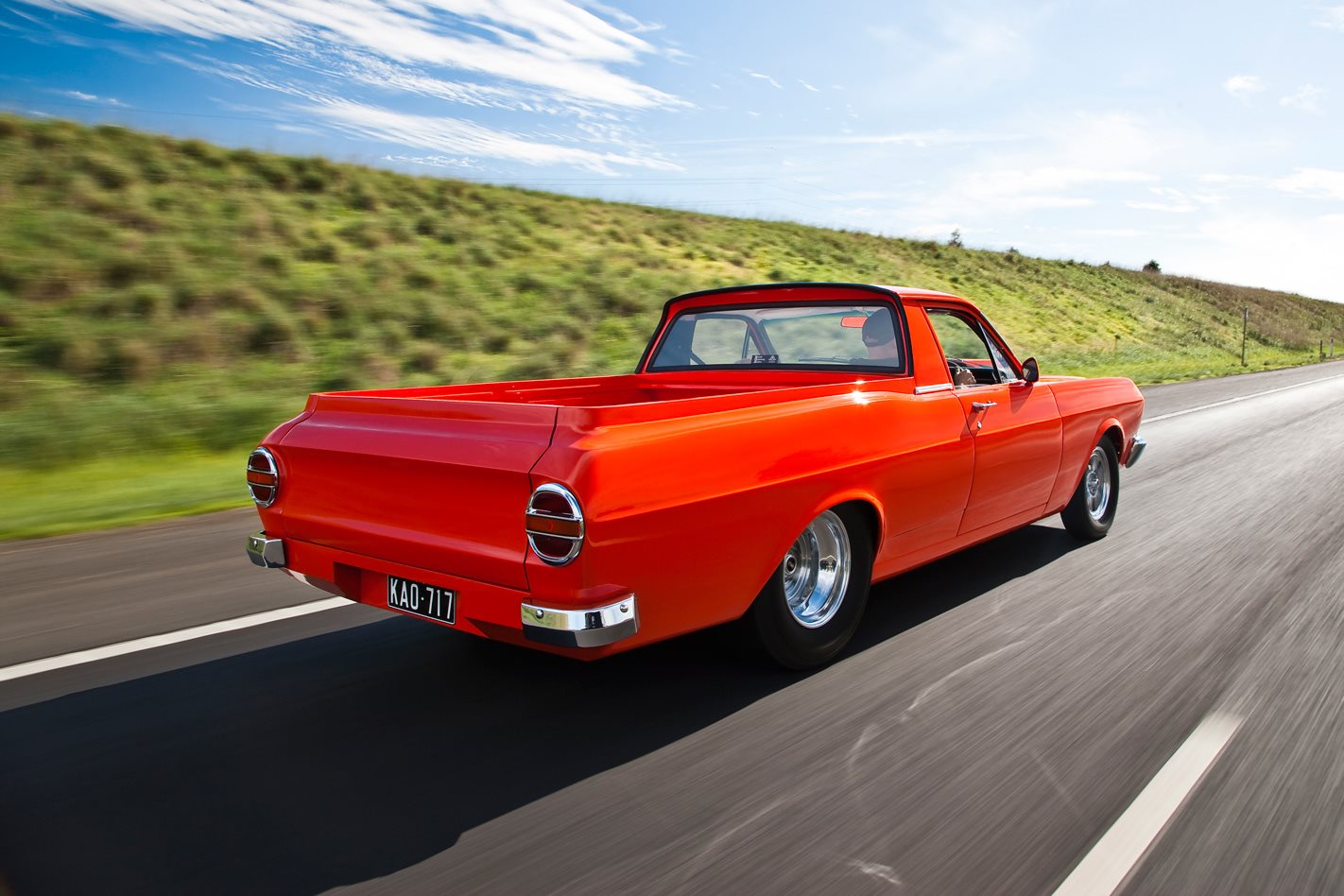 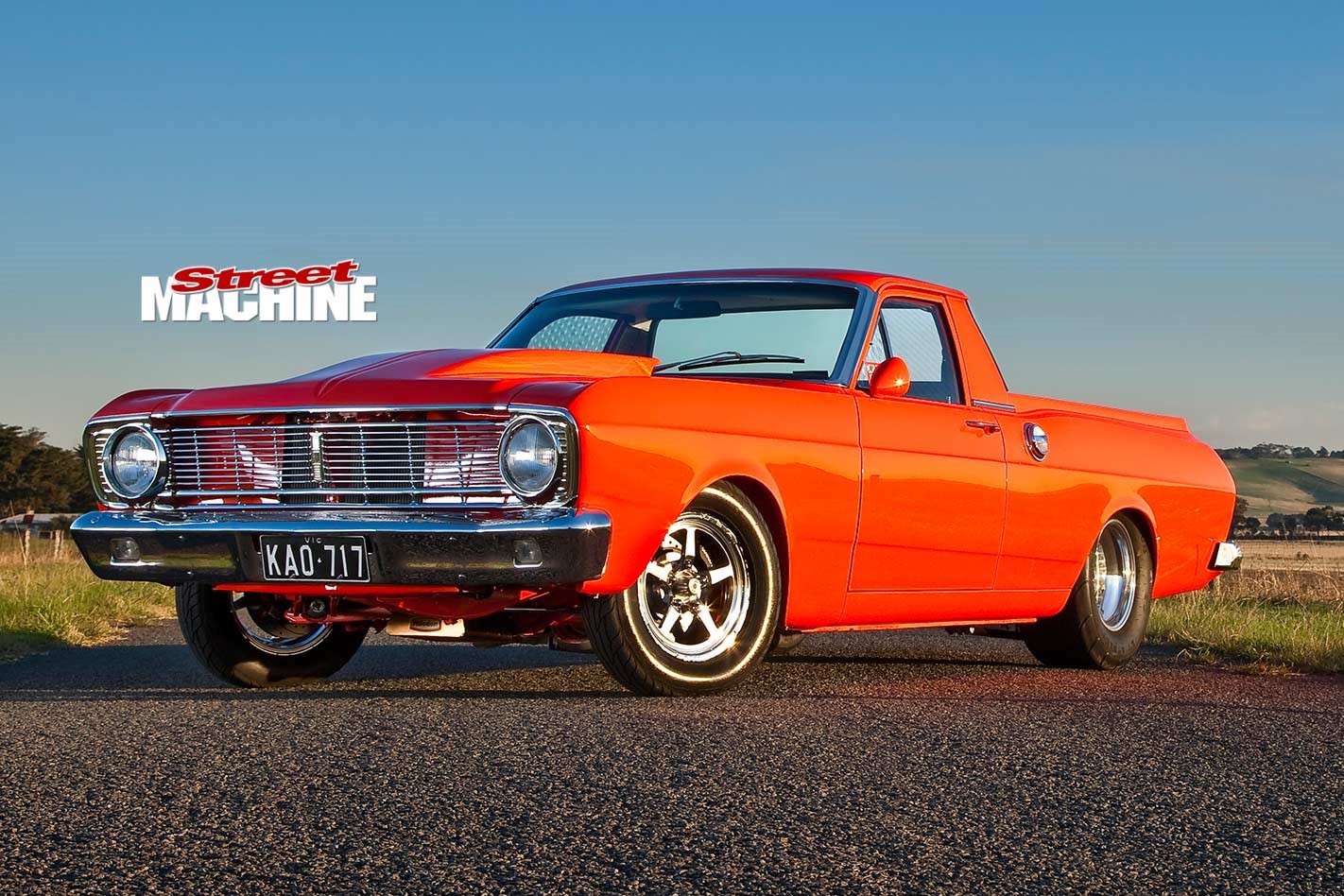 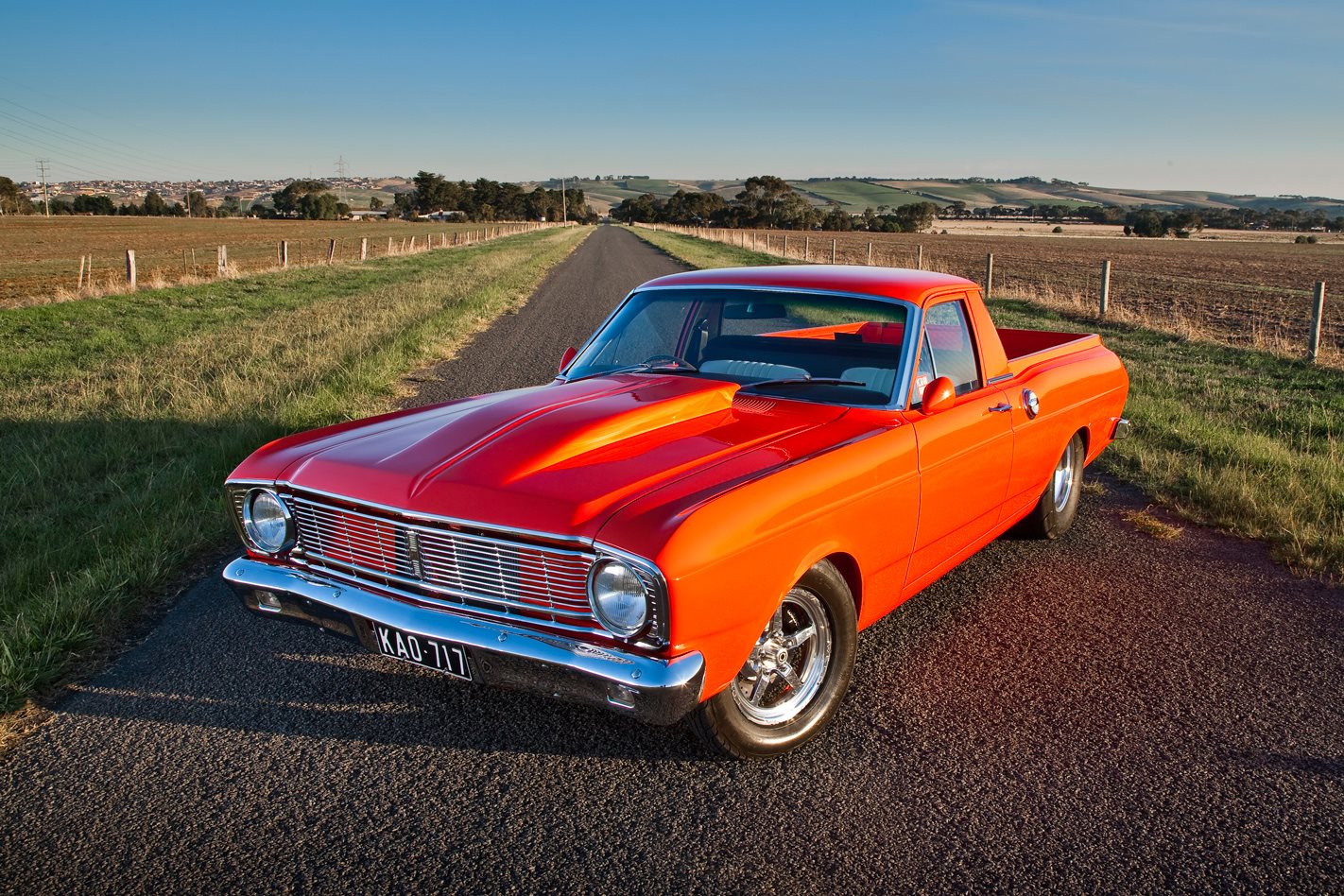 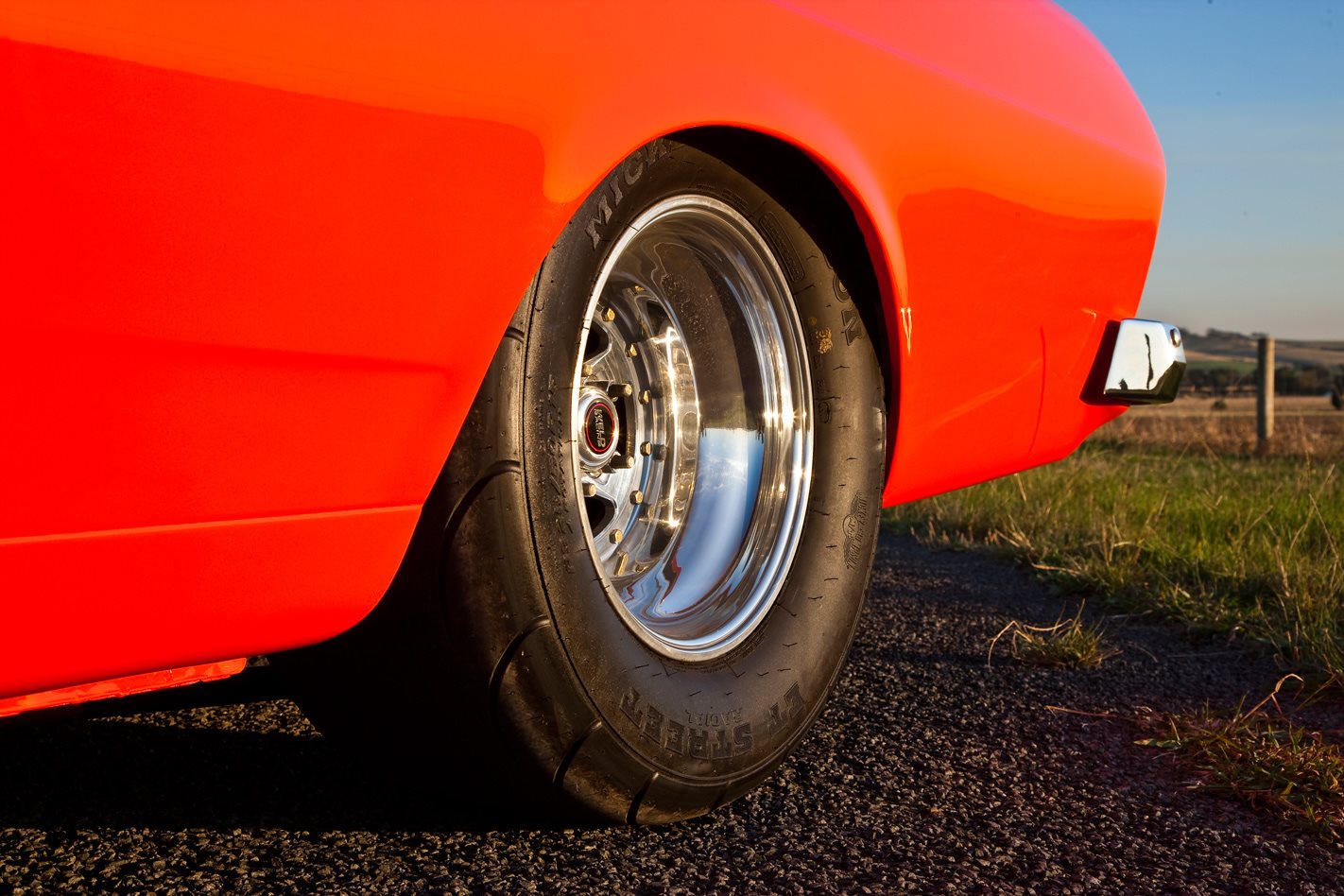 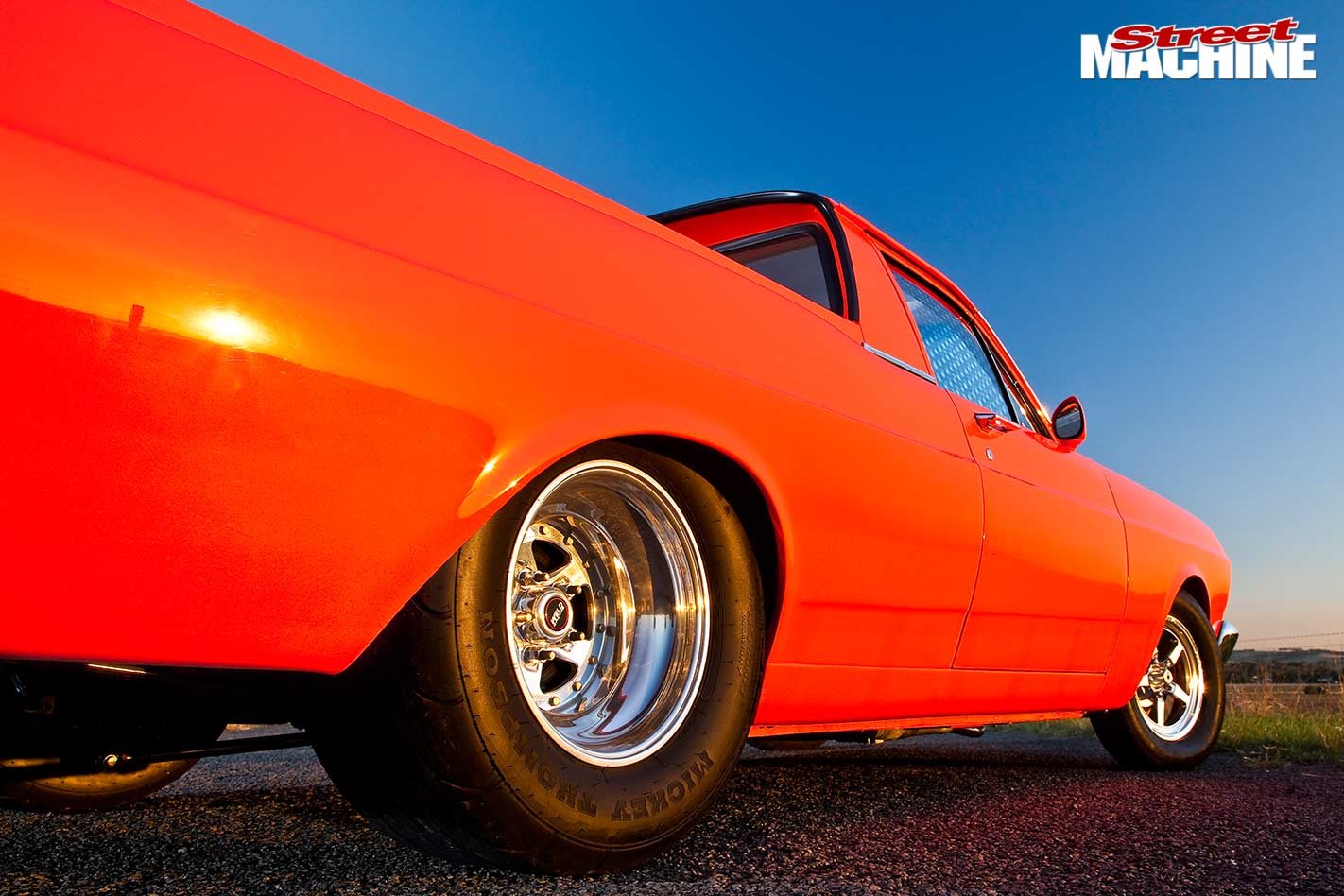 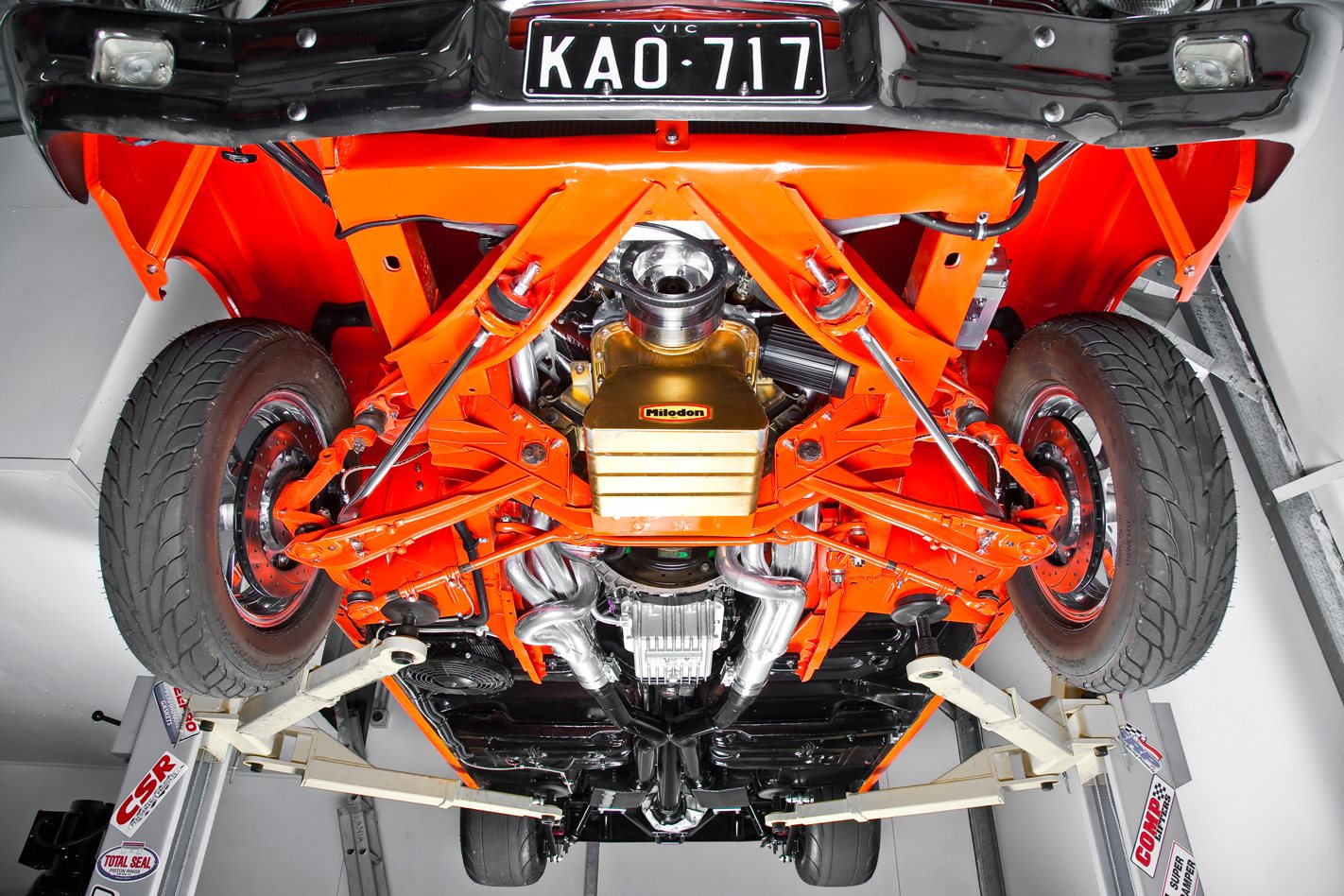 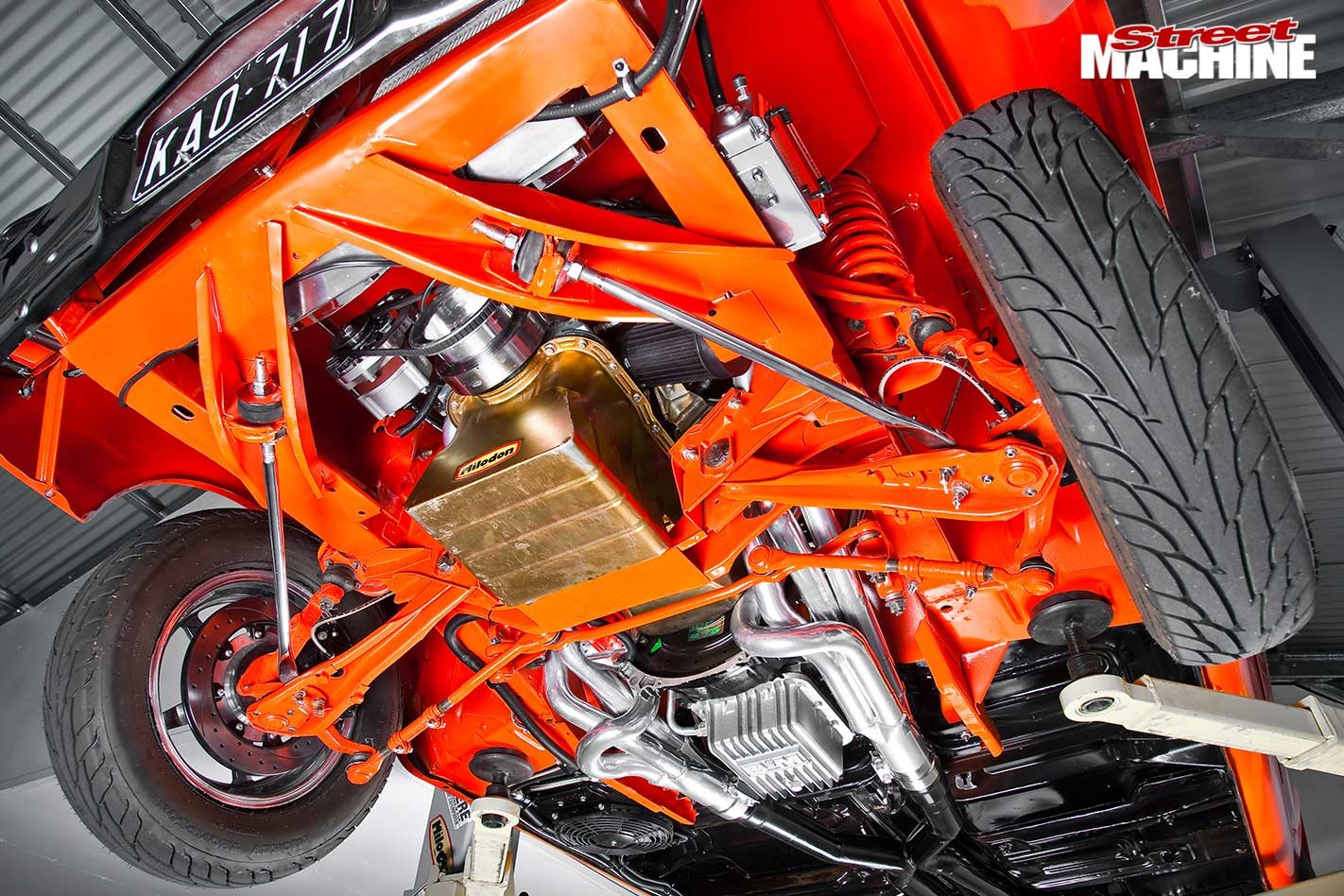 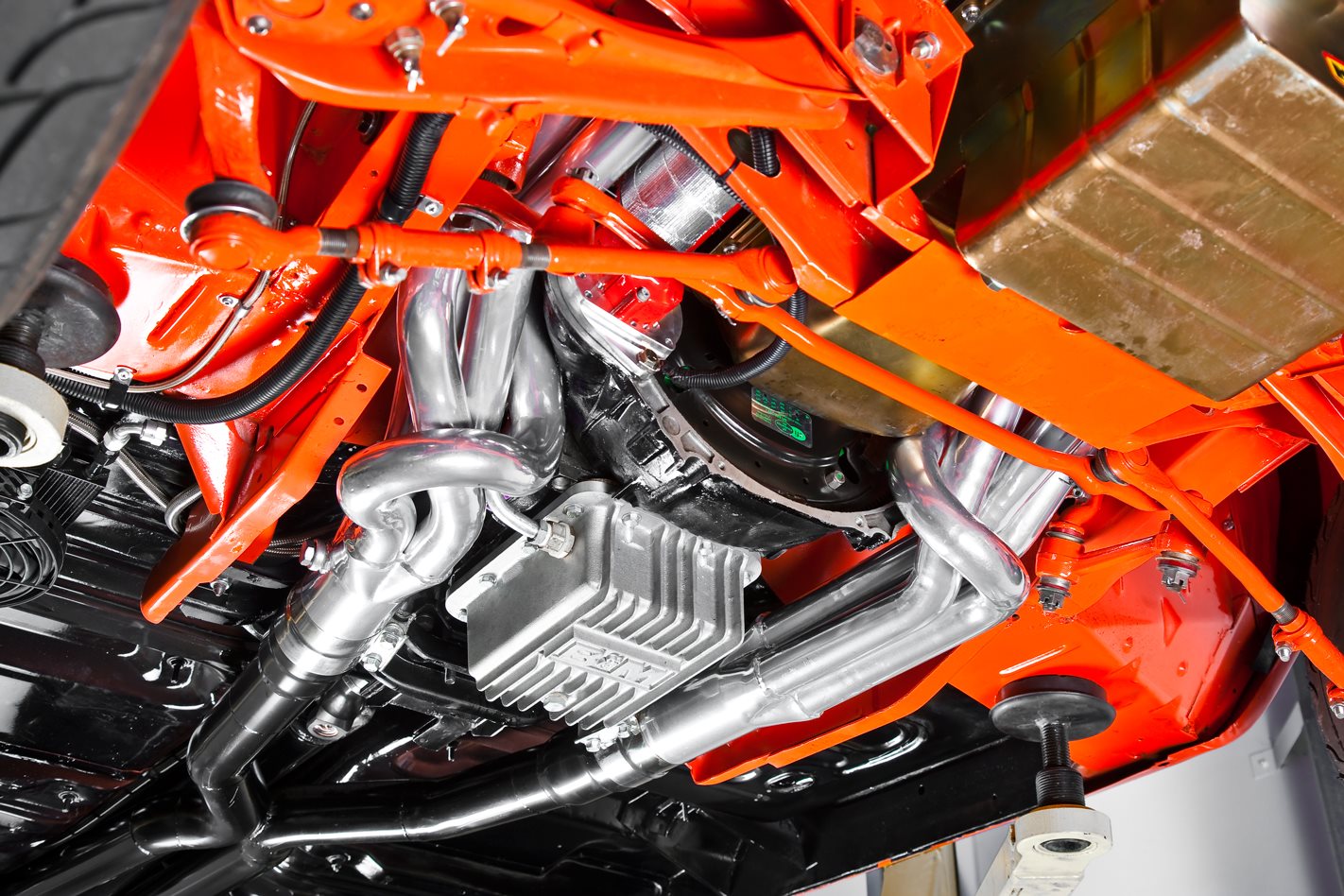 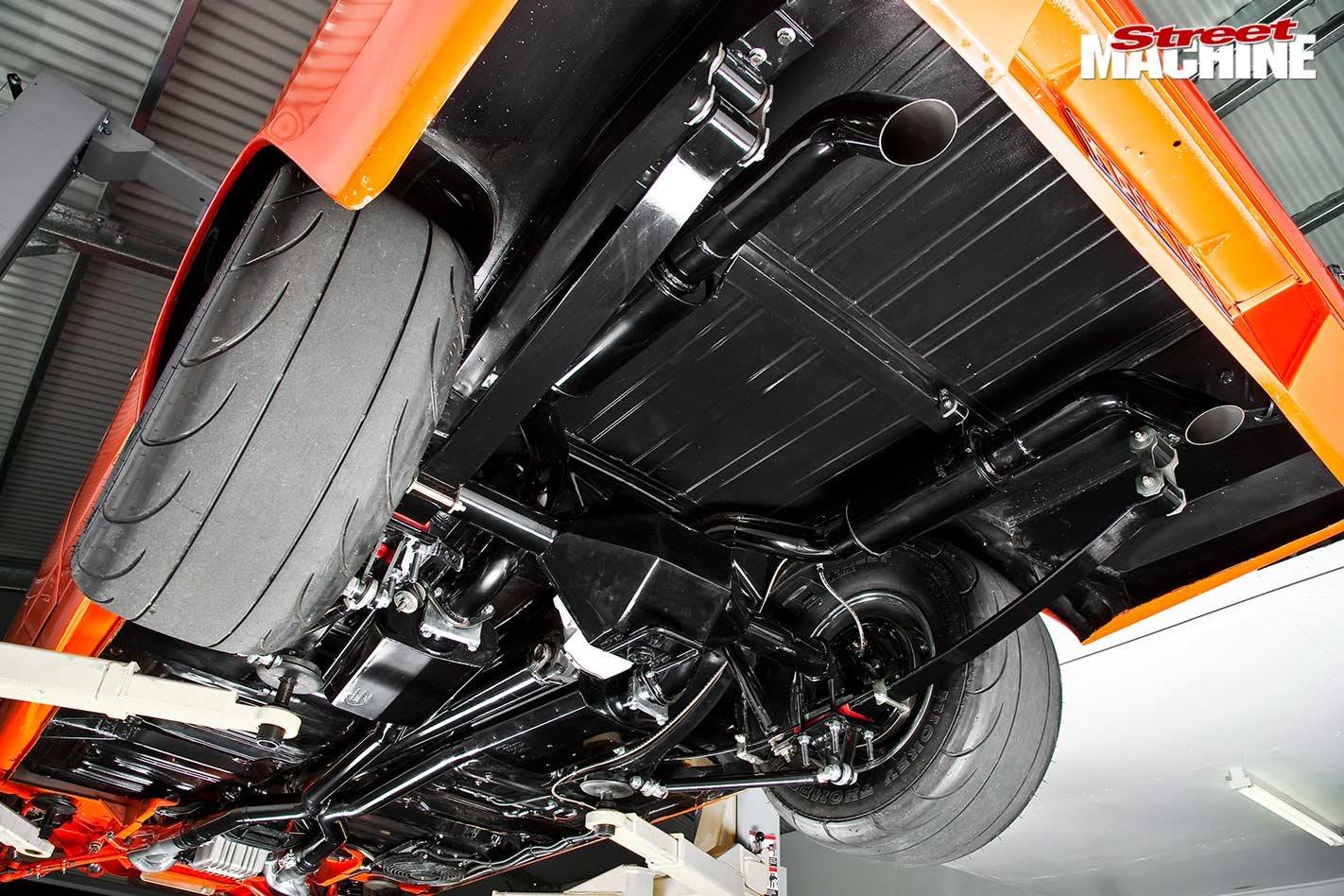 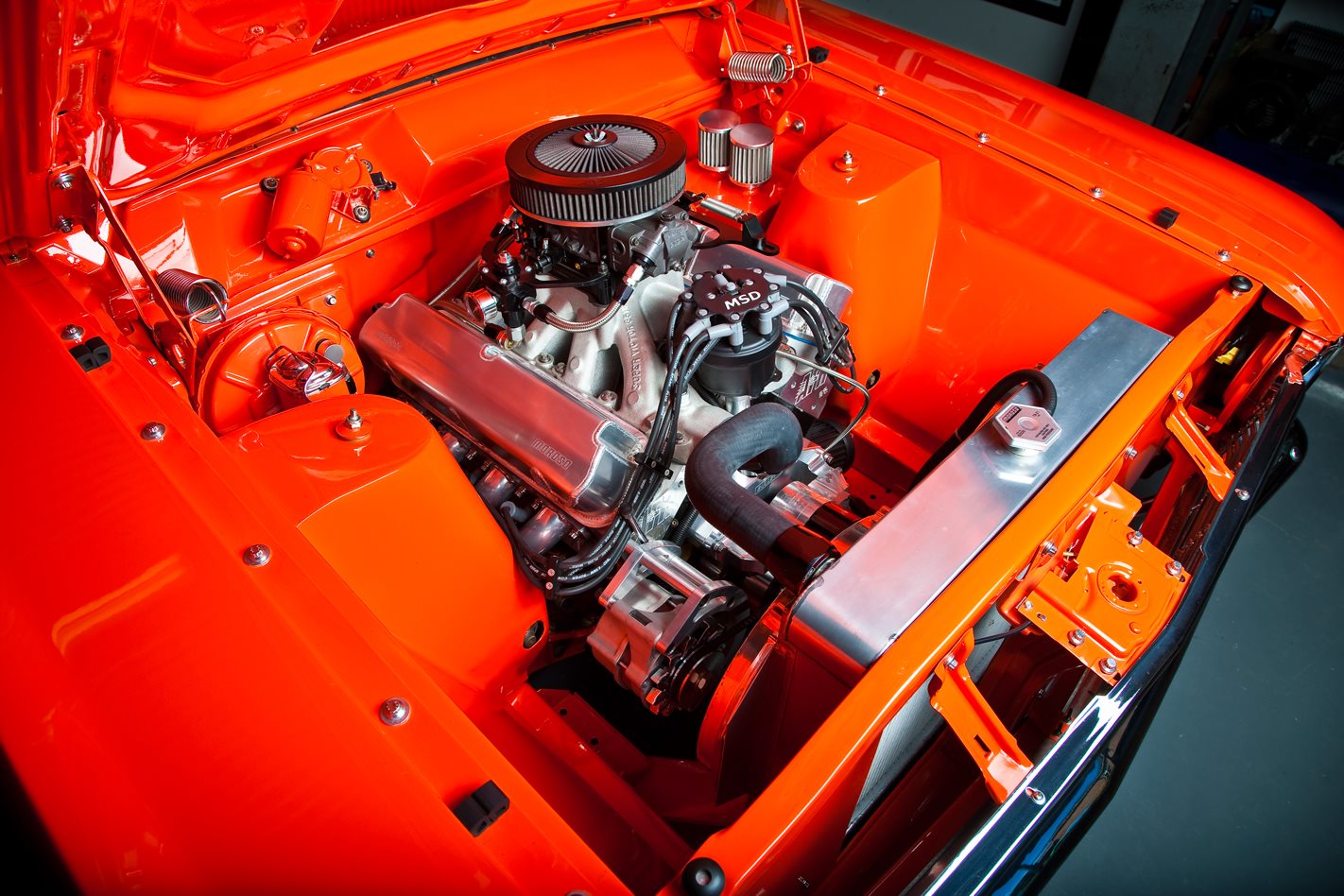 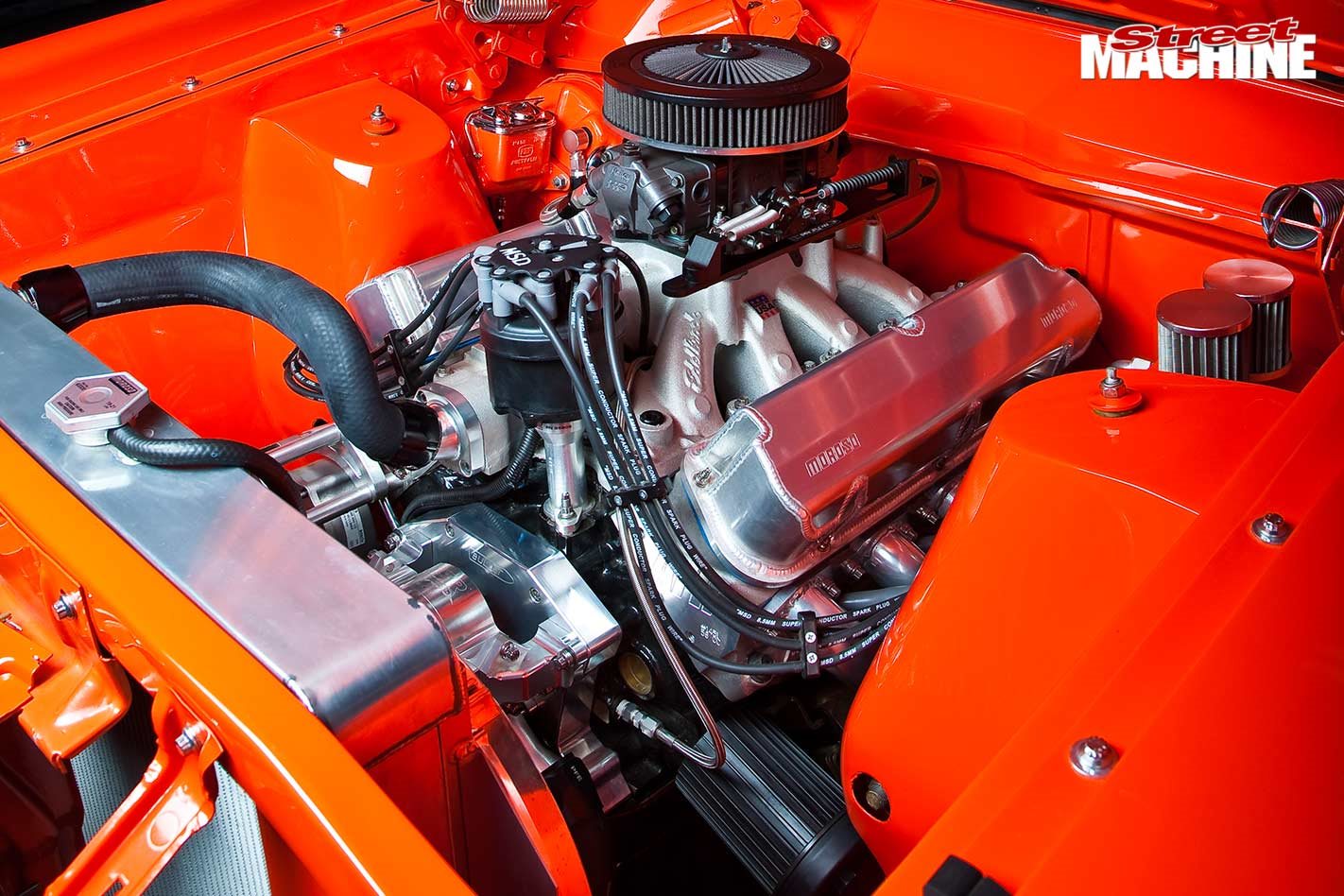 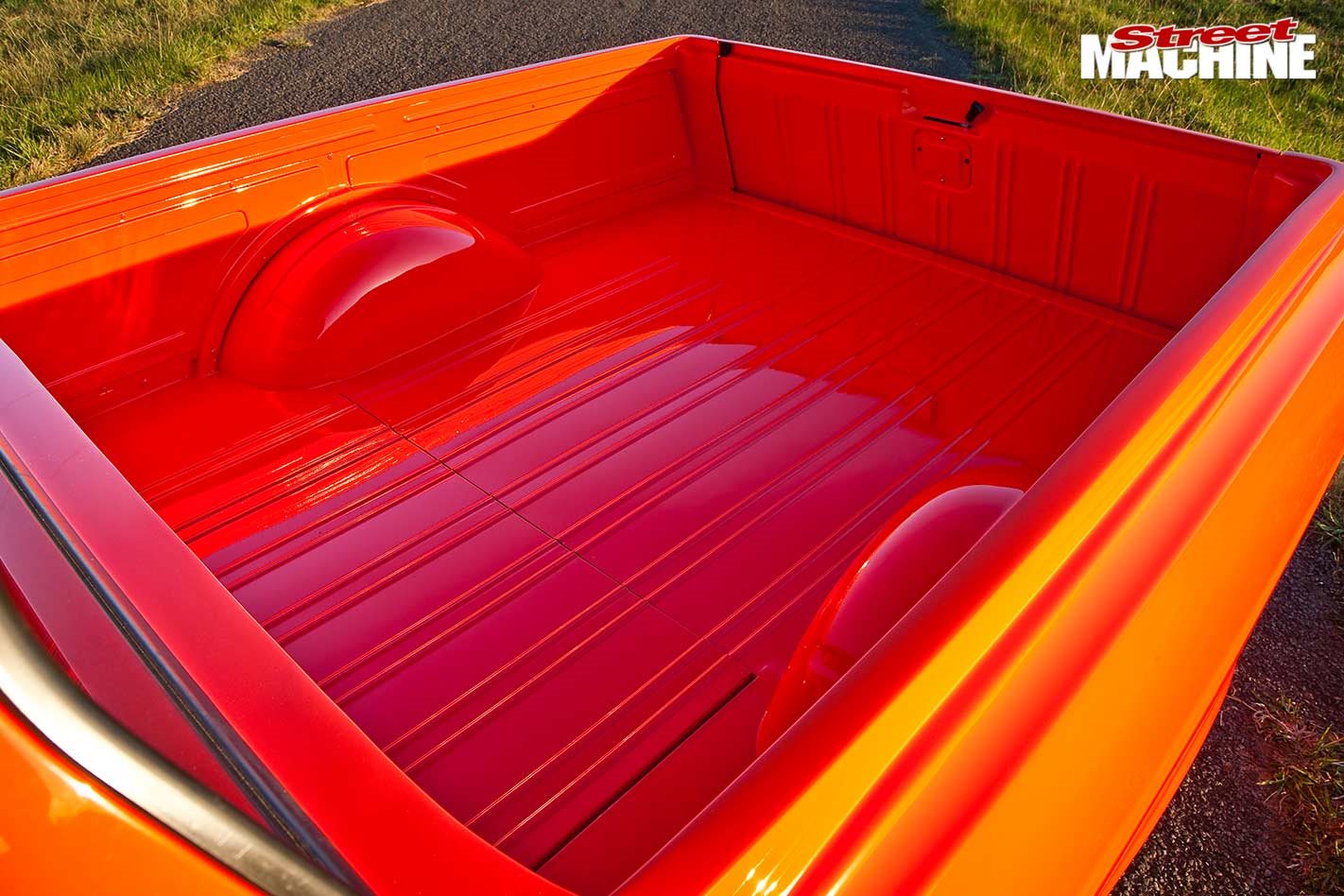 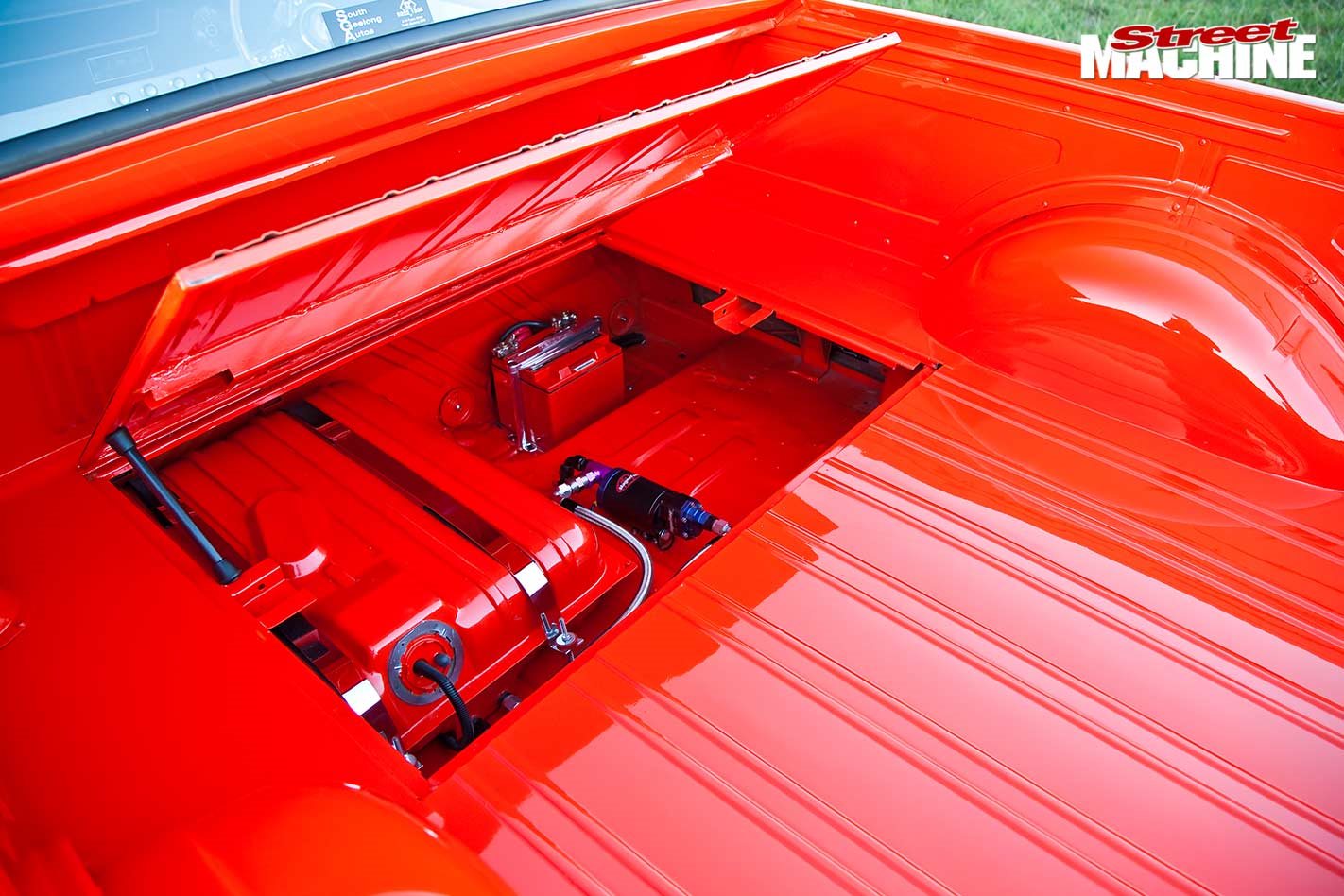 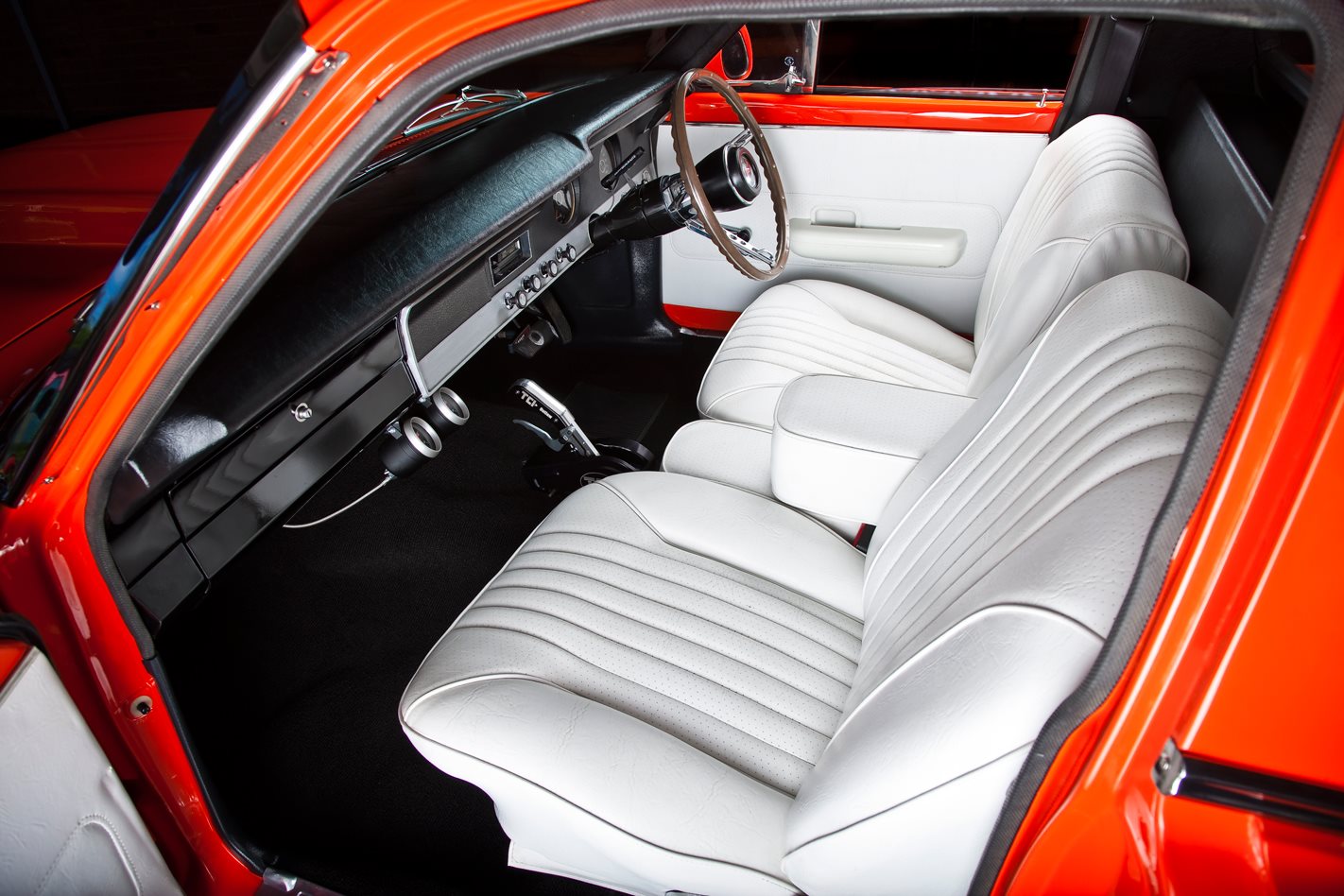 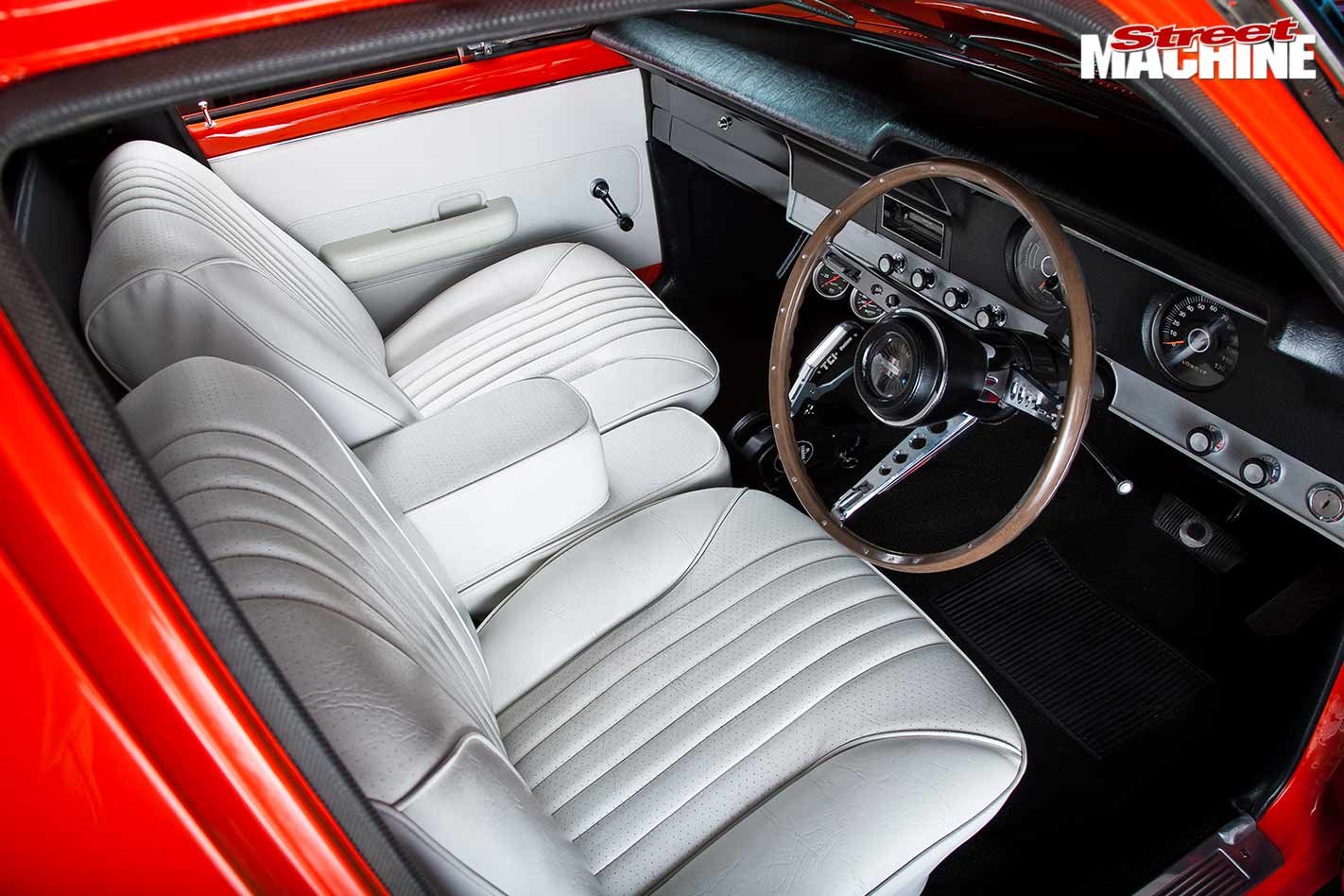 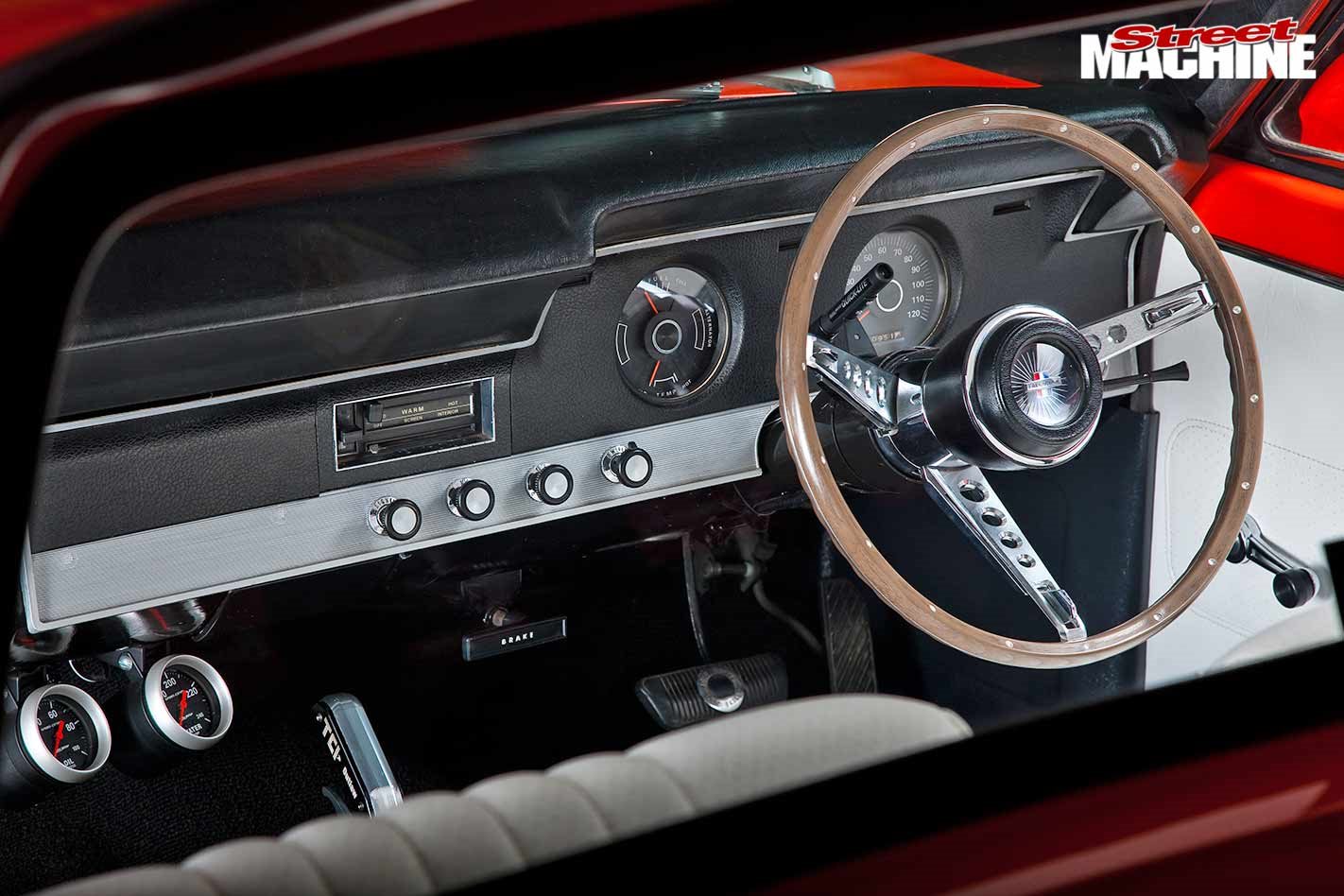 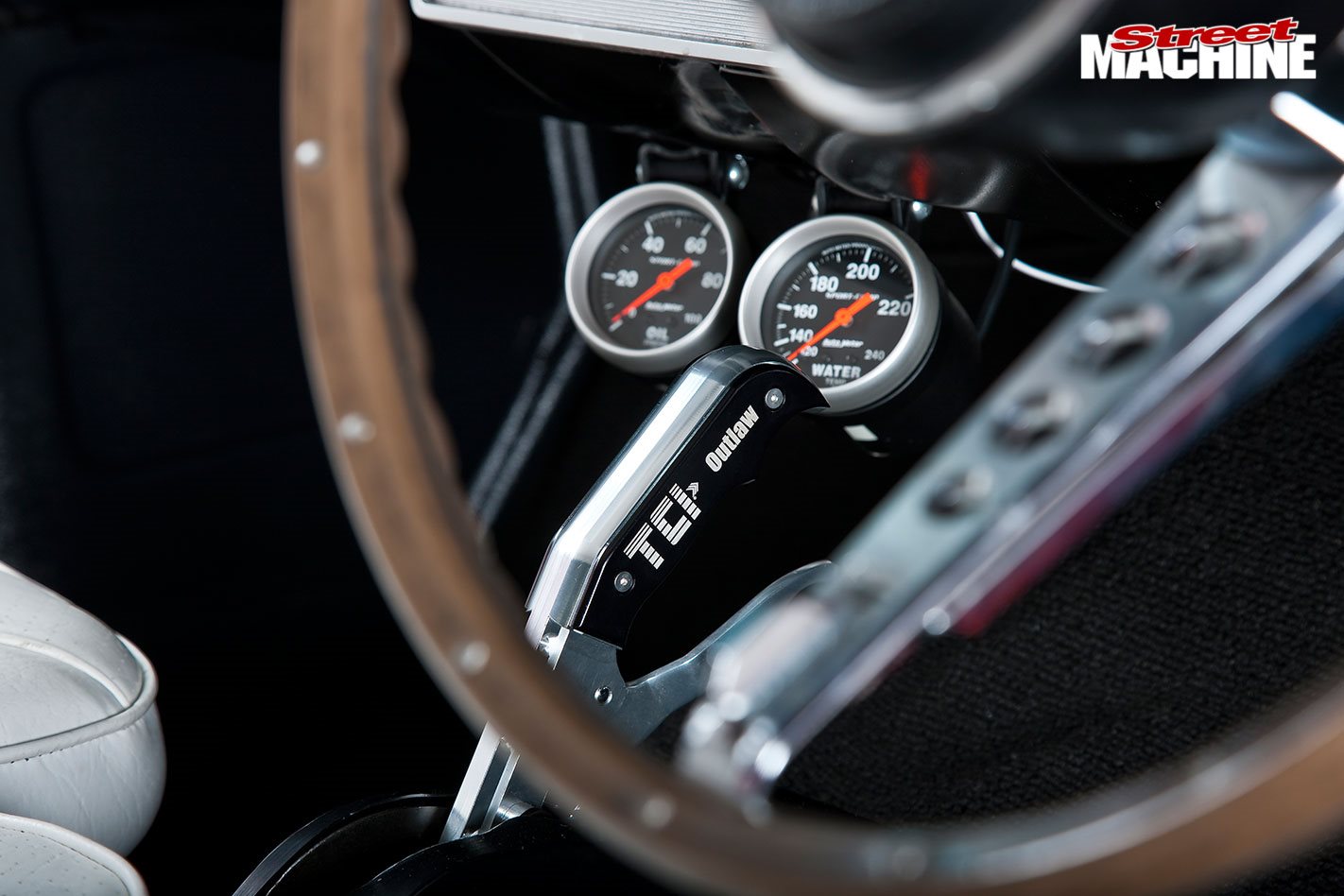 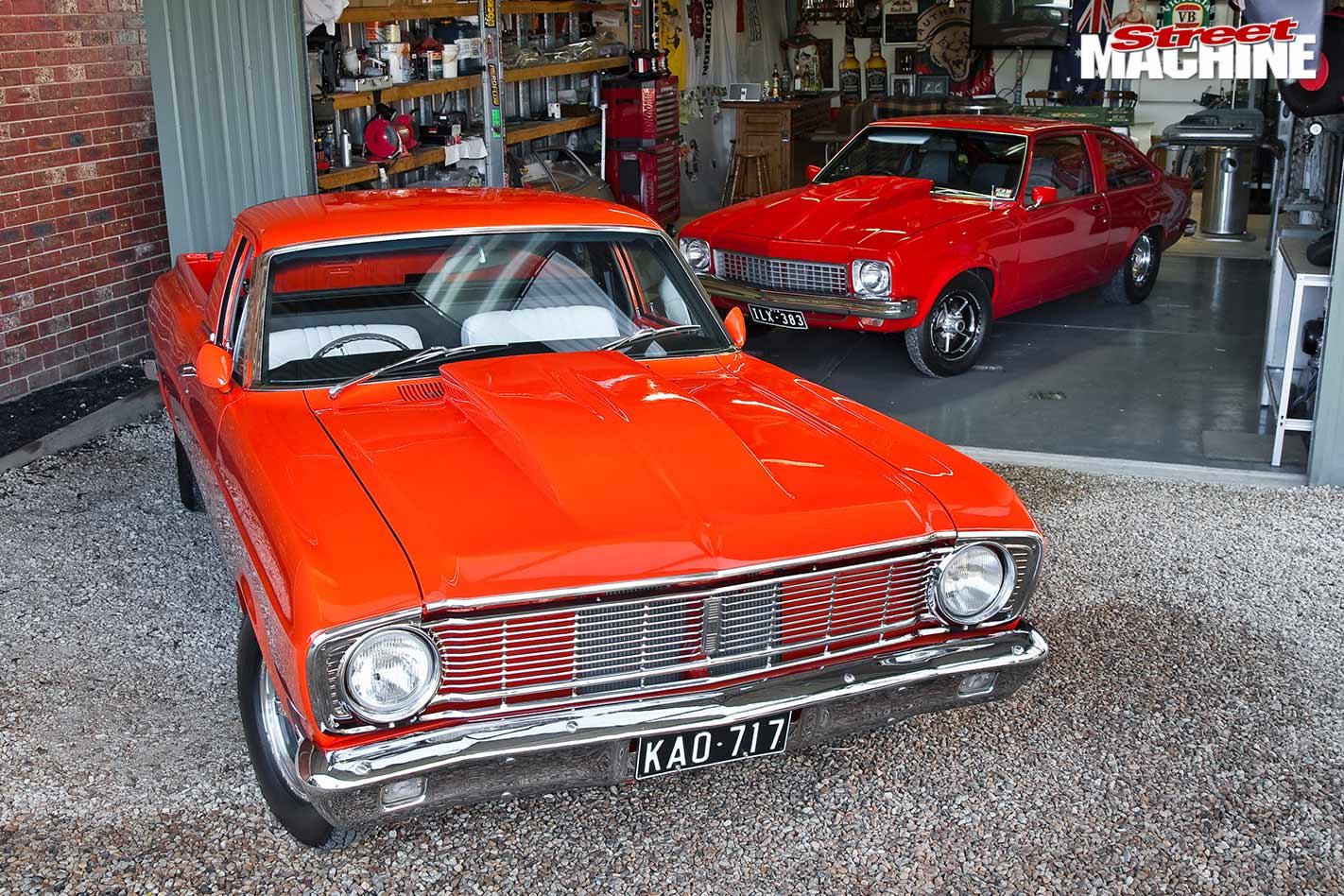 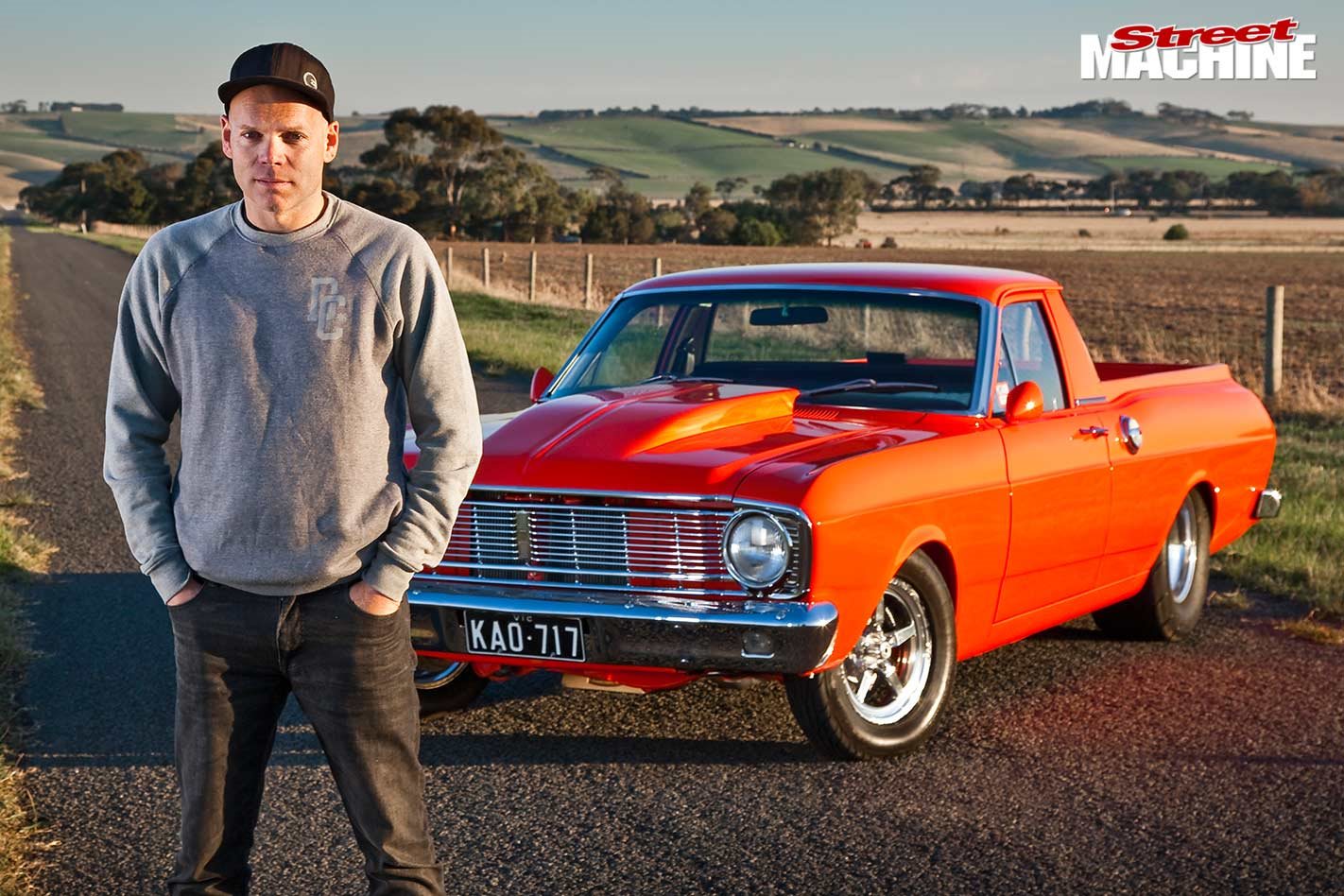