Herbie honks his way into your heart

DON’T scoff; the Herbie films have serious Fanging Flick credentials. It all started with 1968’s The Love Bug, which introduced the world to Herbie, a lovable and good-humoured Volkswagen Beetle sporting the now-iconic go-fast stripes and ‘53’ race numbers. 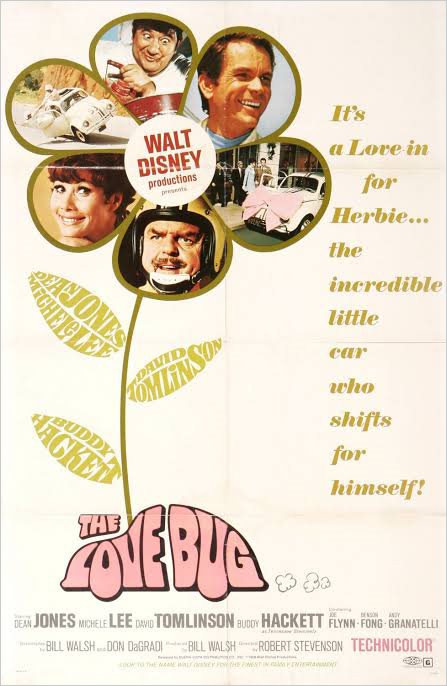 When jack-of-all-trades driver, Jim (Jones), loses his shine behind the wheel and subsequent demand for paid work, he starts to ponder both his own future and that of long-time friend, mechanic and housemate, Tennessee (Hackett).

During a soul-searching walk, Jim spies an attractive pair of pins that draw him into the showrooms of Thorndyke Motors and the attention of lovely saleswoman Carole (Lee). While playing up his financial standing to loosely negotiate a deal on a sports car, Jim meets the irrepressible Peter Thorndyke (Tomlinson), in what is to be the first of a number of stoushes between the pair.

Amidst the ensuing ruckus, Jim is nudged by one very headstrong Volkswagen Beetle, who has seemingly rolled in from nowhere before being hurried back into the Thorndyke workshop. 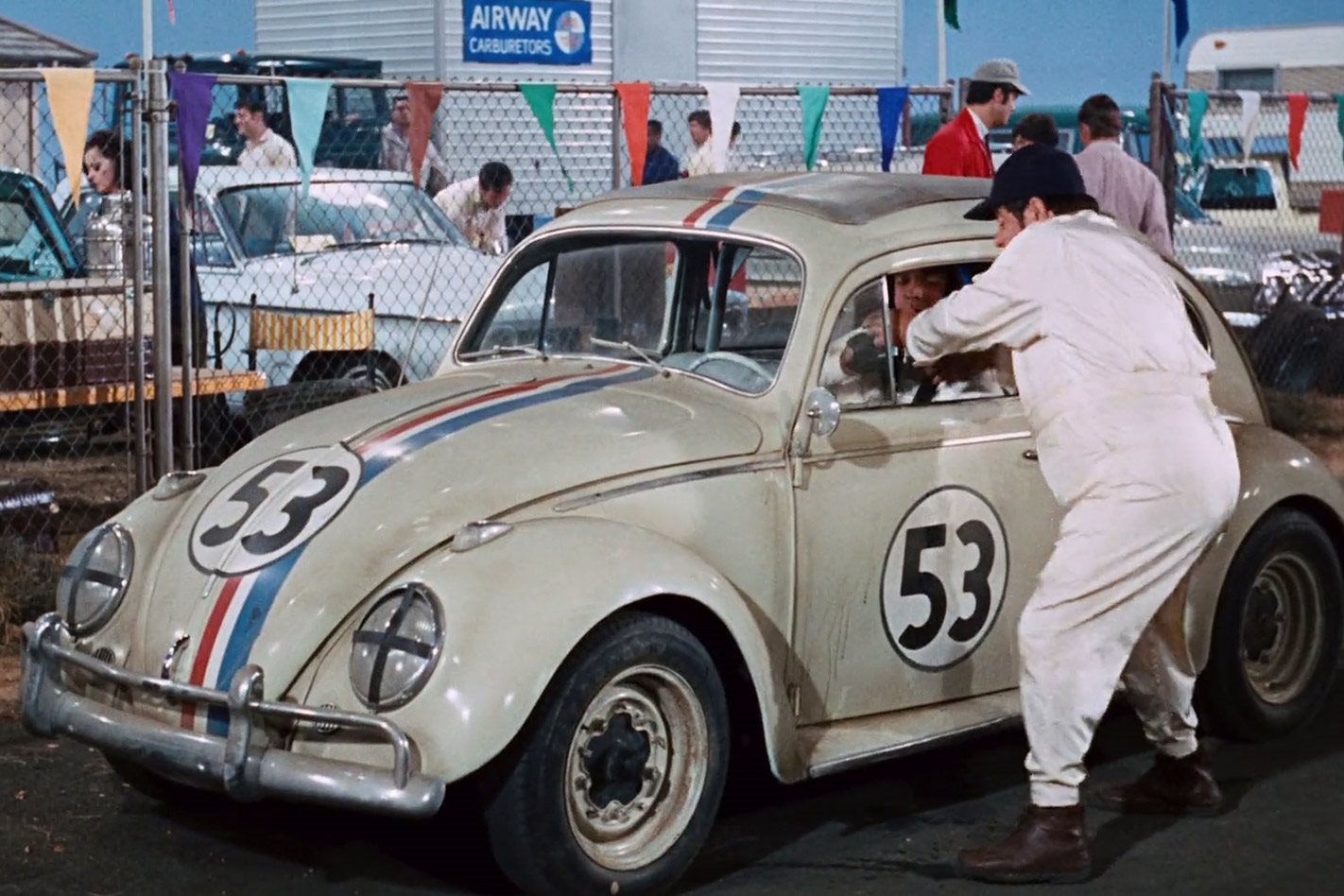 But it is too late; the little VW has chosen its mark, following Jim home, where a visit by a local San Francisco detective (Ross) sees Jim unfairly accused of grand theft auto. A deal is struck for Jim to pay off the car in lieu of Thorndyke pressing charges, and the Volkswagen’s peculiar behaviour soon becomes even more apparent.

The plucky Beetle is dubbed ‘Herbie’ by Tennessee, named after his Uncle Herb, an ex-boxer whose flattened nose is the second thing that resembles a V-Dub bonnet. The trio of Jim, Tennessee and Herbie become a foursome when Carole cottons on to Thorndyke’s evil ways and jumps ship.

The team is soon a formidable racing entity, battling it out head-to-head with the ‘Thorndyke Special’ Apollo 3500 GT, but Herbie’s oddities soon become apparent to Thorndyke, who nuts out a string of devious plans in an attempt to secure the VW back into his possession. 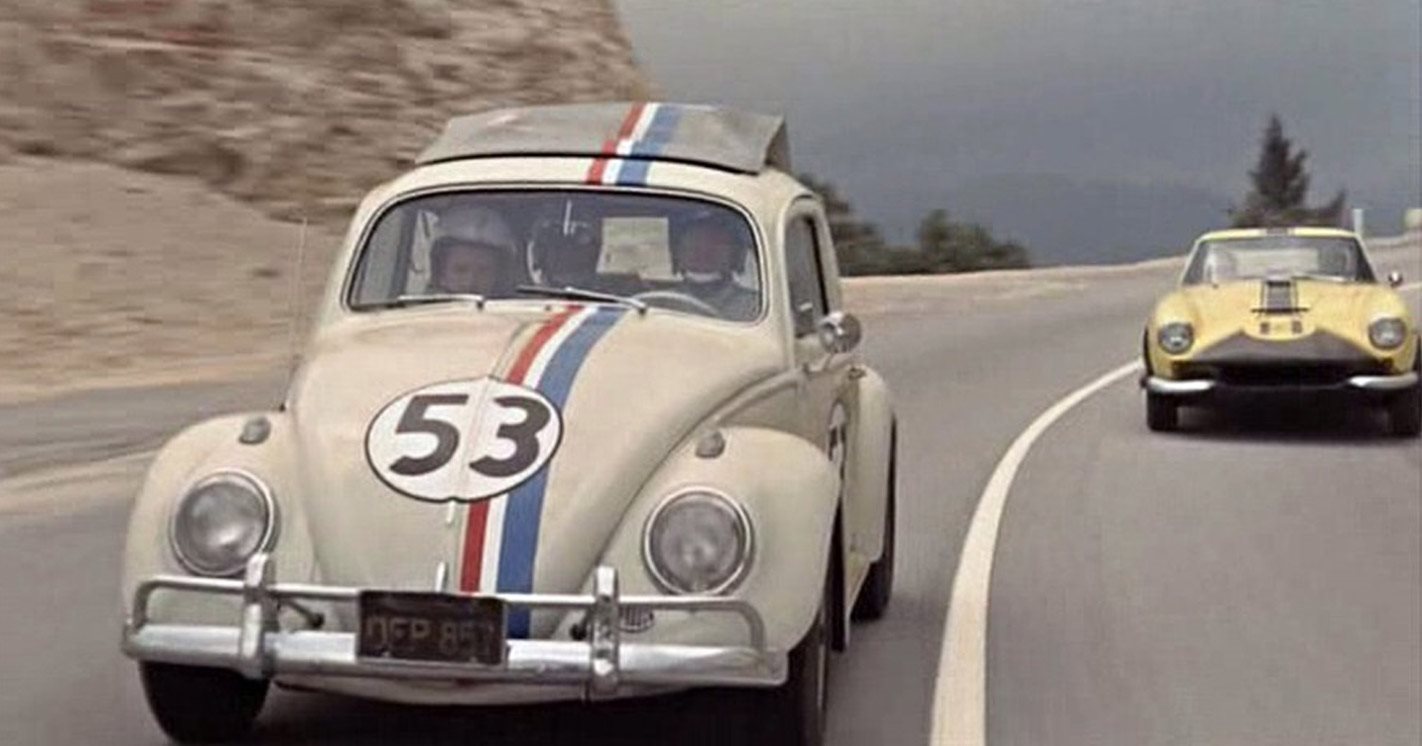 The Love Bug covers plenty of ground in its 108-minute running time, including a strangely dark sequence of Herbie trying to suicide off the Golden Gate Bridge – a random ‘kids’ movie inclusion eerily reminiscent of the headless chicken scene in Willy Wonka and the Chocolate Factory a few years later.

However, the car action is where it’s at, and with a stunt team comprising the legendary Bullitt trio of Bill Hickman (Dodge Charger baddie), Bud Ekins and Cary Loftin, there are no holds barred; the stunt work is what firmly entrenched the Herbie legend for future flicks.

Being a Disney production, you know The Love Bug will be fun and family-friendly, but a welcome side effect is the classic race action from a variety of genres. There is not a pixel of CGI to be found, so enjoy the stunt driving for the reality it is – but be prepared to cut some of the in-car special effects some slack; it is a 50-year-old movie after all. And hey, the thought of living in a disused fire station like Jim and Tennessee still rekindles a childhood dream in me 40 years after I first saw the film. 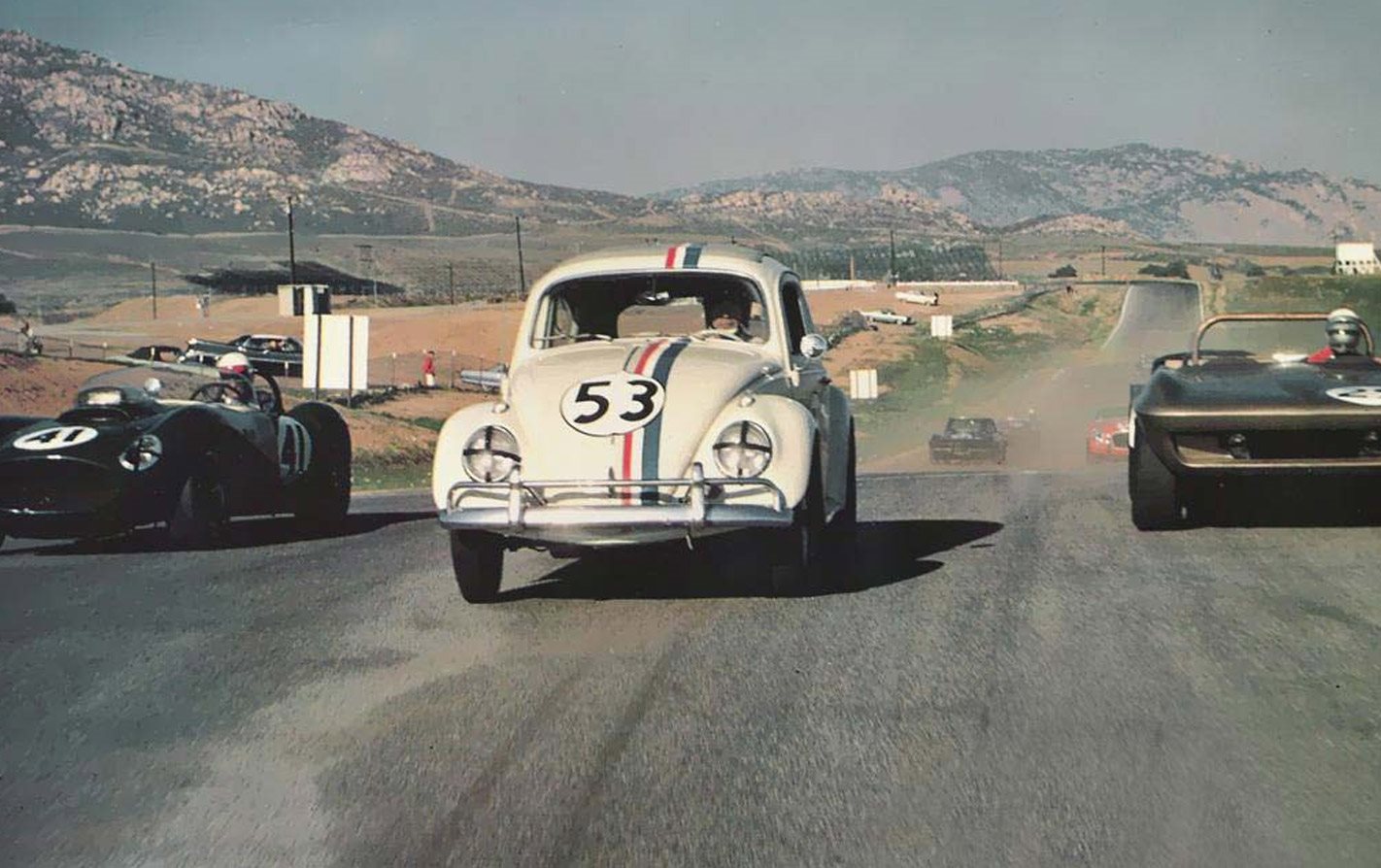 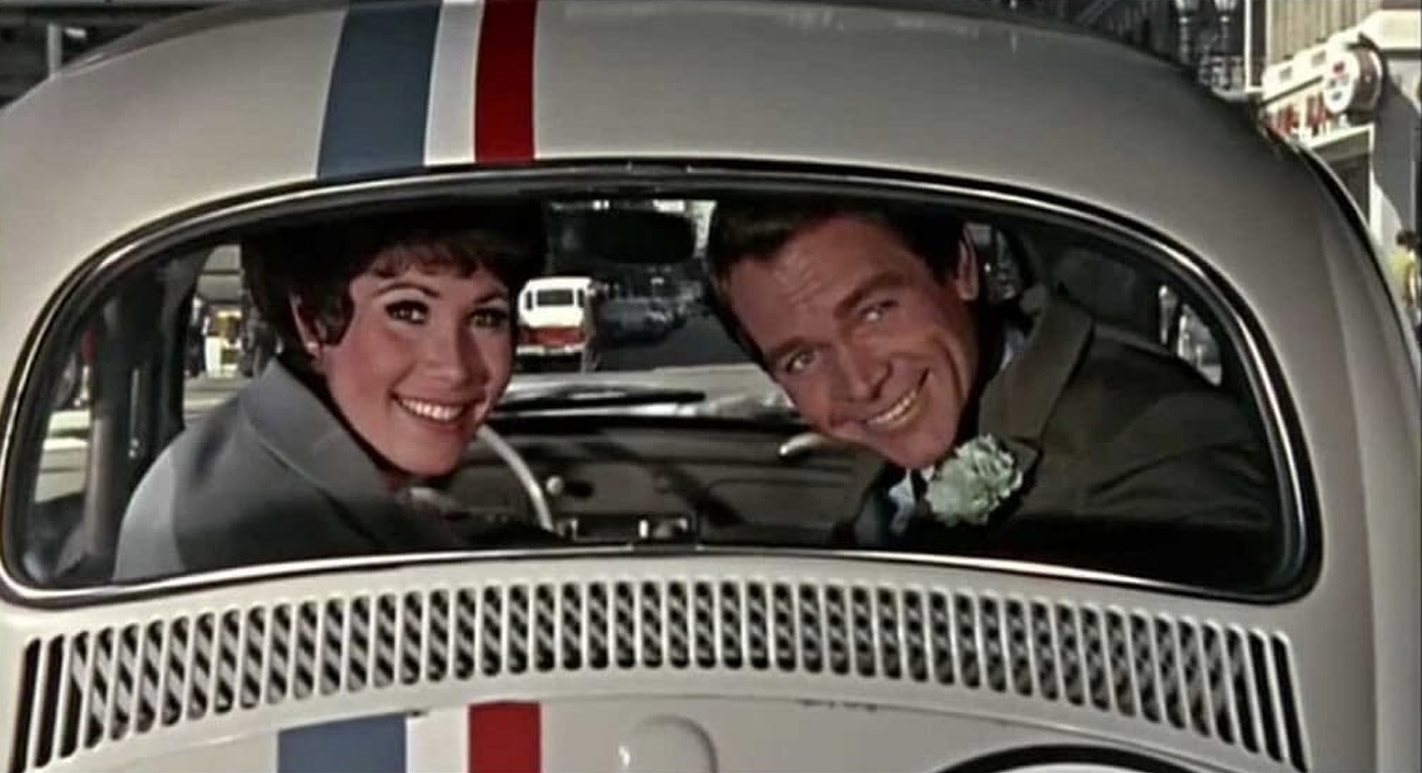 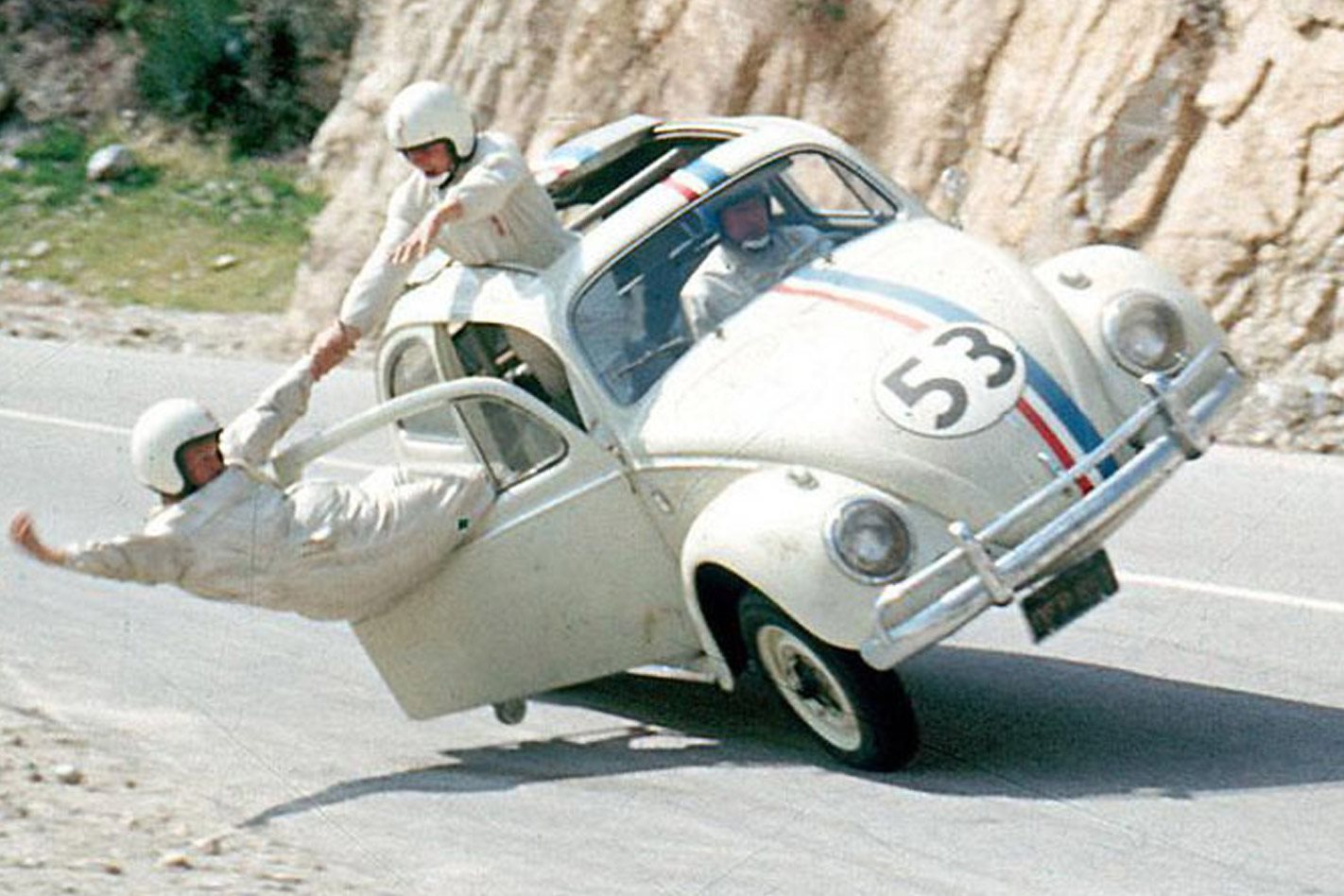 PLOT:
A washed-up race driver is befriended by an oddly behaving Volkswagen Beetle that seemingly has a mind of its own 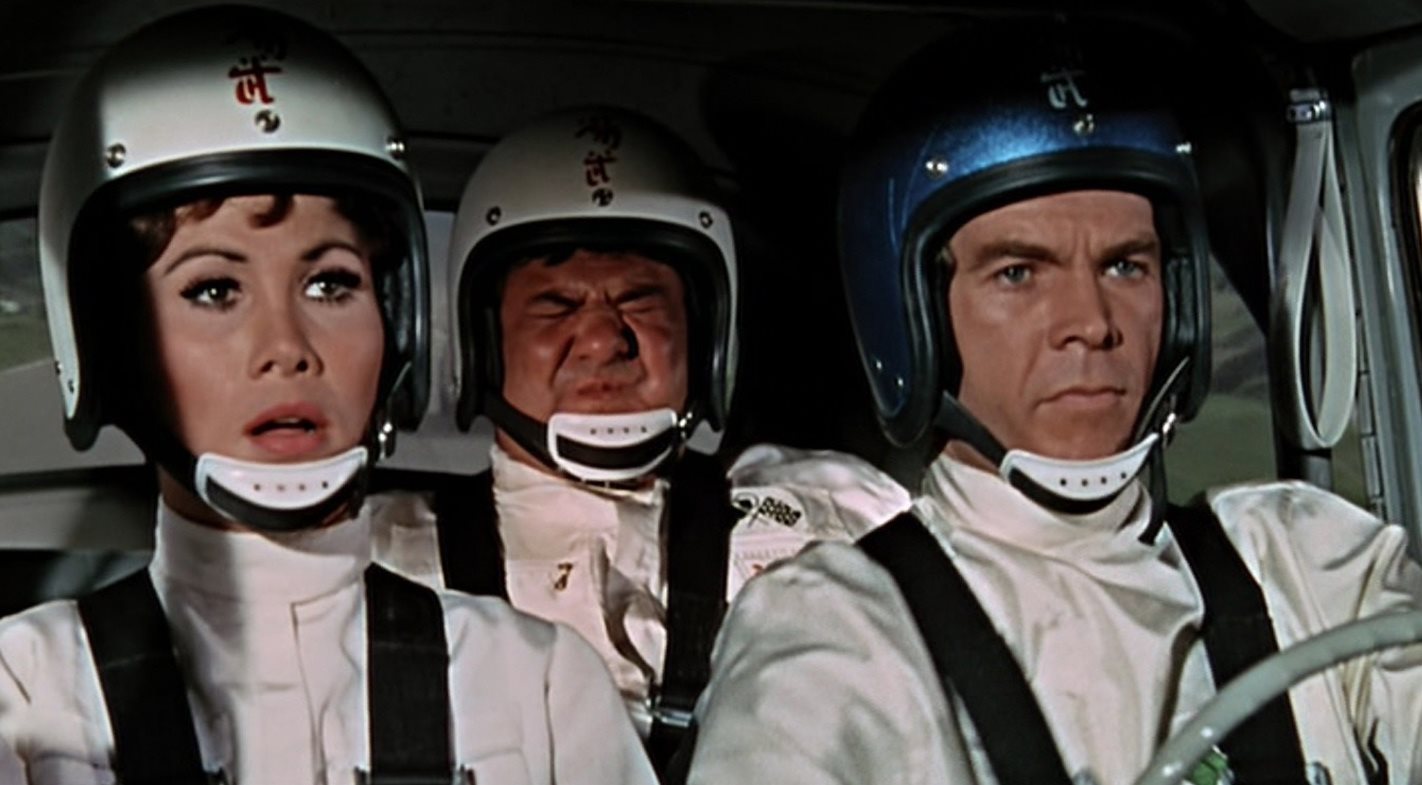 COOL FLICK FACT:
Herbie was initially devoid of Volkswagen logos to avoid licensing issues, but after The Love Bug’s success boosted then-dwindling Beetle sales, Volkswagen came on board and the VW symbols were reinstated for the sequels. 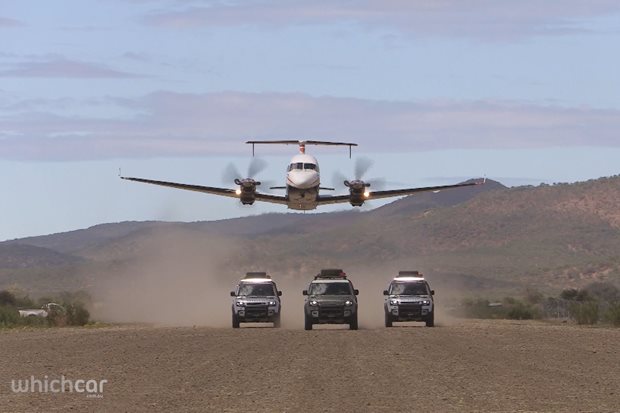 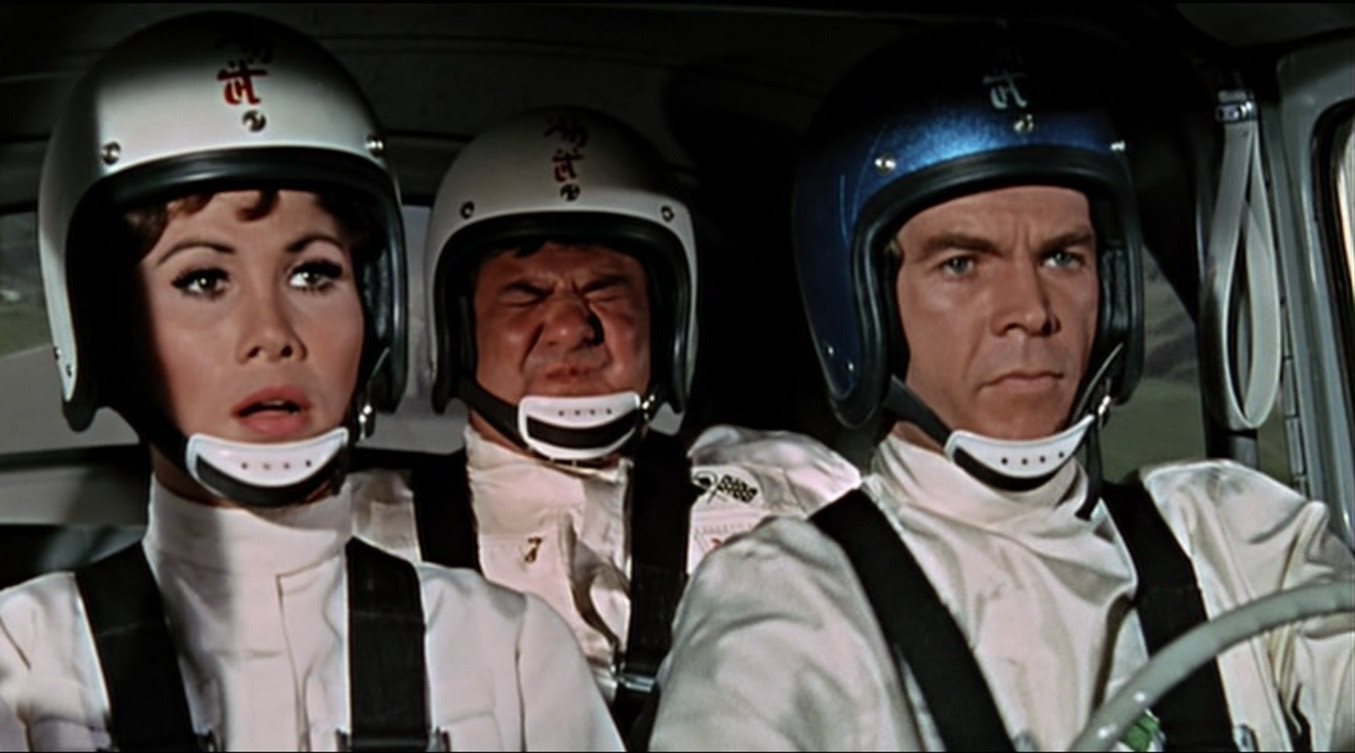