A PERFECT sunny winter's day at the Bairnsdale Dragway gave a great start to the first ever Powerhouse Engines AspoNats on the weekend. Some of Australia's best aspirated burnout cars and some well-known blown beasts (minus blowers, of course) battled it out for a share of the $15K prize pool. The relaxed event even saw Senator Ricky Muir drop in for a spin on the pad in his Falcon, in one of the non-burnout driving events. 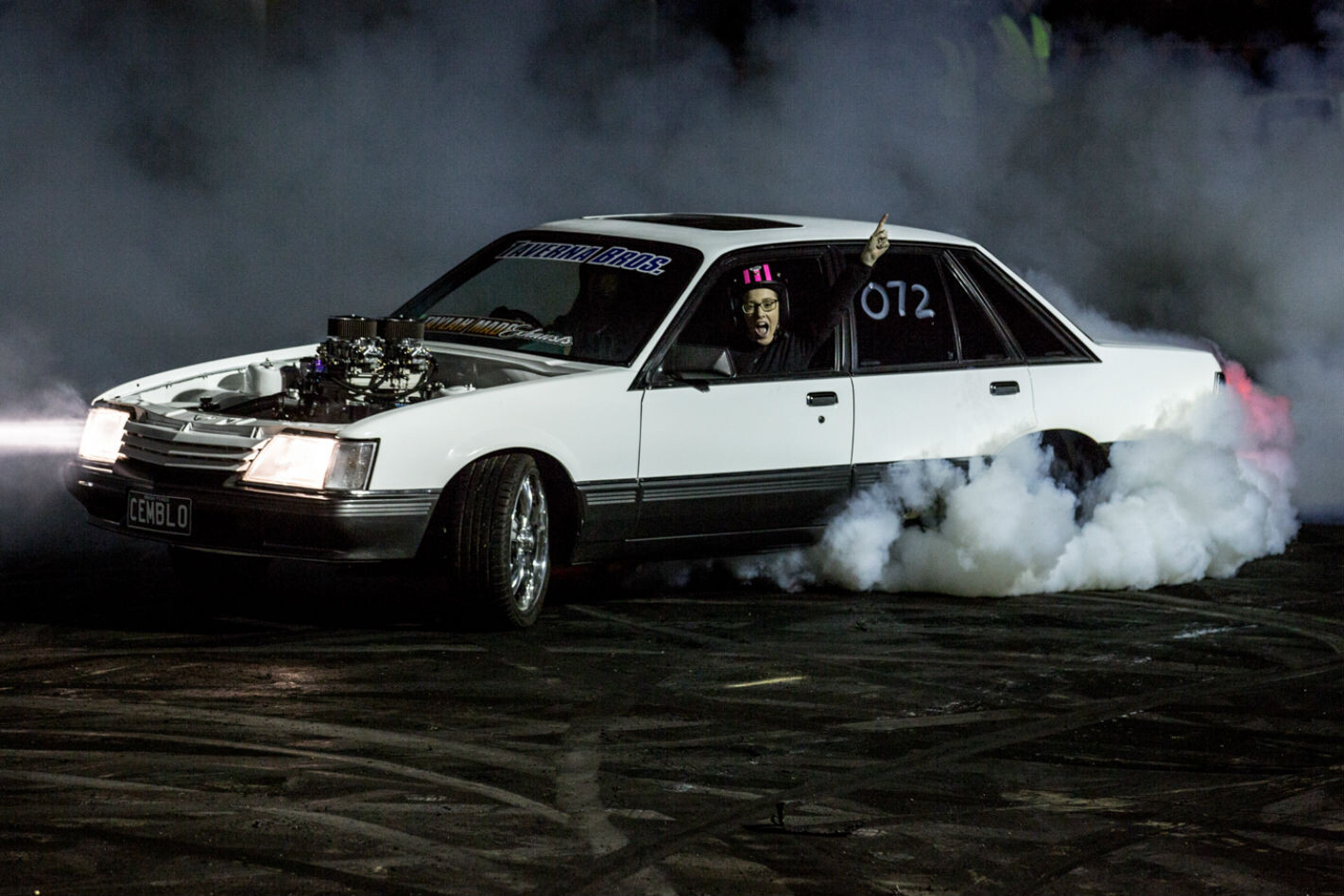 At the end of the day Tim Brown in CEMBLO took out the win in his Haddad 440ci small block-powered VK Commodore, with a great display of driver control and the biggest smoke-out of the pad for the whole event. Jason Earl, who had made the long haul down from Queensland, took home third place in the burnouts, as well as first place in the Dash 4 Cash event, having wrung the neck of 383AXE all day long. Michael Chomenko in JUSTA6 put a lot of the V8 boys to shame. Pulling 7500rpm, the heavily modified methanol-fed V6 was on song all day, but not popping the tyres cost him a Top 10 spot. Ross Heasley pulled the blower off MRBADQ for the weekend and had a ball. “I’m surprised how well it’s going without the blower, pretty impressed actually,” he enthused. Ross was on his way to a Top 10 finish, but running on a bare rim for too long at the end of his skid cost him points. Aaron Doutch was on an awesome run in ILURVIT, but 60 seconds in the engine started breathing heavily and soon erupted into a ball of flames. Rods out was the sad end to his day. As always, Andrew Lynch put on a show for the crowd. With permission from the event management, he started his burnout further back up the entry area to get up more tip-in speed, and boy did he come in hard.

“I know it usually costs me points as there is almost always a break in the smoke after the first tip-in, but I don’t give a shit,” he declared. “I’m not out to win, just here to have fun!” Asked if he was ever going to put a blower on the Corolla, Lynchy replied: “No, I couldn’t do what I do with it if it was blown, and I want to do my thing.” In only his third-ever burnout competition, Julian Pestl's little LS1-powered Mazda 808 wagon, SPLURT, was making heaps of smoke, but getting lost in the cloud and nudging the front into the wall during qualifying made a major mess of the nosecone and radiator. 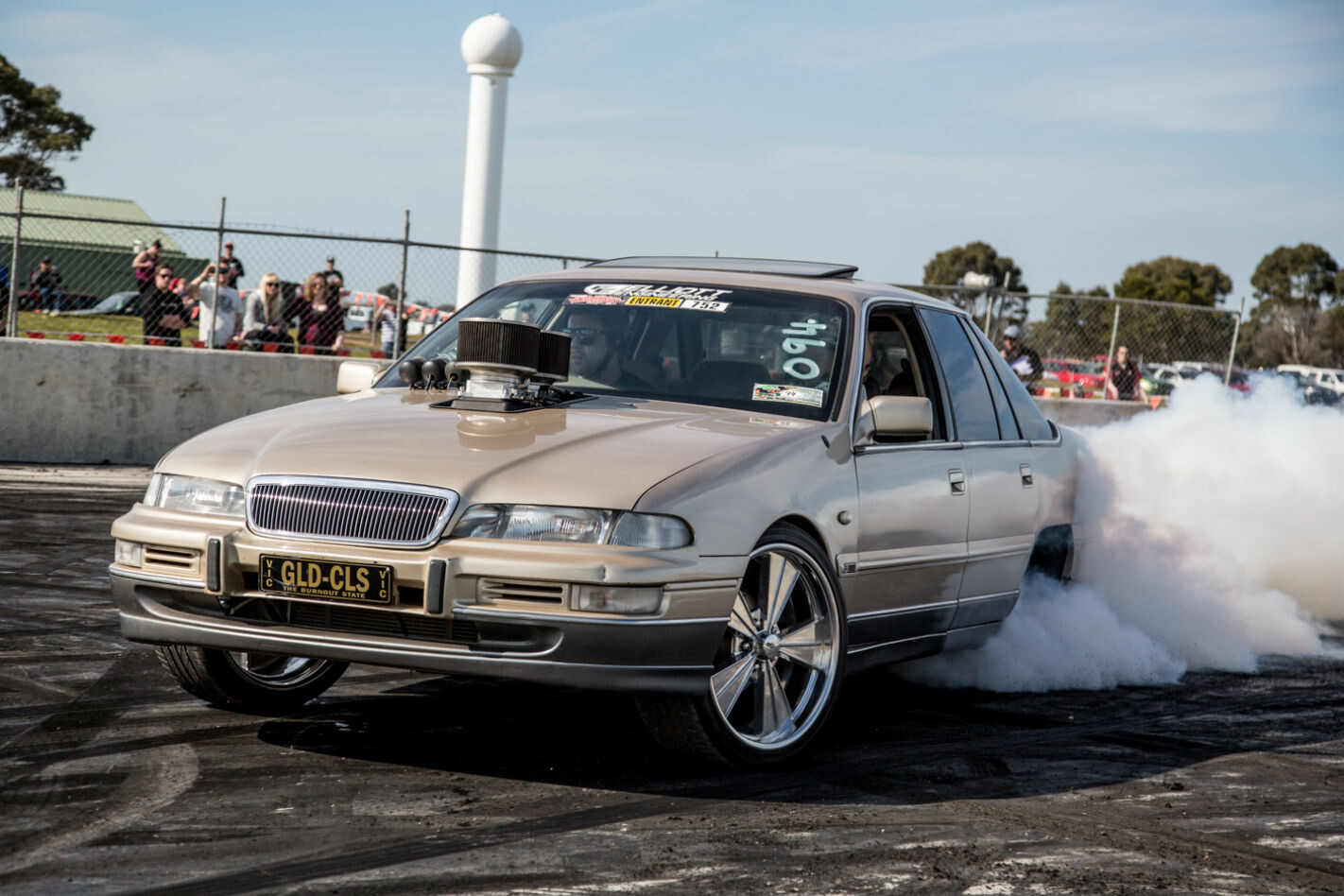 Ben Page showed great driver control every time he went out, gliding his immaculate GLDCLS Statesman around the pad and along the walls from end to end in fine style. 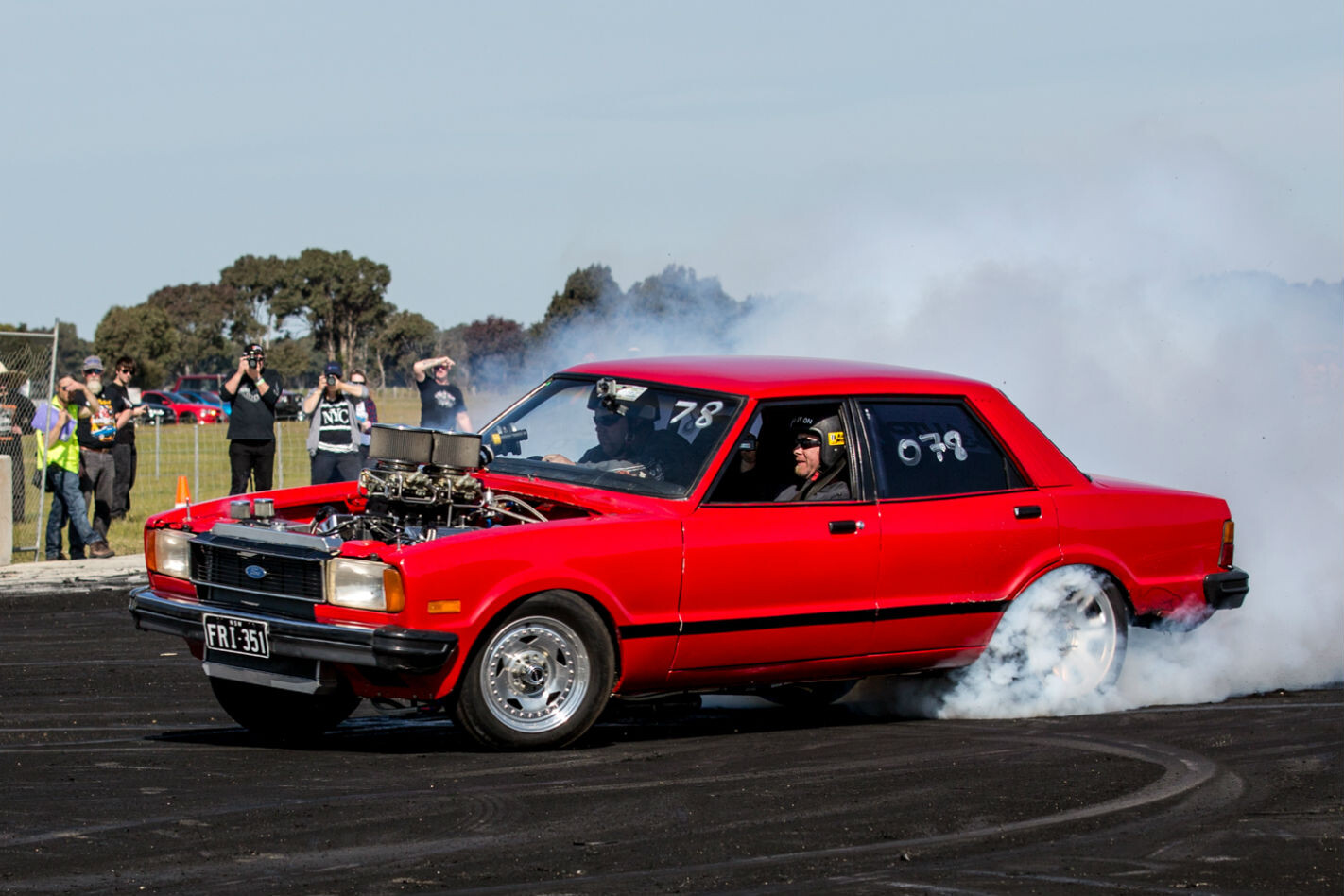 Lenny Williams's red FRI351 Cortina puts out a tad over 550rwhp, and he put it all to good use, throwing the car around like a rag doll. But he lost the smoke with his high-speed entry in the finals and ended up down the list in 14th place. Justine Mott's GEMSKID suffered from a brake issue most of the day, with the front brakes locking-on midway through both qualifying runs. Eventually the brake booster was found to be the culprit, upset by the change in vacuum due to the lack of supercharger the car usually runs. Senator Ricky Muir was on hand at AspoNats, doing some filming for the ABC's Kitchen Cabinet TV show with host Annabel Crabb, which included a run down the strip in the Dash 4 Cash event. Luke Manolis in NONAME is quickly making a name for himself on the burnout scene, and he's not scared to lean on the limiter either, pushing the twin-carb LS hard all day without a drama. Event co-promoter JoJo Bruinsma took a few minutes out of her hectic day to burn some rubber in the HIZNHERZ VH Commodore she shares with husband Andrew. After a top-class effort in qualifying, Craig Johnson's LS-powered panel van DEFCTV suffered a transmission failure that left him with a box full of neutrals, cutting his second run short and leaving him stranded on the pad. Travis Millar H8TRED VN Calais is quite obviously a blown car, so he didn't compete in the official event but did take raffle winners for a spin on the pad while the aspo cars took a break between rounds. It didn't stop him from giving it his all, smashing several sets of tyres in no time. Darral Earnshaw's BASKDR Ford Falcon BA ute runs a 347ci Windsor with an 8/71 supercharger few demo runs and took one of the lucky raffle winners out for the ride of their life. 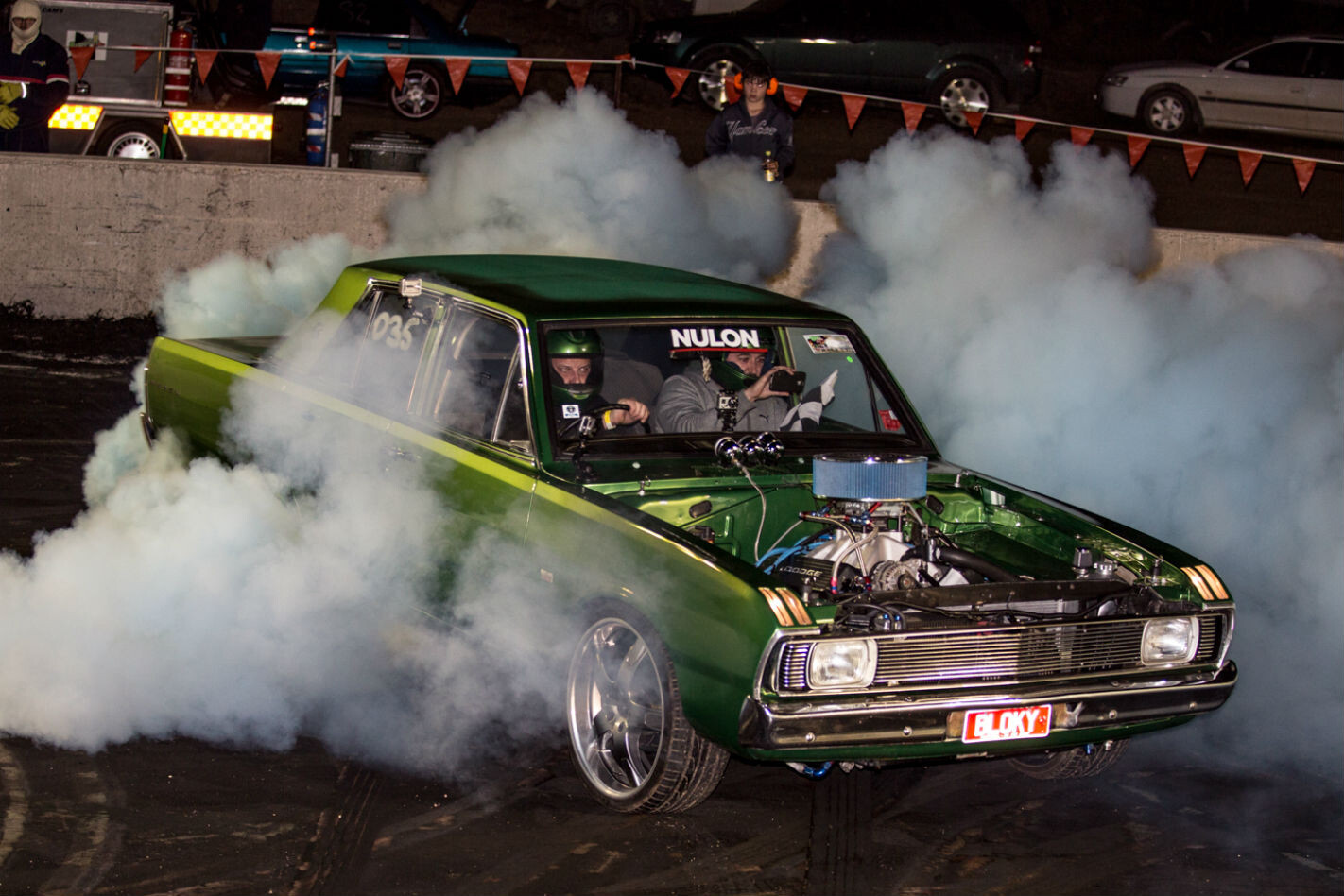 BLOKY was singing its familiar NASCAR tune throughout the day, but Daniel was another driver to lose points for not popping the tyres. "They didn't want the drag strip damaged from people rim-riding, and I got off it a bit soon thinking they had already popped," he said. "I had a 9400 chip in it and have changed to solid rear shocks to help me have more control."