THE 4000km haul across the Nullarbor is only the last in a series of hurdles that Jason Rapoff has had to face on the road to making his debut on the burnout pad at Street Machine Summernats 29. His VH Commodore PARALINES packs a blown and injected 416ci LS-based motor, but what makes the car different from its rivals is that the wheelchair-bound driver uses hand controls to fang it across the pad. 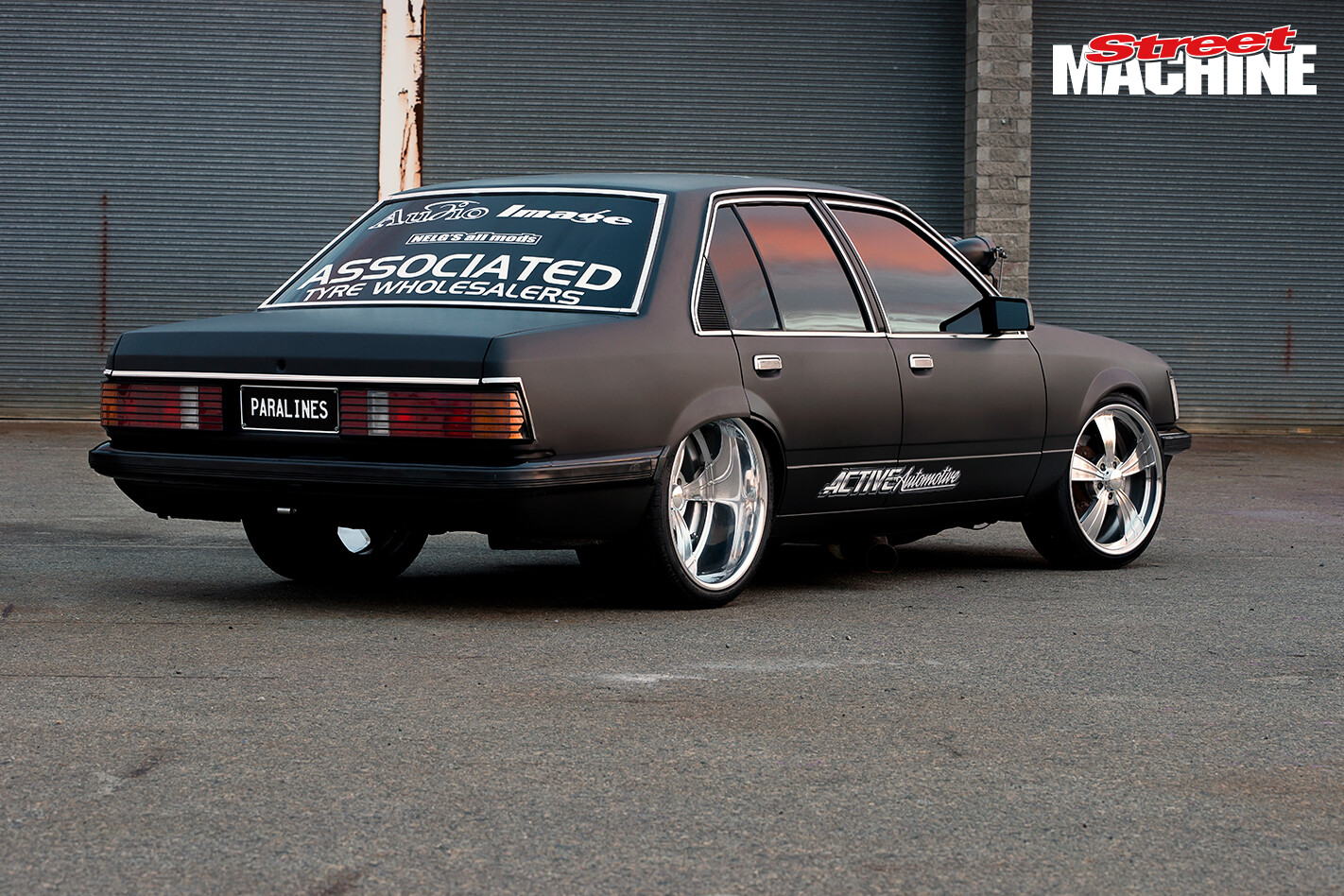 How long have you had the car, Jason?

Two years. It was originally a drag car. It ran 9.3s with an naturally-aspirated LS motor, but I started skidding it straight away. I love the adrenalin. The time in the shed getting it ready is hard, but the thrill makes it worthwhile. 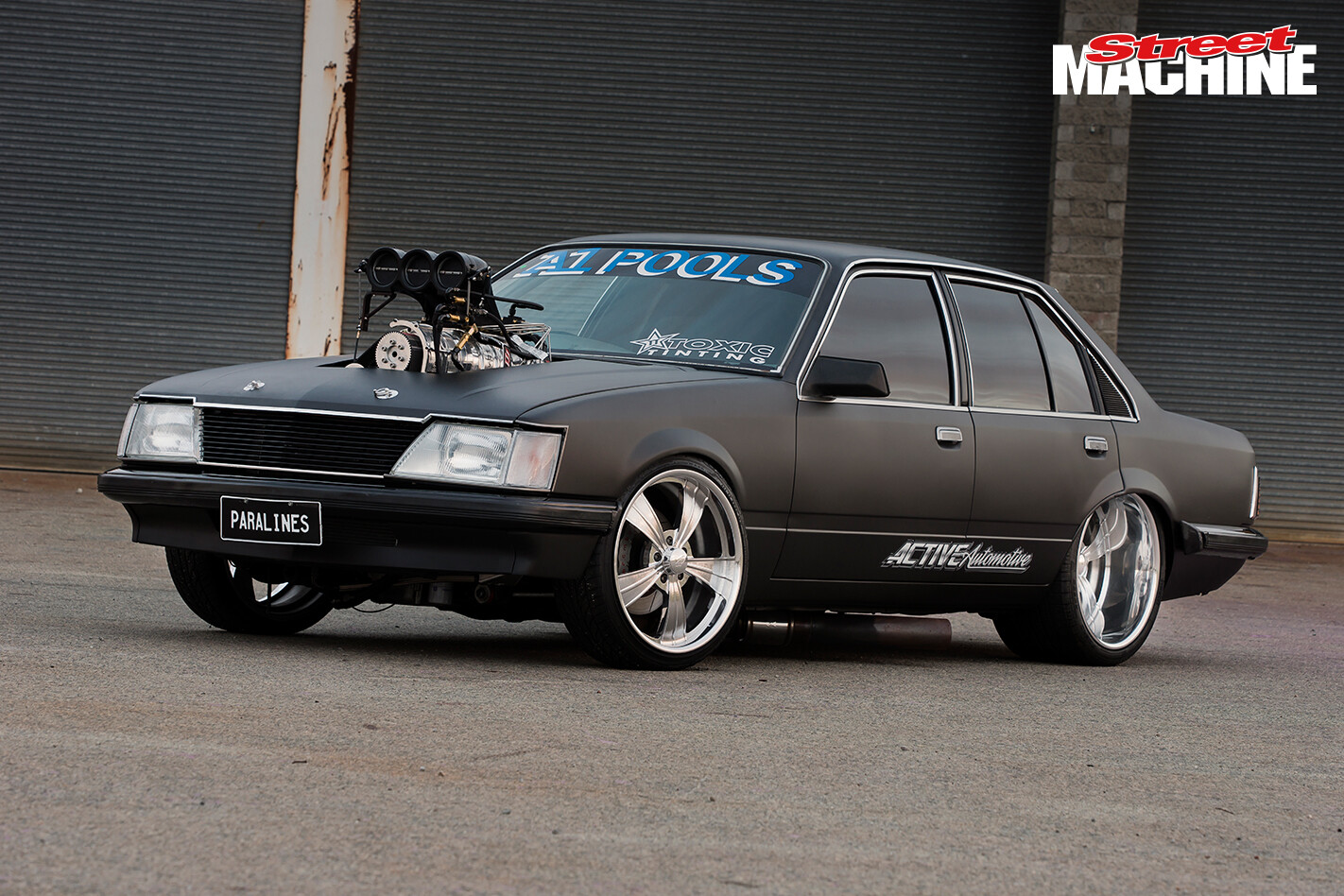 And the car had had a total rebuild for Summernats?

Yep, I’ve always wanted to go to the Summernats, now we’re finally getting around to it! I can’t wait to get over there to have some fun and hang out with the group of mates that helped out on the car. 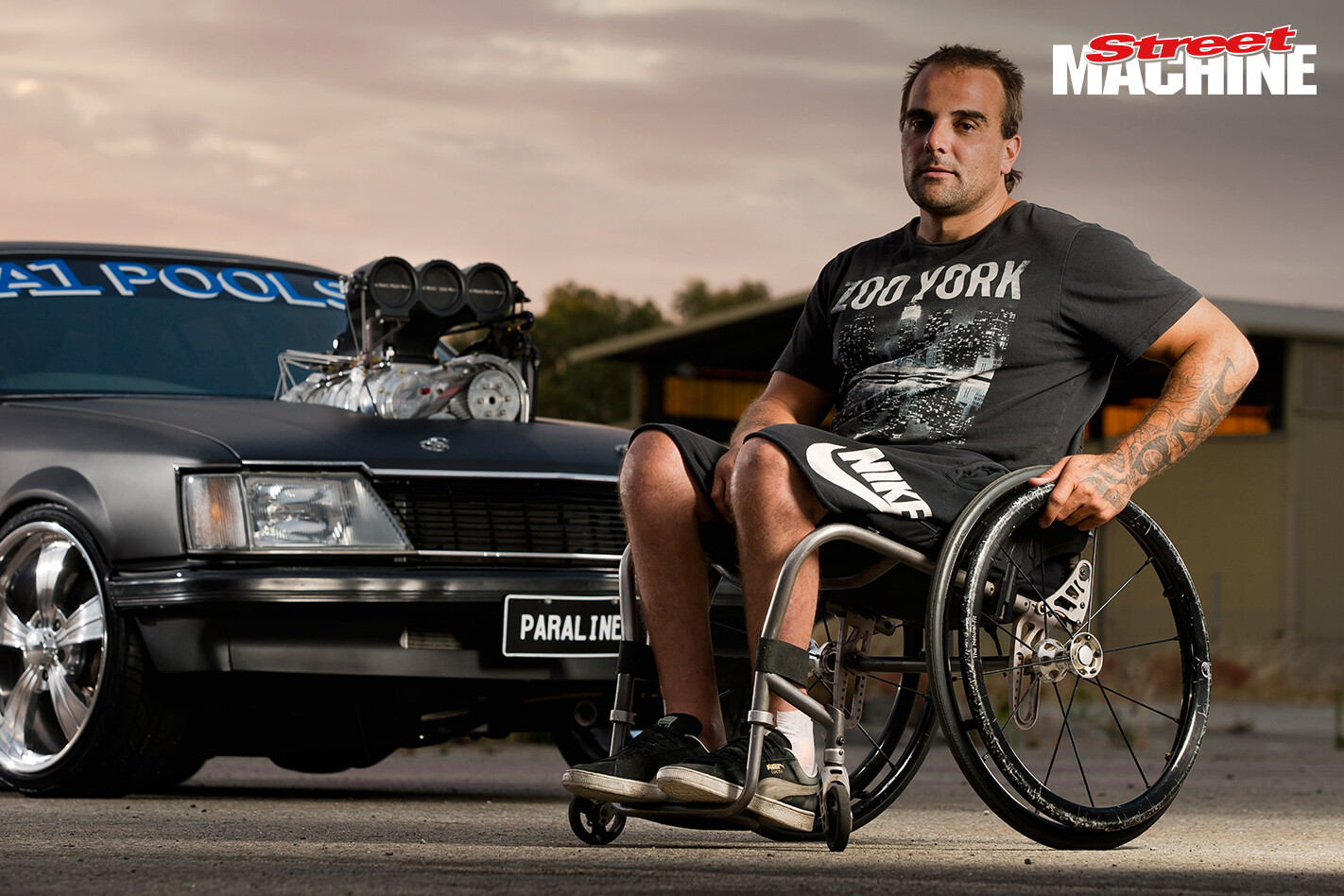 What is the story with the hand controls?

I had a dirt bike crash eleven years ago. A week out from my 25th birthday I crashed on a jump and broke my back. It shattered the T12 vertebrae, severing my spinal cord. I’ve got a standard hand control in my daily driver, they’re pretty simple, basically it’s push down for brakes and pull up to accelerate. The VH is a bit different, still the same push down for brakes but has a separate motorbike clutch lever flipped over as a cable operated throttle, basically like a jet ski set up. 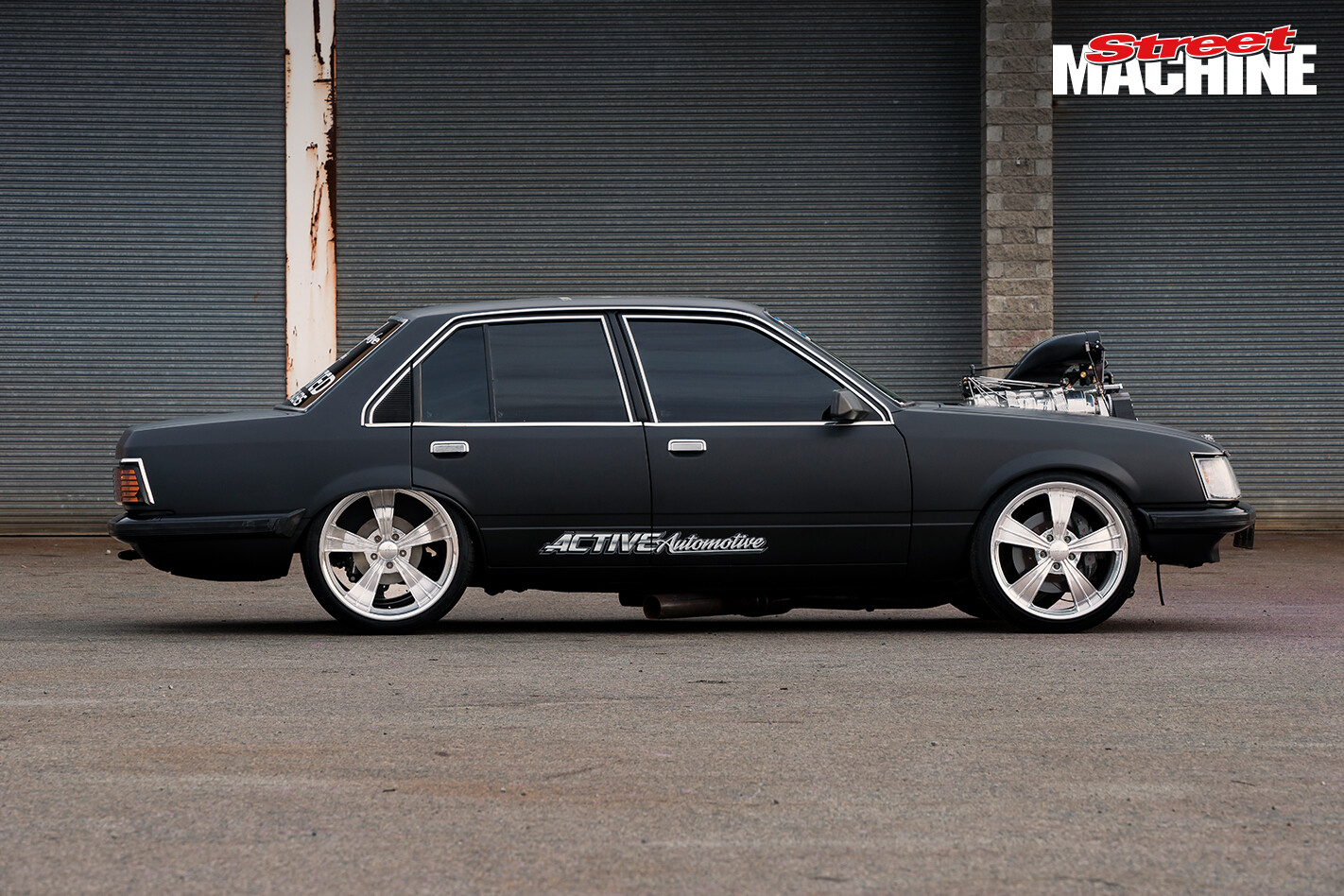 Are you running power steering?

No it’s a manual steering rack, but I’m going to fit power steering next, using an electric pump. 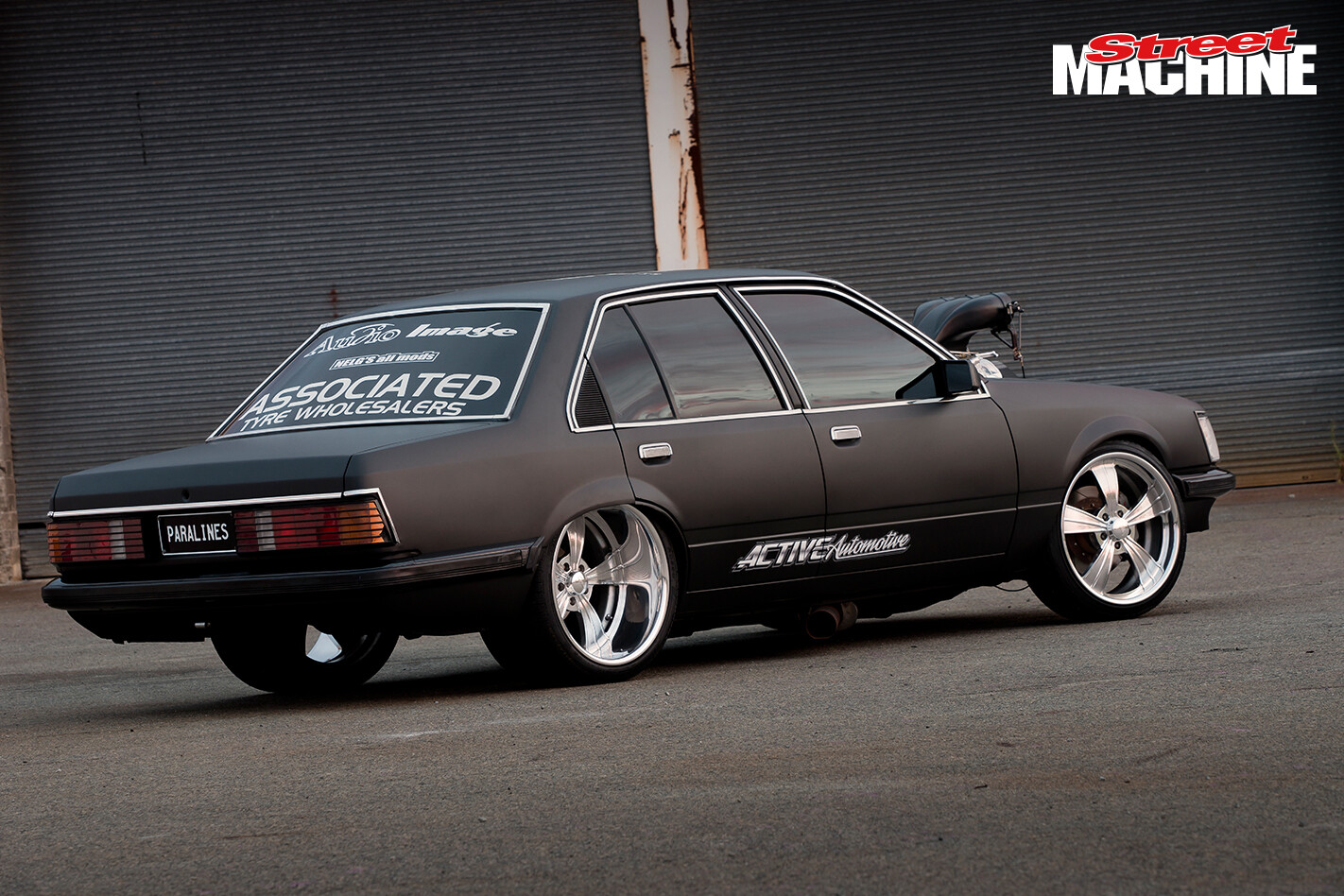 How about the brakes?

The brakes are upgraded to Brembo 8-piston calipers. There’s no brake booster but it stops fine.

Any other mods to the car to suit your needs?

None really, just the hand controls. My mates Adrian Colangelo and Adam Fanderlinden give me a hand at burnout comps. 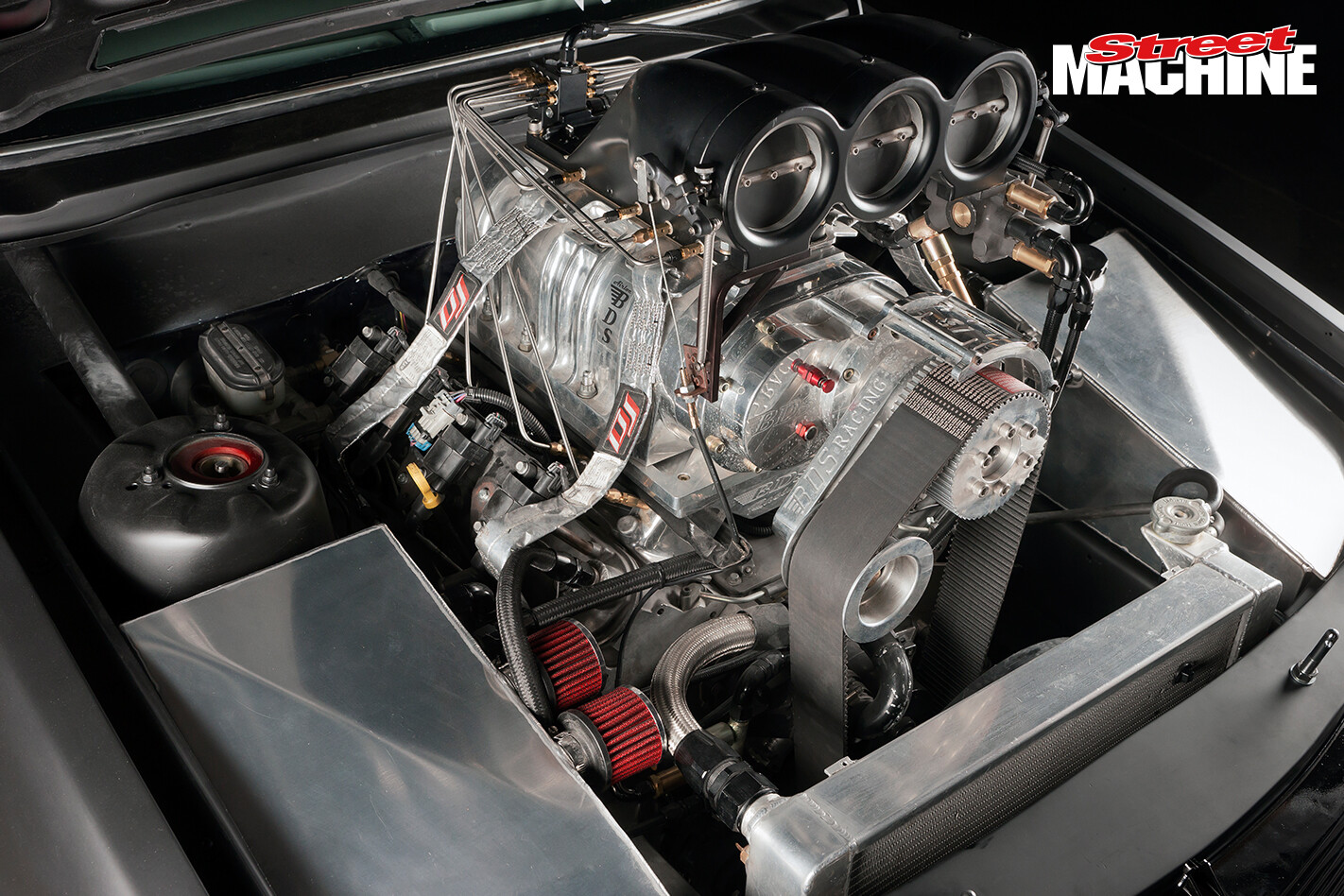 What can you tell us about the new engine combo?

It’s a blown and injected 416ci LS stroker built by Active Automotive. On the chassis dyno it made 756rwhp on E85 but it’s on methanol now. We’re currently still running a wet sump, but it will be going to a dry sump shortly.

Yes, it’s a full manual ‘glide with a 3500rpm stall all built by Fremantle Torque Converters. 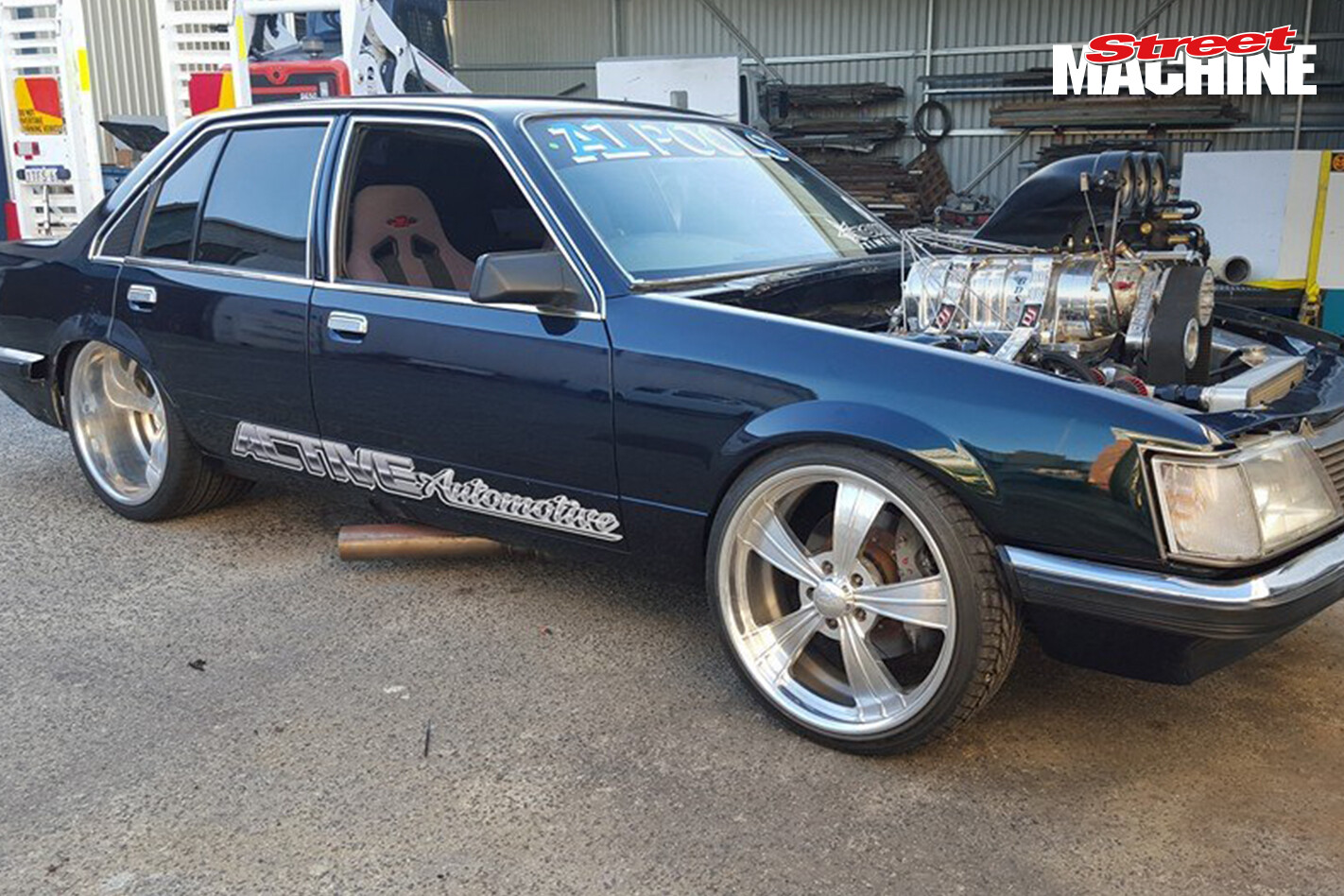 What else did you do in the re-build?

The rear end was tubbed and the shortened nine inch was done by Final Drive Engineering all to suit the billet Intro Vista II rims. The rears are 20x12s with 345/25/20 tyres. Inside there’s a Racepak digital dash mounted in a VR dash pad. Underneath there’s a new 4-inch twin system with Magna flow mufflers and a 3-inch balance pipe, which exits under the sill panels. I had a lot of help from Cronic Customs, Active Automotive, Fremantle Torque Converters, Final Drive and my mates Adrian and Adam. Any dramas in the lead-up to Summernats?

Yeah! I hadn’t driven it since Easter, as the car had been apart for the rebuild. So I did a test skid on a mate’s burnout pad. I got a bit carried away, got lost in the smoke and clipped the fence. I bent the rear quarter panel badly, but missed the new tubs. We had a mad rush to fix it. The car was blue before, but now the whole thing is matt black with gloss bumpers. It was painted and repaired by Jake and Cheese from Insane Panel Works. I owe them for that one!