GEELONG lad Tim Bailey was one of the earliest supporters of VPW Drag Challenge and the first guy to sign up for the inaugural event. His Procharged VZ ute ran like a swiss clock in 2014, with an event-best of 10.37-seconds at 134mph. He then drove it up to the Temora 1000 the very next weekend and ran a best of 264km/h.

Impressive stuff for a car that has never been on a car trailer. In fact, the only time it sees a car trailer is when it is pulling one! With over 180,000km on the L76 donk, Tim is taking the ute to the Longford Revival in Tasmania this weekend and then plans to pull it down for a freshen up. He’s also fitting a more-efficient F1A 94mm blower and finally, a roll cage. This last addition means he’ll be able to run the ute out the back door at ANDRA tracks. But for now, here’s the story on the VZ that we published in LSX Tuner #1 last year in full: 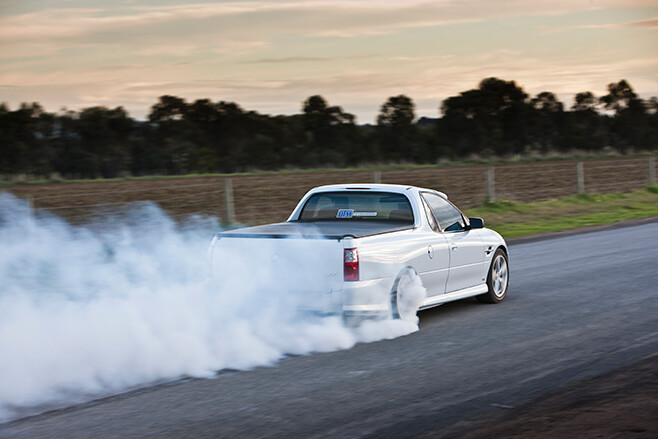 THE first time we saw Tim Bailey’s ute, at the 2013 Costa’s BBQ smokefest, we walked right past. A white SS ute with stock rims and a sunvisor? Not exactly eye candy. Then the owner popped the bonnet and what we saw intrigued us straight away – a very neat F1A Procharger installation, all decked out in black. The story was just as good: a legitimate daily driver, running high 10s on a stock engine. Street driven, stupid-fast and different. Yep, that ticks all our boxes.

While Prochargers were all the rage a decade ago, they have fallen away in popularity in recent years, so we were interested to find out how Tim arrived at this cool and unusual combination. Then we found out that Tim’s previous ride was a 12.9-second Mk1 VW Golf with a budget backyard turbo set-up on it and things started to make sense. 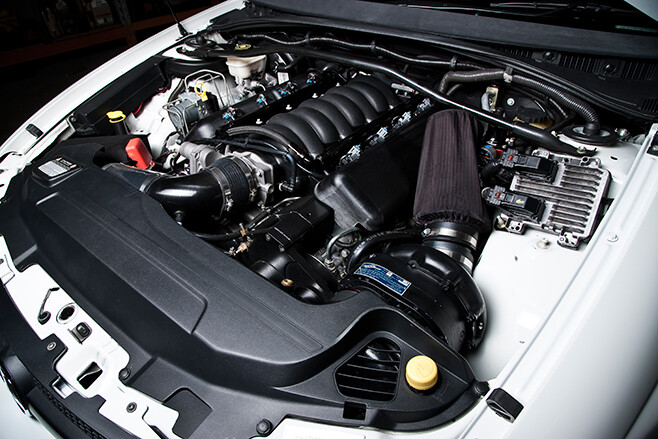 Tim began with a bog-stock, Series II VZ SS – a Series II specifically so he could get the 6.0-litre L76 donk – a better prospect for fettling than the LS1. He had a clear modification plan in mind – Pacemaker headers, 3in cats, a twin 2.5in cat-back exhaust and a GM Motorsport driveline package.

“The package I went for was a GMM street racer cam, Morel lifters, HD pushrods, cold-air intake, 4200rpm stall and 3.9 gears,” he says. “That netted a best of 11.82 at 117mph and it went everywhere. The only problem was it killed the stock auto, so I beefed that up.”

Then the power bug bit and Tim started researching forced-induction set-ups. “I looked at twin- and single-turbo set-ups and top mount blowers,” Tim says, “but I thought that the Procharger would be easier on the stock bottom end, and would be easier to remove if I got a canary. So I ordered an F1A race Procharger and blow-off valve from GM Motorsports, took it home and painted the blower back and had the rest powder coated, then took it back to GM for them to fit up and tune.” 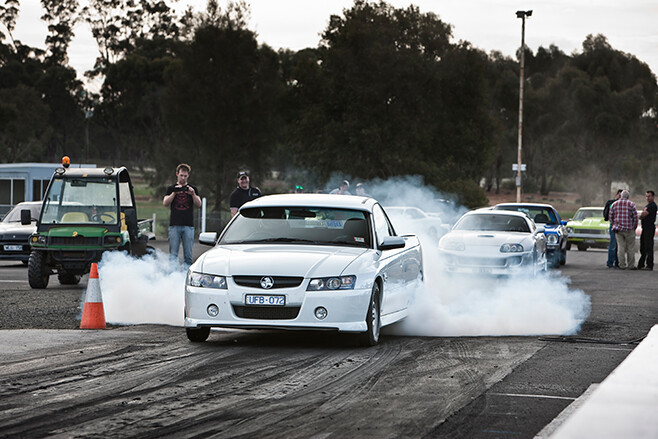 With the blower and intercooler set-up installed there was the expected improvement, but it also revealed some weaknesses in the fuel system and drivetrain, so Tim bit the bullet and upgraded them both, which in the latter case meant a DTM TH400, one-piece tailshaft and 3.46 LSD. The change to a three-speed auto knocked around the VZ’s fuel economy considerably, but it did enable the 3900lb ute to run a 10.8 at 126mph in full street trim.

“It stayed like that for three years,” says Tim. “Apart from general servicing and replacing lots of rear tyres, it was super reliable until it finally started to rattle in the top end. This was after 30,000km of hard driving!”

Removing the rocker covers uncovered some valve tip damage, but pulling the heads revealed a very healthy set of bores and pistons. Tim rebuilt the top end and left the stock internals alone. 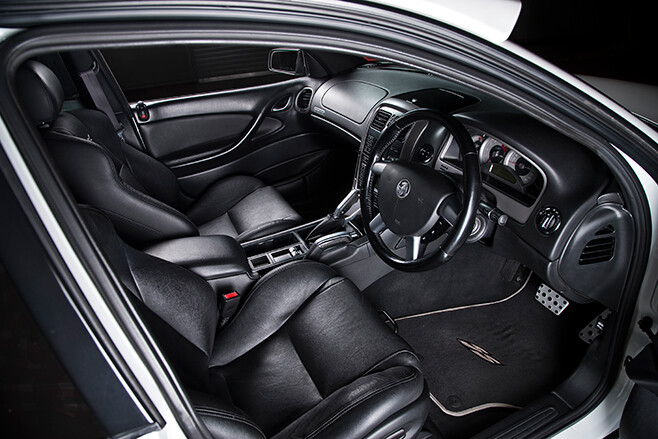 “I did some research and found Bob at Brutespeed who was getting good results with cam and Procharger packages, so I threw in one of those with matching springs and retainer kit, and uprated blower inlet (which gave me 2psi more boost) a comp rocker trunion upgrade and a new set of Morel Race tie-bar lifters.”

That done, Tim decided to upgrade a few more items, fitting a monster Plazmaman intercooler, a set of larger headers and after a run on the dyno to check everything was shipshape, headed for the track. “Straight away it ran a 10.5 at 130mph, but it felt like it was struggling in the top end. I decided that the 2.5in system must be holding it back, so I fitted a 3in cat-back set up, drove to Heathcote and ran a 10.16 at 138mph.”

All of that is with the original tune and blower pulley set up performed by Phonsy at GM Motorsport a few years ago, so there may well be a 10.0 or a high nine in it with a little fettling. Or total engine melt down! “It is surely going to need a good forged bottom end soon,” says Tim. “The engine now has 170,000km on it and 30,000 of those have been with the blower.” Helping make the car more highway-capable is a Gear Vendors overdrive set-up. 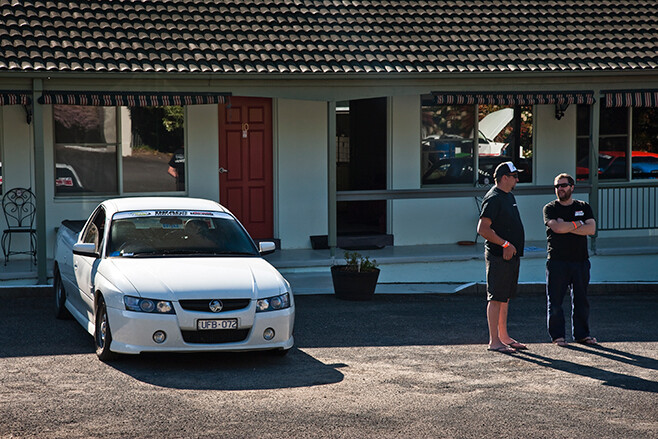 For his next challenge, Tim is planning to drive up to the Temora 1000 in October and see what it will do over the standing 1000m sprint. And yes, he’s taking the Holden by Design sunvisor off!

“After that, I’ll lean on the tune and see if we can run a nine at Heathcote, but I don’t want to strip weight out of the car to do it. The idea of this car is for it to be a true street driven thing that I can use for work. It is always driven to the track and the only time it has seen a trailer is when it is pulling another car,” says Tim.

“I’ve got a good bunch of mates who race some really fast old-school car and I’ve been really enjoying heading out to the track and racing with them. Going faster each time and not breaking anything is a bonus!”