NEW-millennium killjoys best leave any political correctness at the door before tucking into this 70s coming-of-age romp. Director Sam Grossman aimed The Van fairly and squarely at the hottest combo of the time: sex, drugs and custom vans. 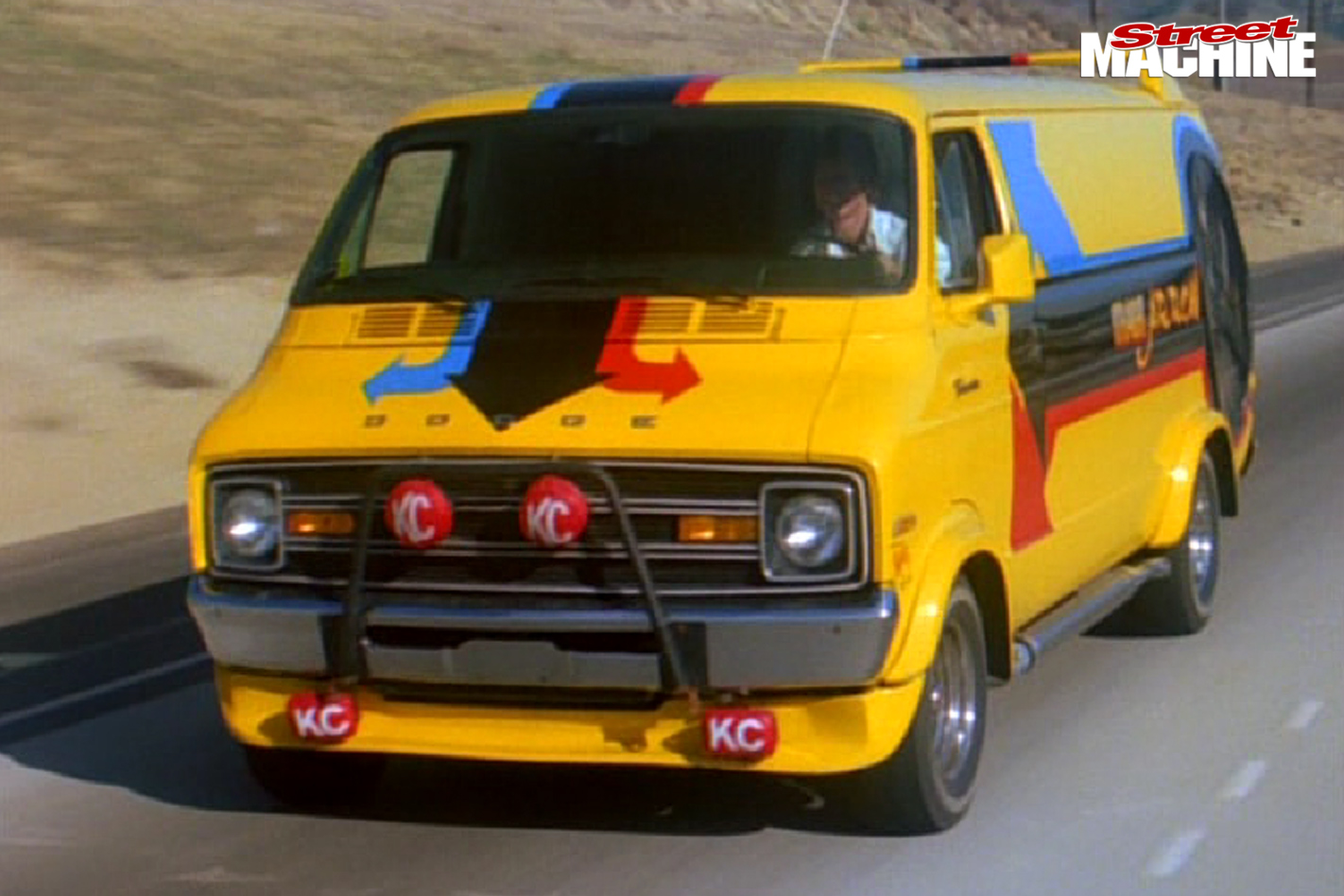 Bobby (Getz) is a daydreamer of a teen trying desperately to navigate his way from schoolyard nerd to regular beneficiary of the ‘free love’ vibe. With his senior year done and dusted, he scrapes together a down-payment for a hotted-up Dodge van dubbed Straight Arrow; we’re talking sidepipes, spoilers, fluff everywhere and – wait for it – a waterbed, using money saved working for Andy (DeVito) at the local car wash, topped up with a graduation cheque from his parents. 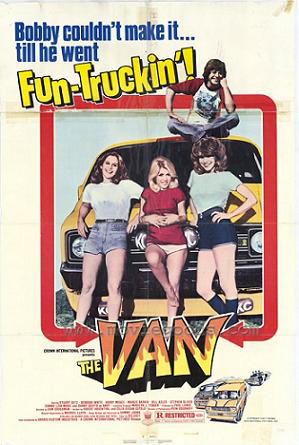 He hits the streets hoping this van will become a super-magnet for the chicks, but his moves need some polishing if he hopes to score:
Bobby: “Hey beautiful; you into studs?”
Hot blonde: “Yeah, but I’m not into assholes.”

A number of crazy liaisons follow, but Bobby has his sights set on one girl in particular. He dreams of riding the waves of his waterbed with local hornbag Sally Johnson (played by the dreamy Connie Lisa Marie), but Sally is forbidden fruit and – as per bloody usual – dating the local beefcake-slash-dipshit, Dugan (Oliver).

Dugan may refer to himself in the third person, but he sure as hell drives the toughest van – a black-with-flames Chevy that he races for cash against any local takers.

Amongst the heady shenanigans that become a staple of Bobby’s new life, he is lumbered with caretaking the sour, whiny, van-hating Tina (White), an otherwise third wheel to his best mate Jack (Moses) and her gal-pal Sue (Barkin). Sadly, Bobby somehow takes a shine to Tina and starts to lose the ‘free’ part of his free spirit, as she peppers him harder than hailstones at your local car yard. 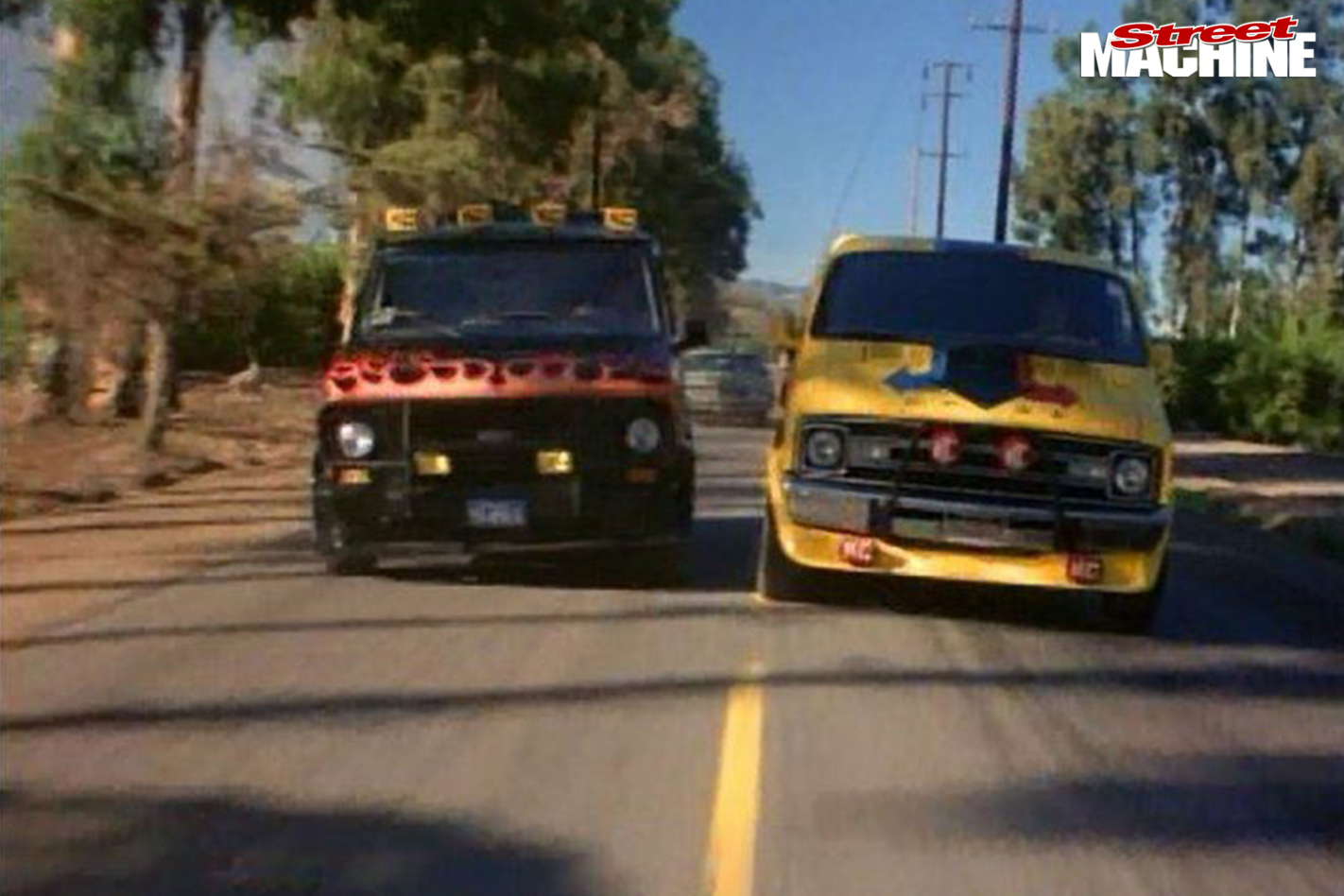 Bobby spots his monthly van payment to Andy to help him cover a gambling debt, but when Andy can’t repay it in time, it’s up to Bobby to make some quick van-saving cash by knuckling it out in a street drag against the always-flexing Dugan.

The Van is your typical B-grade 1970s cheese flick topped with a splash of Benny Hill-esque goofiness for good measure. It doesn’t take itself too seriously and neither should you as a viewer if giving it a run. I enjoyed the customising scenes, and the beach show is a snapshot of just how crazy and huge the van scene was at its peak. There are a few laugh-out-loud moments tucked in there – which for me centred around disasters with the waterbed – but on the whole it’s a movie from a time of simple pleasures, when film-making wasn’t strangled by the need to keep everyone happy. 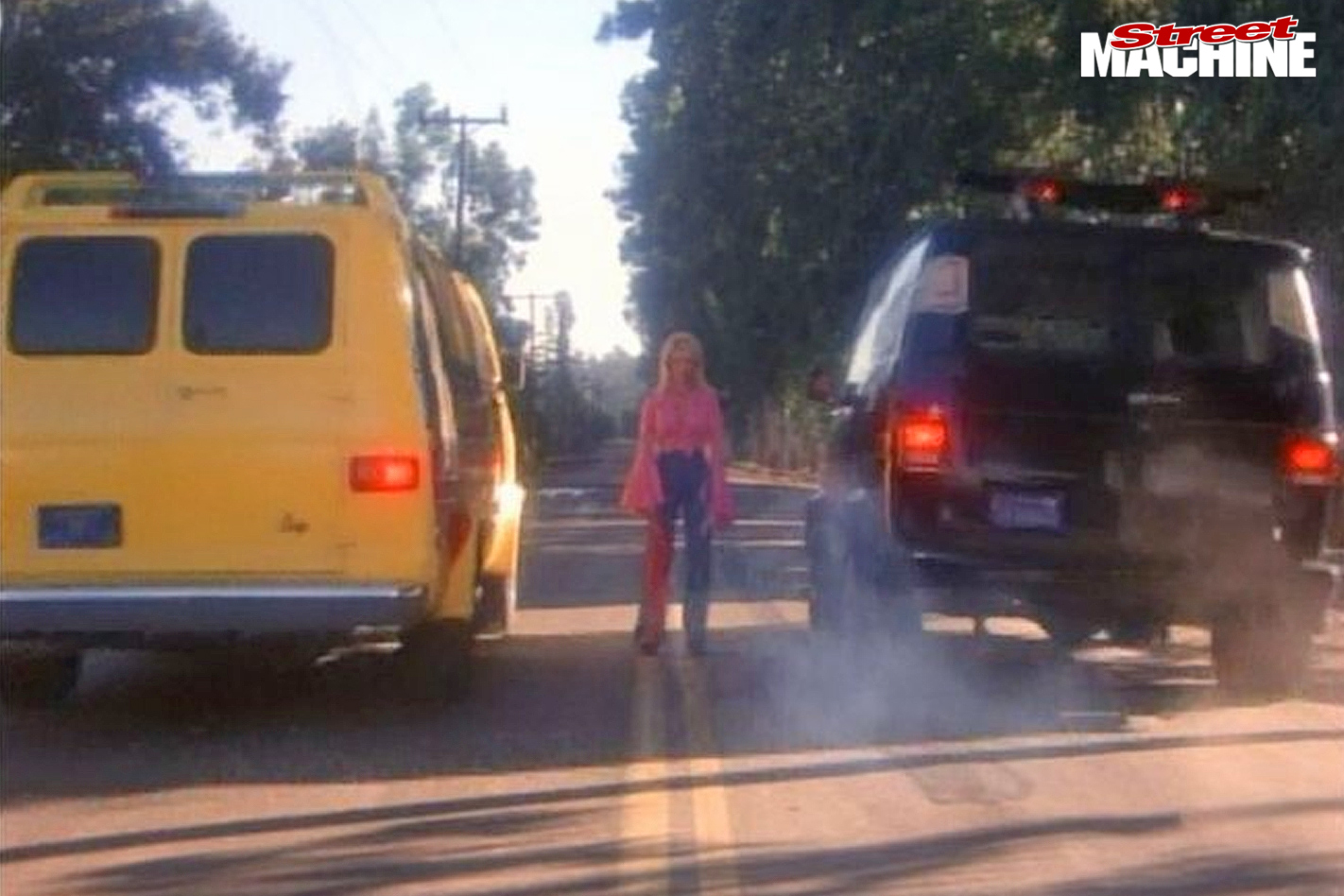 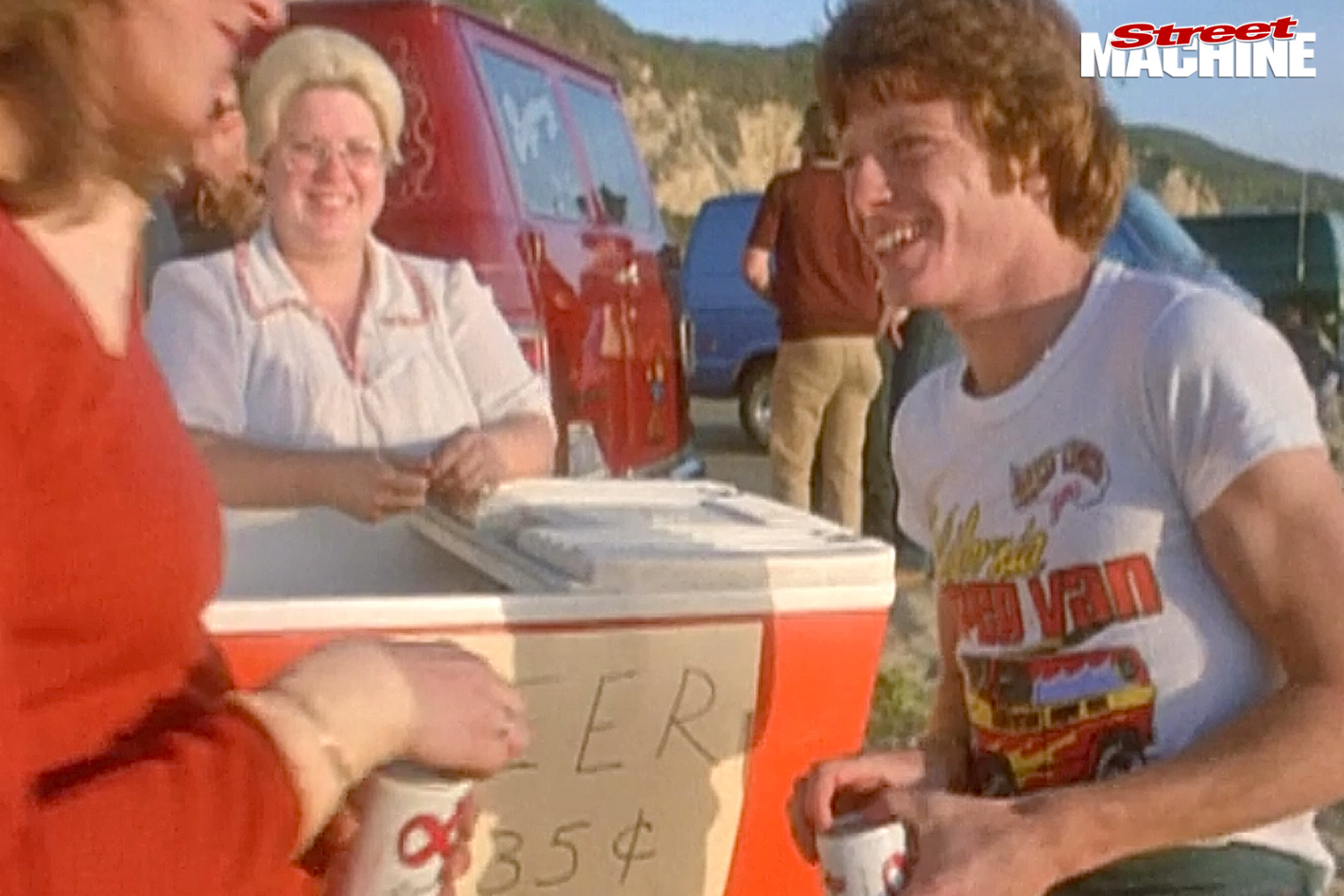 ACTION:
Drag racing vans is something you don’t see every day, while the pair of bumbling cops and their car antics is classic 70s movie fare 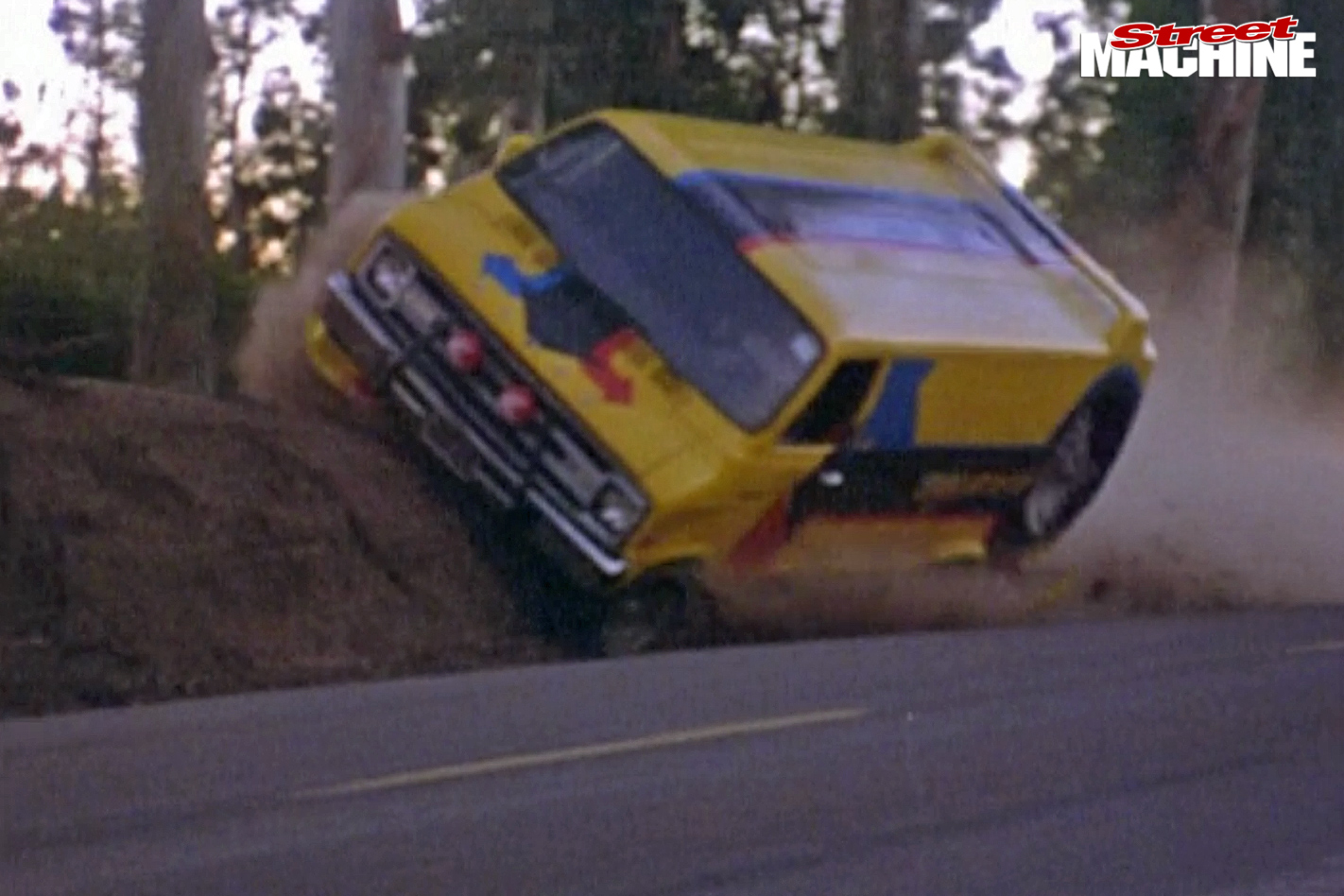 PLOT:
A graduating high school teen blows his college savings on a customised Dodge van to add excitement to his life and lure his dream girl

COOL FLICK FACT:
The starring Dodge Tradesman van was one of two built for the movie by none other than the legendary George Barris.