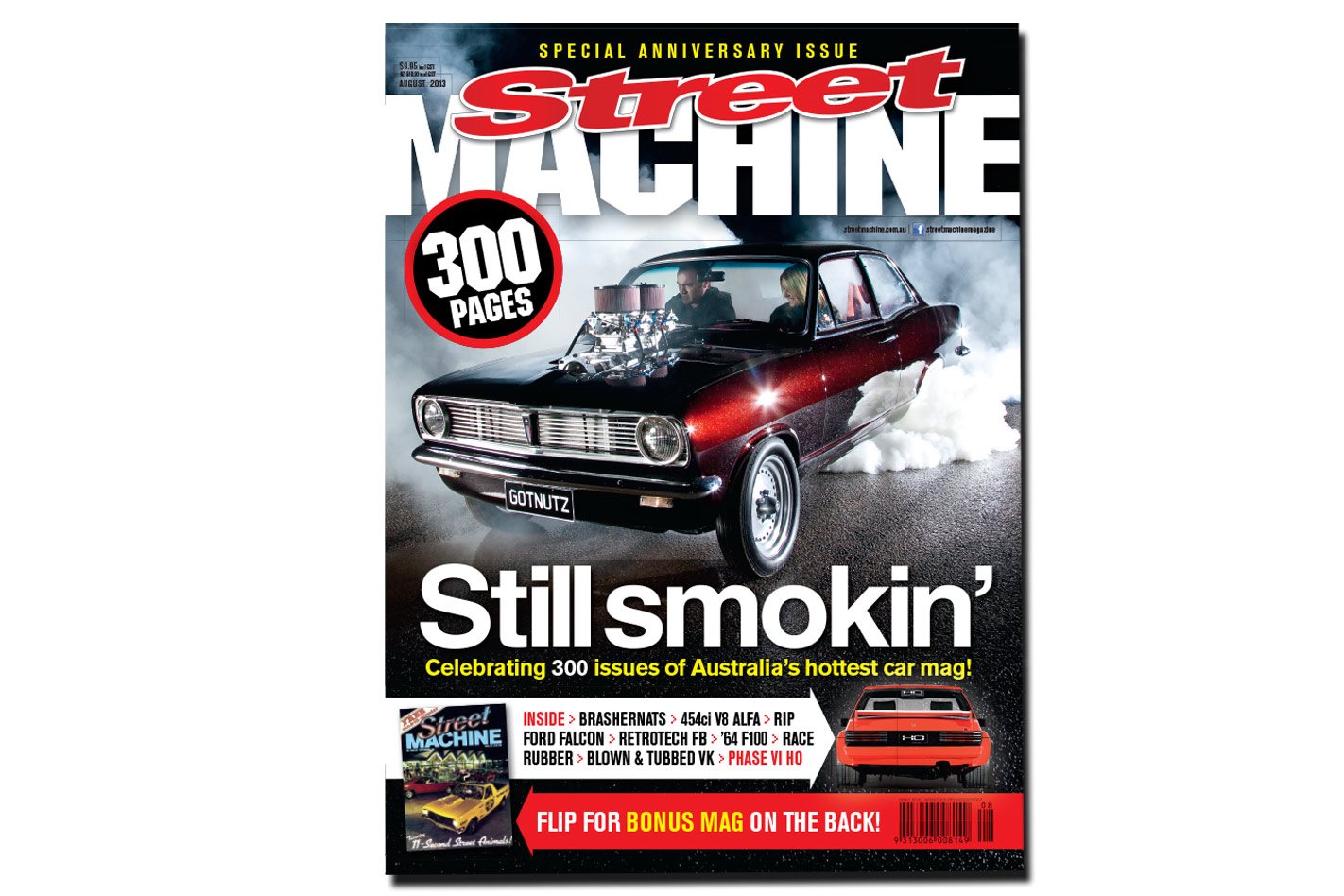 OUR 300th issue saw Adam Slorach and his rubber-melting HB Torana smoking up the cover and summed up everything that is awesome about our hobby: big blown donk in a small car, cool paint with big ’n’ little rims, and the whole shebang being given a hiding!

We acknowledged the impending loss of the iconic Ford Falcon by celebrating the best of the breed, and tipped the hat to the late Wayne Draper and the droolworthy Phase Falcon builds he created at HO Phase Autos.

Rod Andrews, our Legend this issue, reflected on more than three decades of race-car craft, and speaking of Rod, you only had to flip the issue over to eyeball his 11-second ‘Street Animal’ Holden ute on our second cover. That’s right, we included a complete reprint of our December ’81/January ’82 issue in all its glory – it had been far too many years since the phrase ‘free van and tit calendar’ had taken pride of place on Australia’s newsstands. 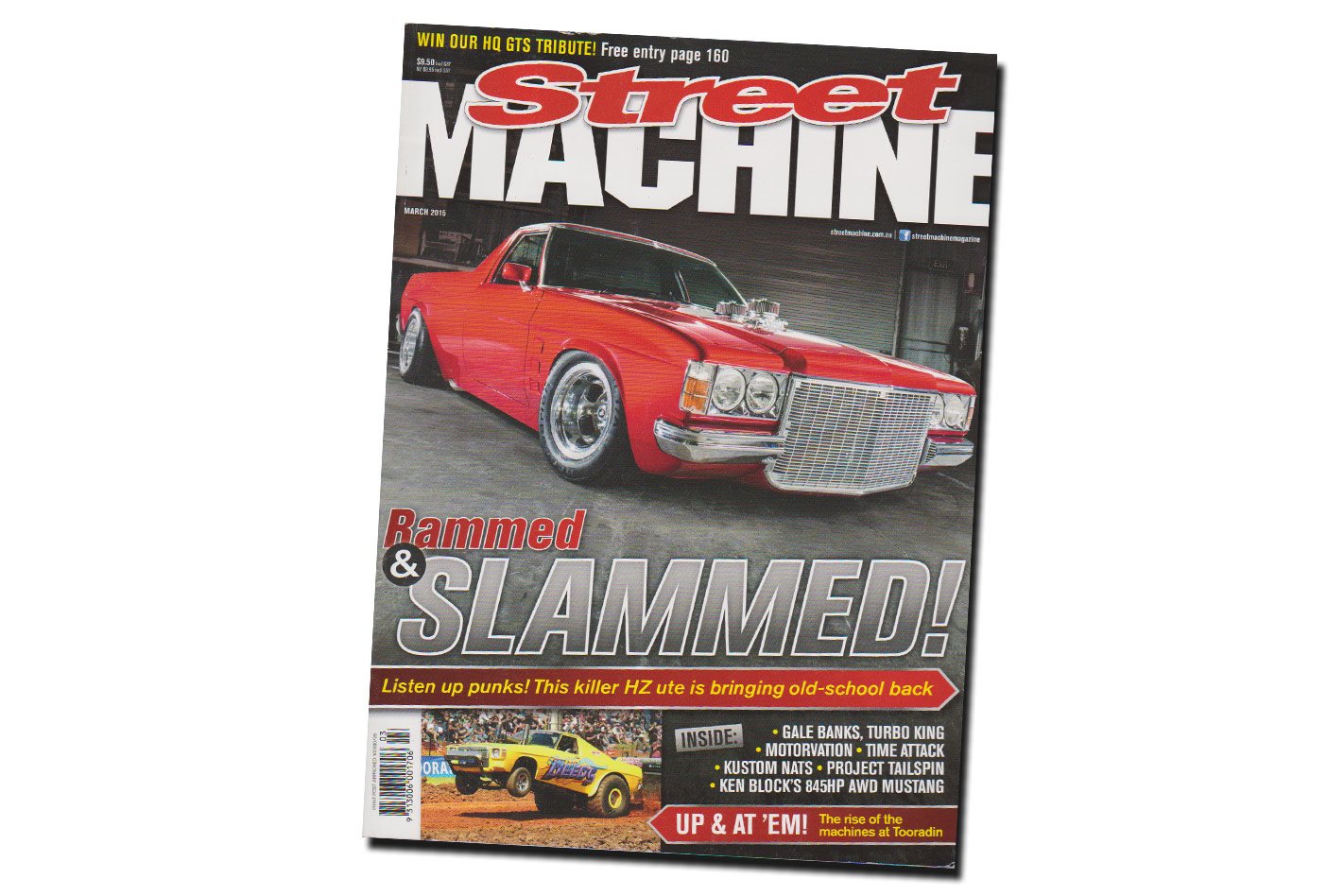 EDITOR Telfo took an old-school gamble when he chose Shane Harvey’s epic GRUNTA HZ ute for this issue’s cover, but really, anyone who couldn’t appreciate the 80s-era mods Shane executed with modern precision needed to question their place in our scene. And by all accounts, it was a winner.

The legendary McDonald Brothers took us for a trip down memory lane, which, along with our coverage of the 13th Kustom Nats at Phillip Island, kept the old-school vibes flowing.

Add to the mix our feature on Ken Block’s AWD ’65 Mustang, Motorvation 29 from WA, the Tooradin tractor pull and the 408 build for our ‘Project Swinger’ Dodge Dart giveaway car, and you could say this issue had all bases covered. 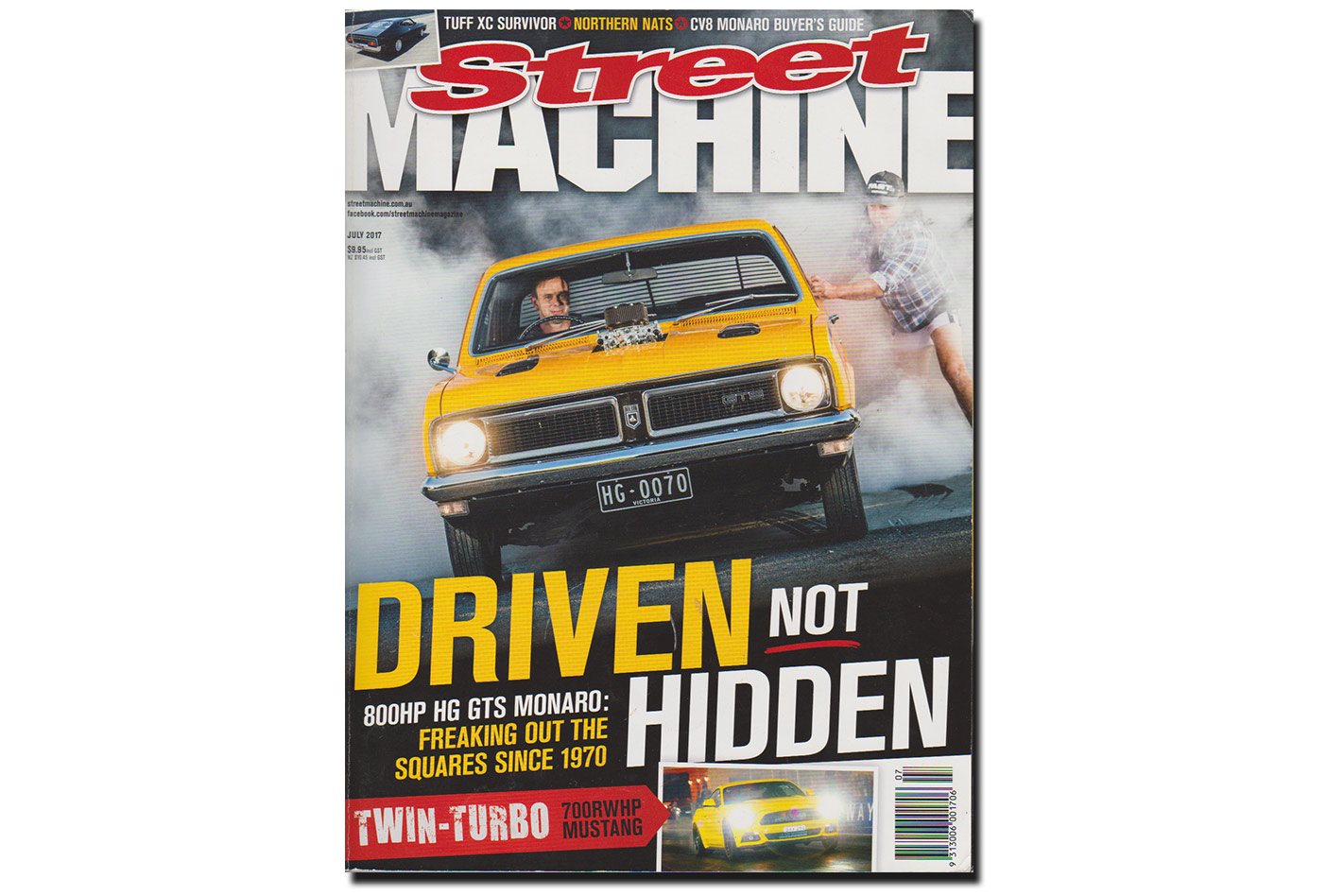 THERE’S something mystical about this cover. The image of Troy Vug’s tunnel-rammed, Indy Orange HG Monaro being stabilised by his durry-toting, flanno-clad, mullet-flowing, Capper-shorts-wearing mate was clearly inspired by our August/September ’82 cover with John Pudarich’s HJ, and was a hint of the goodness jam-packed inside.

We had an absolute blast at the inaugural Rattle Trap beach racing event held at Crowdy Head on the NSW coast, and Scotty got busy creating the first incarnation of our Turbo Taxi for Carnage. 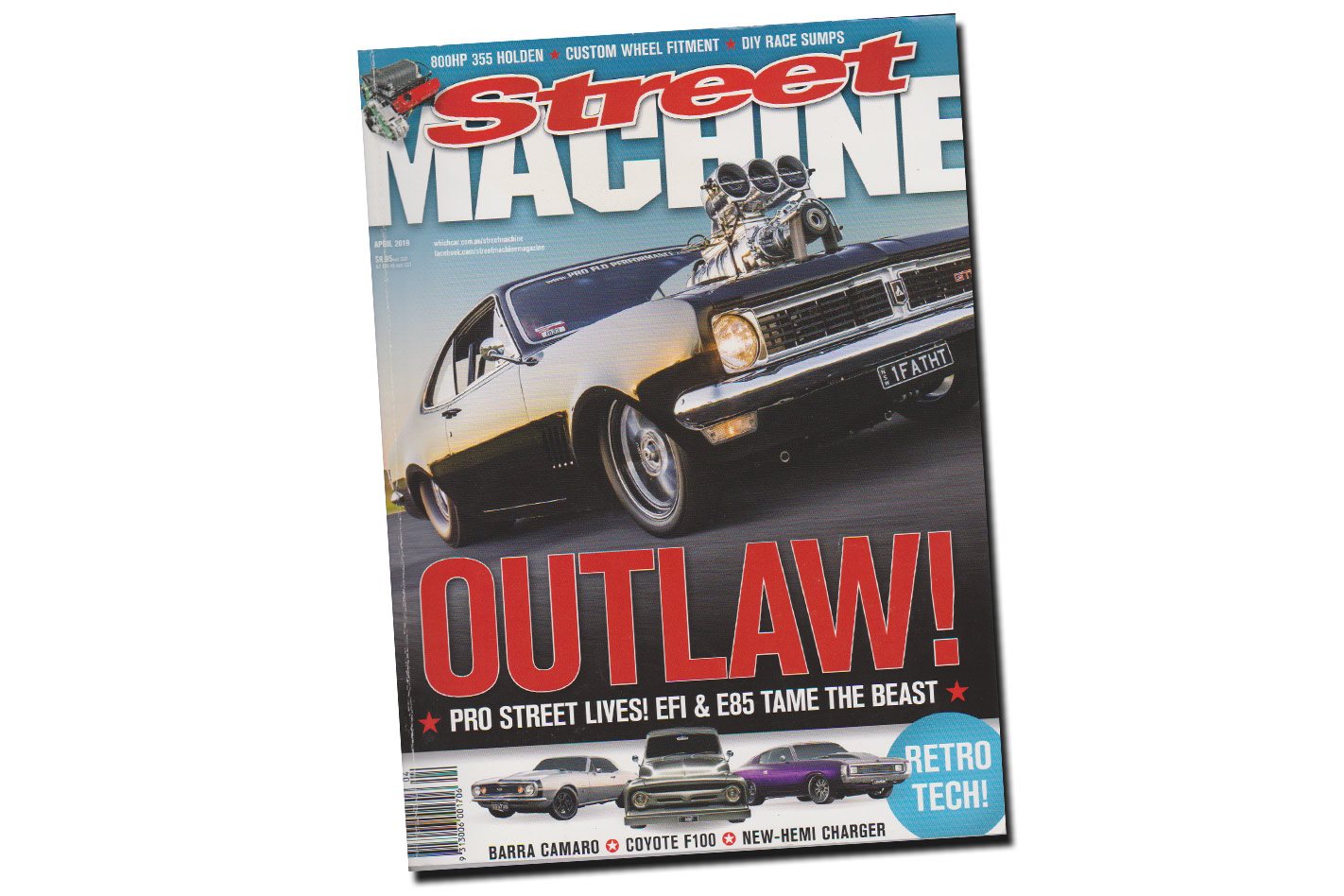 OUTLAW! What better way to sum up Brett Hewerdine’s epic HT Monaro. Sadly, we couldn’t use the FUCKIT number plate on the cover, but the car’s mirror-deep black finish and blown 510-cube Donovan donk more than made up for it.

We headed west to join the Myers family as they celebrated 10 years of Gazzanats in WA, and sat down with 1980s pro street godfather Greg Carlson to take an inspiring trip down memory lane. 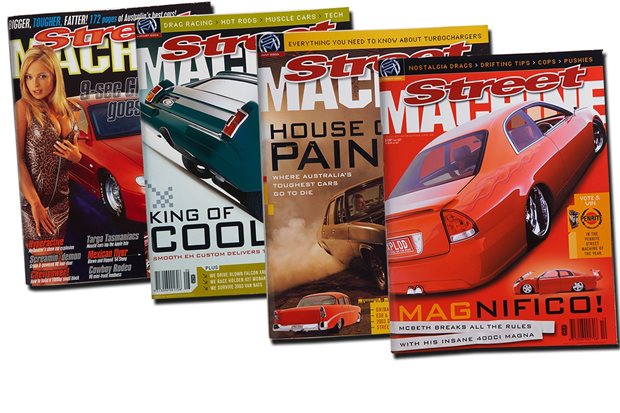 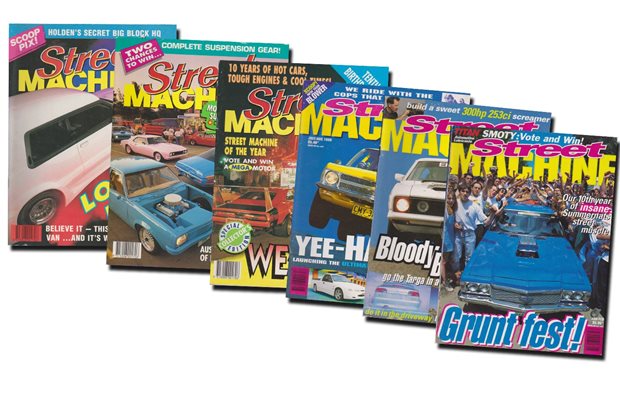 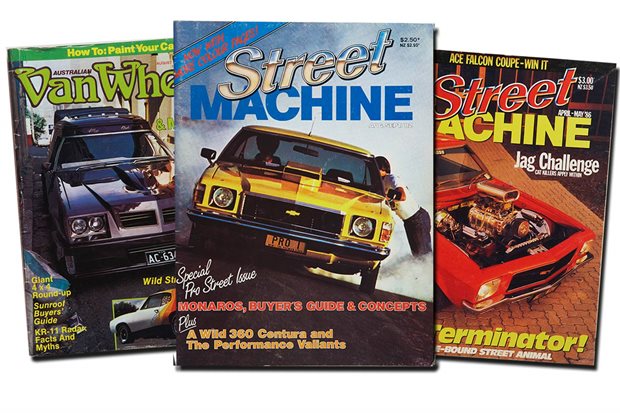