THE venerable Commodore wagon has had a storied career. It’s been a custard-stained family hauler, a mile-munching rep-mobile, an overloaded work truck and a stickered-up promo rig. It’s not always been the fastest or the most stylish, but we still have plenty of love for the longroof.

Like its sedan brother, the first-gen Commo wagon (released in July 1979) shared styling with its Opel donor, before diverging significantly from its European roots for the VN-VS. The wagon gained extreme booty for the VT-VZ range, before retiring as a lithe and likeable Sportwagon across VE and VF. Here are some of our favourites.

HOLDEN enjoyed sharing Christmas-holiday cheer by launching annual VH Vacationer specials. With a six-cylinder as standard, the Vacationer gained air conditioning, corduroy trim, height-adjustable driver’s seat, and a roof rack on the wagon. At least a few escaped the factory with the 4.2-litre replacing the old ‘blue’ six, giving the model some extra neddies for the holiday road. There’s much Gen-X love for those 80s decals and Vacationer-exclusive cast-and-chromed centre caps. We’ll have ours in Pacific Blue, thanks.

IT’S NO secret that Brocky’s Bertie Street laboratory of rapidity played things fast and loose. Stories of unofficial VH and VK-era HDT wagons are credible; as long as you had the coin, specifications were finalised over a dart and a handshake. Although HDT converted Berlina wagons to Calais-spec before Holden built its own, it took more options for the firm to fit a build plate. Bodykits, wheels and Bilsteins helped, with one example receiving a 5.6-litre stroker kit.

HSV’s first link in the wagon train was the 180kW, 5.0-litre VN Commodore SV LE. It was an exclusive variant, with a mere 80 wagons built between late 1989 and early 1990. But with the VP Sport Wagon following a couple of years later, the SV LE begat a long run of niche haulers that could really hammer. The VR ClubSport, VT and even VX Senator Signature series were built in limited numbers, before the ClubSport Tourer became a regular production option across VE and VF.

NOTHING said excess like the Avalanche. It weighed two tonnes, used all the fuel and had a face like Darth Vader, but the 5.7-litre AWD wagon could slay the quarter in a high 14, regardless of the surface. Be it on asphalt, dirt, probably even Teflon, HSV’s Adventra-based estate would accelerate unabated. It wasn’t the best HSV, nor was it the best Holden wagon, but for sheer audacity of the concept, it makes the list. 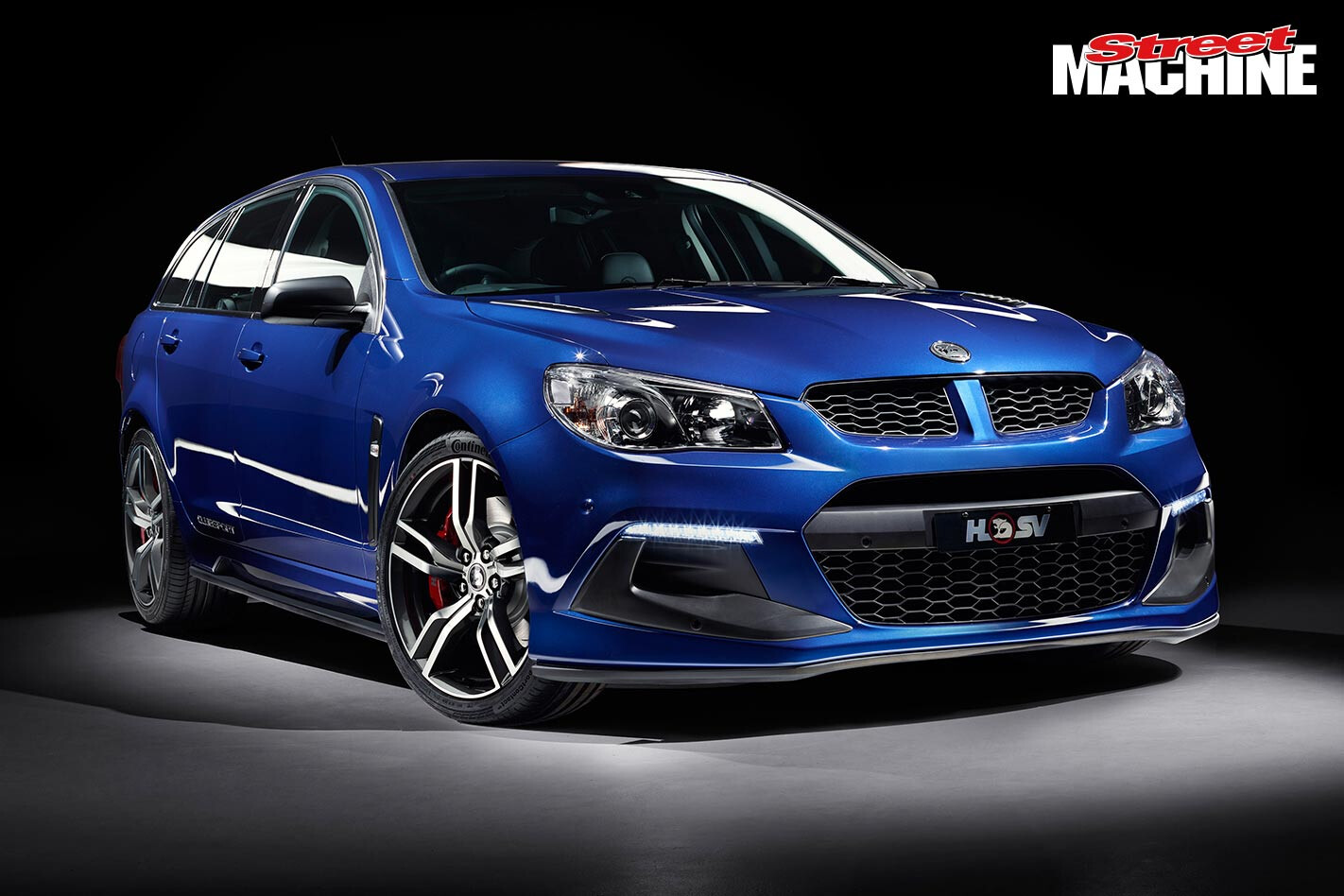 TAKE one Holden wagon, cover it in plastic bits (including a cow-catching front bar), install large brakes and 400kW of blown LSA power, then set about catching those cows in under 13 seconds per quarter-mile. Eighty-five grand wasn’t cheap for a Commodore, but to compete you’d be spending a much heftier sum on a stern German superwagen. With a chassis designed and built locally and its GM heart beating strong, it was the ultimate Aussie family truckster.