LOOKING at Alex Shegog and Fiona Moore’s freshly completed ’69 HT Monaro, you’d reckon that an extremely high quality build was always on the cards. But no — it just ended up that way. “I wanted to build a cruiser but once I started, it just got out of hand. I kept thinking: ‘What have I done? I’ve created a monster,’” Alex says.

This article on Alex Shegog's HT Monaro was originally published in the November 2013 issue of Street Machine magazine. 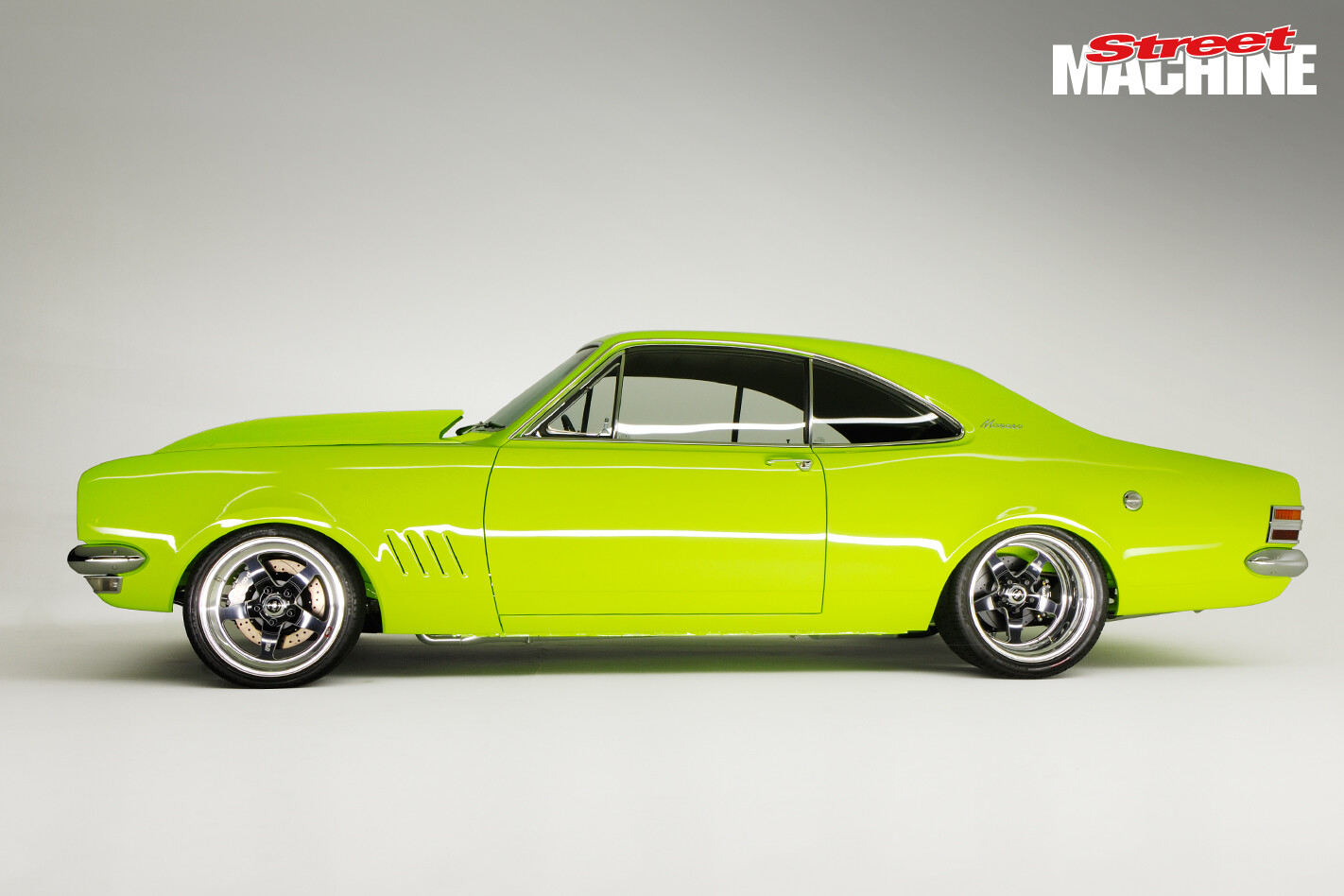 Its original guise was a universe away from what it became. “When I was 19 I bought it as a Chamois-coloured HT 186S Monaro. It was for sale in the car park at the Hot Adelaide 2000 car show,” he says. He paid $3500 back then. The nanna-spec coupe fulfilled cruise duties for a couple of years, before being relegated to the shed. But it wasn’t forgotten. “I spent two years noting down and sketching colour combinations. My vision was for a 308ci with mini-tubs, deep dish 10-inch wheels and a half-rollcage with the chrome bars visible through the back window. A cool cruiser.” 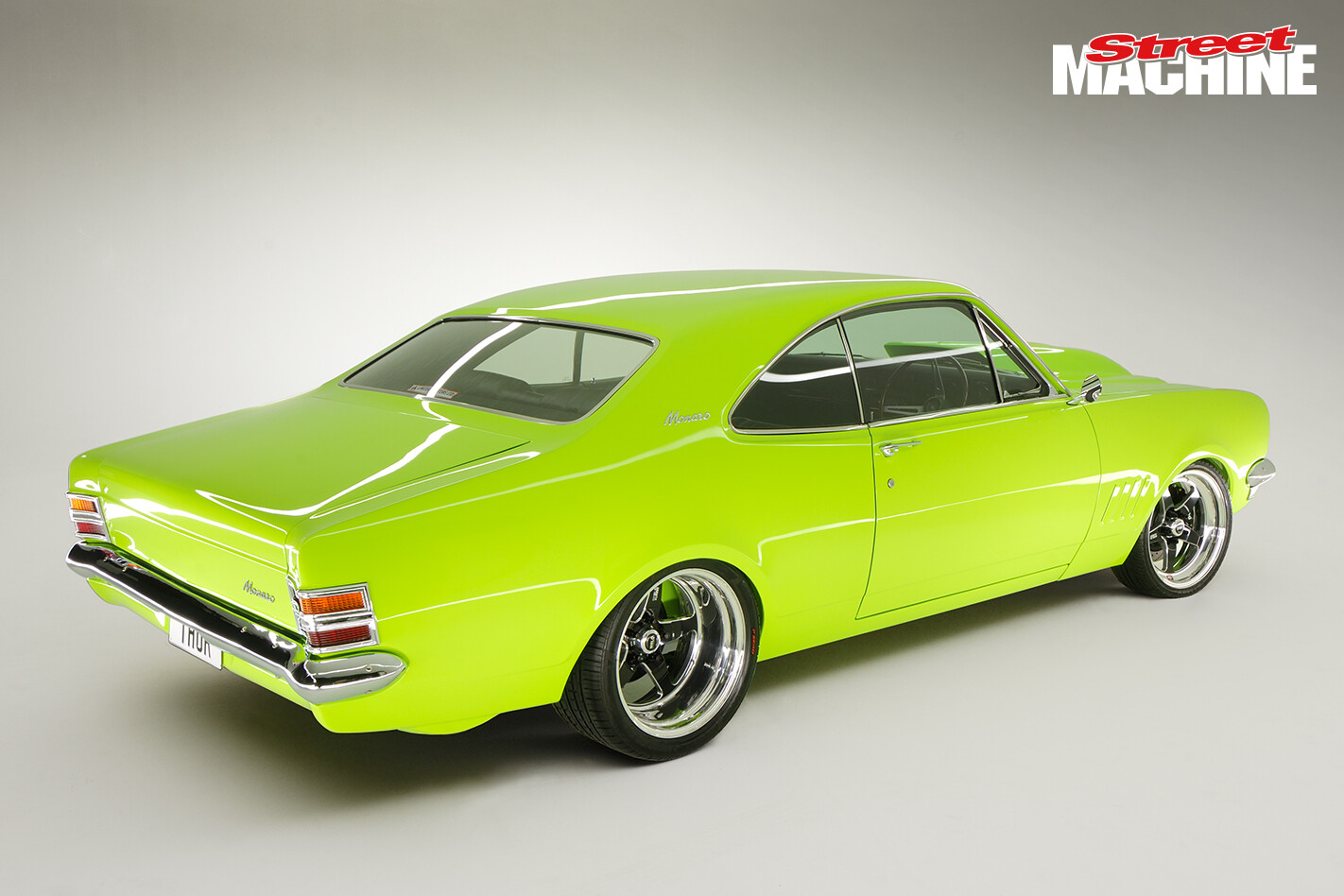 And in 2003, a chance encounter turned notes into action. “A customer came into the Autobahn where I worked and asked if anyone knew of a 186ci or 202ci for sale,” Alex says. That very night, the Monaro was relieved of its six. With the lid off the worm can, Alex stripped the coupe and gave the nod to Zagari Engineering to add the tubs, nine-inch and ’cage. Next, the HT moved to Alex’s dad’s workshop (the family’s taxi business), where Alex dived straight in. First-up the body — sans panels — was sandblasted while he paint-stripped the rest. “I designed the engine bay, then worked on the firewall, welded up 90-per cent of the engine bay holes and created a T400-friendly tunnel. I also had the half-’cage chopped out of it twice; I’m pedantic and want things done right.”

Several years went by as Alex and a few mates toiled away at his naked coupe and its growing list of mods. “Then in 2009 my mate Mick, a panel beater from Queensland, was on holiday and gave me a hand for a couple of weeks,” he says. PPG Barbados Green soon covered the undercarriage, firewall and the inside floor. Which was the moment the Monaro build was turned on its ear. “Chad Ackland is a friend and he’d just started his Xtreme Restorations business. We asked to use his booth, with Chad spraying just the shell. It was sort of a hand-shake agreement to begin with.”

The Monaro soon travelled north to the Clare-based workshop, where the build rapidly escalated. “Chad and his projects were gaining a lot of recognition and the Monaro got caught up in that and became a higher-end car,” Alex says. However, he remained closely involved in the project: “I was honest with Chad and discussed the build every step of the way.” Chad continues: “We did a heap of body work. The quarters and roof gutters were rusted out, while inside we re-worked the stereo facia and parcel shelf which had been previously chopped up for aftermarket gear.”

But the true art is up front. “I asked Chad to spend as much time on the engine bay as the outside of the car as too many beautiful cars have disappointing bays,” Alex says. 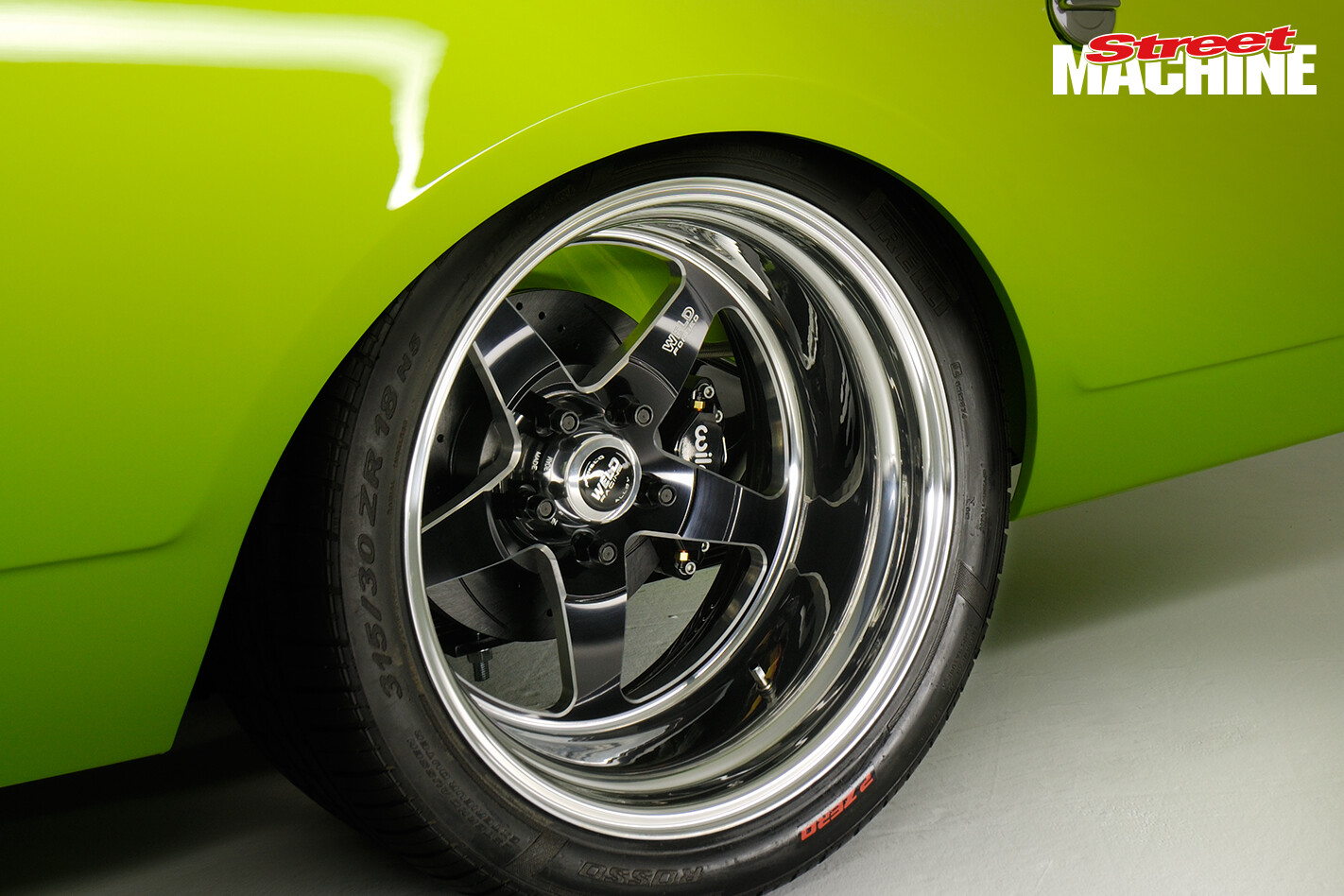 Accordingly, Xtreme created a silky smooth landscape by removing the lumpy factory edges and seam welds. The bonnet latch was cleverly incorporated into the flowing radiator support and the headlight holes were plated in the engine bay for a clean look. Once the list of body and bay alterations was complete, more vivid PPG two-pack Barbados Green drenched the topside, complementing Alex’s trigger-work underneath. Cabin-wise it is primarily genuine GTS, with a few minor adjustments — Lokar pedals and levers coupled with a B&M Magnum Grip Street Bandit shifter and genuine Mercedes carpet add a modern touch. Everything else is pure ’69 goodness, down to the original radio. Under the bonnet lurks a tough Chris Milton-built Holden 355-cuber packed full of the good stuff. It starts with a Holley 750DP Ultra HP on a Harrop Stealth single-plane manifold. Under that are EFI VL Walky heads with Yella Terra roller rockers and Ferrea valves, feeding off a Crow solid bump-stick. Below ACL Race pistons, VL Group A rods swing on a COME 355 crank. An all-MSD affair sparks the PULP, which is sent forwards via a MagnaFuel Quickstar 300 pump and MagnaFuel regulator. Cooling it all is a PWR alloy radiator with a 16-inch SPAL thermo fan, and custom Exhaust Technology four-into-one extractors and twin three-inch system whisks the exhaust gas away.

Behind the donk is a T400 with a 3800rpm Dominator converter. A custom 3in tailshaft turns a shortened nine-inch with a Strange centre and full nodular housing, 4.11 Richmond gears, Detroit Locker and 31-spline Moser axles. 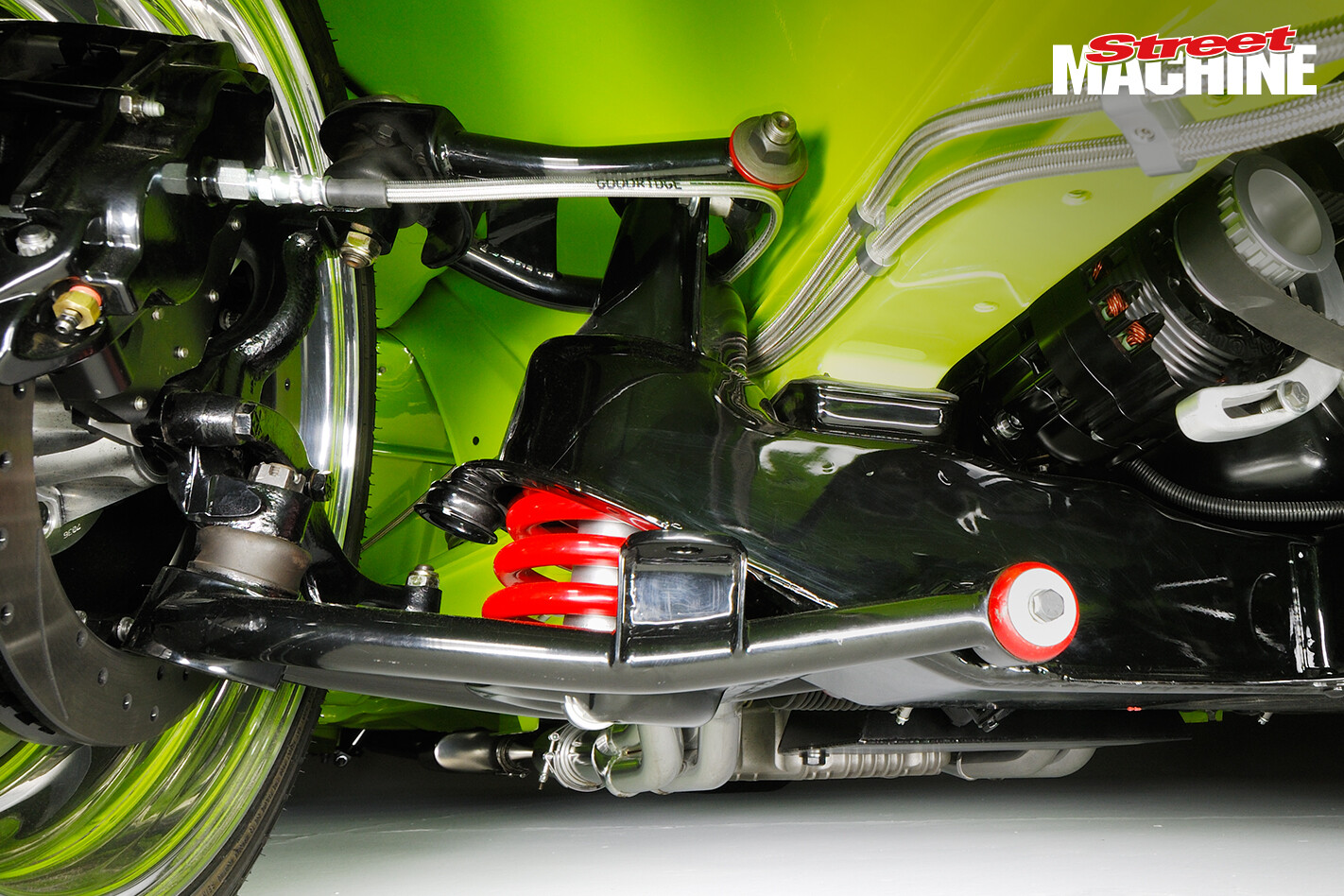 But his attention to detail was on the money, if public reaction is anything to go by. “At MotorEx people responded really well to the car. We received great feedback. I felt people could relate to my car, pointing to different things and saying: ‘That’s different’ or: ‘That’s cool.’ It makes all the hard work worthwhile.”