LANA O’Neill isn’t your stock-standard 16-year-old gal. Nup, she’s usually found in the shed with her dad Bill, covered in grinding dust and weld splatters. She’s been wielding the tools on her own sweet ’27 T roadster, a build that she started when she was just 12!

How’d you get to be building a rad T?

As a kid I had a miniature 1932 go-kart that was purple with flames, which I sold to Daniel and Sandra Horne (Iron Maiden SM, Oct ’16) for their daughter. With that money, Dad found me a steel 1927 T-model roadster body at the 2012 Croydon swap meet. 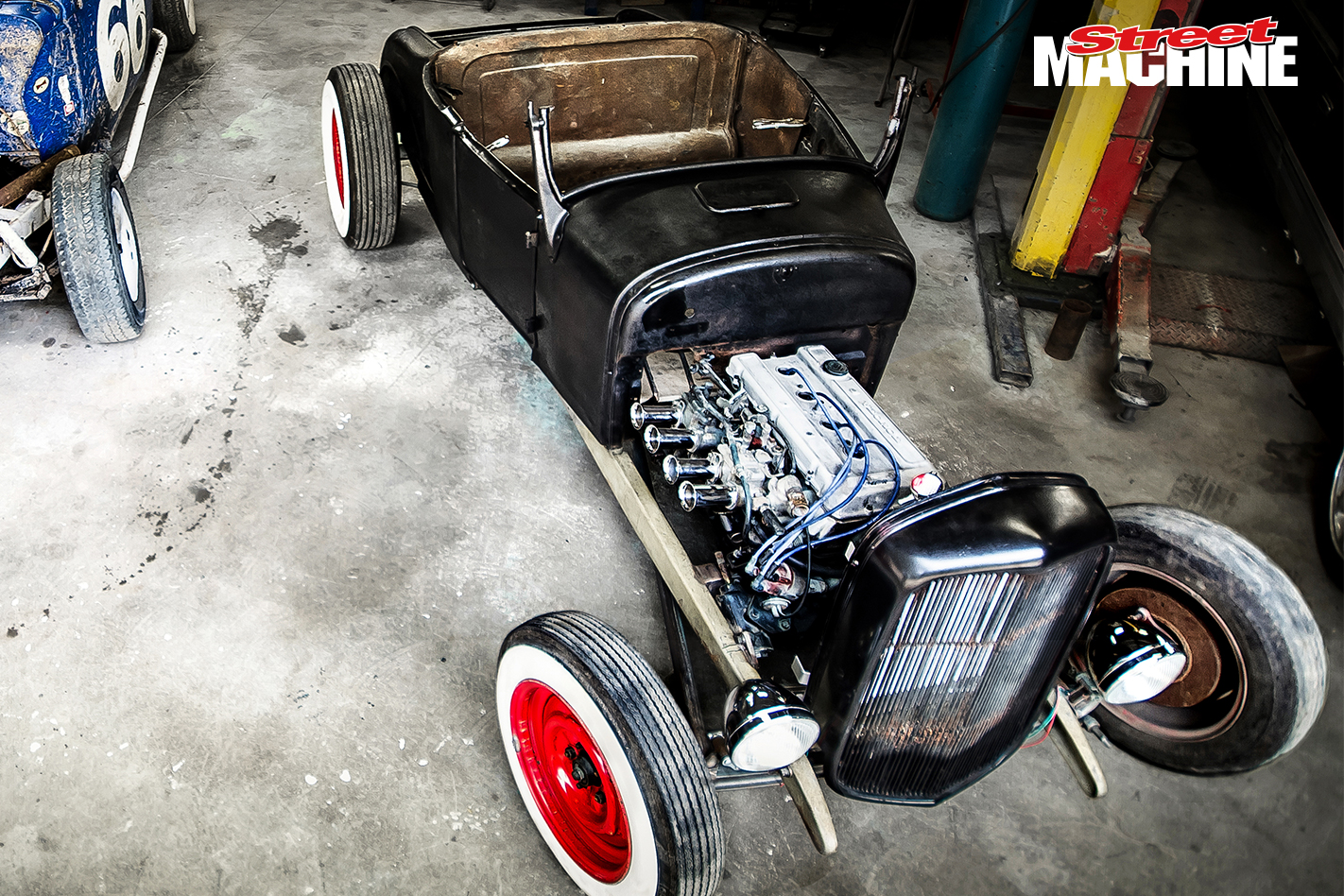 What have you done so far?

We’ve chopped the body eight inches and sat it on a Model A chassis that’s been stepped up 100mm to lower the car. I’m going to use a pair of ’32 rails as covers on the outer lower edge of the chassis to make it look more full in the body. At the back we’ve added a Toyota HiLux diff mounted by a triangulated four-bar and coil-over shocks. I’m not set on the rims and tyres, as I also like the traditional late-1940s-built T roadsters that are black with steel 15- or 16-inch wheels. 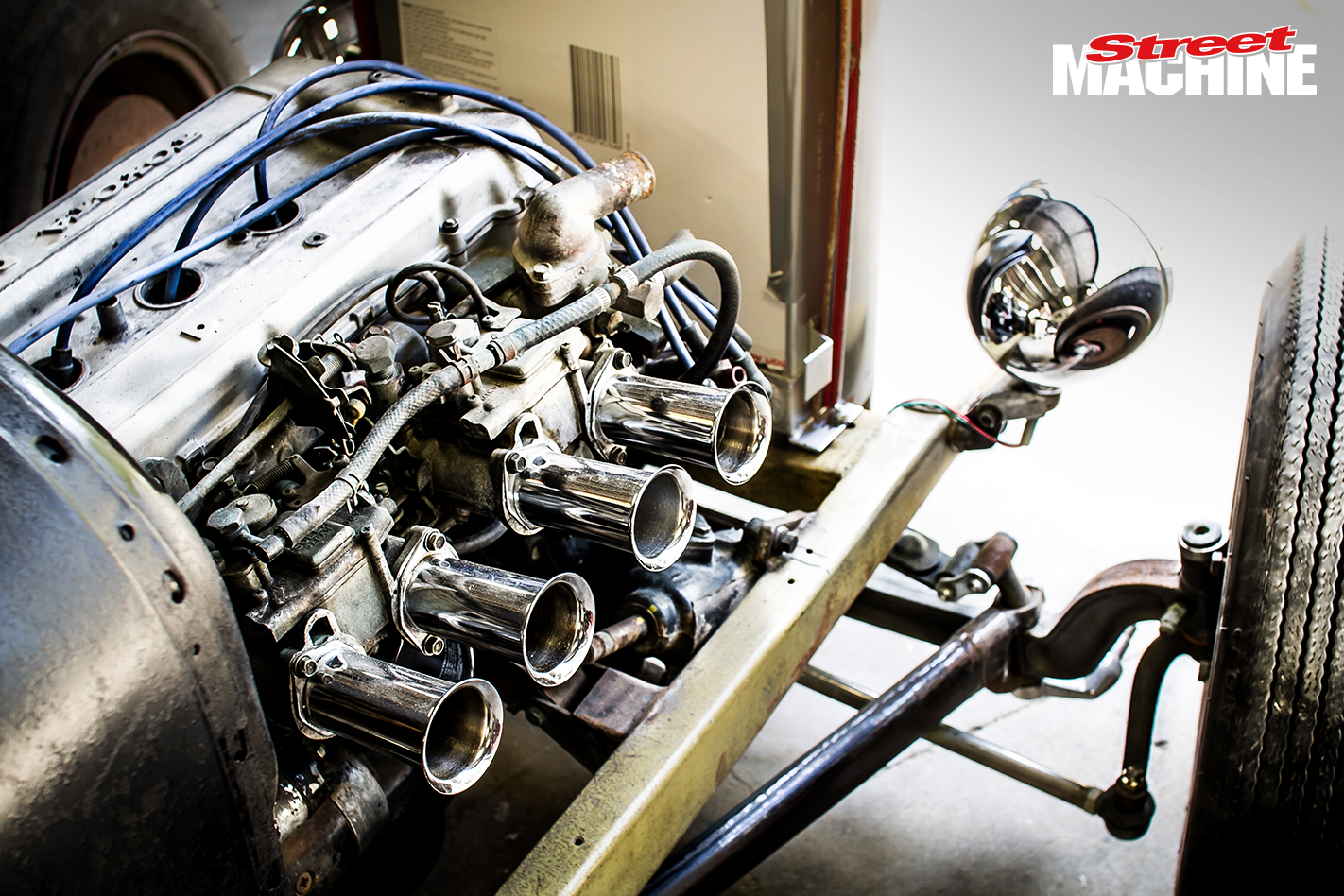 And the rest of the driveline?

It’s a 2.0L four-cylinder Toyota 18R-GU twin-cam factory race engine out of an early-70s Toyota Celica. Behind is a Toyota five-speed ’box. It will be cheap to run and also fast, but most importantly I can drive it while I’m on my Ps. 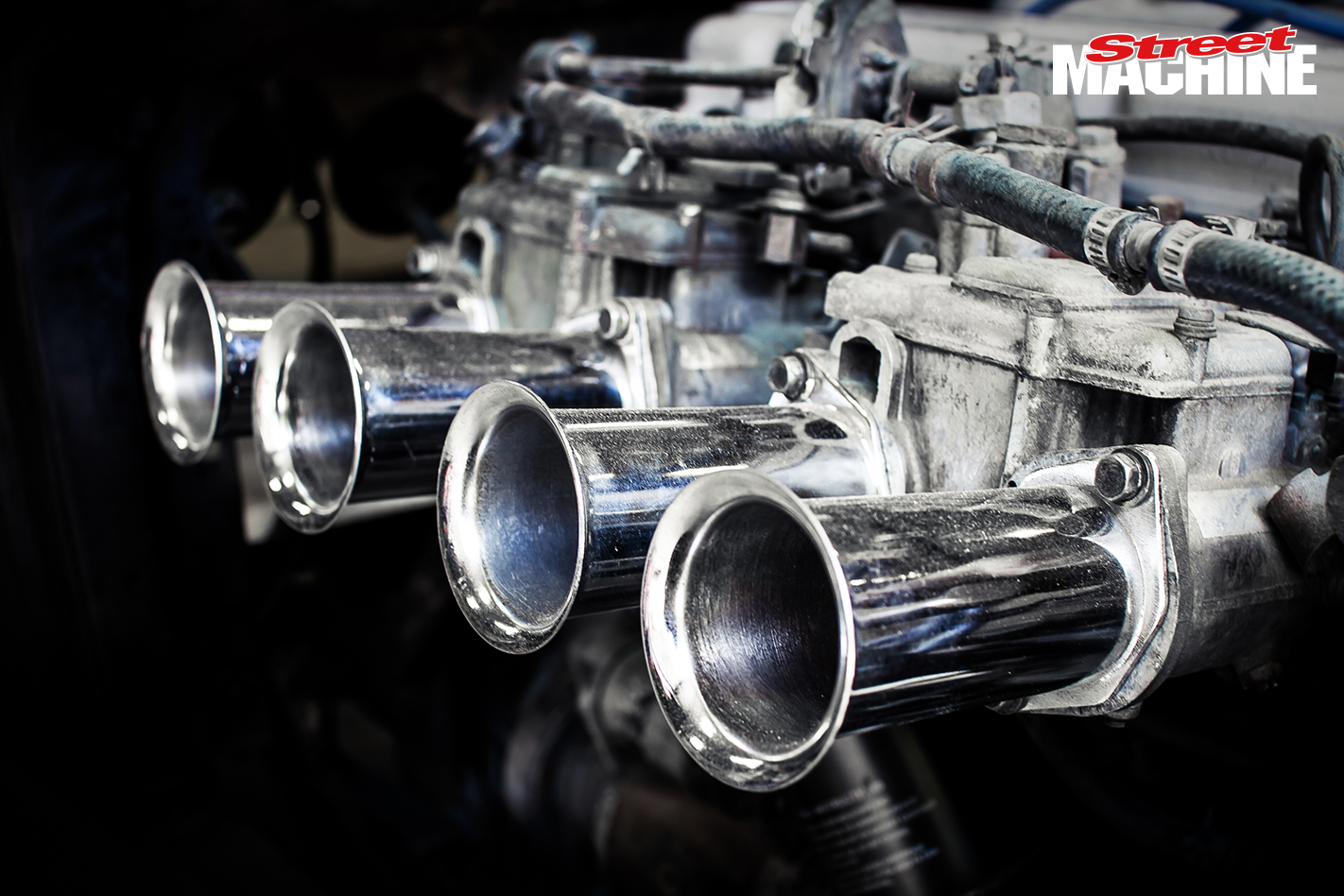 Who does most of the work?

Dad and I work on it together but he does most of it while I learn along the way. I’ve done a welding course, and I do a lot of the grinding. I plan to paint it myself as Dad’s a spray painter by trade and I’ve watched him work his magic my whole life. The plan is to have it finished in the next two years to coincide with my licence. 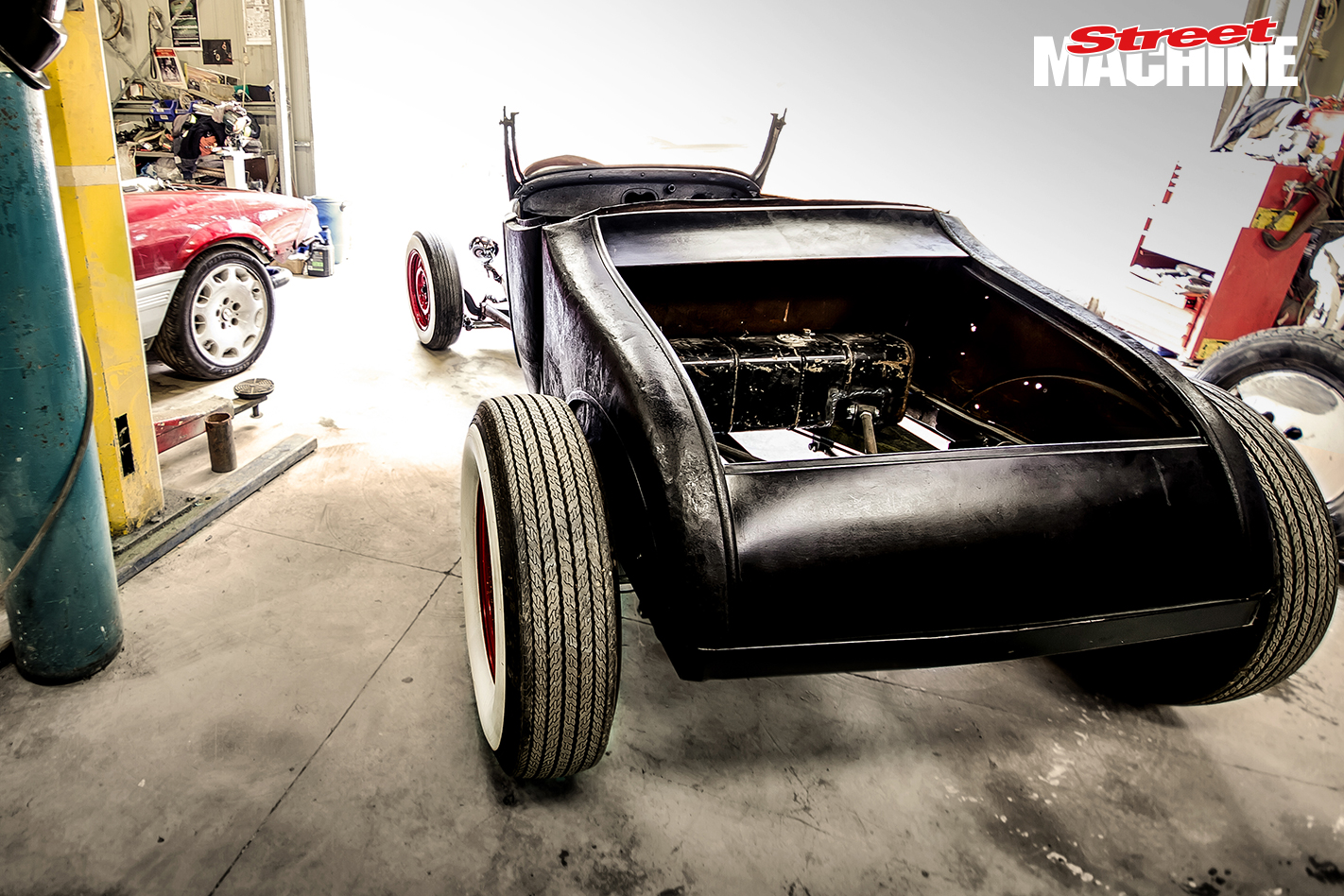 Are you in a rod club?

Dad has been in The Spades hot rod club since he was 16 and they had their 50th anniversary  last year. A few of my young rodder mates and I have formed our own club called Voodoo Kings to keep the tradition going. 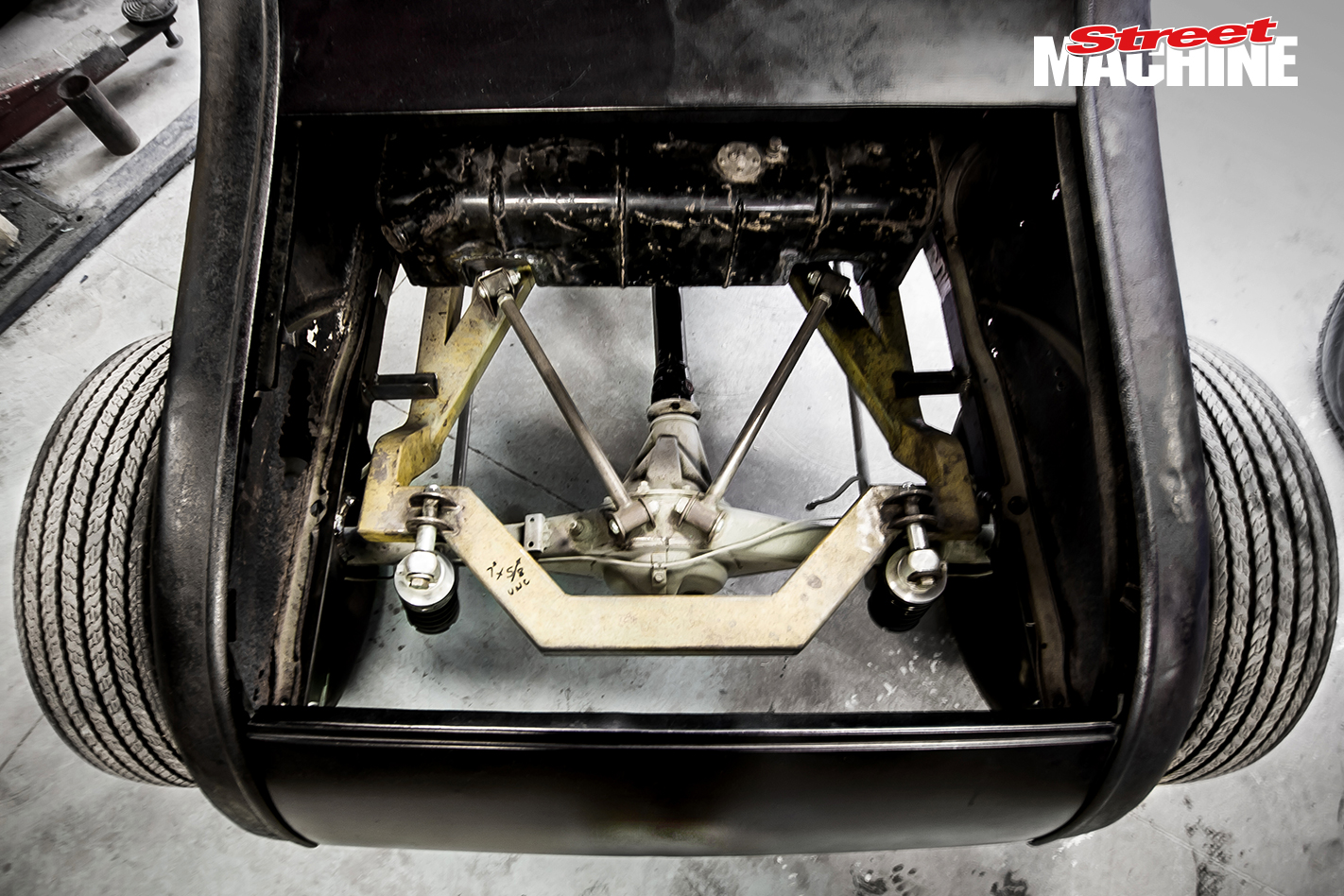 What does the rest of your family think?

They think I’m crazy but they’re proud of me and reckon it’s cool that as a teenage girl I’m building a car with my dad. I’ve also formed the Lana’s Hot Rod Gang rockabilly band with my brother, uncle and a family friend. The money from the gigs goes back into my project. 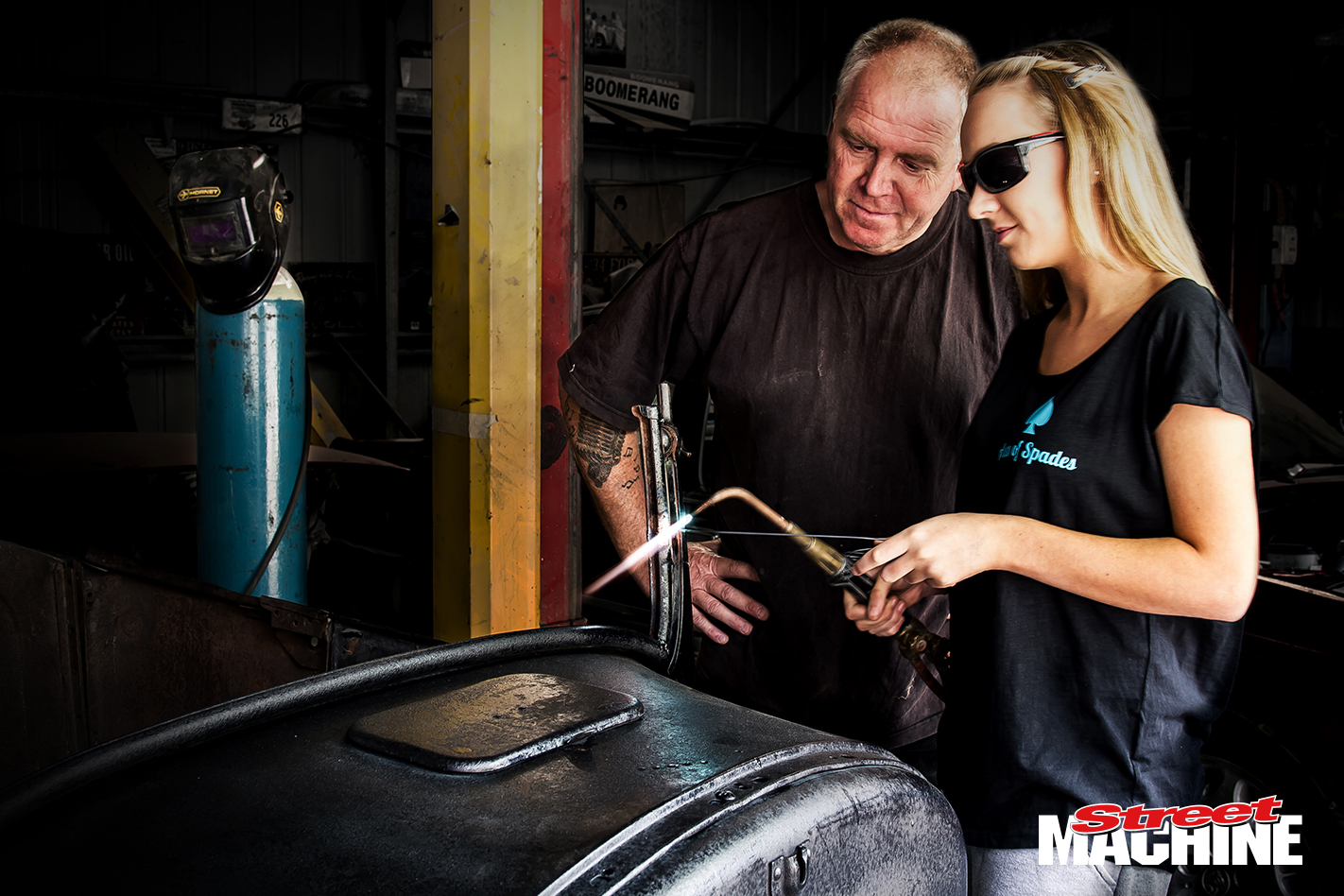 Dad, as he is such a great role model. He helps me achieve my goals and he wants the best for me. If it wasn’t for him, I wouldn’t be building this car. I love creating those memories together.

Dad, Bob Maloney, Early Hot Rod Parts, Hell Bent Hot Rods and all my friends and family who are helping me throughout the build.