WHETHER you love or loathe the term, ‘barnfinds’ are all the rage at the moment. Considering Jason Waye found this oh-so-cool XE Falcon Sports Sedan stuffed under a gumtree rather than in a barn, it may not be technically correct to describe the car as a barnfind, but it certainly was a hidden treasure that had been placed out of sight and out of mind for decades until Jason heard it was being offered for sale. 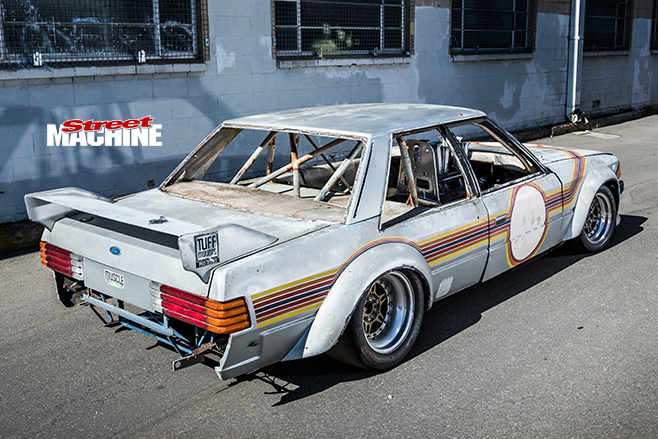 “The car was literally a chassis with a body on it when I found it,” said Jason. “It had no wheels, no driveline, no suspension; nothing. It was built in 1983, last raced in 1993 or ’94, and stripped and shoved under a gumtree in the late 90s. I was in love with it from the second I saw it; I had to own it.” 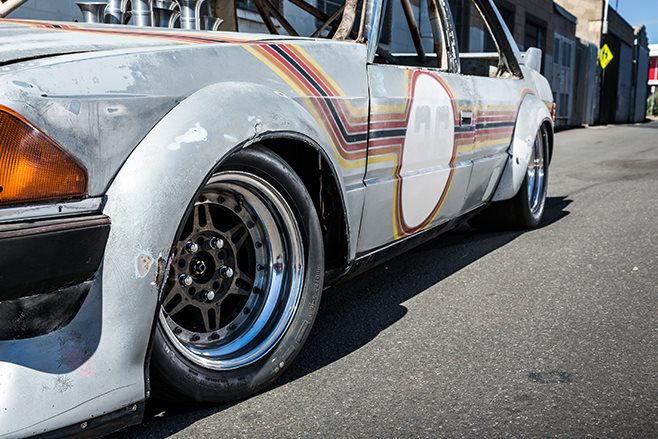 Jason is the proprietor of Muscle Garage in Adelaide, and the brains behind the popular Tuff Mounts range of engine and transmission mounts. He’s built a swathe of show-quality rides in the past, but this XE represents a bit of a departure from that theme. 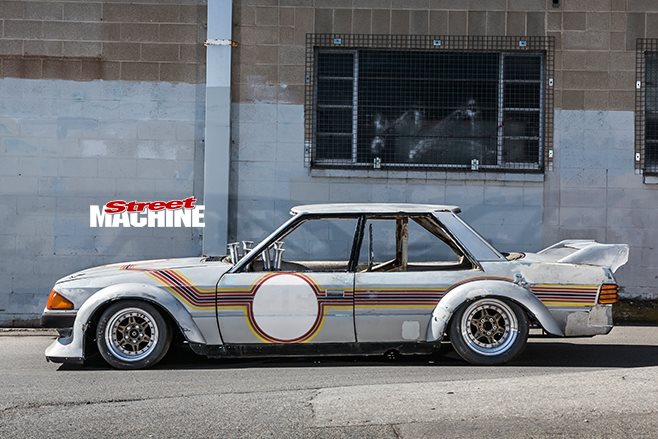 “I still love show cars, but at a higher level, the scene is getting out of hand,” he said. “You need to be dedicated and wealthy and have lots of time to pour into building those kinds of cars. I’ve always had a passion for old Sport Sedans, but never really furthered it until the XE popped up for sale.” 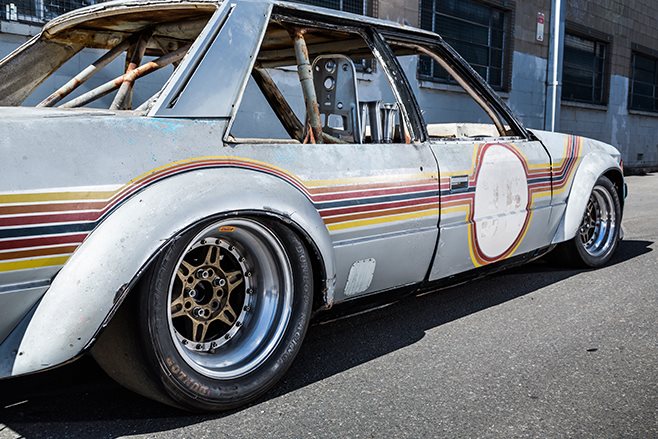 The limited information Jason has been able to gather on the car suggests it was built in Queensland by a gentleman by the name of John Butler, after his 307ci Chev-powered EH Holden Sports Sedan was damaged beyond repair in a crash. The driveline was salvaged, and John put together this Falcon as a full tube chassis car around the EH’s motor and gearbox. 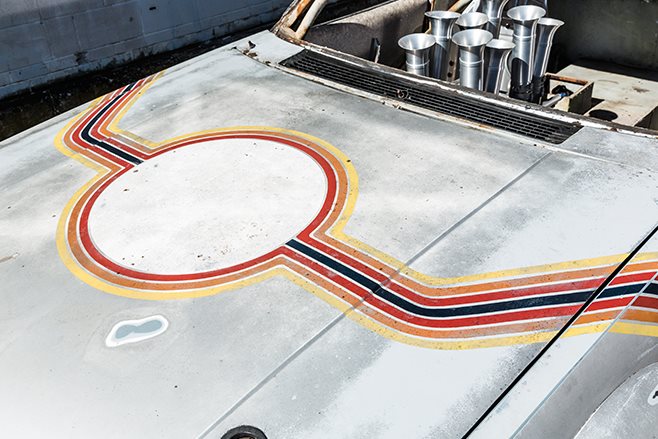 In between restoring another old-school Sports Sedan which you can read about in the August issue of Street Machine, Jason has started gradually returning the XE to its former glory. 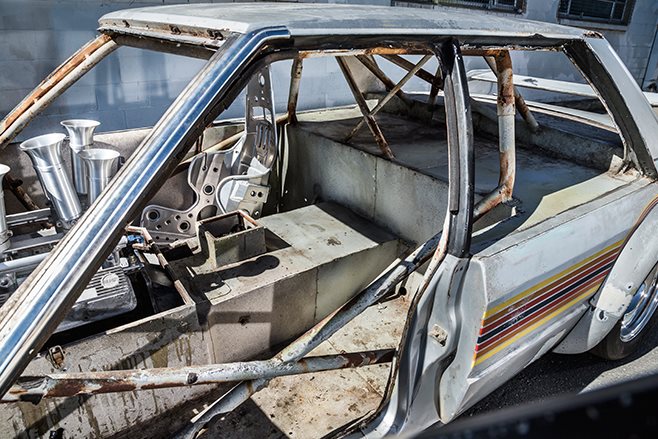 “So far we’ve set it up with a mid-mounted 307, Top Loader and a braced nine-inch, and got it rolling and steering. That meant fabricating the front control arms and rear four-link from scratch,” he said. “All we had to go off was the mounting points on the chassis, and research around what other cars of the era had – whether they used square or round tube, heim joints or ball joints – and then we just started from the mounting points out. It’s all been done in moly and uses HQ spindles and brakes and a Torana steering rack. The fuel injection in the photos is actually a 308 set-up just for display; Jason is on the hunt for the Chev version. 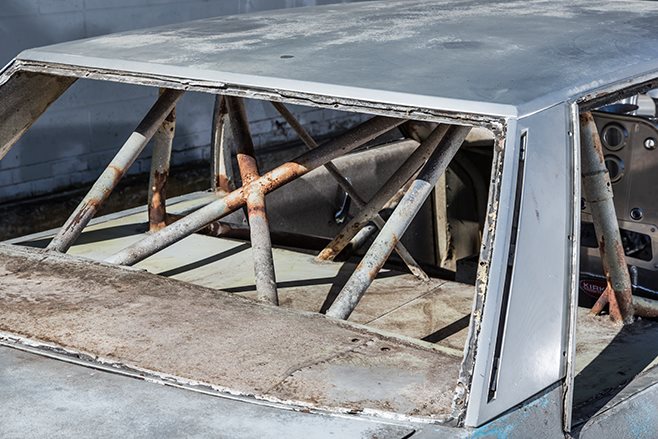 Without doubt, the coolest part about the car is the livery – it’s still exactly as it was originally painted in the early 80s. Jason isn’t planning on painting it, except in a few isolated areas where he needs to make rust repairs.

The car is a total time warp, and we can’t wait to see it return to the track! 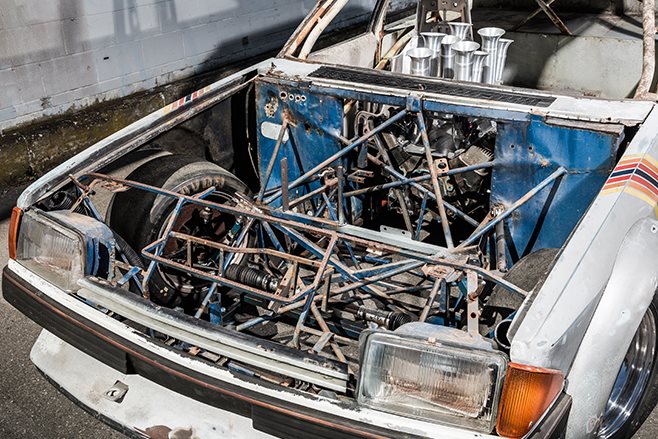