Tough Hemi six is boosted by a turbo and a supercharger!

SOME blokes are put on this world just to make life interesting for the rest of us, and Mike McCrudden from Glenlyon Motors in Victoria is one such character.

Check out this wild creation. It’s a turbo-and-supercharged Hemi six that he’s nicknamed The Frankenstein!

Pretty apt name as it turns out, because it measures up at 308ci thanks to a Chev truck crank and rods, and the head has a set of 2V Clevo valves. The cam is driven by a custom straight-cut gear drive and the dizzy is a combination of Chrysler and XF Falcon bits. 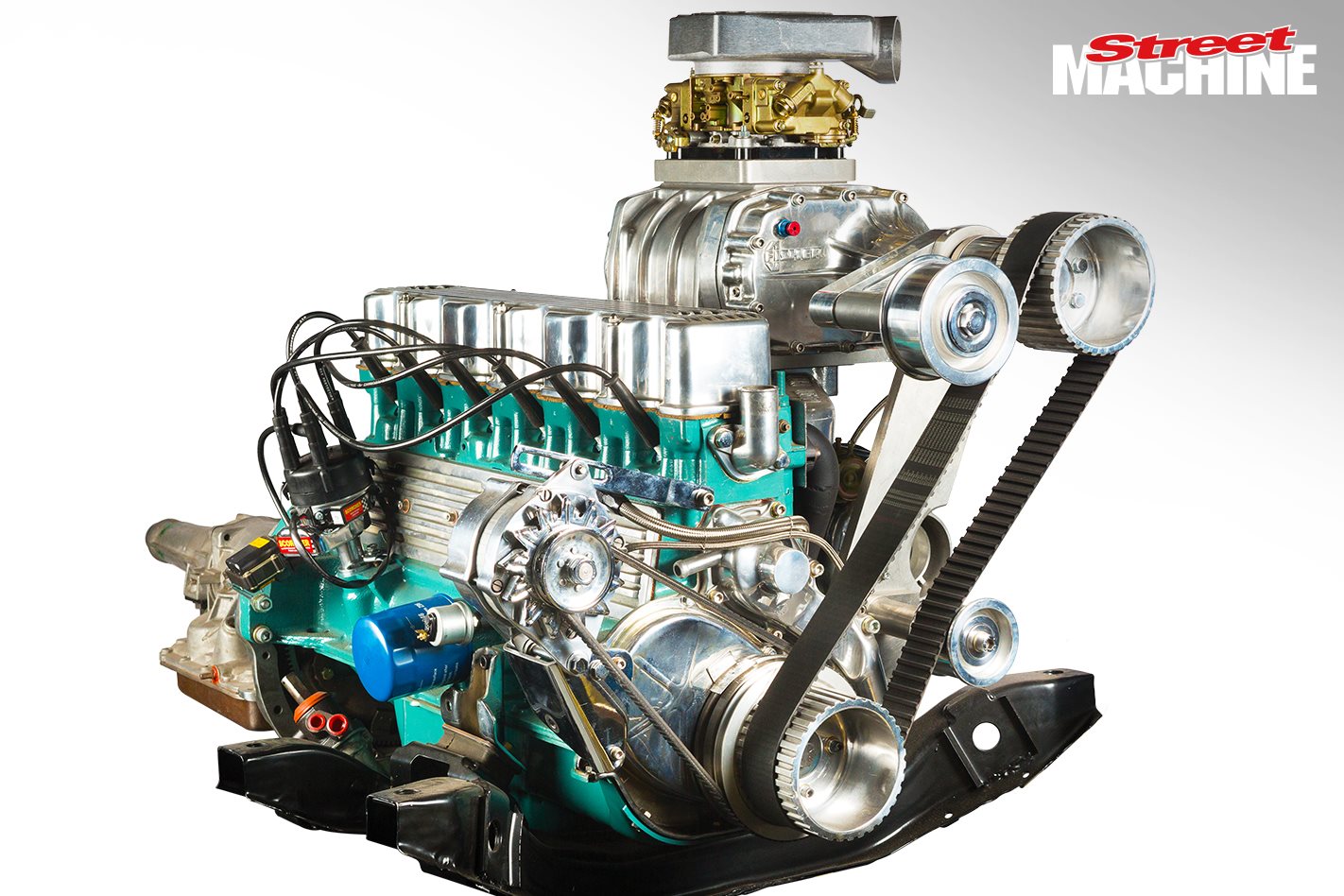 Counting down from the top, this Frankenstein donk runs a blow-through 650DP atop a Fisher-built 4/71 blower on a modified Cain 4bbl intake. The Garrett T04 ball-bearing turbo is mounted to an owner-built steampipe manifold. Mike’s looking to run it on methanol, and hoping to make 120hp per cylinder. Yep, that’s 720hp!

Worse still, it’s alive! Mike’s already had it running on a test stand and he plans to drop it into a tubbed VJ Dodge ute before the year is out, just for shits and giggles. Run for your life!