When Shyam Patel’s BT1 VL Commodore got pinched, he considered getting an import but he couldn’t resist the temptation of a boosted LS

IF YOU’VE ever walked outside to find your pride and joy ganked, you’ll know Shyam Patel’s pain. One minute his 308-powered BT1 VL Commodore was there; next minute, gone. Tears shed, dreams shattered.

Seeking to fill the void, Shyam’s path to horsepowerdom wasn’t as direct as these photos suggest. “I was going to buy an Evo or a GTR Skyline,” he admits, but then he was convinced by his mates to avoid grey imports on a cultural basis. “Plenty of Indian guys drive imports in NZ,” he jokes in his broad Kiwi accent. “So I thought I’d better LS something instead.” 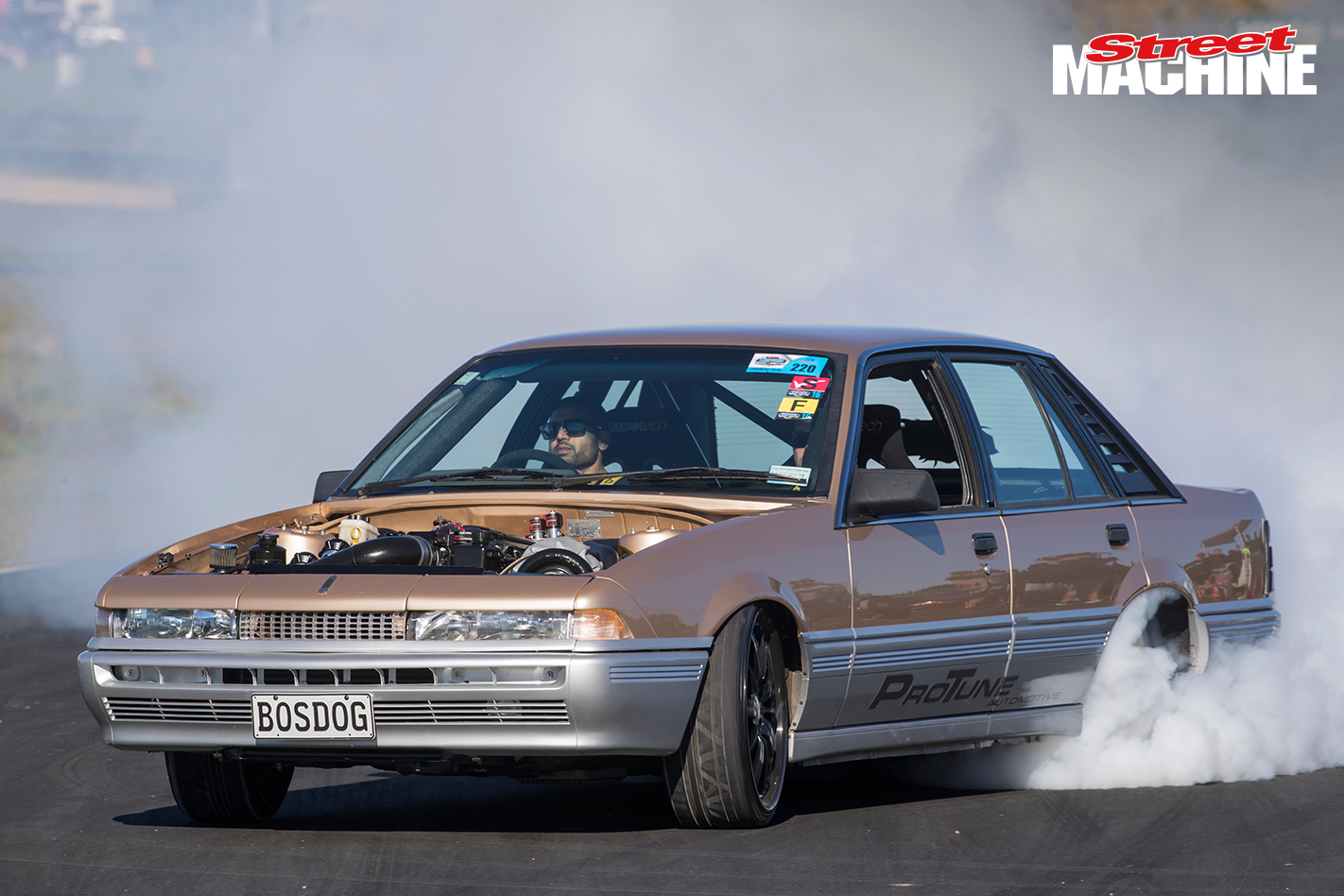 Partial to a good VL, Shyam found a contender on www.trademe.co.nz. “The dude lived down the line a bit; just a four-hour drive.” Lucky for our man, the owner was coming to Auckland for the weekend, so they arranged to meet. Shyam bought the VL on the spot and the seller had to take the InterCity bus back home.

The old Calais was far from mint, but it was the right price and, as Shyam’s mate Chris Speedy pointed out, it wasn’t like it was going to stay stock. “It had shopping-trolley dings on it and rust behind the front and rear screens; the usual places. Oh, and it looked like someone had elbow-dropped the roof in,” Shyam says, eyes wide in disbelief.  So the car was rolled into Speedy’s workshop. Shyam was keen to bin the Nissan RB30 running gear, so they sourced a good, second-hand LS from the wreckers, dropped it in, and made up new engine and gearbox mounts to suit. 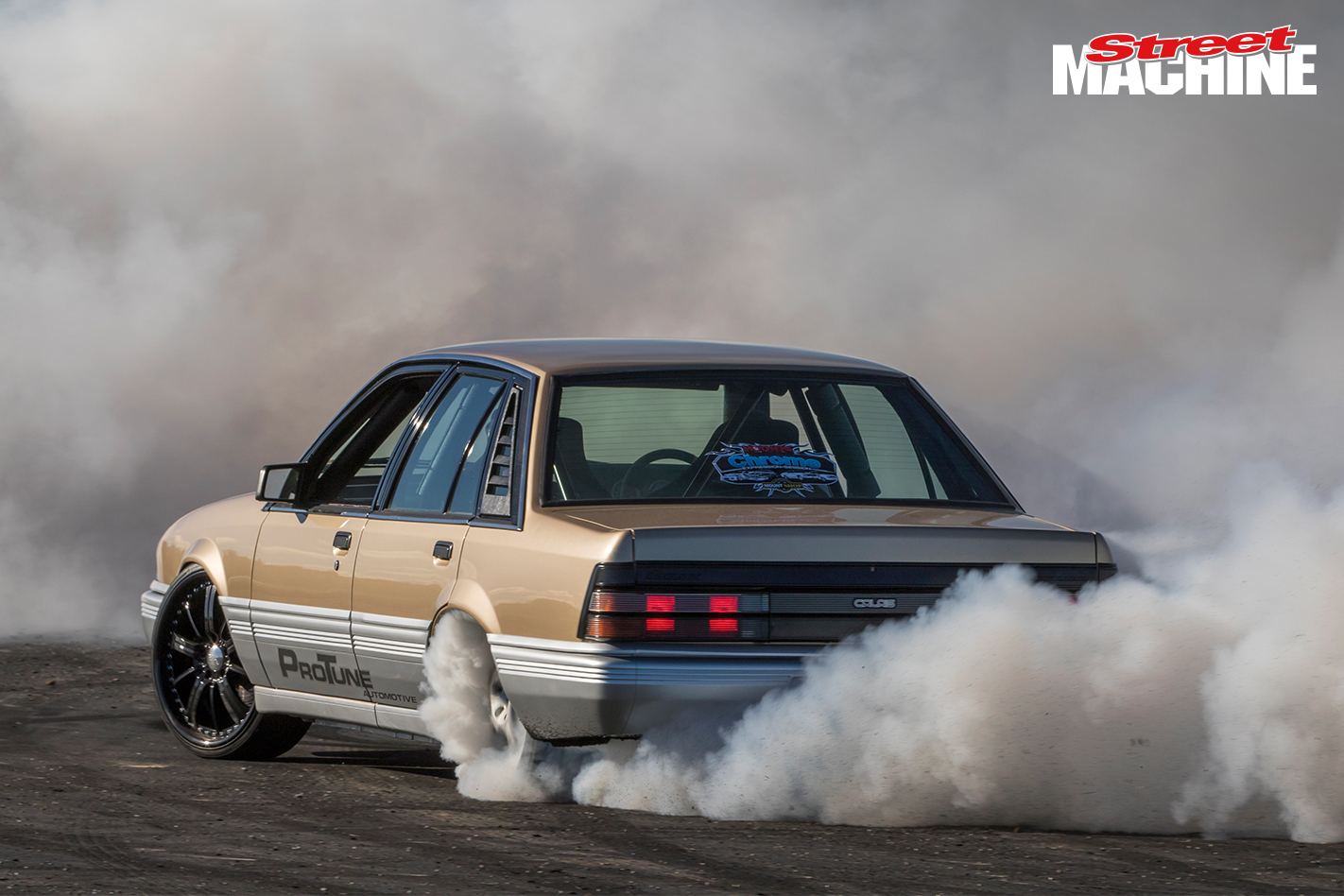 Original plans didn’t include a turbo, but while Speedy was vocal about the benefits of forced induction, it took a hair-raising ride in another mate’s turbocharged VZ SS ute to change Shyam’s mind. “It went like a cut cat, so it didn’t take much convincing after that,” he says. 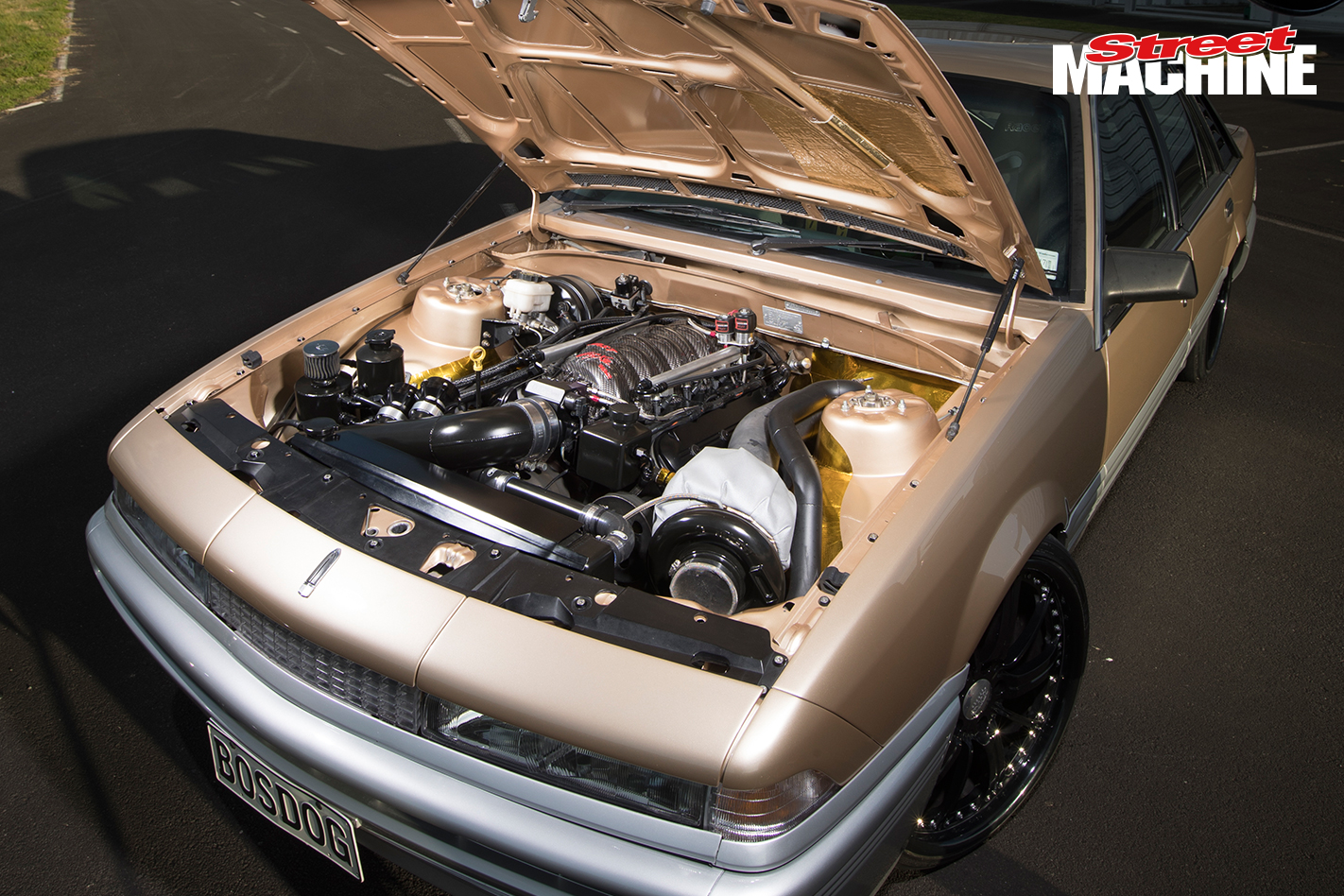 With much of the basic build done at Speedy’s workshop, Cody Scott at ProTune was tasked with extracting 750 horses out of the LS. Rather than fill the stock block full of good bits, Cody based the build off a brand-new cast-iron LQ9, wrapping it around a set of Wiseco forged pistons, Eagle H-beam rods and held together by an ARP fastener kit. The fuel-delivery system is a heavy-duty work of art, with a pair of Bosch 044 fuel pumps, Aeromotive fuel-pressure regulator, ASE fuel rails and a set of 1000cc injectors by Injector Dynamics. 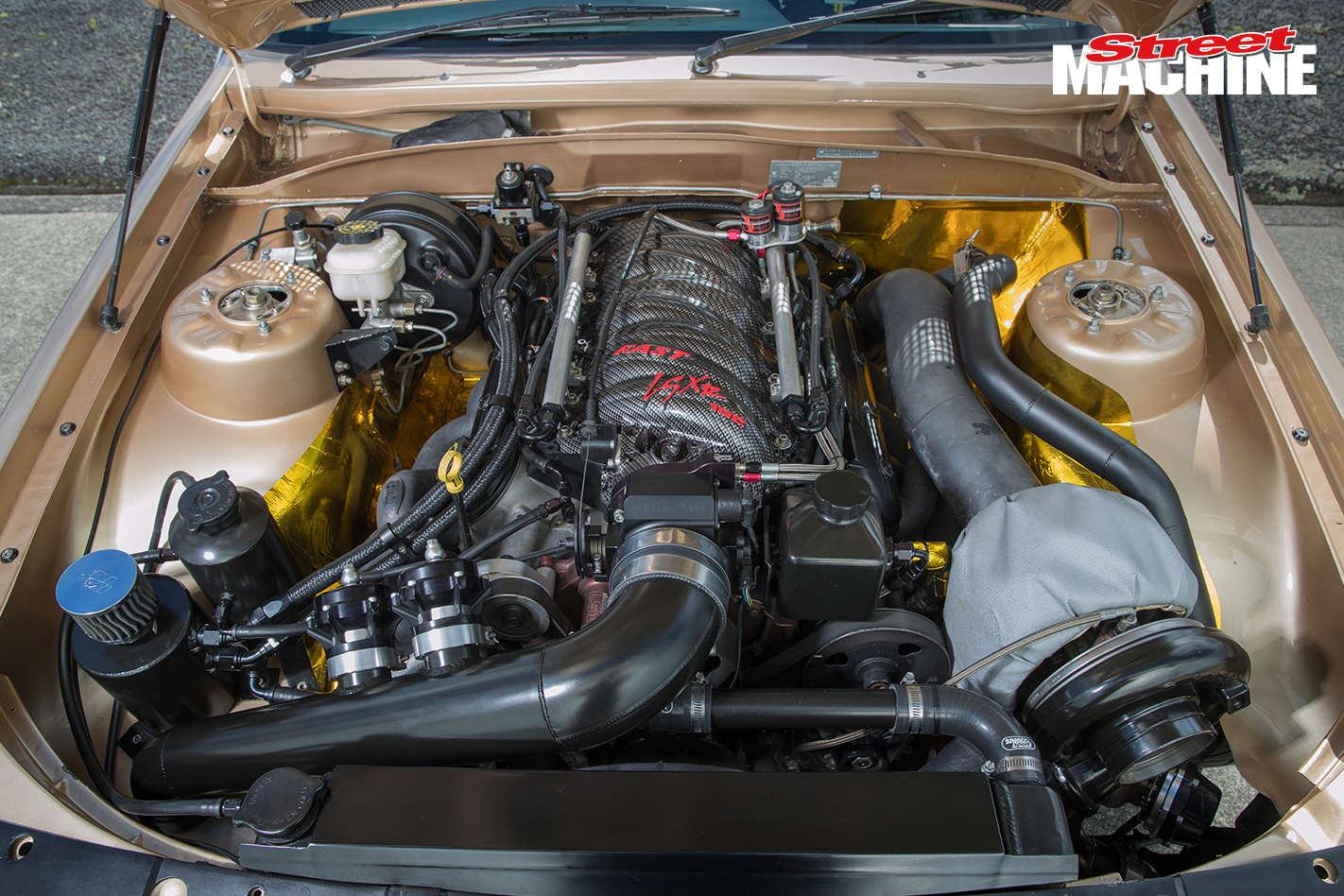 “We fitted a Sinco custom turbo manifold and a short exhaust that dumps before the diff,” Shyam goes on. “And once it all went in and it fitted, it all came out again.”

The Calais was shipped to Grant Walker at GT Refinishers for the bodywork. It took only a couple of months for him to primp and preen the tired VL body into something decent, delete the aerial hole and tidy up the engine bay. While it was being prepped for paint, Shyam was warned off his chosen hue of gold. “Again it was cultural issues,” he complains. “Nobody wanted me to go gold.” Clearly, Shyam ignored the naysayers! 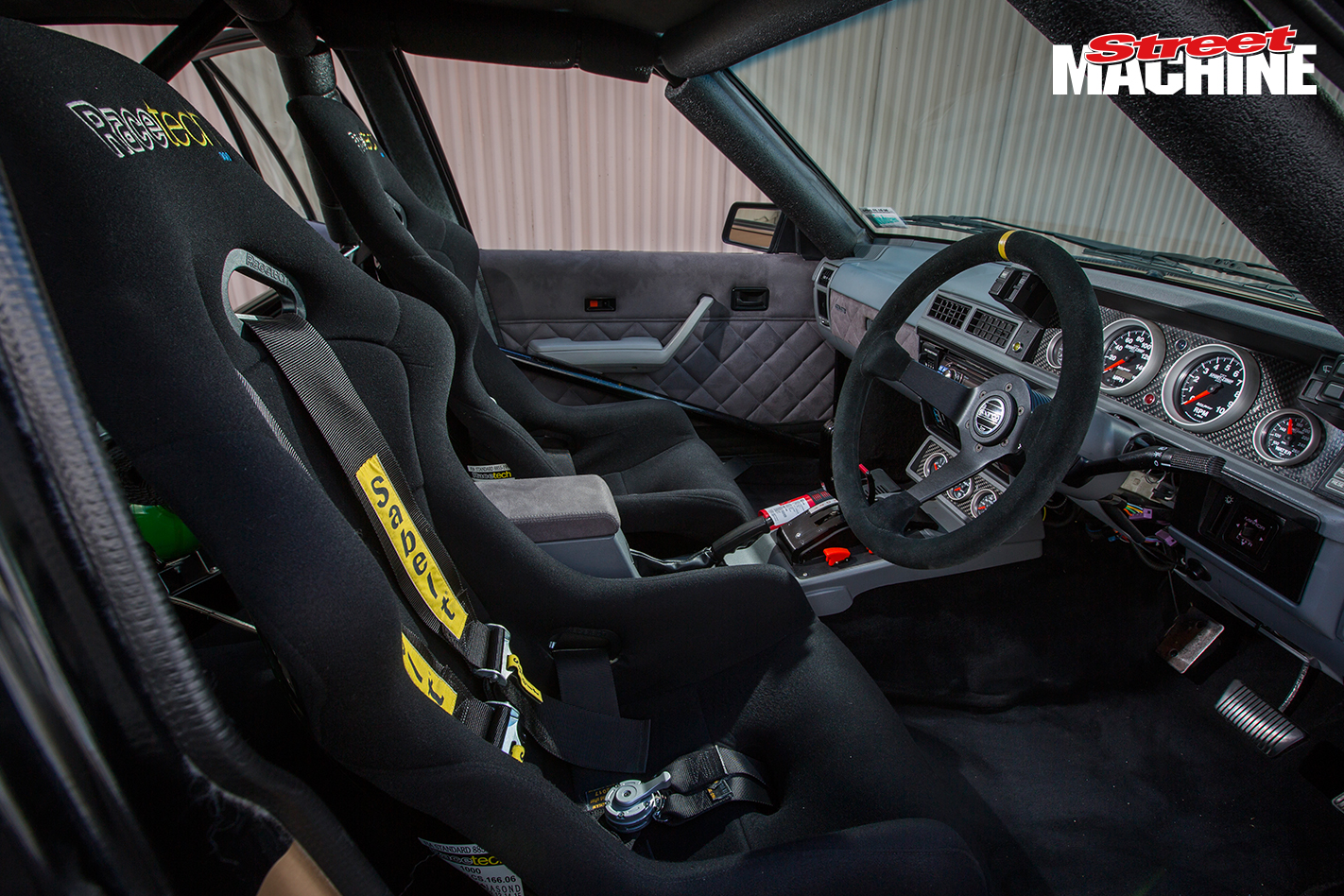 Only a couple of years after the build started, Shyam’s VL rolled out of Grant’s spray booth, ready for reassembly. Sitting tough on a set of VE GTS alloys, a race-spec interior and 750 horses of LS power up front, the build appeared finished. 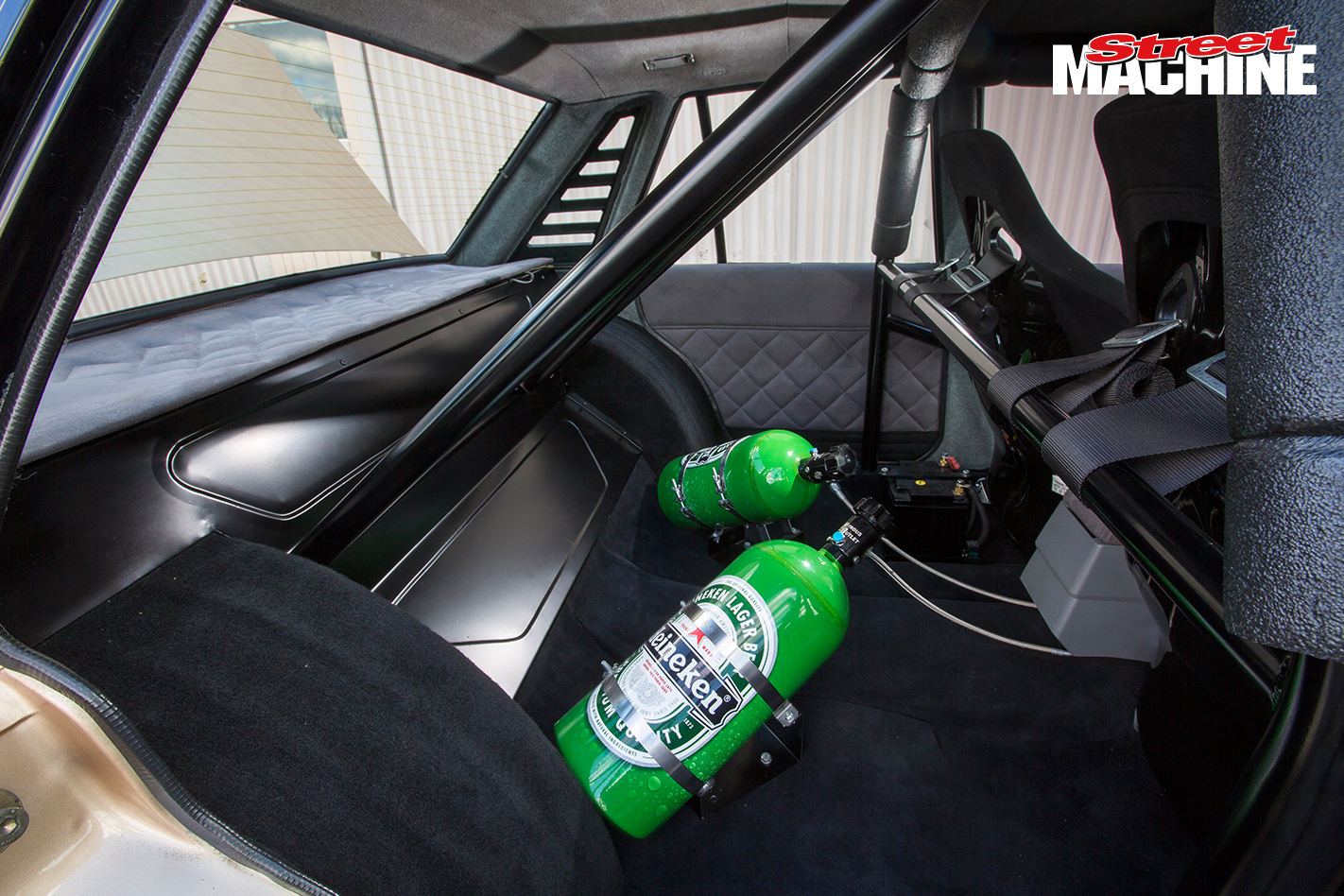 “I ran it like that for about 18 months; did a couple of Powercruises and took it to a few shows. But then,” Shyam pauses for effect, “I decided I needed Showwheels.” A 2013 trip to the US confirmed that. Shyam ordered a set of 20-inch KWC013s; 8.5 on the front and a full 10.5 on the back, direct from the Showwheels showroom in Anaheim. 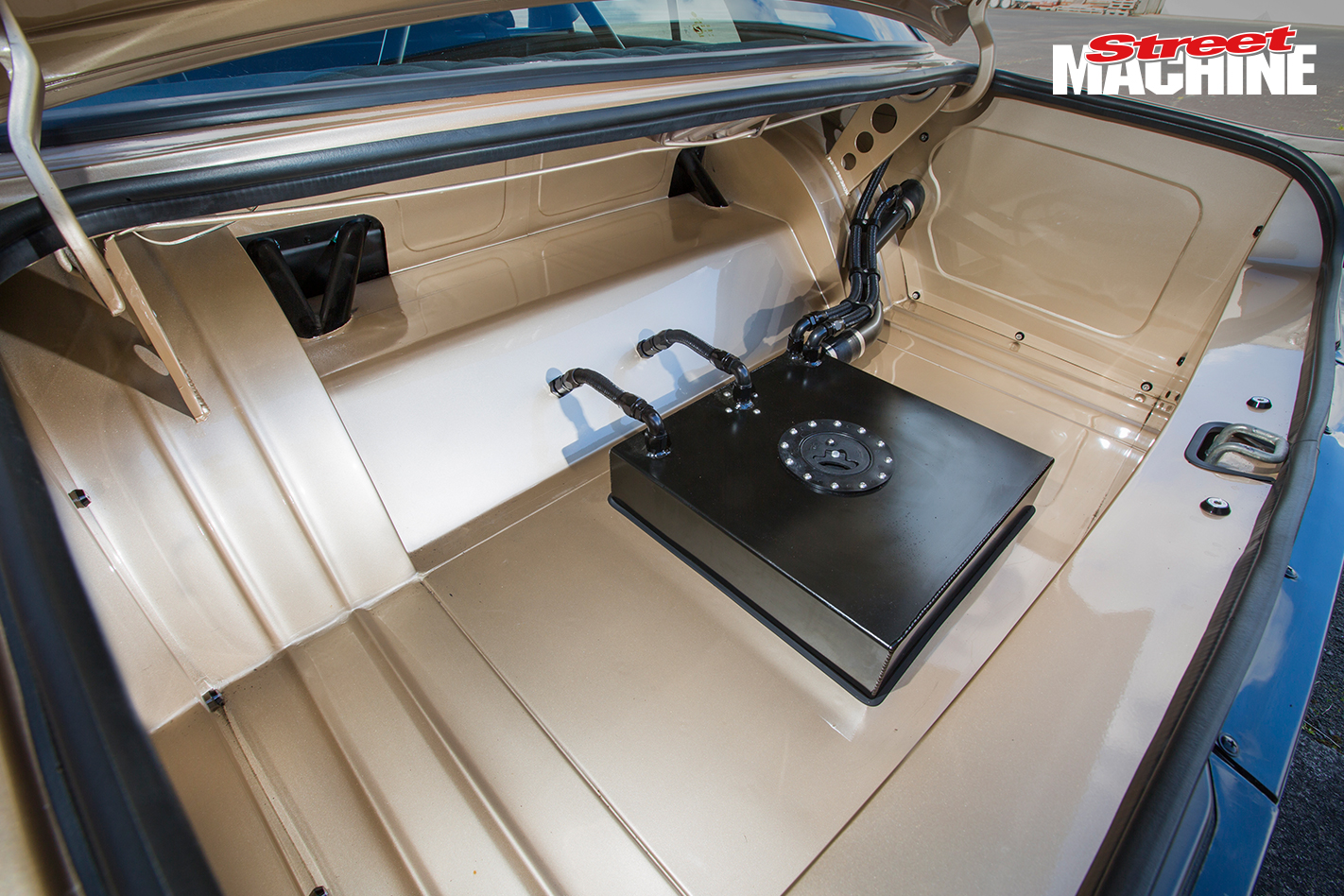 “I got told that 10s would fit, but I saw the wheels and knew they needed that extra half-inch of dish,” he says. “I just hoped they would fit.” Shyam’s hopes were in vain; the VL needed tubbing if those rollers were ever going to turn in anger. 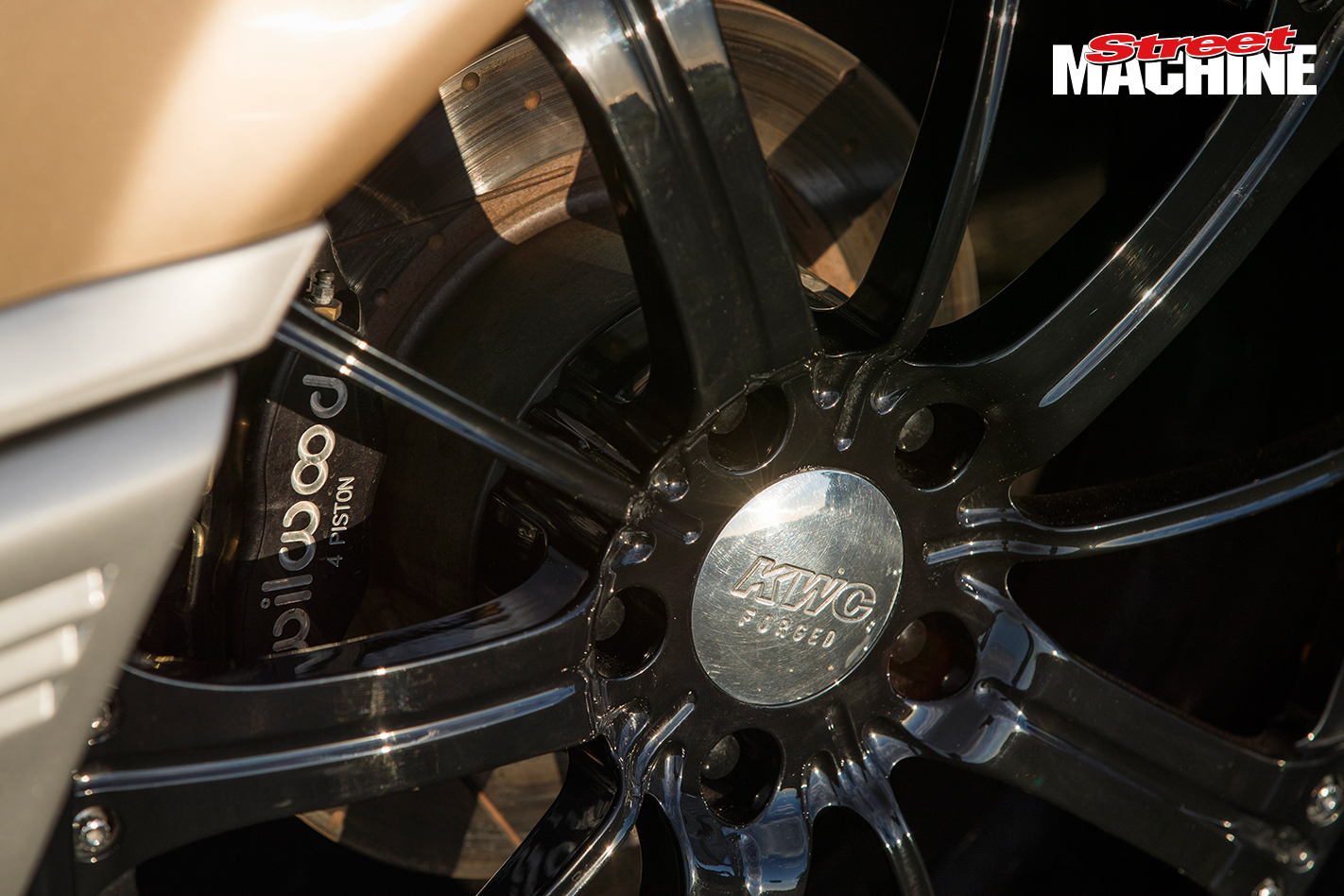 Enter Scott and Paul Webb, who were more than happy to mini-tub the VL out to the chassis rails, but they didn’t stop there. “Scott told me I couldn’t just leave the boot how it was; he reckons all stock VL boots look shit,” Shyam says. “So he knocked up some new panels. There was some talk about leaving it all black in there, but I figured if we were going this hard, it may as well be all gold.”

A sheet-metal boot doesn’t win races, but the trophy cabinet speaks for itself. The VL scooped Best Engine Bay, Best Engineering and Best Build Quality at NZ’s 2016 V 4 & Rotary Nationals in Auckland. Hang on, mate; this is a 9.90-second, turbocharged LS-powered VL Calais at a four-and-rotary show. What gives? Shyam is almost sheepish in his answer. “Yeah, lucky they have a V8 category, hey?” 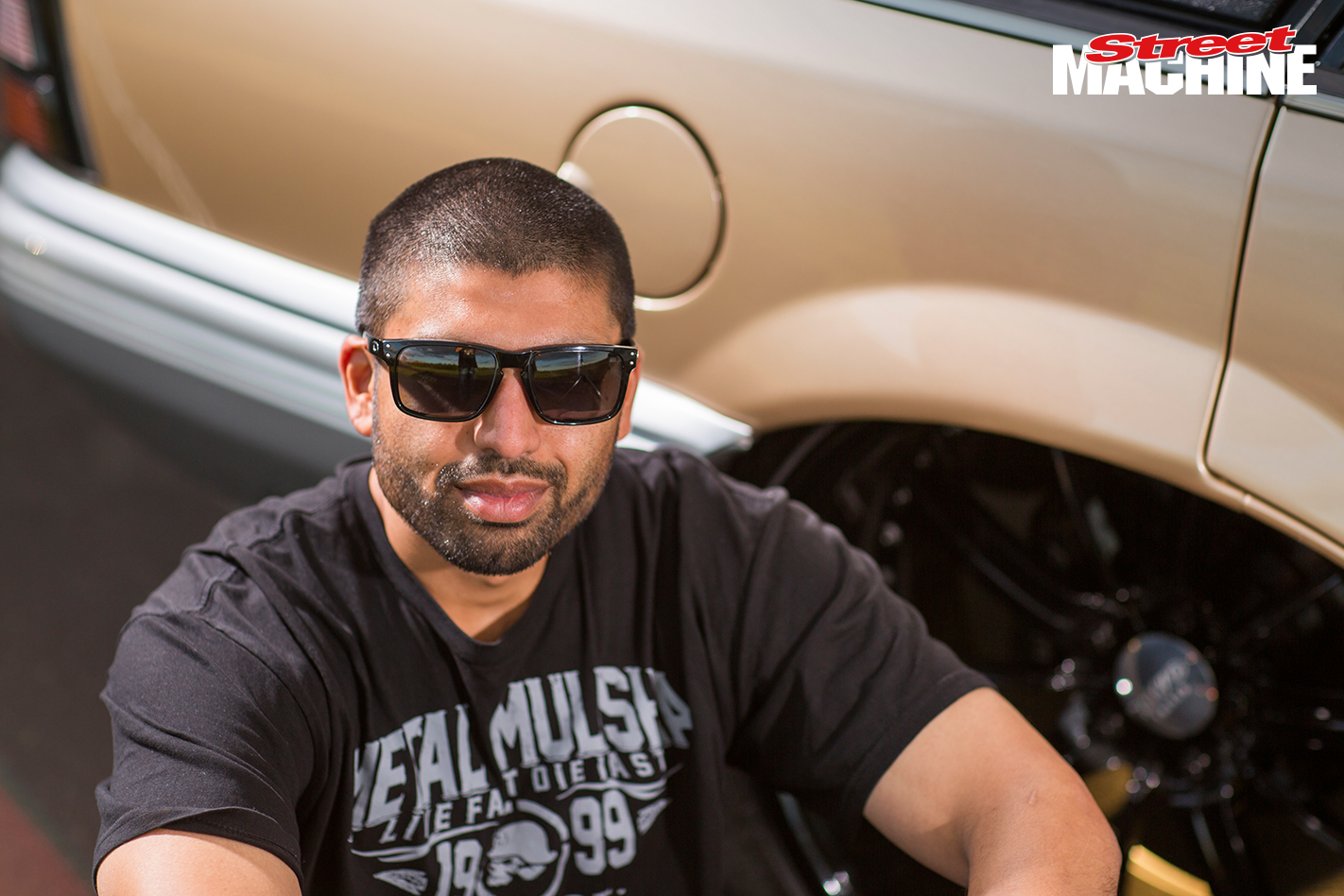 THANKS
All the boys at ProTune Automotive for getting the car ready on tight schedules; Wayne for tuning even on public holidays; Chris & Nick at Beaurepaires Tyre Shop for hooking me up for tyres to shred; Zac Wilkinson for setting up the four-link and doing the fuel system; Scott and Paul Webb for doing the mini-tubs and making the boot look phenomenal; Grant Walker at GT Refinishers; Karl Johnson; Ryan Johnson; Steve at Stitching Steve; Robdog; Azhar Bhamji; Troy Pitman; Richard Hoebergen; Crystal Boulger for the nagging; Steve Ellicott for drinking all of the beers all of the time; anyone else I’ve forgotten 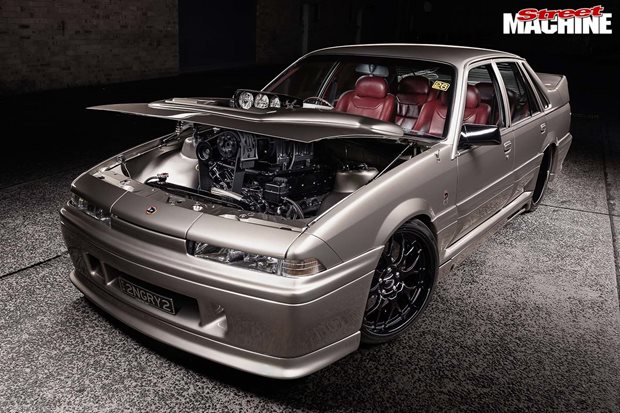